Why do I do this to myself?

1.8 litres of pure, naturally aspirated, diesel-fuelled, passive-aggressive french horsepower. A whole 59 of those horsepowers, infact. It looks like shit but it has absolutely no rust. 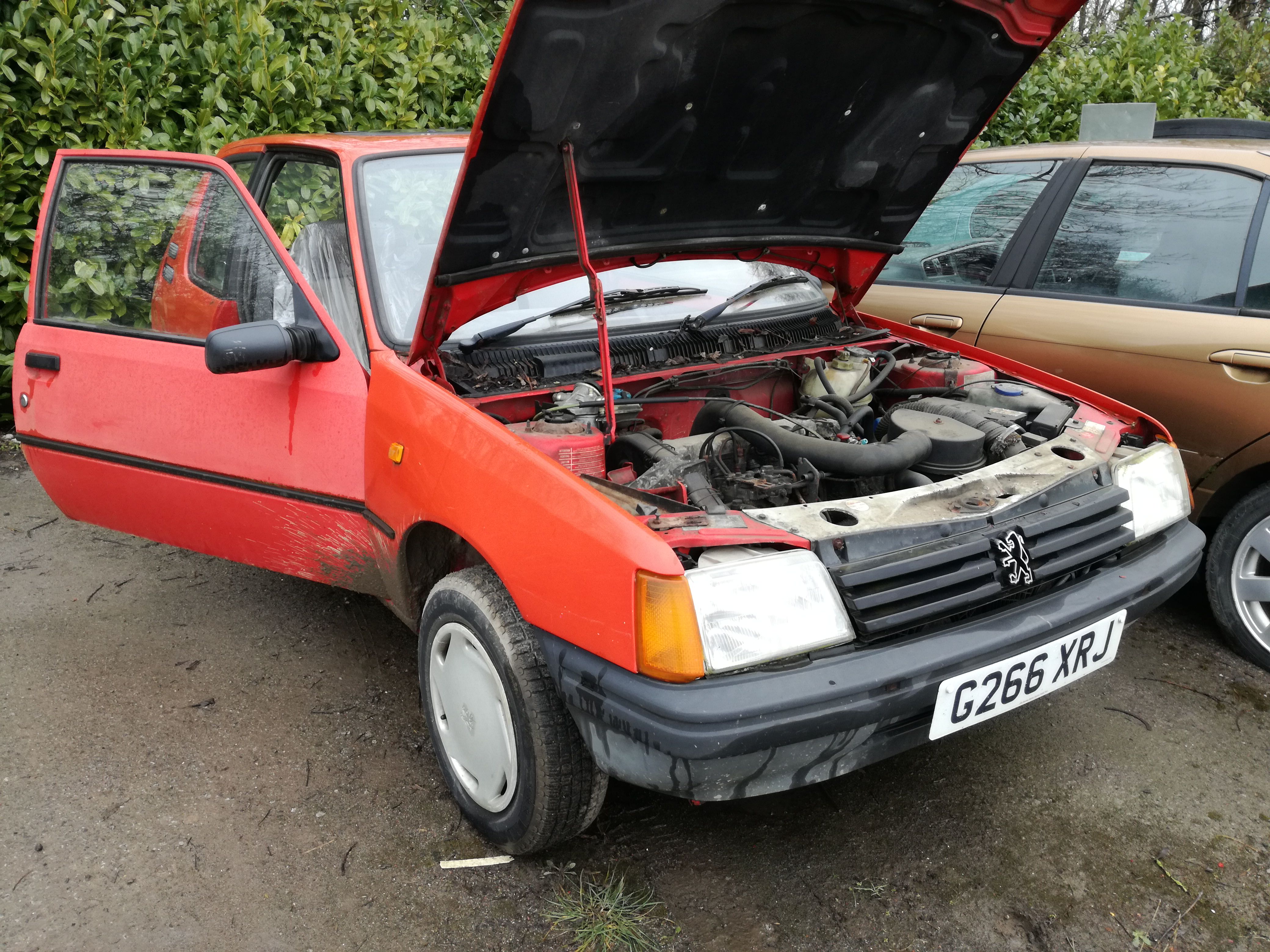 The era when peugeot made good looking cars

Absolute win, I still want a go. This’ll be a great car.

Oof, welcome to the diesel life, you can finally call yourself a man amongst petrol children now

Just a question, why took a diesel?
In france, car guys doesn’t like diesel because there was a propagand in the 70’s when we went to the nuclear (so we had to sold out what we call “fioul”, it’s diesel, because electricity is now made from nuclear station instead of petrol station) and a majority of car sold in France are diesel, exept from 2017, because there is lot of scandals about it haha^^

Anyway, I don’t like it in cars, I had a peugeot 206 HDI and it was soooo slow and boring haha, I prefer the sound of my micra engine

It was a good car anyway, exept for the electronics who caused the death of the car!

exept for the electronics who caused the death of the car!

Well, there’s at least one positive I can see with the old XUD in this 205 then…

I sincerely wish you all the best with getting this pug back into shape. Hmu if you sell it

I prefer the 205 as the 206 in lot of point.
The 205 is unkillable, no electronics and the diesel can run over 500 000 kms with a basic care. The 206 will probably have stupid problem only because early 2000’s was a disaster with electronic in cars

To be honest, I’d have been happy with any engine. However, I think the 1.8 NA diesel is the most “interesting” choice. While it is not powerful, it still propels the car well due to the car’s low weight. The main motive for buying this one, however, was the complete lack of rust. I have not seen a single spot of rust on this car yet whatsoever. I’ll go over it more when it gets delivered to me.

Considering the last car he tried to fix up and ended up selling, you’ll likely get a good deal from him.

I suspect the guy that bought that might not call it such a good deal, given that he ended up stripping it for bits because it was so knackered.

Are you guys doubting his ability?

Wherever would get such notions…

So far, the car’s had 4 new tyres (£80 for 4 brand new Toyos, thanks eBay), a service with oil that it doesn’t deserve, a battery that, again, is way too good for it and I’ve started tackling the interior (which I haven’t had the pleasure of showing yet). I’ve had it up on a lift, and it seems that the only things it’ll need to get through an MOT are a new exhaust, a fuel pipe and a single jubilee clip. I’ll update more when it’s passed it’s MOT 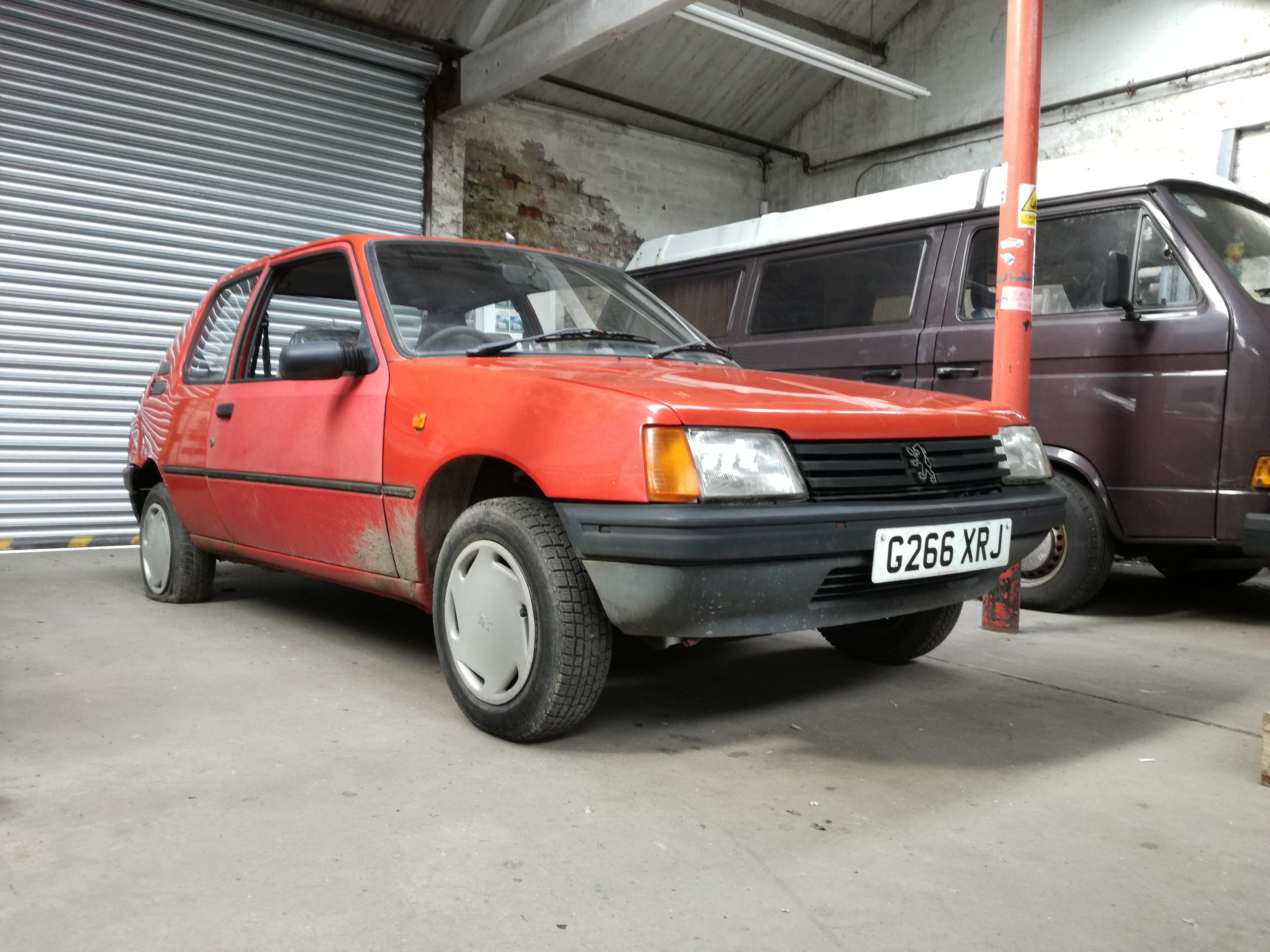 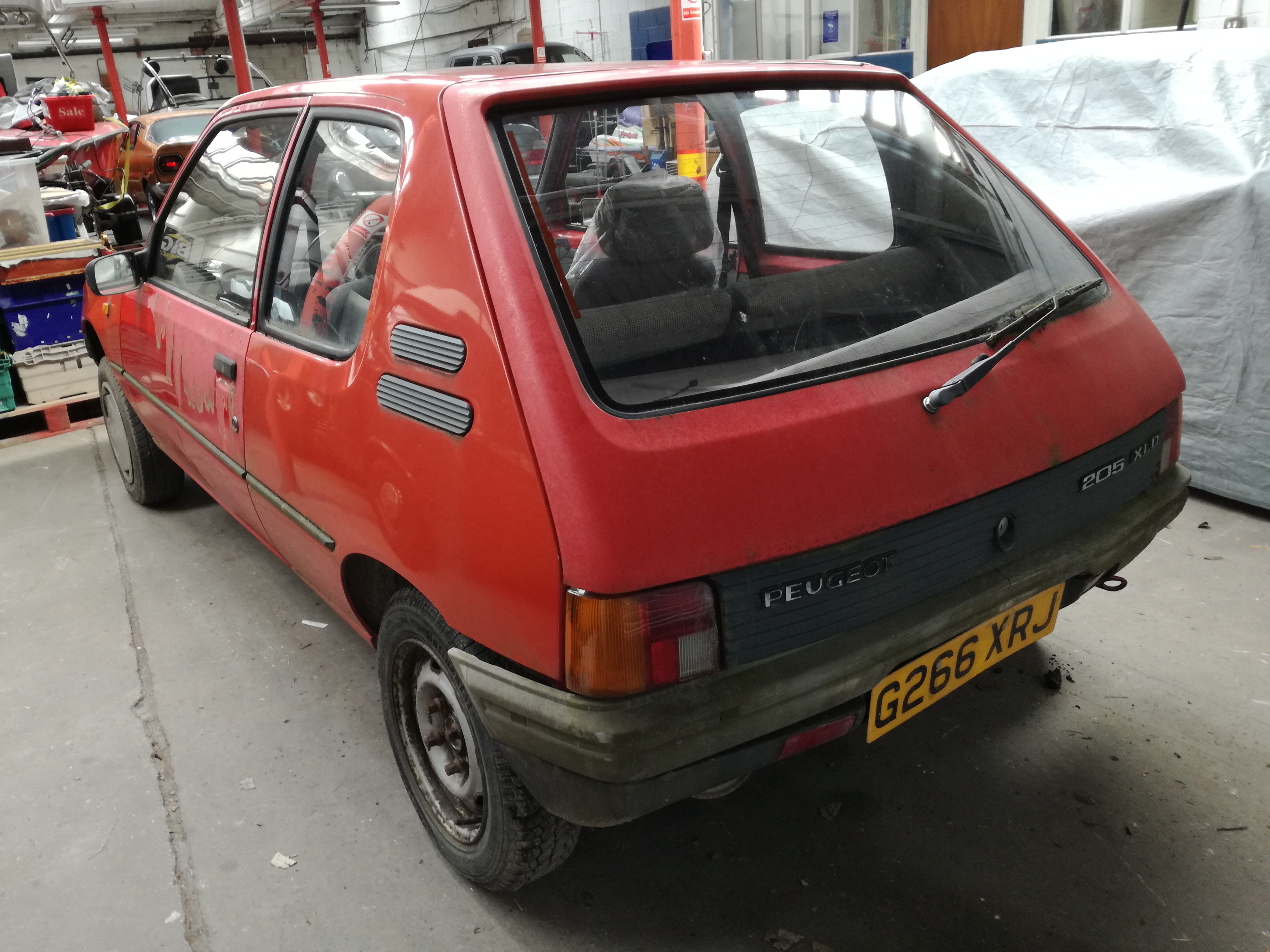 The dumbasses that I bought it off delivered it to my work whilst I wasn’t there, and in doing so they managed to roll it at considerable speed into the back of the trailer, cracking & denting the bumper and also slightly creasing the frame in the boot, behind the bumper. Kinda sucks, but it’s whatever. If the car was any nicer I’d be pissed. 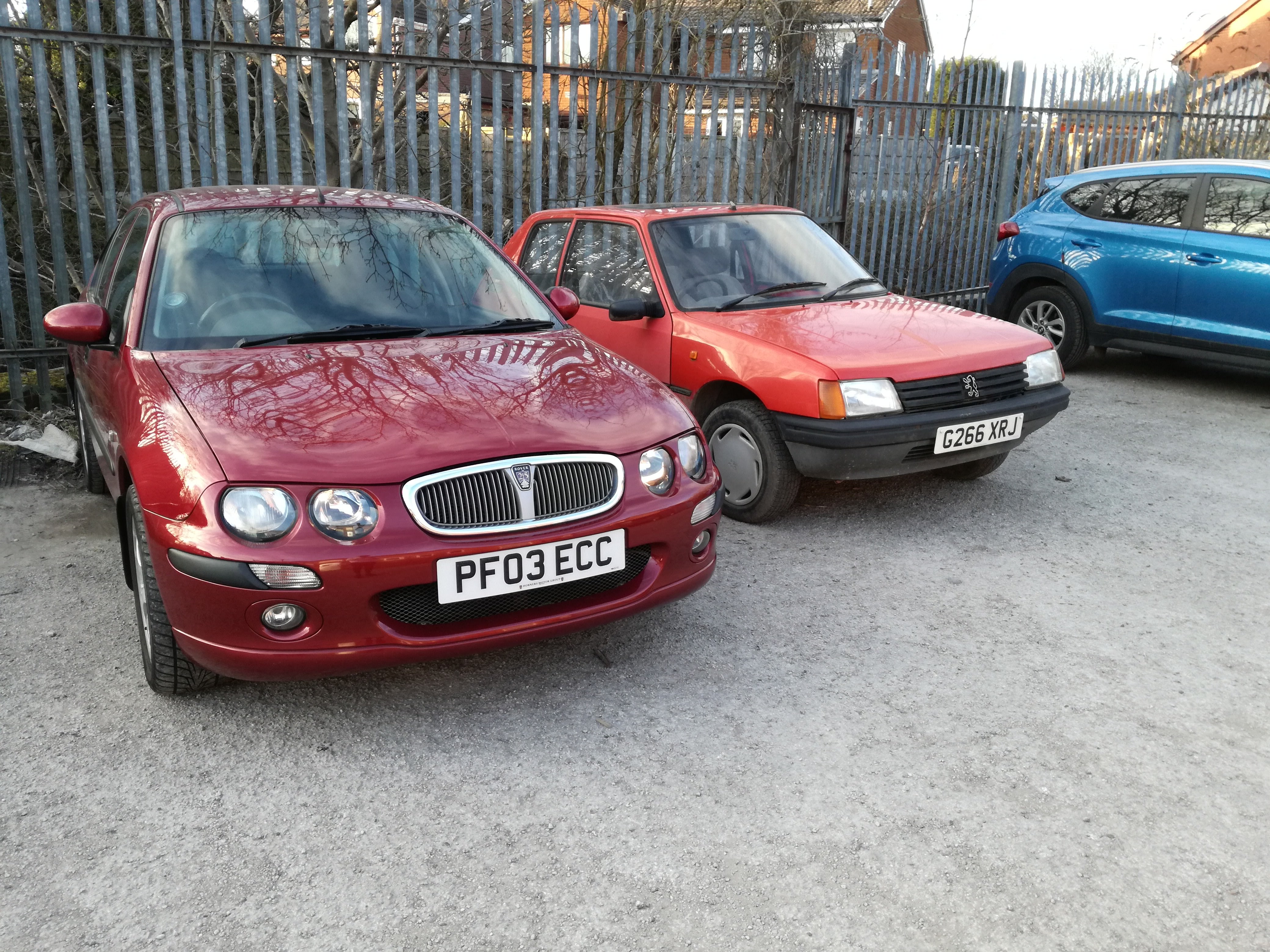 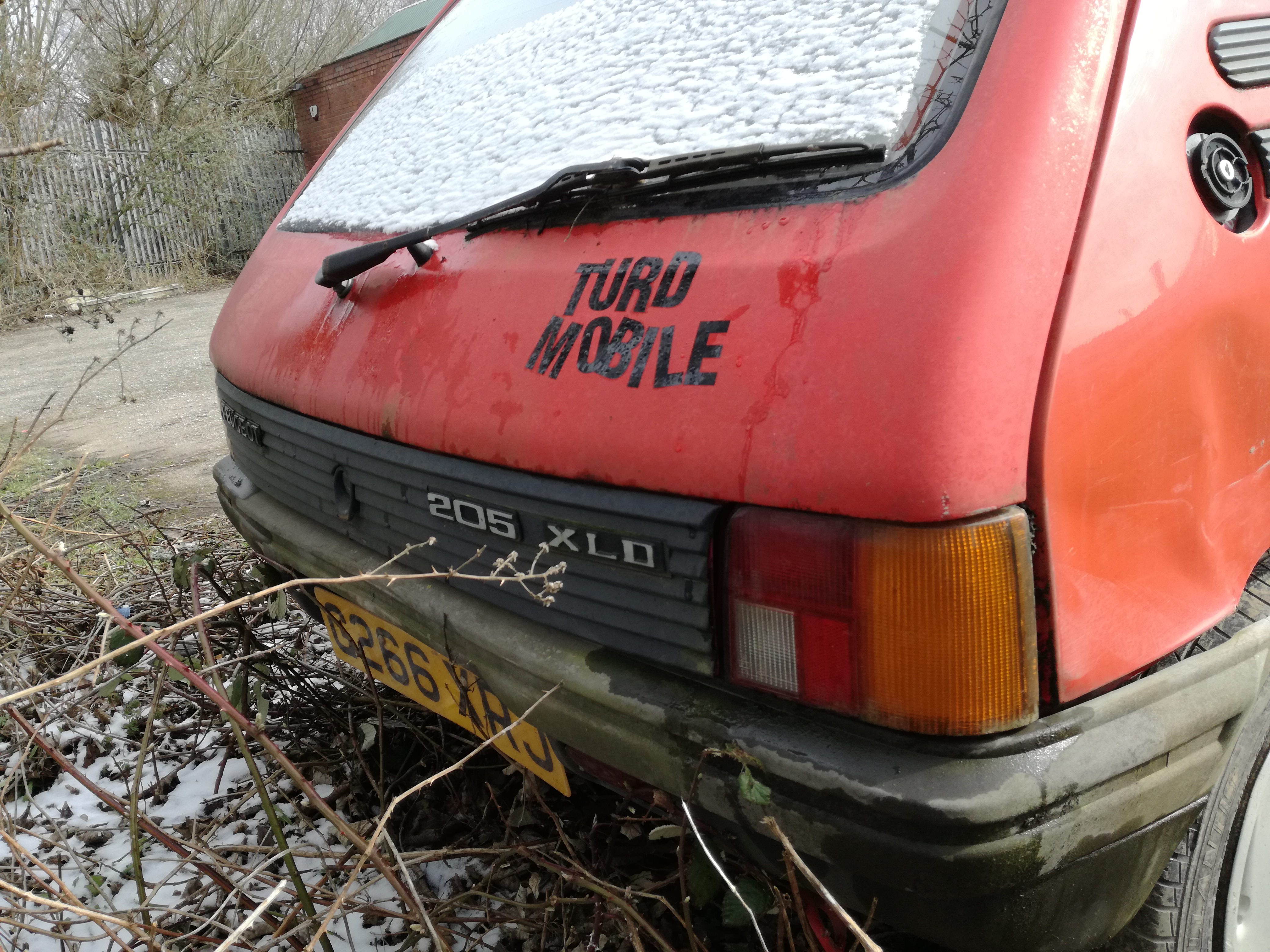 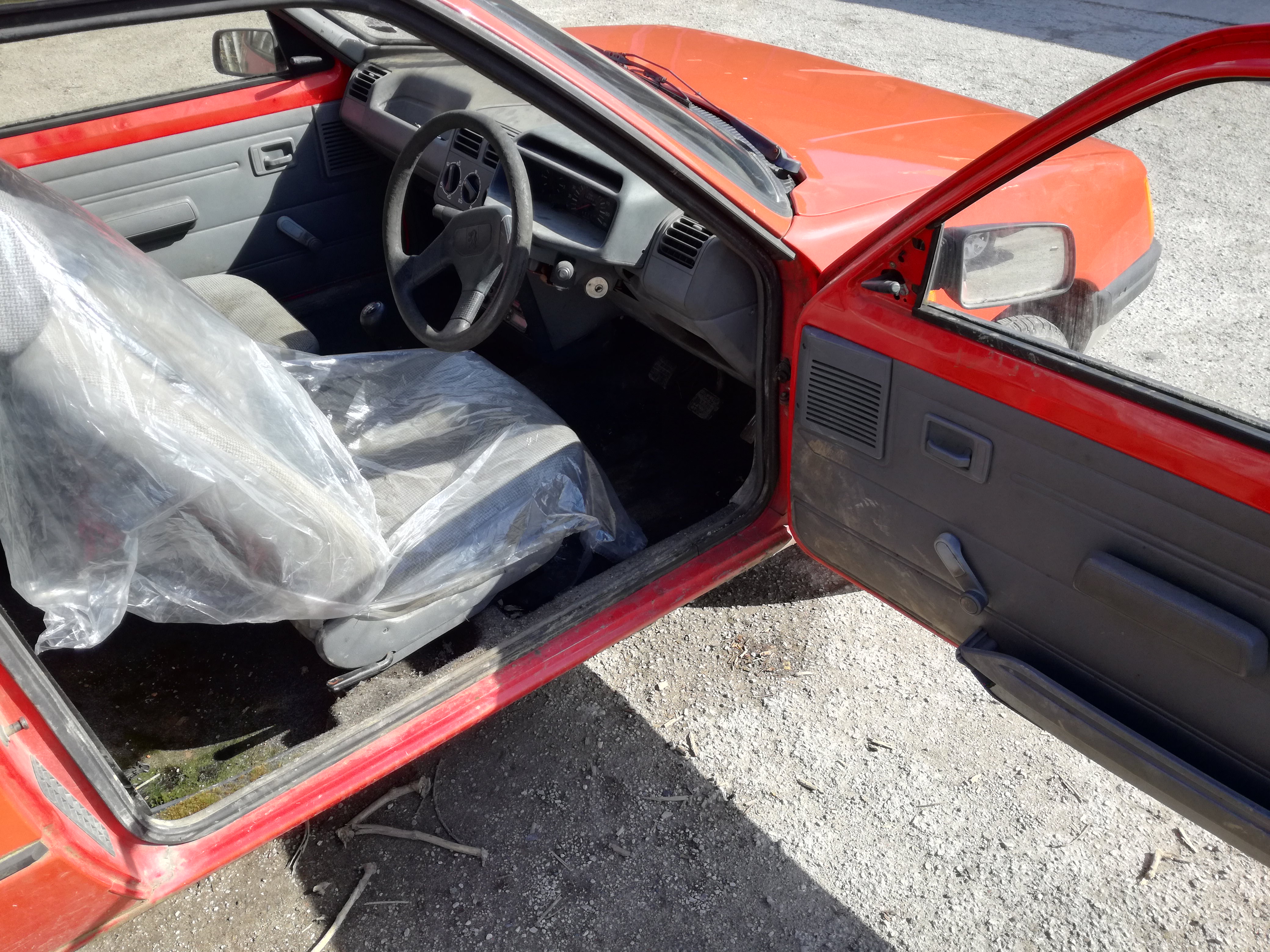 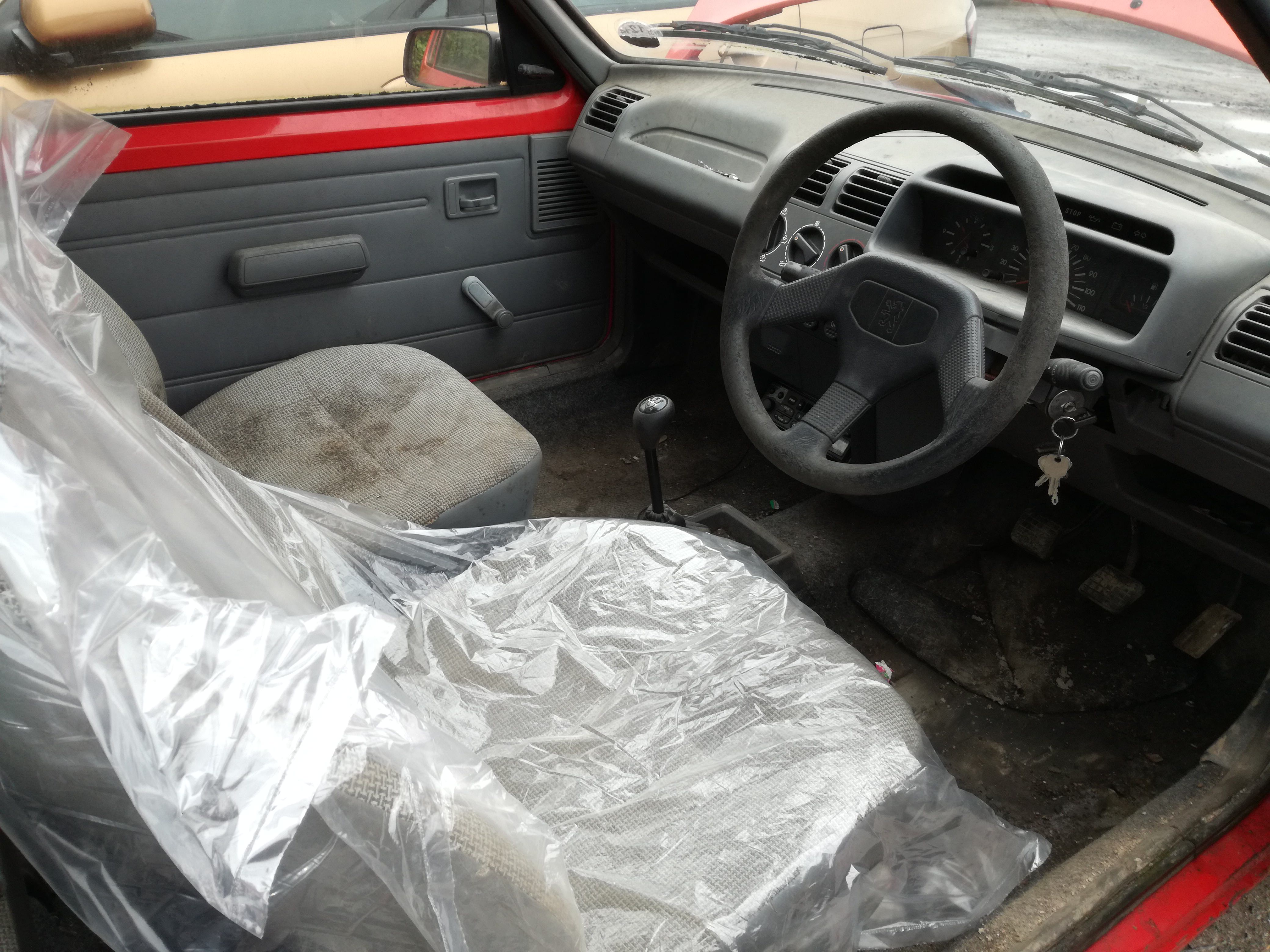 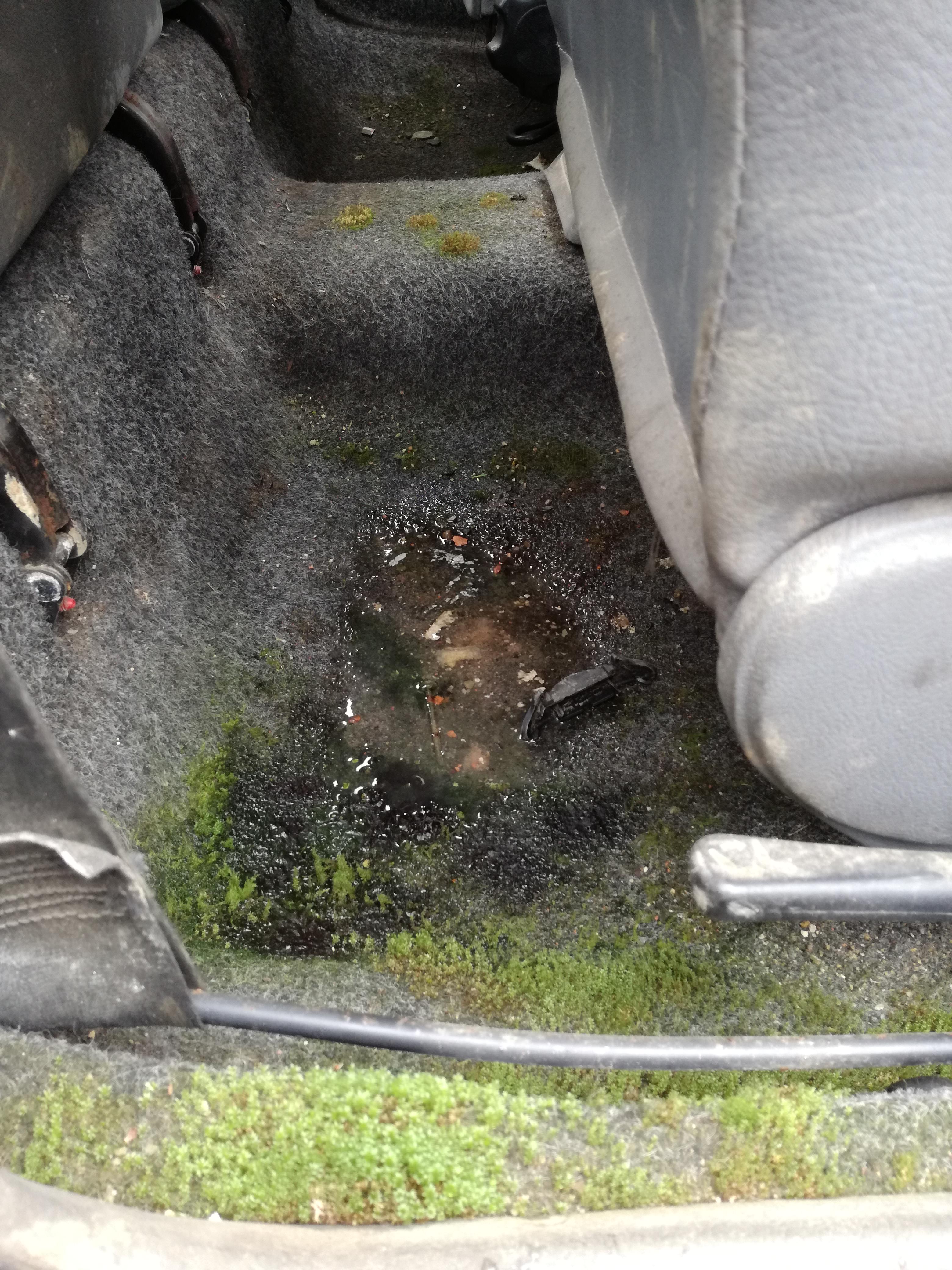 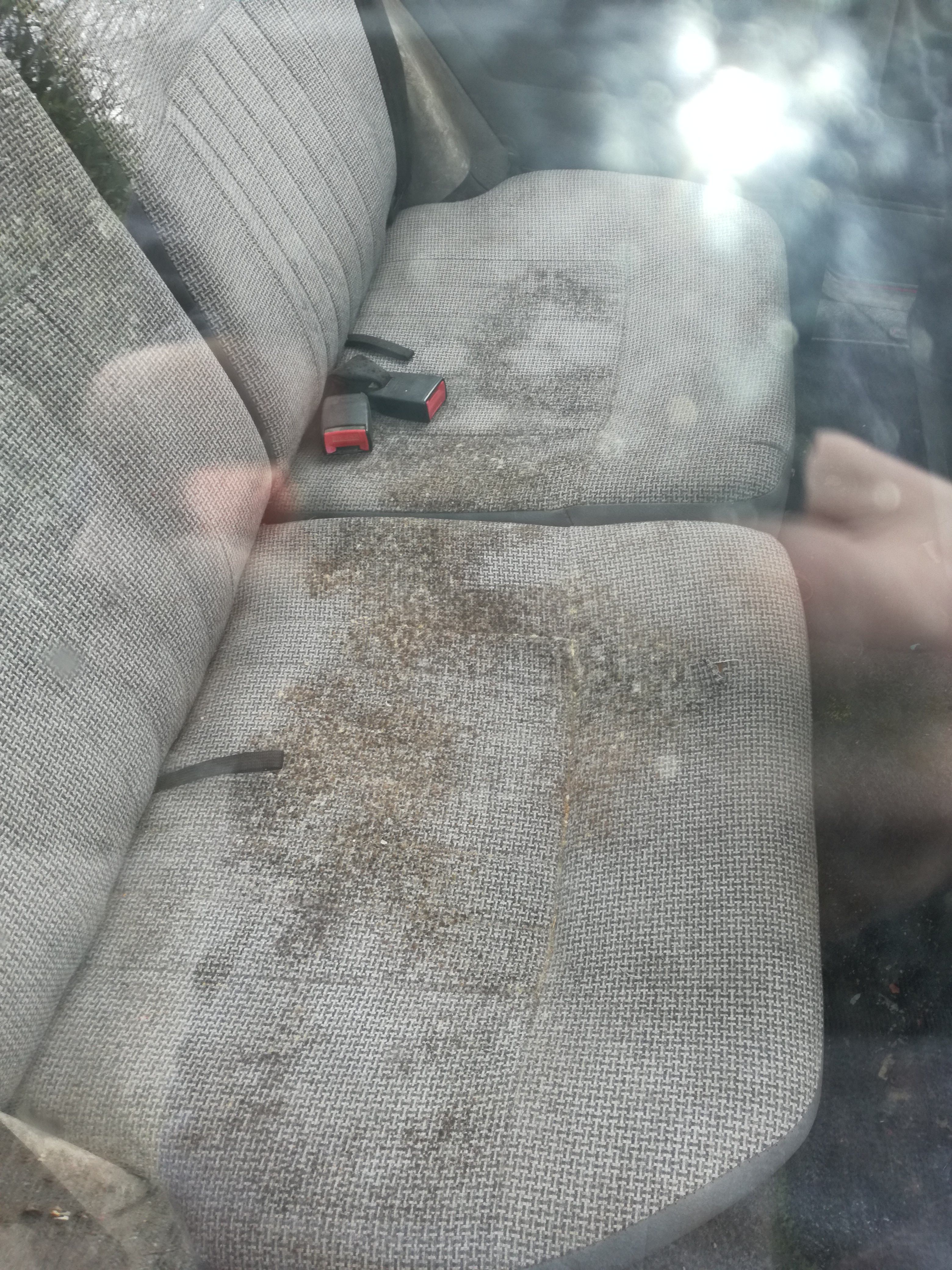 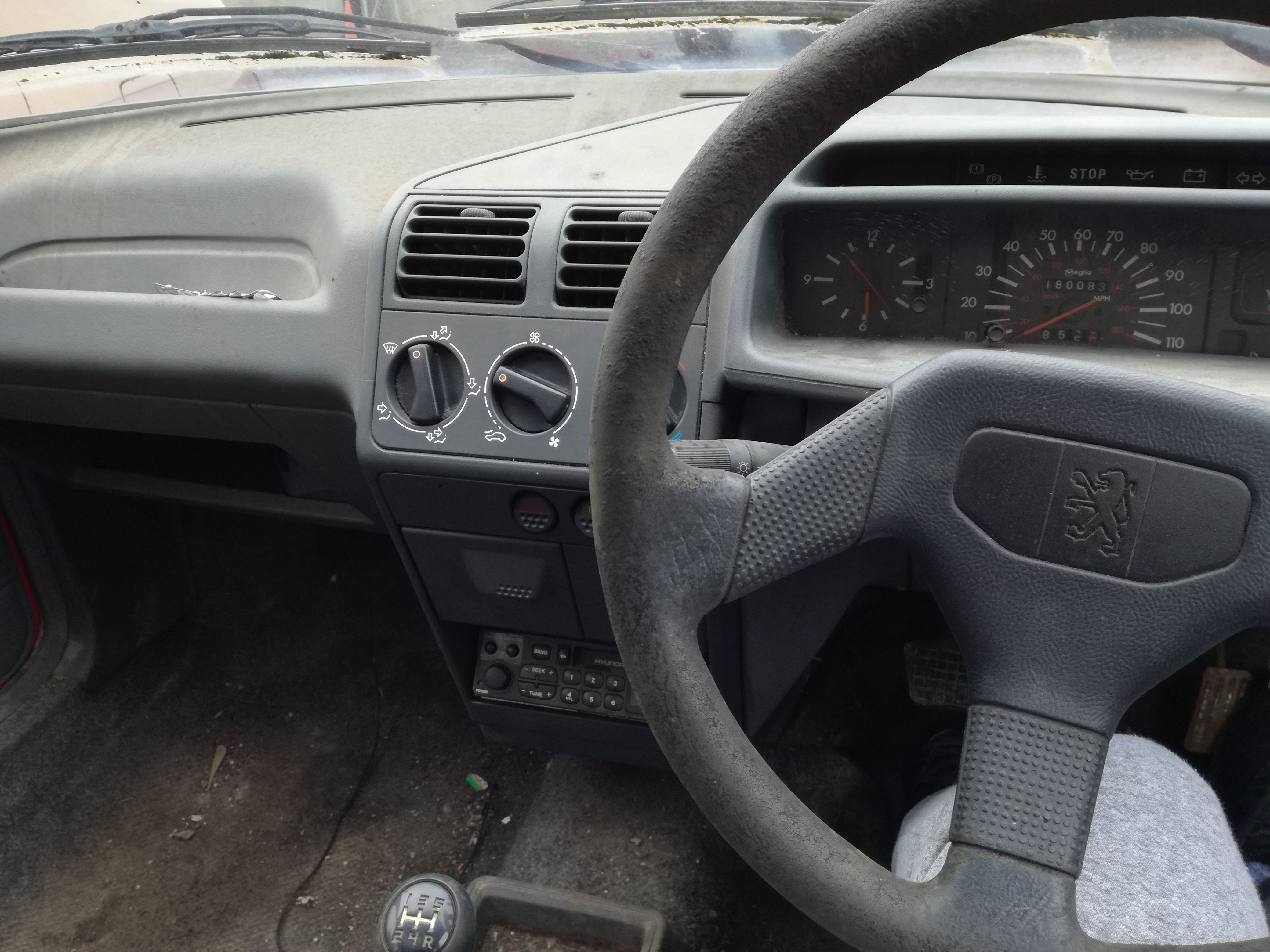 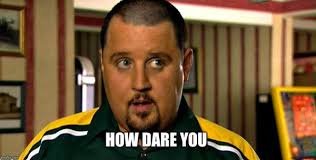 Christ, that interior would give a greenhouse a run for it’s money

New silencer, a whole £25 this cost me 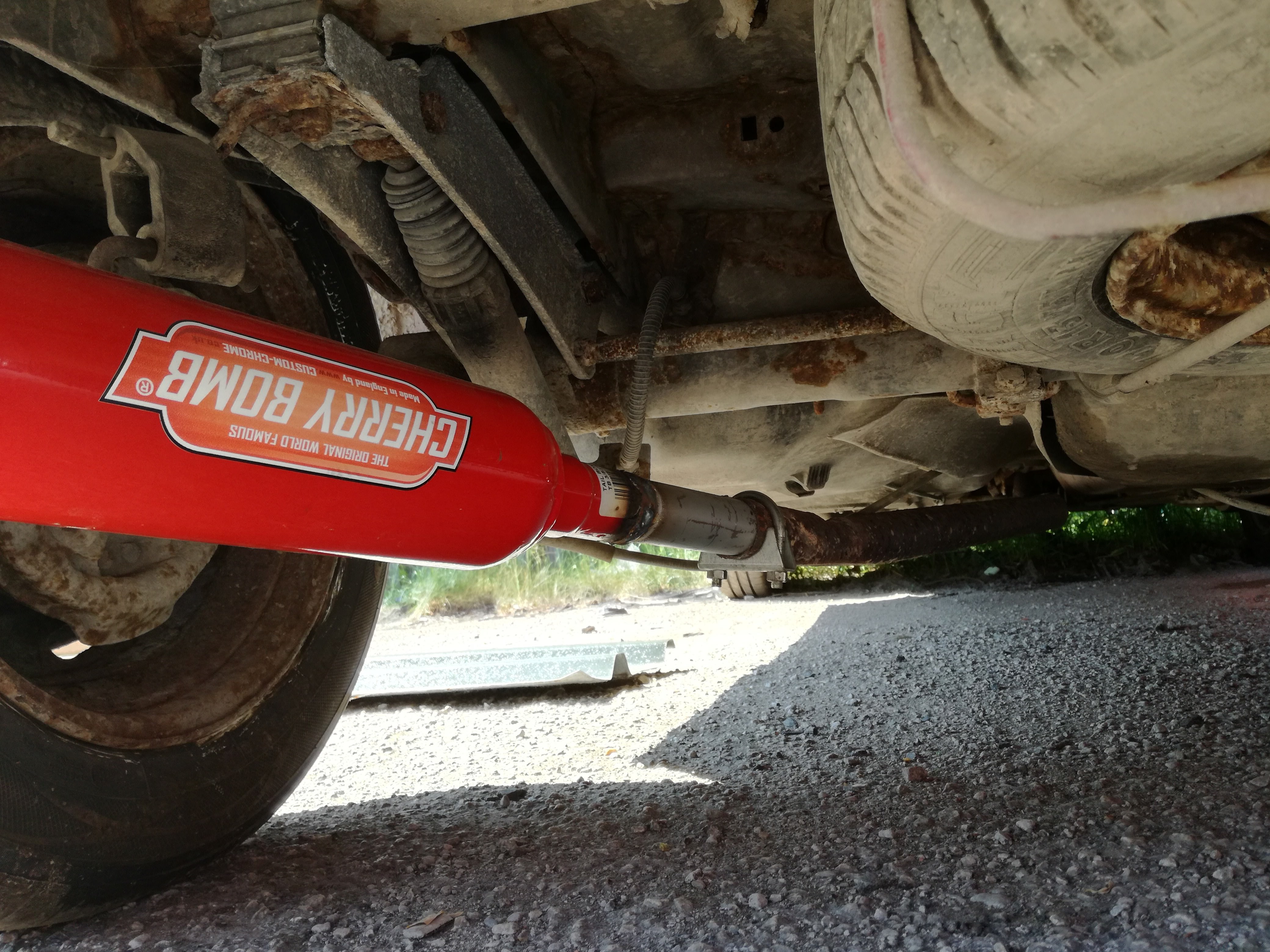 Also gave the interior a right good clean out, still got more to do which requires a wet vac: 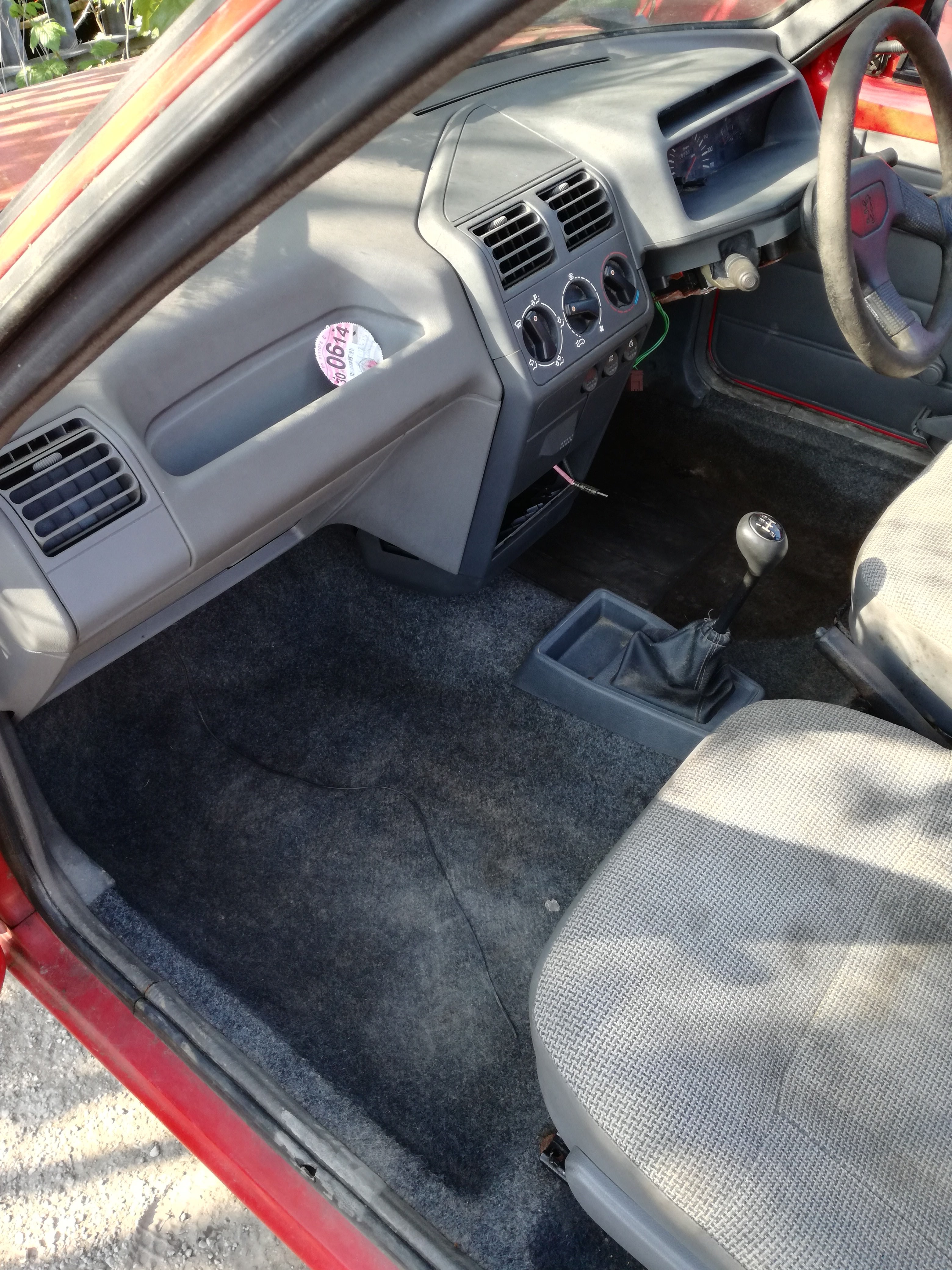 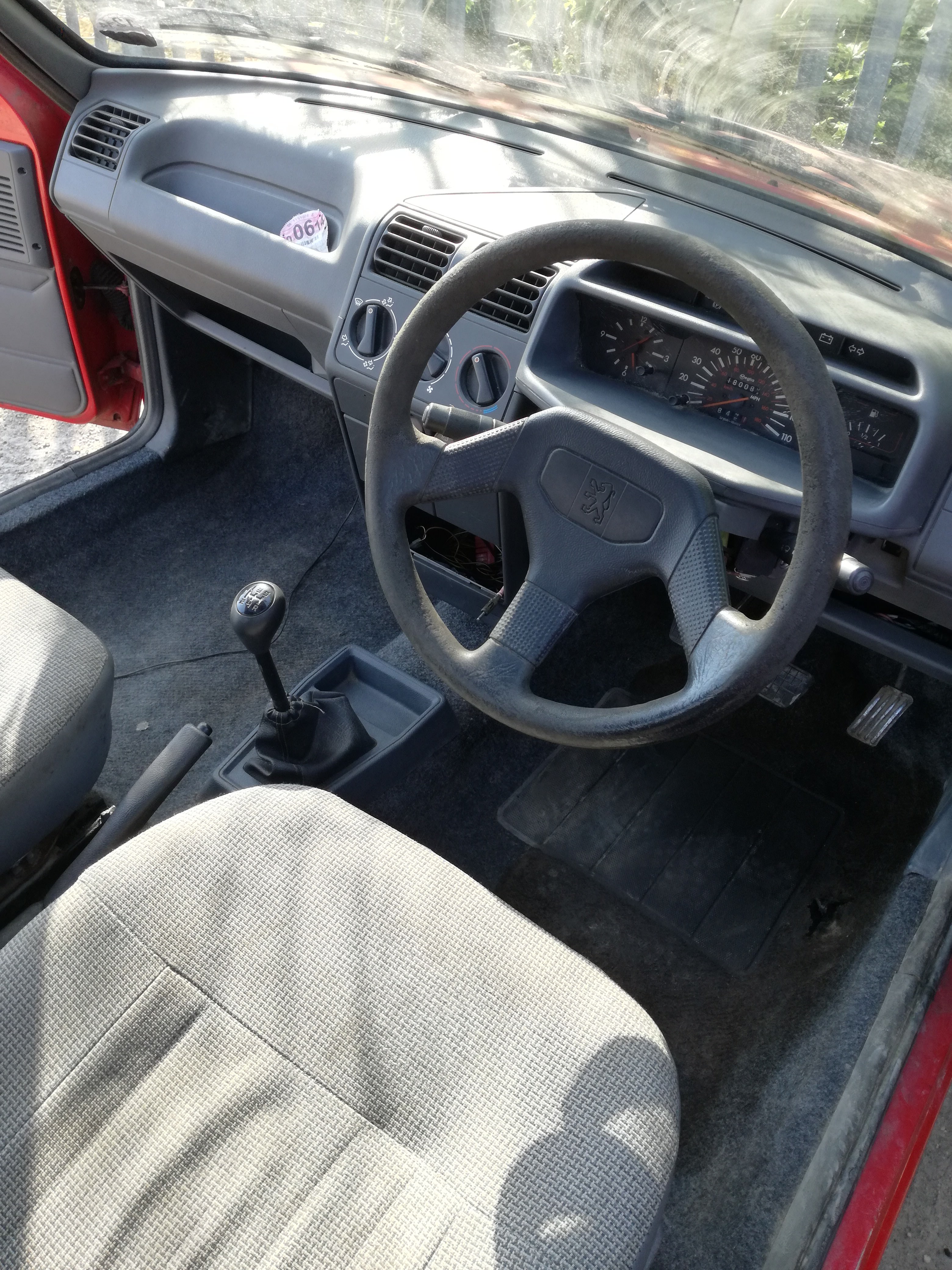 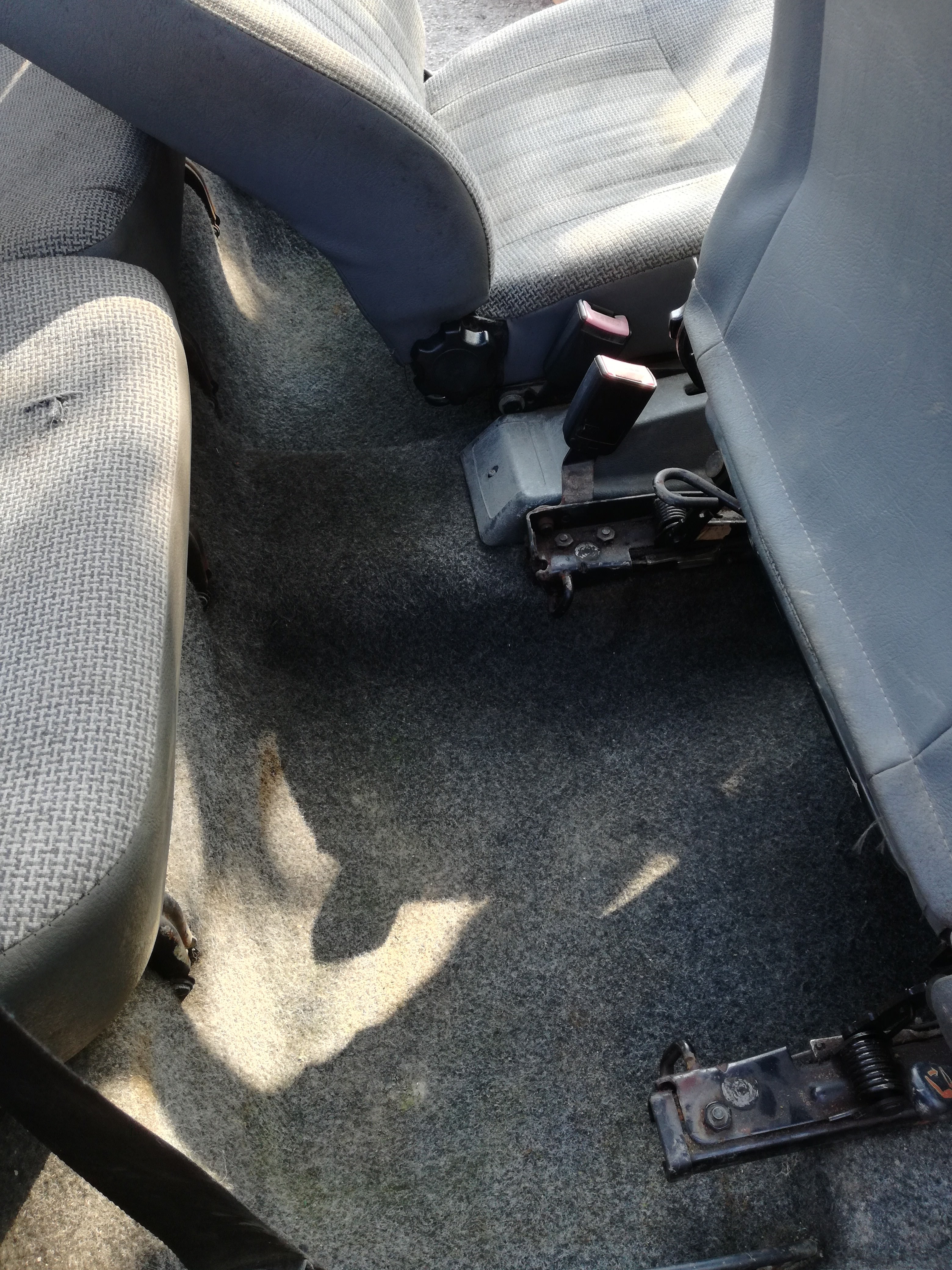 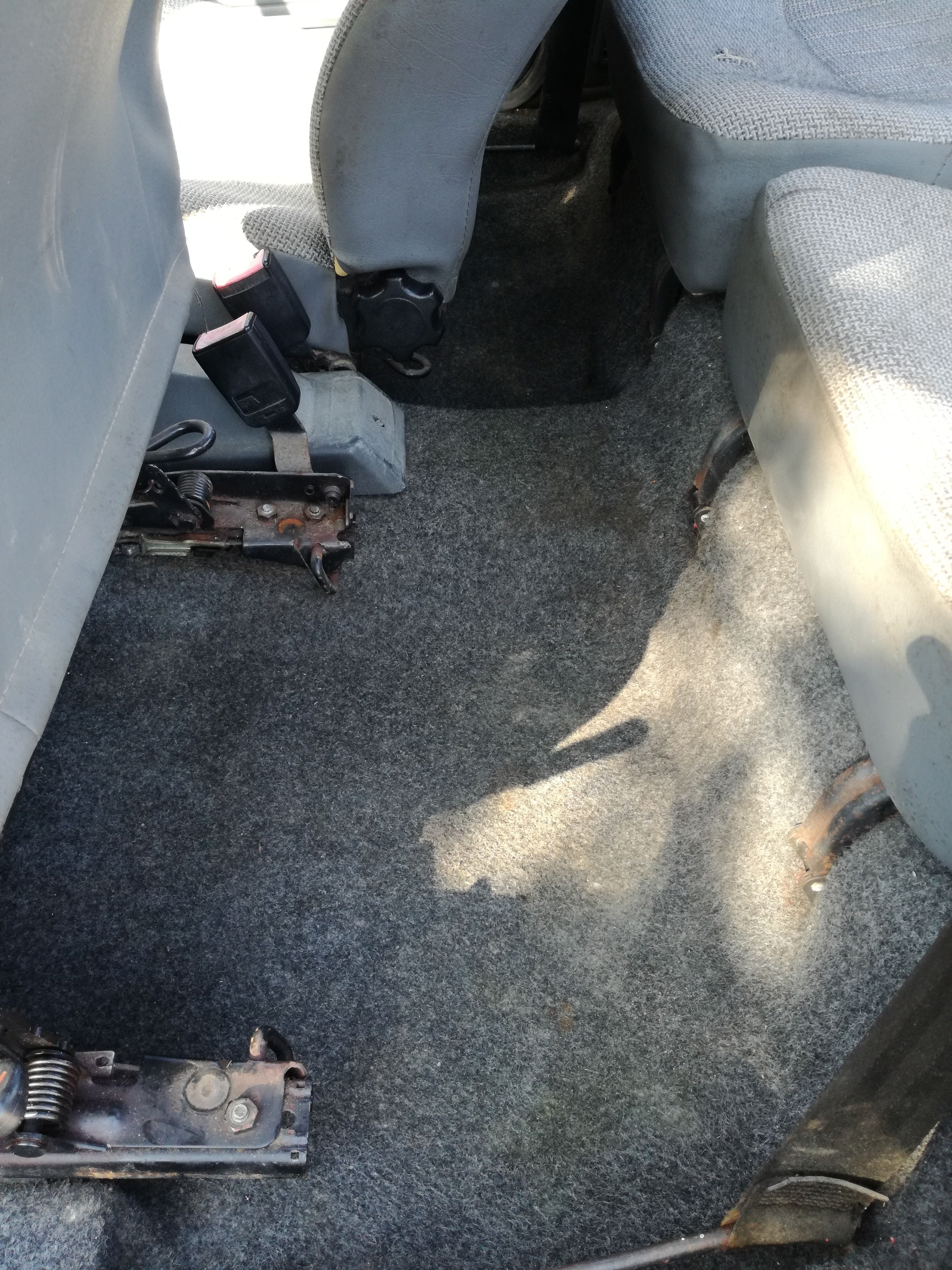 You can scroll back up to my previous post for comparison photos. MOT should be this week or next, hopefully. Seems to want a new indicator relay, so it’s likely to fail, but I’m mainly doing it just to see what else it wants doing before it’s road legal. Its time will come… More soon.

Gotta love the N/A diesels, what a beautiful car.