Got a couple of other small jobs done on this today. New air filter, new rocker cover gasket and associated seals, new PCV valve and seal. Still dribbling a bit of oil from the crank seal but that’ll get sorted when I do the timing belt.

Looks quite clean in there for 100k. I think the air filter was due for a change like. 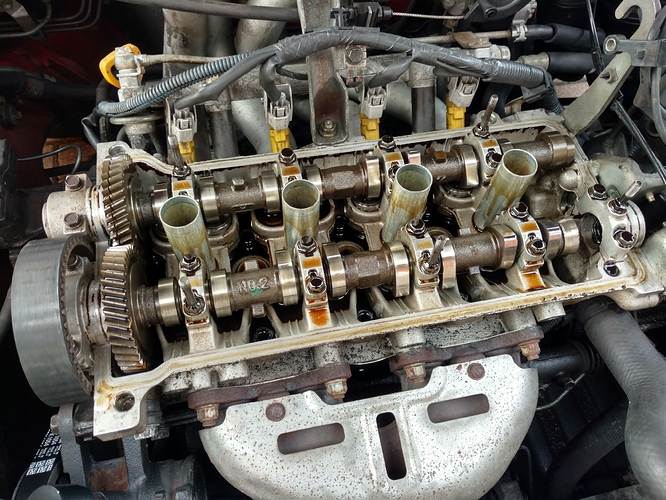 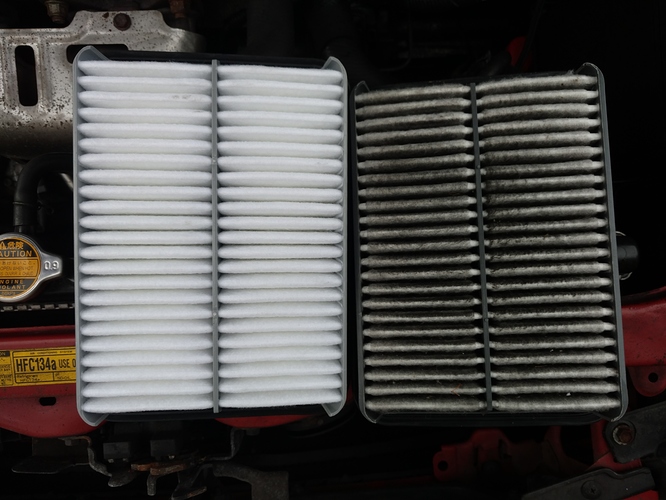 Nice looking engine, glad to hear the Corolla’s doing so well after the head gasket scare.

Yeah, against all sanity and logic I’m trying to keep holding onto this one.

Er apologies for the double post, despite what said above I think this one might have gone too far for me this time.

Ah I’m fine, I’ve been ill so the car has only done like 50 miles in the last couple of weeks or so. The car is not having a happy time of it though, and I’m pretty sure whether I get this fixed or not it’s time to cut my losses.

A rare old Toyota it may be, but it’ll never be anything more than a knackered old hatchback to 99% of people and it’s defeating the point of a cheap daily.

EDIT: I will put a disclaimer on this now. As you’ve seen above I did this once with the head gasket, it’s had it’s chance, but the more I look at it the more I will try and convince myself that I can do it and try and get some use out of the damn thing after pumping so much time into it already. It hasn’t actually let me down yet, which is the only thing I’ve always said would make me instantly get shot of a car.

It is DOHC with one driving camshaft and gears coupling to keep the second camshaft perfectly timed?

It is yeah, Toyota used this for a good while on belted F heads, G heads tend to have seperate camwheels. Similar thing to what’s in @Microwave’s Hyundai, he just has a cam chain at the other end keeping them in sync.

So er, as I alluded to above, this is sort of transitioning from a cheap daily to a light restoration now I guess?

I know it’s just an old Corolla but it’s getting to be a rare thing, I like them a lot, and I’ve got some personal attachment to it for other reasons. I’ve failed at keeping it as a beater but never mind, I’ll make something good out of it.

Have a grim looking “before” picture on a typically grim day, work will be starting properly on it soon. 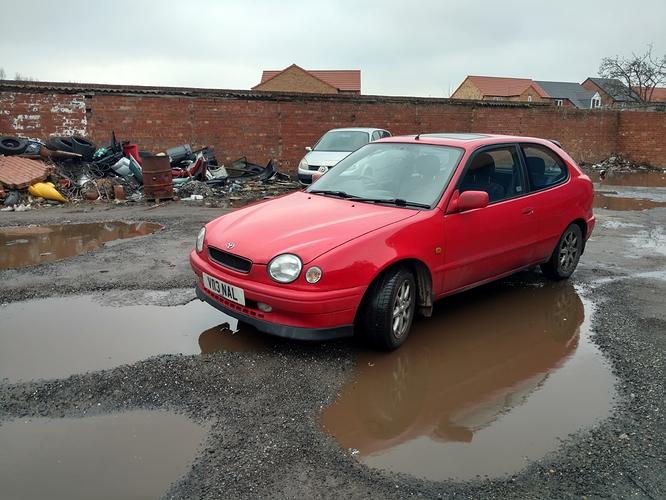 There’s not that much left mechanically to sort out now, there’s a massive oil leak sprung up which will be getting done ASAP (the problem above, the rear main crank seal seems to have popped entirely now exactly like my old purple one did) and some smaller leaks at the other end of the engine. I’ve also got the front brakes to sort out and one of the rear calipers is sticking.

Salt is starting to clear off our roads now as well which is nice, so bodywork and wheels will hopefully be seeing some improvements soon too. I’ve been quite ill the last few weeks so progress has been slow and it hasn’t even really been driven, I’ve just been doing odd jobs like that valve cover gasket when I’ve been well enough.

If it was anything else it probably wouldn’t be getting this treatment, and I’m fairly aware that I will most likely be this car’s last owner, anyone else would have cubed it when the head gasket did it’s thing. These are my thing, and I didn’t want to see it meet it’s end like that. 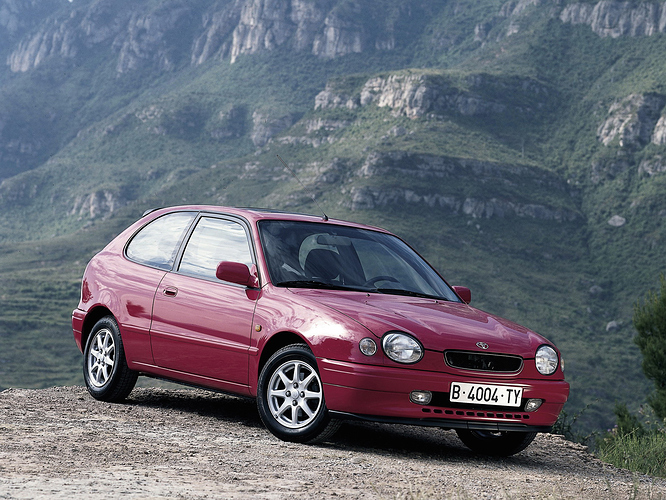 As they say on Top Gear, cue the music.

(Seriously play it, it makes the following essay much more action packed)

This last week or so I’d been starting to feel a little better so I wanted to get some progress made on this sharpish once I’d commited to it.

First off was to give it a damn good clean so I could see which bits of bodywork needed attenting to later. I already knew some rust was creeping through the rear arches, but the rest of it was impressively solid for it’s age. The photo below doesn’t really do the amount of crap I scraped out of the rear arches justice, it was well packed in and just holding water there. 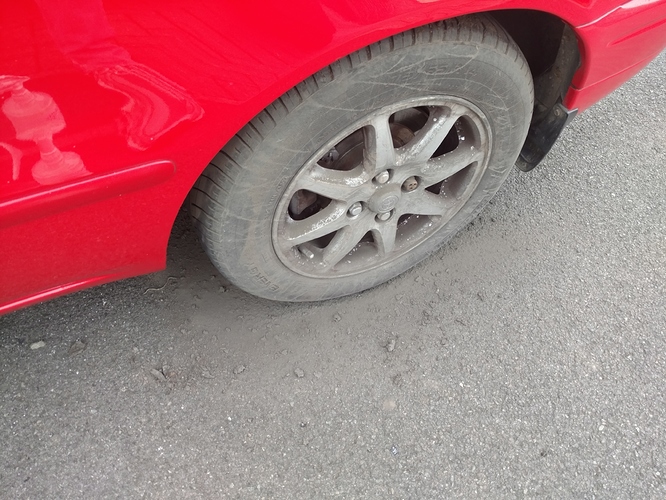 Sills are in great condition which is nice, not uncommon for them to be bent/rotten on these due to poor previous jacking. 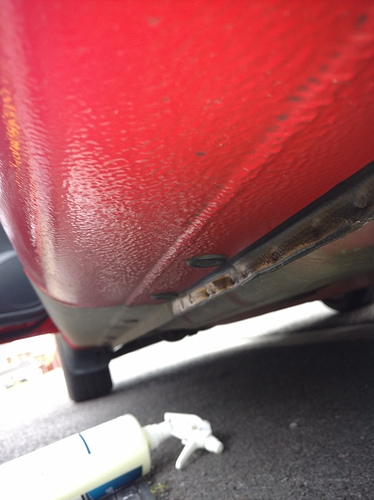 The paint needs a damn good machine polish to be honest as there are a couple of areas where the fade is too bad or there are surface scuffs, but this will do for now and gave me a better idea of what it needs where. 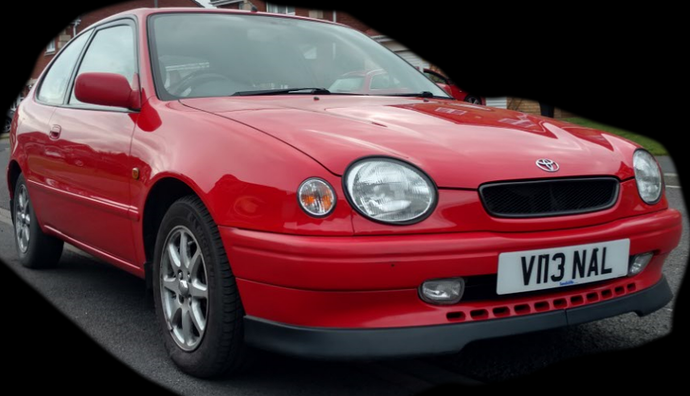 Next up was to get that oil leak sorted. It had reduced drastically after a few runs with that new PCV valve in place which was great, but I still seemed to be getting some from what I suspected was the rear crank main seal. As everything was coming out anyway and there’s nothing in it’s history about a clutch, I decided to order a new seal, clutch kit and some poshish gearbox oil.

I should mention at this point that since I got it, the car has had a funny rattle under load between 2000-2500 RPM that to me sounded like knock/pinging. I had worried since having the head gasket done this would cause it to go again, but datalogging the engine showed it appeared to be running perfectly and the knock sensor detected nothing. I suspected the knock sensor had perhaps taken damage from a previous overheat, or I had the wrong plugs or something - as I’ll get to in a minute, I should have just trusted the car when it told me it wasn’t knocking.

I entrusted the clutch job to a local mechanic I’d never used before, and I can’t praise the guy highly enough. You’d think he’d never touched the car looking at it underneath, which to me is the mark of someone that’s taken care. Not only did he do the seal, he resealed the carrier it sits in to the block, sorted out it’s slight off centre steering and he fixed that rattle! All without asking extra. I don’t know if it was something in the clutch or something that changed with the new oil in the gearbox, but the first time I accelerated through that rev range in 4th with no noise I couldn’t have been happier, he’s got himself a customer for life. And I trust the car a lot more knowing it’s gone. Lovely having a new clutch as well, much lighter and smoother engaging than one with 100k of town driving on it as you’d expect, and the box oil change has helped the gearchange massively.

As a final job for now and another one that’s been there since I got it, I had a slight brake judder through the pedal when braking at higher speeds. I have an invoice for new brakes only a few thousand miles before I got it, but for some reason while they did change the front pads they left the original discs. I knew one was warped but there was also an odd squeak, and on inspecting the pads they were getting their edges eaten away by the lip on the old discs. While it seemed a shame to throw away almost brand new pads, as the discs needed doing anyway and there was a special offer on Brembo parts at a local motor factors, I decided to treat it to some shiny bits anyway. 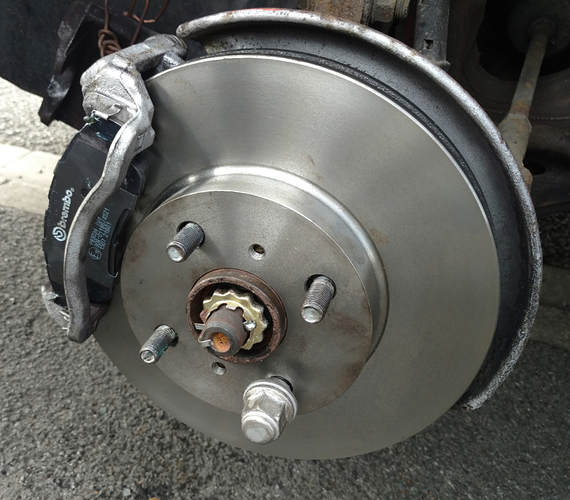 Disappointingly a fault emerged when I was done here - damn original fitment reversing light bulb blew! I’d say it’s had a good run for it’s 19 years or so. 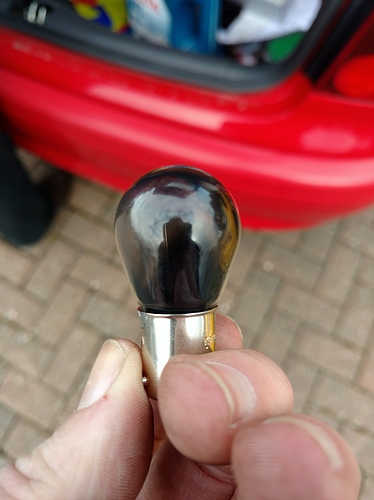 I’m so pleased I decided to stick with this car, I’ve absolutely fallen back in love with it. That rattle being sorted was without a doubt the biggest change, I’m not constantly trying to work the revs around it anymore and you’d be surprised how often you end up with load on it in the 2000-2500 range. The difference all these things together have made to how it feels and drives is absolutely massive for what seem like such small things.

Oh, and I made a right job of the rear drivers tyre. I was losing about 4 psi a week, when I went to get it repaired it turns out I had a nail in it, a staple at both ends, and the valve was leaking.

Thats one nice looking corolla! Its pretty rare to see one these days in the UK.

Nice to hear that you had some luck with the mechanic this time as opposed to those incompetent dealership.

Thats one nice looking corolla! Its pretty rare to see one these days in the UK.

Cheers - it is, and the ones that are left are dying out quickly, they’ve been in what a lot of people call the disposable car territory for a few years now.

Nice to hear that you had some luck with the mechanic this time as opposed to those incompetent dealership.

Yeah, I was really happy. Just a tiny family run garage in the small village a lot of my family are from, only went there based on knowing it’d been there for many many years and was still in the same family.

My father sold his old 1997 Corolla Sportif in 2010. Ive always liked it so ive searched endlessly to see if i could find one, but ive never been able to find one in good condition. But yeah, sadly these old cars are getting rarer as people just sell them for scrap. Shame really.

That’s early for an E11, Sportif had the little running man badge on the back right?

They do come up very ocassionally but as you say, they’re often bought now as a car to run til the MOT runs out, do absolutely nothing with and then just get rid. My local salvage yard always has 4-5, which is good if I want parts but some of them are sat there and appear perfect with like 60k miles on, and you know it’s just been scrapped out of not caring rather than anything else.

Yeah that was the sportif.(Not mine though, but it looks exactly like that) 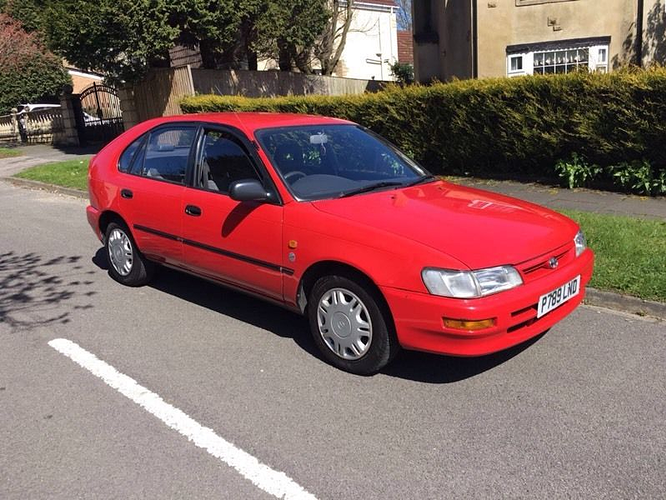 Really!? I take it people just dont care for old cars unless theyre rare and are worth thousands

Really!? I take it people just dont care for old cars unless theyre rare and are worth thousands

Pretty much, they sold well in lower specs to people that just used them to goto the shops and back so I’m not sure that helped very much.

Also when you said 97 I expected an early E11, that’s very late on for an E10. They seem to get bitten by the rust bug a bit sadly. At my local Toyota dealer there’s an oldish guy that used to clean their cars and now photos them, always end up talking to him if I go in as he loves his Toyotas, he was until recently running that shape as a daily but an early 94 Xi, absolute base spec. Looked mint from the outside but he sadly had to get rid as the rear inner wings were going and he couldn’t find any decent replacements to get welded in, but just upgraded to slightly newer old Corolla.

Yeah, my father’s car had a slight rust issue too. Looks like ill probably have to search for an newer old corolla then to satisfy my urge to buy one