Yeah, the shifter flopping about does raise questions from passengers. I even had one hold it still because it was annoying him.

I also get the 2nd to 3rd problem, but mine tends to crunch or feel like it’s being pulled out of your hand, as if you let the clutch out too early. I get the wall thing when changing from 3rd to 2nd when cold, say if I’m slowing to a junction.

Did you replace the oils with standard spec or did you upgrade to something else? It sounds like something I need to do soon, I’ve got just over 4k on the car and if anything I’d say the shifting is getting worse.

I went with Redline MT90, but it’s known for being a little thick at low temps so it’s probably not the best choice for you. Probably hard to find it in the UK, anyway. Some guys on the FT86 forum suggest going down in thickness, from 75W90 to 75W85 or even 75W80, but I can’t vouch for that.

Coming back into this thread has made me realise just how filthy the car is currently. It’s getting cold and I do a lot of miles between washes…

Also, picked up another set of standard wheels with winter tyres on this week ready for next month. I don’t know if all these weird weather things in the rest of the world mean we’re going to have a bad winter or not but after having winters on the Prius, I had to get some for this.

They’re Hankook winter i*cept evos, has anyone tried them out before and are they any good? I’ve only ever had Kumho winters which were reasonably good, as they came on the Prius.

Giallo has special paint, special graphics, and special seat embroidery, and a plate telling you which number of 86 it is. Otherwise, normal GT86.

Me and my car have had our 30 seconds of fame…

Bit of background on the above picture - went to a Toyota hosted event that was conveniently held 2 minutes from the hotel I was staying in when I went to Goodwood.

Took the GT86 to Goodwood as it’s the most comfortable car I’ve ever been in on a long run, I think the Toyota engineers secretly designed the seats in the perfect shape of my backside. Did 800 miles or so over 4 days and averaged 46mpg.

Sadly the weather for Goodwood wasn’t particularly brilliant. (As you can see above, I managed to get a hell of a lot of sunburn though!)

The rain made for some artsy shots: 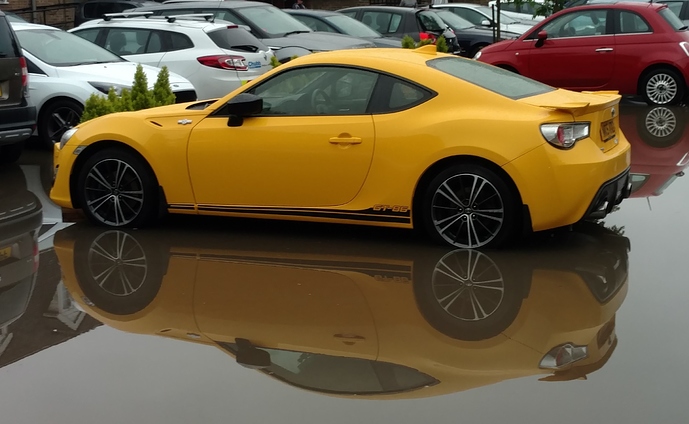 The event itself was a bit of a mudbath bar one day, and all the car parks were at the bottom of a valley. The hill below was a lot steeper than it looked to get out, and I had to approach at 90 degrees: 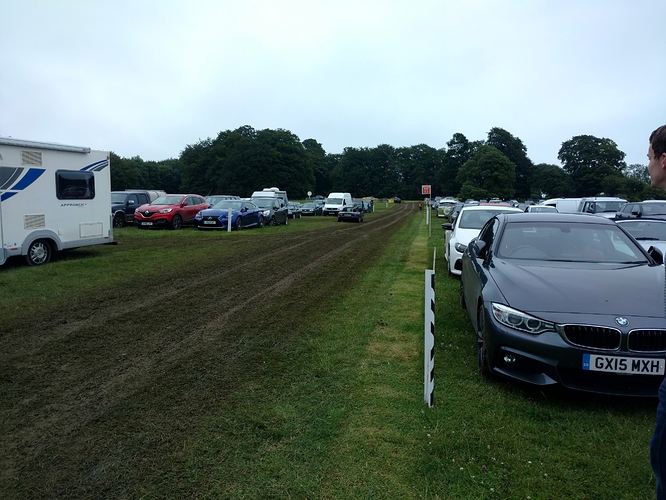 The GT86 did pretty spot on, the traction control panicked a bit then got us going and let me do a nice little slide at the top on the way out.

The next day was the day of dry weather, and it didn’t enjoy going back into the now dried up ruts and scraping along them:

Still, it was having a happier time than the RS4 in front that was struggling to stay straight.

After Goodwood, a couple of weeks later I did another 700 mile journey to attend Simply Japanese with the GT86 Drivers Club. I’ve got some great pictures from both events which I need to sort out onto Flickr and post in my other photo thread. 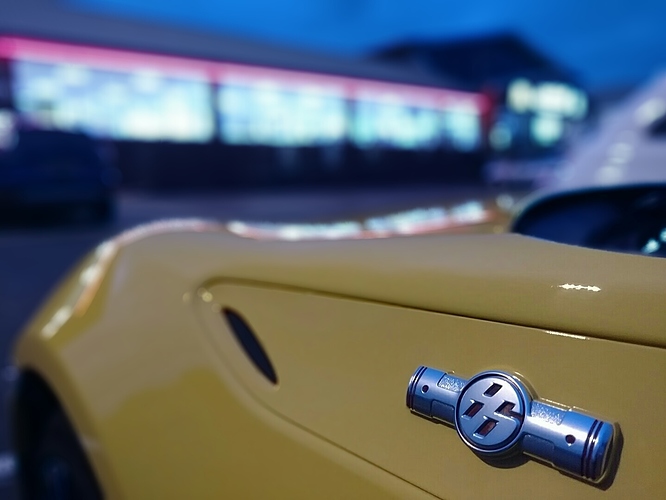 I absolutely love this car to bits. I’ve done a ton of miles in it and it’s just turned a year since I got it. Sure it’s been replaced for daily duties, but that’s no fault of it’s own, and if it didn’t get dinked up so much I’d still be piling the miles on. I like my other cars but this? This, is my car. Every time I get back in it now with there being gaps between me driving it, it just feels even better.

Pretty cool! Thanks for sharing. How many miles do you have on it now?

Thanks, just shy of 17000 currently. Fairly high for any car over here after a year.

Well, this is one I’ve been neglecting for a while. Since taking it off daily duties, it doesn’t get driven anywhere near as much as it was. Still odd uses but I dunno, I feel like I appreciate it more being used to the Corolla every day and then getting back into it when I do.

After running the Corolla up to a classic show this morning (I’ll get some pictures of that up elsewhere later) I decided to give the GT86 a run out and took it down to Croft to have a quick look in at the Toyota Sprint Series round that was going on there. Croft is a bit in the middle of nowhere, so the roads to get to it are quite nice. Again, the weather was lovely which is rare, and the main reason I wanted to go was to get a bit more of a play with my new camera in.

The TSS has quite a broad range of stuff competes and is a good way to get into some motorsport. Quite a lot of GT86s compete, but everything from Starlets/Yarises up to full track prepared GT86 race cars are there. One of my absolute favourites was this Mk4 Prius which was properly going for it:

While it’s probably not that special for most, I was seriously proud of this picture of a GT86 I got mid corner: 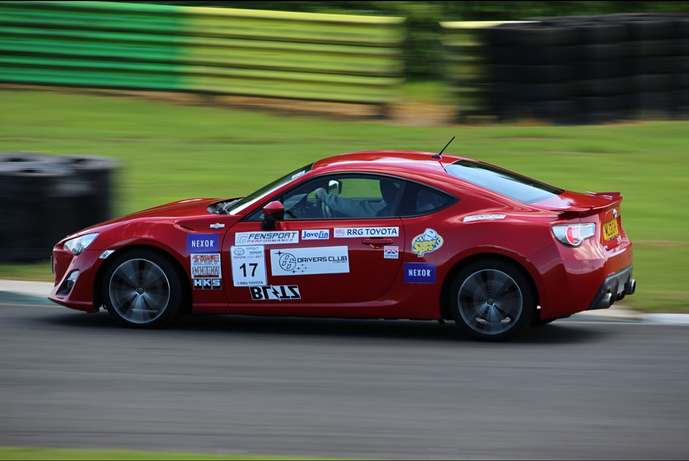 My favourite moment of the day though was getting a lineup together you’re not likely to see again in a hurry: 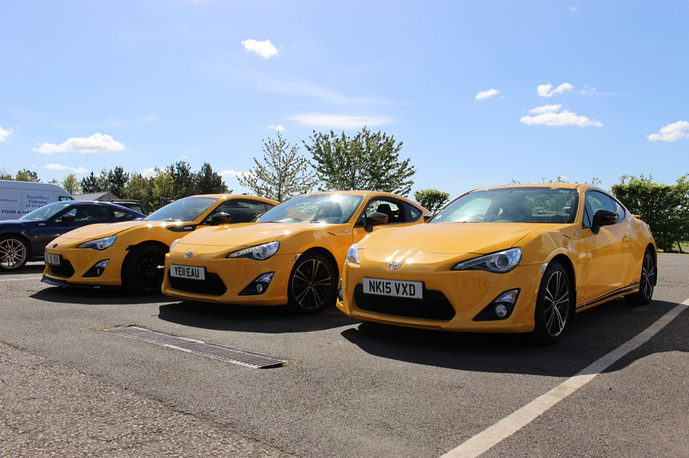 I forget which number the other two were because my memory is useless for things I actually want to remember, but I think the one on the left was 85, and as said above mine of the left is number 30. I spoke for a while to the owner of the car in the middle, and he’s got an excellent private plate on it.

As always, this doesn’t get a run out so much now, but I took it to my first event with the Toyota Enthusiasts Club last month further down the country, a nice ~400 mile round trip to blow the cobwebs out. Not a ton to report - it still looks good, and it still surprises me how nice it is on a long run and how well it does on fuel. 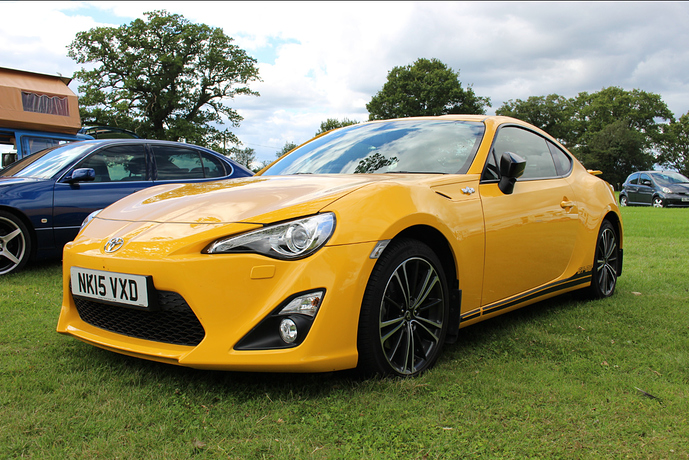 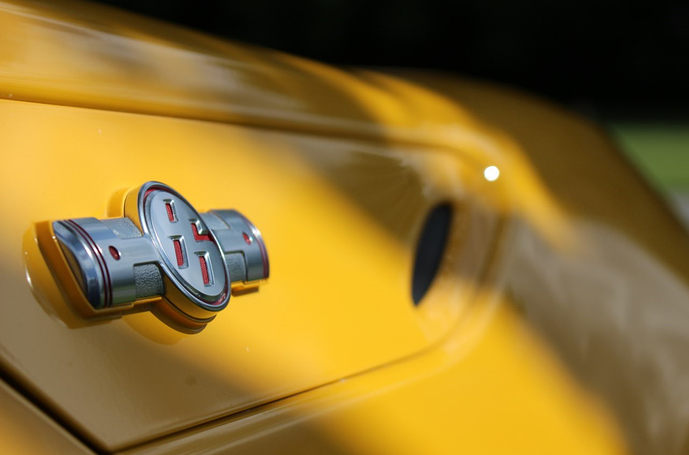 It’s a problem I’m sure we have all suffered from - someone has asked you for a lift or you have offered, and then that person proceeds to spend the entire journey complaining.

The ride is too bouncy, you’re driving too fast, your music is crap, the temperature is wrong, yada yada yada. This is a problem I have faced since buying the GT86 - usually “Why do I have to cut my legs off to get in the back?”

Well, no more, for I have fitted the ultimate in whiny passenger removal devices: 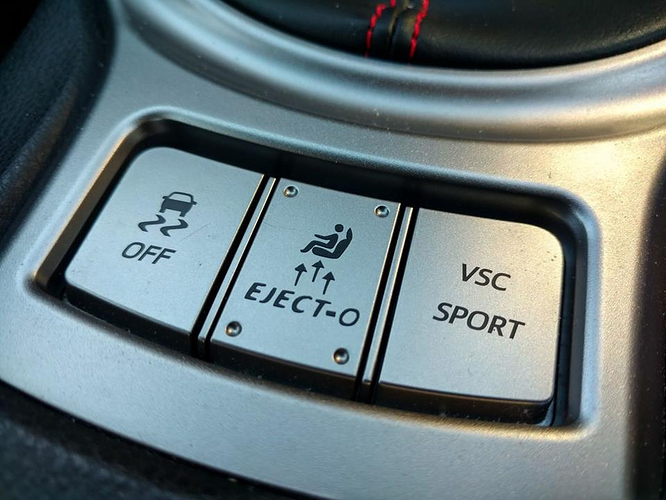 Could also argue that it is weight reduction I suppose.

Also finally got access to the Decal Uploader on GT Sport so spent a little time making this. 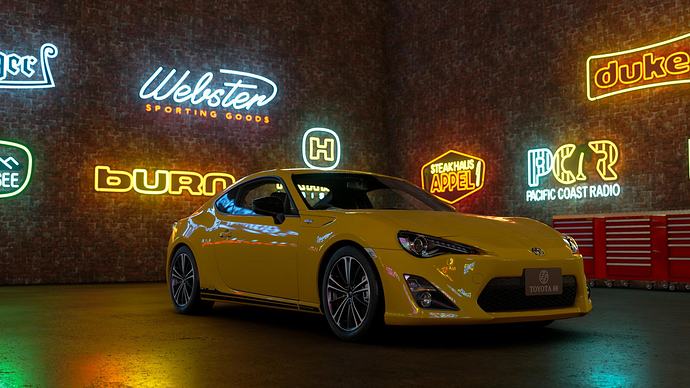 In replicating your very own car in GT Sport (right down to the decals, in fact!) you have taken your devotion to the 86 to another level - and that’s something I can easily applaud.

It’s been a while, so here’s a short update.

GT86 has it’s first MOT as a “new” car back in April. As expected (and hoped for), clean pass with sod all advisories.

I try and get quite involved with the Toyota Enthusiasts Club as much as I can these days, they’re the longest running Toyota club in this country. Today was their national event, but once again the GT86’s appetite for batteries came around and it ate it’s 3rd battery, totally shagged, won’t even hold a charge. It was only fitted at the beginning of this year…

Ended up buying a proper Oldham battery to get me to the TEC national event, and I’ll argue with Toyota later as their batteries are supposed to have 3 year warranties. 4 batteries in 3 years is fairly good going I think.

Fortunately, pleased I did lash out on the battery and do the 400 mile round trip, in the miserable crappy british weather:

Oh, and I almost forgot. I know I know, it’s not what the car is about:

Can’t really go wrong with figures like that. Roughly the same as the Corolla does over my commute, and it still betters my Dad’s 1.6 Auris in pretty much all conditions.

I still love it, but it’s doing less miles than ever. I got the Blade as winter ended last year so did most of the shows/events with that, and then Covid has killed off the use I would have done this year - other than a good blast out on my birthday, it ain’t done much. Went for it’s MOT today and passed with no advisories, but shows up the lack of use (actually more miles than I thought): 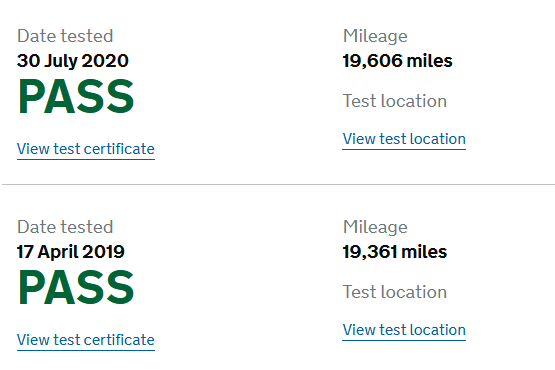 It ain’t doing it much good like this and I really, really must get to using it more often. It’s not as if it’s a bad drive! I do get a little paranoid now though and overly cautious with it.

Also, the drive to the MOT station this morning was heavy rain and I had a totally unprovoked, unexpected “moment” - nothing dangerous or massive as I was going slowly enough but it just caught me a bit, these Prius eco tyre Primacy HPs are naff and showing their age at 5 years old, going hard and cracking so time to get them shot. They still have 6mm on after 20k miles but sod it, Michelin Pilot Sport 4s are the order of the day I think. I know people say they like to slide about but I want some wet grip at least.

Nice update, good to see you still have it! And heck only 300 miles in one year, dang. I get that on the Focus in a week!

I know people say they like to slide about but I want some wet grip at least.