No need for teasers at IMP, but a little history lesson to prepare you for what is coming up.

During the 1980s and 1990s IMP irregularly campaigned their Impakt sedan in the european touring car championships, usually running the 2.5 Liter FA series inline four in naturally aspirated and turbocharged form. Some of them also got lost and ended up competing moderately successfully in SCCA Super Stock races over in America. One of those series introduced a new reglement for their top class in 1993, which allowed significant alterations over the base car without the need for homologation as required by Group A. IMP eventually developed a rear-wheel-drive, 410hp machine powered by a 10,500rpm, 2.5L V6. After extensive investigations the engine was detuned to 226hp (but still able to do 9100rpm) in order to be streetable and installed in a 1992-spec Impakt Gr.A hooked up to a Getrag Dogleg gearbox. Slightly over 5,000 of them were built for homologation purposes, but these early engines frequently suffered catastrophic crankshaft bearing failures, as they were designed for anything above 8500rpm, and could not handle low rpm at all (the detuning initially consisted of nothing but a different exhaust, a remap and air restrictors).

By 1995 however, most issues were resolved in an all-new second generation car…

DAAAAAMN that Impakt looks good, then add some racing heritage and I’m sold. GIVE IT TO MEHHH

@awildgermanappears Please say that IMP entered that into DTM during the 90s. PLEASE.

WMD has revised its concept car from NAIAS 2017, the HSC-52, with slight adjustments to the car’s exterior shape claimed to improve its proportions. However, the powertrain and interior remain unchanged. 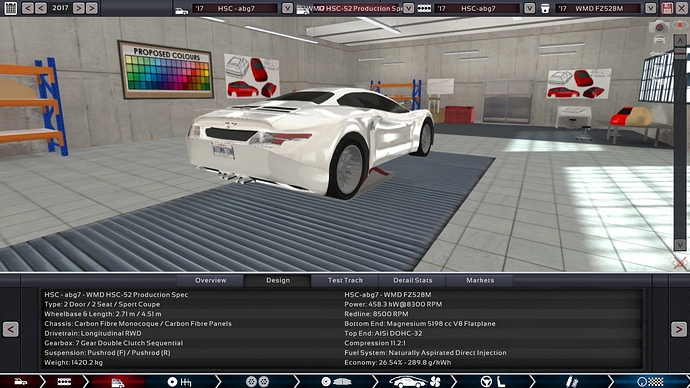 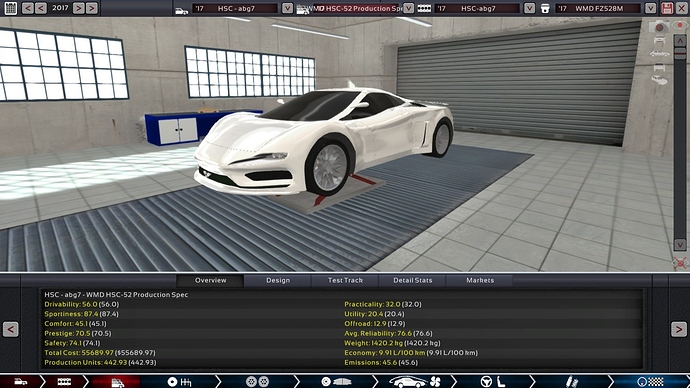 #Daily Round-Up - Pre Show 2
Yeah, so a lot of companies decided to do more teasers and we couldn’t really wait to cover them…

The show opens in just over a week, and already the hype is alive and real. The build-up to the press days on the 7th and 8th of March is particularly tangible, with a number of companies apparently planning major releases for these days.

Let’s go over the latest updates for what we can expect at this year’s show.

Iurlaro are introducing a new version of the Teodra, apparently intending to show us “Luxury as it has never been seen before”. The brand has been quiet for quite some time up until recently, meaning this comeback will need to be big for the company, though we aren’t doubting that it won’t be.

We thought we’d seen the last of the dark/hidden car teasers, but oh boy we were wrong! Miller have shown off a picture of some tail-lights claiming that this side is “the only side the competition will see”. Well it would help to know what “the competition” were missing, as we can’t actually see the side in question anyway.

Cornaldie are promising to “Drive Beyond” with the Veloci at Geneva this year. We don’t have a clue what that means, nor do we have a clue what is happening in their teaser picture, which is visually…interesting. At least the car looks menacing.

Zenshi are making a car! It’s very grey and very angular. We saw the car last week (at least we think) and here it is again. And that’s all we know.

Miller then bested even themselves by releasing the shape of a car with quote “Fun in a hand basket”. We regret to inform them that that doesn’t look like a hand basket.

BREAKING NEWS, NITREX ARE REVEALING A SET OF HEADLIGHTS.
Just kidding, the company is supposedly making their final car just for this show. We look forward to it.

Quiet and unassuming makers Yamato will be at the show two coupe prototypes. No further details are available at this time but the look to be understated designs, and considering we haven’t heard from the company in quite time, we’re certainly intrigued.

A gorgeous new Hodan sports car is on the way, tagged with the phrase “Arrive In Force”. Yeah, you bet we’re excited, and incredibly, they’ve managed to make grey an interesting colour.

A company is releasing a blue mid-engine car. Great!

DSD chose to release a statement rather than any pictures earlier this week, apparently intending to showcase their European range at this year’s show, alongside a “new venture into alcoholic spirits” - sign us right up for those test drives AND tasting sessions…

A new hatchback from Evgenis is on the way! And “THERE’S MORE TO COME”. WE CAN’T WAIT.

Great news! Znopresk are attempting to break the world record for the longest indicator ever put on a car! They advice us to “Prepare to the shock”. Yes, we agree.

Then, things got serious. Kimura dropped details of the stunning new Auriga, and it looks to be a real spanner in the works for the already colossal compact/mid-size sedan market. Standing out here takes a lot of effort, but the smart lines and effortless detail of the Auriga certainly do just that. The specs look very competitive too, as do the prices. We’ll have more for you once we’ve taken it for a test drive.

New comers Garou will be showing off a new sedan called the Sagrado, and it certainly seems to be a happy car. It too seems to be entering into the mid-size sedan market, though the addition of a 306hp 3.8l V6 is very intriguing.

An update from the Zenshi camp: the letters “SF” mean something and said meaning will soon be revealed.

IMP have been recounting a bit of their history prior to the start of the show in the form of the gorgeous IMP Impakt 260R. Even by today’s standards, it looks fantastic, and we still love that cheeky boot spoiler. Back in the day, the 260R was an absolute hoot to drive, so if the company plans on launching some successor to this, we’re certainly going to be pleased.

Raziel intend to do something called “Classe B”. They claim they “don’t know what you need”, but that they have a car for you… we’re not sure if their marketing team got that quite right, but still, we’ll have more on this when we get updates.

An update of the HSC-52 from WMD will be shown off at the show this year, having previously been revealed back at Detroit. More to follow.

And finally, EADC are launching an SUV! And it’s red. More to follow.

That does it for this update. Geneva is setting itself up to be one hell of a show, although some teasers have certainly left us feeling perplexed. But, we can’t judge what’s on offer this year until it actually get’s released, so for now we simply have to speculate. Until next time, bye for now!

Don’t want to be a party pooper, thanks for the coverage but the Teodora is the biggest car from Iurlaro luxury brand from the Znopresk-Marlin Group. My bad if it wasn’t that obvious.

I’ve written “the empress” because all the Iurlaro are named after queen and empress. In this case Teodora of the Bizantine Empire.

Gavin Anderson scrambles for his laptop

Uhh…yeah…eh…haha, let me just clear that up…

Thanks for clearing that up, I’ll edit that now

Got a silly question, probably off topic, but will there be a Automation Geneva Motor Show or something like NAIAS for previous years, like the 90s or 80s for example. I know that we can showcase older cars at these shows, but theyre all ‘classic cars’ by then instead of new.

@Dorifto_Dorito That’s something I’d be interested in hosting at some point. Excellent suggestion!

Erin have just announced that the facelifted Berlose will be unveiled at this year’s show.

Though we might need an independent reviewer (i.e. someone other than Gavin) to make some proper judgments on the two cars