Redid my cars with fiberglass, and didn’t loose a single second, rather the cars got even more stable

And @HowlerAutomotive, when dealing with MR cars in Automation/BeamNG, i’ve found that letting the rear have slightly lower spring tension than the front and balancing out the dampers seems to get the rear under control, that and downforce. Especially on the SWB cars

Hey so if there’s a penalty for going above the median in costs, is there a bonus for going under it? Judging by the budgets being discussed here I’m in rather good shape…

Right now i’m at the 40k mark with the B-class, 30ish with XS-class. CF were rather over the top expensive, as it should be.

The intention is not to reward going cheap but to encourage a high average, yet penalize those that go overboard.

@gridghost thanks. I do prefer a relatively soft rear setup for MR/RR cars in Automation, so it shouldn’t have been too bad, but I’ll play around when I get the chance.

My B class would come in around 40k with fiberglass - though I want to test before committing.

I have the same issue with my XS in Beam. It’s not called the Shuriken for no reason :\

I’ve played around for ages, but I still can’t get the damn thing stable - it’s even spinning out when Automation says it has understeer problems. I did manage to finish the hillclimb with it, but at a rediculously slow pace…

EDIT: Just checked. Rear toe on the Shuriken is around 0.6, where almost every other car exported is 0.00

Hey Miros, what’s a good price margin for me to work for the Group B class?

I think there’s more than sufficient information in this thread already.

We took the new Shijie and slapped a bunch of big pieces of carbon fiber on it. We hope it does okay. 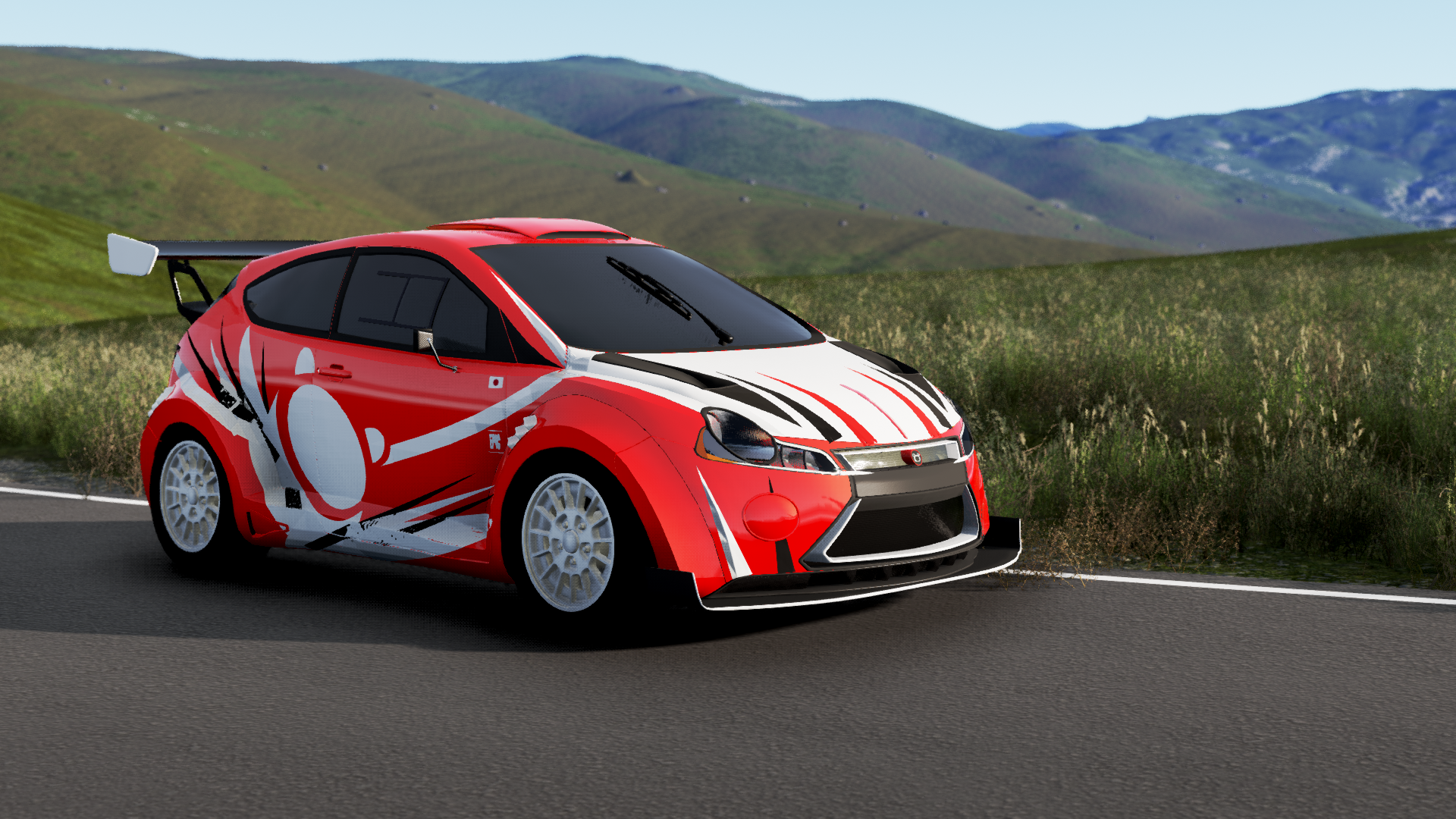 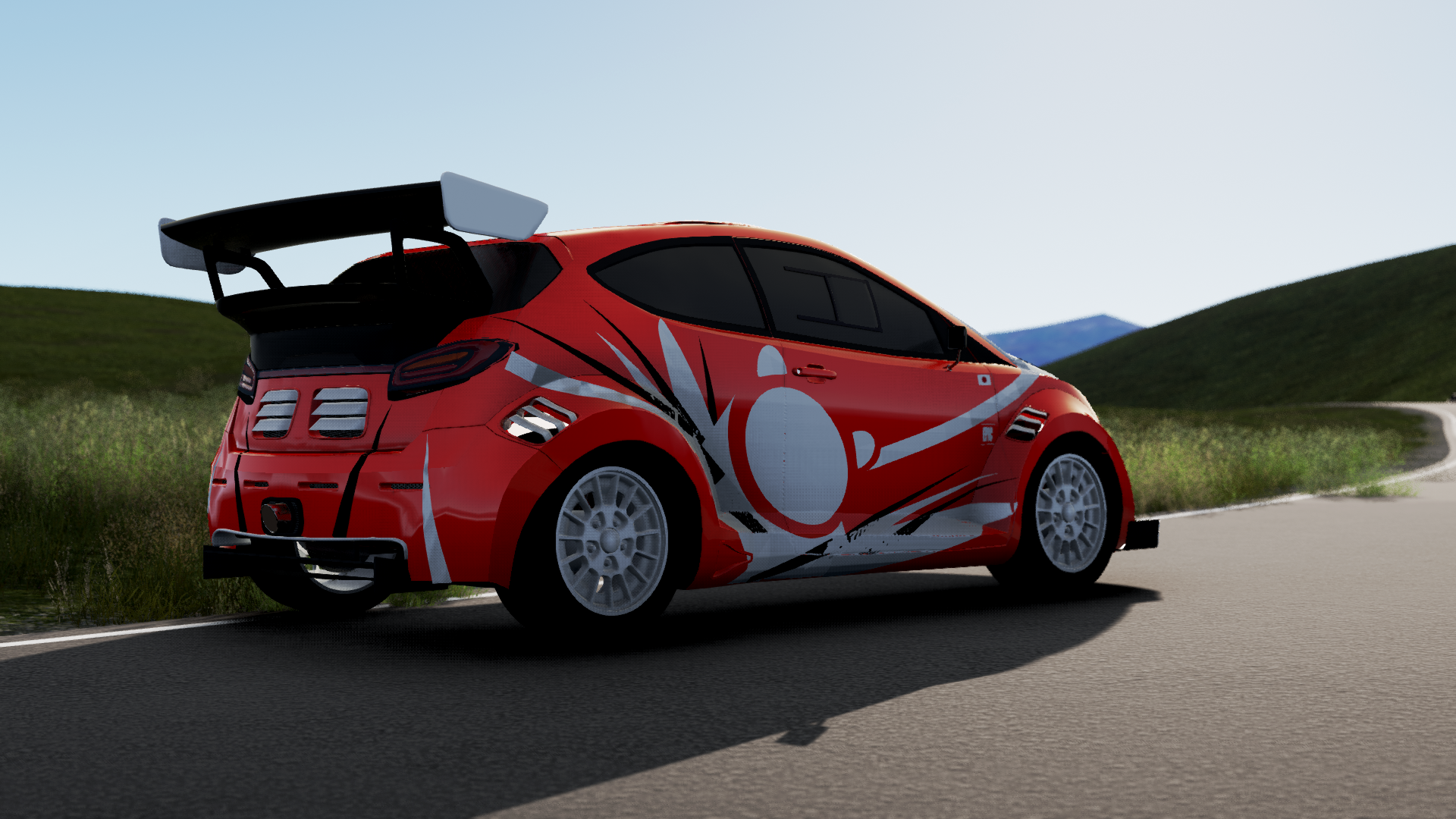 My driving in beam is bad but it handled alright so hopefully its decently quick.

Just for fun here is the street legal version of my car, a larger and more comfortable rally car for the street then a STI or FQ Evo, it weighs 2 tons and gets 35MPG and is extremely driveable, without being much slower than either target car to 100kph.
Centauri Raider - CPV R-SPEC.car (36.5 KB)

For a little bit of extra lore.

Privateer team Escape Velocity have entered their 2013 Howler Prodigy PPR, which has been meticulously unraveled and rebuilt three times over the past six years. The 1.6 litre inline four engine is now partnered to an adequately sized turbocharger to bring it over to the right side of 500hp, delivered to the ground through a six speed sequential box, AWD system and tires of ridiculous proportions.

Team EV have earned some podiums and a few wins from local and amateur hillclimb events during the car’s development, but the Great Gasmean Hillclimb is their first foray into a competition of this magnitude. They are hoping to catch enough limelight to attract a big name sponsor.

Following the introduction of the KGB Stealth restomod hillclimb machine represented by GRU comes another GRU entry, but this time a little more modern…

Introducing the KGB Tourer GRU Motorsport ready to race in B class!

GRU is bringing the heat with KGB’s brand new 2020 flagship GT, equipped with a specially tuned 1.6L turbo I-3 pumping out 559hp@9100rpm! Well-planted with hyper-aggressive wings and strakes to slam this longbody sedan in to the corners, this mountain of a beast isn’t going down without one hell of a fight.

In road-going form this powerhouse isn’t letting up, dropping the LeMans aero for a beefy 500hp 4.5L NA V8.

Didn’t have time to make something new, so have a poorly disguised repost from 1997.

It’s a car and it goes fast.

Well… I can’t seem to fix the handling on the Shuriken, so… Good luck to Private_Miros not dying…

wondering if i could try and test it

i’m not participating on this one. i did make a car, and finished most of the tuning, but didn’t have time to ‘style’ it at all

But it’s Russian, so some innovation is to be expected.