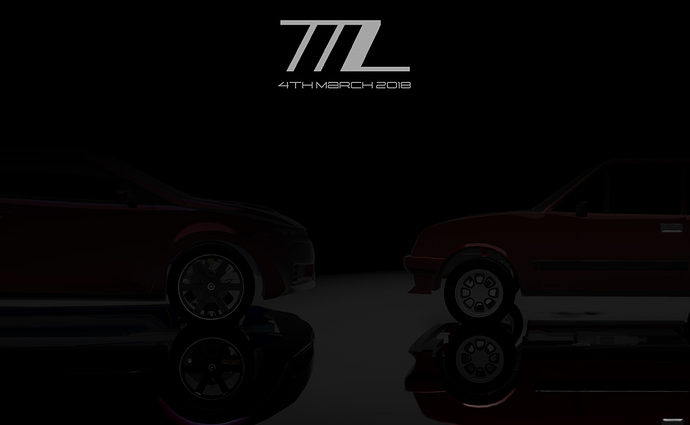 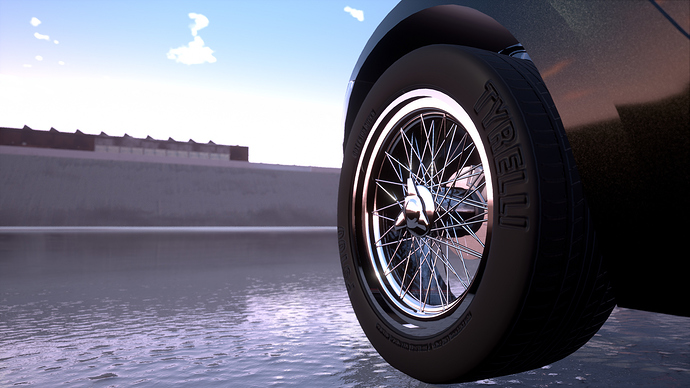 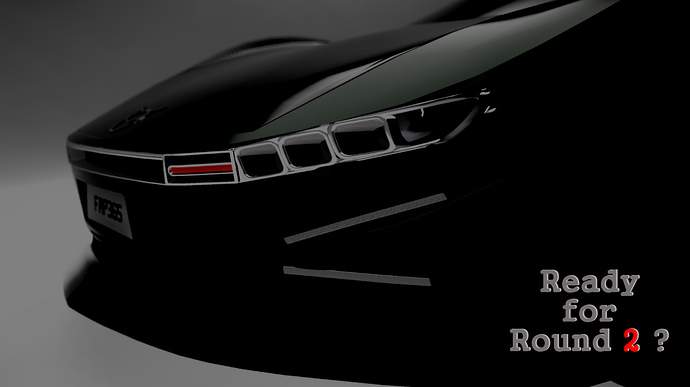 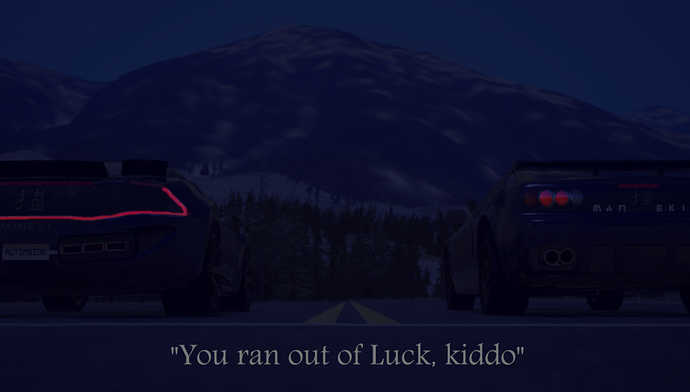 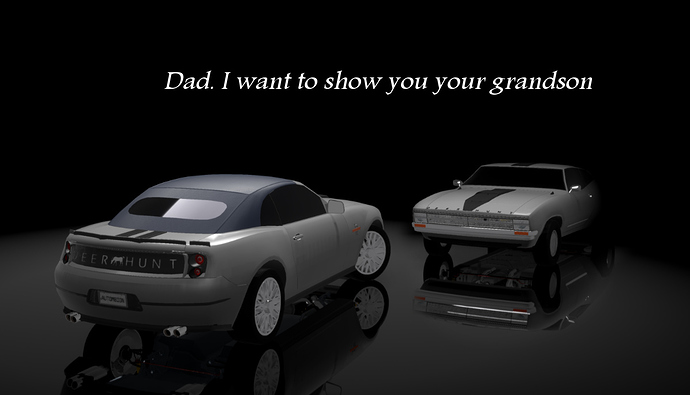 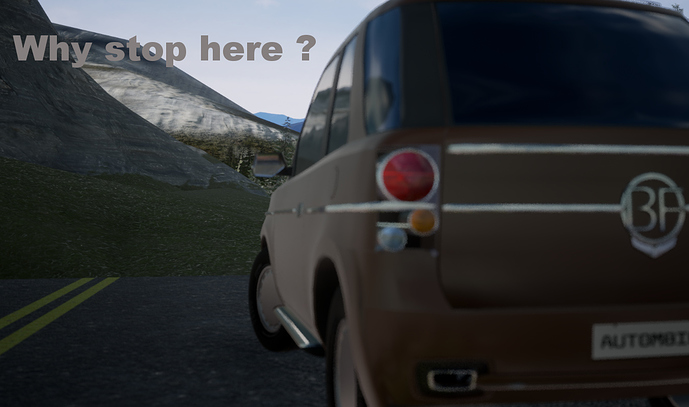 Oh yes, it’s good to be back. Well, not quite yet, but I board my flight to Geneva a week on Monday, and if it’s anything like it was last year, then it’s gonna be a hell of a lot of fun. Lots of great cars, the whole of the motor industry there, one night stands with other motoring journa…wait no that’s not what we’re here to do.

Time to see what’s been teased and announced already.

Sifting through my emails…

…and first we find something from the Spaniards. Conte are giving us the ‘Cyberpunk concept’. You realise that I’m expecting it to be covered in neon lights, with holographic interfaces on the interior and the ability to fly? Frankly I’m gonna be dissapointed otherwise.

Ayy! It’s the new Shromet Radiant. Looks to be a facelift as we saw the newest model release quite recently. This, folks, is a good teaser; it’s told us what it is and given us a fairly decent preview of what it looks like. Take notes.

Contrastingly, Znopresk seem to have designed their official marketing teaser on MS Paint. You know the whole ‘blackened background’ thing usually entails the car itself not being matte black itself and hence invisible? From what I can tell, however, it looks like a new styling language for the upcoming next generation Zest.

‘Way more to come’ reads Kishiwo’s out of focus, poorly laid-out teaser for what is almost certainly another crossover. Oh gosh, I just cannot wait to see what is to come.

Eh? What is this?. No text in this email, just an attached file of a black car. So what? One thing to note is how sad those headlights make the car look. Much like trying to write about it makes me feel.

EVE sent me two emails. One was details for their new ‘Phoenix’ concept, and the other was a correction for spelling ‘Phoenix’ incorrectly. It happens to the best of us, don’t worry. Seems like their styling department has gone backwards however, opting for the classic “oh look how edgy our car is” 3 rectangular slit-style headlights. Ugh.

Holts are launching a sporty version of the Alaris, called the “GTCUP”. Er, how do we read that? G-TCUP, if the colouring is anything to believe? As in a tea cup trim of the car…? Who knows, it looks like an extra sporty hot hatch and seems decently styled.

‘Where do we go next?’ reads the teaser from Zasteros, showing the rear of large coupe that looks like it came out 10 years ago. I’d like to go anywhere but there, please.

Hoorah! Evgenis are back! I thought the plucky British manufaturer had vanished, but it looks like they’re back once more with a Luxury car! That stereotypical “{thing}, redefined” advertsing spiel hasn’t totally been done to death already at all!

Now here’s something that looks interesting: Ceder have a new mid-sized sedan coming out. The styling looks modern and chromey, and that shade of blue looks tempting. The French sports car manufacturer has been quiet recently, so it’s gonna be good to see what they release on March 6th.

“It’s almost time”, from Franklin Marshall. Time for what exactly, Mr Marshall? Maybe time to fire your marketing executive for this thing you sent me?

Now, as I’m sure some of you heard, they’re re-releasing Burnout Paradise and have remastered it. What I didn’t realise was that they were also releasing an actual production car for it. Because whatever this Bruiser thing is, it looks like it drove straight out of 2008.

Saminda have announced the Saminda C+, with its super cool catchphrase “100% Electric, Everywhere, Everytime”. Implying that, until now, in some parts of the world at certain times of the day, electric cars suddenly convert back to being petrol cars? Or what?

The Kogan STS claims “you will need it on the track”. You sure about that? As in I’ll need to be sedated whilst driving this thing to combat how unbearably smug this advertising is?

Good ol’ AL Autos soldier on, with their infinitely deep R&D pockets launching another hyper-super-MR-car thing. Slightly confused about the styling though; it appears the headlights are just slightly smaller than the state of Alaska.

Oh for fucks sake. “Touch the sky”. What does that even mean? What am I even remotely supposed to divulge from this? Seems that we’ve switched from black background teasers to astoundingly vague statements about cars with absolutely no context or explanation. God this job is difficult some times.

Incredible. On the fourth of March, Montes are going to release a video of their newest gen Urban crashing into an old one. Must be for art or something.
No, wait, I’ve misread that; looks like we’re getting a new version of hot-trimmed Urban. Decent!

Hang on, Montes aren’t quite done yet. They’re telling us it’s “Time To Enjoy The Wind Again”. Are they launching a yacht? Or maybe a kite? More vague marketing that ends up making zero sense. ARGH.

Oh holy christ, what is this? Some sources seem to point to this being something from Ecamobile, but I can’t verify it. I can, however, verify the following:

I’m bewildered. I’m lost. There’s some promising stuff here, as always. But the rest? Well it’s just off the rails. I couldn’t tell you where to begin with what to expect from Geneva, which traditionally is one of the biggest shows of the year. Bet the event organisers are just filled with hope after reading through that.

Thankfully, we do have some more concrete rumours to discuss. Starting with this spy shot of a new SUV from Japanese brand Azanti. Looks to be a new version of the Asada (not Asda, for our UK readership) which we’ve been getting various details of at the office for the last few weeks. It’ll most likely have some of the i4s from other Azanti’s/Kimura’s that are commonly shared between the companies, and have the usual FF or F-4WD setup as found on the previous car. While still only camoflauged, it’s hard to avoid how massive those headlights are. Bold styling, that’s for sure. 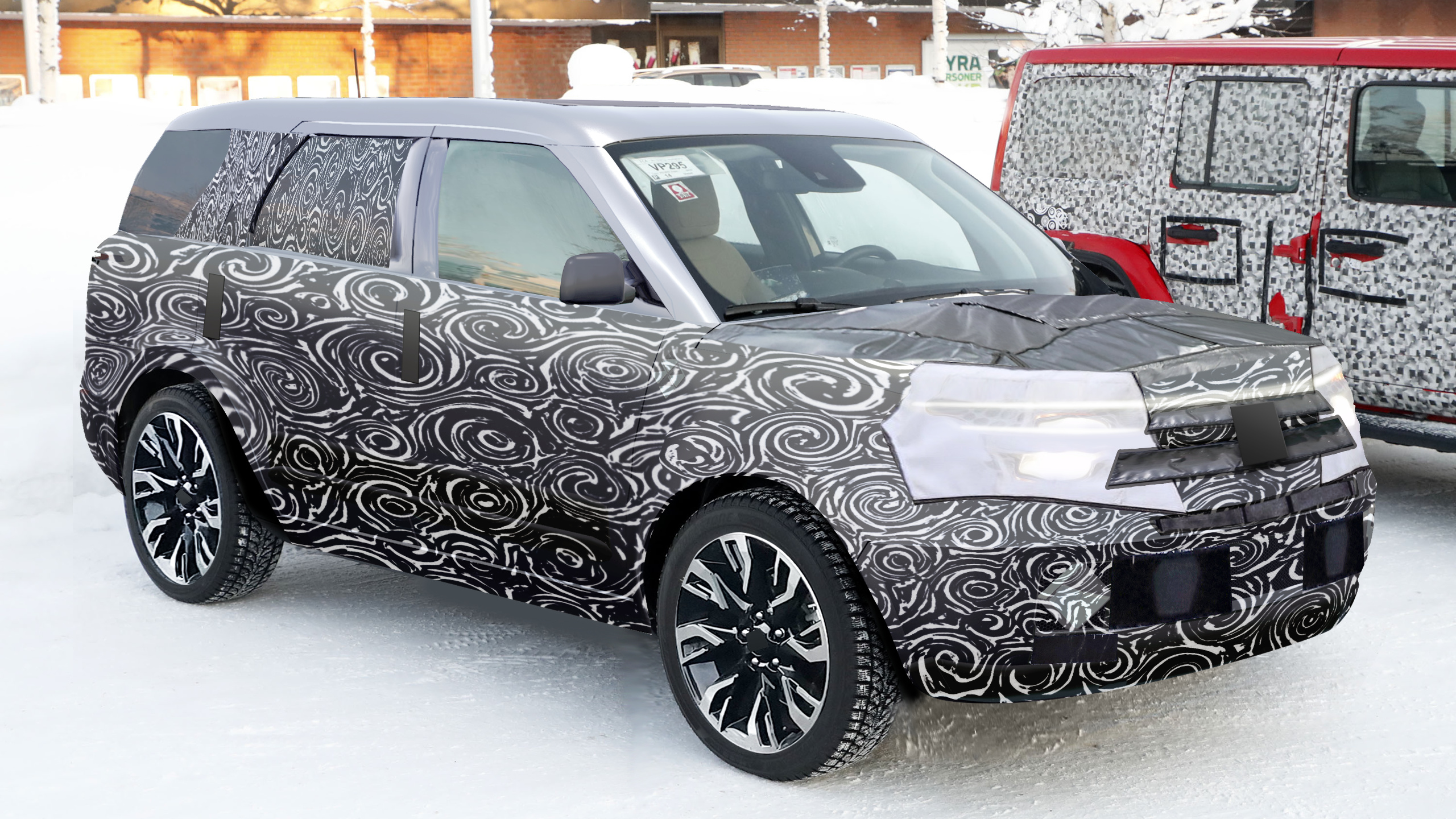 We’ve then had various of reports of a new version of the Bonham Kashmir inbound for release, with these two photos leaked from the company’s Worcester offices seemingly showing concepts for headlight design. The former looks very in the same vein as the new Fleming, while the former is more akin to the Chaucer, launched last year. No word on engines or power, but we’re expecting the usual range of i6s to adorn this car, and a wealth of luxury features on the inside.

That’s that for now. We’ll have another update before the press days, some time next week. In the mean time, time to confirm my hotel has been booked… 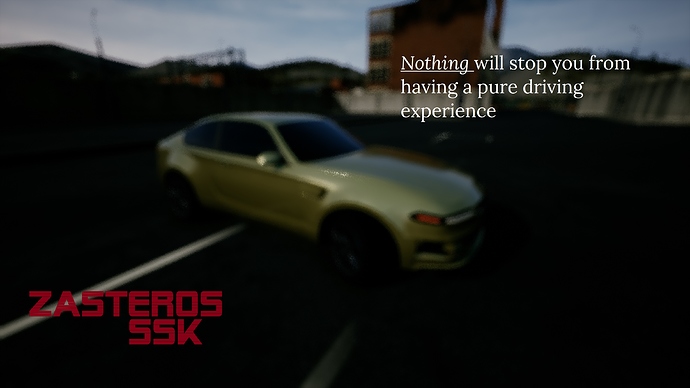 Hey, we have reached a new level of insider espionage here. Those images were truly leaked without consent, and without mention of the Kashmir name. Damn you journalists.

“Automotive journalists may claim many things, all we will say for now is that Bonham is preparing a new car for the 2018 Geneva motorshow. And the inline 6 won’t be the sole engine option. More information coming soon” 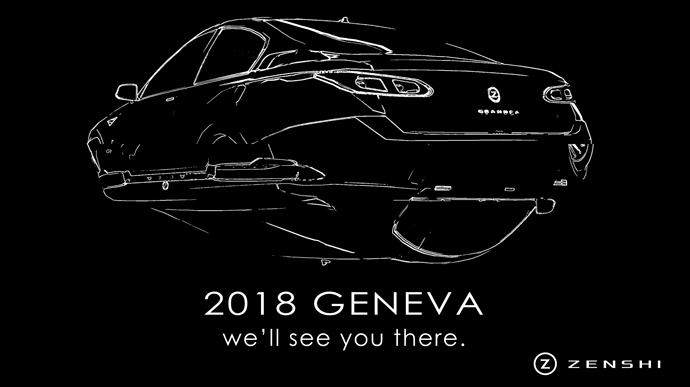 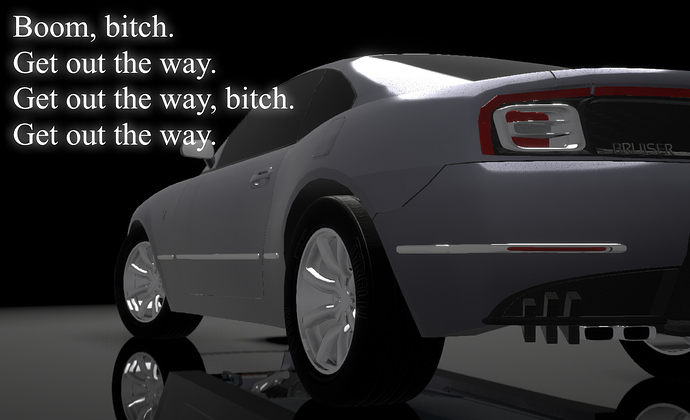 Another teaser has landed… 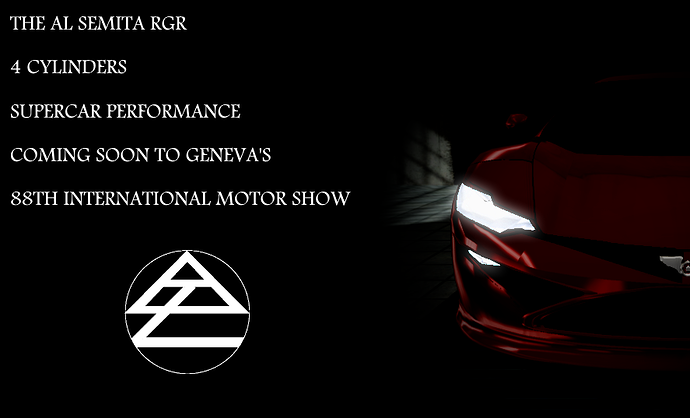 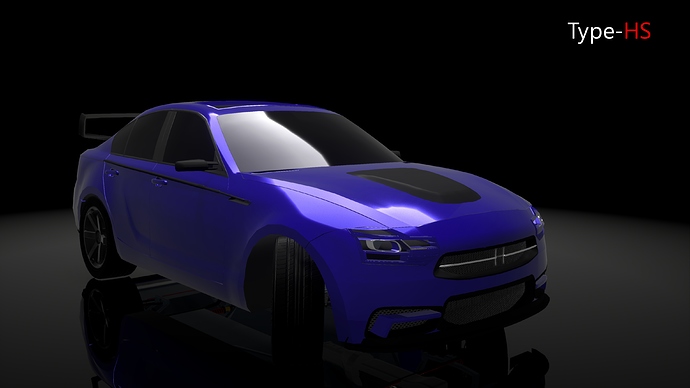 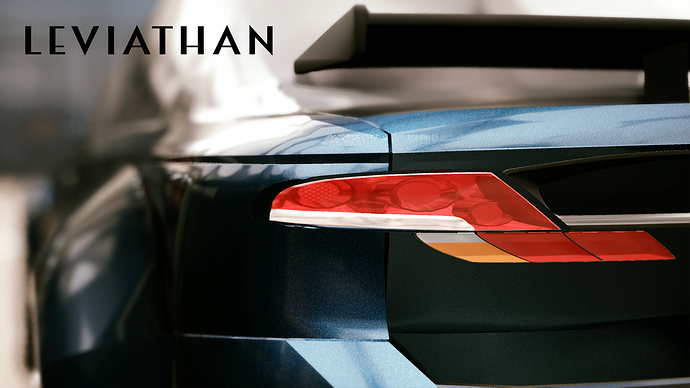 4 cylinders and supercar performance? If that engine went into an actual supercar, very few enthusiasts would take it seriously, myself included. 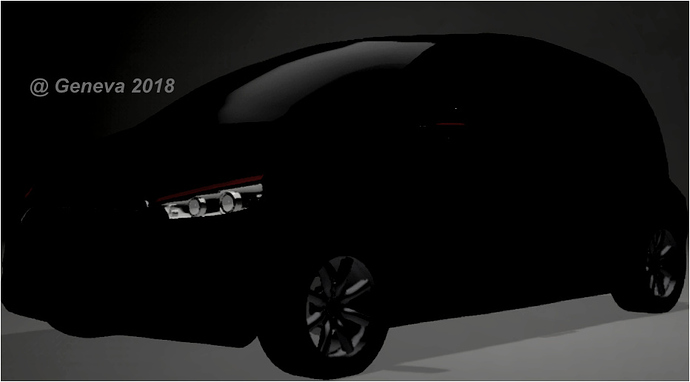 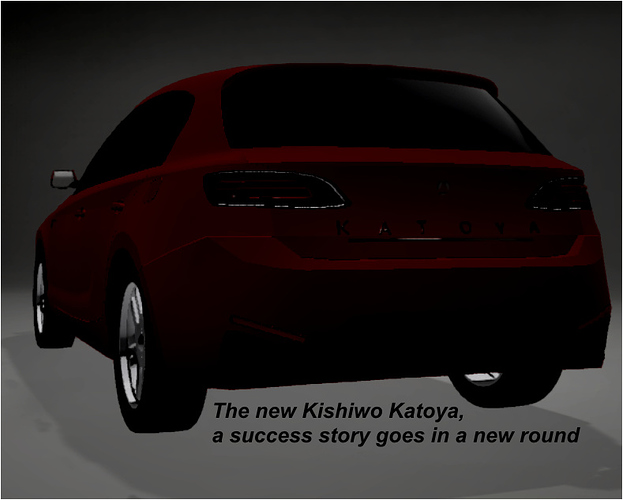 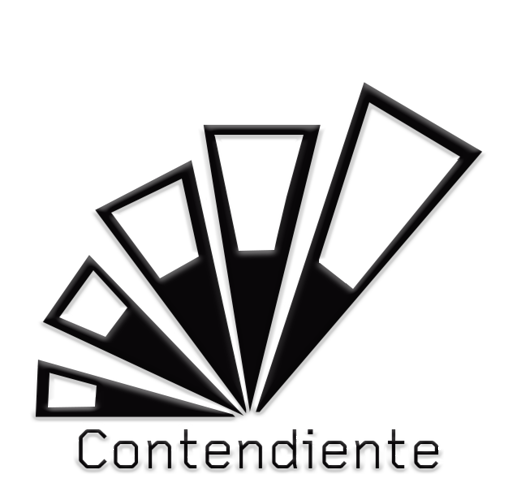 There’s people who want a sports car, but also want it to be affordable and not break the bank when they own one. Our response to that is the all-new Contendiente Victoria. 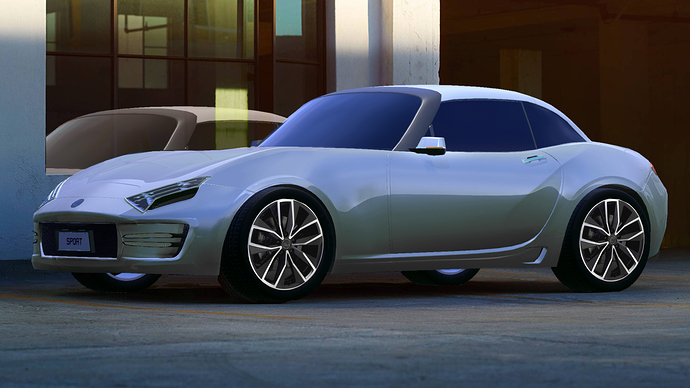 An agressive, fresh and young design characterizes the new Victoria. Angular lines and a sleek design makes this car recognizable and unique. Offered in a two seat convertible format, this car will seduce you from the very beginning. 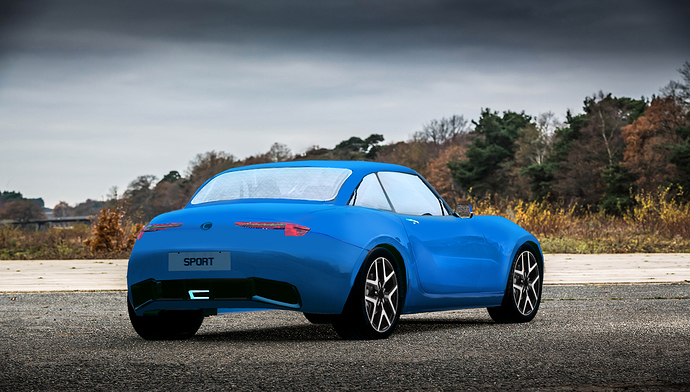 To learn more about the Contendiente Victoria, visit our site by clicking here.

While it does sound a bit unorthodox, I wanted to try something different and stray a bit from the norm @abg7 . 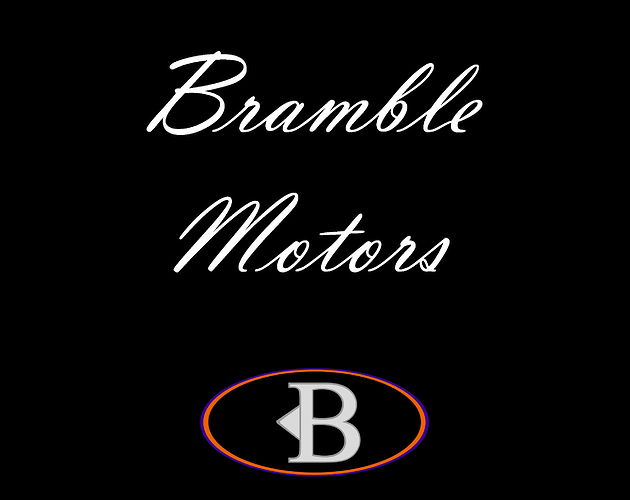