The last car of the 68-69 new lineup of ADM was the renewed Mastin familiar. 2 trims were
offered in the old platform and also a new special off-road edition, which was smaller and better equip for off roading, with a different grill.

The base was the entry level was equipped with just the basic, and the same engine as the Foxhunt L6, the Clase and the off-road were equipped with the same V8 as the Rivera Base, but as the offroad was in the interior basically the same as the base, the Clase was more like a Rivera SUV, with nice and comfortable seats with wood details and a phonograph. 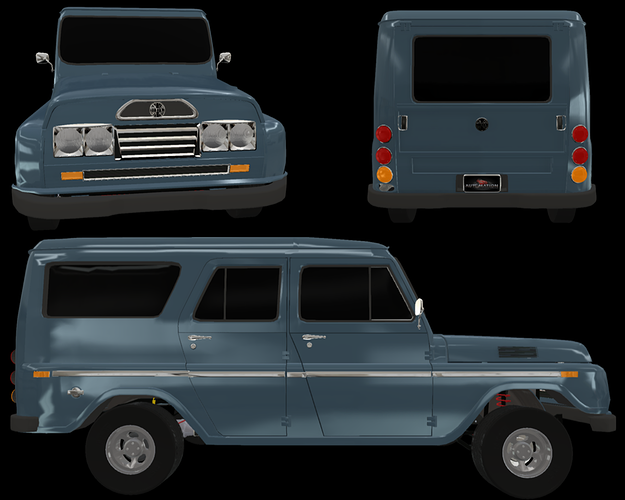 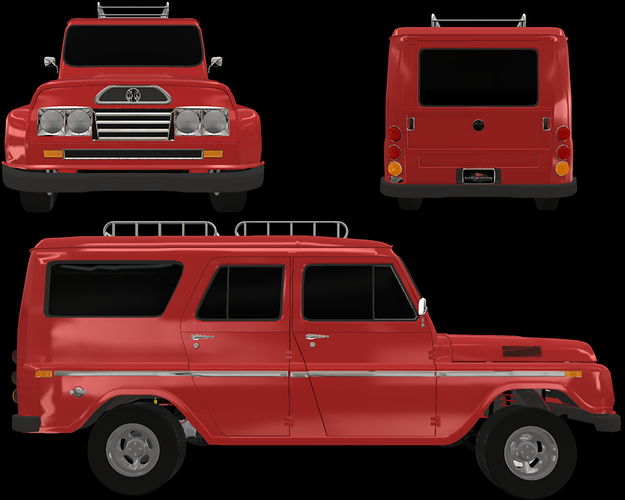 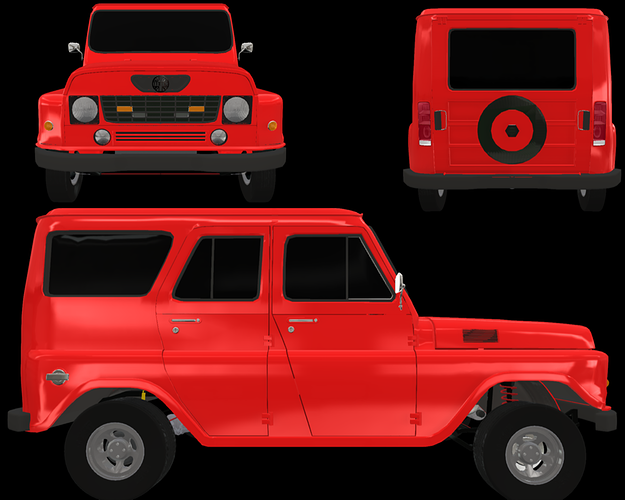 By 1970 it was time to renew the old Villa, and a new generation was presented, incidentally, the last generation of the Villa. Designing wise, the car took some elements from the Familiar off-road, a japanese design and proven technology from the Quijote.

Carrying the now traditional FR setup with solid axle in the back, the car came only with a 3 speed automatic transmission powered by a de-stroked version of the ALU4 engine. 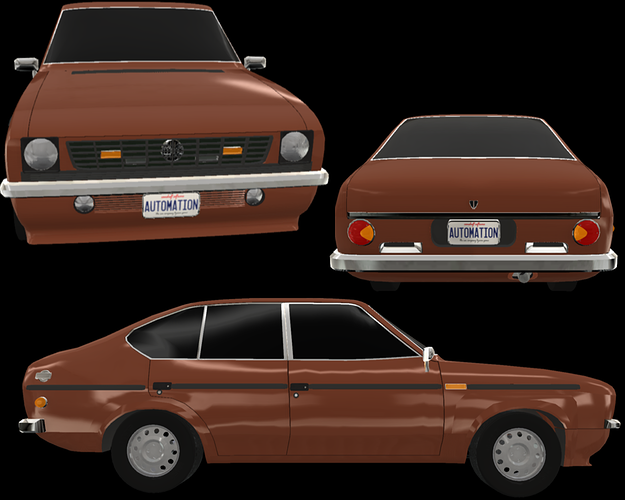 Haven’t seen a car from you in a while! This is an excellent return

Welcome back. The '70 Villa is a great family car by any measure - looks right, priced right and is right.

Loving the 70s brown you’re going for there

Dude very cool. You have to teach me how you do the engine graphs one day.

@phale @DeusExMackia @abg7 Thank! It was a long time indeed, but now I have a new job and I think I’ll be able to find more time to make more cars and stuff, I finally will be able to get closer to more modern times

@Darkshine5 Whenever you want, it’s very easy once you do the first one

By the end of 1969, ADM took out of the market the Quijote Familiar their only wagon model, but in 1970 ADM presented the new Pilgrim, the second model with an non-spanish name.

Trying to move forward with technology, ADM developed a brand new V6 engine (they were to ditch out the L6 design, as it was too long and wasn’t very efficient) with Direct acting over head cams (as the Alu4) placed longitudinally pushing the front wheels. This design allowed the engineers to put most of the weight in the driving wheels and the engine was behind the front axle, giving a nice driving experience. 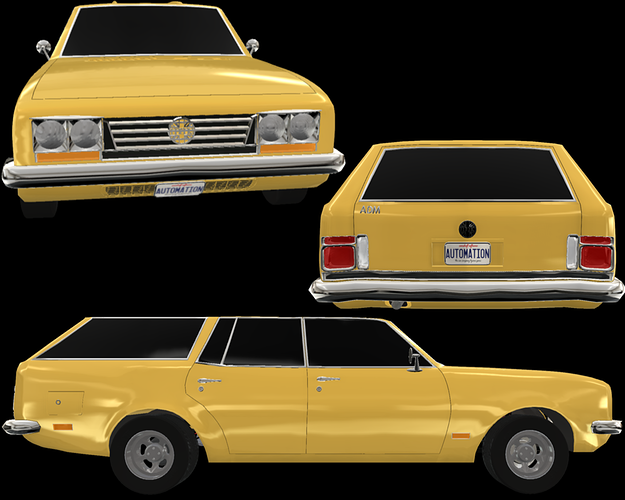 Due to the oil crisis, and internal problems inside the company, the production of the Mastin line is about to be cancelled. The pick-up models are already cancelled and the SUV versions will see the axe in 1971 (selling the stock through '72).

Old stakeholders of the company (the original ones from the time it sold agricultural equipment and it was called TCN) saw this with bad eyes, same as the new trend of naming cars in foreign languages instead of the traditional mexican last names.

1971 through 1972 was a hard time from the company, but the resolution was to split the company in 2 brands, one would retain the same name ADM and would sell mainly cars, with the new technology that has been developed by the company so far (DAOHC, V6s, monocoque and longitudinal FWD) and a second one called Mastin destined to produce big vehicules with some of the old tooling and technology (OHV V8, L6 and ladder chassis) as well as the Mastiff name rights.

The change was reflected in a new logo and the kill of the Quijote and Villa names. Only Rivera was kept, as it was the flagship of the company.

Nice! What body did you use for this one, btw?

In 1973 ADM engineers revised the current Rivera generation and did a minor facelift, as long with a brand new engine.

The Rivera in the 73-74 period only had 2 trims (2-door and 4-door) both more premium than luxury, as the economy was still struggling to get back in course. The new engine presented was called Barracuda and was the evolution of the previous Mastiff V8, built to be used in a wide arrange of vehicules.

Originally, the Rivera was equipped with a powerful variant of the engine, but it wasn’t considered as safe, as the car weighed over 1,700kg, more than the brakes could withstand at higher speeds, so the engine was strangled and the total speed was limited by gearing. The final version was still capable of 200 km/h, and made clear to ADM engineers that the days of ladder chassis cars were over, almost immediately after the facelift they went back to design the next generation. 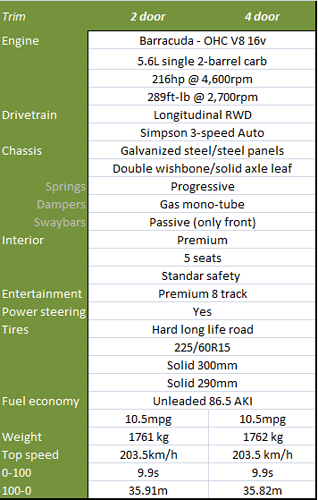 That is classy , remind me of Rolls Royce.

That is flattering, I was aiming to something more like a budget cadillac thing

In 1973, now that the other national competitor Meliora was in it’s way out of the Muscle car market, ADM saw an oportunity to present its take on the Muscle car.

The previous car, the '68 Foxhound wasn’t faster enough to compete with other cars (such as the '69 Puma), so now that most of the muscle cars were getting off the market, ADM upped it’s game presenting a powerful and fast car that did complied all the modern regulations, like the use of unleaded fuel.

The trims started with the v6, using a 3.8L variant of the V6 used in the Pilgrim and then moving to different V8 based cars, topping with the Grand Prix, with whopping amount of 338hp (the most powerful ADM engine so far), or the premium variant, the Rally.

Sadly this golden window only lasted 2 years, as in 1975 all cars were required to use a catalytic converter, and ADM went back to the designing board. 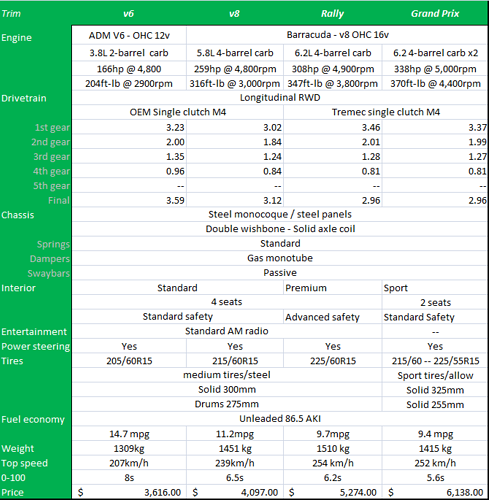 I never thought that the new Foxhunt would look better than its predecessor, but it does - and it’s faster to boot!