That’s an excellent-looking family car right there, especially as a 3-door shooting brake! The styling is most definitely period-correct, as are the mechanicals.

Oh damn, I would love a sports version of the Chapeau hatchback. It’s great!

1975 was an important year for ADM. Due to the new environmental restrictions, using only unleaded fuel wasn’t enough, it also required the use of catalytic converters in ALL models. ADM saw this as an opportunity to complete its change (that started a few years back when it splitted in 2 brands) and renewed all models.

The Rivera tho, was the only car that remain almost unchanged, it even kept the heritage name. It came in 2 models, the Premium and the Royal. Both were luxurious vehicles, but the Royal included extra commodities, such as hydropneumatic suspension and a more crafted interior with outstanding audio equipment and huge seats (the rear middle seat was replaced with a wood console). Resulting (even with one seat less) in over 80kg of difference. Obviously, only a few per year were sold of this trim.

The powerplant for both trims was a strangled 5.6L Barracuda V8 with significant less torque than the previous generation. I love what you did with those taillights

The new generation of the proven concept Pilgrim was similar in size and some aspects of design, however the new version had a more streamlined design, taking different elements from the Chapeau.

The ADM V6 3.4L was the only powerplant available and as usual, was mounted longitudinally powering the front wheels through a 3-speed automatic transmission. After a couple of years in production, the Foxhound 2nd gen received a facelift, that makes the whole line-up more homogeneous. Mechanically, all engines were now fitted with catalytic converters, which hit directly on the amount of power these engines were producing, making them slower than previous models.

The major surprise was thas that the Grand Prix trim, which was the powerful trim was not renewed, and insteed the Rally was now the top of the line. Ooh, I’ve got a car which should be a perfect competitor for the '75 Foxhound… Does ADM sell in America by any chance?

What’s the in-game price and markup for these, by the way?

It may not have been as fast as its immediate predecessor, but back in 1975, anything with at least 240 horsepower would still have felt fast enough, as the Foxhound Rally certainly did!

@phale Yes, ADM sells in the whole continent, both mexico and US being the more important markets

which car is it? I’ve found that there is some sort of lack of competition in the 70s here in the forums…

The Tehuano is too much sporty to compete with the '75 Foxhound, but it can go against the '75 Perenne turbo or the '73 Yellow Fox

ADM is proud to announce a new partnership with japanese automaker Sanda!!!

"Although Sanda is a relatively new company in comparison to ADM, we are truly happy to announce an exciting partnership whit the japanese car maker. We are surprised by how much they have accomplished in nearly 20 years, coming out of nimble origins, and we have arrange a new deal that will make both parties happy." - Marcos Thomas González, ADM’s president

November 1978, at the end of their 3rd quarter of the current fiscal year, ADM has announced a partership with Sanda. Details are as follows:

More importantly, both have agreed to join forces to enter european markets, detais are scarce of this point, but it seems a new office will be HQ’s somewhere in England or France, and existing Sanda and ADM models will be sell under a new undefined brand, but some sources agree that entirely new cars will be developed for this market.

Following my previous post I’m presenting ADM’s naming system for engine and transmission. Car model name is basically the name of the car and the subname or designation of the trim 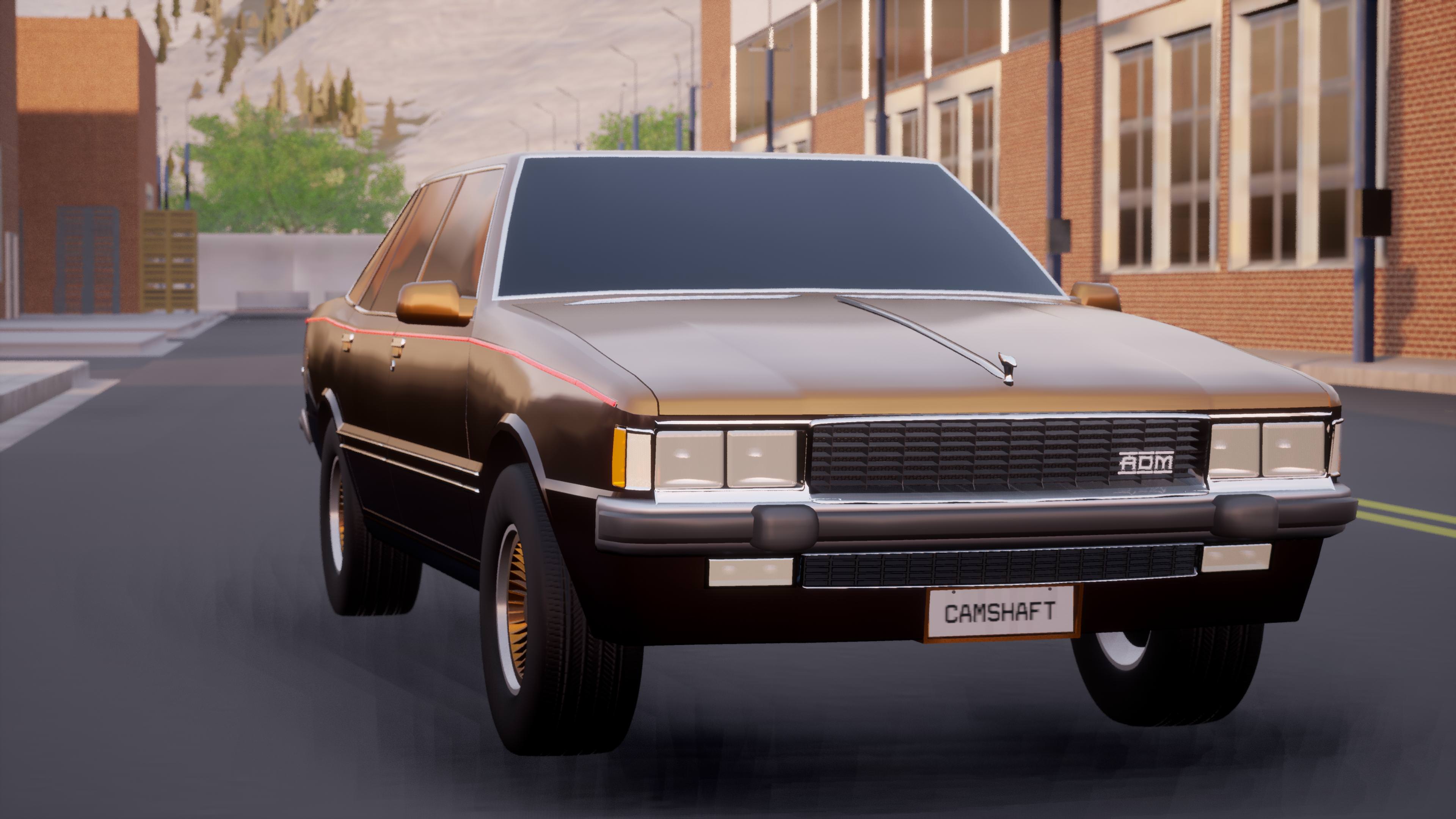 After way too many years (only 5), in 1980 it came the new generation of the oldest ADM model, the Rivera. Still aimed to the folks wanting something more refine that your typical ADM, the Rivera was now set to compete agains the Meliora Paludet in its own country, although the actual diferences in commodities (and price) were significant.

Summary
The Rivera has been a recurrent car in ADM lineup since 1948, and now in its sixth generation, there are no signs of ADM stop producing this model

This new generation, came with the same Barracuda V8, with 5.8L of displacement and 144hp and 278 ft-lb of torque, significantly lower on power due to the new CAFE regulations. In an efford from ADM to meet the regulations, all of its line up has been suffered significant power reduction. The engine mounted on a traditional monocoque chasis with a live axle with coils in the back and McPhersons struts in the front. 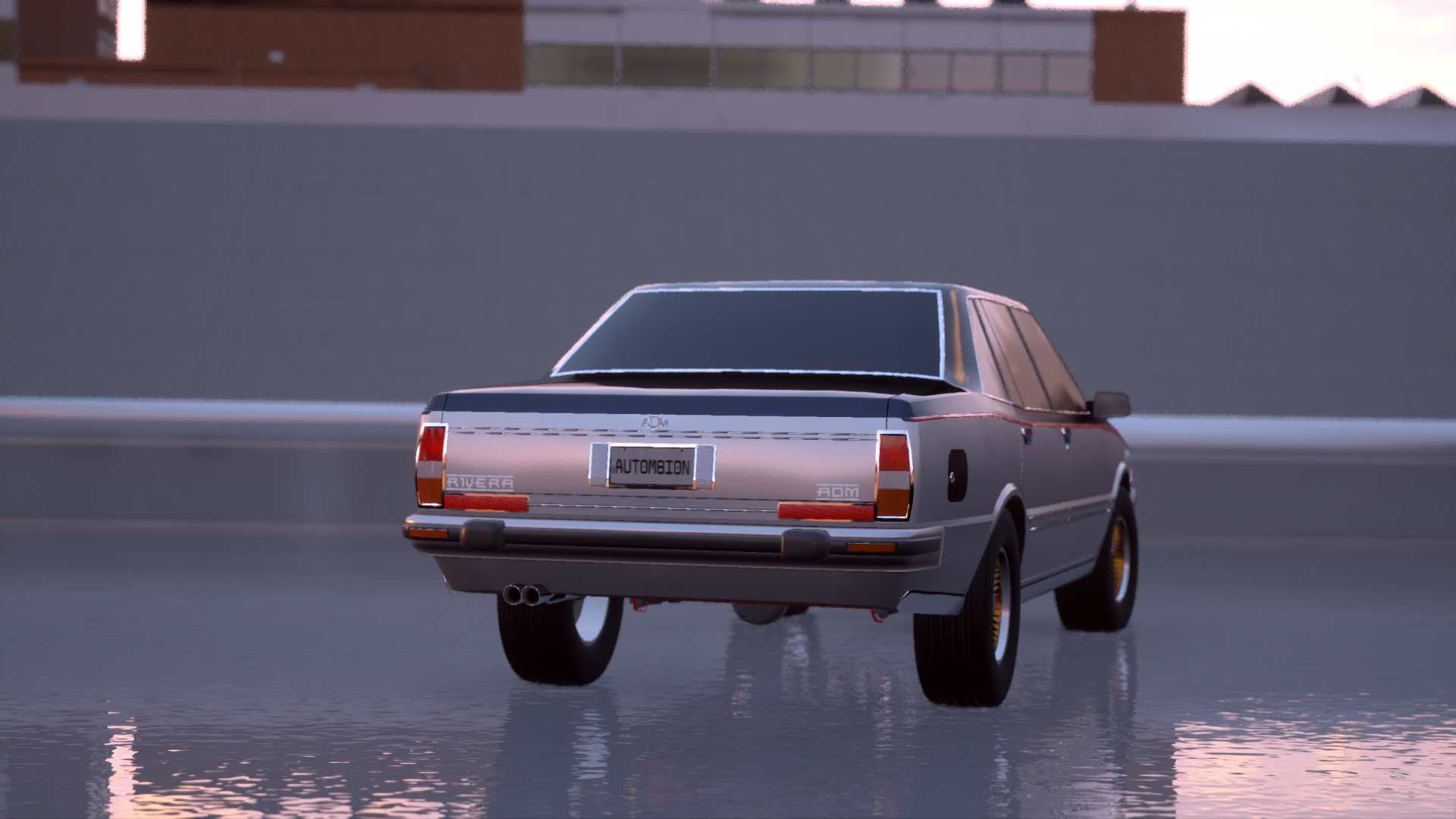 Would you buy a Rivera or a Meliora Plaudet?

To the public, two models were offered, the Rivera Estándar, the base version with disc brakes all around, a 4 speed automatic, vinyl seats, wood accents and carpet all around, with a simple AM radio. The second trim was simple called “Lujo” and it upgraded to a more comfortable leather seats interior, some electronic adjustments and a 4 speaker 8 track player, with a brand new hydroneumatic suspension system, making the Rivera Lujo quite the ride to enjoy.

Also, a third version was available, but only to the police. It had a stripped interior, upgraded brakes and suspension, as well as a 6.2L Barracuda V8 with 177hp. 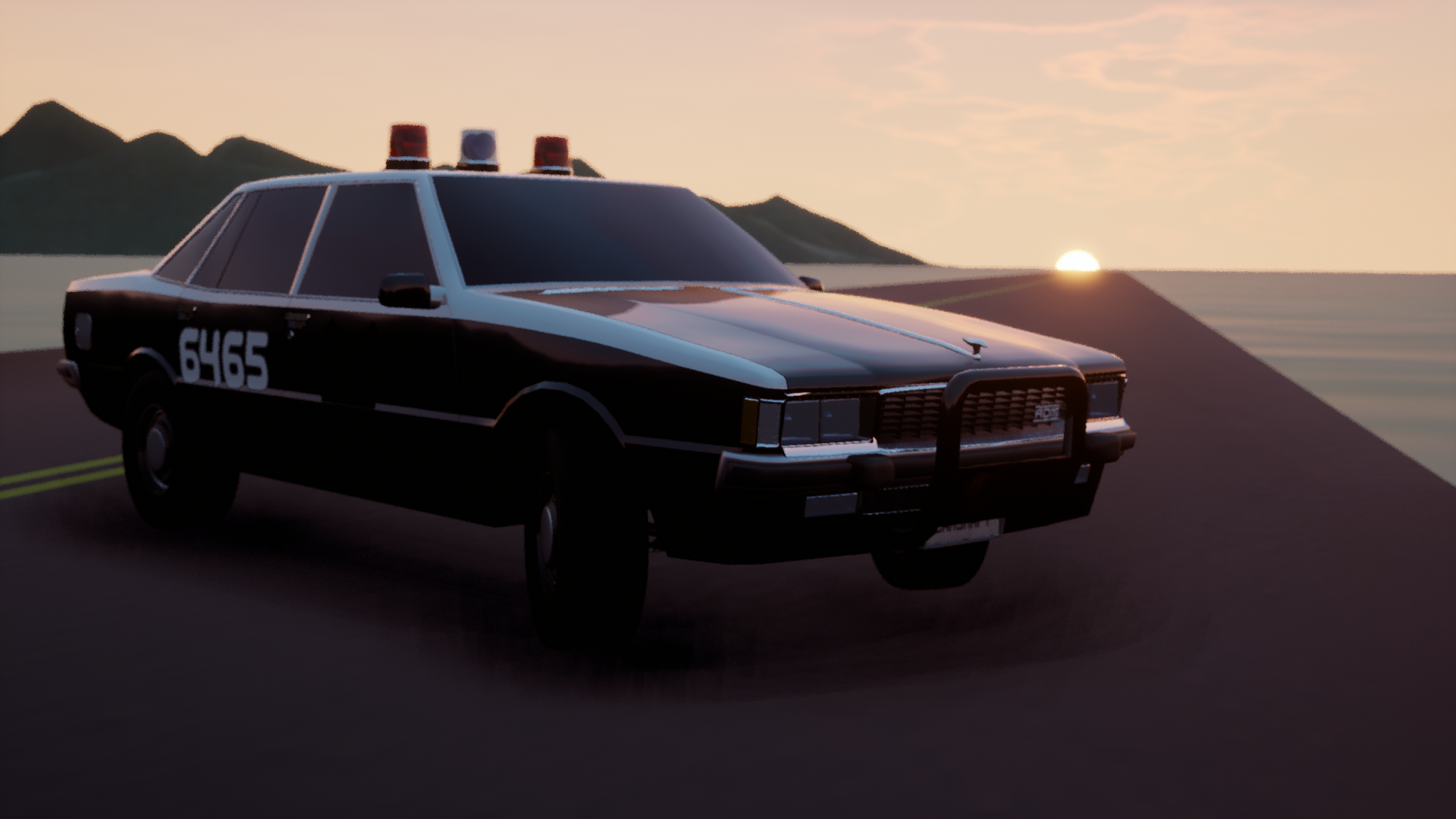 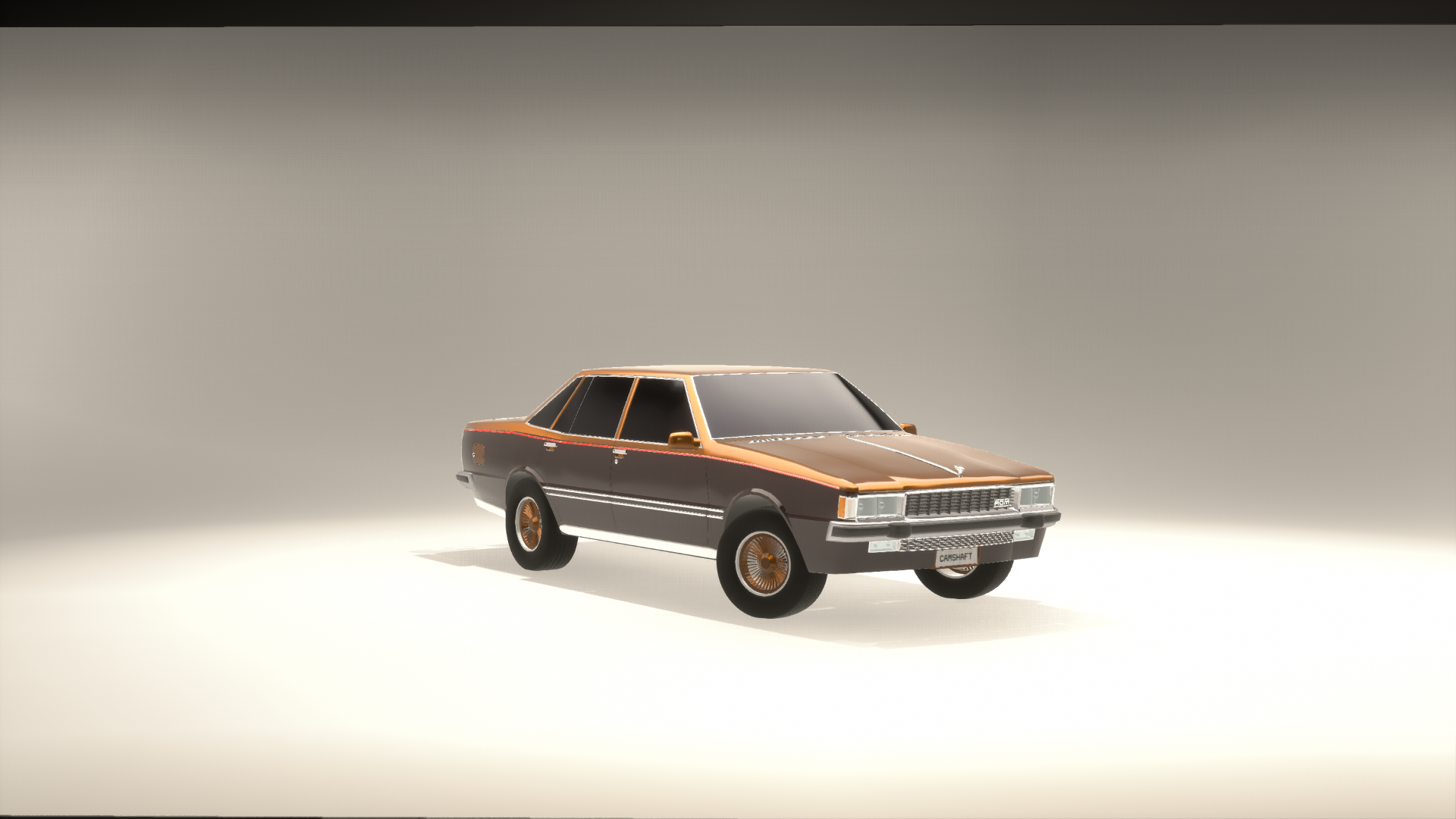 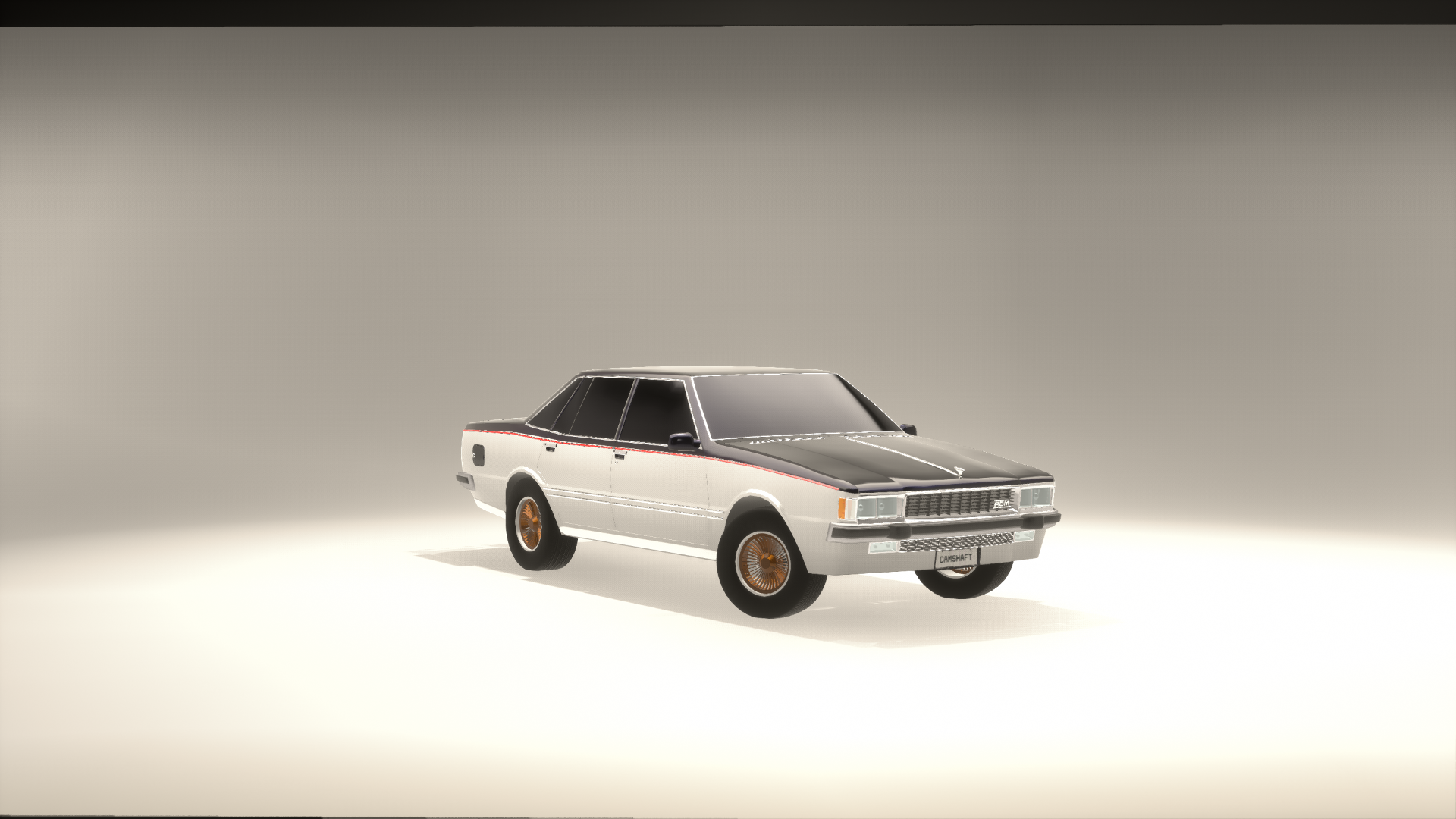 Love it! Front is badass but the rear lacks punch comparatively. Still, looks awesome as a police car

I like it, and speaking of the rear, even if it’s not the worlds most exciting design it certainly feels period correct so no complaints there at all!

There are a few things that in retrospective I’d change from the rear, but at the same time, it feels like it goes well with the overall design and time period. And the police version looks awesome, I’d probably do more pictures with it or something. (although it handles like sh*t) 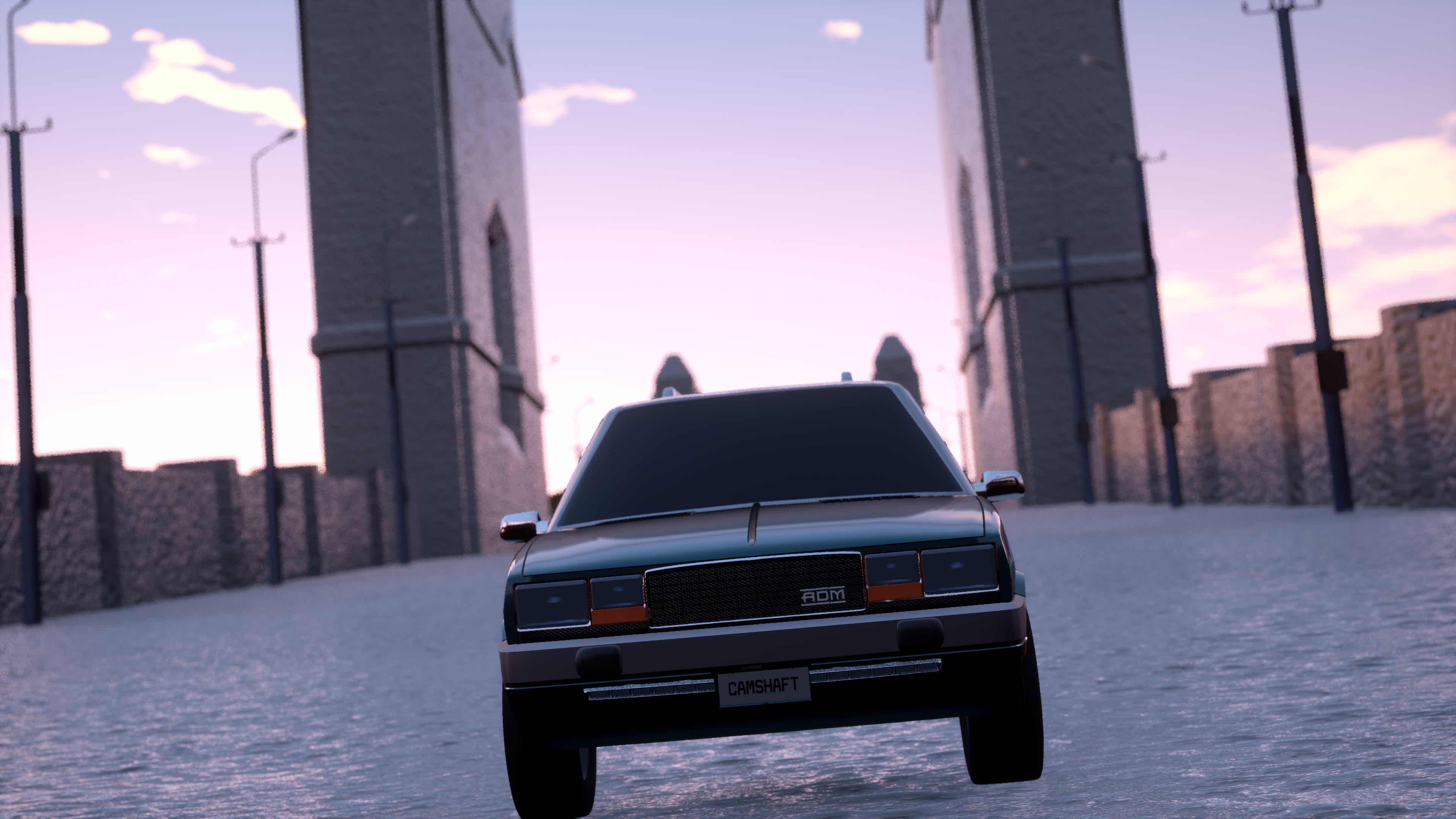 After the name Quijote was discontinued in 1969, it returned in 1980, as the only FWD car in ADM lineup, and one of the few longitudinal front wheel drive cars in north america.

After 10 years of trying english names, ADM decided to go back to the old naming style, and resurected the Quijote (which replaced the Pilgrim name, that was now a different european model).
Despise the possible confusion with names, the Quijote maintained almost the exact formula of the last Pilgrim, instead of going back to the roots of the name.

The ADM V6 was still powering the unit, but due to emissions and CAFE regulations, the engine was downsized to 3.2L producing only 110hp @ 5,000rpm and 147ft-lb @ 2,800rpm and mated to a 3 speed + overdrive automatic transmision. 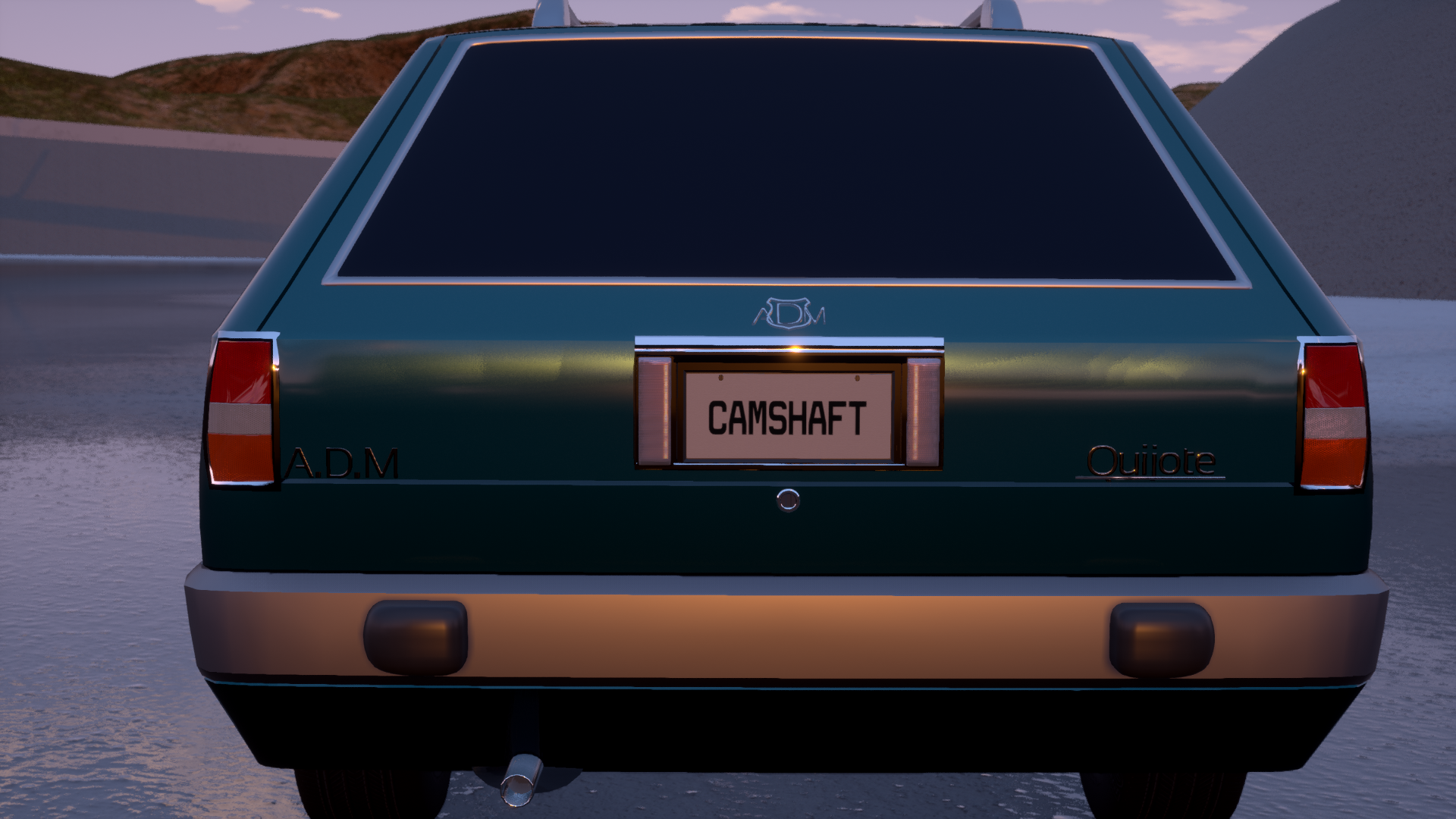 The rear is simple, with the ADM logo that differentiates the american and european models

The equipment was rather decent for its price [I guess…], with front ventilated discs, 5 seats and a dual speaker stereo with an 8 track player, and hydraulic power steering.

Despise it’s weak performance (0-100 in over 11 seconds) and only one single trim, was still fairly cheap, and that helped boosting sales in general. 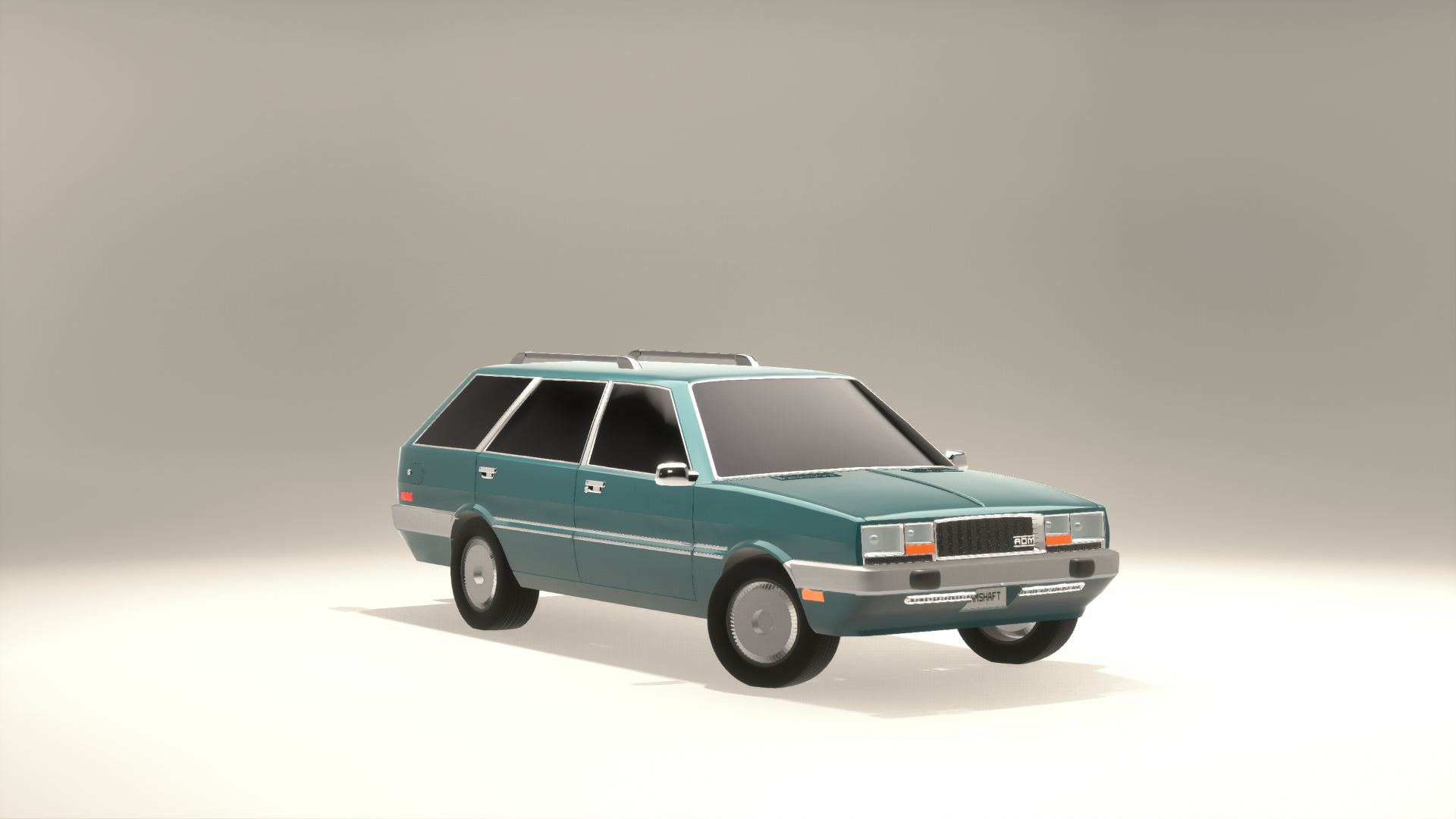 By 1981 ADM revived the Villa name. Same as last time, it was a small compact car, for those who want a small inexpensive car, but require more cargo space than a sub compact. Also, it was the first ADM car with a transverse FWD configuration. 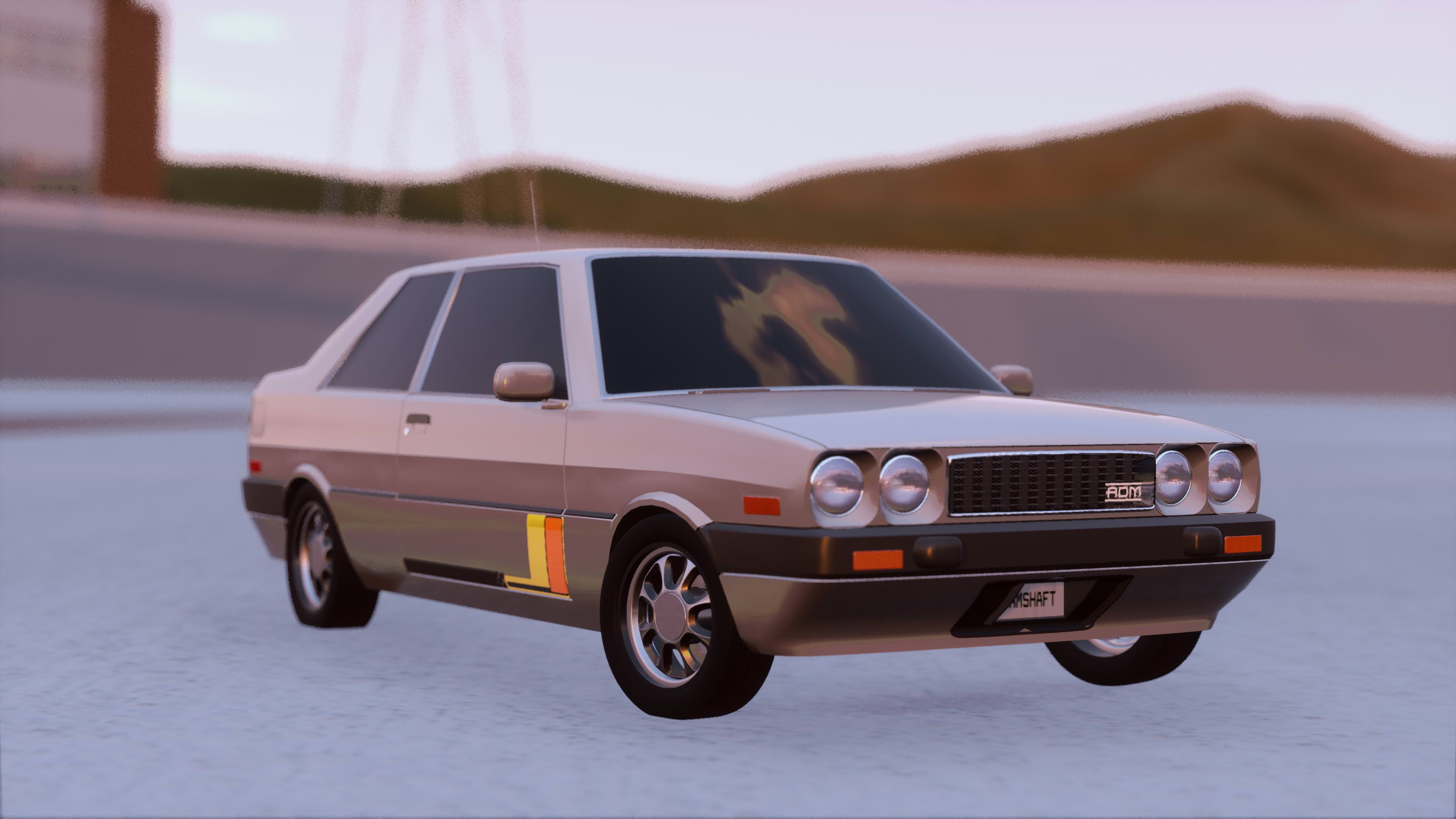 History and development
The 1981 Villa wasn’t truly an ADM car, underneath it was a rebadged Sanda Archer, it even was marketed as ADM Villa by Sanda in the US and Canada.

In fact, due to the expansion ADM was having into european markets, upper management was cutting corners whenever possible, using re-badged Sanda cars or re-engineered existing cars from its european counterpart. The villa was no exception, and it only received some minor tweeks. Front and rear bumpers were added, as well as rear reflectors and the ADM grille. The engine was the B series engine, also taken from Sanda, compatible with US emission standards. 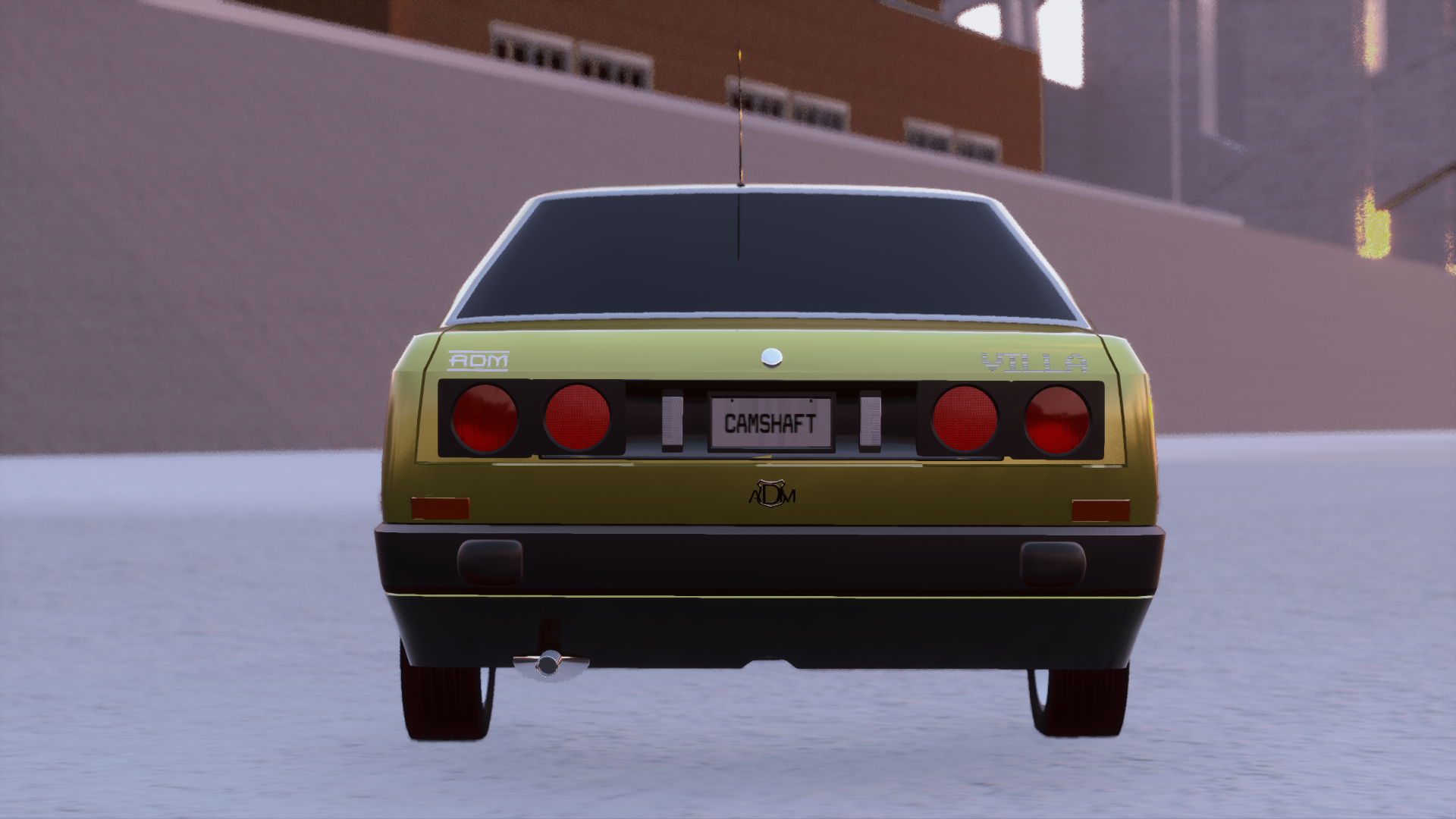 Classic early 80s Sanda tail lights. The Same style font used for Sanda was kept, but it said Villa instead of Archer

There were 3 trims, Base, Cruise and Grand Prix. All came as a coupé with a 4 speed manual transmision, with solid discs front and drums rear. The main difference came in the interior equipment, as well as the engine and wheels. The Base and Cruise came with a 1.6L engine with 78hp while the Grand Prix came with a 1.8L engine and 95hp, plus alloy wheels and upgraded suspension. 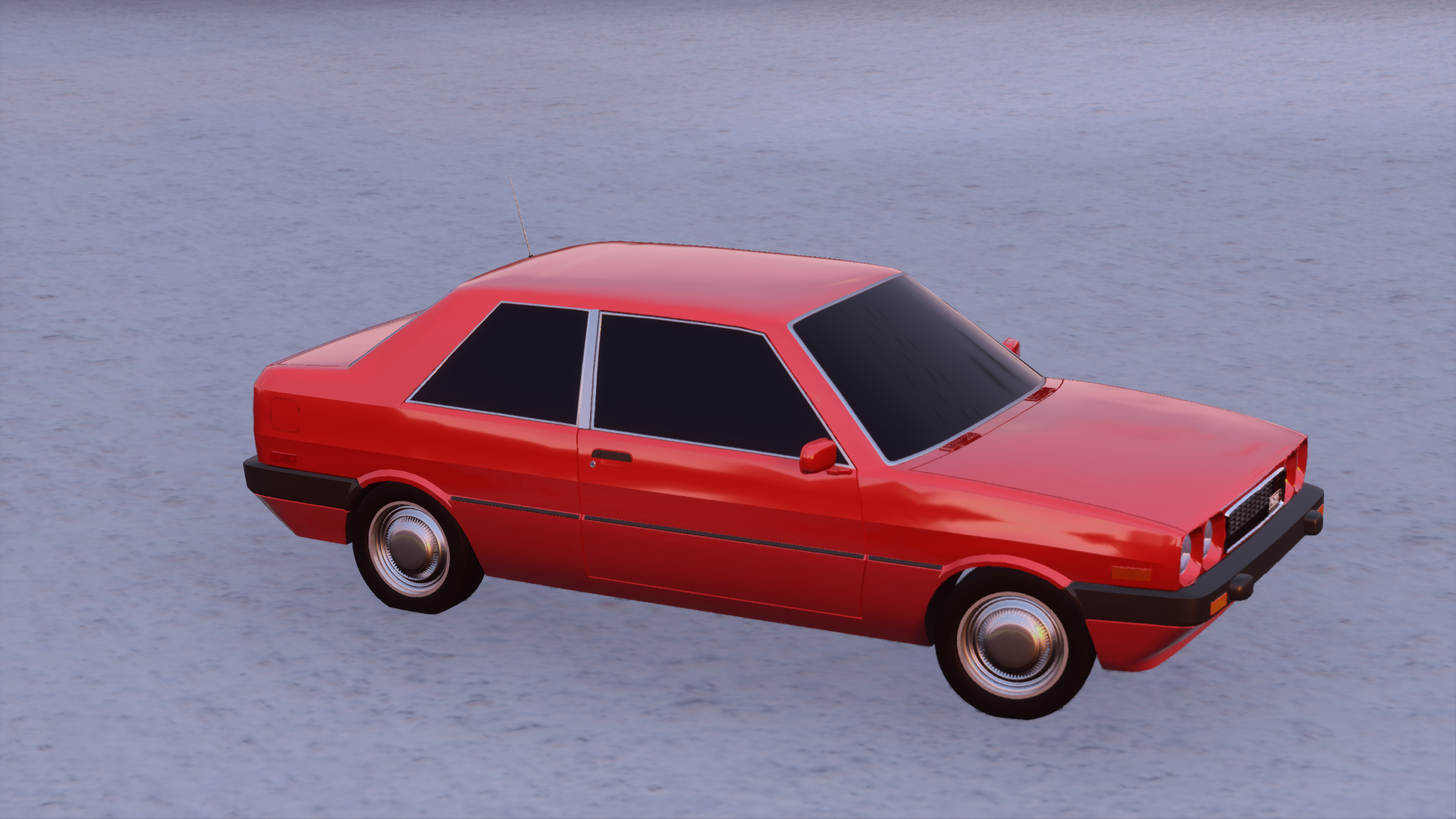 Price and stats
Prices are in 1981 US dlls 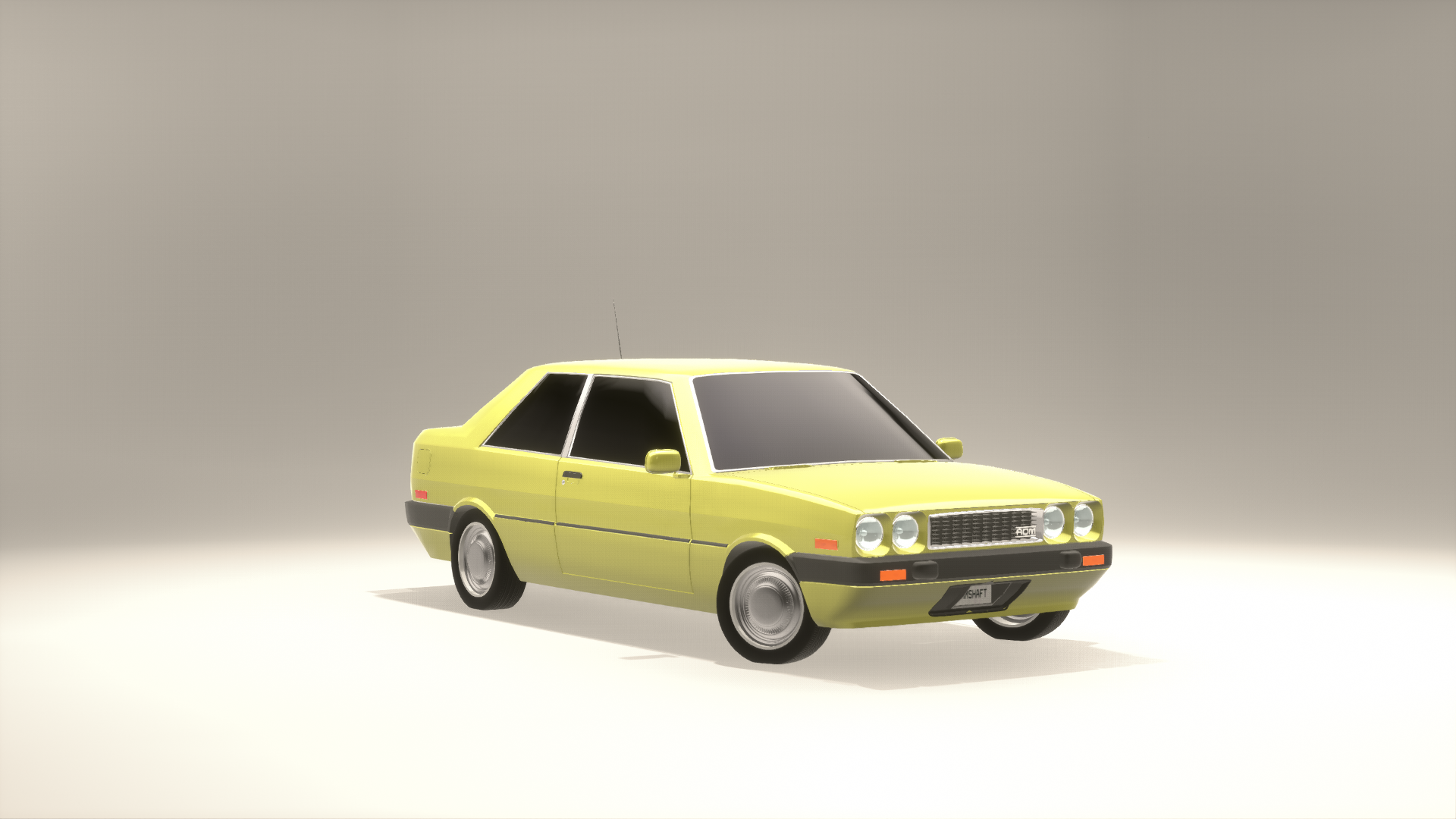 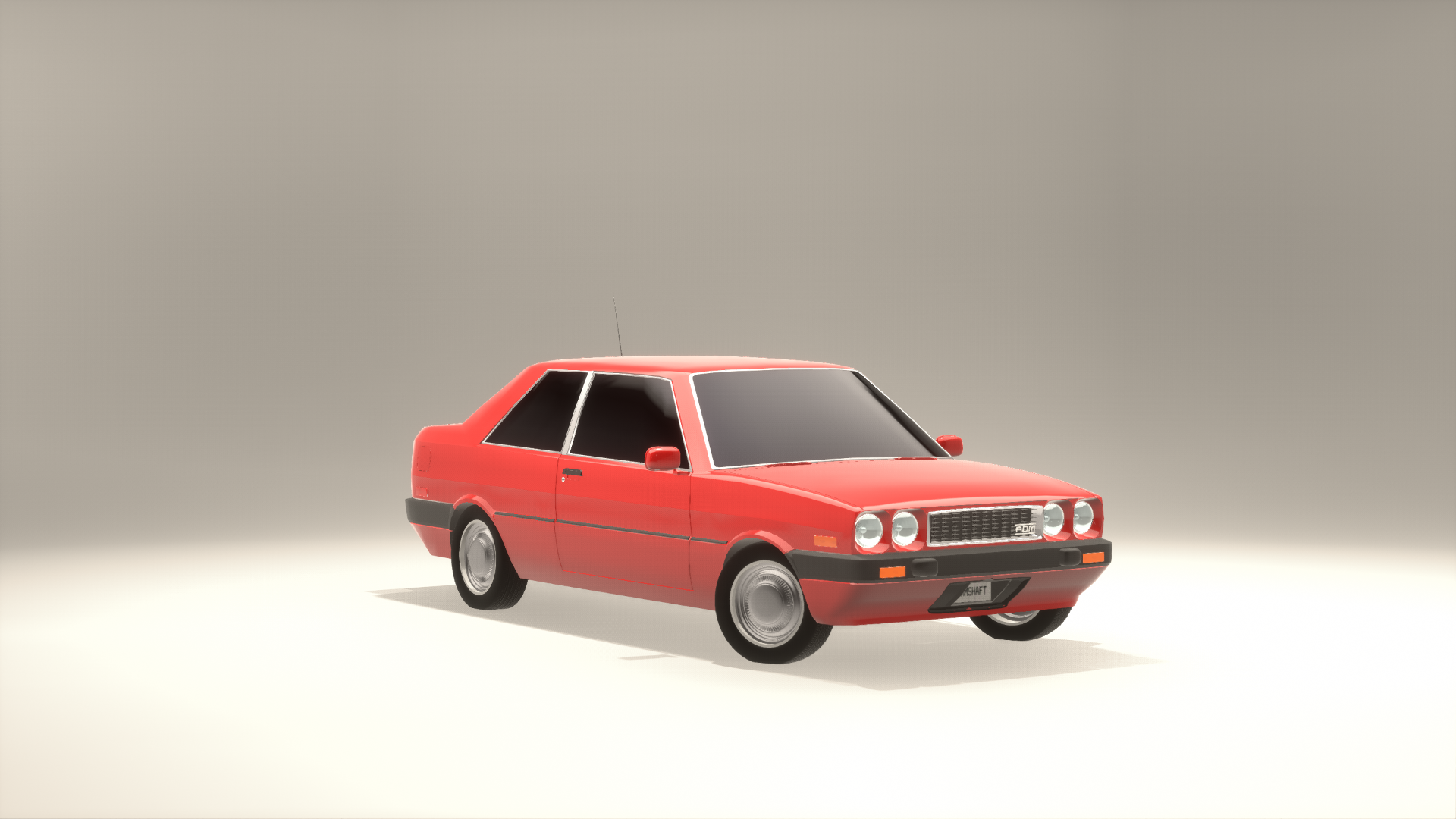 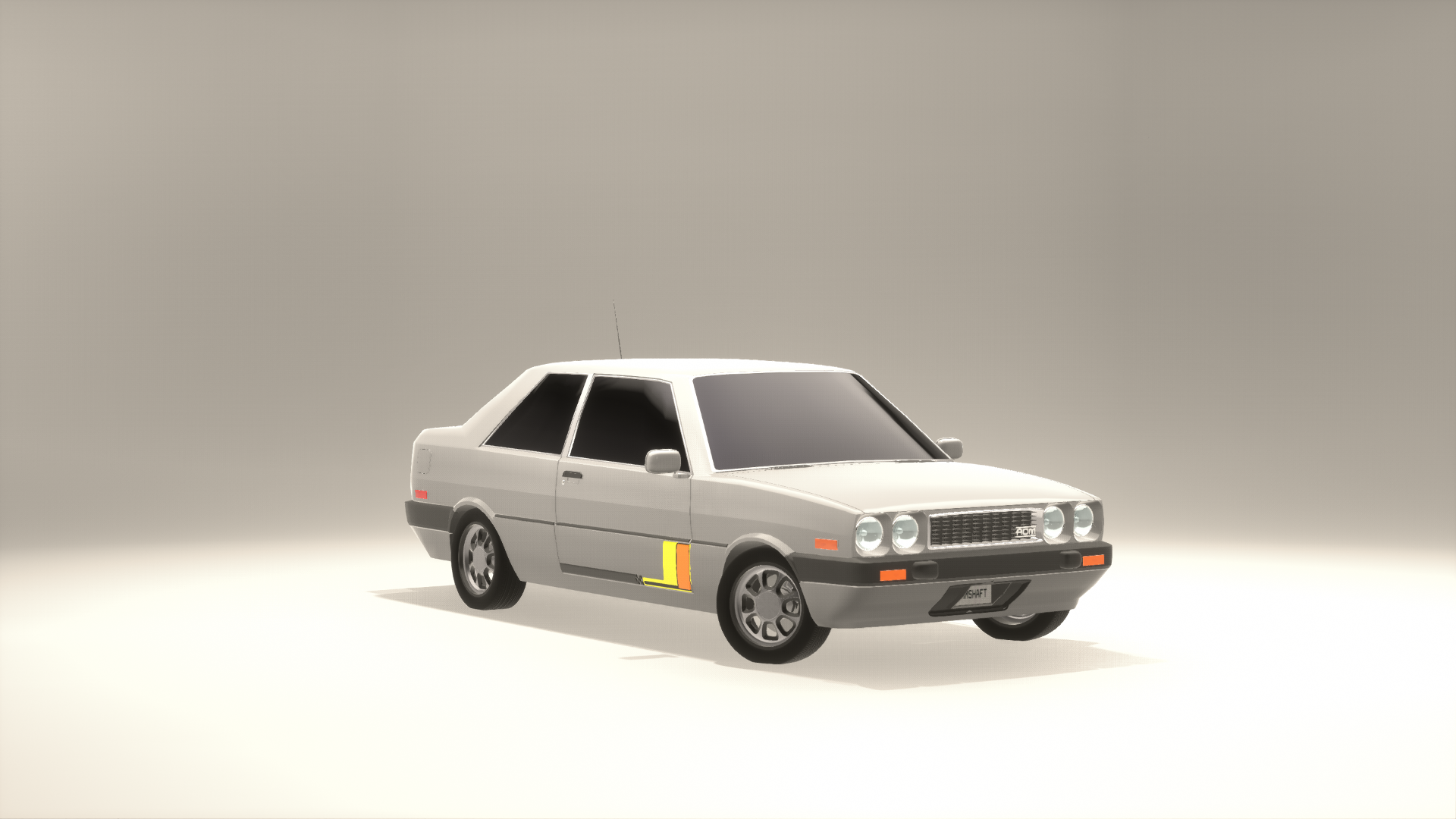