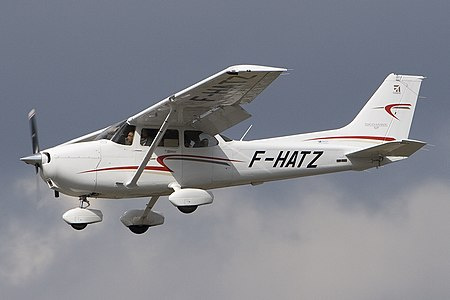 imma just leave this here and have you all speculate

So, I built a fully rules-compliant car, and I have some questions.

By the mid-seventies, most of the smaller American cars (including a couple of your example pics) were monocoque, but the ruleset nearly mandates ladder frames (having an Offroad score minimum for a muscle car challenge is also very confusing). Making my car fit the rules meant I had to abandon any thought of putting actual muscle into it, and it became a full-fledged malaise machine.

I’ve eased up on the rules a bit, I think I got a bit paranoid about trying to force a certain kind of car with only cost requirements. Car and engine ET and PU have been raised, and I decided against the V8 favoritism as well. Gas mileage requirement is now 15mpg. Also, some of the stats your car has to meet are just a little lower. I’ve also banned DOHC, SOHC3 and SOHC4 outright to keep things low revving, but you might be able to afford some top end quality too.

You should be able to make a car that meets MPG requirements and over 100 horsepower without pulling your hair out, although these are mostly still going to be pretty slow. You can also afford monocoque with spartan features or a little negative quality.

I think when I was sizing up for these numbers, I might have chosen a body for my test bed with really good CD or other qualities, (I didn’t really look) so the requirements were a bit high.

oh, it took me a while but I did make a nice car meeting all the previous requirements. Guess that one will suck by the new standards

Is this body ok to use? In the pic it says 2.6m wheelbase but in the testing screen it says 2.59m.

That one should be fine. It is exactly 102 inches.

If anyone is looking for a car to drive, I have one made (I think it’s pretty good, but I haven’t seen anyone else’s yet). I have keyboard controls and I’ll never be able to keep up. PM me if you’re interested.

i hope the deadline will be extended since fixtures are still broken!

I’m planning to keep it on schedule. So far the only big fixture problem I’m aware of is the the one affecting most mod turn signals, and that can be sort of worked around.

In fact, if anyone is up for it I might try to host an early practice session tomorrow.

In fact, if anyone is up for it I might try to host an early practice session tomorrow.

I’m hope it’s early US time, or else I’m still working…But I would quite like that actually

But we can also assume that the rest of competitors are having the same struggle, so all cars will be equally terrible and this shouldn´t have any effect in the polls at all

I mean, yes. But also why would anyone want to make bad cars on purpose? I’m not making any cars or even opening the game until it’s at least back to how it was a week ago

About the fixture bug in the photo scene. They seem to work in the 80’s Showroom level.

Mod lights are a lot nicer than vanilla, but at least in America in 1975, all you had for headlights were either circle lamps or rectangular (1975 was the first year for those). You can make a believable looking car with vanilla stuff.

You’re completely correct, which means I should definitely redesign the front headlights on mine(they’re way too 80’s, almost 90’s)

You’re completely correct, which means I should definitely redesign the front headlights on mine(they’re way too 80’s, almost 90’s)

Making matters worse is that the fixture variant you used is more appropriate for the 2000s or even the early 2010s.

Looks sporty but still drives like a land yatch

I would love to enter this, but I’m unable to enter the race and I’m not having luck finding someone to drive. lol