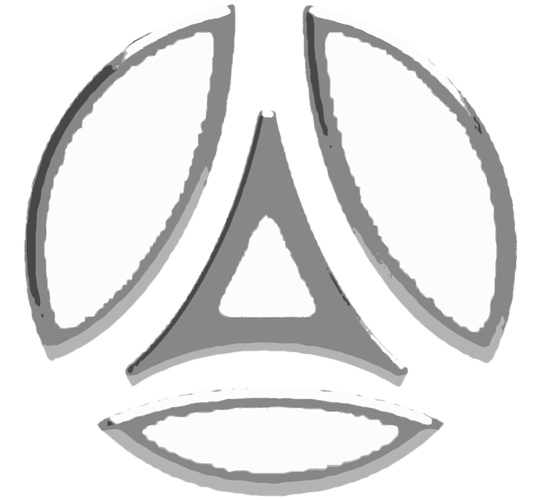 A Brief History of Audentia Motors

Audentia Motors was founded in 1955 by Sigurd Schaefer in Düsseldorf, Germany. Sigurd became the apprentice of a bicycle importer in Burschied in 1953. While working as an apprentice, Sigurd was also developing his skills in engineering, design, and construction. Sigurd’s dream was to build an automobile company that would forever be known as one of the all-time greats. In 1955 Sigurd had founded Audentia Motors with his lifelong friend, Burnie Reiner, and his wife, Serena.

Sigurd Schaefer’s dream was to create a company that would never be forgotten, thus the Latin word Audentia, meaning courage and boldness, was chosen. The company’s logo was designed by Sigurd’s wife, Serena. The three parts of the circle symbolically represent the three founding members of Audentia Motors.

Creating the car company that Audentia is today, was by no means an easy task. It wasn’t until 1965 that an Audentia even showed up on a racetrack. Audentia’s true claim to fame was with the 1961 Astolfo. The company masterfully combined the engineering prowess of Germany with the contemporary styling of many exotic cars within Europe. The company experienced steady growth from the mid-60s to mid-70s. Unfortunately, the company cracked under their wild success and in 1974 the company seemed to have hit the height of its success. Four years later Sigurd Schaefer died of stomach cancer, the death of the companies creative force led to an exponential decline in sales, nearly landing the company in bankruptcy. However, Sigurd’s son, Gabriel took over the company in 1990 and began revitalizing the dying company. Gabriel began changing the way Audentia looked and operated, pouring radical new ideas and money into their cars. By the late 2000s, the company’s glory had been restored and has since been one of the most prestigious car companies in the world. 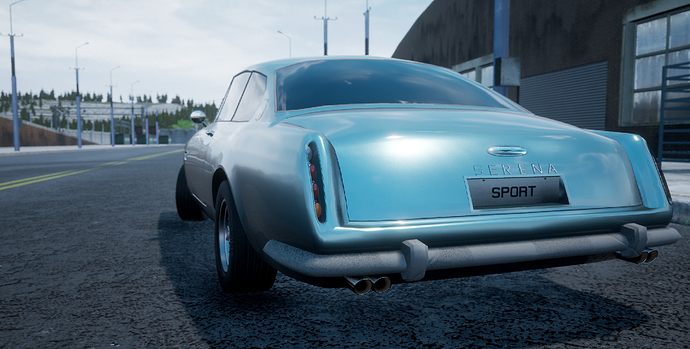 Serena (1).jpg2582x1308 1.03 MB
The first car ever produced by Audentia, the Serena, was appropriately named after his wife, the one thing people jokingly say he cared about more than his company. Sigurd is quoted saying “the car, much like my wife, is beautiful, has wide rims, and is low-maintenance.” The Serena has a 3.5L V8 twin carburetor engine, with all 255 horsepower going to the rear wheels. The car was truly magnificent to see, especially on the roads and side streets of post-war Germany. 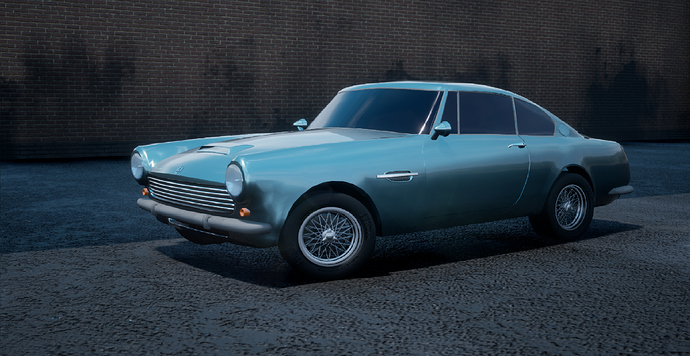 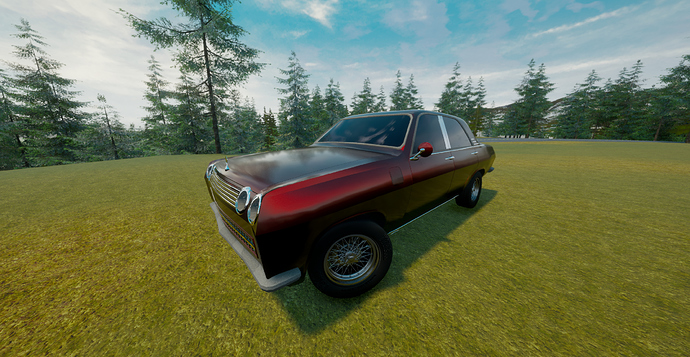 Astolfo (1).jpg2352x1220 1.39 MB
The car that truly put their name on the map of motoring was the 1961 Astolfo. While Sigurd Schaefer admits that the design of the car is not his proudest work, the engineering of the Astolfo was brilliant. The Astolfo was considered by many the perfect family man’s car. It was masculine and yet family friendly. The car comfortably seated 5 and could last forever as it was easy to patch up. 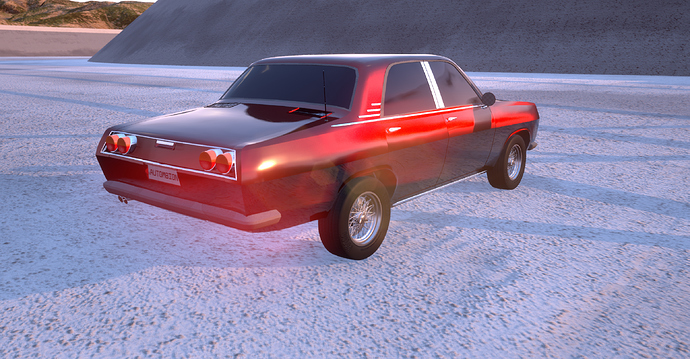 The car was produced from 1961-1969. The car, however, was put back into production in 2011. In the 9 years the car was in production Audentia made 300,000 cars, drastically passing the production numbers of their previous car, the Serena.

The 1965 Rhino was the first ever car Audentia made that made it on to the racetrack and won. Sigurd says that spiritually it is the predecessor to their first ever car, the Serena, and that is where the main shape of the body came from. The Rhino was created to look minimalistic to save weight and perform well. In truth, the Rhino is considered by many to be Audentia’s first performance car. The Rhino was built around a powerful 3.1L V12, knows as the Velocitate, that sent 321 horsepower and 246 ft-lb torque to the rear wheels. The engine came equipped with a DCOE fuel system, 6 carburetors, and a race intake. The powerful engine allowed the Rhino to accelerate from 0-60 in 5.2 seconds.

The light-weight supercar was in production from 1965-1967 and in that time Audentia was able to produce only 250.

Not quite sure the engine is getting enough air though… A small V12 with 6 carbs does tend to need at least some.

You’re absolutely right, a small miscalculation on my part

Those are some neat-looking classics you’ve got… No wonder the Rhino would have been in high demand 50 years ago!

In 1965 Audentia Motors decided to try and appeal to a broader audience. In an effort to attract the attention of the working class Audentia Motors built their very first truck, named the Pegasus. The Pegasus was built from the ground up and didn’t borrow any parts from previous Audentia Models. The Pegasus had a ladder chassis made from galvanized steel. The flexible yet incredibly durable chassis allowed for a much more rugged approach to driving which made it not only convenient for off-road driving but also very fun. 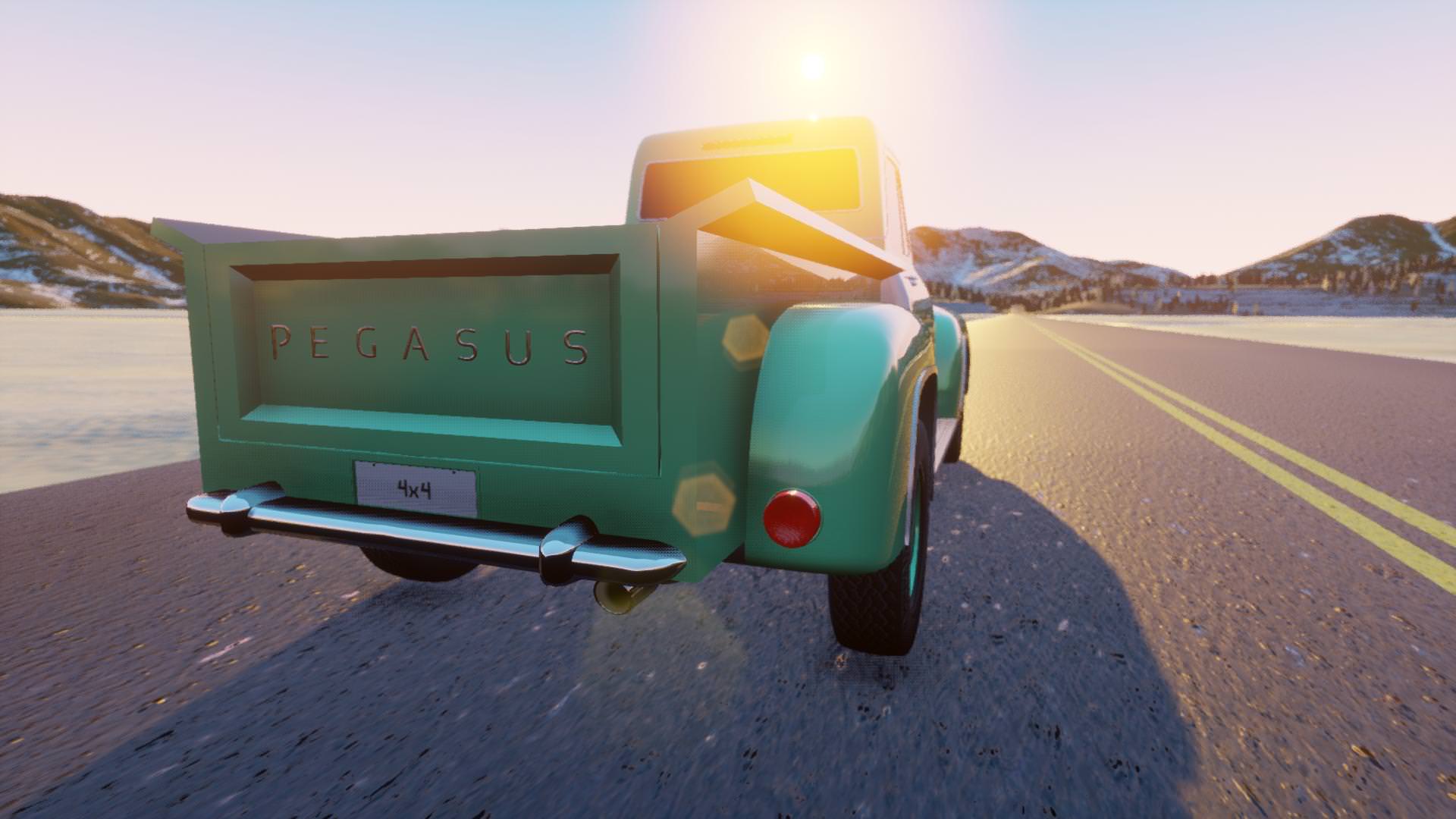 The Pegasus ran on a simple 2.0L four-cylinder engine that produced 71 horsepower and 101 lb-ft torque. The Pegasus was sold for eight years before it was replaced by a newer generation in 1973.

HighresScreenshot00003.jpg2560x1440 1.04 MB
The long awaited 2019 all-new 2020 Audentia Conquest is finally here, opening the doors for adventure. Specifically built for the growing SUV market the Conquest is packed full of technology, convenience, and versatility making it truly worthy of an Audentia flagship SUV. With an available 217 horsepower 2.4-Liter inline four engine, self-leveling front and rear suspension exploring the world will be easy and luxurious.

HighresScreenshot00004.jpg2560x1440 1.02 MB
Built like a beast with Audentia’s German heritage, the Conquest can seat up to 8 on or off the road. With the available double stitched, quilted seats, ceiling mounted vents, and entertainment system, keeping eight occupants in complete comfort is nothing but a breeze for the Conquest.

Are you kinda copying my LX Turbo trim with your SX Turbo!?

I know it was meant as a joke. It’s just very similar to my highest trim in one of my companies.

A bad joke,if you ask me. Especially you call someone copying your design when he didn’t,it’s quite insulting to him.

I smell a naming conflict

Fuji Motorworks Press Event II The lights dim and LEDs on stage turn blue as a small sports utility vehicle rolls out onto the stage. Conquest SUV The all new Conquest comes to Detroit with a 2.5 liter straight 6 and optional AWD. This midsize SUV is perfect for adventure, if that adventure is dropping the kids off at soccer practice, buying furniture or going hiking. Just get a front wheel drive model so you can adventure with 50 mpg. [HighresScreenshot00240] Economy The new Conquest offers …

Oh, well I am very sorry if it was insulting to them.

Indeed, I was unaware of this. I will change the name if you would like.

Don’t worry about it. Is good. Naming conflict = fight to the death anyhow

Humanity accomplished many great things in the last decade and the people expect nothing less than greatness for the next and Audentia aims to deliver. With tomorrow’s higher standard of living there is no car that suits you better than an Audentia. After America put a man on the Moon people were expecting a great new era of technology and luxury and Sigurd wanted to deliver that expectation. He wanted to build a car that looked like it could be its very own spaceship but also had the power to shoot you down the highway at the speed of one.

“Of course I was joking about creating a car that could go at such ludicrous speeds but I did always think of the great vastness of space as a kid. Every kid had that period where they wanted to be an astronaut and be the captain of their very own spaceship. The Milano is just a love letter to that childhood dream many of us have shared.”
----Sigurd Schaefer

HighresScreenshot00000.jpg2560x1440 885 KB
Unlike other vehicles of this time period that try to reduce the complexity and number of buttons across the dashboard, the Milano adds many aluminum knobs and switches that don’t do anything but do add to the sense of being in a real spaceship. The manual gear shift is shaped like a joystick, the “steering wheel” is modeled after a fighter jet yoke and to top it all off the gauge cluster is made of a liquid film transistor.

It’s clearly a vision of the future, and I would expect something like it to go into production a few years later. However, given that the engine bay is too small in a mid-engined configuration, I’m wagering that it’s actually front-engined.