My own feelings on this is that finding the right power to weight should be left relatively free, as it is up to us to work out how much lower is enough speed versus how little weight gives best handling. The track list should set the tone for that.

However I’m not sure where this leaves us in terms of safety requirements. A number? A system? Lighter cars and aluminium cars would be at a disadvantage (maybe rightfully so).

Or are we looking to establish a touring class of tournament where all vehicles ought to have a similar, narrow range of performance?

I also want to bring up a question @DoctorNarfy had but you probably missed. Is fuel economy factored in at all? Is there any benefit of having an engine economy above 18%, or is it worth putting points into aerodynamics stuff for fuel eco, etc?

Because the Argus is ready to go

Do hydropneumatic and air springs count as active or (semi-)active suspension components?

I’ve made a 300 hp engine and doesn’t have any problems at all with the weight restrictions/budget.

I have a 1444 kgs RWD sitting at $17000 (a little overweight) and a 1395.5 FWD sitting at $16900 (almost right on the restriction) and none of them has any qualitypoints in them at the moment. So, either we’re not meant to use qualitysliders that much, if at all, or i’ve messed my builds up.

You should probably ban this particular hatchback. 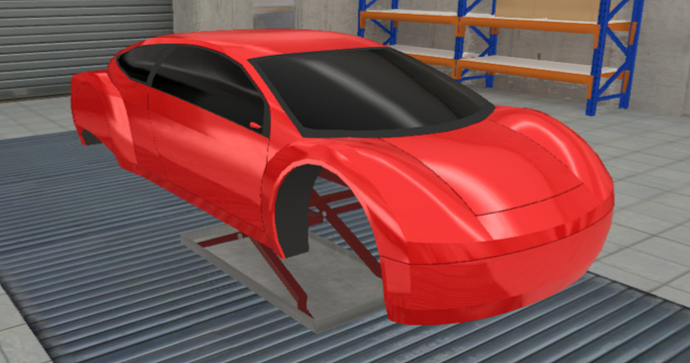 Edit: Also, so far having no problem whatsoever staying within the budget.

So, either we’re not meant to use qualitysliders that much, if at all, or i’ve messed my builds up.

it’s really up to you. What strop said before as well, there is no clear point where you can say “this power-to-weight amount means I can beat the rest of the field” because each track favours cars with different characteristics.

As for the Argus, I’ve also had no issues staying below max budget.

it already is, it’s got a way too long wheelbase.

@Leonardo9613 Well if the 1230kg car is faster, I’d recommend going with that even if it does feel a little out of spirit. Which is why…

Or are we looking to establish a touring class of tournament where all vehicles ought to have a similar, narrow range of performance?

Not quite, at least not for this first season. I’m expecting most cars to be in a power range of ~30hp, so there’ll be a mix of cars suited to different things.

As to weight, I did consider adding in a minimum weight, but it became too much of an impact on costs for aluminium cars, so I just stuck with requiring Advanced Safety. But, as before, this first season is meant to have a mix of performance.

Is fuel economy factored in at all? Is there any benefit of having an engine economy above 18%, or is it worth putting points into aerodynamics stuff for fuel eco, etc?

Apologies for missing this @DoctorNarfy if I did, but no, it’s not factored in. The 18% limit is just to ensure some control with fuel mixture richness and to limit power too. Otherwise though, fuel economy makes no difference as the races are too short to require fuel stops anyway.

@gridghost You aren’t meant to use many quality sliders on the trim and chassis, as in keeping with traditional touring car races, most of the cost goes on the engine and the tuning.

You aren’t meant to use many quality sliders on the trim and chassis, as in keeping with traditional touring car races, most of the cost goes on the engine and the tuning.

But are you allowed to if you wish to, and have the budget to spare?

Repeat question now that I know this much: for the sake of lore is it ok for a car to have alu chassis? There’s no advantage given the low power expected and the low budget too: in fact it makes it harder for me to make a car with boosted stats except for the fact that it’s light, which in turn means that it’s not at all powerful, just really economical, which is irrelevant.

I made both cars with the same power output…

Of course the lighter car would be faster in that scenario.

@strop I know that it may well be your company lore and everything, but I don’t feel like it’s too realistic to have an aluminium chassis on a car of this price.

What if you adjust the power output for the lighter car to meet the regulations? How much faster/slower is that version?

hnnnnnnng ok ok lemme see what I can do… looks like I’ll be doing slightly redacted models for various things at this rate!

I can only give that answer back in 14 hours or in 38 hours tomorrow evening, sorry.

Based on my quick tests (260-300hp) max power is not necessarily the way to go. Lighter and less powerful is right there in the times, and might end up quicker. I still had several grand left in the budget in all cases and not much into suspension tuning so mileage may vary.

I wouldn’t be surprised to have the sweet spot come out around or even below 260hp in the end.

@Leonardo9613 No worries, but if what @HowlerAutomotive says is the case with other people too, I will probably just say you’ll have to use the lighter, less powerful car.

When I was doing testing, most of the times I was getting were in the 2:14 to 2:15 range around the ATT, how does that hold up for everyone else in terms of competitiveness?

On the other end, having 230-240bhp may not be quite enough, depending on the track!

@DeusExMackia yeah my first test build which was less powerful was 2:15, with 250bhp in an FF car weighing about 1160kg.

Ok, so with a standing start lap times, I see a problem. An RWD can launch harder than FWD, bringing the total lap time down at a standing start lap time. Now if we’re multiplying this by number of laps, it would simulate (for example 17 laps) 17 starts in which an RWD would have an advantage. If that’s a 1 second advantage only at the starting line then it’s 17 seconds of time lost total. I would recommend using the track edit and working in a rolling start to get the actual hotlap time.