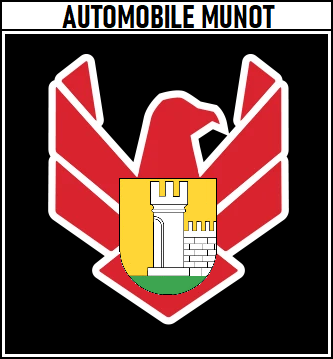 This here is the concept room for Munot, where prototypes and concept cars first see the light of day, and eventually are born into something new and beautiful, or are so bad they fade into obscurity.

While I’m mustering up the energy to create the actual company thread, I figured I’d create this place to show off some spur-of-the-moment ideas and designs, and hopefully get some feedback on them. So feedback is, of course, highly appreciated!

Currently, I’m toying around with the grill/frontal design of Munot cars in 2020, but I’m struggling with figuring out how to make my cars stand out, versus them looking like a budget BMWcedes. My idea is to have a front face design that looks sort of like this, starting in 2016:

Then, by 2020, a facelift happens for the next generation, which looks like this:

I figured by replicating twin lights setup on my older Munot ideas and setting the grill a little lower, it’d keep the character. But I don’t know if it actually looks all that good from an outsider’s point of view?

Automation is a car company tycoon game in which you design and build cars from scratch. | 3,188 members

AAAAA
The idea is there, but the execution is terrible - lines that don’t fit other lines are all over the place, sharp and round and boxy shapes put together… (I’ll draw what I mean when I get on my PC later)

And yeah, Discord is much better for you need, you can get live response as you design, not a few hours later, and from more people.

The idea is there, but the execution is terrible - lines that don’t fit other lines are all over the place, sharp and round and boxy shapes put together…

In particular, the shape of the headlight fixtures would be more appropriate for a late-90s/early-00s car, even if it’s a variant with complex multi-element lights. And I would like to take a look at the sides and rear as well.

Now some explanations. Not every line has to continue, but usually when you have another shape where it would, then that shape is somehow related to that hypothetical line. When a line starts/ends it’s quite often either in an empty space or in a spot that has a visual reason for that - another line (at a different angle) ending, continuation of a line further away, being in line with other points etc. Also not all edges have to be in line or parallel, but they should if they are close together and nearly in line or nearly parallel. And obviously there are good looking exceptions to all that, but it works in general.

While mixing different kinds of shapes can work very well, it has to be that - mixing, not putting them next to one another. Especially not in separate areas, because that makes them look like parts of different designs.

Now a disclaimer: I’m not an expert designer nor is it a professional advice, so don’t think of it as some absolute truths

Those are just things that work for me and seem universal enough. And I’ll repeat - Discord can be more helpful with that kind of stuff, but if you want something from the forums, there is a quite good guide: Tips and Tricks to Automation Car Design

Thank you for the help! I greatly appreciate it - and I’ll definitely check out the Discord!