Auxuras Motor Co - ETL Counsellor is a $65,000 new ultimate luxury ETL, only 300 units will be produced

Who’s gonna fill in for Yamahfazer?

What happened with him?

Anyway, I can criticise a bit

That’s not critique it’s self-promotion. I too could go on how the new IMP GS250 will reach 100 kph in 4.3 seconds with just 270hp, reach 270kph, that it is Made from carbon fibre and has total daily driveability due to a generous boot and very good fuel economy all while doing its part to keep the lightweight, analog sports car alive and best of all is available NOW and not in a few years…

But I don’t because I am above that kind of thing.

Whatever. This Auxuras should be faster than that, that’s my point.

Not necessarily. All that Hybrid shit adds weight, and weight is the worst thing for the initial launch.

Yeah, but I doubt that even with all this a compact sports car will weigh more than 1.5 a ton, which is only a bit more than that mentioned hatchback. And electric motors should help with acceleration.

Well my GS250 is already at 1160kg and that is a carbon bodied, Aluminium chassis, naturally aspirated (the ZXE has all that Turbo weight as well) spartan. I’d say Starfish is around the 1400 kg mark. In any case sub-5 is some what vague. He could be in the threes for all I know.

I can’t release too much info at the moment but it will use the same powertrain as the C2000R but with a little more power. (same electric motors too)

The ZXE is suppose to be the cheaper version of the up-coming RXE so as said performance wise if you want a much better one , choose the RXE

The reason we decide to make the ZXE is to “enhance” our brands.

You’ve just destroyed the “sexy” part of it. Saminda’s plans to produce a sports car to sit below the upcoming Auxuras RXE (Saminda CZ-Z in Japan) and above the Saminda C2000R is likely to see the resurrection of the CZ5 badge outside of United States.

Takuma Ono, Project leader for the upcoming Auxuras ZXE admitted that Yuko Nagoya, the president and CEO of Saminda Motor Co. has strong feelings towards the CZ5 name.

The CZ5 was built for only ten years and in just 711 units, but its impact was huge and is widely considered the most collectable Japanese car of all time.

Lead by the founder of Saminda , Kuro Saminda , his little dream was to bulit a car that stands out from everyone else , the CZ5 was a little dream from him that manages to became true. Today, the CZ5 have sold at auction for as much as US $1,000,000

The new ZXE will share its underpinnings with the upcoming Saminda C2000R. As expected it will be powered by a petrol engine along with electric motors resulting in an rear-wheel drive setup. 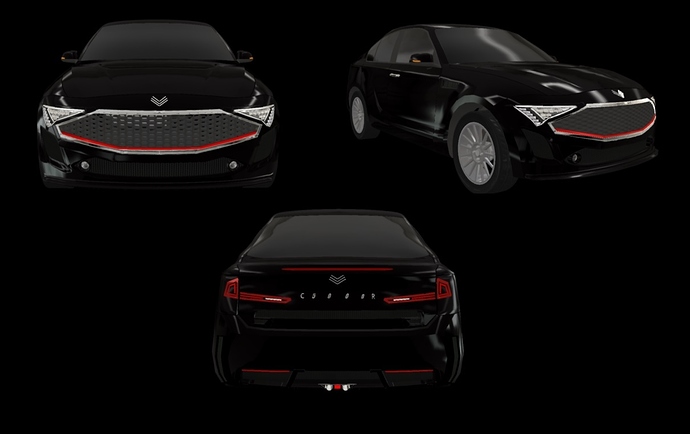 At the 2017 Detroit Motor Show, Saminda unveiled its 2019 C5000R which has stopped production since 10 years ago, will finally be available in the US for the first time.

“Teiko Sakahashi, CEO of American Saminda said that ''We’re happy to inform our US enthusiasts that the long wait for the forbidden fruit of Saminda CThousandR performance is nearly over.”

The CThousandR lineup, long regarded as one of the kingpins of the performance market, it’s unique to Saminda lineup due to it RWD platform which Saminda cars rarely have, is expected to live up to its lofty reputation.

Under the hood of the C5000R is an Swindon UK-built, 2.0-liter i-VIC ProAIR turbocharged engine mated to 2 electric motor pushing out 370 horsepower. The powerful engine is mated to a six-speed manual transmission driving the rear wheels.

Saminda version for the European market will reveal in Frankfurt Motor Show this coming year.

Now that’s interesting, because if this is an A5 sized car and it’s gonna cost “over £40k”, it could well end up being cheaper than a lot of the other midsize performance vehicles.

And we all love a bargain…

DETROIT, US - Saminda Motor Co. said that it is planning to bring the Auxuras brand into Indian market.

At the moment, Auxuras operate only in 6 countries which includes North America, Hong Kong, China, Russia, Saudi Arabia and the latest entries in South Korea on 2016.

Auxuras, the luxury division of Saminda announced yesterday that all of it models by 2020 will offer only in AWD in the hopes that it gives the brand some kind of identity.

This decision is made due to Auxuras as a luxury brand is lacking of RWD with the public often criticism for it FWD layout.

Eiji Akira, Auxuras’s managing director for Auxuras Business Plan (ABP), said “The idea here will create more interest for buyers who are looking at the luxury segment, AWD only will provide a overall better brand identity’’

by 2020 will offer only in AWD in the hopes that it gives the brand some kind of identity.

Oh boy, how the marketing and research departments have failed.

Throwing shit at a teflon wall

AWD only will provide a overall better brand identity

Acura’s identity crisis boiled over and they decided to go full Audi… or was that Subaru wait what?

The all new Auxuras ELX will ditch away the V6 for a more economical 4 cylinder turbo , new hybrid version confirmed

Saminda is one of the world largest engine maker which also contribute on making aircraft engines, it currently biggest engine is only a 3.5-liter V6 codenamed JA Series, but in the future it might be gone too as they announced few months back that they will be cutting production of the V6 engine in a favor for more turbocharged 4 cylinder.

As expected, the ELX will ditch away the V6 engine in a favor for 4 cylinder turbo, Saminda confirmed.

Saminda said that the new turbocharged 4-cylinder engine which is capable to make as much power as the V6 while giving 25% better fuel efficiency.

New Hybrid powertrain?
The new ELX will be the first-ever electrified SUV by Auxuras. Its 2.0-liter four-cylinder Atkinson petrol engine uses the same engine as the ALT, Auxuras promised it will get more then 45MPG combined.