Had a bit of fun with @Microwave today: 4/10 No reference to Father Ted or brake calipers

I’m not entirely sure which was worse here - the reference to Sex in the City, or the direct reference to a spec of convertible Peugeot 205. 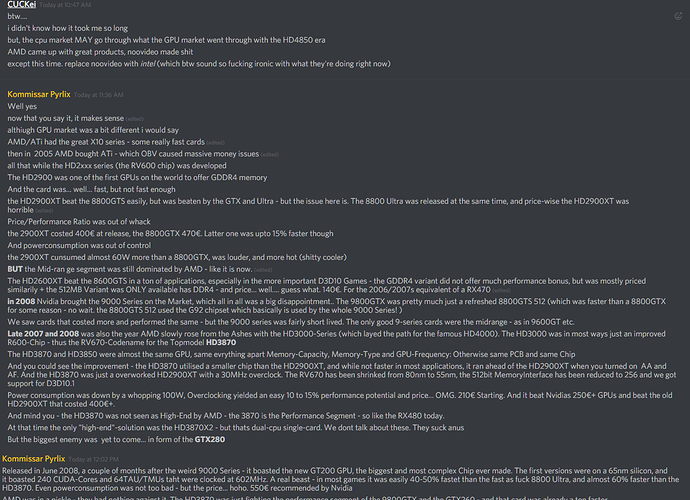 SORRY! I felt like i HAD to do it.

Jump into the #pcshittalk channel on the discord, it’s still going

Well NOW is just a rant about prices m8

@frankNStein I had several gaming machines, but none were so long living like the one i had with my HD4850 - that GPU lasted for a couple of years until i replaced it. Was a great machine.

so. this was the full text, cleaned up for roland if he ends up using it to make a video

I read all of that, impressive

That could easily be a video

And as a side note, one of my friends has done light gaming on a 5770 until late last year when he finally decided to upgrade. He had to play games in 720p but even I was impressed by the performance for a 6 year old card.