Yes, both will be 6h, just a copy paste error.

And yes, tire wear is showing the value at the end of the stint. Check out the videos to verify that if you like.

The Vudu looks pretty brisk at Brno, hope to compete for a podium here.

Clermont-Ferrand on the other hand is going to hurt

. Just not built for it. There is at least one 48km/h hairpin and a couple of 60s. Fun fact - the Vudu puts down a whopping 65kW of power in 1st gear at 48km/h because it’s only designed to accelerate from there ~once per hour when it comes out of the pits.

But then I’d much rather have one more bonus race to watch and see the Vudu suck in it than not see the race at all. Also, it might be good for the drivers to see a bunch of taillights now and then. Make them hungry for next time.

Rather late to the party but I wanted to share my thoughts and thank Der_Bayer for organizing this challenge and all of the participants.This was serious fun!
I know this is a for fun challenge but I was kicking myself for not putting a differential on the homologation car
and after the race I tweaked with the camber and aero sliders and managed to find over 3s on a Nürb lap with a bit of extra drivability.

Even during the race I couldn’t help but feel a bit anxious about a possible failure striking my car even though it was going faster than Killrob. And in the end I finished 14th overall. I was not expecting such a high result! I think I was quite lucky when it comes to reliability : aside from the handful of accidents, there were two punctures not too far from the pit-lane and a power loss near the end of the race. Meanwhile Killrob had an engine failure rather early on and Der_Bayer who stayed close to my car for a good portion of the race had an electric failure. It was fun while it lasted but I guess I should count my blessings

Speaking of car issues I have a few questions @Der_Bayer : Sometimes cars would get issues like power loss, cylinder loss and gear loss/stuck. Do these issues last a set amount of times or until the next pit? Also I noticed when accidents occurred, around 75% of that damage got repaired in the pit-stop. But it looked like if a car accumulated above 50% of irreparable damage, it would pit every lap i assume to try to fix it. It seems like this is what happened at some point to Mikonp7 and Mattmr2. I don’t think this will play out often but I thought it might be worth a look.

And now we’re getting spoiled with 2 bonus races. Can’t wait to see how things will go there and thanks again!

I watched the race for the first few hours and less than 30 laps in, killrob broke his crankshaft. I assumed from our prep talks earlier that cars would just be broken/wrecked permanently - so too bad killrob is out. I tune in a few hours later and he is back on the track making up time. At that point I noticed that my car was in a severe accident, but while in the pitts the numbers were coming down from the damage. Meanwhile my sub 1L entry could probably fit in a dumpster, and my concern was getting creamed by much faster cars, which seemed to happen a lot. When I was watching, I can’t remember any of the other exact mechanical failures I saw but typical race ending mechanical failures that were not race ending with cars in the pits, I could not help but visualize the Santa Elves all being off-season and needing extra pocket money, joined the BRC. They use their wooden hammers to pound on the car for a matter of time, and the internals fix and the body straightens. I do hope in the future, though, that things like you mention become more realistic in damage and repair. Maybe that will become its own RNG about how bad the damage turns out to be. Maybe a melted spark plug wire is something immediately noticed (it would be smoking) and replaced in two minutes where a broken valve spring takes an hour, etc. That can become its own story on the side panel.

I have noticed that on Masaryk, a couple of us are drifting into the pits with exactly 0 fuel in the tank. Does this literally mean we are rolling in just after being empty, or do we actually have fuel in the tank but it’s too small to measure? 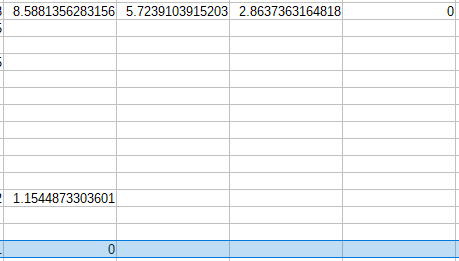 That means you are rolling over the line with totally 0 fuel in the tank. The driver in the race would usually be too scared to try that and would pit 1 lap earlier.

The first bonus race on Masaryk Ring will be broadcasted as live event on Sunday, November 15, 2 p.m. CET. I didn’t pay attention to how fast the race runs, so please don’t wait until the 6 hour mark for the race finish. Tune in after around 5 hours to see the finish.

I bet this will be way more interesting than sundays F1. Cant wait!

Someone have had played too many times Jagged Alliance 2

Here are the fixed results of the first bonus race:

The second and last bonus race will be next weekend! Cheers!

Well, it was looking like gold or silver with 30m to go, but it was my turn to face the music. Could have gone much worse than a puncture. Honestly, I’m happy with the bronze

It was a very interesting race all in all. Congratulations to all winners!

In retrospect I do feel like the Vudu would have been faster on 2 stint tires, looking at the lap times. Too late to worry about it, just something to keep in mind. (Edit: I missed the beginning of the race, just saw the big bang watching it back. Considering it was a recovery drive, maybe three stints was the right choice after all.)

I guess I’ll aim for a top ten in the final race, just to have something to aim for.

Honestly wasn’t expecting a podium on this one considering the pace my car showed in Masaryk practice was slightly off the front runners, so I’m really happy to take a 2nd. Just happened that luck was on my side this time as it could have easily also have been a 4th if the other drivers were less unlucky with punctures. Excited for the final race, the Dragoon definitely has good pace there.

I forgot to send in a proper optimized strategy, and was pleasantly surprised at a top 10.

After various issues at the Nordschleife 24h race, the #42 Gasoil™ Coromell takes class victory at Brno!

All it took was some quick laps in the rain, and a puncture happening just a few meters from the pitlane

Looking forward to Clermont-Ferrand, although the track seems to suit Pyrlix’ car a little better

The second and last bonus race will happen on Sunday, 2 p.m. CET. If you want to get a notification, please click the button on YouTube:

Here’s already a video about the major new feature I am introducing next round: