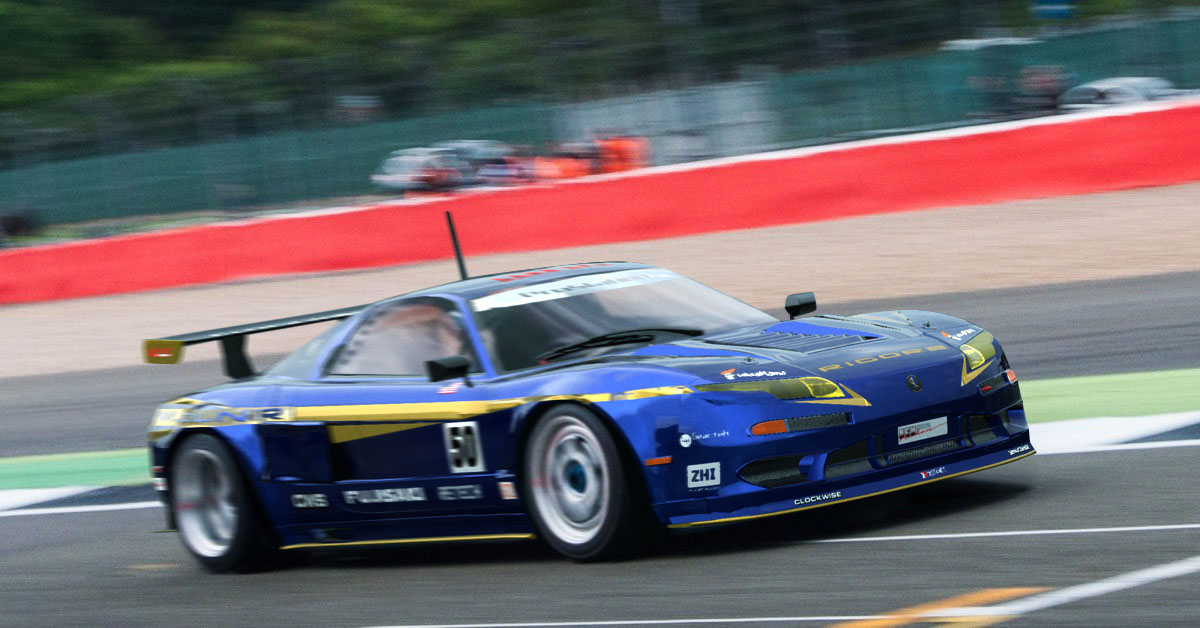 After a 10-year hiatus, the Rigore Mjölnir had made it’s return on the streets packed with the latest tech - despite this, it shared many similarities from the previous 3rd-generation model introduced in 1982. Twin-turbochargers, mid-engine layout, and a boxer 6 derived primarily from Rigore’s more accessible passenger vehicles helped tie the connection with the last gen model. However, to boost the all-new Mjölnir into the 21st century, the car included over 400 horsepower, 6-speed manual, and an advanced all-wheel drive system. 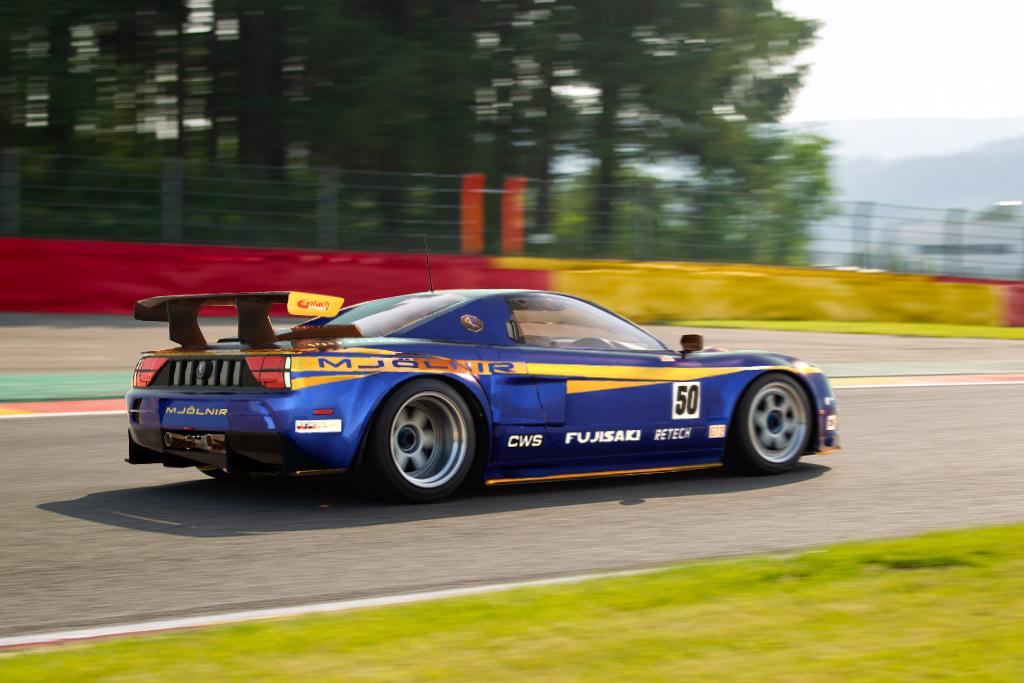 In order for Rigore to showcase the new chassis and sleek design, they entered the Global GT series in the GT2 class for the first time. This version of the Mjölnir, however, was quite different from the production version. The advanced AWD system was ditched for a lighter and simpler RWD platform, and the boxer-6 was reworked from the ground up with a larger bore, increasing displacement from 3.2 liters to 3.8. The rear fenders were widened slightly to fit larger tires, and the aluminum bodywork was swapped out for a visually identical but much lighter fiberglass shell. The strategy was simple - high power at the expense of some weight. Around 650 hp meant that the car weighed in at a fairly porky 1300 kgs, but the raw force and shove propelled the Mjölnir towards the top few during track testing. 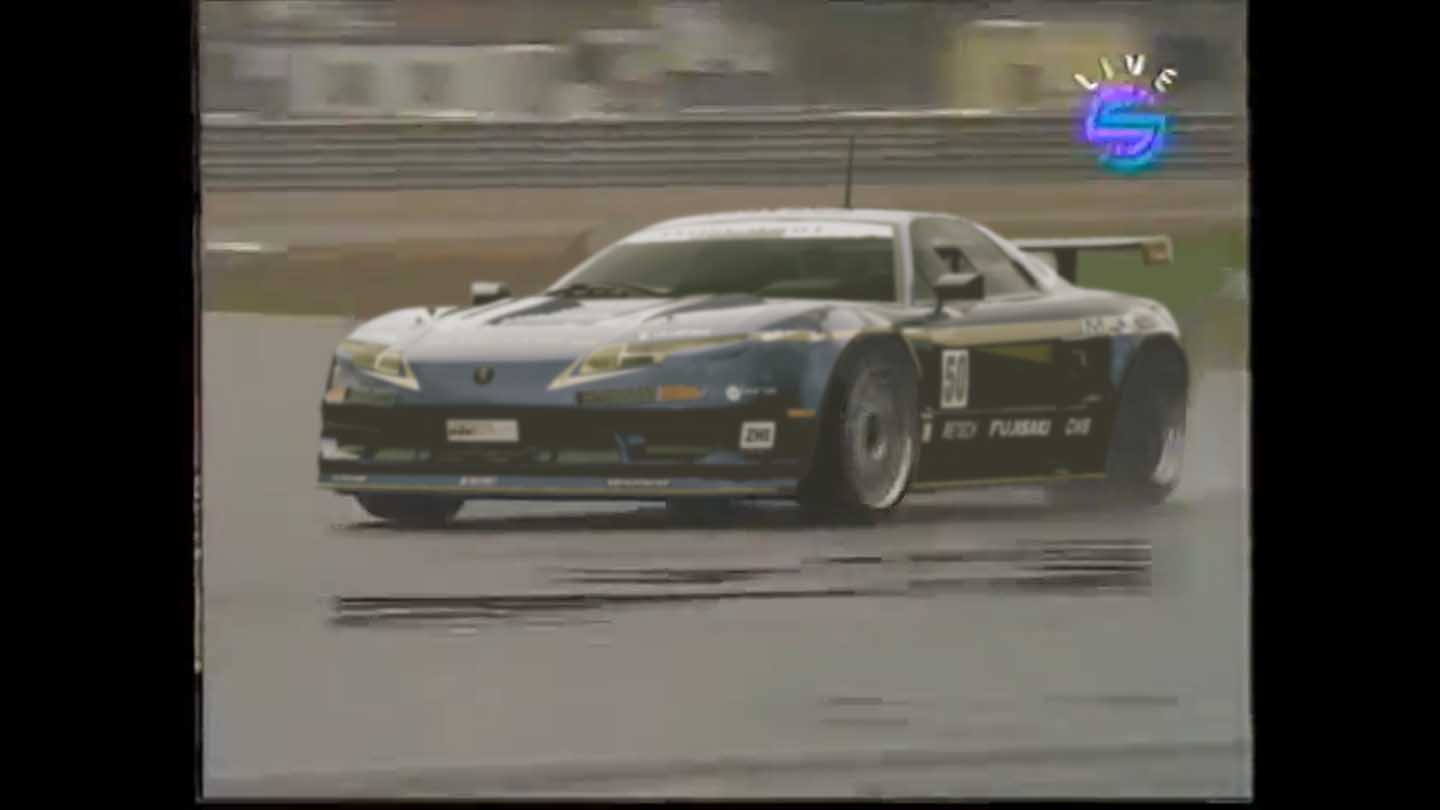 Rigore’s knack for choosing hotshot racing drivers continued for the Global GT series. At only 21 years old, Jackson Torrid was already a rising force, having won multiple karting cups and Pro-Am racing series in the US. Rigore recruited him to pilot the number 50 Mjölnir in hopes of getting some young blood exposed to high-level professional racing.

Can I ask about why there’s a loudness limit?
I don’t really wanna shove a muffler in my racing engine but I’m gonna have to at this rate, I’ll change some things up so it doesn’t come to that but I’m just curious as to why theres a limit.

Use a Cat it’s a little more et and pu but it takes off way less loudness and power.

The loudness limit I’m pretty sure is there because of the trackside, residental areas and whatnot, a straight piped engine can be heard for miles which of course is alot of noise pollution

it’s not usually that they’re built too close, it’s just a noise over 100db can travel quite far

I simply cant match times some of you guys are producing (regarding unofficial googlesheet), it looks like absent time shows (who would have thought). Let alone your designs…

Is it okay to turn in an entry with a very draft shell for pre-season testing? (Only aero fixtures)

Twin Turbo 3.4L Boxer 6 for the GT2 Class
I call it the 031
The lore is that someone stole the blueprints of the 911 GT1 engine, and put it in something that looks like a burnout version of a Honda NSX

Also this is the first time putting so much effort in to the exterior of the car. It took time but now it looks semi decent.

The eXperimental Race Vehicle 6 cylinder GT500 to GT1 Long Tail has a history as complex as it’s name. Somewhere in 1992 the XV-6, the road-going variant of the racing vehicle, was shown of at the Hetvesian Auto Salon. Later that year the XRV-4 GT500 was revealed, which was entered in the HGTC season of 1993.
Everything seemed to be going well in 1993 and it picked up a 5th place in the championship. However from 1994 onward it started dropping places quickly and the manufacturer was losing money fast.
In late 1994 the heads of the manufacturer started looking towards the GT1 and GT2 classes of the BRC, and it was decided to convert the XRV-4 GT500 into a GT1 car using a tuned-up XV-6 engine, along side many other changes to the GT500 car.
This car is the last hope for survival of the Haniyasushin Company: if the car fails, the company will go bankrupt.

The West-Hetvesian driver, Aya Akiyama, was the GT500 driver that drove for the team since 1993 and picked up the 5th place in said season. Her driving style can be described as agressive yet consistent.

Message from the Haniyasushin Company

We from the Haniyasushin Company are proud to present our BRC GT1 entry. The car in question is a modified version of last years GT500 entry. It’s existence was made possible due to a joint-venture of our sponsors and our racing division. Despite the lacking performances from last years car, our sponsors and us are confident that this new and improved version can punch it’s way to the top.

We wish our team and our opponents a fair season and the best of luck.

Sure, you can work on the visuals after the pre-season test.

Is there anything that can’t be changed after the pre-season test?

No, you can as far as updating your submission with a completely new car from a different manufacturer with a different driver.

Scene: A warehouse, somewhere outside Terberg.

The warehouse looks like a poorly-conceived rave. The music pounds and the alcohol is flowing - but only half the people attending have chosen to partake in the festivities. Of course, everything is going to plan - this warehouse isn’t just a party; it is also a media event.

After collaborating with another organisation to release the Yokai, Ares turned its gaze to the newly-opened Global GT Series. Somewhat unfortunately for the manufacturer, their brand new Yokai platform was found to be illegal on technicality. Reports citing anonymous sources claimed that the car’s chassis, aerodynamic geometry and silhouette were all to blame. With the upcoming season fast approaching, the team reportedly contracted the Hudson Motor Car Company to perform certain work on their entry. This generated some controversy, given Hudson’s existing entry; an Ares spokesperson issued a statement that Hudson’s work was purely visual, and all aspects impacting the car’s performance had been handled completely in house.

Tonight, of course, was not a day for controversy - today is a day for information. It is the first unveiling of “Project Artemis Mk 1”. The car is reportedly set to enter GT2, with Ares lacking the resources to mount a full GT1 campaign. The curtain is drawn, and… People are shocked. Stunned even. The livery is…

Well, the livery is harsh on the eyes, to say the least, and the lighting makes it even harder to see everything. An executive grabs the microphone, to clear stuff up.

“Ladies and gentlemen, I know what you must be thinking. Who would drive a car looking like this? Well, we don’t want to give everything away yet. We have worked with some of the finest artists available to create a ‘testing-only’ livery. This livery has been designed to make it harder for other teams to copy our design, like the camoflage used on ships! Space-age stuff, people, trust me.”

The event continues on. Some journalists are skeptical of the livery. Others comment that it hardly looks like a grand-tourer, and seems to be designed as a race car much more than as a road car. In an unexpected twist, however, Ares announces, however, that the car will be road-legal, and that they expect to sell it to consumers. The base model will be sold at an eye-watering 60 thousand dollars per car, with “option packages” reportedly doubling the price. Their target market is rather clear, just based upon the price. When asked how closely the road version would match their track version, they stated that some features have been added and subtracted to ensure a comfortable and suitable driving experience, and that some features on the road model are not legal in competition.

Finally, the team revealed its driver and number for the season. Donald O. Mapstora, from Colombia, would be driving the car. He had gained quite a controversial reputation - he was an extremely fast but inconsistent driver, and rumours swirled around the paddock that he was connected to drug money. Ares was quick to squash those rumours, of course, focussing solely on his pace and talent.

(As an aside - the testing livery is only for testing, and a proper one will be displayed at a later date. Donald O. Mapstora is an anagram for another famously inconsistent driver, from a real series. The Yokai was unusable - despite how much I loved it, the body was too old to enter. The car’s aesthetics have been designed by @hudso but all engineering and aerodynamic tuning is all my own work.)

If you want to have testing results and an option to adapt your car afterwards, get your car in before Tuesday 5th, 6 a.m. CEST. All cars received after this deadline will directly be considered as final entries and not part of the pre-season testing (even if I need some time to generate the testing results because of many last-minute entries).

The final deadline for the race cars (currently on January 13th) may be postponed to exactly 1 week after the release of the pre-season test results, in case I need a few days to process all cars.

So we just send you a car export and the team registration bit? (:

The answer is in the post above… For the pre-seaon tests, that’s it. There is a step-by-step instruction in the first post.

The 1996 Bahama NSR. Forged on the Automation Test Track, this car will now have the chance to prove its mettle on the circuits of GT2. With revolutionary carbon body panels and a mid-engine twin turbo, six-carburetor V12, this racing variant of the Bahama NS1 is holding nothing back.

Bahama. Born for the streets, raised on the tracks.