It’s the year 1980 and the Pittsburgh Steelers win their fourth NFL title, the Rubik’s Cube makes its international debut, Ronald Regan is elected, and the Cheval Buccaneer makes its debut (well sort of). You see, the Buccaneer actually made its debut in mid-1979 as a 1980 model, making the 1980 model year an extended one. In that extended period of time, Cheval managed to move an impressive 763,398 units. However, the story does not end there, the Buccaneer was so popular that supply struggled to keep up with demand; some customers had to wait as long as four months before they received their Buccaneers. However, like all cars, the Buccaneer had its flaws…huge flaws. By the Buccaneer’s fourth model year, Cheval only managed to sell 78,934 units and by 1985, only 63,907 units. So, what happened? Well let’s go back in time. 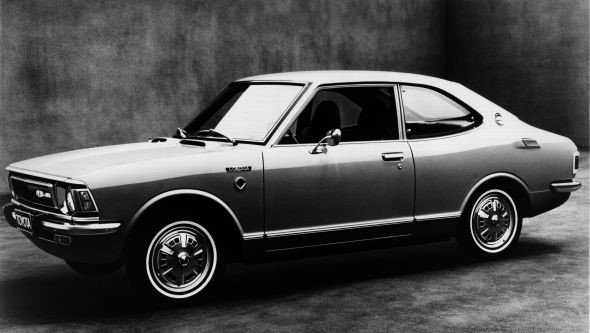 It is 1971, Toyota has its E20 Corolla, Datsun has its 510, and then there was an assortment of other European subcompacts. After observing the playing field, Cheval releases the Vegamont to much CM fanfare. However, despite winning the Trending Auto’s Car of the Year, the Vegamont struggled with poor fuel economy (relative to its competition), suspension issues, and poor corrosion resistance. Despite all of those issues, the Vegamont was actually a good car (relative to most of its American competition), unlike the Buccaneer that would follow it.

For 1980, CM had the venerable Honda Accord in its sights, as well as the goal of capturing the American FWD compact car market. The Buccaneer and its XA-Body sisters from Imponte and Venturi were the closing act of CM’s ambitious plan to downsize all of its compact, midsize, and full-size car lines. As a matter of fact, the 1980 Buccaneer and its sister models ended up being one of the largest corporate investments ever up to that point. Some would say that CM’s greatest act of hubris lied in the fact that they thought that they could execute such a massive undertaking, given its history. The fact that the Buccaneer would be CM’s first-ever front-wheel-drive mass-market car didn’t help. The billions of dollars CM committed to its downsizing program was beginning to take its toll, and the Buccaneer was falling behind schedule. Being typical CM, they were unaccustomed to such complex demands.

Photo182.jpg1920x1080 751 KB
1981 Buccaneer Sport Hatchback
On paper, the Buccaneer looked good, or to the automotive writers who were swooned by the Buccaneer’s “good traits” and wrote eager reports on the Buccaneer’s “Mercedes-like” handing. As expected, it won Trending Auto’s Car of the Year, which is usually a presage of the disastrous events that were soon to come.

The Buccaneer’s overall body package was very modern for the time, with a very spacious interior, a workable hatchback body (a coupe was also available but it was never a great seller), relative lightweight (roughly 2400 lbs), and it debuted a new transverse engine setup. Again, it looked great on paper.

Inexcusably, CM’s greatest corporate investment didn’t include a new four-cylinder engine. The loud, rough-running “Iron Hammer” 2.5 L OHV I4 was modified for its new east-west orientation and squeezed out 93 hp from its crankshaft. This act alone was a massive mistake; a “proper” modern and smooth new four would have gone a long way to subdue the other discomforts of the Buccaneer experience. In comparison, the Accord’s E engine was like an electric motor; so much for taking the imports head-on.

Truthfully, CM was more ambitious with the optional 2.8 L OHV 60-degree V6. This engine made its debut in the Buccaneer and produced a scant 107 hp. In 1981, the sporty X-22 Buccaneer was given a “High Output” version that produced a mere 114 hp. Since quietness was high on CM’s list of criteria for their cars and because neither of the Buccaneer’s engines known for being smooth-running or quiet, drastic measures were taken to separate them from the cabin. The front subframe that contained the drivetrain and front suspension was attached to the body with foam (that’s right, foam) and soft rubber mounts; This setup created a very “tractor-trailer” like ride. 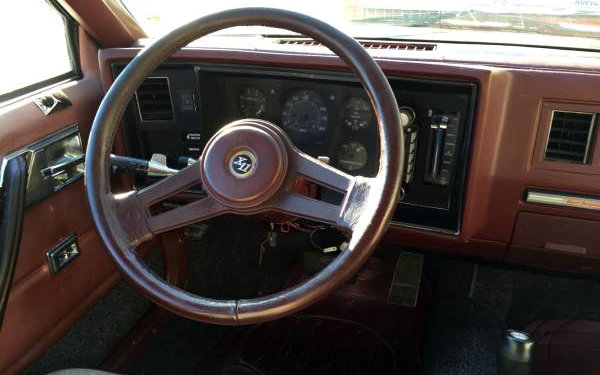 Now let’s cut into the cake. Over the course of the Buccaneer’s 5-year career, there was an almost endless rash of recalls. Bad brake lines, transmission fires, ride quality issues and one of the most complicated and expensive fuel delivery systems CM has ever designed (keep in mind this system involved the use of a carburetor instead of fuel injection); one of these systems would cost almost $2,000 in today’s money. 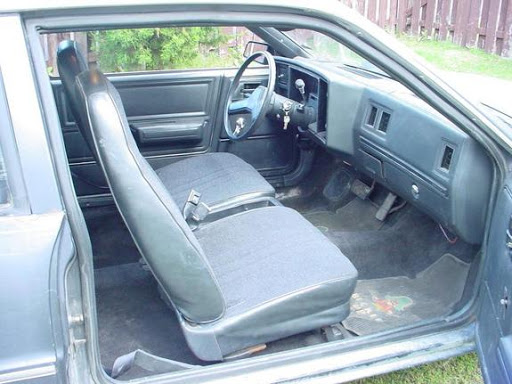 Buccaneer interiors can best be described as “hollow” and cheap. Various pieces of trim were prone to cracking and disintegrating when exposed to a generous amount of heat. From day one, overall build quality varied, somewhere between disappointing and passable. All it took was one model year to realize that the Buccaneer was a lemon. In a truly desperate move, CM scraped some pennies together to add an “MK II” suffix to the Buccaneer in 1984, but the damage had already been done.

The Buccaneer is the closest thing we’ve had to a replica of the infamous Chevy Citation and its platform-mates, right down to its fastback rear and woeful reliability. At least the Futura redeemed the Buccaneer platform - with better build quality, thereby fulfilling its predecessor’s promise.

For almost a decade, the Imponte Motor Division of Capital Motors had to do a job. Its job was to hark back to the division’s celebrated bygone days as the company’s standard provider of high-performance vehicles by bringing to market a sports sedan that would make the enthusiasts faint. Well…that didn’t happen. Let’s try to understand what went down.

In 1973 Imponte made a similar move with the Imperator personal luxury coupe. As expected, many people (the motoring press) went crazy about the Imperator in the fall of 1972. For starters, it was not a “dumb” muscle car that made up for its lack of proper road manners with an excessive amount of power, rather, it was a well-balanced road car that pointed us towards a market where handling and driveability were the reasons for its existence. Unfortunately for Imponte, there was a car that went by the name BMW 2002 that did all of what the Imperator was supposed to do, only withholding all of the unneeded weight of the bulky CM Y body platform.

In the following decade, Imponte would try again. The time period? The 1980s. The car in question? The 3000 ZTE.

The 1982 Imponte 3000 was one of three variations of CM’s AA-body platform. Imponte had spent the past four years attempting to sell a Celmans that had difficulty getting traction in the mid-size car market, despite being downsized. By 1982, Imponte needed a replacement for the now-dated and uncompetitive Celmans; luckily, CM had tools to make this possible.

The 1982 AA-body cars were basically stretched XA-body cars (see post above). The new models shared crucial measurements like the front (66.7 inches) and (65 inches) and various other stats with their smaller predecessors. The new AAs even shared the 103.9-inch wheelbase of the XAs’ 5-door fastback sedan body. The principal difference was a roughly eleven-inch increase in overall length, supposedly split overhangs up front and outback.

When the 3000 was first introduced in 1982, it was not that much different from its counterparts named Futura and Faction, but in 1984, Imponte attempted to make more entertaining.

In addition to offering a base model and a slightly upscale model (3000 LE), Imponte went all out and introduced the car that it hoped would appeal to the European sport sedan crowd - the 3000 ZTE.

“ZTE” stood for Zenith Touring Edition. With this car, Imponte declined to follow the then-typical CM approach which took a rudimentary car and added some touches for a sporty appearance. The ZTE was a high-priced upgrade which made for an extremely well-optioned car. Imponte threw everything into the ZTE from air conditioning and leather seats to electronic ride control. Mechanically the car received a fuel-injected “High Output” 123 hp version of the 2.8 L Cheval V6, which was exclusively paired to a 3 speed automatic. In the 3000’s introductory brochure Imponte claims that the ZTE was “Possibly the most thrilling high-performance to hit America’s roads in a long time!”

123 horsepower was not too bad in 1983. For example, it outpowered the standard base engine in the Mercury Cougar (123 vs. 120), even though the Cougar’s 3.8 V6 had a full liter in displacement advantage. On the other hand, the BMW 318i was down a significant 20 horses against the ZTE with an engine smaller by one liter. Now let’s talk about price; the base price of the ZTE was about $8,842 (in 1983 money), which is pretty reasonable for a sedan of this caliber. 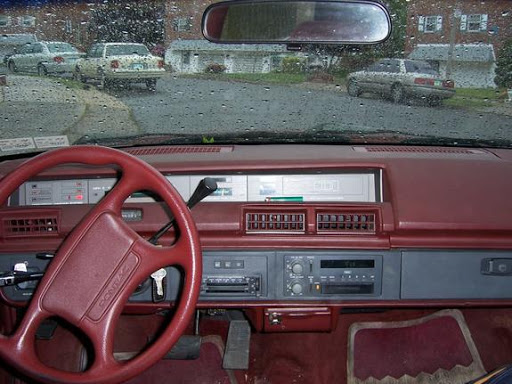 Despite being well-equipped, these ZTE’s were not all-out performers like the BMW M3 or even the Ford LTD LX. The ZTE didn’t even get a manual transmission until its fifth model year, something that most of its competitors already offered as options. On top of this, the 3000 ZTE was already falling behind in terms of equipment by 1988 and at that point, most of its competitors were already several steps ahead.

All in all, the car was not really a flop, but it wasn’t a hit either. When it was new, the 3000 ZTE generated a lot of attention but failed to turn that attention into decent sales figures. Is it because the car was not powerful enough? Or is it because it lacked a stick shift? Who knows.

This is definitely! The car did not have enough power! You just have a road car, you just need to remember KIA Ceed, who did not even think about the title of GT. Grand Touring in our time means not just a road car like this ZTE, but the application of standards. For example, a motor under 400 horsepower and a decent weight of more than 1,100 kilograms (2,425 lbs), so as not to be blown away by the wind and trucks. You yourself must find these standards and apply them, and not show the bare designations of the Grand Touring! Nobody even told you this, except me.