The Zihatzu Apollo MEZ was a strange vehicle to begin with. A boxy family minivan from Japan, with a wraparound rear window and the aerodynamics of a double-wide in a tornado. For the 1992 model year, the refreshed Apollo was launched. Sales of the Apollo were slow and market research found that many buyers decided against a minivan as they were seen as slow and boring. Zihatzu decided to create a sporty van using their existing MEZ performance line, used on their saloons and hatchbacks. All came with a 170hp V6, through the rear wheels. This was more than enough power to move Zihatzu’s lineup of smaller cars, but not particularly fast for the heavy Apollo. Too remedy this, all Apollos of any trim had aluminum doors, hoods and trunks, to minimize weight and help fuel economy.

This particular MEZ was optioned with the somewhat rare 5-speed manual, standard on cheaper models but a dealer option on the MEZ. This car also has dual captain’s chairs in the second row, over the usual 3 fixed seats. The MEZ line also carries over the leather seats, A/C, dual sunroof and premium sound system.

The most powerful and technologically advanced full-size sedan in its class*.

*According to our internal research 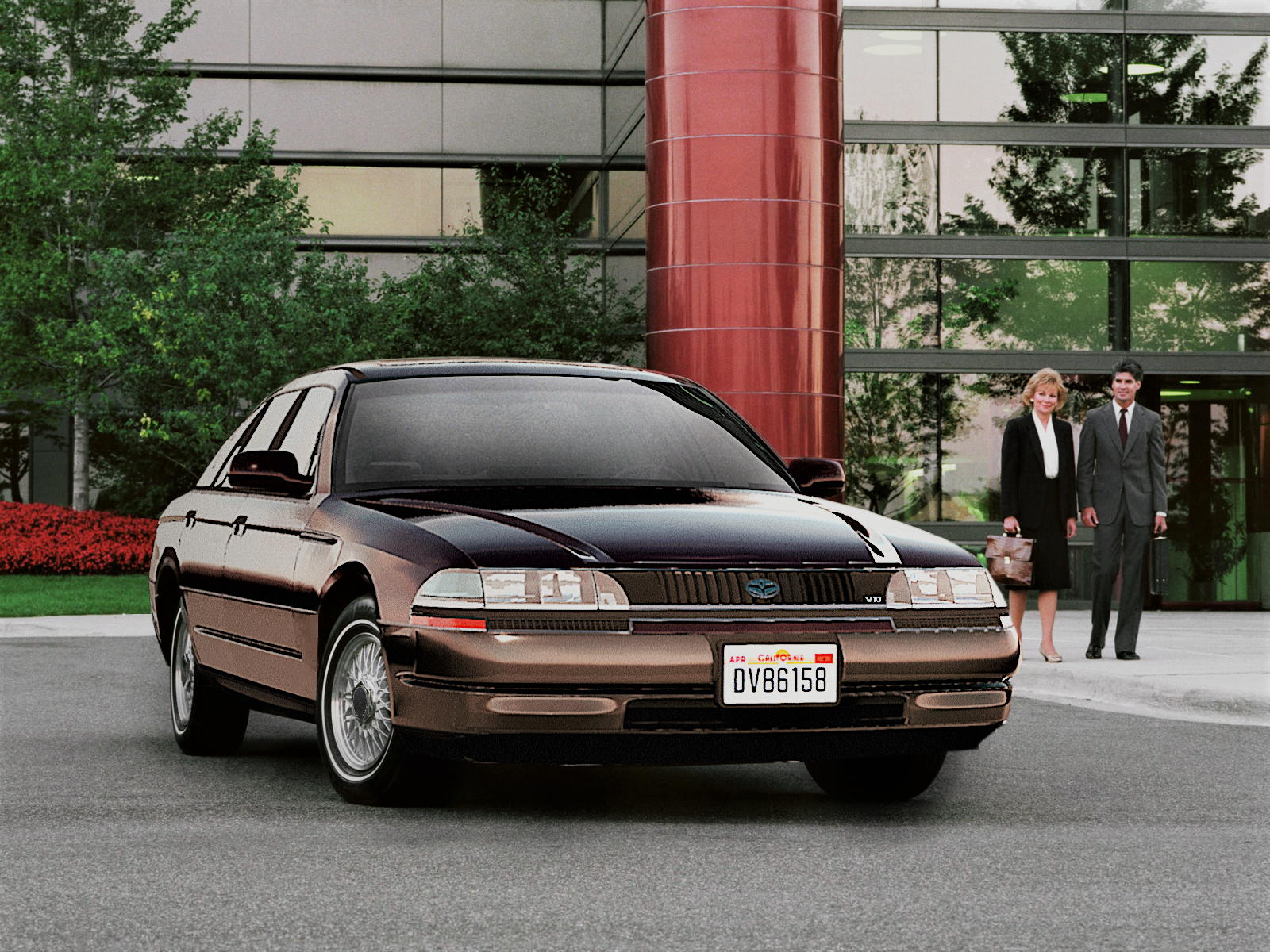 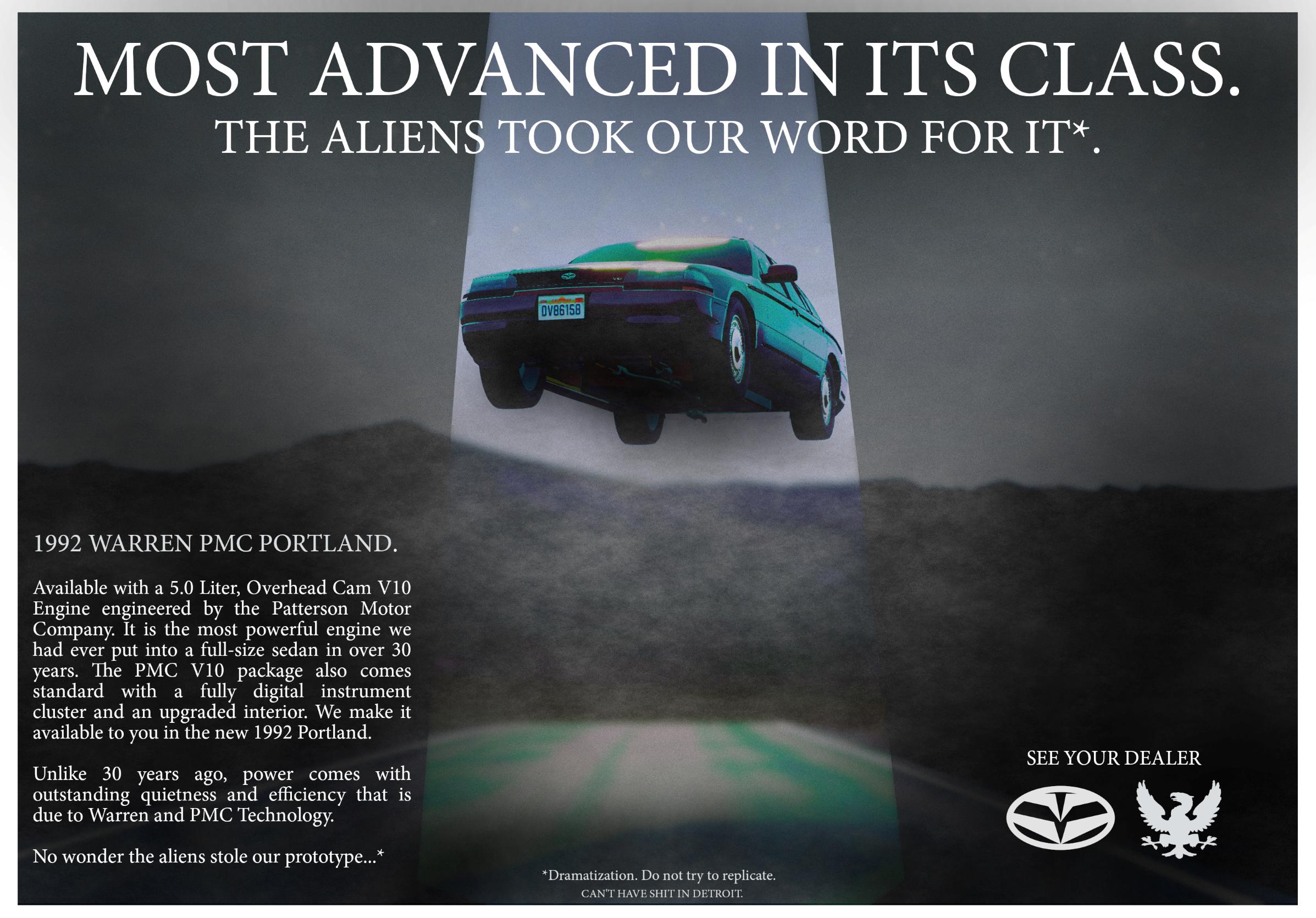 Can’t have shit in Detroit 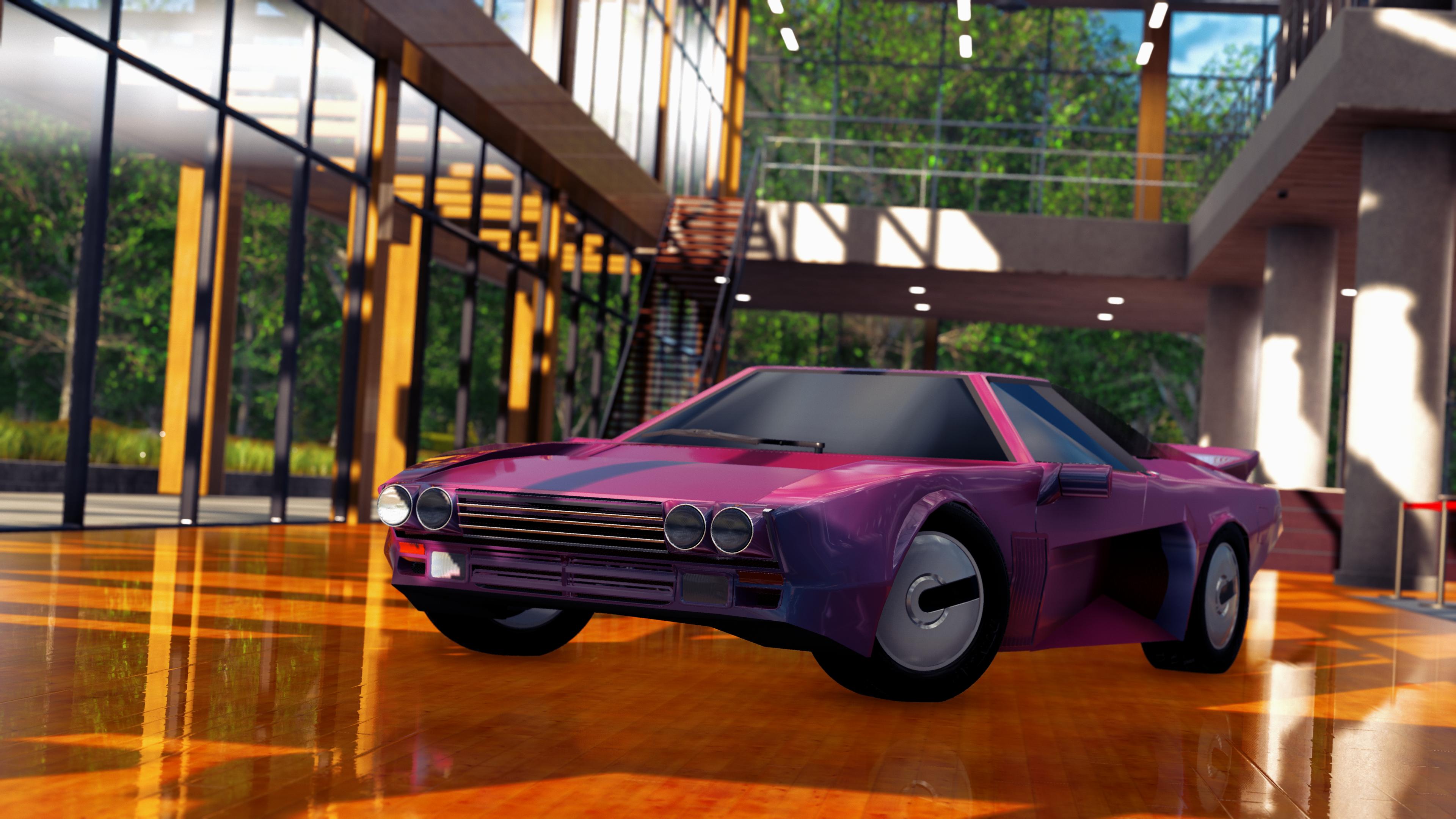 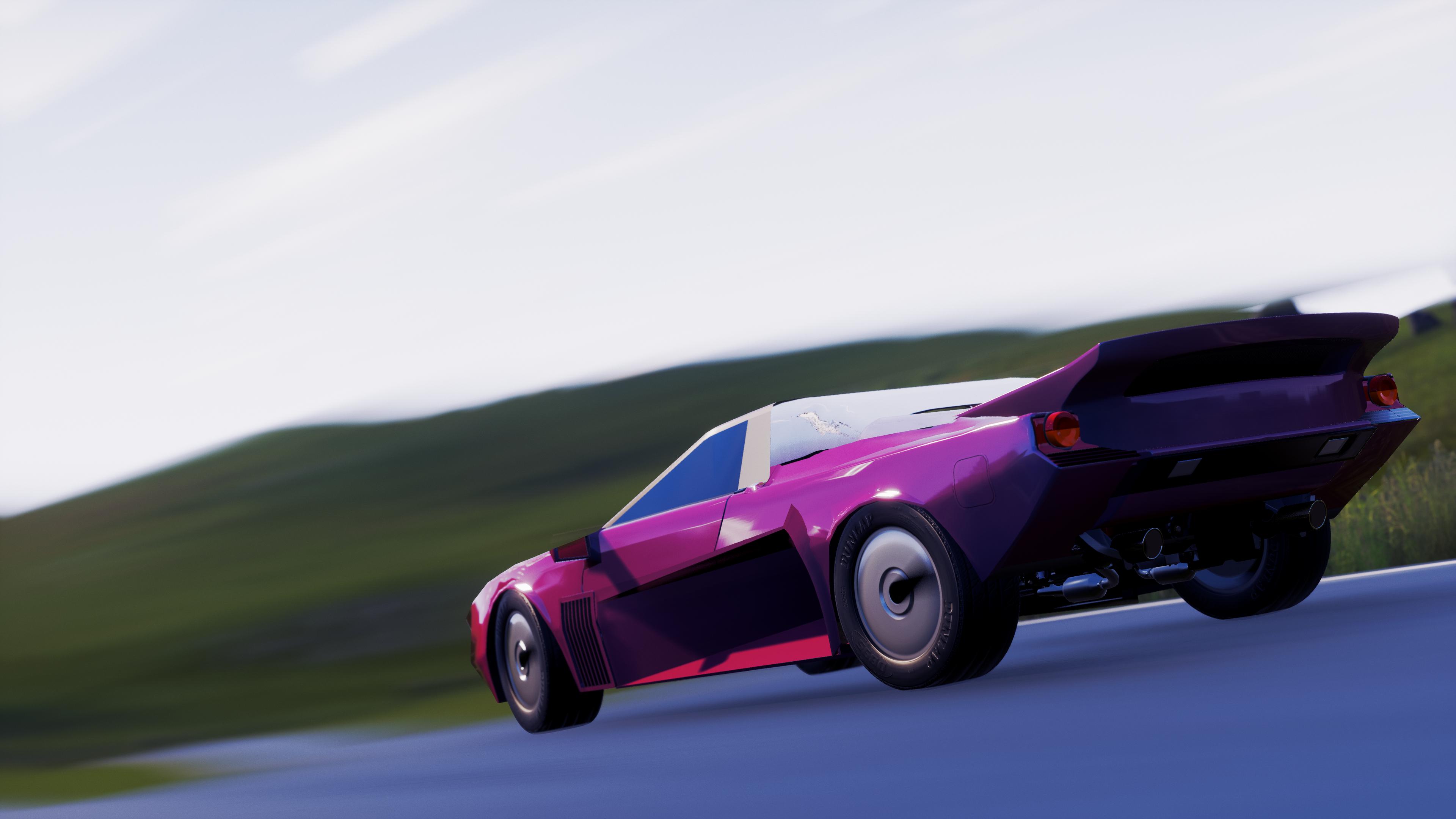 Why does this exist?

Honestly, we're not quite sure ourselves, though our best guess is "it involved a lot of sake." This is based on a variant of the standard Hikari sold on the South African market as a bakkie - a FWD coupe utility made on a compact car chassis. Then someone at the performance division decided to put their high-power AWD AXRS2 package onto the vehicle, and then someone else at product planning decided to sell the resulting abomination vehicle in the United States, incurring a 25% import tax.

So it at least has some performance to back up the bizarre looks?

The 2.0L inline-five is good for 370 horsepower and 283 lb-ft of torque with the AXRS2 turbo, and its five-speed manual and AWD system is good for 0-62 MPH in 4.8 seconds and a top speed of 155 MPH. Braking and cornering are also comparatively good, and compared to other "rally cars for the road" its payload and towing capacity are in a class of their own... though that probably shouldn't be a surprise, all things considered.

How well did it sell?

Not well at all. Most Americans barely knew what to make of it, and that was before they had to pay a 25% premium over the equivalent sedan/wagon versions. Officially, Satsunai estimates that less than 500 of these were sold in 1999, the only model year it was offered.

...where are the taillights?

They exist! They’re a bit shy though.

So how do you retire a van that has been the back bone of your country for the past decade?

Well if you are HAIJU you go all out to celebrate the best model in the company’s history with a bang. Haiju took a humble K3 and almost scrapped it completely. The economical and bullet proof straight 1.5 straight was replaced by a four liter twin turbo V8 that outputs around 340 horsepower and 540 newton meters of torque, this small change now propels the van to 60 in 5.3 seconds and tops out at 260 kph.

The use of double wishbones make the K3T handle a lot better and makes it a lot more comfortable than the regular K3, however its still a van so that does not mean a lot. It’s just like a deep cut is more conformable than the bubonic plague.

The interior was completely redone having now six captains chairs, full leather, fake wood and a premium cassette player. And because we are talking luxury, a sunroof would not be enough so the K3 also sports four safari windows.

What makes this van truly special is its rarity, Haiju only made 100 of them and most of them have ended up in hedges or ditches all over the place. Although there isn’t an official number of those remaining, the general consensus is that at least half of them are gone.

A modern revival of the Shelby Cobra concept. A lighweight,V8 engined coupe that it´s also comfortable enough to ride it for 2 hours drive it on a daily basis.

The car became an icon until a few cars crashed after it´s release. Apparently, the parking brake would engage after hitting a bump due to a design flaw and apparently that wasn´t the best thing to happen on a mountain road.

All the cars were recalled and the problem was fixed, but people got too afraid to buy them, and so 3 years later production was stopped and never resumed.

Forea-Protostar-3-ad.jpg1084x828 411 KB
.
Minivan market in North America was booming in late 80s. Forea wanted a place in this fast growing market. All major competitors already had their offerings in this segment, so Forea needed something that will stand out. Protostar was launched in 1989 specifically for North American market . Its aerodynamic shape combined with advanced suspension and engines made it a strong competitor in the segment, however Forea was late to the party. It needed to persuade customers to buy it.
.

Photo95.jpg1920x1080 648 KB
.
Few months after the launch Forea embarked on a “Tour of the America”. 5 Protostars were chosen for the trip along with a team of the slickest salespeople. All Protostars were in a different trim so they could appeal to a wider audience. In a span of a few months Protostars visited most of the biggest cities in North America.
.

Photo94.jpg1920x1080 750 KB
.
By the time the tour was over orders started to go up. Tour showed customers that Protostar was reliable, comfortable, spacious… couple that with car-like driving dynamics, responsive and fuel efficient engines, Forea had a perfect activity vehicle. Ultimately Protostar was in production until 1996 when it was replaced by the second gen which was very successful.
.

Photo92.jpg1920x1080 690 KB
.
Protostar would not be so successful if not for the cunning planning and ideas from the marketing department.
.

All models are equipped with corner lights. There is also a feature which allows headlights to stay on up to a minute after the car was turned off. Rear sliding doors have a mechanism that locks them in place when opened. Protostar allows you to open rear glass for easier grocery loading. 3.2 V6 models have leather seats and premium sound system with digital instruments. Variable hydraulic steering is an optional extra which offers 2 types of steering feel. Second row has captains chairs that can rotate 270 degrees. Airplane style reading lights and air vent in 2nd and 3rd row are standard across the range.

A joint project between Novak and Grifone, resulting in a wild hatchback that to this day, remains an icon of the 90's.

Ooooh, twinturbo V6 in a hatchback, that is something wild. Especially back in the 90s. Great looks too.

A little under 8 hours left until the submission deadline

Please let me know if I missed anybody.

When I thought Alfa and VW was already crazy with their 3.2 V6/VR6s in a compact hatch, here comes this… 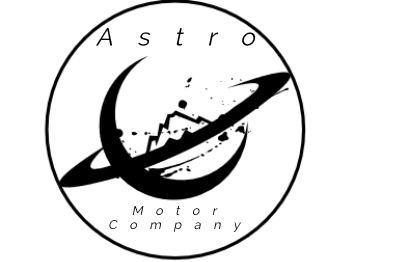 A peppy little SUV sounds fun right? How about one with AWD? A V6? This is the perfect car for you then! The fastest of the Mamba line-up, the Mamba Sport is sure to make your life more exciting! Not only does our SUV have some of the best tech in it’s class, it’s also one of the best selling out of the Mamba trim line-up!

My best strategy to win a CSR: be the second to comment, have a perfect car for the challenge already done, forget to enter it into the challenge

cant lose if you dont participate in the first place

The guy’s got a point

The most luxurious, advanced and iconic car in the history of the French manufacturer Famal. The GR (from French grande routière) was carefully designed with comfortable high speed cruising in mind - from the most aerodynamical body in class, through the hydropneumatic suspension and the smooth, potent drivetrain coupling a boxer 6 engine with a 4 speed automatic to the plush, high quality interior. It’s a perfect 70s machine for any travel.

Juuust under 40k for this 27S trim

Yes, it was made before the update, hence the currently unavailable scene and minor details. No time for new pics

No time for a fancy ad from me.

What do you get when you cross a sportscar and a dune buggy? The Hydra Scamp. Powered by a 3.3L turbocharged I6 producing 320 hp, the Hydra Scamp will hit 100 km/h in 7.7s. The modified suspension with rear solid axle and massive increase in ride height, along with offroad tires and a manual locker, allow the car to really rough it where no other sportscar can.