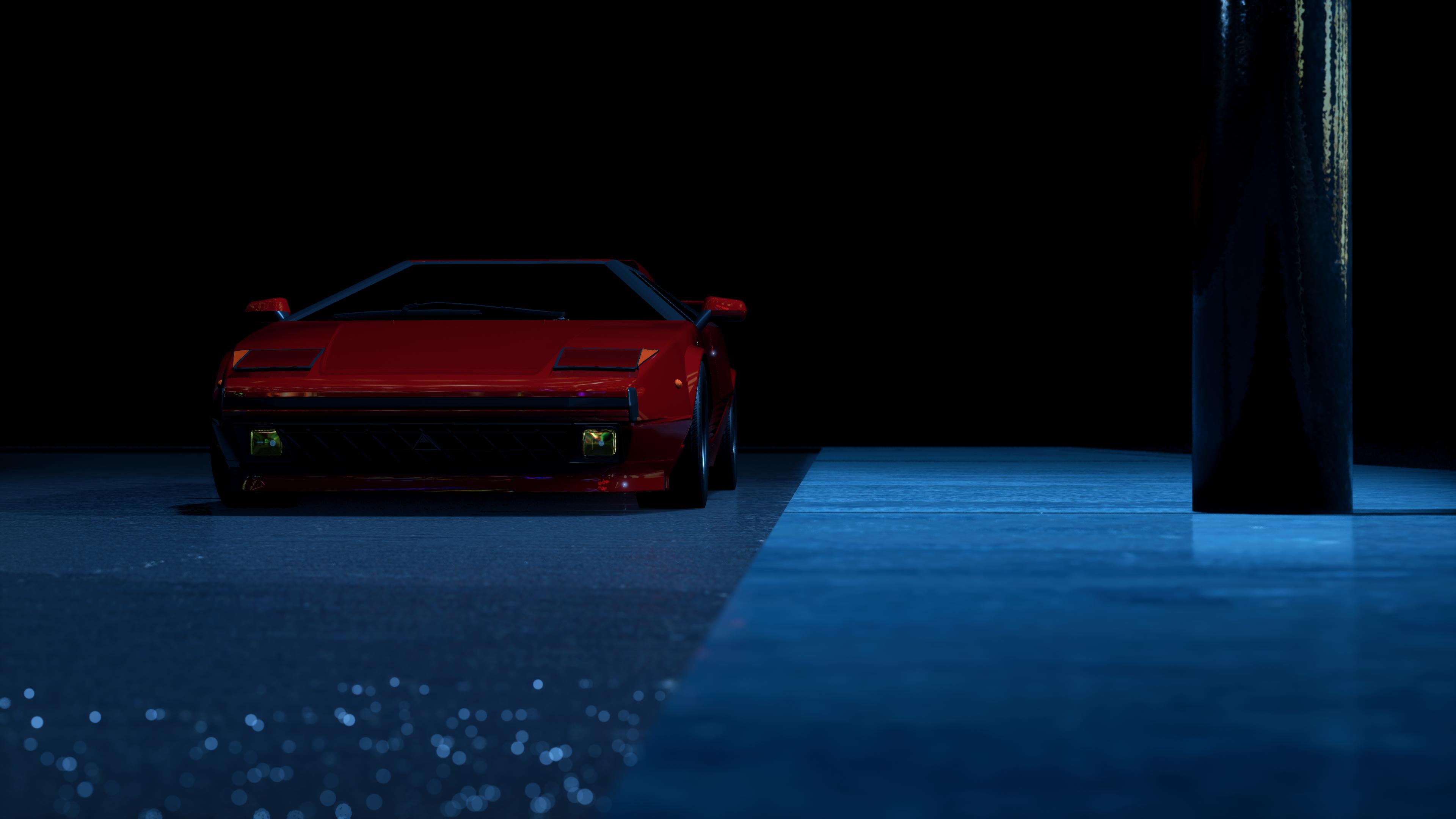 Due to some unfortunate circumstances during his work, Jakob is looking to purchase a new vehicle. Some background information about him:

Jakob works for Munin, an underground express courier service. Rather it is drugs, contraband, money, occasionally a person, they deliver and deliver quick. Their clientbase are typically very wealthy, affluent and powerful, definitely involved in organized crime. All in all, they pay a lot and Munin gets the job done. Rather its from across the city or across the country, the package will arrive.

The vehicles Munin uses are perhaps not what one would think a delivery vehicle would be. That being, almost exclusively supercars. Now, there’s two good reasons for this. One, they’re fast. Two, they look nice to the clients. Its really that simple. Of course, this is the late 80s and there are more options out there now to choose from…

Jakob in particular is looking for a replacement for his recently destroyed Tristella Accipiter. An Italian midship wedge, with plenty of performance and prestige. But, of course, the looks are for the client. What’s under the hood, that’s for him to work with. With 330 HP and weighing in at only 1200 kilos, the Accipiter was no certainly slouch. It was years old at this point, and probably would have lasted a few more, but since he has the chance to upgrade, why not?

As part of a deposit from the client and reimbursement from Munin, Jakob budgeted a solid 90000 to procure a new delivery vehicle. His needs are as follows…

Pretty self explanatory here - this car is going to be driven hard and driven fast. Slow cars aren’t fast and difficult cars crash, and crashing is not fast.

The majority of these requirements are for the clients - aside from comfort, which is for Jakob and the clients occasionally.

All of these will be looked at, just not as the primary deciding factor. But they may be the factor for not choosing your car.

I don’t need your ugly American safety bumpers so don’t add them on.

Rules are subject to change until November 13th 23:59 GMT

Is there supposed to be an image before the testarosa?

I assume a Countach.

@Fletchyboy100 i recognise that name from twitch

Yup it is a Countach. Image is working for me, not sure what’s happening with it.

Are you allowing use of the borisu mods, haven’t had an opportunity to use one yet and this may be the perfect time. If not then i’m not too fussed but they do seem perfect for this round

All mods are fine to be entered, I usually have everything downloaded.

i’m guessing you can just send the car in once you’re done with it?

I have several questions regarding this round.

Just to be sure, will you accept anything made in the current stable release?

I read that as “you don’t need to use them, although you can if your company’s lore dictates it”.

Also, is there any restriction on model and/or body unlock years?

And as the inspirations show, Jakob won’t limit his selection solely to supercars - sedans and grand touring coupes could tickle his fancy if they turn out to be good enough.

As for tech restrictions, ABS, traction control and variable valve timing are all quite new in 1988; which, if any, of those are we allowed to use?

On top of that, this round presents a dilemma on whether to use turbos or not: adding turbos has the potential to significantly improve performance, sportiness and prestige (the latter due to increased top speed), but at the expense of reduced drivability and reliability - excess turbo lag may well put Jakob off.

Anyway, this is the second CSR round in the past five to be set in 1988 - but its theme and central premise are much more reminiscent of (Turbo) Out Run, Chase HQ, Test Drive, GTA Vice City, and many other racing/driving games that were released and/or set in the late 1980s. It even reminds me somewhat of CSR 37, way back in the Kee era:

CSR37 - RETROGRADE…Back to the 1980s. [image] Our client is a mysterious figure. They live in the neon glow of the city lights. Cloaked in black leather jacket with dark sunglasses hiding their eyes. Who know they do out all night driving but they need a new ride. They’re cocksure but not without reason. So prepare yourself for opinionated views. If your car doesn’t meet their requirements or even if it doesn’t look the part it can be game over for you buddy. Now with that in mind…

And after the fiasco that was the very first attempt at this latest CSR, I’m confident that this one goes along much more smoothly. (No offense to you @Elizipeazie, but something about your rule set for CSR 129 v1 just felt off.)

@bilobilo in CSR what we do is after we have finished the car, we first make sure it is named correctly, then we click the save button in the summary tab. You then send the car file that is created to the round leader. Then in photomode you need to take a picture of the car and post it here as an advert. If you need more help entering, feel free to post here, evryone is quite friendly and will help.

oh! thanks for the help, i didnt know i had to make an advert! that will be interesting considering ive never done something like that before… i like a challenge

Urghh I kinda hate the openbeta fixture scaling system, hope the devs add an option to use the old one

This is not a direct copy of my TMCC entry…that was the GTs, this is the faster, AWD, V8 GTx…and it’s a different colour too!!

Yes I allow for stable release, I tested and there was about 1 point of difference on drivability and sportiness. Also $100 price difference. The limits are fairly open so if you get close, check it in open beta.

You’re free to enter whatever body you like just like how I am free to bin anything that doesn’t fit.

No tech restrictions since quite a few cars this era pushed the limits, your choice rather or not it is worth it.

Ok, I have something that I think might work, and the Borisu bodies are actually really good. BTW I’d wait a few days before trying open beta because I get the feeling the new fixture system will get a small update to make it more intuitive because rn it’s a little ard to get used to.

what is concidered bad fuel economy here? Does Jacob want sub-compact mpg or do american gas guzzle v8’s still have a chance (not that i have one, just clarifying).

Look up the inspiration cars eco numbers, there’s both good and bad in there of what I expect.

seems im not doing so good

Based upon the aging TE Platform, The 87RR has most of the TE86’s panels replaced by Fibreglass, Making it weight a Mere 1000 kg.

The B62TT it carries under the bonnet punches out a respectable 300 bhp, at 6900 RPM, But what’s under isnt too shabby either.

The interior is fine and plush, With a Modern Cassette system which should get your favorite tunes on high quality.