Powered by the all-new Adder i5 turbo - an engine created from a single bank of pistons from the mighty Dodge Viper. The engine comes directly from Dodge, and was invented when a die for the Viper block cracked in two. This engine was fitted with a turbo and new DOHC aluminum head, but uses the same bore stroke and compression ratio as its older naturally aspirated brother. Despite being half the size, it manages to lay down a respectable 500 horsepower through the Halberd’s eight speed automatic and AWD setup.

This comfortable four seater is good for any whether (on the roads) and the engineers at Hobert Auto Union tried to pack as much sport and practicality as possible into the same car. It can get groceries, pick friends up from the airport, or beat an Audi S4 around the Nurburgring… And of course, it comes standard with heated seats for all passengers.

2012 Letto Rush, Was made in a rush after updating the game, should still hopefully meet the rules, but wouldn’t be surprised or mad if it gets insta binned:

And submissions are closed!

Thank you all for participating. I’ve got everything processed already, I just have to start writing up some reviews.

I’ll try to get these done in as timely a fashion as possible, but I would like to ask for y’alls patience as I have to go to work, and I’ve got some emotional struggles to push through as well. I figured transparency would be the best policy rather than explaining to an angry mob of people as to why the’re waiting ;))

Bin City Babeh
Where everything burns and the salt oh so plenty.

at least i’m gonna look cool in there
i hope

I wasn’t pinged. I sent you my car and posted an ad. Guess you overlooked me.

I knew I’d miss one, theres so many and my head is full right now. Don’t take it personally lol. I’ll get you in there chief ;))

And the tension begins.

I think you missed more than two people

I sent in last minute too lol

Okay so now that people have reminded me, I also have —

This should be it. Expect some binnening tonight!!

So this is a record breaker, yes?

This will have to come in multiple parts, with the vast majority being instabins or regular bins, so please don’t lose hope. Part 2, Adam and Leah will start to go through entries personally.

Surprisingly there were only two rule breakers out of these 60-odd entries, so the month of design seems to have been effective in preventing rule-breaking! Unfortunately, @BootlegScarce, this SICK WEEB MACHINE violated the trim ET, just like I want to violate Hatsu— 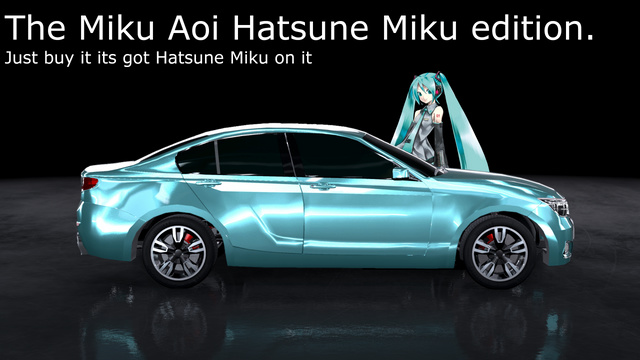 Additionally, @GassTiresandOil, the engine ET on this one is 12 points over. Almost 3 times the amount of points I have on my license! 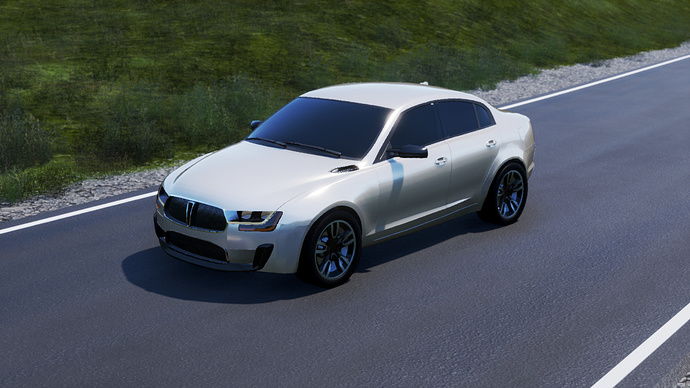 And, thank you @Arvok1 for making me rethink life, because unfortunately this one also went over the ET limit. 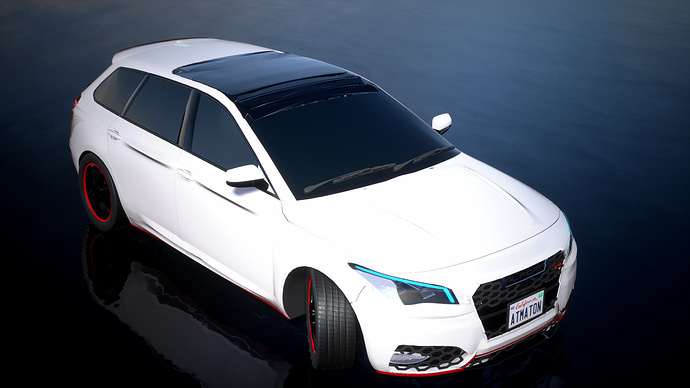 The Outskirts of Bin City: 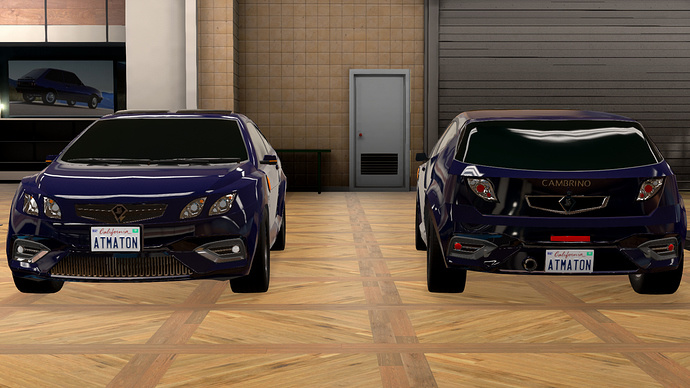 @Admiral_Obvious - Spider man, spider man… does whatever a flatplane-V8 hatchback can! Unfortunately, Adam has arachnophobia and this one is out of the running. 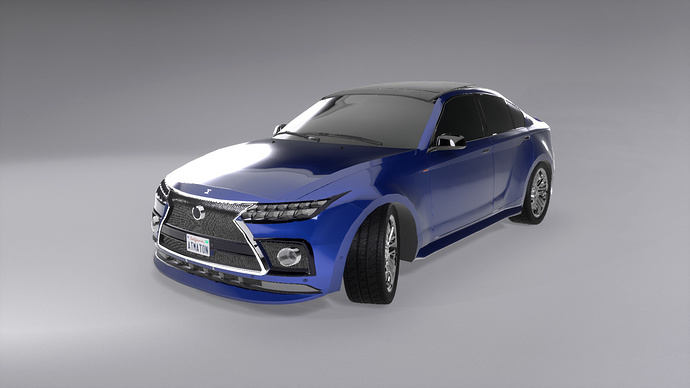 @S31 - A wild Lexus SUV was suddenly attacked by a Peugeot! 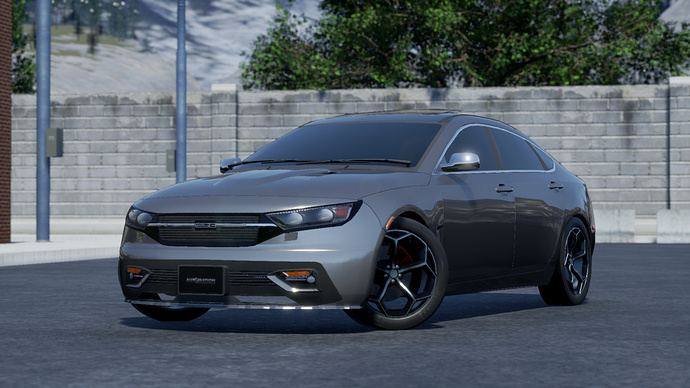 @desperatedonut5 - An alright looking car, with lots of parking sensors that will probably break, and tyres staggered to the front, with 205’s steering and 200’s in the back. That would not be fun. 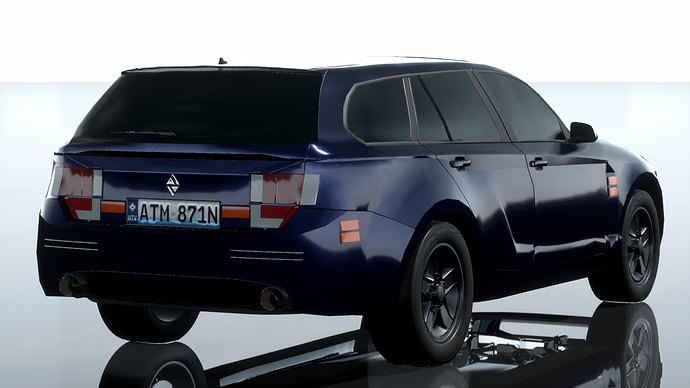 @TheLapTopX20 - As a certified ass connoisseur, I can tell you that this ain’t it chief. 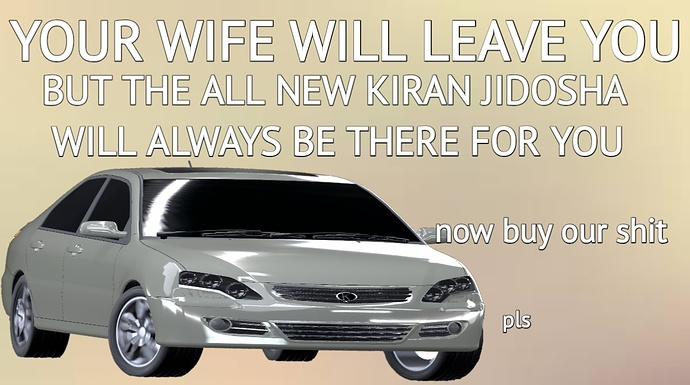 @Hilbert - Leah hasn’t left Adam yet, but she would if this is what he spent $55,000 on. Her Dad’s old Toyota Avalon would be a better bet…. 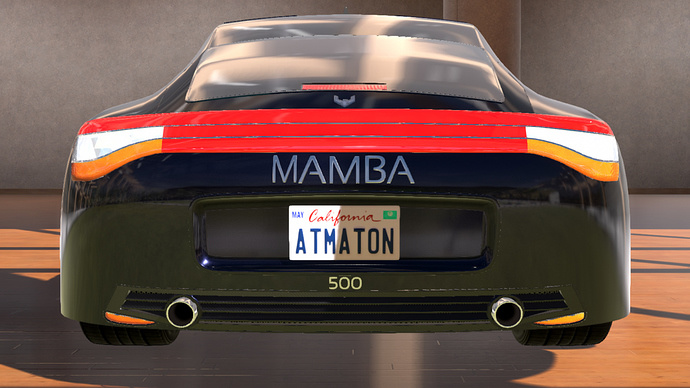 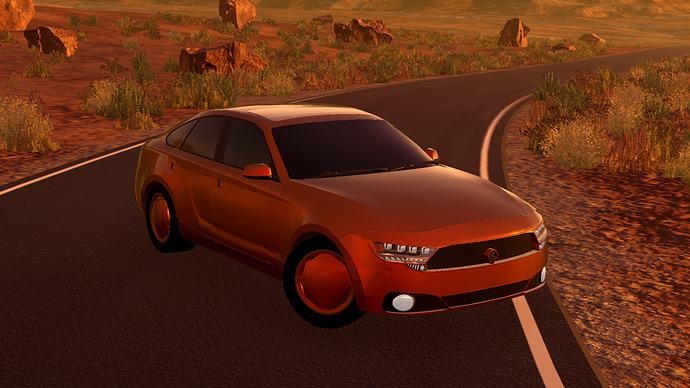 @Smoovis - Hey, Leah played soccer in high school! But she’s not so much of a fanatic where these wheels would look okay to her. 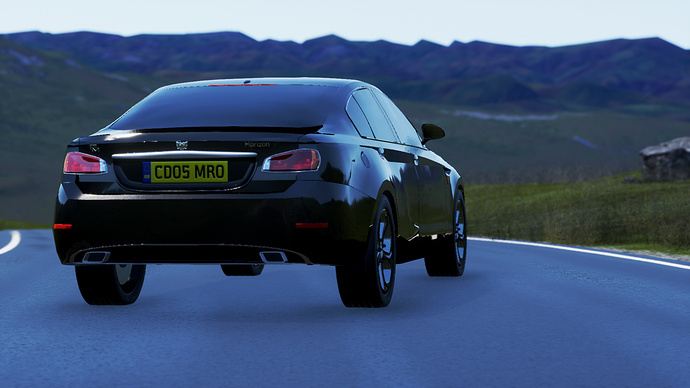 @Jaimz - Fortunately for Adam and Leah, only a picture of the rear was provided, and they didn’t have to see the front.

@Nightwave - Definitely underpowered and not as comfortable as the competition. Unfortunately, the looks follow that theme as well. 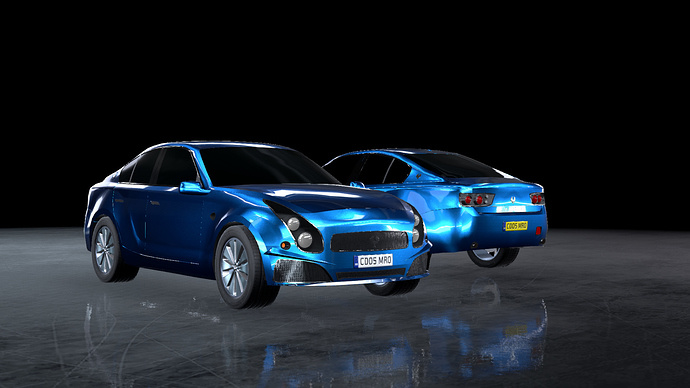 @piglet916 - This car seems to struggle with spider-syndrome as well, so unfortunately, Adam and Leah rule it out. 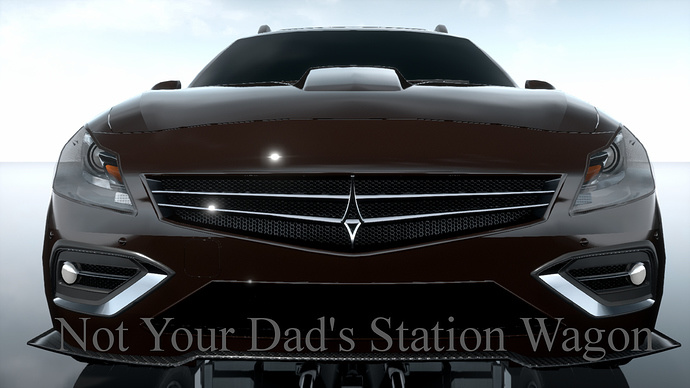 @Fabelhaftigkeit - Longboi indeed, to schoolbus-like proportions, and the rest of the car falls short of making up for it. Sorry, Daylily. 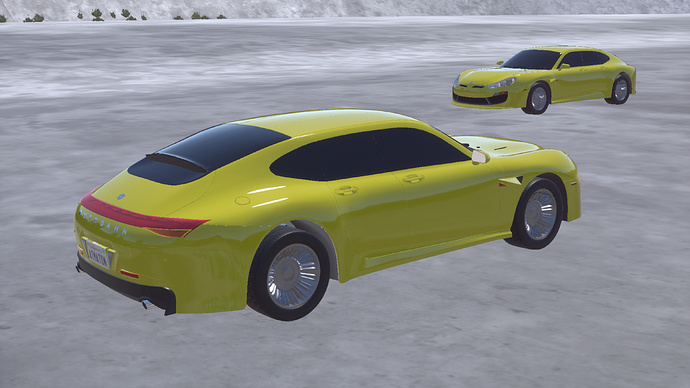 @mgobla -The lesson we’ve learned here is not to use the Panamera body, it seems… the wheels and color don’t help either. 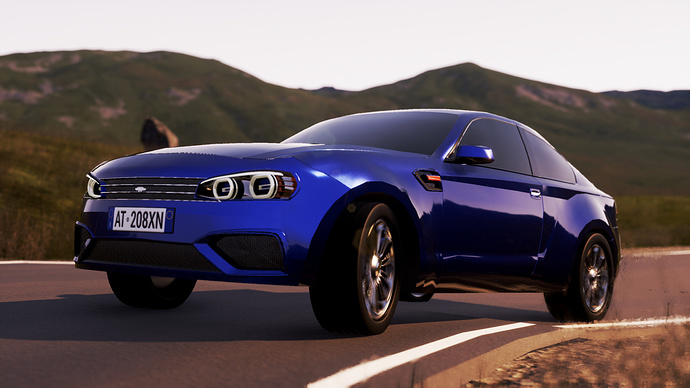 @watermelon3878 - This one doesn’t make the cut, unfortunately. The design is being led by the already existing crease in the BMW bodywork, which doesn’t bode well. 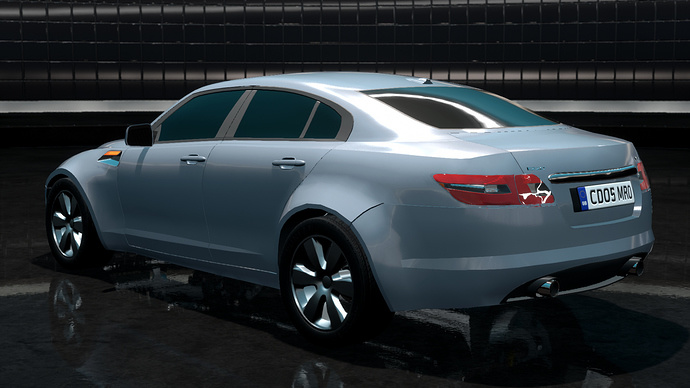 @EnCR - Subpar comfort and fuel economy that’s way below the rest of the pack, and $2k service costs are enough to turn Adam and Leah away. 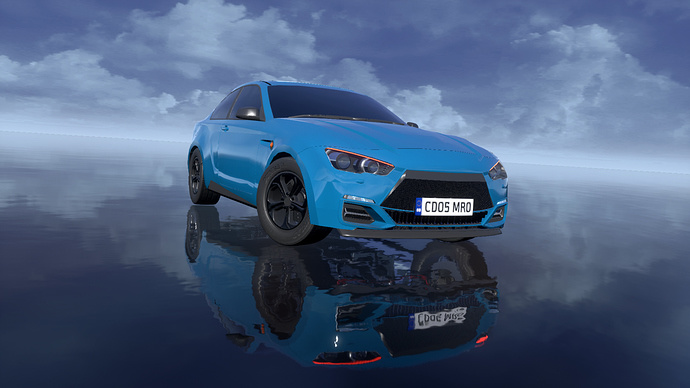 @Petakabras - Strange front grille design which almost works, but isn’t quite there. Combine that with an engine that revs to the moon for no apparent reason, and very sketchy aerodynamics, and you have a bin on your hands.

@Dukeofhazards, @nicholasrams774, @chichicoofisial and @Holts - All of these cars were solid in their own rights, but they share one common flaw - the redline is set too low for the engine to make peak horsepower. This results in an undrivable car because of a power band that isn’t usable, and ultimately, a quadruple bin. 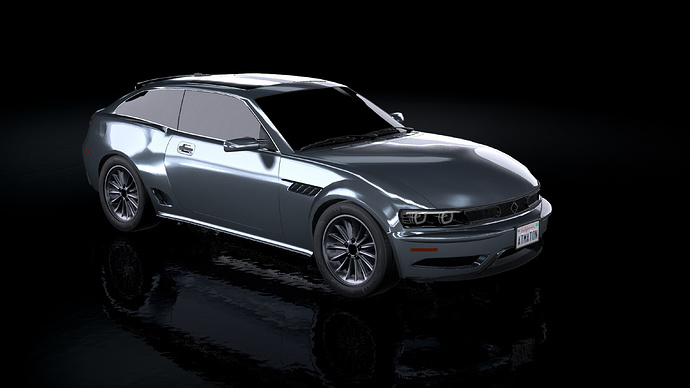 @HOBERT - Not nearly as comfortable as this ad speculates, and very expensive to maintain. 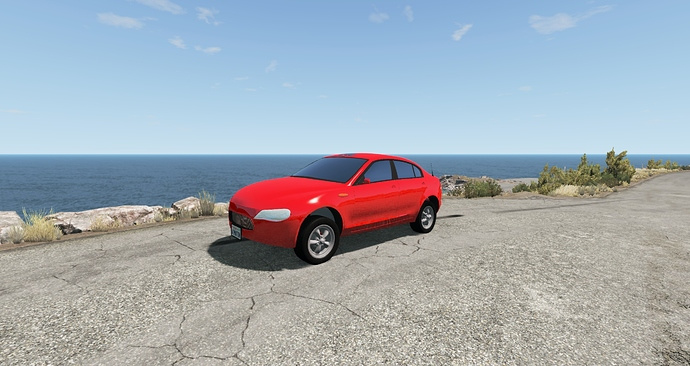 @LordLetto - You said you wouldn’t be mad, so this should come as no surprise! 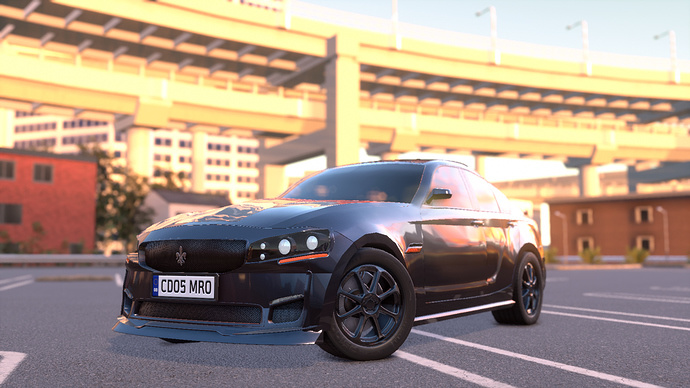 @Kyuu77 - Literally half the comfort of most entries, a kit-car appearance, and being a size-class down earns this entry a good ol’ binning.

I SHOULD NOT HAVE TO CLARIFY THAT THIS IS A JOKE

Look at those bins! Mine is in somewhere too…