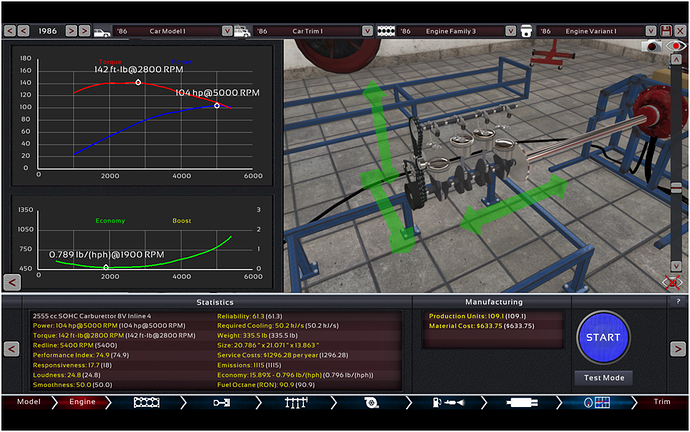 I have created my favoridt cars engine or doing it bedst i can. Nissan GTR Nismo whit has a 3.8 liter V6 twin turbo engine whit 600 HP. I have tryed my bedst to created the same amount of power as the stock engine, but it is hard to hit the right numbers at the given RPM whit out turbo whit variable turbo geometry.

Some of you properly now that this car is among the popular tuning cars. So here is an version tuned but trying to keep the cost down and octane at max 95 so it is usable for the roads and most countries have octane 95.

For those who just cant get to much power and have some money to burn. 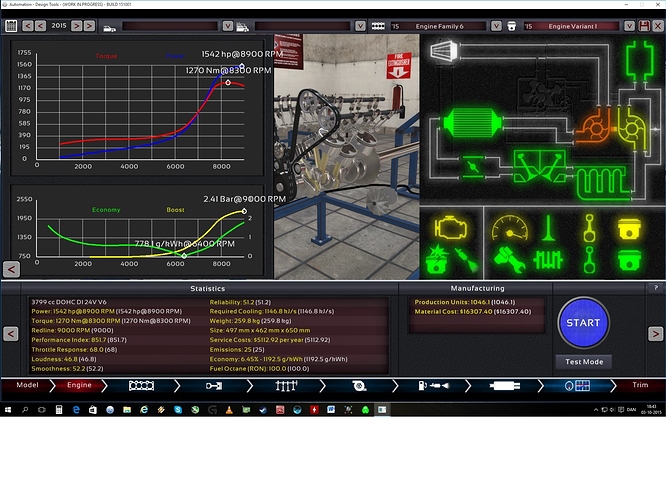 The smallest member of the K-series V6 family is the K8-ZE which was introduced to the Japanese market in 1991.

In these early years, the K8-ZE was installed in the base Efini MS-6 and its Ford badged Telstar equivalent, base Cronos and Eunos Presso (aka 30X). The K8-ZE goes into the history books as one of the smallest mass production V6s on earth – just 1.8-litres. With a 75mm bore and 69.6mm stroke, this is a wonderfully revy engine. With the benefit of DOHC, four-valve-per-cylinder heads and using a 9.2:1 compression ratio (which allows the use of normal unleaded), the K8 engine puts out 103kW at 7000 rpm and 157Nm at 5500 rpm. In 1992, the mid-size Eunos 500 was also released with the same 103kW/157Nm K8. Auto or manual gearboxes were offered in each of these vehicles and production continued into the mid ‘90s. 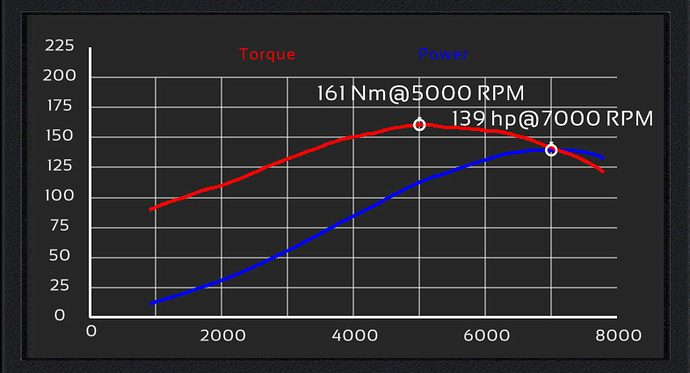 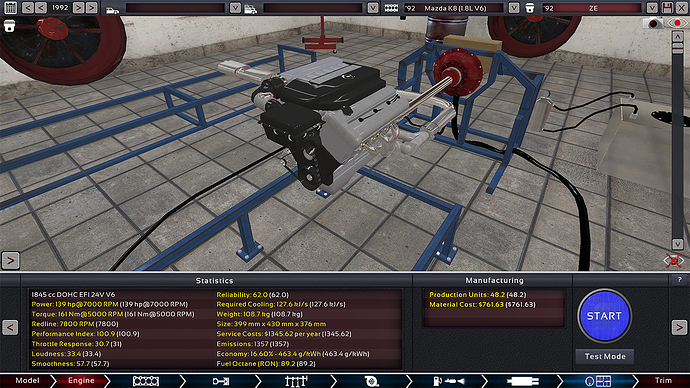 It has 139hp @ 7000RPM (1hp higher, at the right RPM) and 161Nm of torque @5000RPM (4Nm higher, 500RPM earlier). Except for that, it features all the right materials (aluminium block and head, forged steel crank and rods, forged pistons) and components. 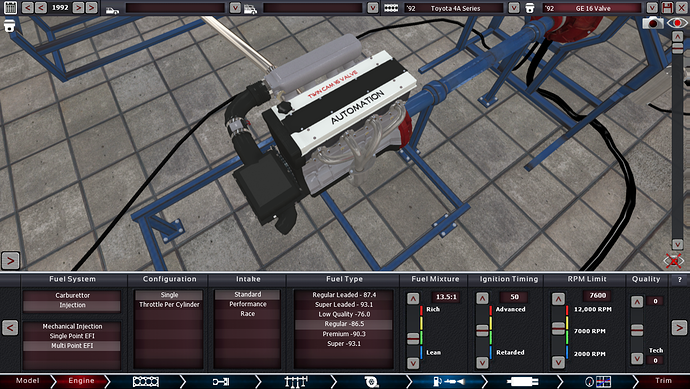 I had to edit the .LUA to get a large enough V8, this was just for building a replica. It was fun 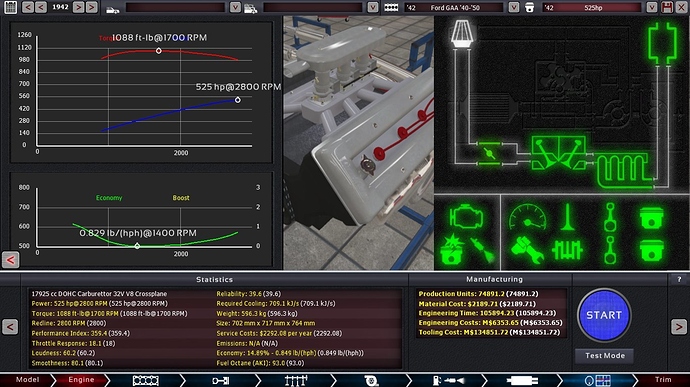 Use of a edited .LUA to get bore and stroke size required, as well as additional quality to the bottom end of the engine so it could survive. 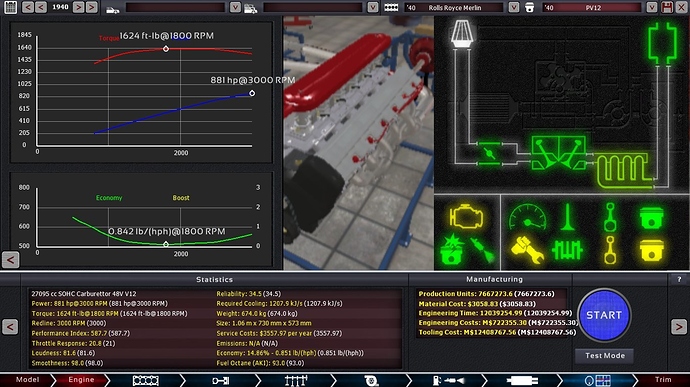 I was wanting to do a GAA the other week, but I know nothing about modding lua, plus I was left wishing we had a 60deg option for the V8.

[quote=“VicVictory”]And now… the recreation NOBODY wanted…

The Chrysler 2.2L straight-4, in this case the 1984 carbureted version:

Probably one of the greatest engines Chrysler ever made. You’ll unlikely win any honors at the drag strip but the only thing those needed to run was compression.

Well…I tried to recreate the L28ET, but as of now I’m not 1:1 accurate with it, while I’ve almost matched bhp/torque, just when it occurs is off and I tried to stick to as close to what specs I could find, including compression ratio and the TB03 turbo’s specs and boost on the 280ZX.

But I had to up the fuel mixture and kick the quality sliders up a lot. I was less than eager to post it since I still suck harder than an industrial vacuum even after I don’t know how many days of messing around (if not weeks or months but when boiled down to actual time, more like maybe 12 hours tops…maybe more?)…

Me being hard on myself not withstanding, I’ve put an attachment with what I’ve done thus far, not just the L28ET but also the L28E, may just give a crack at a vanilla L28, and one version where I did what the factory should have (intercooler). That’s about it from me.

My only note is I slighly renamed the folders (Families 2, variants 2) but everything should be in it’s place.

Or I screwed that one up again. 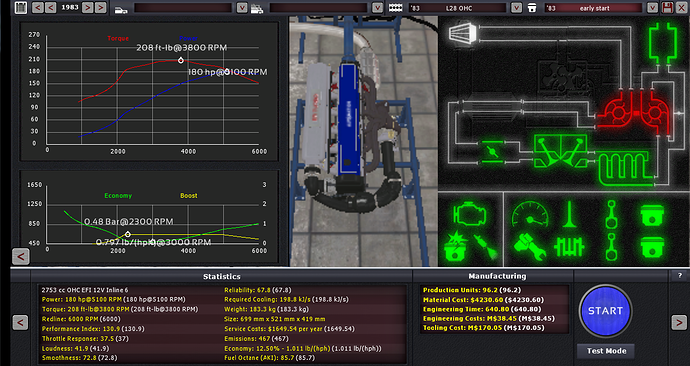 I’ve been trying to reproduce some of the setups we have done at the shop I work for. Sadly max turbo size and only having the twin turbo option is a major roadblock on a few of them.

I made an exact replica of the Ford Coyote Boss 302 engine. This is one of my most favourite engine builds because of how accurate the power and torque is to the real life counterpart (albeit if I increased the size of the exhaust, it would make more power). 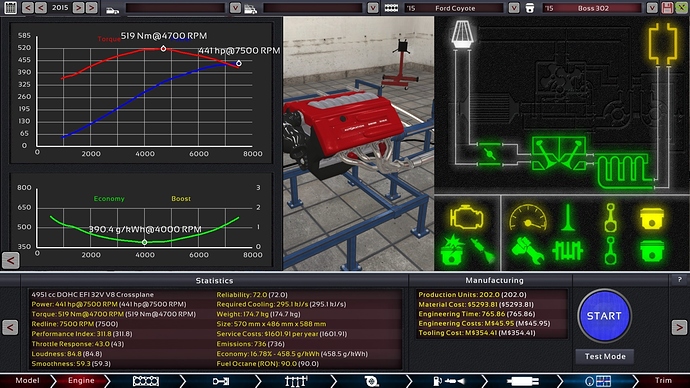 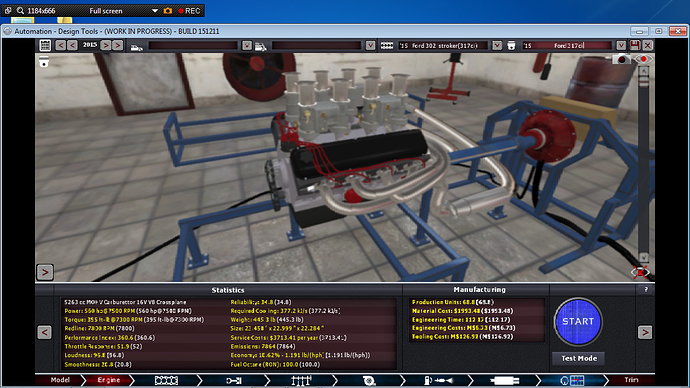 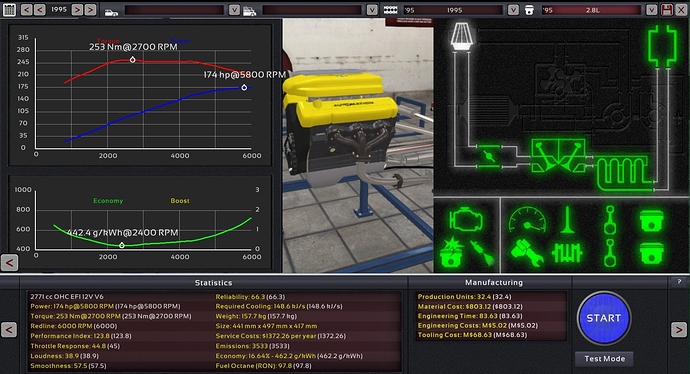 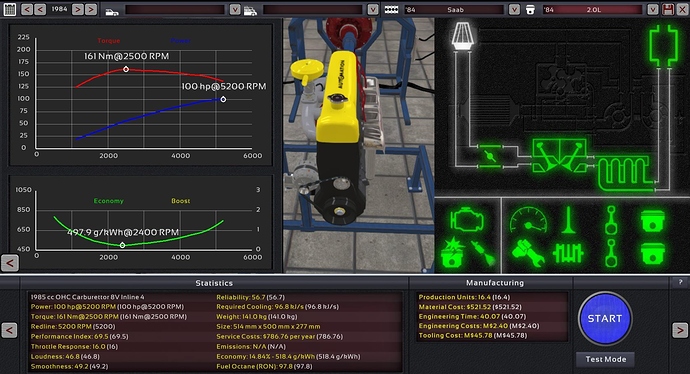 I used to drive an Audi 80 with that engine but it wasn’t yellow!

I used to drive an Audi 80 with that engine but it wasn’t yellow! 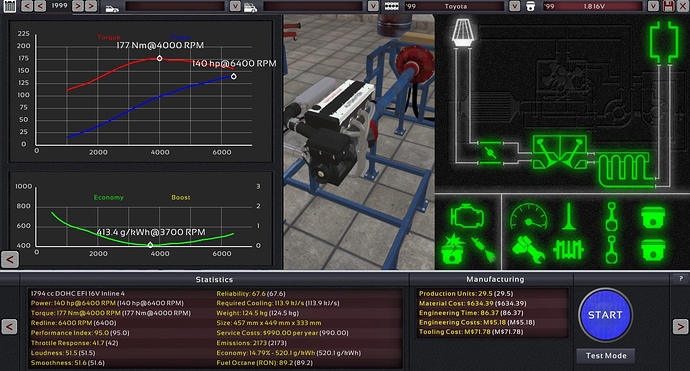 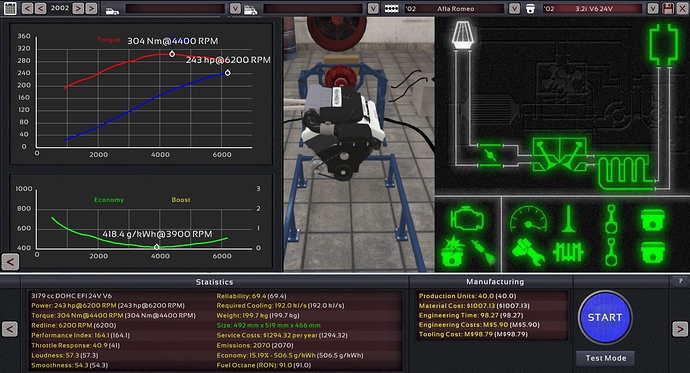 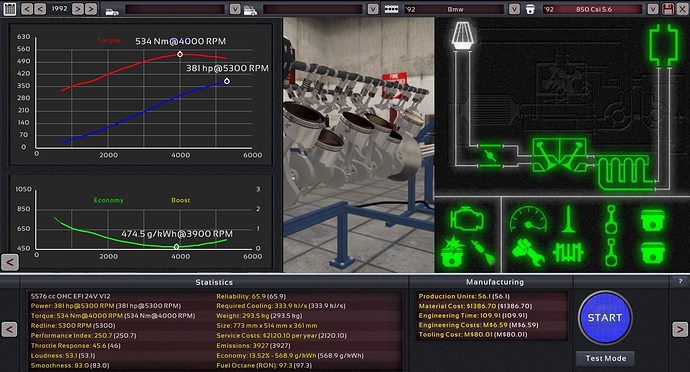