Back in 1973, when the second facelift of the Type K launched, there was a huge void in FAAL’s lineup between the Type K and the Mesaia.

The Mesaia was a compact economy car with great practicality but ridiculous performance and build quality you could barely judge given the few places where it mattered. The Type K was a wannabe american landyacht with an automatic gearbox, seats plushier than your living room, cloud like suspension and that sounded like a Porsche. Despite the more upmarket Mesaia GL with interesting options and the relatively stripped down 4 cylnder Type K, there were ultimately still what they were designed to be from the beginning.

There was a big, empty, family sedan sized hole to fill up with an upcoming project. And since there was no plan for building a new factory anytime soon since the Bilbao factory (see post above) was still in construction, said new project will have to share development with the replacement of the Type K.

Naturally, Hubert Napperon was in full control of the design of the new vehicle, with several guidelines from Bertrand Failliez:

During its development through 1973-1978, the car was dubbed “Project S” (S for Split). It was finally released in 1979 under two different names: Foreia for the regular family car, and Stemma for the Executive car.

Photo140.jpg1920x1080 499 KB
Starting from the bottom, the base model Foreia already showcases the futuristic, aerodynamic, almost spaceship-like design of the platform, with its arrow shaped nose and its sloping back. An uninterrupted curved window line separates the body from what appears to be a glass canopy that goes all around the car and only interrupted by plastic pillars. Napperon kept saying until his death that it was the design he was the most proud of. Not to mention the Foreia had a rear wheel cover option on its upper GL trim, for those who really wanted to look like an alien pilot.

Underneath, the car was nothing but known tech, sporting every single design choice that had been made on every single passenger car since the Type F: Longitudinal FWD engine layout, McPherson front suspension, semi trailing arm rear suspension. The front overhang was very long too, with planned future inline engines in mind. The chassis was galvanized, but the body panels remained regular steel. Above, though, the modern structure hid the most spacious FAAL interior to date, wide, sleek doors, and of course, a liftback for extra practicality.

Everything about the design screamed modernity with a perfect blend of curves and sharp edges, especially the front headlights which curved neatly around the front fender. Also, its windshield was particularly sloped for the time, which means it was long enough to be cleaned by one single wiper (by 1979 standards, that is.).

As for its sister executive car, the

As you can see, the main difference between the Foreia and the Stemma is marketting. Despite FAAL insisting that it is a completely different car than the Foreia, it might as well be a very high end trim of the Foreia. Its main physical differences resided in:

The main difference was in equipment. The Stemma inherited of the top of the line, most powerful FAAL engine ever built at the time, a 266S Boxer 6 stroked and bored to its maximum capacity of 2.6L, and mechanically fuel injected, giving the car a very respectable 150hp which would have been quite sporty if the only gearbox choice wasn’t a regular 3 speed automatic like the outgoing Type KL6.

As for the rest, well, the gang’s all here. Hydropneumatic suspension, Handmade leather seats, 80W four speaker radio, plethora of wood on the dash and door panels… By all standards, it was a good luxury car.

Though expected, it appears that producing a mass market car and an exclusive luxury car in the same factory was a bad idea. the Stemma sold as you would expect a luxobarge to sell in Europe, but the Foreia was crippled by the factory size and shared assembly lines, and sold quite discreetly for what it wanted to be. Not to mention, the design cues between the two models weren’t as pronounced as they needed to be. Which is why both Napperon and Failliez went back to their respective drawing boards for the car’s mid life facelift.

Failliez managed to snag a deal with Switzerland to build a factory in Geneva, of greater size, with the intent to split production. The Stemma would remain in production at the OG Sélestat factory while the Foreia would be mass produced in Geneva. or you know, Hetvesia, large 1 and stuff...

The Geneva factory would only build cars. No engines, to simplify the logistic flow since the engines the car used were already in production elsewere, after mucho decisions and engineering. Anyway, by 1985, the second facelift was ready.

Hubert Napperon managed to modernize yet again a design that was already cutting edge. The car now featured all plastic front and rear ends that were basically bumpers that blended into the body. A feature rarely seen on regular cars at the time. The car also featured FAAL’s new visual signature, the split grille. Also, the most aerodynamic mirrors seen to date on a french car, mounted on the A pillar and blending with the rest of the bodywork.

Mechanically, though, everything changed. The car was moved by two brand new engine families, due to FAAL transitioning in only two years from an entirely Boxer lineup to an entirely Inline lineup. The goal was to develop cars with transverse engines to improve their packaging and reduce labour costs when servicing engines. Also, a secondary goal was to develop turbocharging, which could be done more efficiently and cheaper on inline engines.

The car was a huge improvement in performance over the previous facelift, with the base model having more power than the previous top range engine. Not only this, but fuel economy was way better too. The only downside is the engine length which meant changing the timing belt was an absolute nightmare for the 5 cylinder versions, since the platform still had the engine mounted longitudinally…

As for its sister who went to private school, the Stemma

Hubert Napperon managed to separate the two cars a little bit better by getting the attention of the watcher to a huge chrome bar linking the headlights and the grille, acting as a fancy unibrow. The idea worked even better by 1986 when the Stemma became the only FAAL not to use the split V-shaped grille design. The rear taillight bar remained, and the only engine choiced was a stretched to the max 255R inline 5, with 140hp. Yes, yes. 10 less HP than the outgoing model, BUT:

FAAL was working on an AWD TETRA system this whole time! And this car was one of the two cars to get it first hand! And another thing that has been developed was an electronically controlled 4 speed automatic gearbox with smoother, yet faster shifts and selectable driving modes, dubbed the S-Tronic. All of this meant, despite less power, the 0-100km/h time and top speed remained unchanged. And you get the advantage of having an engine that is not shared with a sportscar and could therefore be as quiet as needed.

The car still had a handmade interior and fancy wood trim, but this was the 1980s and what would a luxury car be without electronic climate control, cruise control and heated seats on top of that?

The Stemma was replaced in 1991 by a newer model, while the Foreia remained in production until the end of 1992 and replaced by 1993. 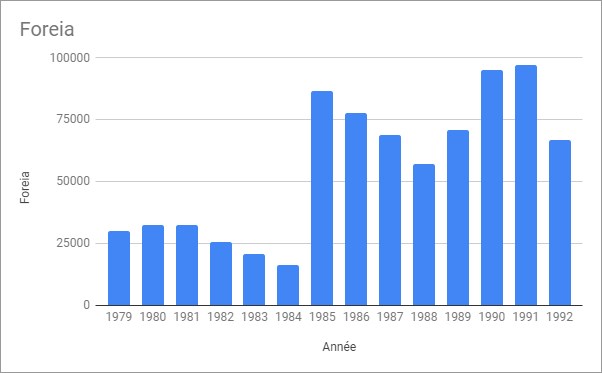 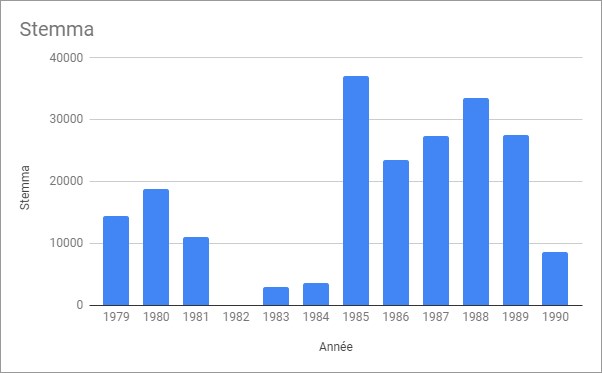 Yes, yes. Another prodution mishap. This was due to the chaotic transition between Boxer and Inline engines, leading to zero Stemma sales in 1982 and anecdotic sales in 1983 and 1984. But apart from that, the cars thrived. Especially after the production split, where sales literally exploded for the Foreia and instantly met demand. Sales of the AWD second facelift Stemma were also really impressive for a luxury car.

Though what was sold at the same time as those cars was much more interesting from an enthusiast point of view.

I am pleased to tell you that the mid-life facelift for the Stemma/Foreia is among the better ones I’ve seen so far on any car, as evidenced by the sizable increase in sales figures from 1985. Unsurprisingly, they would have been a tough act to follow for their successors.