Henry is a 18 year old male from a very rich family, and over time has gotten bored of the excessevily easy life he’s been living so far. But this is about to change; He’s been working alongside high school for a few years now, and finally had built up enough of his own money to finally get his own car, instead of having to drive his dad’s Mercedes.

His parents don’t approve his decision at all, and think that he is being foolish by getting something cheap and “low quality”, and also, as they are the greatest parents on the northern hemisphere, have threatened to kick Henry out of his own home if he gets something that they don’t approve (= Anything he can afford right now).

Henry has prepared for this, and now that he has a steady income, he can afford to move in a small apartment of his own now, and is actually excited to get away from his toxic parents fancy home and finally get a chance to live a life where he actually must work for living, instead of getting everything for free, without lifting a finger.

So, what does our boy Henry want?

First of all, he has saved more than this, but he is determined to stick under a 13000$ budget, as he will need the rest of the money to move away from home.

Second of all, the car has to be reliable, and the service costs can’t be high, since his job isn’t exactly very well paid, and because of this he’d prefer a car with a good gas mileage on regular unleaded fuel, no hard limit here, but don’t expect your car to do great if it uses 16L/100km of fuel.

He does not have any preference over what shape and size the car is, as long it has at least a bit of luggage space, and preferably more than 2 seats, even though he won’t be giving lifts to his friends or family as well… the family is an obvious one, and his friends have oddly gotten quite distant after he told about his plans of living a “normal” life.

A cheaper car is always better, as long as Henry doesn’t have to completely sacrifice basic driveability, comfort, or having to worry about flying through the windshield in event of a crash, so at least some basic safety is preferred.

He can tolerate even basic interior, as long as the suspension isn’t insanely rough at the same time, but he wouldn’t mind some basic comforts, like adjustable seats either. Driveability is also important, in a sense that it doesn’t oversteer or understeer too much, and keep in mind that finnish driving conditions aren’t the greatest in winter. The hard limit on the price is 13 000$ though, as he needs the rest of the money for other stuff.

Henry is definitely not looking for a sports car, he is happy as long as the car can get to 120 kilometers per hour, and if the car is good enough he won’t mind even if it is a bit slower than that.

Looks aren’t very important, as long as it looks somewhat realistic and not excessively bad.

The car has to have realistic-ish looks and engineering choices, Cominturismos and any funi meme ker with DOHC 4V, 2 Litre V12 will be thrown in the

Catalytic converter not required, some sort of muffler is required.

The car must run on regular unleaded gasoline.

Trim year has to be somewhere between 1979-1984, I don’t expect car makers to update their cars every year. Model year can be anything before 1984, I mean, Austin Minis were 50s cars too sold in the 80s.

There won’t be any ET/PU limits because I don’t want to bother looking at them, Semi-realistic design choices are good enough for me.

DEADLINE: Sunday, 8th of November, 23:59 GMT
You have the next 3 days to call me out as an idiot when it comes to rules, after that you can start sending me your cars

Inspiration for your electric chunks of meat some call brains:

Lada as an inspiration, this looks fun. 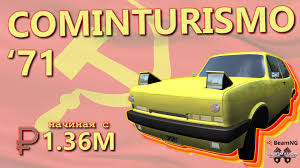 Oh cok, I have at least 8 lore cars for this.

I’m already getting building… gives me a chance to add a bit of identity to one of my brands, which has changed design language about 20 times… And take it away from being vauxhall.

Henry seems like an interesting guy… I wonder if he has any future family plans and preferences regarding his cheap car.
Oh Henry, you complicated dear man.

Does Henry value any of these above the others? (Comfort, Price, Drivability)

Something’s brewing in the fjords

Well, all of those are pretty much as important as the other, as he needs all of them to be reasonable compared to the price point. Balance is the key

Anyway. I heard a friend of Henry saw something during a trip that he thinks Henry might like. He’ll send a picture soon.

And no need to worry about family plans just yet, I might make a sequel to this with the family aspect in mind as well

The humble Panda came in 4x4…just ask James May!

Getting some Lada Niva vibes from this already…

but its not orange…