Compact and cheap, very cheap. That’s about it really, not going to hide anything here.

From the Czech Republic comes the Moravia Veverky DE. While nearly a twelve year design, it has received a stylish refresh for the 1982 model year, is powered by an impressive .9 litre inline three making some horsepower and a reasonable price of $12400.

Oh right, it would have still been called Czechoslovakia at the time.

Sorry Riley i’m taking some “inspiration” from your lights on photo style.

Just because you want a small car, doesn’t mean you want a basic car.

using modern turbo-charging methods the 1275cc engine makes the power of a 1.6 litre engine with the economy you expect from a small capacity engine

The front was supposed to be more pre facelift mg metro but it definitely has a nova vibe from the pictures.

Now that I look at it…front is Astra and rear is BMW…ish!

I’ll (officially) open the submissions now, even though I have got some cars sent to me already

Is there a naming convention to it, or i can submit my (Generations II) Cars

1979 Busker.jpg1386x669 281 KB
Not the prettiest car of all time, the E3 Bogliq Busker is solid reliable and dependable; just don’t expect to win many fashion awards!

Hey OP, your boi clearly looking for a people’s car that isn’t founded by Communism or Fascism. Well, that recipe happens to start in Moldova with 500g of Potential, mix in a cupful of Social Ethics, add a spoonful of Capitalism and just a pinch of Hope, then mix together until you get Bogliq Automotive. Once formed, take the Bogliq dough, put it in a Union lined baking factory then roast it in the oven of the USDM. When the Market demands a new model, pull out the dough and serve it; hopefully it’s finished being cooked, hahaha!!!

Thus the Bogliq Busker 518G was born; the fiery pit of hellfire, otherwise known as Generations II: The full line challenge. It is a Gen 1 Busker so it’s resale values haven’t been artificially inflated by the DLH halo cars, or the much better looks of the Mk II facelift. It’s decent on regular unleaded and has room for 5 adults AND their luggage, hahaha!!! All Bogliq’s are sold with catalytic converters, unless there is no access to unleaded fuels, so this car is fitted with one.

OOC: For full disclosure, I should have entered this car into the 1981 competition round, but I was embarrassed by it’s looks and was too ashamed to air it publicly (outside of my lore thread, which people can safely ignore, hahaha!!!). This car has had some extra detail added to fix the barrenness of the lore car, but no main fixtures were added or changed, plus I changed the colour of the lower bumper/flanks so it wouldn’t look so terrible! Nothing mechanically has changed, either on the engine or the trim, so this is a bonafide Generations II lore entry car… I’d love to get your feedback outside of the competition parameters; PM me with your thoughts if youhave the time, or desire, to do so!

This is the only rule with the car naming 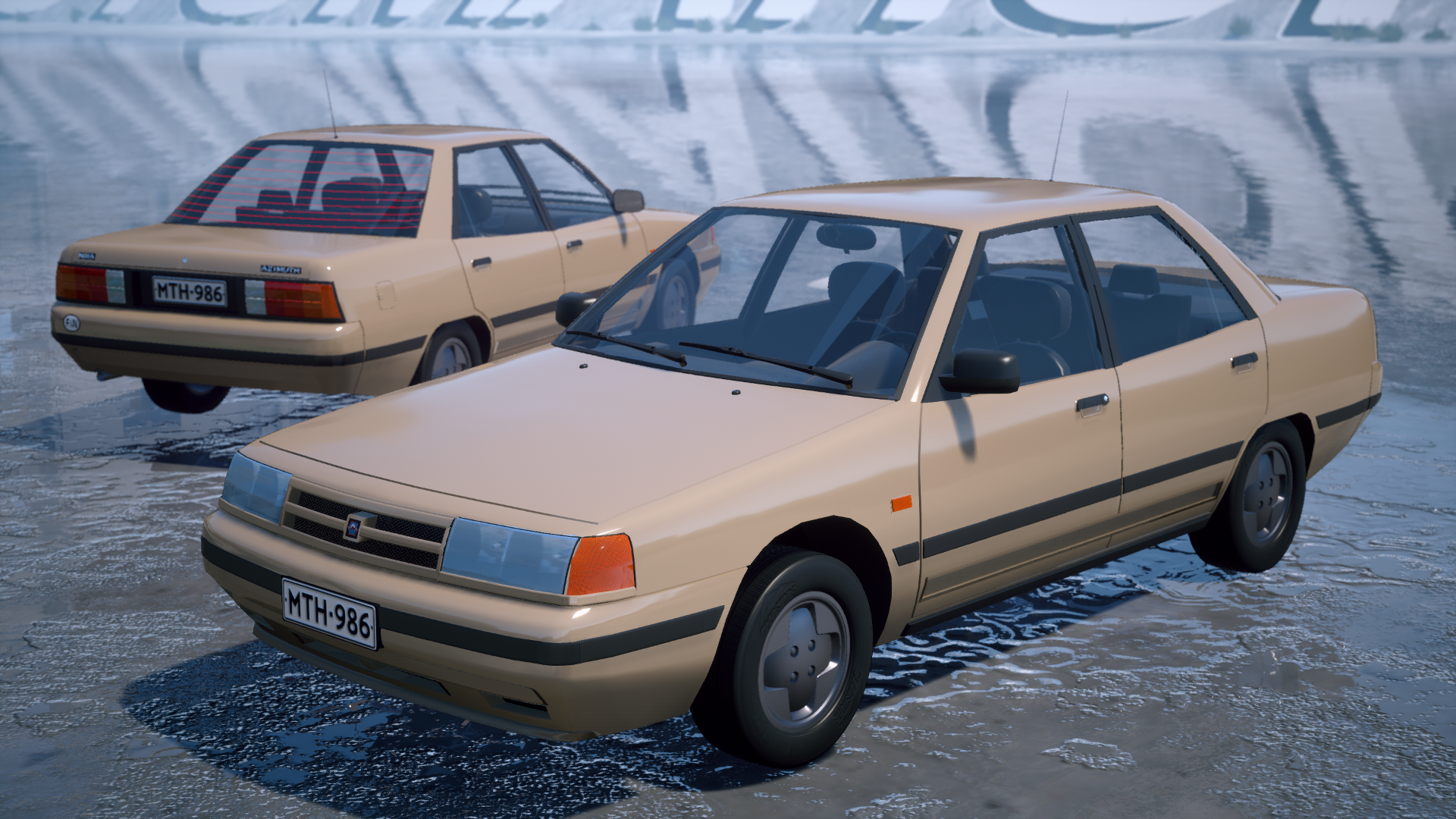 A brand new Soviet car joins the markets of Finland. Suprisngly, they managed to make a FWD for once. It’s got a fairly small 1.4L engine, pushing 57 horsepower. This partiucular version is the cheapest trim available, but it was refined for sale in Europe. It got painted bumpers, hubcaps, Latin badges, radio and defroster lines on the rear window. It’s a fine car, don’t you worry. It’ll take you anywhere you need to go, especially with such clearance.

Just back from full testing in Utah, the Nakamoto Sunset proves that quality transportation doesn’t have to be expensive. The responsive 1.7l I4 engine features features fuel injection and is mated to a standard 3spd auto. The hatchback version offers sporty looks and plenty of cargo versatility. An 8-track player, steel wheels with body color accents, and rear wiper are standard on the base model.

The 1.5 GE is a mid-level spec of the Tigo, tuned for excellent economy with plenty of comfort. 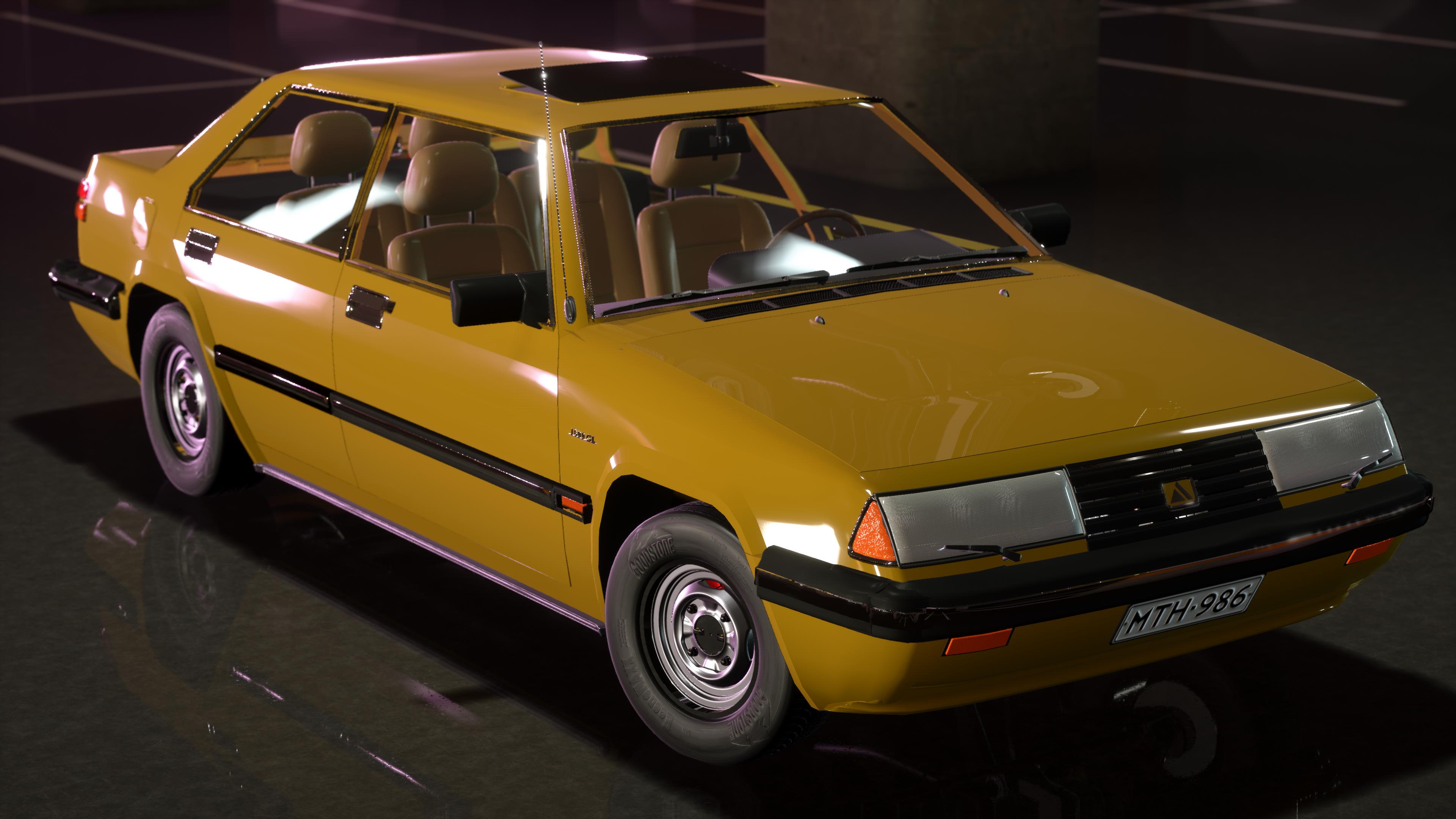 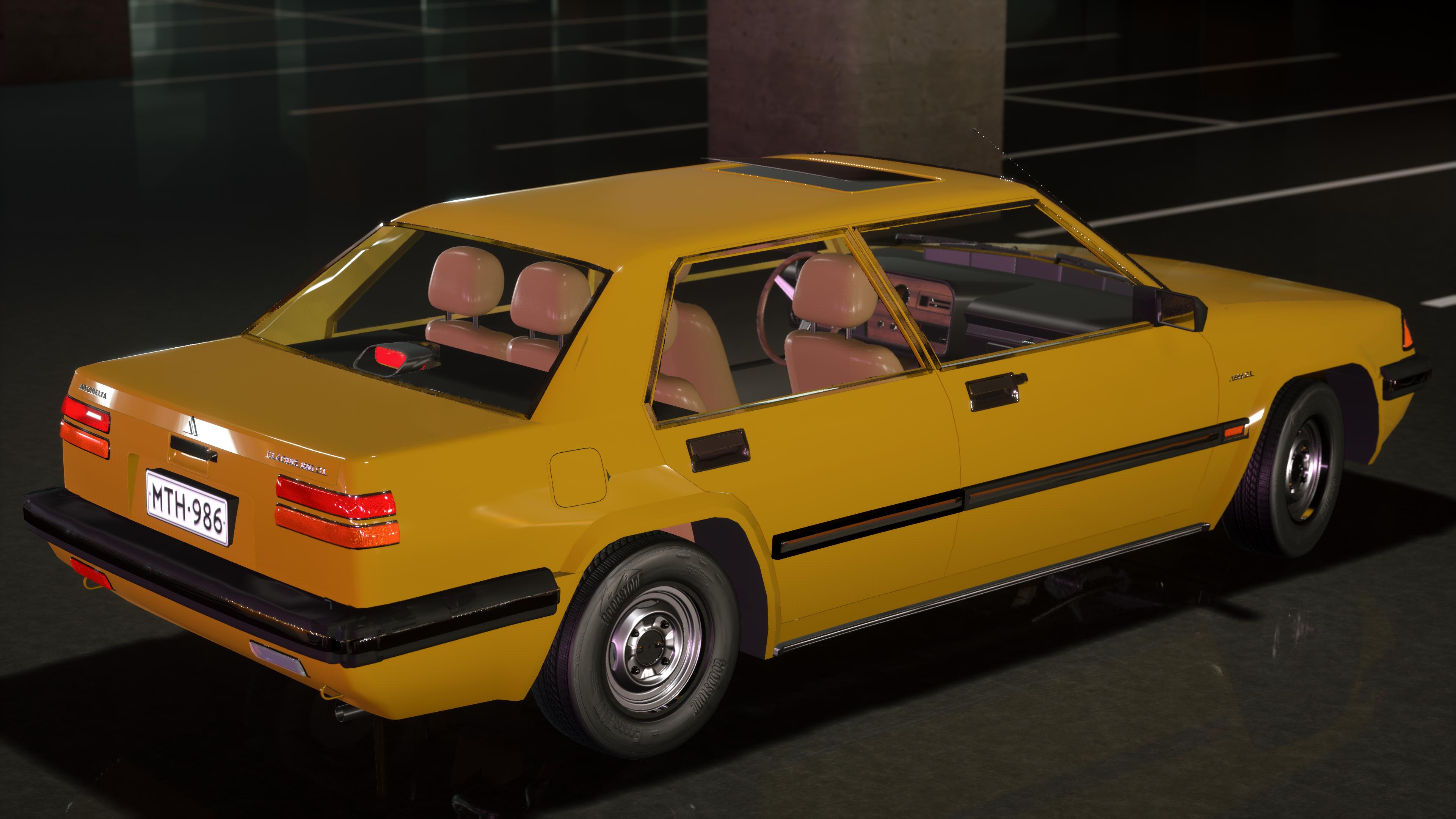 
Autodelta uses names of animals in different languages for their cars. The Autodelta Elaphus is named after the mighty red deer. This car was far ahead of it's time when Autodelta introduced it in 1980. With front wheel drive giving the car much better practicality than most of it's competitors. Customers from cold regions all over the world valued the perfect stability in harsh conditions because of the FWD layout. This layout also offers the Elaphus an increase in cabin size, making the middle seat in the rear actually useful for anyone larger than a kid. The Elaphus is available in many different trims. Starting with a 1600cc four cylinder engine with single barrel dual carbs and a manual gearbox with 4 gears for the 1600 GL (Grand Luxury). The higher spec 1600 GLX (Grand Luxury eXtra) is fitted with Deltatronic mechanical fuel injection on the same 1600cc engine and either a 5 gear manual or 3 gear automatic. The top spec 2000 GLX has a 2000cc four cylinder and electronic fuel injection.

Even though Henry doesn’t have the budget for any of the GLX trims, the 1600 GL already offers a lot for it’s value: The car comes standard with power steering, left and right rear-view mirrors, a third brake light, a rear fog light, a sunroof, 3-point seatbelts on all seats but the middle rear seat, beige velours seats, headrests for every seat, windscreen wipers with interval, headlight wipers, trunk release switch in the interior and a fuel door release switch in the interior.

With all these options the local Autodelta dealer in Helsinki is certain they can provide Henry with a lovely Elaphus 1600 GL. Making sure Henry can safely travel anywhere he wants for years to come. The overdrive on the 4th gear means the car is fuel efficient and comfortable. With the engine doing 2400rpm at a cruising speed of 100km/h.