Welcome to the bin city

Good evening my dear people! Today we are looking at cars that were either breaking the rules, or too questionable to be included in the challenge.

Now, some of my views might be subjective, especially the ones about the cars’ looks, so feel free to pour your salt in this thread, just remember to be include reasons why your car was treated unfairly, or I will simply use the salt to season my french fries.

So, should we get going?

Your engine has failed due to knock! Lower the compression or ignition timing.

This is what automation would say to Henry after putting 91 RON, regular unleaded gasoline in these cars. So to be clear: These cars require 95 RON gasoline to run, which is against the ruleset. (3rd rule in the “More rules” part)

So, say hello to these naughty boys (or gals) that don’t play by rules!

Looks don't matter! The important part is what is inside!

I am sure that might be a thing when searching for a partner, but here it’s a different story… to a point.

These cars were binned for their excessively low-effort, or unproportional looks, but usually not only the looks are involved in the binning, and there were some questionable engineering in some of the cars, like different width tyres front and rear, or corrosion resistant steel all around the car for example. (Corr. Res. steel all around was not a thing in the 80s unless it’s a DeLorean)

I also specifically asked for no cominturismos, but apparently still managed to get a scaled-up cominturismo after all.

So, say hello to…

These cars were binned for various other reasons, which is why I will explain their own reasons one by one

With the Bridgell Tupi i4, made by Marcus_gt500, the problem was the excessive use of negative quality, minmaxing the car to the ~5000$ price point, which is actually quite impressive, but not impressive enough to be kept here in this challenge.

So, here are the cars:

So, 10 cars were binned, and there are still… quite many left, not sure how many as I don’t want to wait for automation to open and count the cars.

I’m done here for now, the round 1 of judging will be posted eventually™

Sigh… You mean that I still didn’t send you the 91 octane version which I thought I did after I found out that I sent the wrong version. Well, I only have myself to blame then I guess…

Well, at least in my end both of them seem to use 95

Oops, my bad - 4sp adv. auto really did push the price $200 over budget (with 5sp manual it would have been $12,500 - $500 under budget). Then again, it would have left Henry with just $500 to spare, and as a car fitted with multi-point EFI at a time when it was relatively new technology, I’m not sure if he could cope with such a new-fangled system. Besides, compared to some of the others, it was no oil painting on the outside either.

Yes I believe you, I only blame myself for my stupid mistake.

The few guys that forgot to PM me your cars

At least you found it impressive. 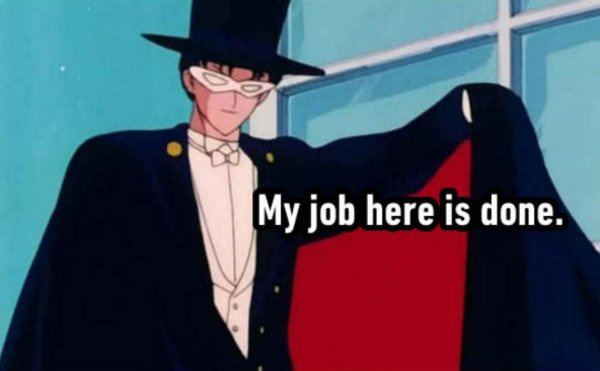 And you make an old lad, hopefull to find a new dad for his wheeled son, cry. Great human being you are. 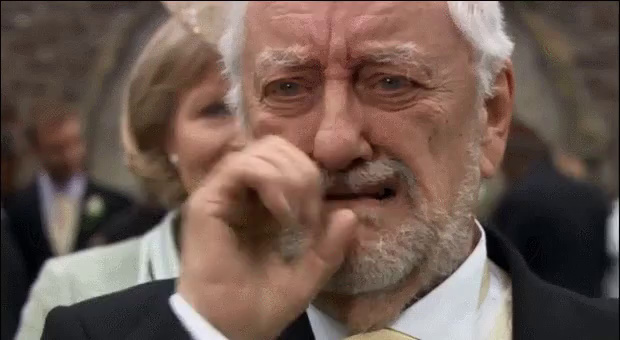 Yes I had that planned from the start. 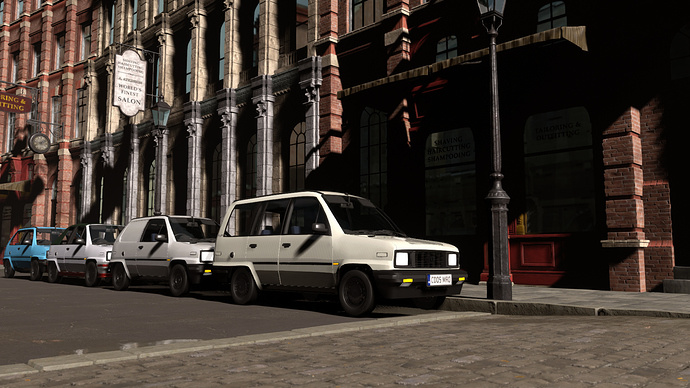 Ah well, one day I’ll make a car that isn’t binned for looks!

I’d buy that for a dollar…

Damn, just looking a bit more. The fixtures on my baby haven’t even settled in and you snapped a photo…
You do my baby no proud.

Actually, you didn’t even send me the .car file at all, so no it is not <3

Welcome to the preliminaries

Henry had gathered his Tekniikan Maailma - magazines he had been saving up for a while now. Now that it is saturday, he decided to drive to a small cafe to read the magazines in peace, so his parents won’t be interrupting him.

He gets himself a cup of coffee, and takes a look at the magazines, some are a few years old, some close to brand new. The chilling november weather breezes inside the cafe every time a new customer walks in, and Henry hopes that his future car will have a decent heater to keep him warm in the winter.

Henry opens the first magazine, it’s a few years old by now, but the cars are surely still for sale.

The AHB Alberto is a rather old model by now in 1982, as the car has not seen any updates since 1979, and the car was originally released in 1976. But that does not mean that the car is bad by any means. The Alberto has independent suspension in both rear- and front wheels, which makes the Alberto a rather enjoyable to drive.

The car handles very nicely, due to it’s light weight and well-tuned suspension, which produces an acceptable amount of body roll. Engine noise is clearly heard inside the car, and we rate the interior noise average for this price class.
The car has proved itself rather reliable, the fuel economy is good. Only complaints we have are about the slightly cramped interior space, lack of boot space, and the brakes’ tendency to fade.

Henry thinks for a moment, looking at the pictures of the little spanish car. Henry thinks that the car seems to be alright, but he isn’t exactly thrilled by it. He sips some of the coffee, looking at the specs, which are decent, but the car is still quite old.
“It’s alright, but i’m not so sure about this… It’s a bit small and it looks quite old too… but I guess test driving it wouldn’t do any harm either” Henry thinks, trying to keep in mind that he is looking for the best car in the long run, not something that will win beauty contests.

AHB Alberto will be included in the finals

Henry turns a few pages, before he finds an another car review, this time it is…

The Zenit has received an update earlier this year, and we finally decided to get our hands one one. Do not let the looks fool you; this car is from 1979, even though the rather dated design suggests early 70s.

The Zenit has not seen major changes since 1979, apart from some cosmetic changes, the 5 speed transmission seems to be the most major change. Still, the new transmission does not help the Zenit’s fuel economy much, as the 21.8 (US)MPG rating is mediocre at best. The car also suffers from some other flaws: The car has a risk of oversteering on a gravel road, and we rate the handling slightly below average. The brakes could also be better.

Despite its flaws, Zenit has a decently powerful engine and it gives a rather comfortable ride because of the more loose suspension and power steering, a rare piece of eqipment in a car of this price range.

Henry looks at the car, thinking. “It’s at least quite big” He thinks, looking at the car. But I’m not so sure about the gas consumption, and the car looks really old too… And what’s up with that huge roof rack? I think I’ll pass.

Zenit 1300 will not be included in the finals

Henry flips the page, finding an another sedan, this time in a rather… eyecathcing green colour.

The 1979 update for the Busker has not brought many new changes, but as we haven’t reviewed the original one either, we decided to have a shot on this. The Bogliq Busker seems to be imitating a much more expensive car at a lower cost, because of the power steering, very quiet engine, fuel injection, and also a large focus on safety.

Fuel economy in the busker is average at 26.7mpg, but we thought that the engine was over all very weak for the size of the engine, especially with fuel injection, and with the power steering pump and 4th gear being an overdrive, the 58 horsepowers inside this car are struggling a bit.

During our test drive we noticed that the rear suspension is rather rough, and the sway bars are rather aggressive. The car also really wants to slide around corners in gravel roads, and for an average driver the handling might be quite a sporty surprise.

“Why would anyone get this car in that colour, that looks awful” Henry thinks, looking at the bright green car, taking a sip of his coffee. “And I don’t think I like the looks in general either… I don’t know if I want to use 12600$ on this thing… Especially if the handling is like that” Henry thinks, closing the magazine and taking out a more recent one.

Bogliq Busker 518B will not be included in the finals

Upon inspecting the magazine, Henry notices an ad for what it seems like a hot hatch of some sort, and decides to inspect the ad more closely. 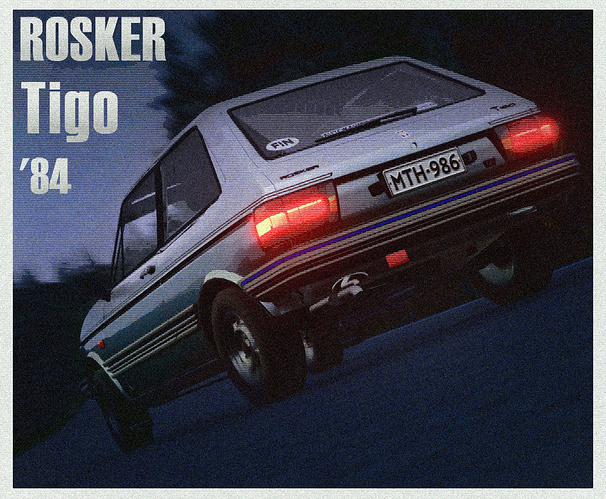 Henry looks at the ad, looking at the specifications written in small text in the lower corner of the advert, interested about this sporty little hatch.

“This looks really promising, it’s super economical, and it looks so good too! I remember seeing this in a car show too, and they really praised the handling and the comfort of this thing… I’ll definitely be taking a look” Henry thinks, visibly smiling a bit while looking at the car.

Rosker Tigo 1.5 GE will be included in the finals

The Nira Azimuth is definitely one of the largest cars in this price range, and over all it is extremely competetive against the hatchbacks and small sedans with similar pricing.

Nira Azimuth, despite it’s larger size, is still very economical, without even using fuel injection, but it shows in the performance, as the Azimuth only has around 58 horsepower, and with the power steering pump, the car definitely is not fast.

Despite the lifeless engine, we experienced that the Azimuth is a great commuter car for an affordable price, as it was very comfortable to drive, the handling was effortless and extremely stable and predictable.The 5-speed gearbox is also a quite nice bonus.

Nira Azimuth will be included in the finals

“Wow, this looks really good” Henry thinks, looking at the large car, definitely an upgrade over the small cars he has seen so far. “I am so going to test drive this” Henry thinks, shivering a bit as a customer walks in, and the cold wind pushes inside through the open door. The gust flips the pages on Henrys magazine, and now in front of him is a car ad of a very small car…

The small car that can, and for a tiny price!

Henry reads the ad, scoffing at the tacky ad text, before finding the specs written in small text below the car. The fuel economy is apparently really bad, even if the car weighs nothing, and the engine is tiny too… And overall, the car seems to be a big “meh”, and it looks really cramped inside as well.

“I’ll pass” Henry thinks, finishing his coffee and taking the magazines, thinking that he has spent enough time looking at cars today.

Alright, so here was round 1, it took me like 2 hours to write this, and my wrists ache now. I hope you are happy.

My prelim’s still not out yet…

You naughty naughty, you teasing meee!