I should have mentioned. I found the 335 rear limitation on that body ludicrous. So I altered the bones file, and informed vmo, who then said he’d reupload the new settings onto the workshop file. But I suspect he hasn’t.

So yeah, this is technically an altered .Lua car, sorry

EDIT: will post the altered values of the bones when I get home.

So yeah, this is technically an altered .Lua car, sorry 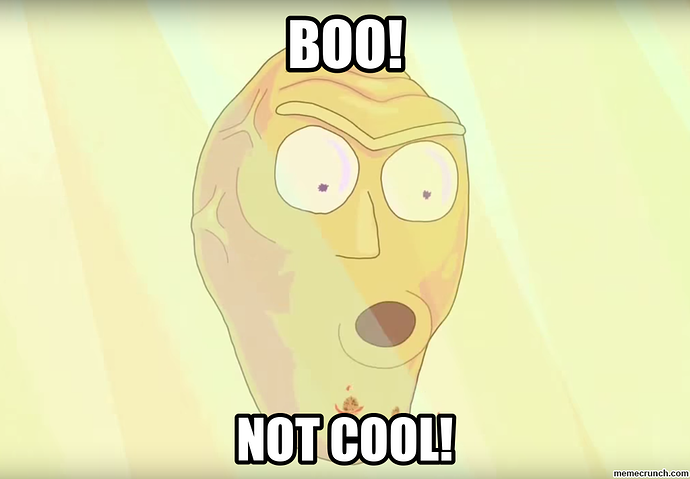 you gotta admit, the body dimensions are pretty arbitrary right… Just saying, why a body like this doesn’t fit much wider tyres…

Yes please, just so I can break the land speed record and say fuck you to the Devel 16

EDIT: eh, you know what, there’s not a huge difference in using 295/395 versus 265/335. It’s like 3 seconds around Green Hell, which I don’t care that much about. The handling’s almost the same. The fuel consumption is significantly improved. It’s like… balance is more important than sheer brute force

Here’s the stats from the non-cheat version:

And here is the cheat version:

And here are the GH times (the green times are the cheat version):

So yeah it’s a touch slower but probably a hell of a lot easier to handle, cheaper to run… all these vital and important things to the ultra rich oil baron hypercar collector…

So yeah it’s a touch slower

So… After all the trouble you went to extracting the best lap time from that beast, including editing the .lua files, it ended up being just three seconds faster around the Green Hell. However, with the unedited body, it was actually 0.4 km/h faster at the top end. Nevertheless, you seem to have confirmed my suspicion that editing the .lua files on Jormungandr would not have made too much of a difference in terms of overall performance. And I can see why Gryphon Gear bought out the remains of Soltra - the knowledge earned from the takeover would have been invaluable in developing future products.

Actually, not quite. I decided to go for the best cornering g stats, which is actually not the way to get the best lap time, for reasons beyond most everybody’s comprehension!

There’s no actually telling what the real best lap times would be, but since this is a 6:30 around Green Hell car I wasn’t exactly about to split hairs. In previous balances of the game, the difference between 335 and 395 rears was actually pretty big, but this is the first time I retested that in several months. 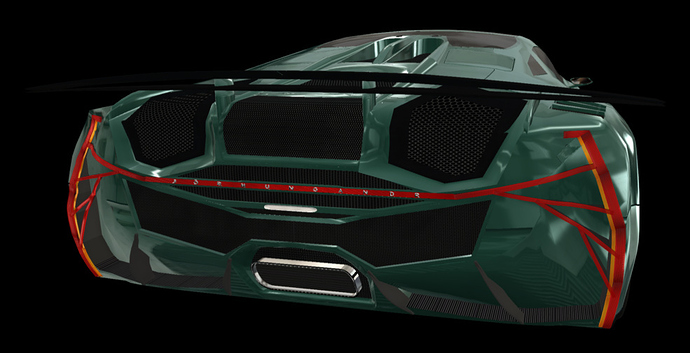 Suffice to say, with over 2100bhp on tap, I also expect to need to break the world record for biggest fart cannon on a ‘stock’ production car, since even 8" diameter dual pipes won’t cut it…

EDIT2: not convinced by trying to do a Furai homage on something this wide and fussy. How about… this instead?

This is more a very aggressive take on the styling cues afforded by the likes of the Chiron and the Valkyrie, except… more.

I don’t dare move the letters yet. They take insane patience and I’ve discovered if you alter the file too much the game drowns in trying to parse the syntax and can’t load the car anymore

EDIT3: Now I’m getting closer. Big fat block of lights actually has more drama and oomph to it. Though I don’t like the turn signal placement so that’ll probably go. And maybe it’s a bit too much of a block.

Hey guys, so I’ve reached maximum DGAF mode with my part 2 exams, therefore, now would be a perfect time to come to grips with designing my old cars in UE4, right? But wait!

how about you go away I know what I’m doing

A Throwback to several years ago (let’s say 2013) a.k.a. the conception of Mephisto

Within the warehouse, the words “too much” were strictly forbidden. Having committed to going full madness and proving they could do it in the form of the 7L V12 tuned to 1000hp crammed into the carbon box they named Nightfury, Dan set about resetting everybody’s perspectives with the singular goal of unlocking their full potential. This involved a lot of dramatic arguments, tearing up papers, slamming books on tables, and endless repetitions of “don’t just think outside the box, destroy the fucking box!” It was equal parts infuriating and terrifying. Dan may have been a pint-sized woman, but there’s something to the wisdom that the smallest mouse roars the mightiest.

Whether it was deliberate psychological tactics, or just plain abusive management, it worked. Inside Strop, something snapped. Suddenly he was producing reams of the most outlandish shit he could think of. Giant swoopy curves and flared arches not seen since the 50s. Jet turbine inlets. Jagged widebody kits too wild for even the Fast and Furious ricer set. He drew with wild, reckless abandon, blazing with the fury of somebody who had run out of fucks to give.

At the end of a long day which had passed by in a blur of zero toilet or food breaks, Strop awoke from his artistic delirium to find Dan in his office, peering at his tablet screen. This was a side of Dan he’d never seen before, quiet, contemplative, gazing in silent wonder.

Finally she proclaimed: “Holy fuck. There’s more testosterone in this than the 300 of Sparta.”

Strop blinked. “Too much?”

“Fuck no.” Dan slapped Strop on the shoulder. “I fucking love it. I just hope we can get enough donk to match the looks.”

Without hesitation, Strop demanded: “I want a V16. It’s gotta make two thousand horsepower. And it’s going to be the fastest production car on the planet.”

But anyway, it really looks amazing. And knowing Gryphon Gear it will probably go as amazing as it looks

Fastest production car on the planet based on 2013 real life cars, that is! This is a rehash of the Mephisto which I originally created in 2014 much earlier on this thread. Now that v16s are here I can finally make it almost like it was intended.

In real numbers it definitely has over 2000hp but also quite a bit of downforce, so top speed is 438+km/h, i.e. it’s designed to outrun a Veyron SS.

Jesus fuck the Mephisto is absolutely mental. I expected nothing less from Gryphon.

I think all in all, if we can continue to inspire each other that can only be a good thing! After considerable thought, the staff at Gryphon Gear decided that the excitement of the Mephisto was simply too much not to prepare a ready-for-production proof-of-concept. After all, I think it’s worth reiterating that while there are people around here who build >2000hp engines, and there are people around here who build great sports cars, the number of people who would put a >2000hp engine in a spor…

But it’s a start.

@Tsundere-kun as you may know some people are testing out the new Beam x Automation exporter as it is nearly ready to be released to public. One of the testers picked up a version of this car and surprisingly apart from being ridiculously fast it’s also not that hard to control (>50 drivability in this version… the previous iterations had anywhere between 10-20 haha). As always intended it’s AWD, which helps. The hardest part is resisting the temptation to mash the gas and end up wrapped around the nearest tree.

Wait, so you’re telling me modded bodies AND fixtures work in the Beam exporter?

Wait, so you’re telling me modded bodies AND fixtures work in the Beam exporter?

Remember Jormungandr? It’s the 2018 car I started working on last year that’s designed to do 500km/h no bullshit, but still has the handling of a proper hypercar.

Well, here’s the beginnings of a UE4 update:

Still very much a work in progress.

Really I just wanted to show you the design ideas because I’m confident that some of the techniques are in uncharted territory.

The aim is to also make it drivable in Beam, though of course what with the front wheel shaking issue and this version having 2500hp, that may be a bit of an approximation…

Maybe it’ll eventually be finished but I estimate there’s still a good 20+ hours worth of agonising and tuning to be done.

p.s. here’s the desired outcome, and the only +15 slider I used was on aero, of course.

main problem I have is with the wobbly wheels which makes anything north of 450km/h extremely sketchy. The downforce is actually finely balanced and the car’s actually quite stable at almost any speed if not for that. This is a big thicc boi at about 1850kg though, so it doesn’t have quite the same nimbleness as my usual offerings. I also managed to tweak the ESC so you can really yank it around and it’s almost impossible to spin out, but that’s not going to stop you from vastly overestimating the corner speeds and dying in a fire.