I don’t normally post every single little design iteration, but I think I’m onto something here…

Anyway I’ll try and get some real progress done before I spam the thread again.

EDIT: or is this better

All look great and I can’t see a difference

No, the quadruple chrome exhausts coming out of the top of the rear are fantastic!

About 16 hours of work later…

I’m a bit annoyed because none of the exhausts available right now quite fit what I’m looking for. That said, the fixture must be an exhaust because I use the quirks of stamping to alter the angle (see how they slant upwards). A vent will follow the contour of the body and will actually detract from the ducktail look I’m going for here. So at this stage I think I’ll go for this rectangular triple setup.

I also got rid of the corrugation on the roofline because I don’t think it would help aerodynamics.

Now to agonise over the front end for about 6 hours, which I’ve been largely ignoring until now…

Right. Finally. Took me too long. As a result instead of waxing lyrical I’m going to enter no bullshit mode and just let the car mostly speak for itself.

In 2015, Gryphon Gear had enough confidence to declare that they were working on a road legal car capable of 500km/h. That was shortly after they managed to wring out 2hp to the kilo, in the prototype known as Mercury.

After several delays, Mercury went on to eventually be built in 2017, but it was a hot mess. 500km/h was possible but only with an engine-wrecking “overboost” and “DRS” (a.k.a. letting the engine overheat) function. The car was technically road legal but almost undrivable for most practical purposes, even with the bevy of computerised aids designed to keep it in check.

Naturally Strop felt there was unfinished business. So this is the next attempt.

500km/h. No bullshit. Reliable when maxing it out. Great cornering. In 2018, that’s what’s required to bear the Gryphon Gear badge. Which this one does. Loudly.

The body is specially designed with advanced aerodynamic techniques, which is the kind of shit I say a lot about GG cars but it looks cool.

A better lit angle of the special aero kit. doesn’t take a genius to figure out this was somewhat influenced by the Valkyrie except if you actually cut away the side with an empty fixture it looks like ass

If you look closely you can appreciate it has front aero flaps as well as rear.

The main design feature would be the elongated ducktail. All I’ll say is that it was an utter bitch to make it work, but so worth it.

Where are the mirrors? There are none. They ruin air flow. So we used cameras instead.

Other things to note:

The engine weighs 550kg. It’s AWD. Not surprisingly it’s a thicc boye. This makes Strop sad, but if you want a car that does 500km/h no sweat with all the wheels driven you kind of need a lot of hardware. Also check out that surprisingly reasonable fuel consumption though if you cane it at 500km/h you’ll burn through 60L in about 3 minutes, at least according to Beam.

Yeah I’m sure you can get much faster than this. But this isn’t a +15 tech spam car. It’s also using +2 semi-slicks. Maybe I’ll make a +15 race spec version of this and see what it can really do huh?

Finally, where’s the fuel cap? Uh, shit. I’ll get back to you on that.

Also, just in time for the EOTY awards woo

Finally, where’s the fuel cap? Uh, shit. I’ll get back to you on that.

It’s obviously hidden behind this

Further to my previous post I 15+ tech spammed everything and made a 3500hp race car version with massive aero. the result?

The rear body literally shook itself to bits. RIP.

Guess the body doesn’t like it after all. And furthermore it just doesn’t corner very well. Something about abnormally low suspension travel making it very hard to tune. I could barely get it to do 2g at speed. This, compared to the LMP body which, while heavy, I could coax 4.7g at 270km/h, or the McLaren body that Zach’s A1GP used which I could squeeze out 5g at 304km/h…

I actually don’t mind losing everything and having to start over. It gives me a chance to refine upon old ideas.

Furthermore, I managed to pick up every virus that my colleagues passed on while traversing the hospital (you should see my swab results), so I’ve been home sick, trying to recover before I disappear for a few weeks. So I ended up procrastinating and spending far too much time on a remake of Lilith, which in the old Kee guise was actually pretty ugly. God, what was I thinking. well for every one good idea I have to throw out a thousand bad ones

Either way as you can see that was one of the earlier examples of my attempting to force fixtures to wrap around edges with varying results. Some of the new fixtures in 4.21 really lend themselves well to this task and so it was that I discovered that with the new and improved 'egg body I could use some of the tricks from my playbook.

Here is an extremely unfinished WIP (in that I still have to do the sides and the top and I don’t know how):

As you can see I kept a couple of the original principles, but seeing an opportunity to do… other things elsewhere I dispensed with the rest.

I don’t expect anybody to remember what I was attempting over 2 years ago, but there was a period of time where I was debating between two concepts: one was called Lilith and the other Ouroboros. The Lilith design won but was using a much older less aerodynamic body, which is now rectified. The other thing I was trying to decide was what kind of car it should be. It was invariably going to be mid-engined and 2 seater. One was AWD and had 1000hp, and the other RWD only and had whatever power I could cram into it while keeping it economical. Even the engine was not decided: V8? V10? V12?

Right now I’ve settled on this short wheelbase (2.3m) body and so it makes most sense for me to use a V8. Flatplane. Revs to 10k and sounds marvellous (a V10 might have sounded even better but would have been excessive). 4.4L, 810hp. Built in 2017, this is supposed to be on the level of a Mclaren 720S so it’s carbon tub with a composite skin (by which I mean I picked aluminium), so in Automation it weighs about 1290kg. If I used CF panels it would have been a) even more expensive b) under 1200kg which at this power level was actually too light to be pleasant to drive in Beam (wheel shudder galore). With semi-slicks, the right balance and a brave “loud pedal” foot, it’s actually possible to match Automation’s suggested GETD time with the driving aids off, which I wasn’t expecting because of excessive drag on Automation exports and a lack of active wings which tends to stuff up the high-powered cars.

I was intending also to speak to the devs about the funky TCS (I’m out of the loop and don’t even know if this has been addressed). Actually once I’m finally done with the design of this thing I wanted to do the following:

Then I’d be able to make a demo video and actually share it. But not before I finish my other test project.

did you just say MacLaren

edit: just in case I run out of time since I now have <24 hours until I’m due to be at the airport and then I won’t be able to play Automation for 3 weeks… work progresses slowly, but steadily. I’m more or less at the completed stage of a second draft minus several details on the roof, sides, and front headlights.

The original headlight shape was mostly derived from the former design in Kee but this layout was the result of some brainstorming with @Lava_Cake. It still needs the actual headlights and also some indicators, which in modern cars would often be in the place of the DRLs I suppose… but these are only visible from the front so that means I would also need side indicators and that seems like a PITA…

Also I had to make the double splitter smaller. Every time I hit a bump in Beam it would fall off lol. And by bump I mean “fly about 100m off the crest at Trial Mountain”

Glow in the dark lettering! 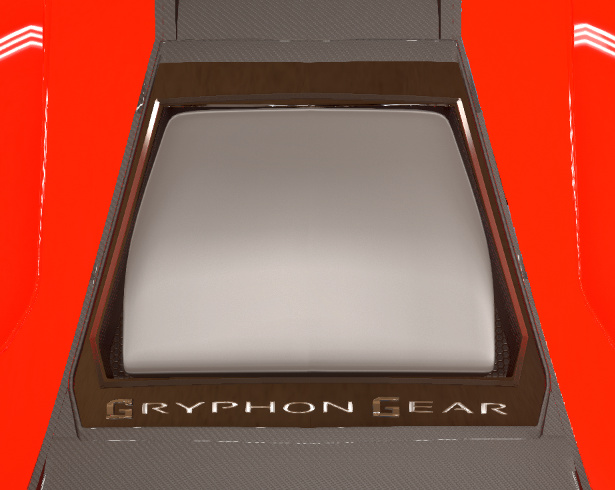 it was pointed out to me that the Gs are squarish and the rest of the letters are round. They are correct. I’d prefer to have font consistency but that would involve a lot of swearing at the game as using fixtures that small makes for a lot of grabbing and stamping problems.

They are very unique and interesting looking cars. And much S U C C

With a cooling requirement of 601.9 err… kJ/s? it sure as hell needs a lotta succ.

This reminds me back in the days of early Kee, when the engine cooling requirements were calculated rather higher than they are now and the aero was calculated differently… and the amount of cooling a car had was dictated first by the fixtures it had. It explains a lot about why I plastered so many huge vents all over my car back in the day

back to the drawing board fml

right, now this time with some help from @Rk38 I think I’ve gotten to a happier place. Now with HD photos

And on that note I gotta sleep so I can fly!

While I was gone a lot of updates happened. Consequentially my beautiful striking??? hypercar got absolutely wrecked.

I’ve just finished replacing all of the masking fixtures, of which there were at least a hundred. Now hopefully it’s a bit more streamlined.

I’ve also done the .jbeam editing that has bestowed upon the car DSG farts and backfire with crackle and pops so now it sounds properly good. I just need to finalise the ESC and TCS and then I’ll probably release the Beam mod file along with a more proper presentation probably… end of June at this rate!

I wanna test it!