The new 2001 Cissa CE-5. The Economical coupe in GXI Form comes with the new Power400 BASE Model inline 4 with 80HP. Not sporty in any way. It’s just a basic commuter.

Facelifted for 2001, the Pemhall Ascot features an improved version of the 1.6L providing better power and fuel economy, along with updated interior and updated styling

It’s a shame there were no mid-engine cars for cheap nowadays… until now!

Sporting a lively but economic 1.4L Turbo Inline 4, it'll consume no more than 44 (combined) miles per gallon! You might be thinking "Well, such little consumption must mean it's slow as a snail, right?", but you would be wrong! Because despite its engine is a sipper, it still develops 112 horsepower, which while it may not look like much, is still enough to take its lightweight body from nought to 60 in 9.5 seconds and to a top speed of 122 MPH.

Heads up v4 I don’t have a pm with the .car file from you, make sure it’s in by the deadline!

Submissions closed. Expect results to start coming in after work for me today.

Powerful, Economical, and Fun. What more could you want from a car?

Hi all, I first want to thank everyone who entered this competition. Looking at the posts I had a no idea of who would place where. After reviewing all the stats of the cars and checking them out visually I thought I had a good idea, but after driving all the cars enough to get acclimated to them everything had been completely changed. I still have a lot to learn, but assuming you guys don’t run me out of town there will be another issue of AutoBeam magazine in the near future, as I’ve had a lot of fun running this and have so far learned quite a lot about running a challenge here on the forums.

So without any further ado… 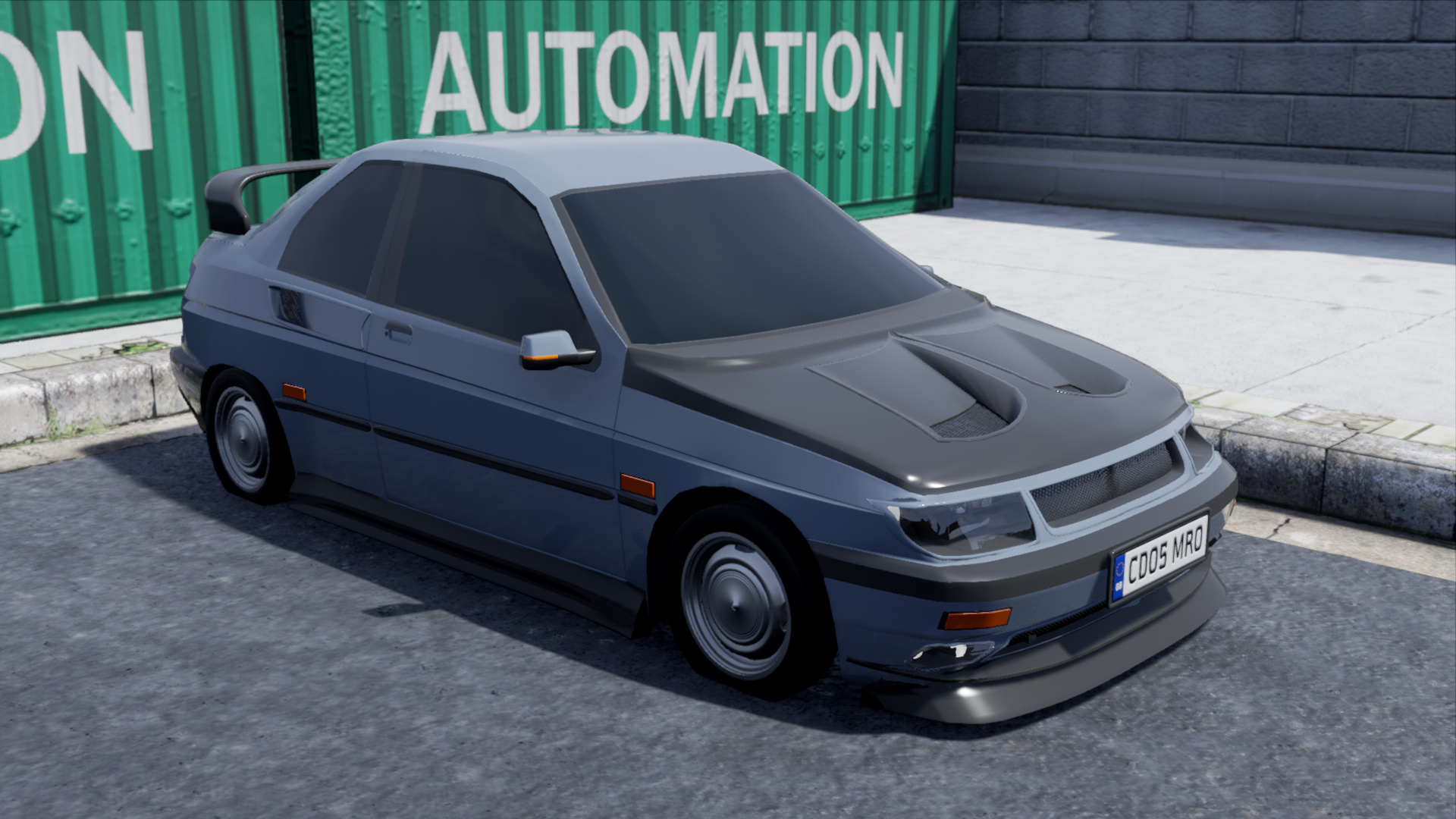 The KGB looked to be an interesting car, unfortunately we were not able to get our hands on a press model to try out for this issue. (Did not receive .car file - could not review)

(Note: This car was submitted with its advertisement in my PMs, not below https://i.imgur.com/Rj3AyJW.png) 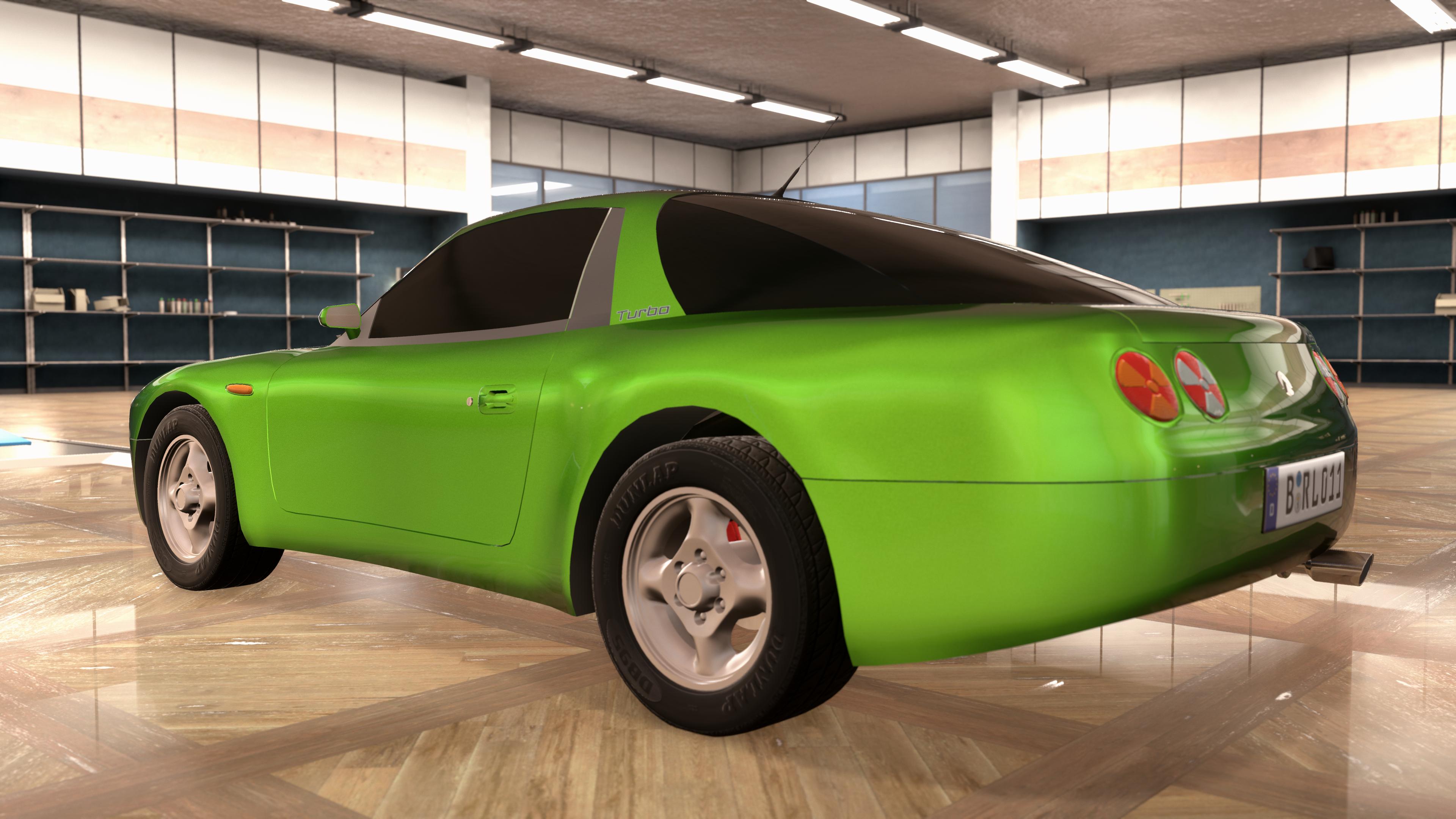 The Valliance City was a bit of a letdown for the crew here at AutoBeam. Decently quick however poor gearing with a torque curve resembling a mountain range leads to high amounts of clutch slip which makes hill starts a serious chore. Pair that with decent but uninspired handling and rather esoteric design with little detail and we’ll have to pass this year’s model up. 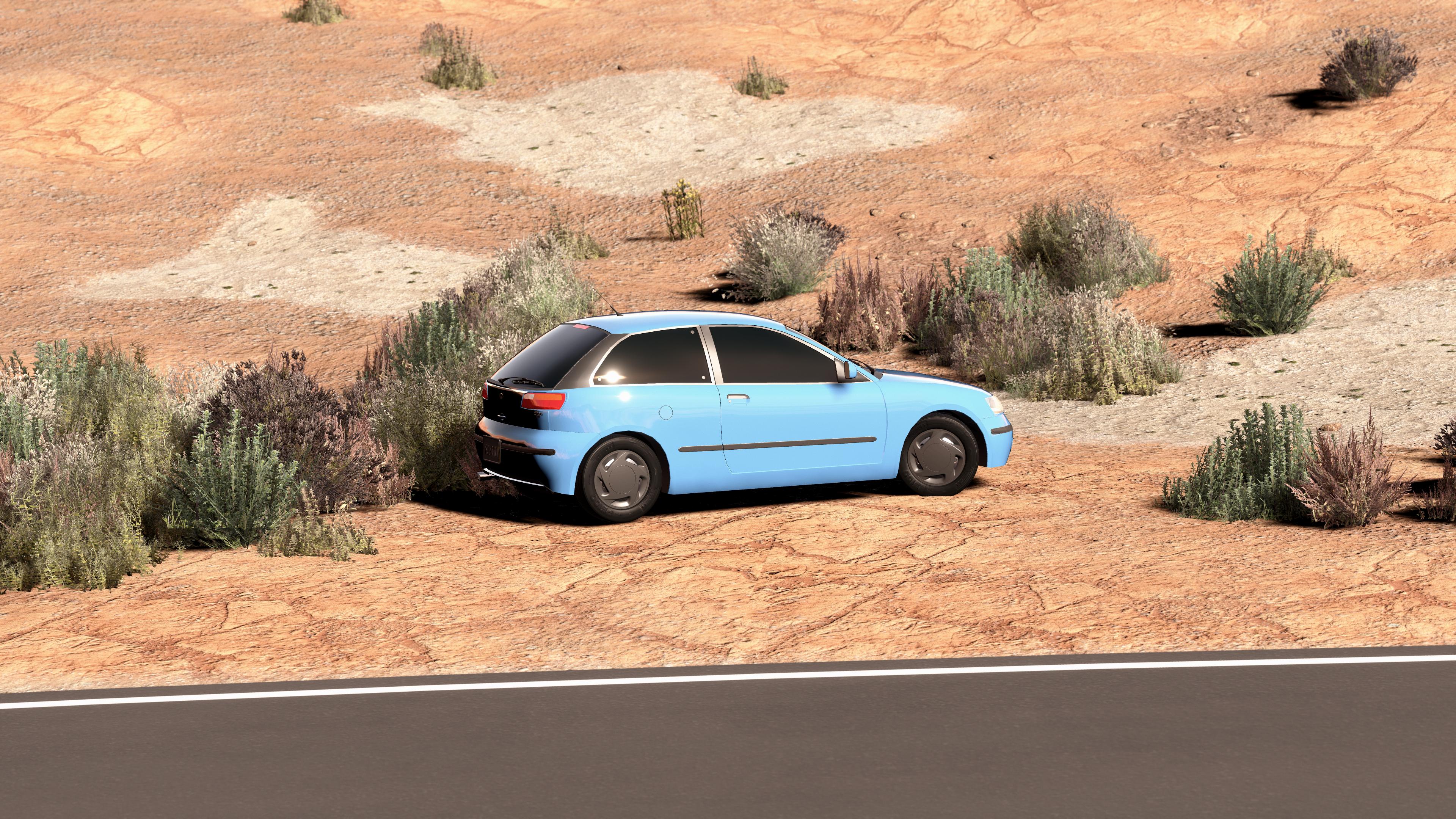 The Sitsu is an absolutely fine car which has all the basics and amazing fuel economy. However that’s about it, heavy understeer makes driving at the limits an arduous task. We can however recommend it to anyone looking for a decent looking hypermile commuter. 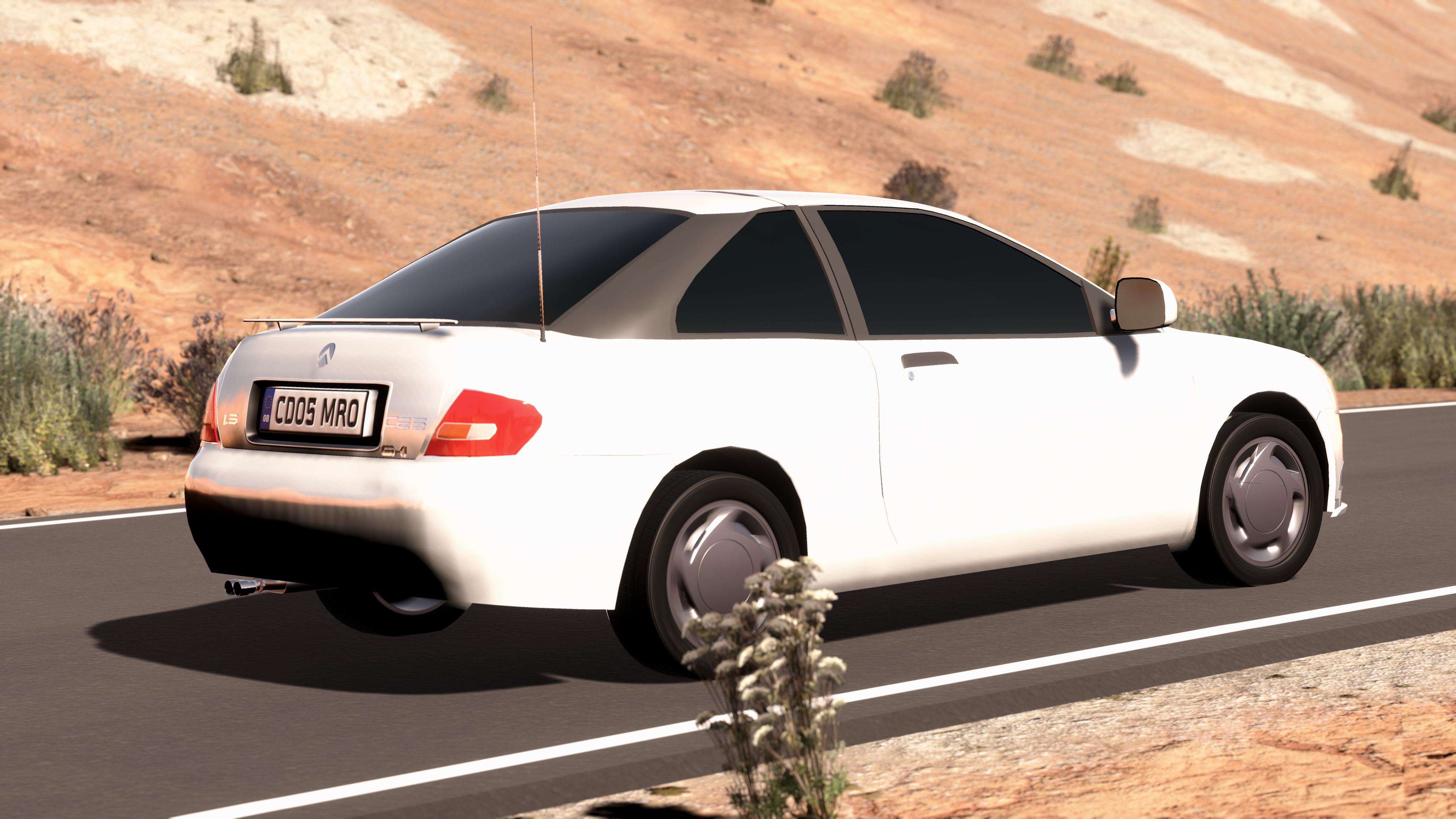 Questionable styling choices punctuate an otherwise well rounded commuter coupe, about average power and economy for the class and handling that inspires confidence with safe understeer. 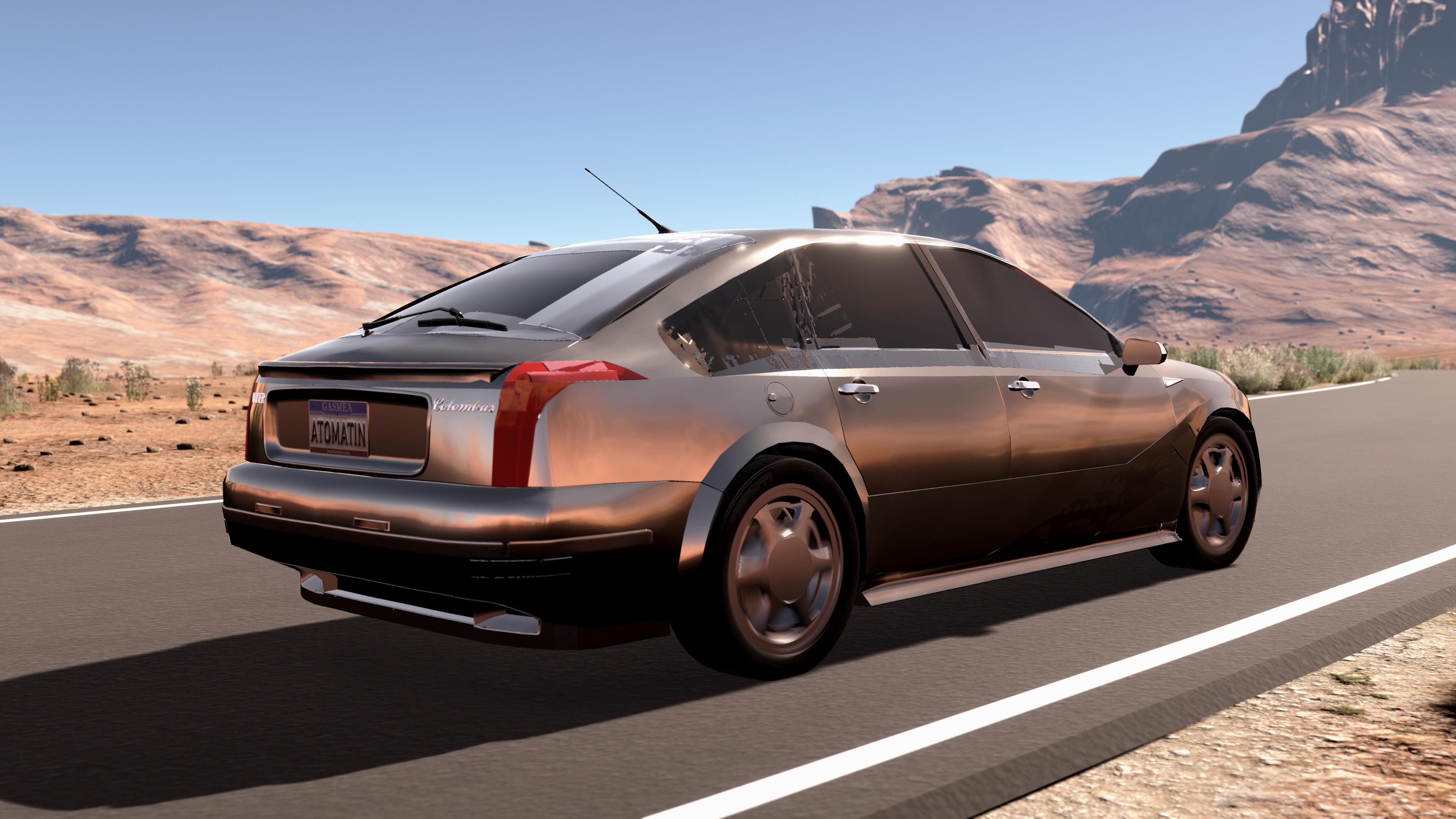 The Columbus is a wonderfully designed concept, unfortunately at the time of writing this issue it is only a concept. Very nice gas mileage, and decent handling characteristics surprising for the medium compound tires given. The exterior fit and finish however leaves a lot to be desired, and thus we can’t keep this too high up on our list this time, that being said it’s on our radar for upcoming years! 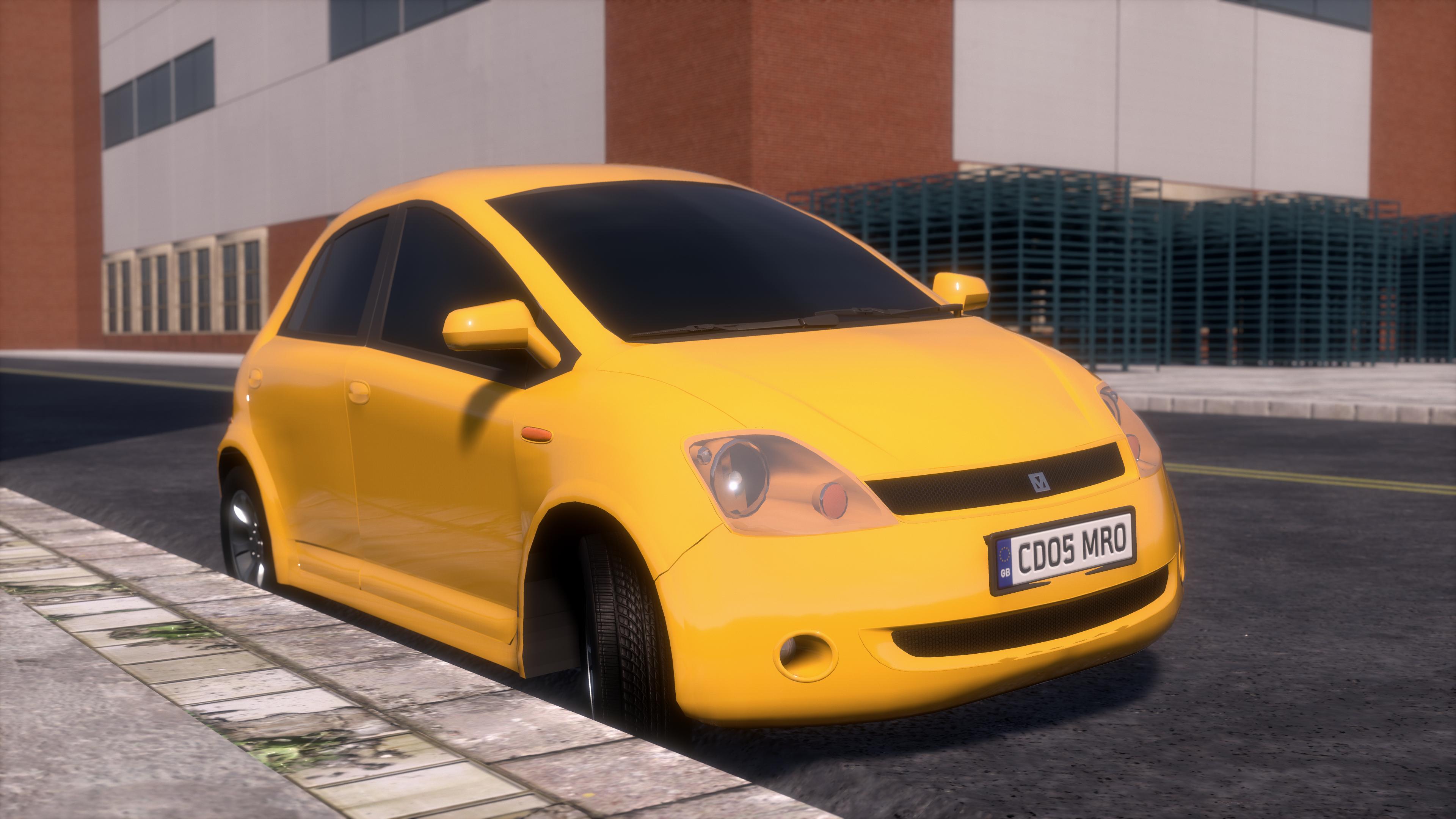 Sporting a 99.4 inch wheelbase it’s larger than some competitors giving it the advantage of comfortably fitting four adults. The 101bhp engine sends the unassuming car around corners at a fairly peppy pace and predictable understeer makes driving at the limit feel safe. All traits that make for a great all-rounder, but not quite in the list for our editor’s choice. 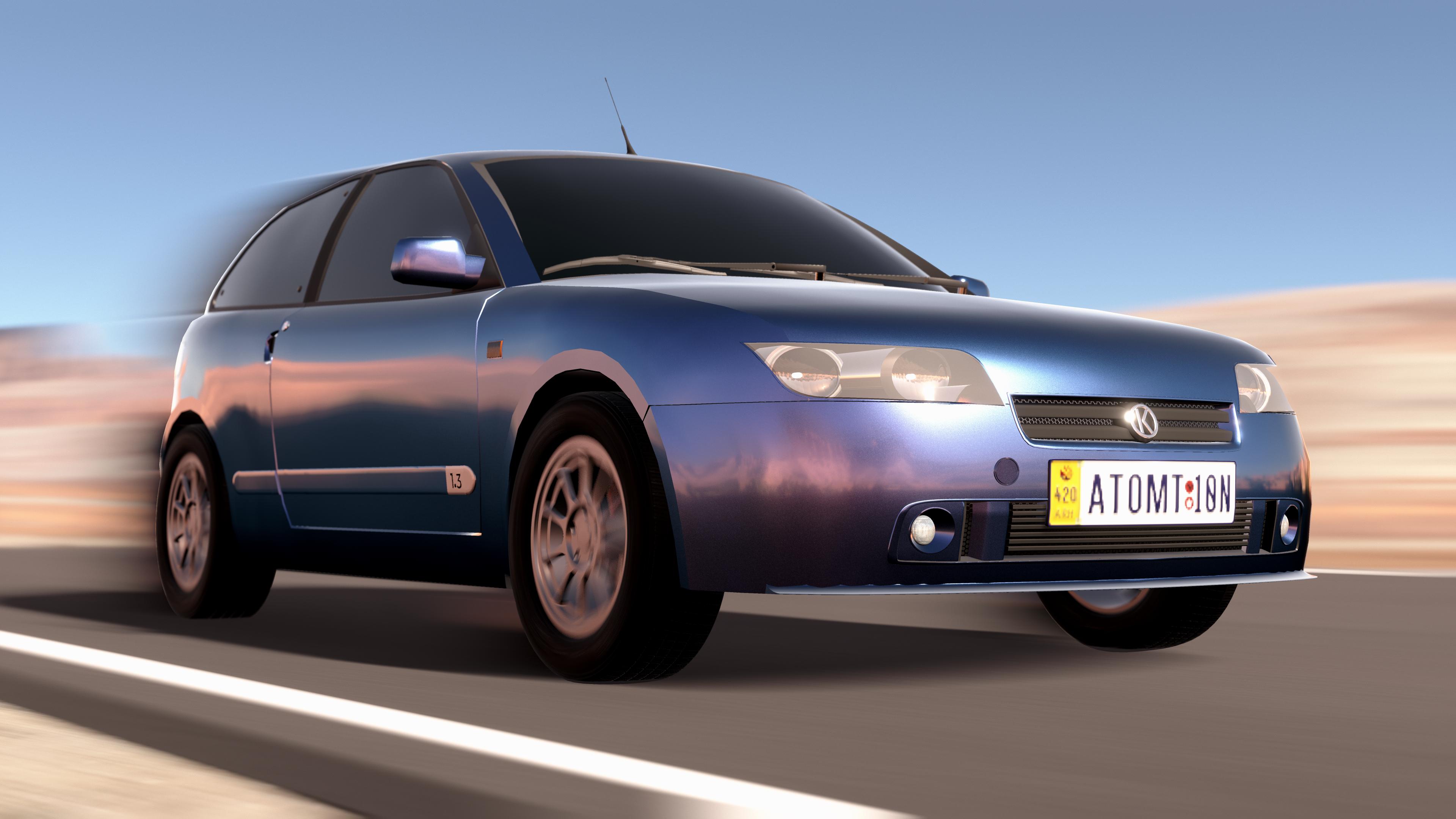 A compact 2-door hatch with good styling and comfort. Providing a very stable platform, which is something to be expected with only 63bhp, the comparatively low mileage to similar models with twice the horsepower leaves a lot to be desired. 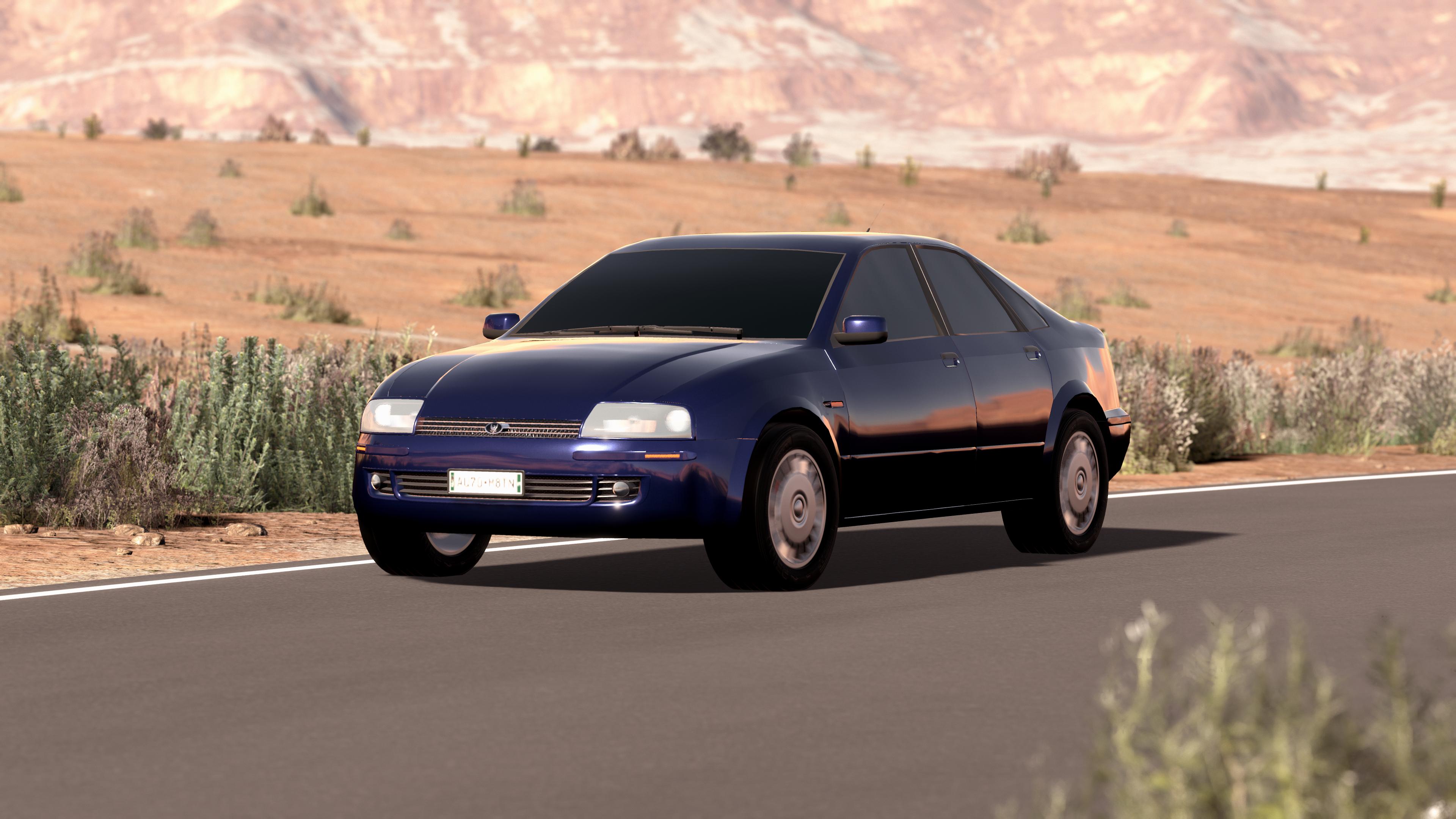 Good, understated styling, paired with very good handling. The Fazant’s 2.0L naturally-aspirated engine manages to make 169 horsepower and 131 lb-ft of torque all the way up at 7500 out of its lengthy 8000RPM redline, all while managing to get a class-average 26 miles to the gallon. 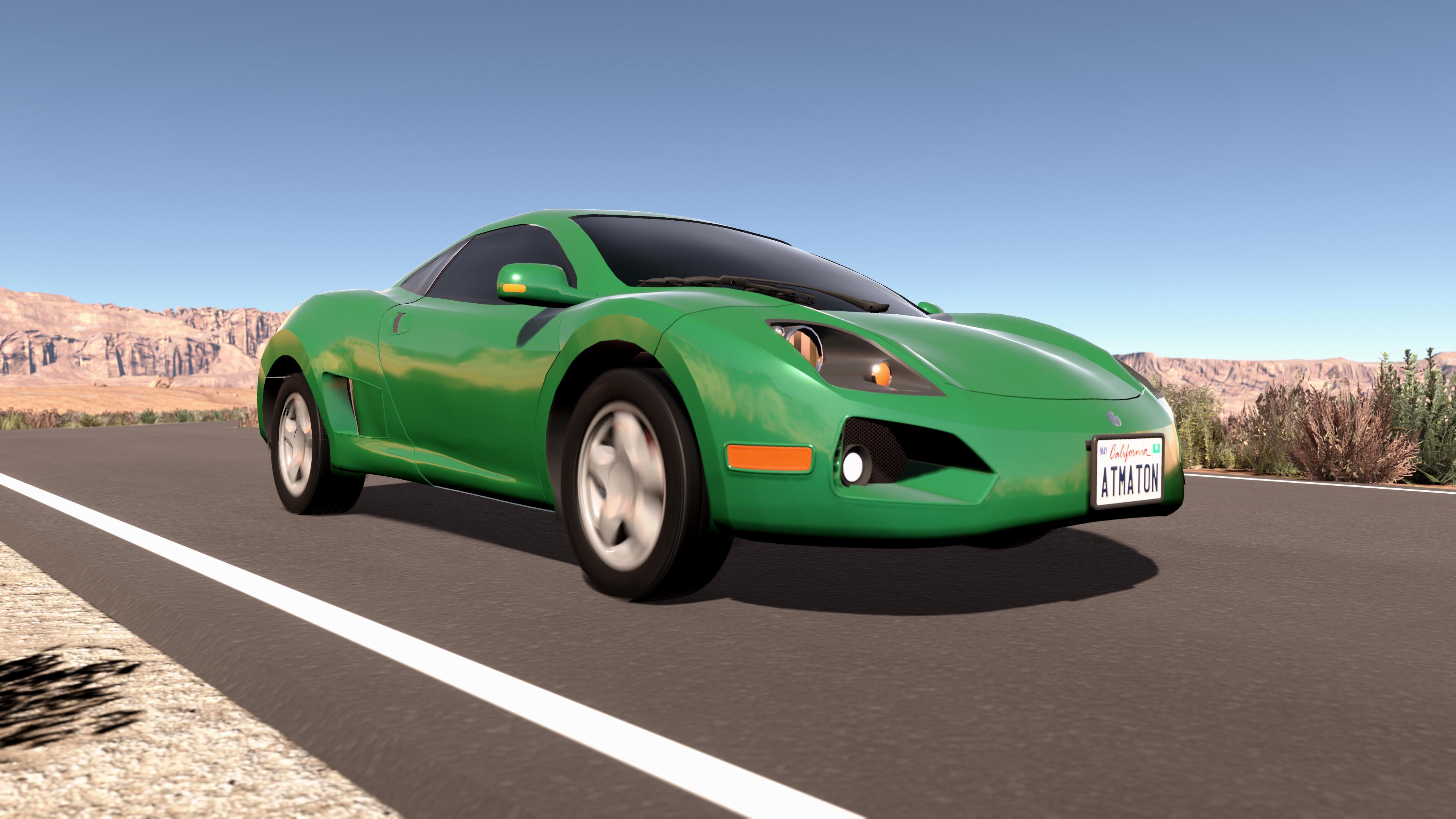 A surprising entry for us, a direct competitor to the MR2, the S42 is a midship RWD focused on economy. Very good handling characteristics as you would expect from the MR design, the high-revving turbocharged 1.4L inline 4 sings to redline making a comparably low 112 horsepower, but a healthy 44 miles to the gallon displaces the lack of power making the car a great choice if you don’t have to haul a lot of stuff around. 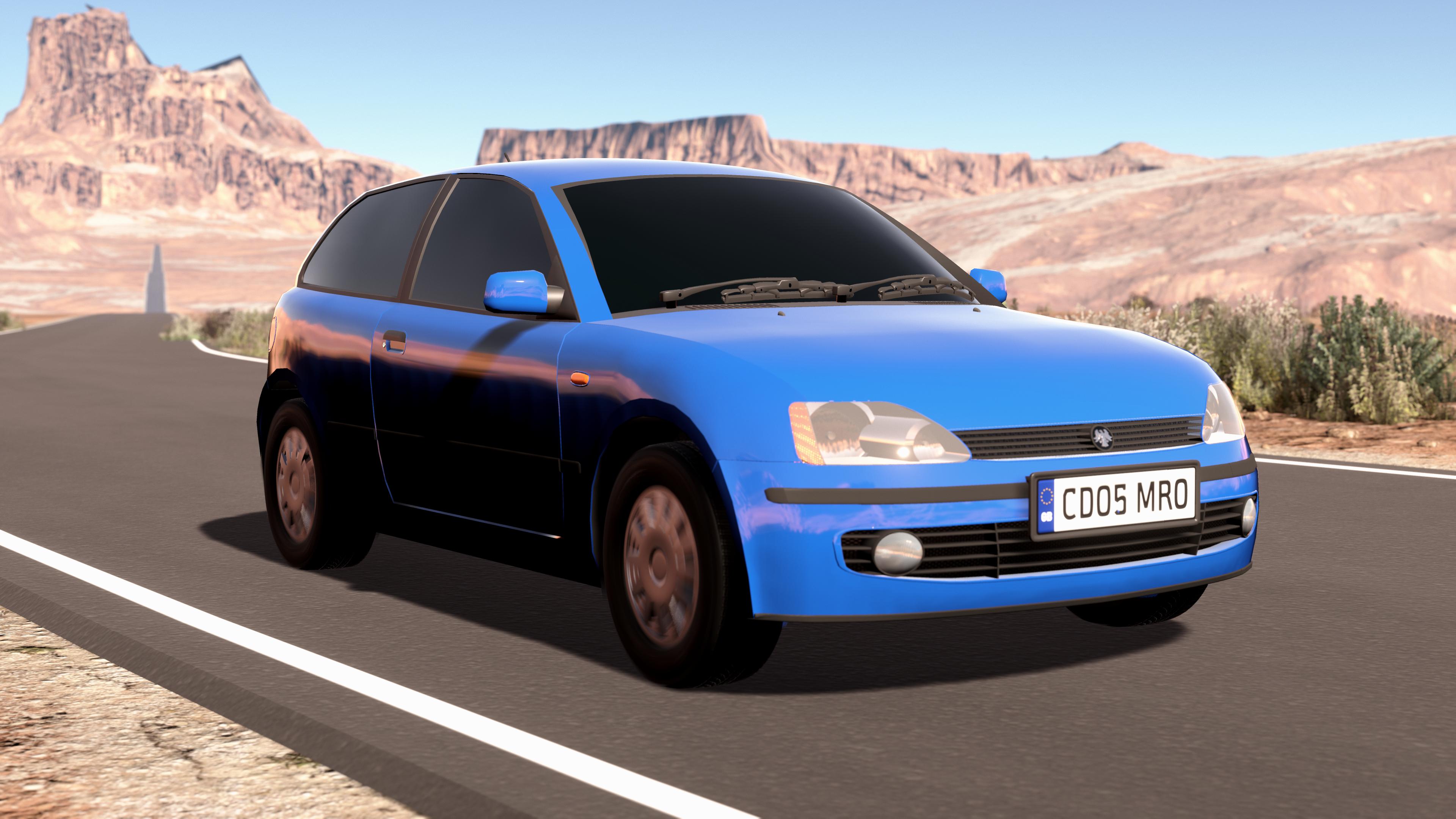 Few cars in this price range manage a trifecta of style, performance, and efficiency, this year’s facelift of the Ascot delivers on all three very well. Safe understeer at speed, very easy to handle and drive at the limit, paired with the 5-speed manual transmission it boasts an impressive 34 miles per gallon from the naturally-aspirated 1.6L powertrain. An absolute joy to drive, if your budget is limited you should look no fartther.

(Note: This car was submitted without an advertisement before the deadline, it was a valid entry https://i.imgur.com/u4nckO4.png) 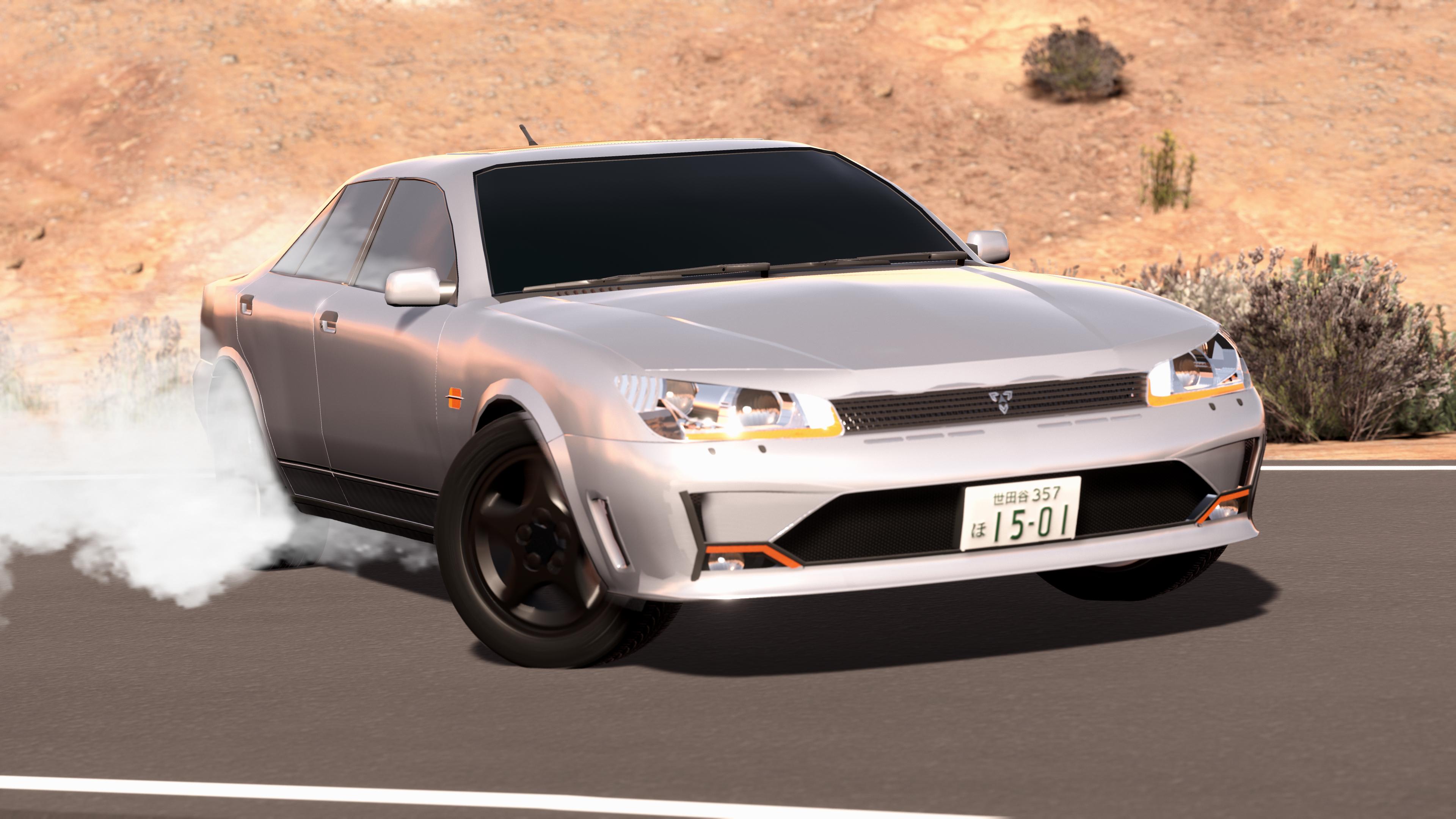 Compromise. It’s a word you hear a lot when you’re looking into purchasing a new car. You want speed? Well you’re going to have to compromise comfort and economy. You want a car large enough to take the family places? You’d better be prepared to compromise driving dynamics. The SC-AC completely throws the word compromise out the window. The 1.9L twin-cam “Melody” engine plays its music up to 7700RPM producing 179BHP, 155HP of which is proudly produced at the rear wheels with an astounding 42MPG. Oversteer is prominent at the limits, but it can be controlled with skill, and is not a problem when driving at your normal everyday pace. Visually, few cars have a presence such as this car, and it has made our top pick for this month’s issue.

Congratulations to @ST1Letho for winning this challenge! The SC-AC is an absurdly detailed entry, and I was blown away the second I opened the .car file. It was surprisingly not the most expensive car entered (That award goes to Maxbombe, who also had a wonderfully detailed model) There were so many hard choices to make while picking the winner and runners up. I hope everyone had as much fun entering as I did running this challenge.

Edit: Fixed text cutoff on one post, and added some forgottem blurb to the Editor’s Choice post.

A 3rd place after not competing in a challenge for ~2 months? Not bad, if I may say so.
Really enjoyed it, thank you for hosting this challenge.