The Innis M1 series was the very first vehicle the brand manufactured, marking the start of the brand and its long-time solidification serving the American people.

It carried various roles - a scout car, an ambulance, carry-all, weapon carrier, anything duty called for. On the vehicle shown above, the large cylinder on the left was used to mount a M1919 Browning machine gun on it, while the two poles on front were used for… flags…

It topped out at 90 km/h. It was heavy. It was loud. It wasn’t the best scout car because it was loud, and the Willys saw more use than it due to that.

The M1A2 truck was a truck. Yeah. It carried stuff in the back like… stuff.

After the war, the vehicle became very popular with soldiers returning from the battlefield, for its dependability in all conditions

The trucks, especially, were adapted for the public and were very popular amongst farmers and labourers. The civilian version would keep most of the stuff the military-spec version would, but would remove the winch, the Browning mount and the jerry cans on the rear.

The Flying Flounder was an experimental Innis M1 built as a new method of airdropping vehicles. Only 1 was produced. A larger, more powerful engine sourced from the Stuart tank was thrown in to provide more power to the rotors.

Crewed by 2, the Flying Flounder could go up to 113 km/h in flight, but was very unstable at the speed. A small platform where concrete slabs could be placed would act as its ballast.

It was later phased out in favour of different airdropping methods, involving gliders.

Honestly. Who the fuck thought this was a good idea?

Or at least the closest you can make one in Automation. This was an amphibious Innis. Yeah.

10,000 were built. The kit was modular and could be easily outfitted to an existing Innis.

It’s pretty straightforward. It just like… floats in water.

THIS ONE AIN’T THOUGH SOLDIER. IT’S GOT A 37MM CANNON OF THEM LIL M5 STUARTS PRIVATE

37mm cannons were mounted on a few of these M1s, however, they were not used very often. When they were though, the M1 provided a somewhat decent base to take these weapons through small areas for infantry support.

Extra armour sloping was placed in front of the engine, but reduced he amount of cooling provided to it as a result.

No shitposting this time ya penis

I did some revisions to the old 1962 Innis One-Tonner and gave it some refinements to the grille. Mostly so it looks a bit more INNIS. A Power Wagon-type model named “Boog” was added too. It’s just like… kinda chunkier I guess. Perhaps a lot more military is the word I’m looking for.

But fuck it here’s the truck. I wish drivelines would show underneath but Automation really said NAH

Yeah basically everything else is the same on this truck. Now that I have a better direction of where Innis goes, this truck is a lot more to my Innis taste Innis.

I updated the old Chief Tillamook to look a lot more tough and a lot less Chevy. It still looks Chevy. The grille has been updated to reflect more on Innis’ military history, and the double square sealed beam unit has been replaced with a single circular… thing…

Louisiana Reserve has been updated as well.

The Boog has also been created. It’s got a custom vertical grille for a bit of that classic style, bigger tires, a taller lift.

I, after about 1,100 hours and 5-6 years on this game, has JUST figured out how to use mudflaps. And I still suck with them. Anyways yeah, new One-Tonner design. A lot happier with this one.

BIG CHUNGUS BIG BUNGUS WE WILL SEIZE YOUR PROPERTY

jErOmE Is a tOwN In tHe bLaCk hIlLs oF YaVaPaI CoUnTy iN ThE U.S. sTaTe oF ArIzOnA. fOuNdEd iN ThE LaTe 19tH CeNtUrY On cLeOpAtRa hIlL OvErLoOkInG ThE VeRdE VaLlEy, It iS AbOuT 100 MiLeS (160 kM) nOrTh oF PhOeNiX AlOnG StAtE RoUtE 89A BeTwEeN SeDoNa aNd pReScOtT. sUpPoRtEd iN ItS HeYdAy bY MiNeS, iT WaS HoMe tO MoRe tHaN 10,000 pEoPlE In tHe 1920s. ThE ToWn oWeS ItS ExIsTeNcE MaInLy tO TwO OrE BoDiEs tHaT FoRmEd aBoUt 1.75 BiLlIoN YeArS AgO. iN ThE LaTe 19tH CeNtUrY, tHe uNiTeD VeRdE MiNe, DeVeLoPeD By wIlLiAm a. ClArK, eXtRaCtEd oRe bEaRiNg cOpPeR, gOlD, sIlVeR, aNd oThEr mEtAlS FrOm tHe lArGeR Of tHe tWo dEpOsItS-

Shown is the Congaree trim, a midspec trim fetching for around CA$65,000

The Limited comes with a suite of the same features like a panoramic sunroof, automatic retractable sidesteps, 360 degree cameras, a 12-inch infotainment system, adjustable air suspension, lots of chrome, and crippling debt.

The 7.0L Patriot Diesel powers most of the top trims, sending 409 horsepower and 640 ft lb. of torque to the gigantic 21 in. wheels.

You thought that was all?

NOT WHEN IT’S INNIS TRUCK MONTH FINANCE AN INNIS WITH 0 DOWN PAYMENT THAT;'S RIGHT I COPIED THIS TEXT FROM CAR SHOWCASE 0 DOWN PAYMENT

YEEE HAW PARTNER DALE HAS JUST SPENT $120,000 ON A NEW LOUISIANA RESERVE DUALLY AND IS ABOUT TO TOW NOTHING BUT A GARDEN TRAILER

It’s also gigantic compared to the old One-Tonner Dually. Downtown parking? What is that?

It has a smaller 6.0L diesel making 290 horsepower and 390 ft lb of torque. Depression.

Ok bear with me for a sec…

FUCK YOU SHROMET WE STILL DID IT FIRST

A small appearance and mechanical package for the One-Tonner. Consists of a trashy olive-drab paint with other options for Warship Grey and Abrams Tan. Lifts the truck a little and adds some side rails to the bed. Also adds some hooks and extra vents to the hood as well as a few more American flags.

Oh I forgot about the base model dually.

BUT WHO CARES ABOUT THAT

We do not condone of anything that has been said or done in the latter half of this post.

[InnisCo] [image] [CTOT1] [CTOT2] [CTOT3] [CTOT4] [CTOT5] THE MOST CAPABLE CHIEF TILLAMOOK YET We took the Limited, and upfitted it for offroad duties, giving you a blend of both luxury and capability. A jack of all trades. MORE FEATURES THAN INNIS INNIS Comes with: Bespoke off-road front bumper with skidplate and working winch Lightweight offroad alloys Multiway tailgate Power retracting side steps Adaptable air-ride with lowering capability for loading and trailer…

6.3 metres? Metres?! And you call yourselves American.

Are you sure you’re OK? Did you take your meds before writing that?

This is a certified hood classic

At a limited run of 1,000 pickups, 500 chrome, 500 blacked out, the Carolina Reaper is also the most limited-edition Innis ever sold.

POWER OF THE PATRIOTS

Powered by an 8.1 L turbodiesel inline-6 sourced from our Blue Ridge semi trucks, it sends 680 horsepower and nearly 1700 lb-ft of torque to all four wheels. All four massive wheels. All equipped with a Central Tire Inflation System.

Equipped with four auxiliary fuel tanks, totalling up the truck’s gallon count to 150 gallons, there is no need to stop early. 3.3 miles to the gallon will not stop you when an entire country’s fossil fuel reserve is in your tank. That’s what America smells like.

Just kidding it only has presence.

Derived from the limited trim, the towering amounts of chrome will grab the attention of any slowpoke in your way. Drive a couple feet away from the puny little Kimura in front of you and it will move out of the way in no time. That is the Innis way we have been imposing on our mortal enemies since the second world war.

Why isn’t the white truck with its axles crossed and parked over an couch? 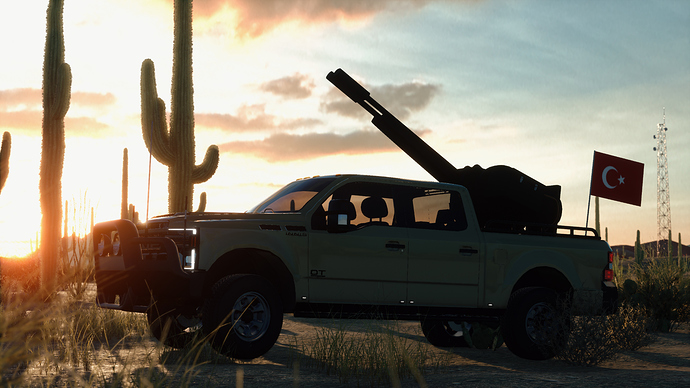 Sorry, but that’s a Turkish flag

The rest is right though.

(Post only shows the 2-door. A 4-door is expected soon)

The Innis M1 returns in the 2021 model year even more beefed-up than before. Its shorty-SUV stance reflects the one of its previous generations, and as a great grandson to its kind it is ready to kick it on and off the road.

The Innis M1 returns for the 2021 model year with the same DNA as its big ol’ military grandpa. It’s ready to kick some donkey ass off-road and cushion you like old Betty’s sofa at the country bar. A high approach angle at the front with the beefiest front bumper made out of real American steel will make sure anything that gets into your way will cower in fear. 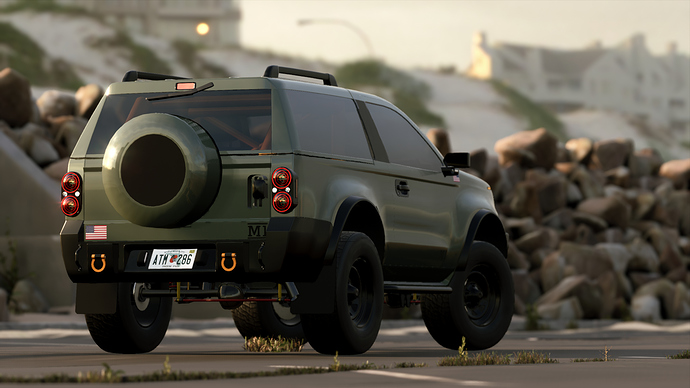 Only driving well is unacceptable. Driving well with style is the key. Not all is function. The Innis M1 is a straight call-back to its older brothers with its circular lights and other retro-modern styling elements across the board. Patriotic flags are waved around each section possible on the car, including the rear, the sides, even the seat stitching. We want you to know that we build these cars for the country. We are the true patriots. We are a strong, independent country who doesn’t care about our isolationist policies. America first. Other flags fly later (vehicle is manufactured in plants around Mexico and Canada but we won’t talk about that). 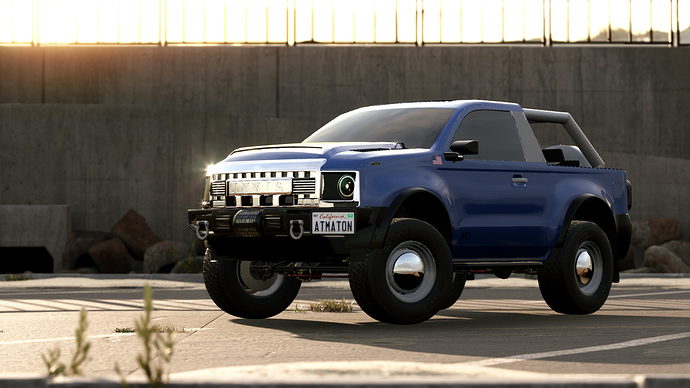 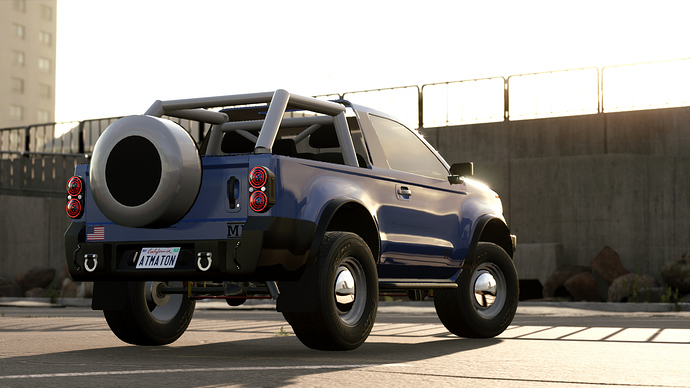 Photo1367.jpg1920x1080 478 KB
All tops on every Innis M1 (that’s right, even the base model) are removable. But what if you wanted to take that a step further and REALLY show off your style? Retro packs for the Innis M1, like the Island Hopper are available with full customization of colour and interior options. If you’re THAT guy who pretends they surf but avoids the water by any means necessary because they want to preserve their spray tan, this Innis is for you.

WELCOME TO YOUR ENTERPRISE 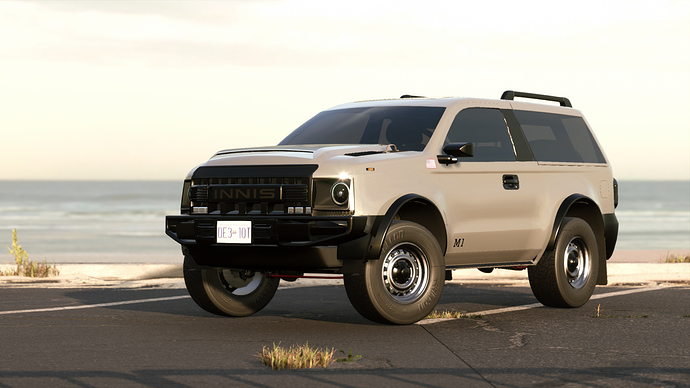 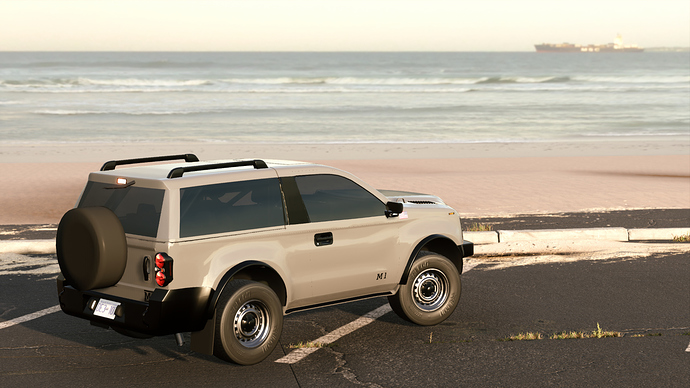 Rental car? No problem. We may be sucking the soul out of you by removing the turbo off the base model to give you a measly 132 hp and a 0-60 time of 10.6 seconds but don’t worry you look cool in your Innis. Sarah loves it even though it will never see a single slope greater than 3% in its life. Oop, and now she can’t turn her car off because she doesn’t know how to get it out of 4L. 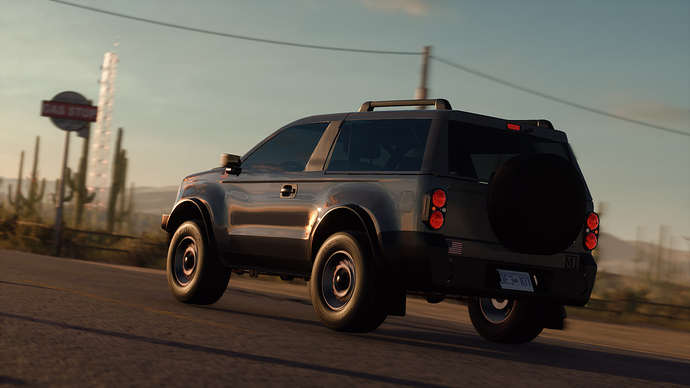 BUT THAT’S JUST THE BASE MODEL 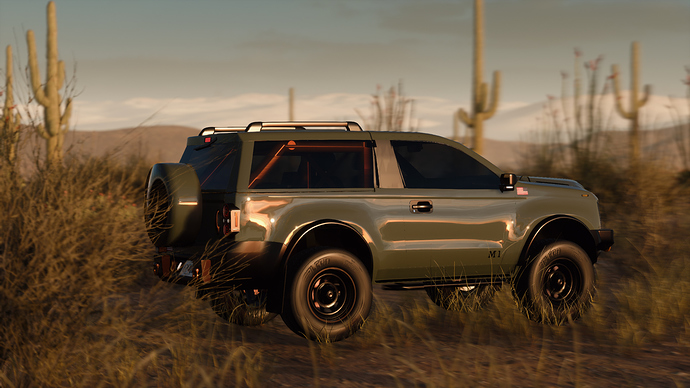 Actually spend some fucking money and you get the powerful 2.2 Columbia turbo. 220 blistering horsepower will guide you to the next mall parking lot where instead of parking in a normal spot like a sane person, you decide to park right on the embankment. It’s an Innis thing, you won’t understand. 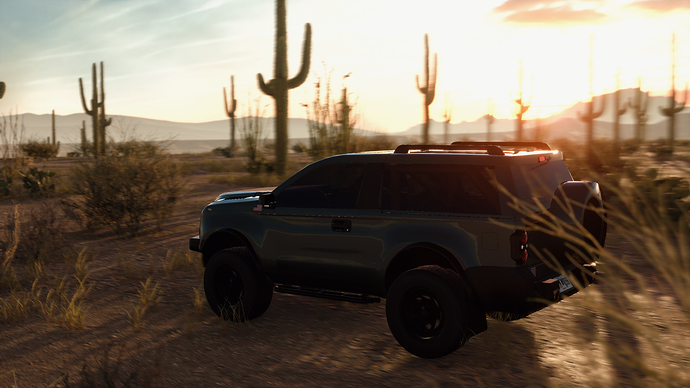 Expect to go even crazier in the future, where diesel, EV, and V8 options are proposed for the M1. Details will come later. 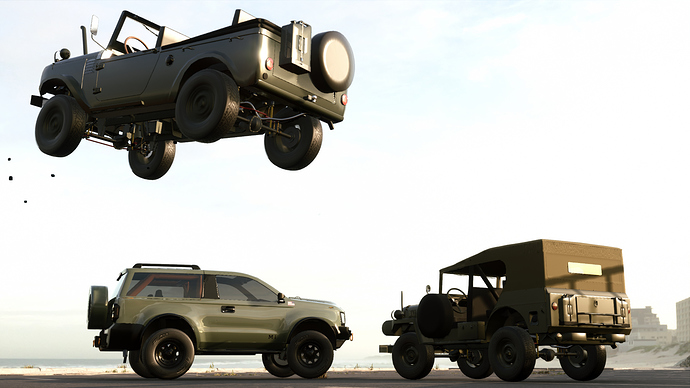 Okay, now I absolutely need to export some democracy in the Middle East

Jokes apart, would it be possible to try it on Beam?