or in this case the Tokushu, the Japanese word for Special

Wait a minute that brand is German!

Ah , yes indeed it is but a small ʲᵘˢᵗ ʷʳᶦᵗᵗᵉⁿ fact about Geschenk, that a few cars where allocated production in a factory in Japan, a daring move, the executives gave them total creative control to do whatever they desired to create, and in the year 2000, they made a special version of the old Kunai model from the 90s, The 𝗦𝗽𝗲𝗰𝗶𝗮𝗹

Oookay so what's so special then?

wooooooooooh.jpg2140x634 735 KB
I’m glad you asked. Well for starters it looks a bit different, and it has different rims, also the seating arrangement is different. It has one front seat and a bench seat on the back for a total of seating for 4. The power plant is from Yama𝐦𝐚, a 2 liter turbo engine, ready to roll! ᵃⁿᵈ ᵈᵃˢˢᶦᵗ

HighresScreenshot00449.jpg1920x1080 534 KB
it was in Japan yes, also the name weeb-ish. In addition it was sold in other regions like Australia, New Zealand, UK, Europe.
but not the USA

It is RWD however and tuned by a complete racing noob.

*interior is not included

How will the defendant plead?

Guilty, by butchering the English language, and not understanding how courts work

BCT cars it’s opening to new markets with this car, The nexus. A sport car designed to be a nexus between the road and you. 2.5L engine producing 228hp. RWD, geared diff, 6 close ratio manual gearbox, sport kit, tyres, suspension tuning, interior… etc, all of this with a total weight of 1250kg
Two front and two rear seats makes this car able to be used as your daily car, with an average fuel comsumption of 12,5L/100kms, who said that a sport car has to be a thirsty beast?

The NeXuS of everything

Everybody knows that Japan did not build its reputation as an automotive superpower solely by building sports cars and supercars; rather, they made affordable, economic and reliable cars for the masses…cars that were dependable, easy to drive and solidly built, like this 2000 Taikutsuna Kuruma V6: 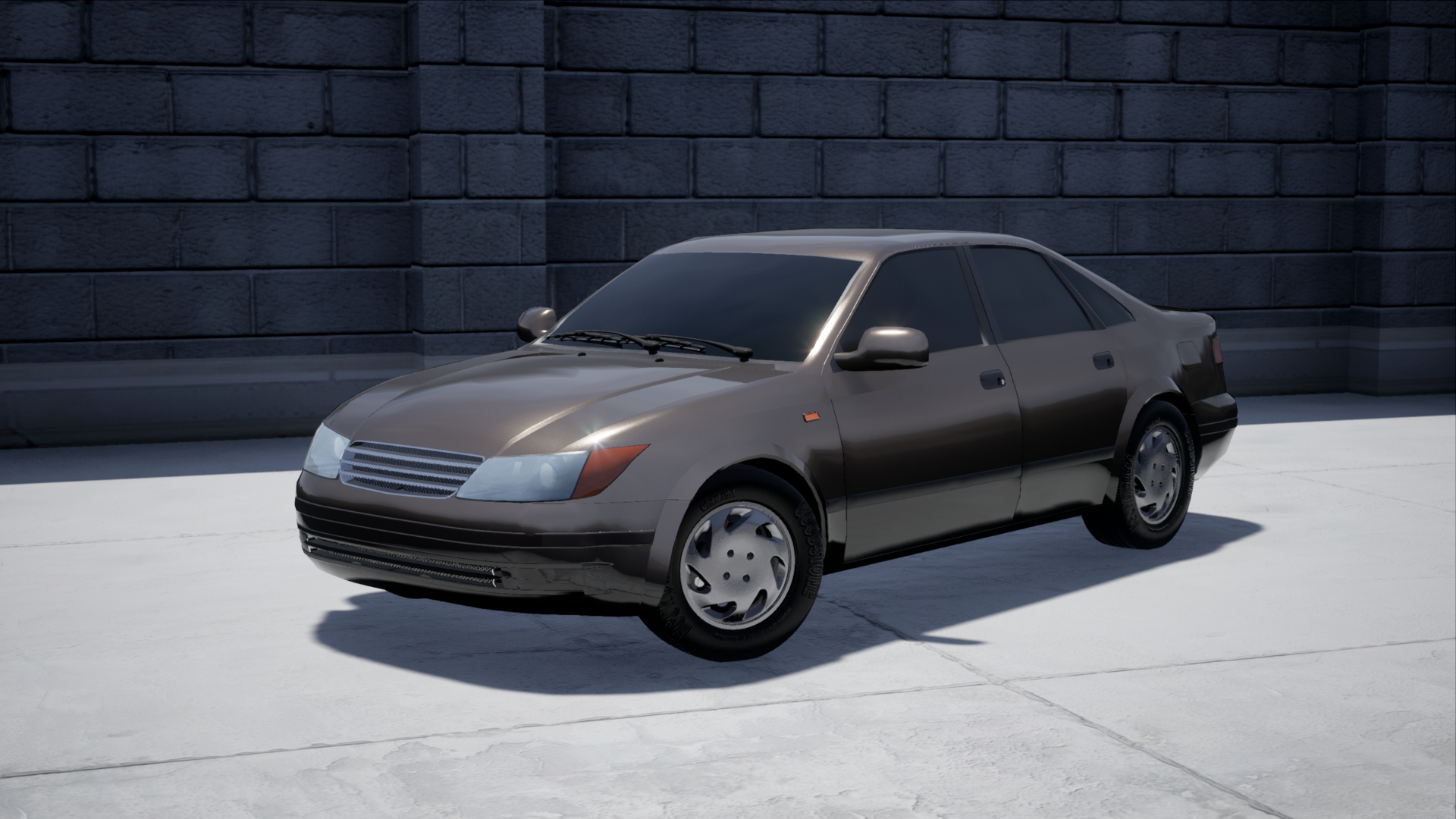 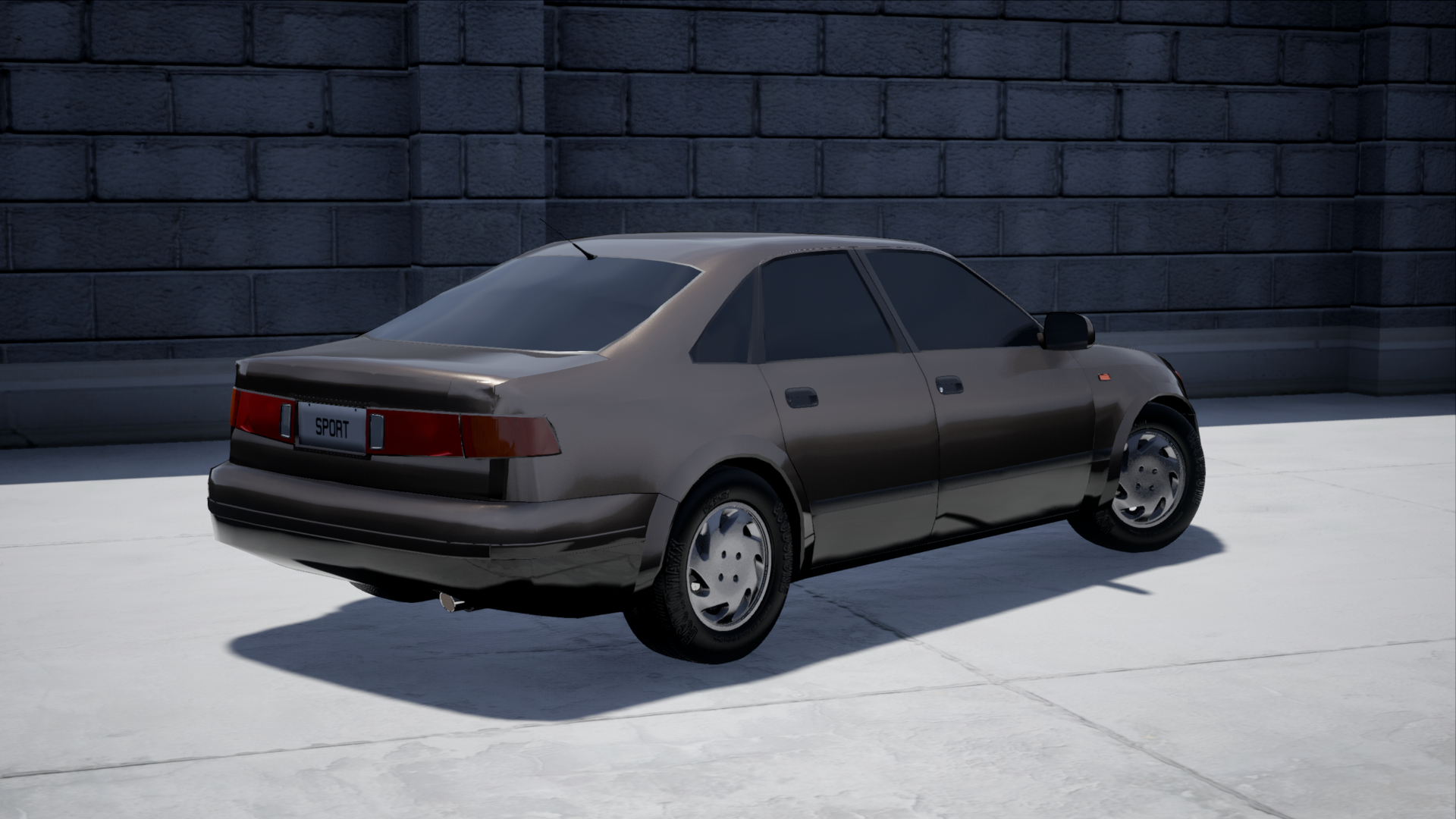 It’s quiet, comfortable and efficient, with seating for five and a PREMIUM sound system with CD player. The Karuma has a proven and reliable 3.0-litre, 190-horsepower V6 engine, driving the front wheels through a five-speed automatic transmission. All of these features means the Karuma V6 should provide its owners with many years and hundreds of thousands of kilometres of trouble-free motoring. 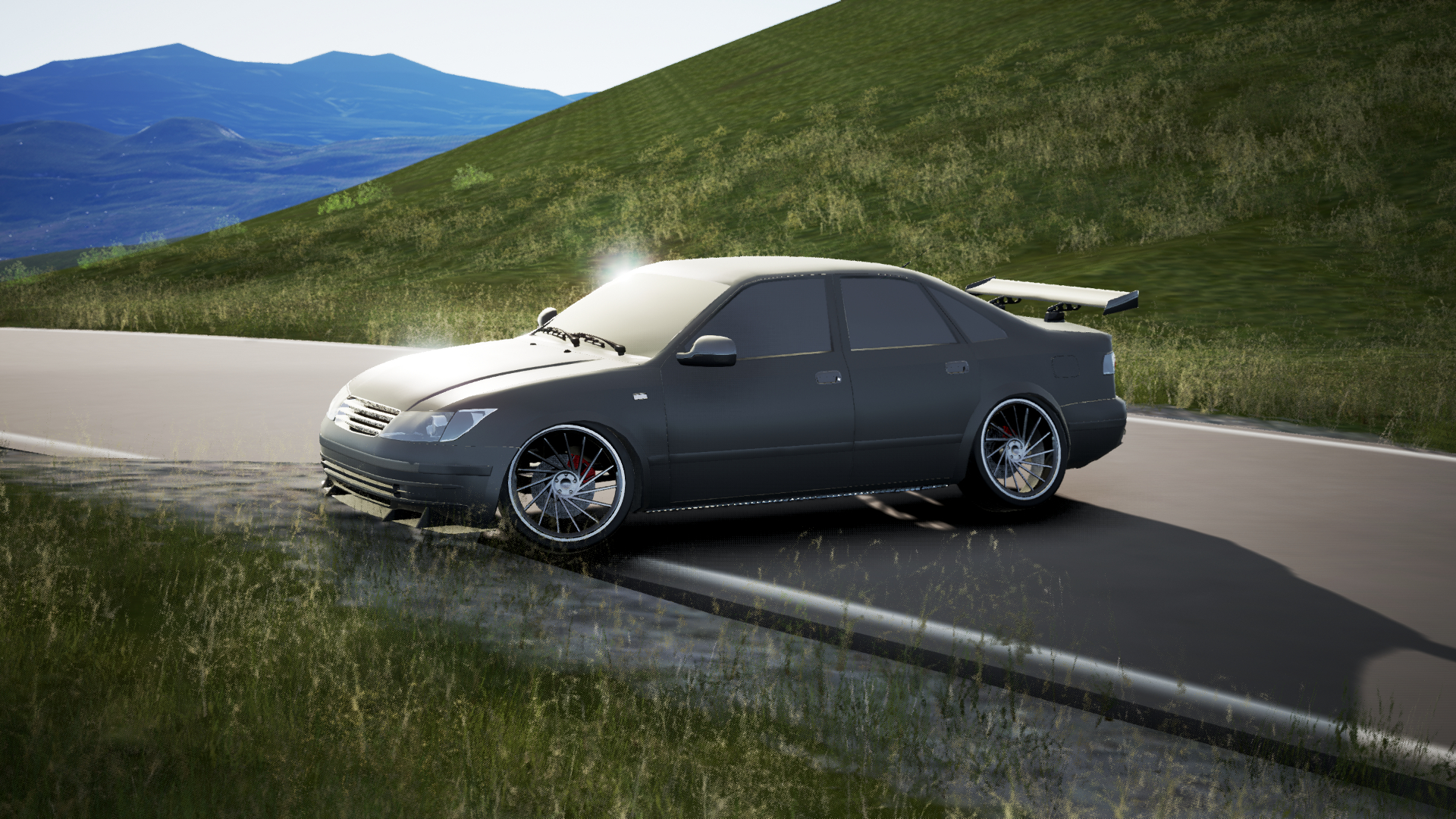 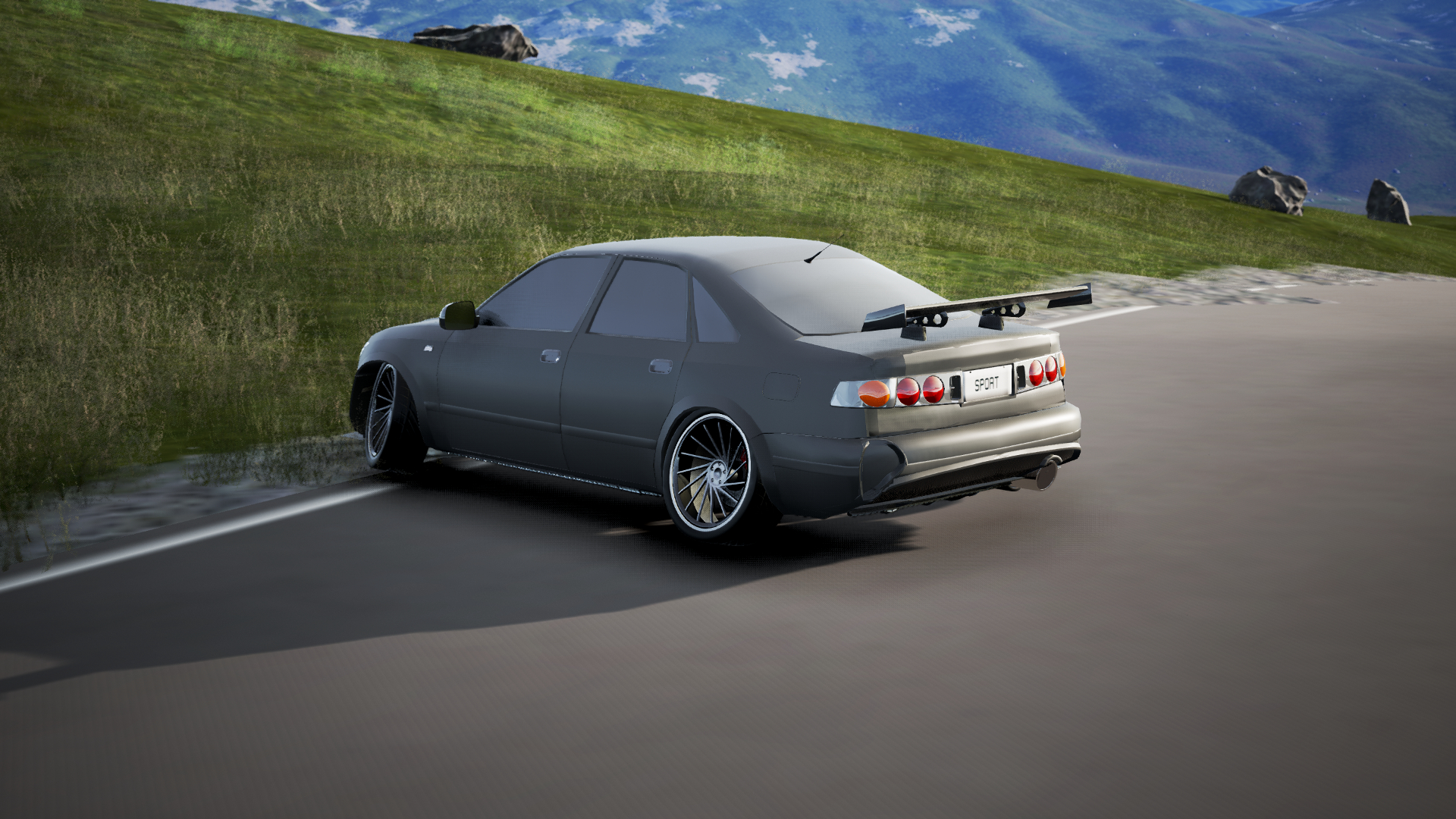 Although the front doesn’t really match the back. It looks very nice. But a bit too modern in the back for me.

I just sent a revised entry with a different engine with some more power - should be around 220 hp now.

Albatross Motors Presents the new Albatross Oakland, the premium midsize sedan that is definitely not a Lexus GS300 for any discerning Japanese businessman. This car features a buttery-smooth 3 liter inline 6 cylinder engine, making an adequate amount of power and torque. Power is delivered to the rear wheels through a 5-speed electronically controlled automatic transmission, meaning you can relax as your car shifts gears for you. Standard equipment includes leather seats, a CD player, dual airbags, electronic stability control, traction control, anti-lock disc brakes, comfort tuned independent suspension, and everything else you would expect from the latest Albatross Motors vehicles. Prices start at just $12,968. See your local Albatross dealer to learn more.

Surely the engine isn't any good.

It makes nearly 100 hp/L is that good enough for you?

Alright then, but can it even reach highway speeds?

Of course, it makes it to 100 in an absolutely insane 12 seconds while also getting 5.0L/100km fuel econmy.

That doesn't sound sporty at all. 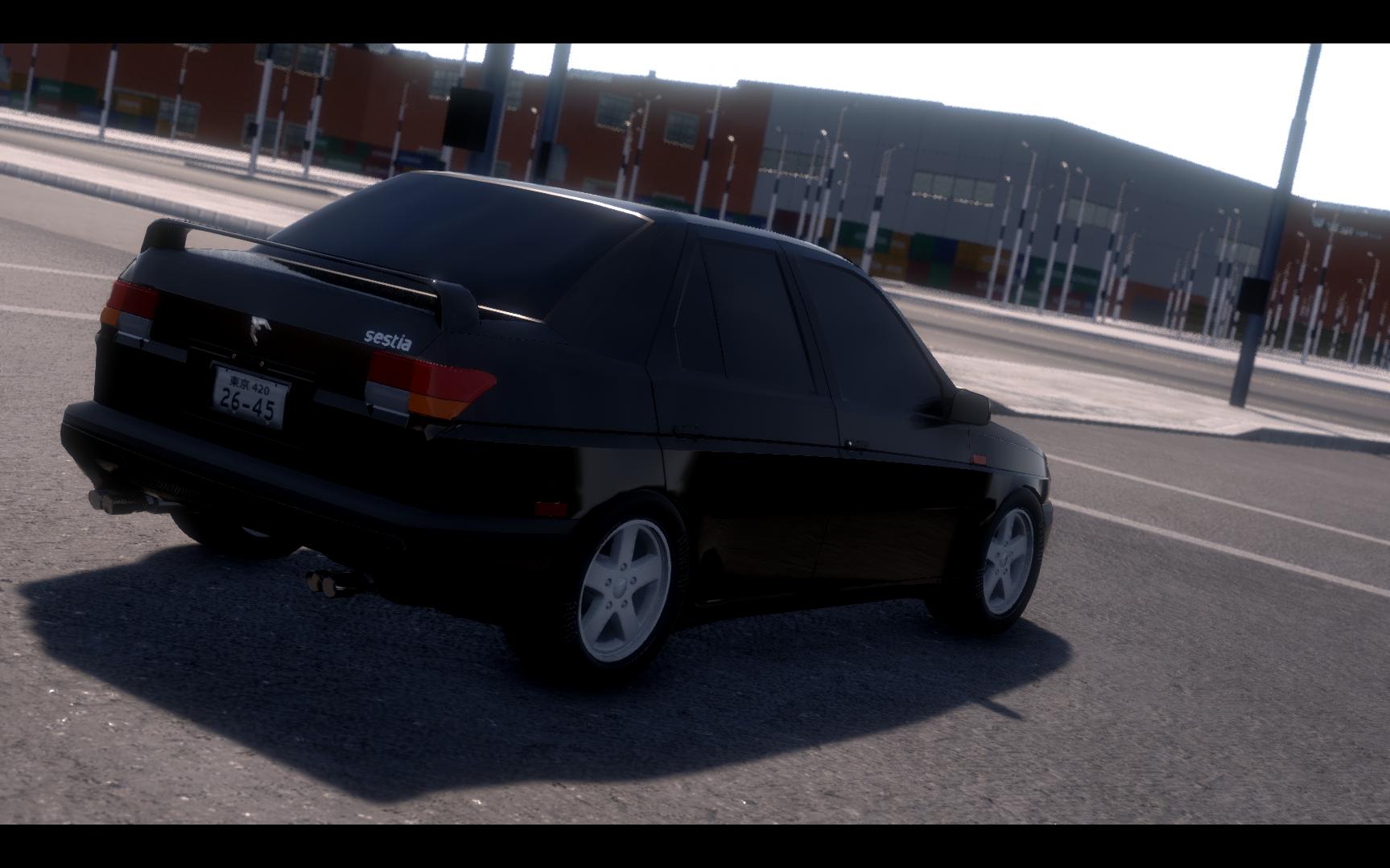 That’s the point, but it has something special up front. 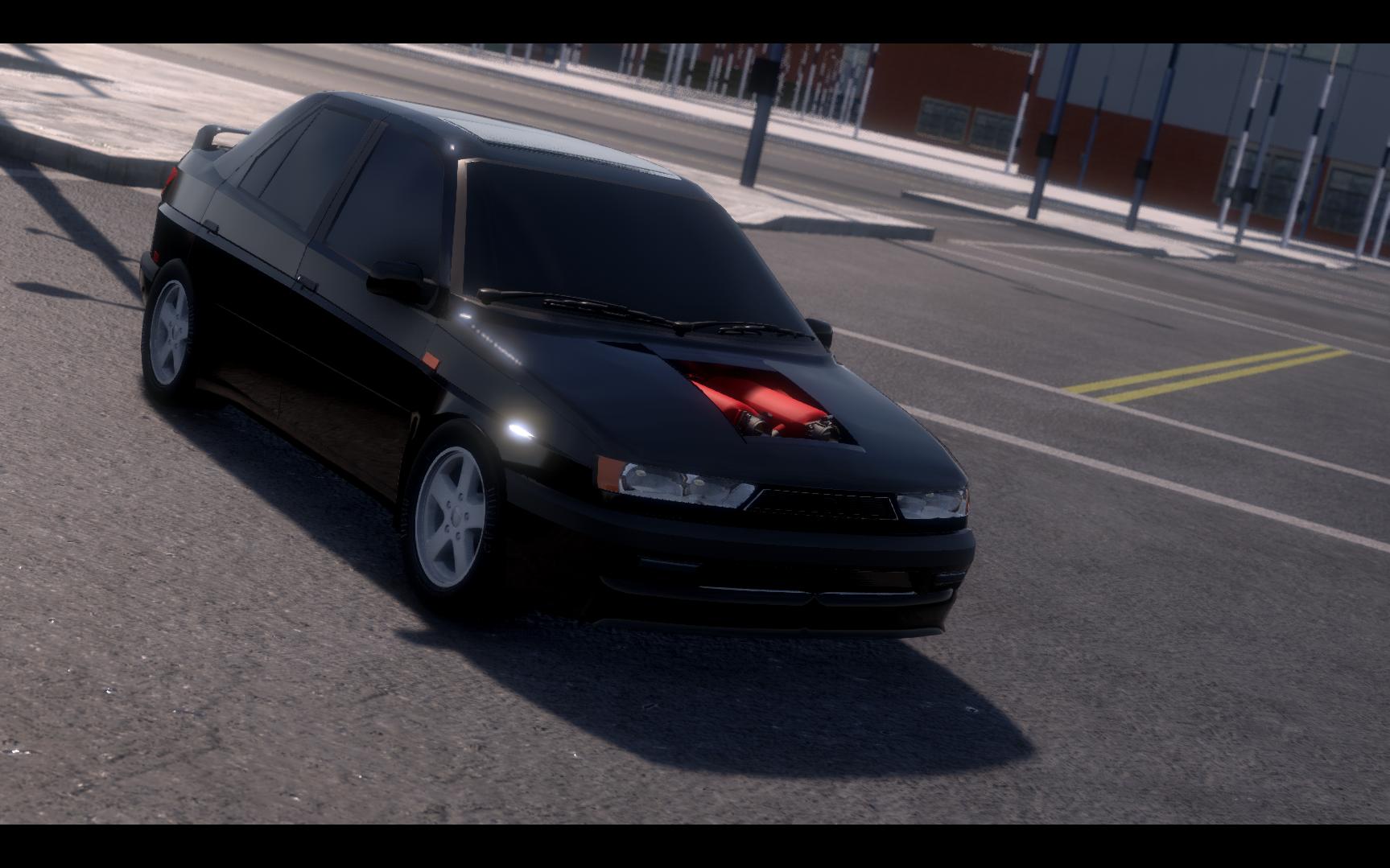 Like any proper JDM car, it’s bound to have an oversized American V8 stuffed into it at some point. So this one got a good ol’ American 6.0l pushrod V8 that the stock hood won’t close on swapped in.

Hi guys, passing to remember that today is the last day open for entries of the JDM challenge. I will not accept any car after 00:00 hour Brasilia time.

Sorry, wasn’t able to put my reply here earlier because of the forum outage.

Entries are officially closed. Thanks for all 41 participants. Due the unexpected number of entries the videos will delay more than the normal and the next video is the disqualified cars, that are many.