It’s finally official! I, a lurker previously only hanging out exclusively on Automation’s Discord, finally settled down and built my own car company! 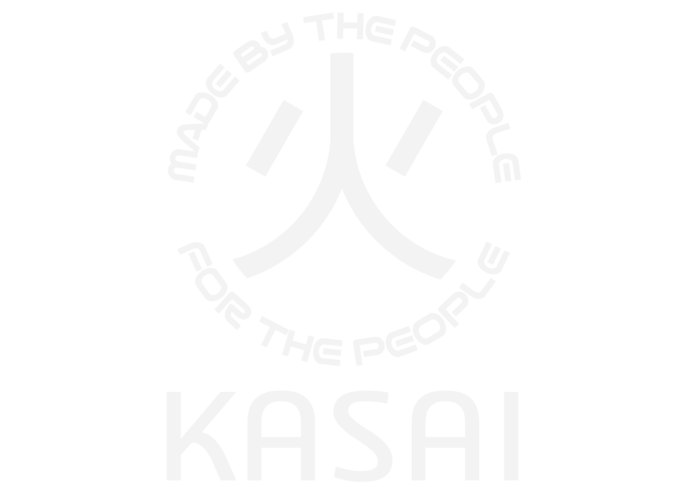 Started out by riding on the waves of the Japanese economic miracle, Kasai has been building passenger vehicles for the middle-upper class since as early as the late 1950s. Their cars are renowned for being friendly and fun to drive, while also adequately fast and very well-tuned at an affordable price. Kasai’s philosophy to put people’s needs first renders them to always listen to everyone’s feedback while not being afraid to experiment on new classes of vehicles.

Meet the new member of the family. 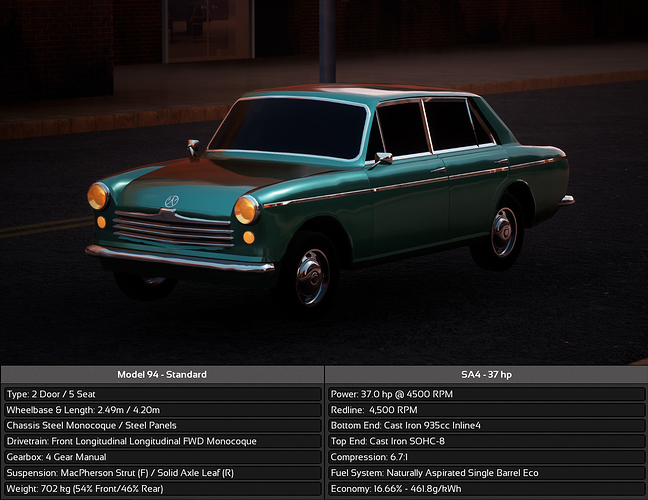 The Kasai Model 94 was the first family sedan Kasai ever built. It was Kasai’s greatest gamble as they had already invested a lot of money into building a large manufacturing facility and were already in heavy debt. And so, to earn them immediate ROI and profit, they needed to have a car built in a roughly 2-year time frame. Something that can be sold quickly to the widest possible market. 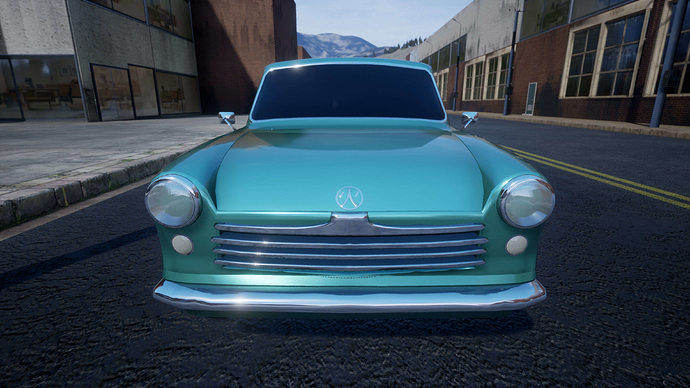 The car’s whole design was unusual for its time. It’s powered by an inline-4 935cc engine with 2-valve single overhead cam, capable of producing 37 hp @ 4500rpm and 63.7 Nm @ 3600rpm. The redline was limited to just 4500rpm, despite being perfectly capable of going higher. The engine was laid longitudinally, but its 4-speed automatic gearbox delivers the power to the front wheels instead of the rear wheels, making it one of the first FWD cars to enter the mainstream. 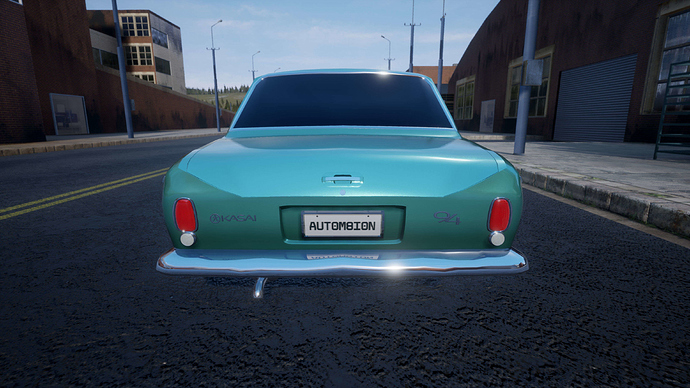 Thanks to the economic miracle, the Model 94 quickly became one of the best-selling cars of the decade. First sold in Fruinia at $5900, it was universally praised for its engine reliability and decent fuel economy. Several variations of the 94 also existed, one of which was to serve as a taxi. Kasai then started exporting it to other countries in 1959, where it also gained modest popularity.

Ok. You, sir, got my close attention. This looks very good.

Pretty little car, and I really like what you’ve done with the grille. What’s the economy like?

Haha thanks! Currently I’m making a story and photos for the rest of the fleet, and it’s apparently more difficult than it actually seems!

As for the economy, if we’re talking about Kasai’s financial situation in their early years after the success of their Model 94, let’s just say that they are still young and wild and like to take risks.

I think he meant fuel economy

“As agile as a racing pigeon, as tame as a tranquilized rabid dog.”

In 1961, Kasai’s next attempt at four-door sedan to replace the quickly outphased Model 94 was underway, but midway through the designing phase, the engineers thought, “What if we dropped a bigger engine inside it and see how fast can it go around the track?”

And lo and behold, they actually succeeded. 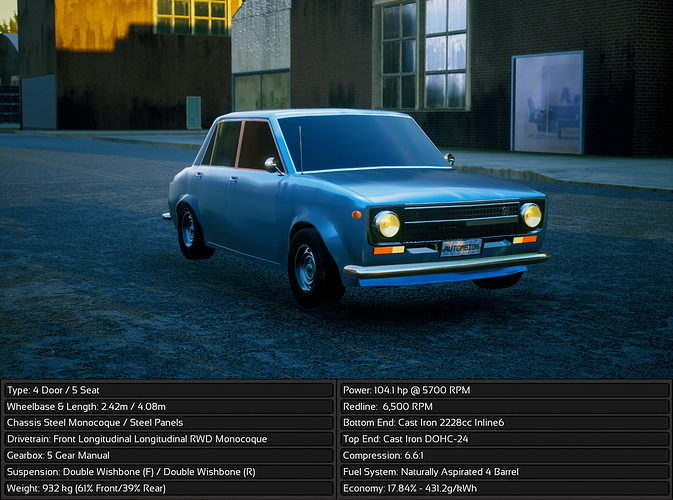 The Kasai Itachi (“itachi” means “weasel” in Japanese) is a sports sedan built for the more performance-conscious consumers, as the improving global economy at the time meant that there had been a steadily rising demand for a faster family car. The “Fastback” name was borrowed from a certain other manufacturer to describe its slanted rear trunk.

The Itachi didn’t sell as well as its predecessor on its first year due to its higher price tag of $9.000 and the fact that it caters to a more niche market, but it still earned praises for its top-end power and high level of upgradeability straight from the factory. It was described as “like a blank canvas for tuners to paint on”, and the DC6 engine had been reported for having figures of up to 124 hp and 183 Nm with a simple Stage 1 tune (carburetor tuning and compression rate increase). The car didn’t come without its criticism, of course, as its top complaint was the hard suspension setup making it less desirable for everyday drive. Kasai listened to their customers’ pleas, though, and immediately issued a recall to retune the Itachi’s suspensions.

A little over a year later, Kasai released a limited, track-ready version of the Itachi, and all those questionable design choices the car committed to suddenly make a lot more sense. 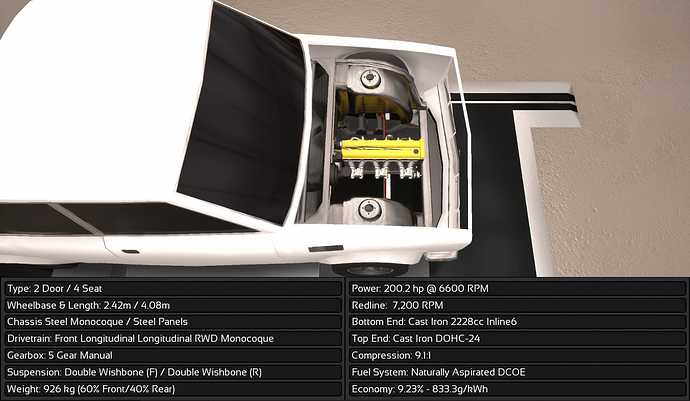 The track version featured the same DC6 engine base, but its internals were overhauled, completely different from the stock engine. Forged pistons, forged conrods, forged crankshaft, higher cam profile, higher compression ratio, triple-DCOE carburetors, higher rev limit, new exhaust headers, and a straight pipe exhaust. Thanks to this, its power nearly doubled to up to 200 hp @ 6600rpm, 220 Nm @ 6300rpm, a top speed of 196 km/h, and a 0-100 time of 6.3 seconds. 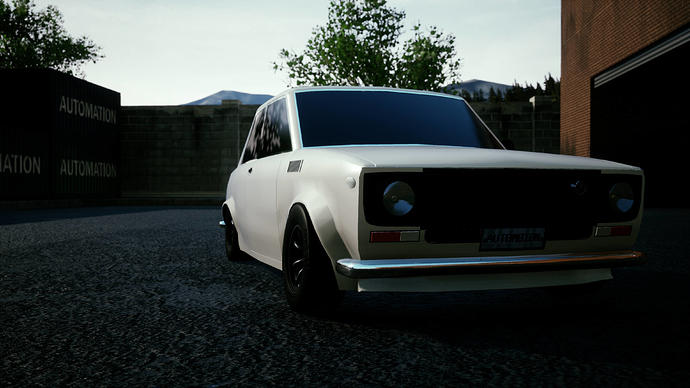 But the craziness doesn’t end there. The car also lost its two rear doors effectively making it a coupe, its wheels were built wider and made of magnesium alloy, its 5-speed gearbox tuned to have a closer gear ratio with equipped automatic lockers, its interior gutted and power steering removed to save weight, and visibly negative wheel cambers and lower car height. Its previously-chrome grille was painted black, it’s got a large wing on the rear-end for better aerodynamics (although between you and me, that “aerodynamics” and “downforce” mumbo jumbo is just a myth), and its badging were cleaned off, save for a small badge on the front grille, giving it a more distinctive, aggressive look. The ride quality was unquestionably even harsher, louder, and drinks a lot more than the stock Itachi, but it was worth the tradeoff for better cornering ability, less wheelspin, terrifyingly quick acceleration, and more smiles-per-mile overall. 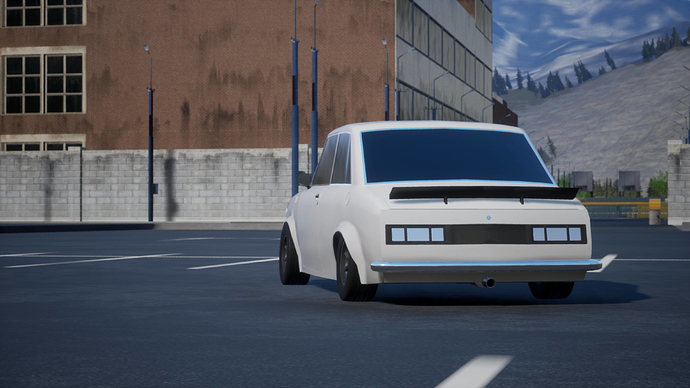 Soon, the car became a legend in its own right, with astonishing lap times being recorded in various race tracks. With prices starting from $12.200, it was dubbed by car magazines as the “Performance Car of the Year” for having a great value and tons of fun while retaining the practicality and reliability that its base body provided. Thanks to this performance package, the overall sales of the Itachi Fastback increased, while also increasing brand awareness of Kasai as a performance car manufacturer.

Whew, this was a long one. But it’s not going to get any shorter than this in the future.

One could say that the fuel economy is above average at best.

That looks neat at the front. Mad camber though!

Too lazy to work on lengthy stories atm, so I’ll just dump pics instead.

1973 Kasai Riku no Kujira (Land Whale), a limited-production 4-door muscle car made to test new markets.
Notice the alternate badge because this car was also meant as a ironic commentary to the 1970s oil crisis.
Predictably, it didn’t sell well due to it not being “muscley” or “crazy” enough. 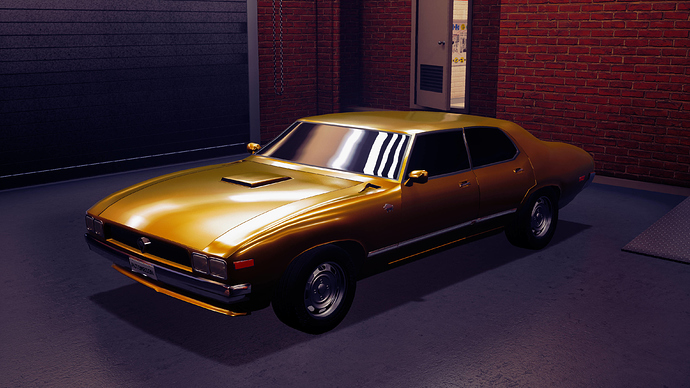 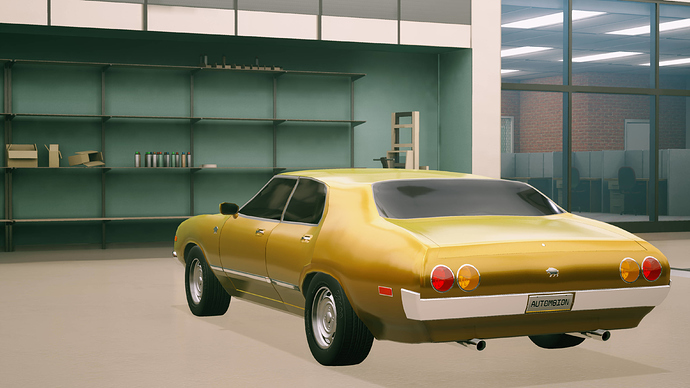 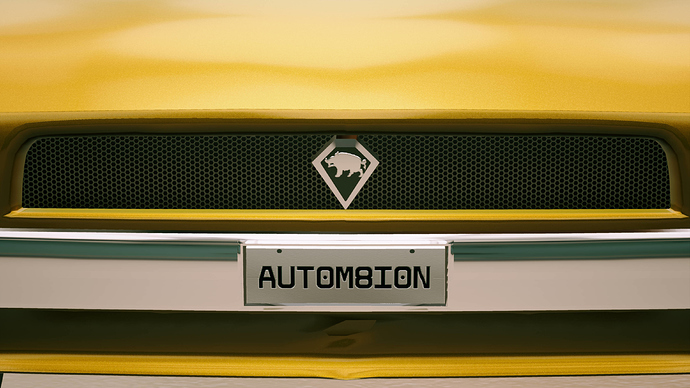 Let’s jump years a little bit and skip to the good part of the 90s. 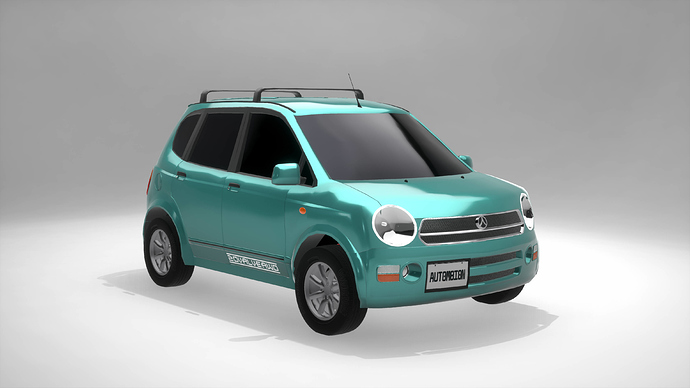 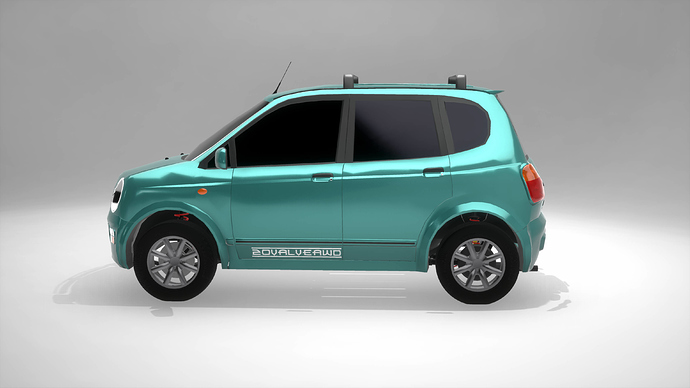 The Riku no Kujira looks decent, but I don’t really see ‘Land whale’ being a very desirable car name…

As for the Sekken, I’d say that’s very good for Kei car economy though I’m not an expert on those cars.

Continuing the tradition of having fast track-focused cars, Kasai built another hotlap hooligan in 2005. 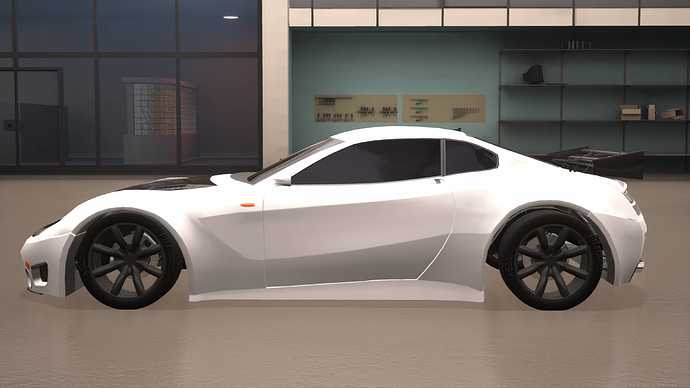 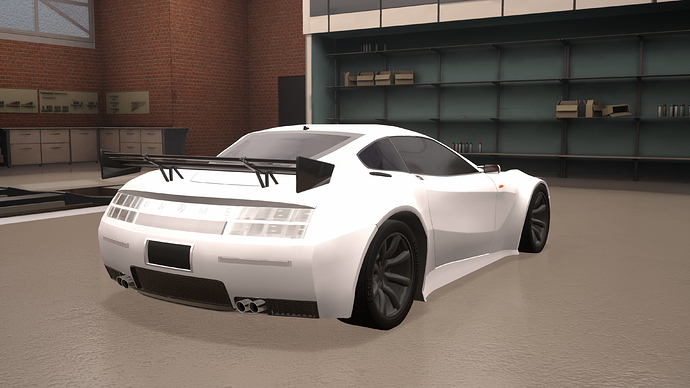 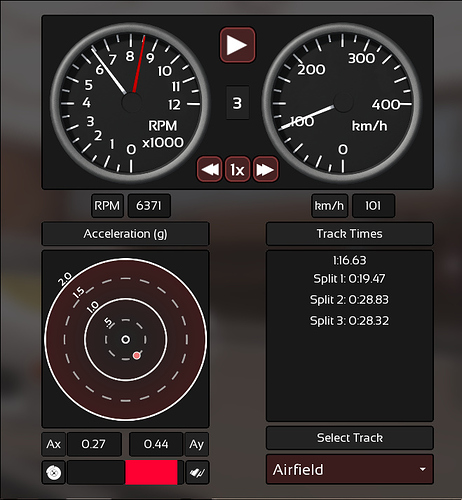 I know, but non-Japanese speaking consumers don’t really care about names they do not understand, do they?

Due to recent UE4 updates, all my cars have disappeared and 50% of them haven’t been properly photographed yet. So, here are some leftovers. 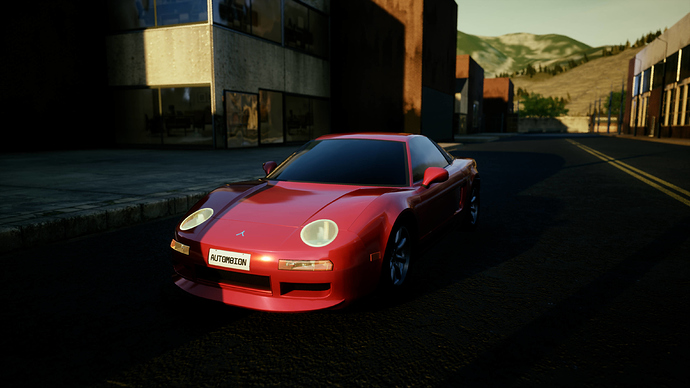 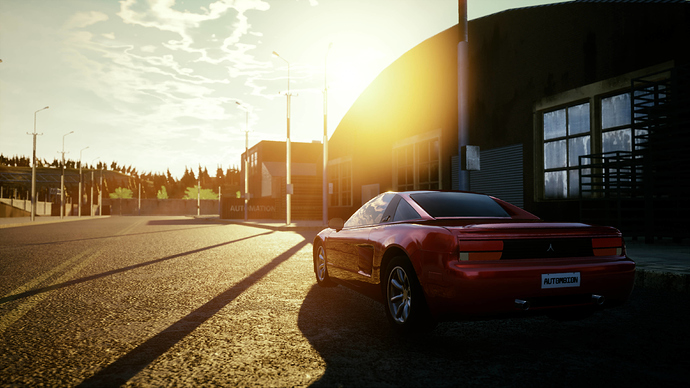 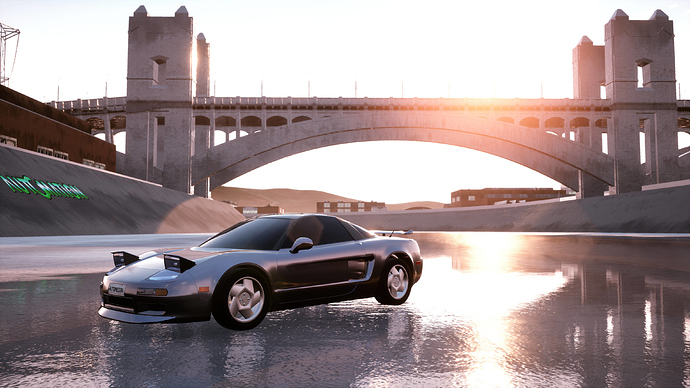 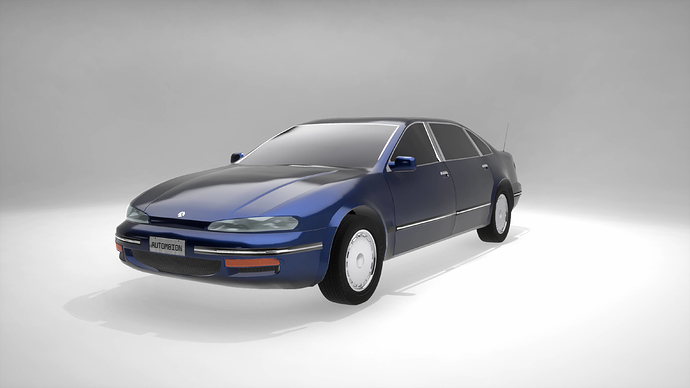 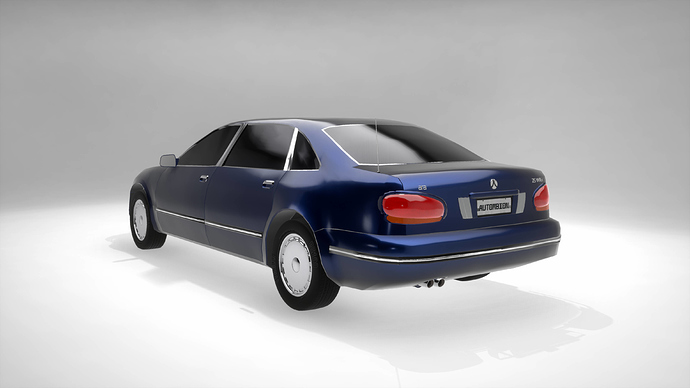 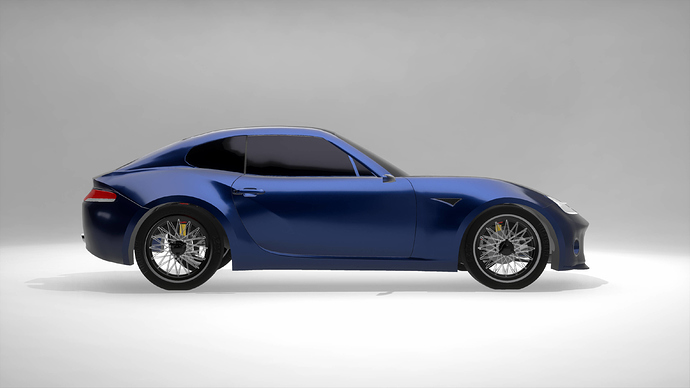 Kasai wishes everyone a Merry Christmas and Happy New Year 2018! 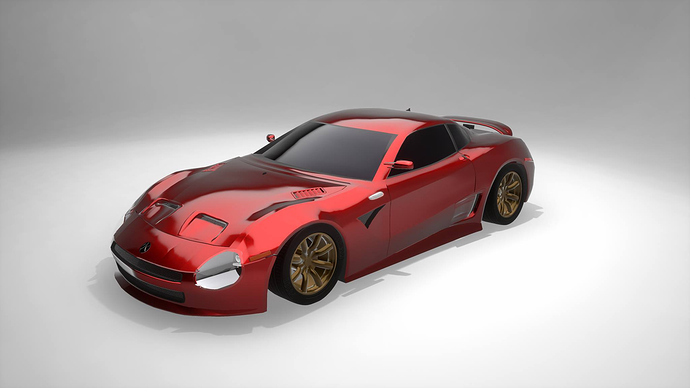 This peculiar-looking coupe is the successor to the Unome. Named after the Mako Shark, it features a more powerful 750 hp turbocharged V10 DI engine, a pair of barely-legal headlights, and updated amenities such as more comfortable seats and GPS navigation system. 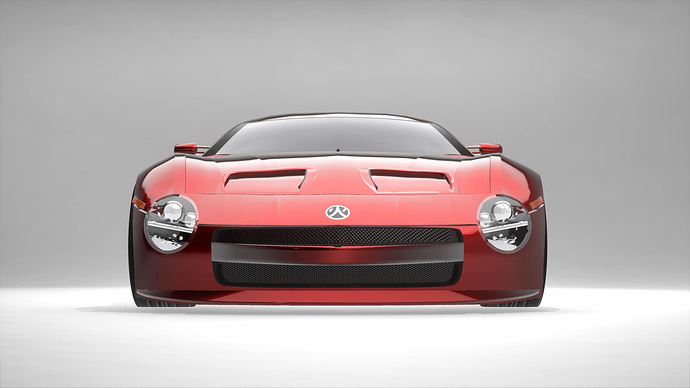 It meets all the government safety regulation systems, so it’s okay to register and legally drive one in roads. Just be wary of its ride height. 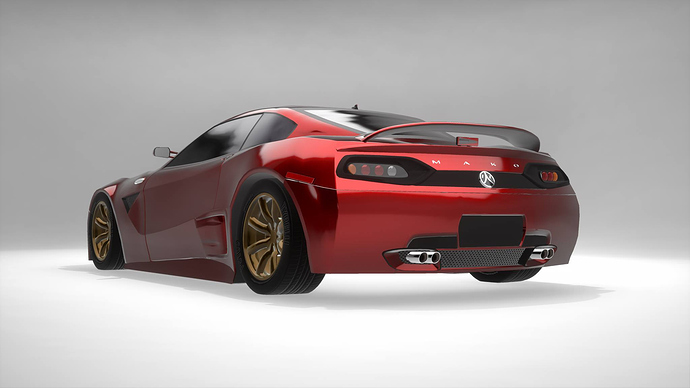 In general, these designs aren’t the best looking, but some of them have impressive performance stats.

Looking at mako I thought you went for the modern interpretation of 60s gt, but seeing taillights from a supra IM thinking it wasn’t deliberate, and more of a lucky shot tbh