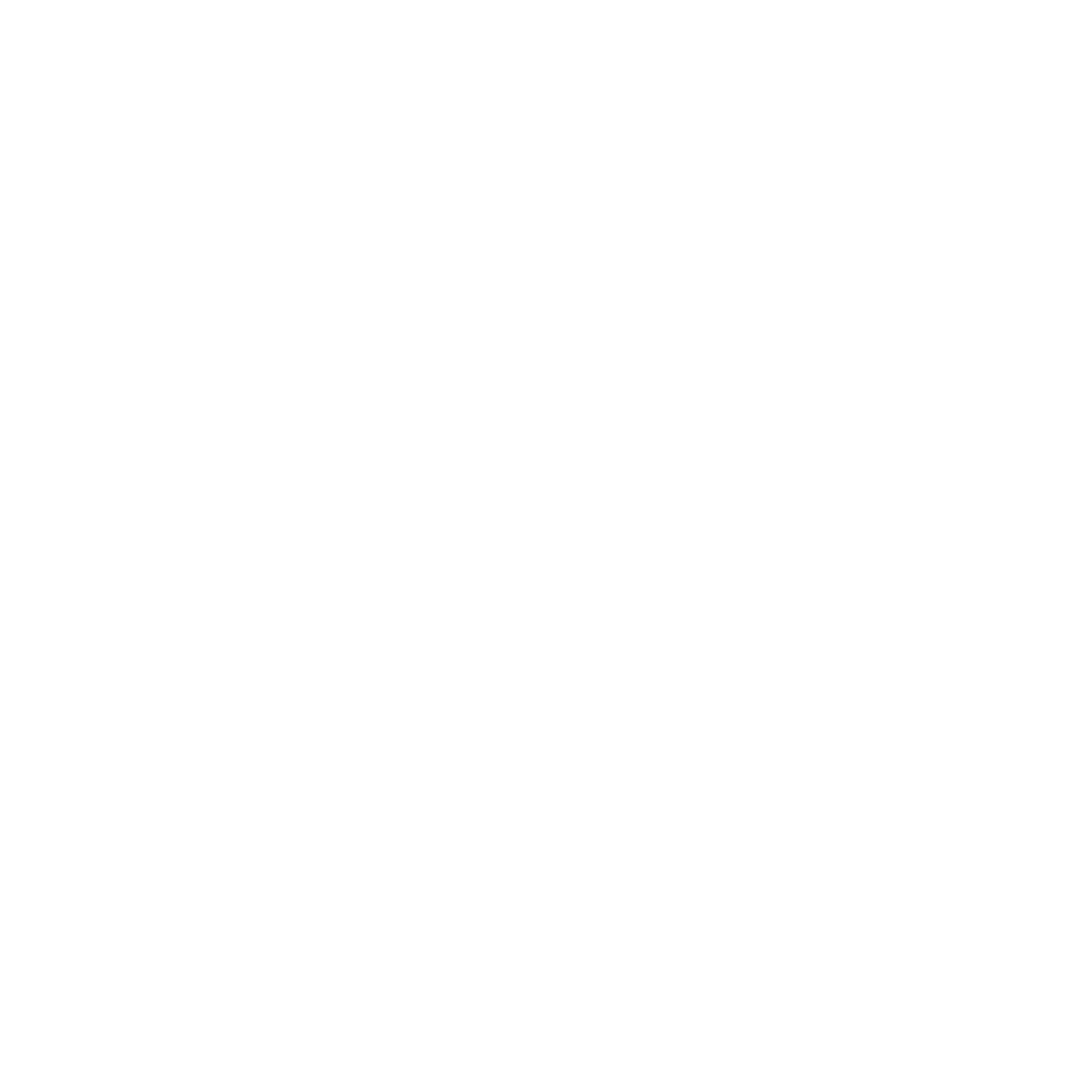 After over 12 months of development, Kimura unveils their comprehensive brand relaunch across the entire company for 2020 and beyond. As a global automaker, our objective was to shift the brand’s focus from product to lifestyle in a effort to deliver a consistent, global brand experience to consumers.

An upscale, premium design outlook was selected, drawing inspiration from our Japanese roots. Balance, harmony, and creativity were focal points for the redesign. Together, they formed a harmonious whole for our redefined brand assets. 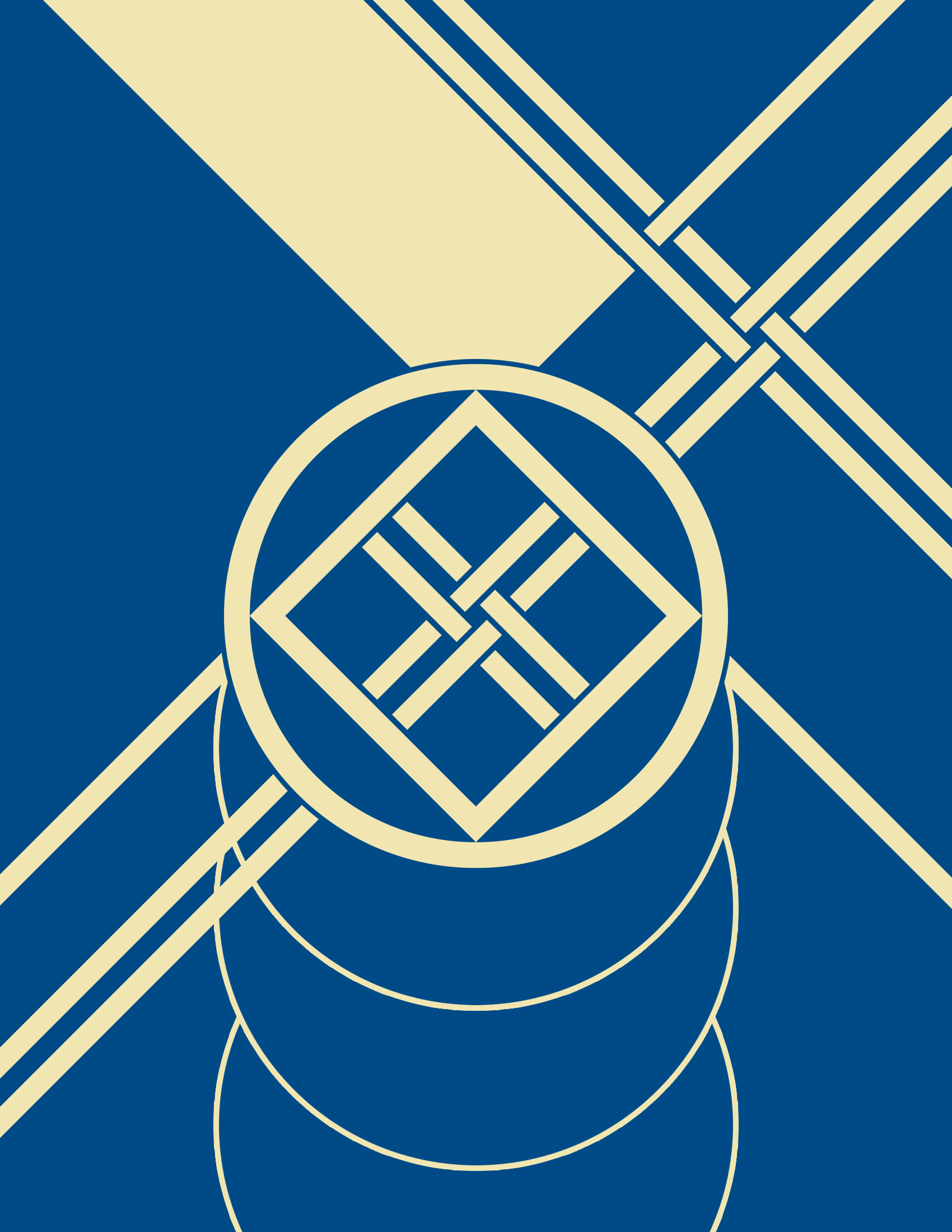 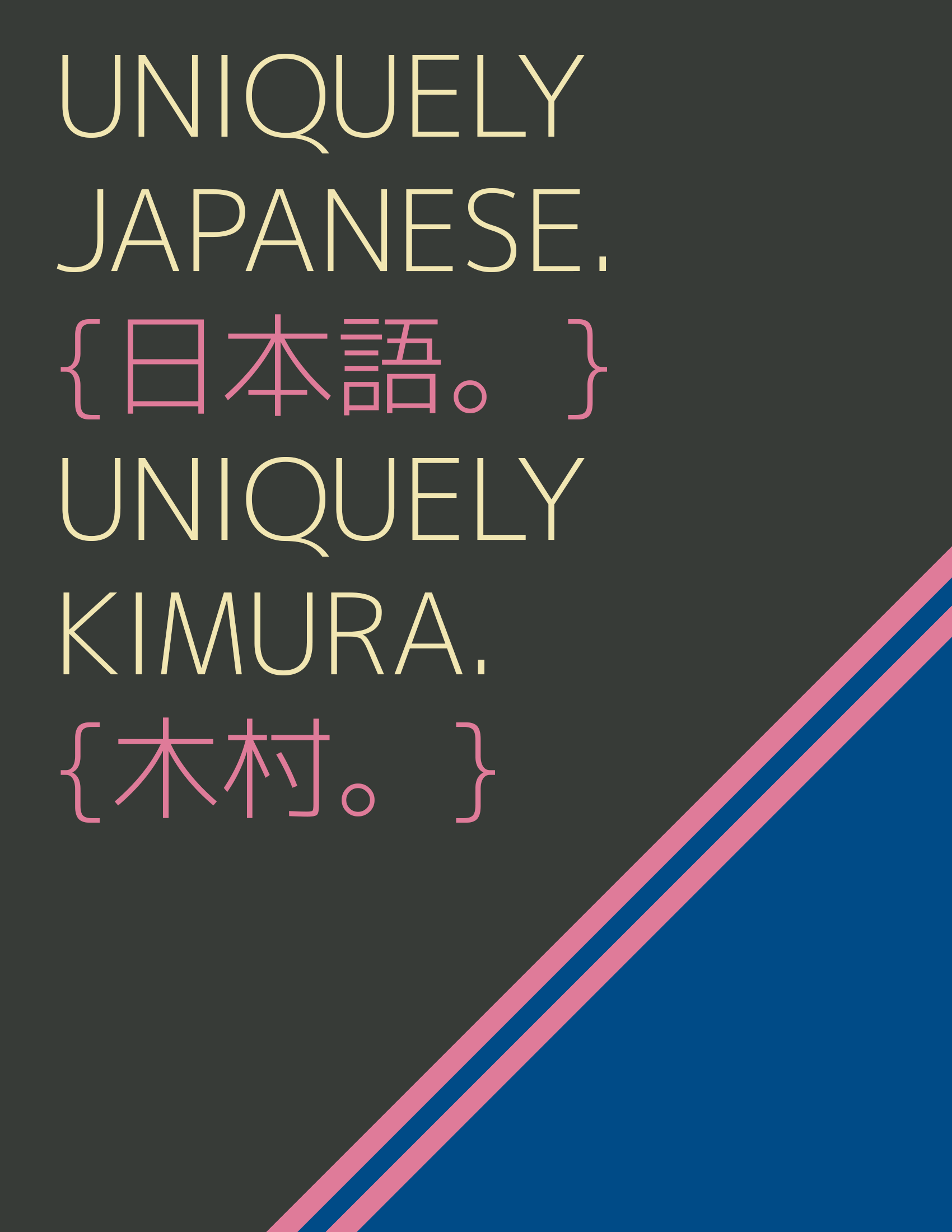 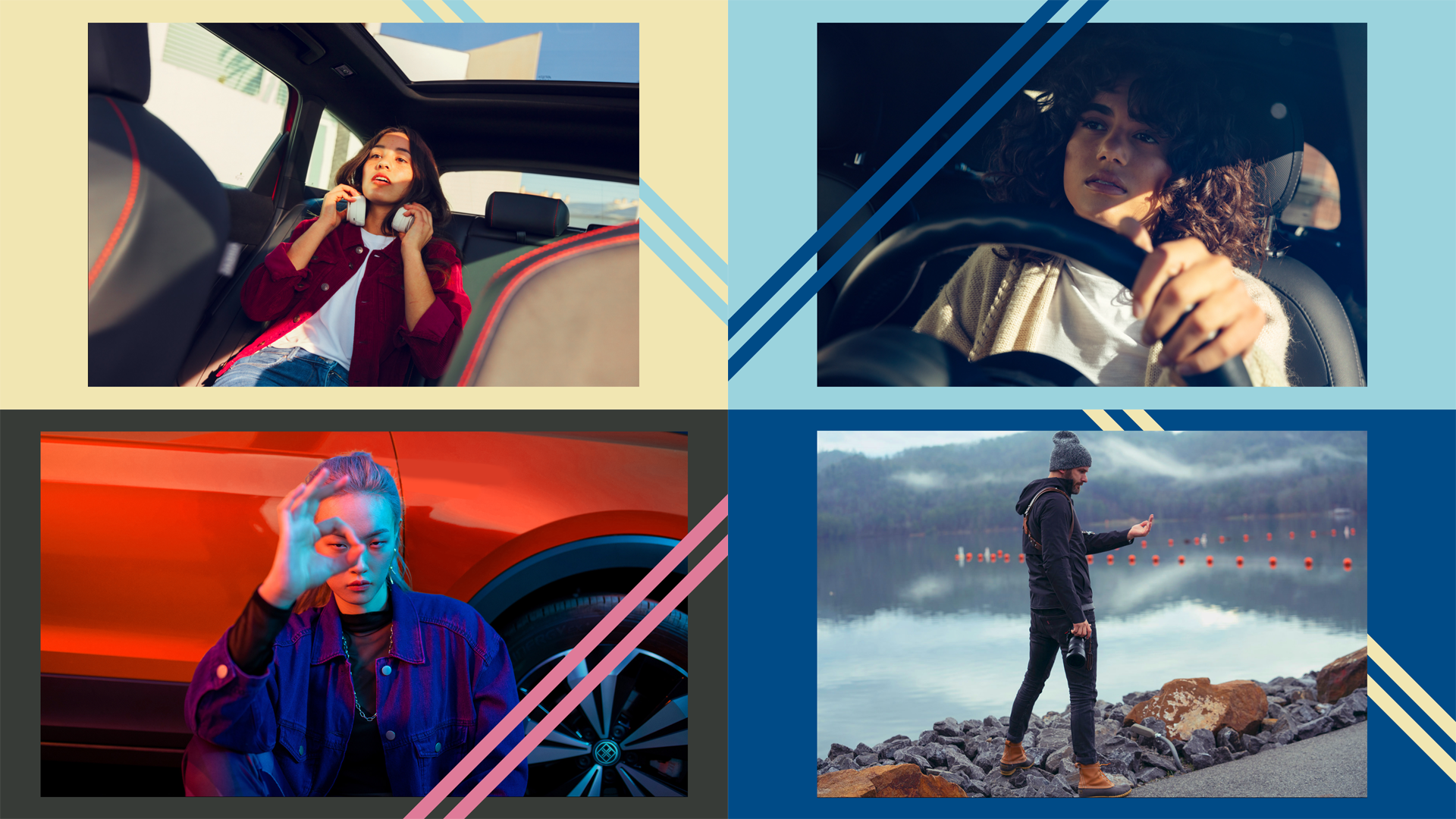 Our color palette was inspired by the natural beauty of our home island of Hokkaido - from the deep blue of the distant mountains in Sapporo to the cherry blossoms that bloom across the island, each color is crafted to complement each other whilst maintaining a harmonious, warm feeling. 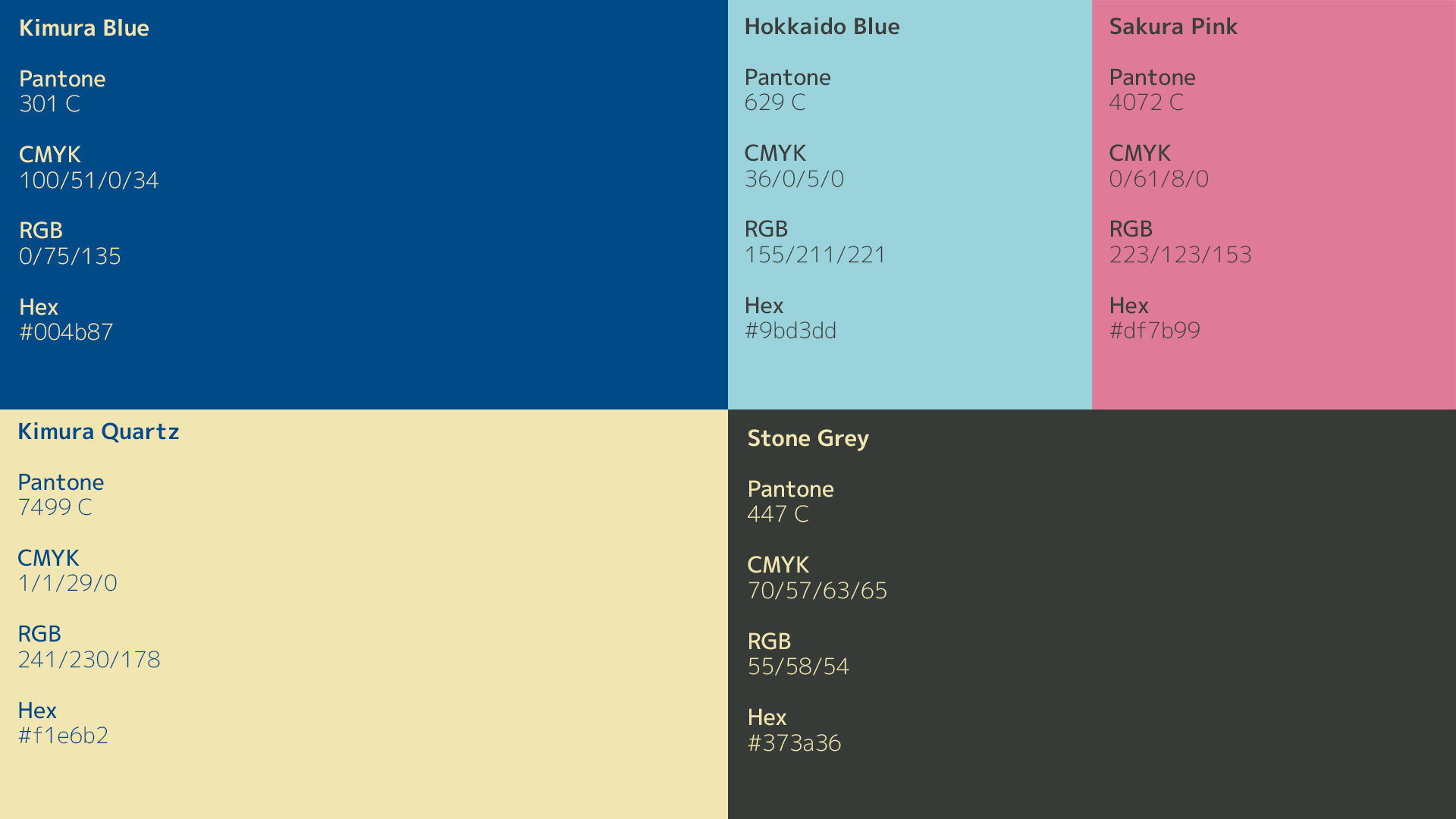 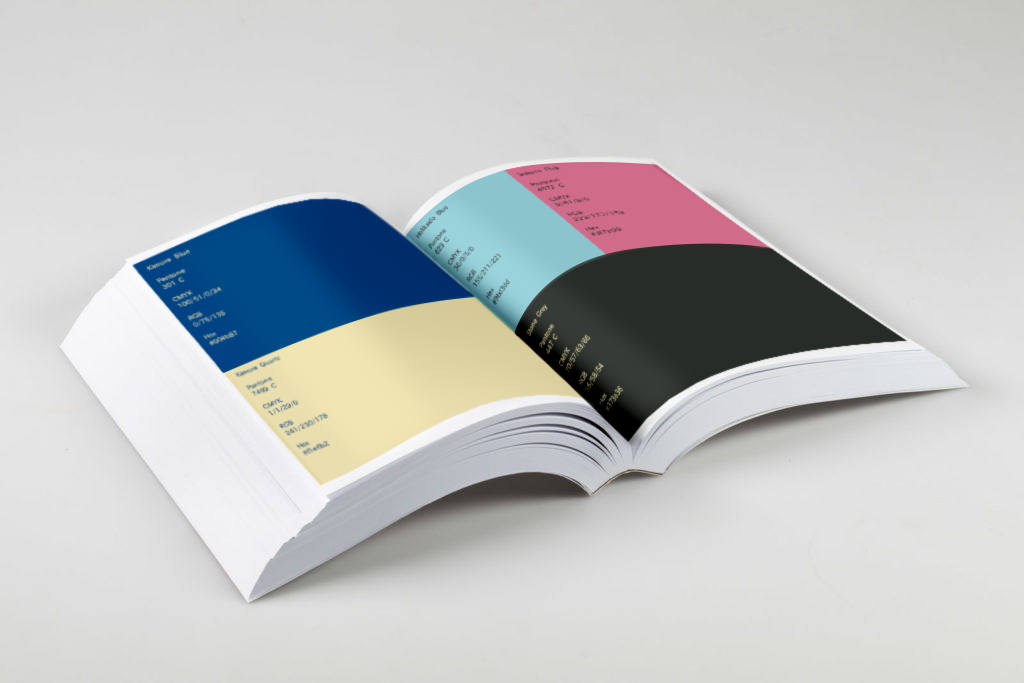 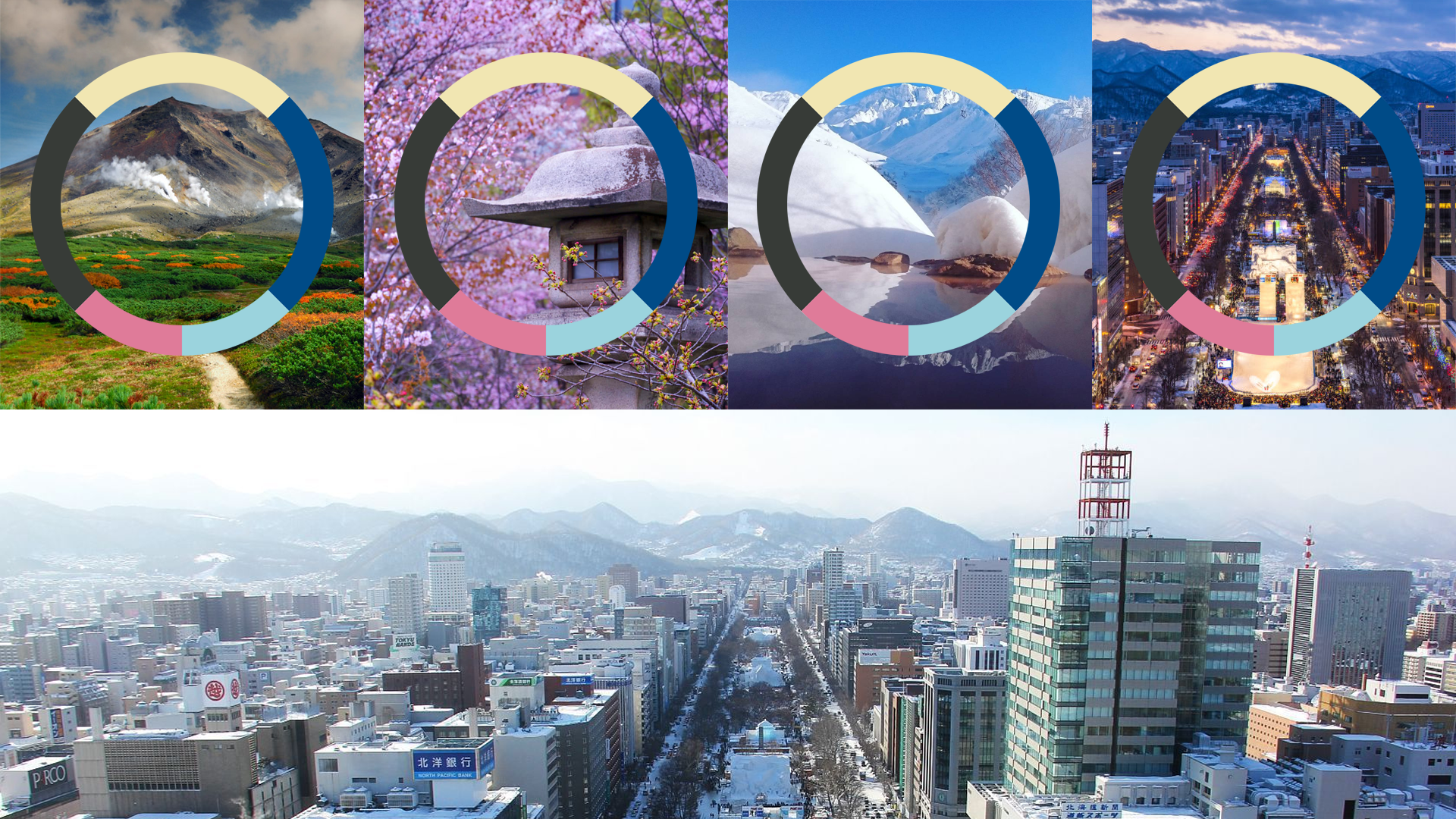 M+ is a custom typeface which comes in a variety of weights from thin to black. A clean, geometric design with humanist touches available in multiple letterforms makes this font extremely versatile for any application. The warm and refined nature of the font as well as its simple readability provides additional style for web use. 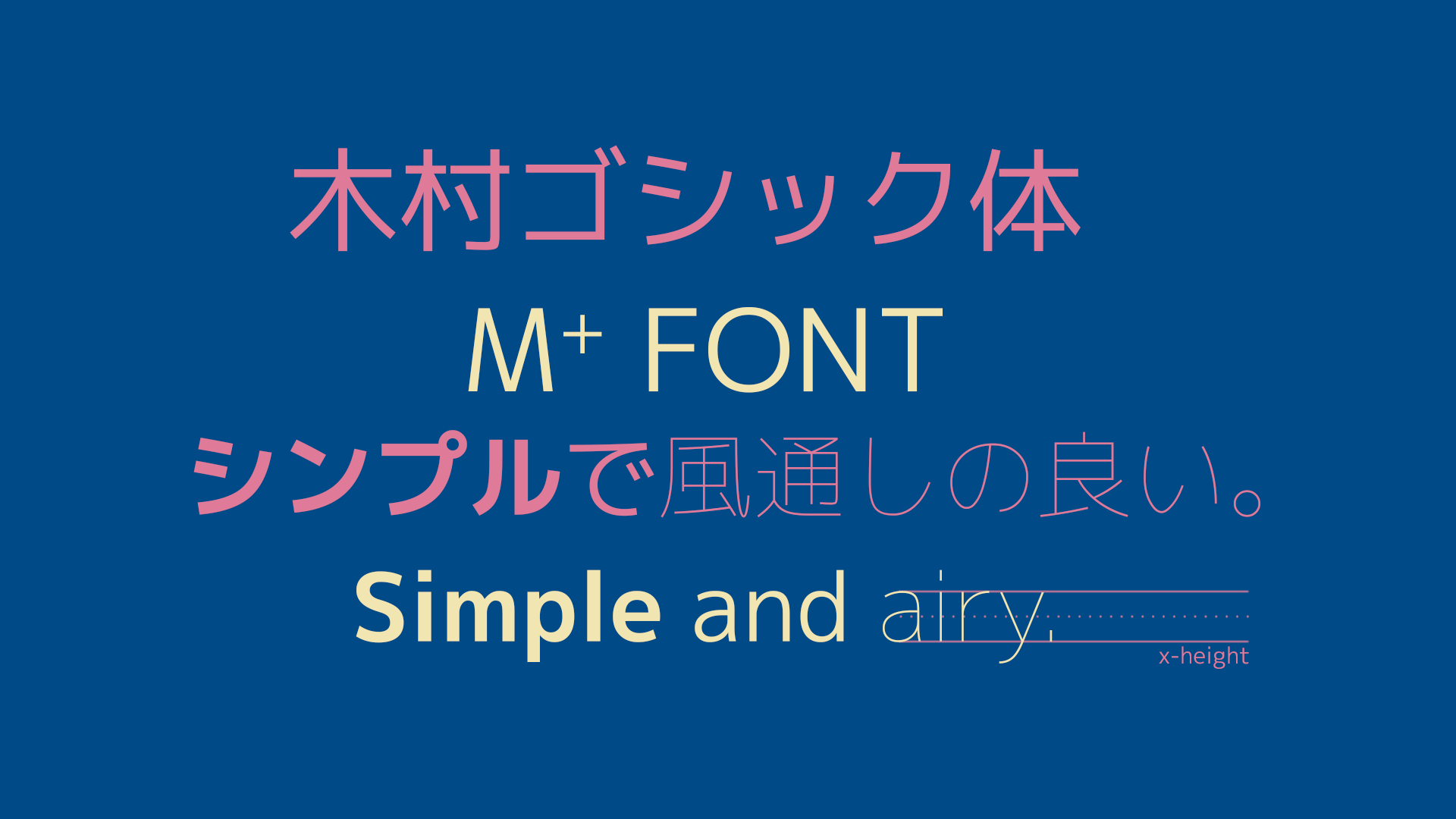 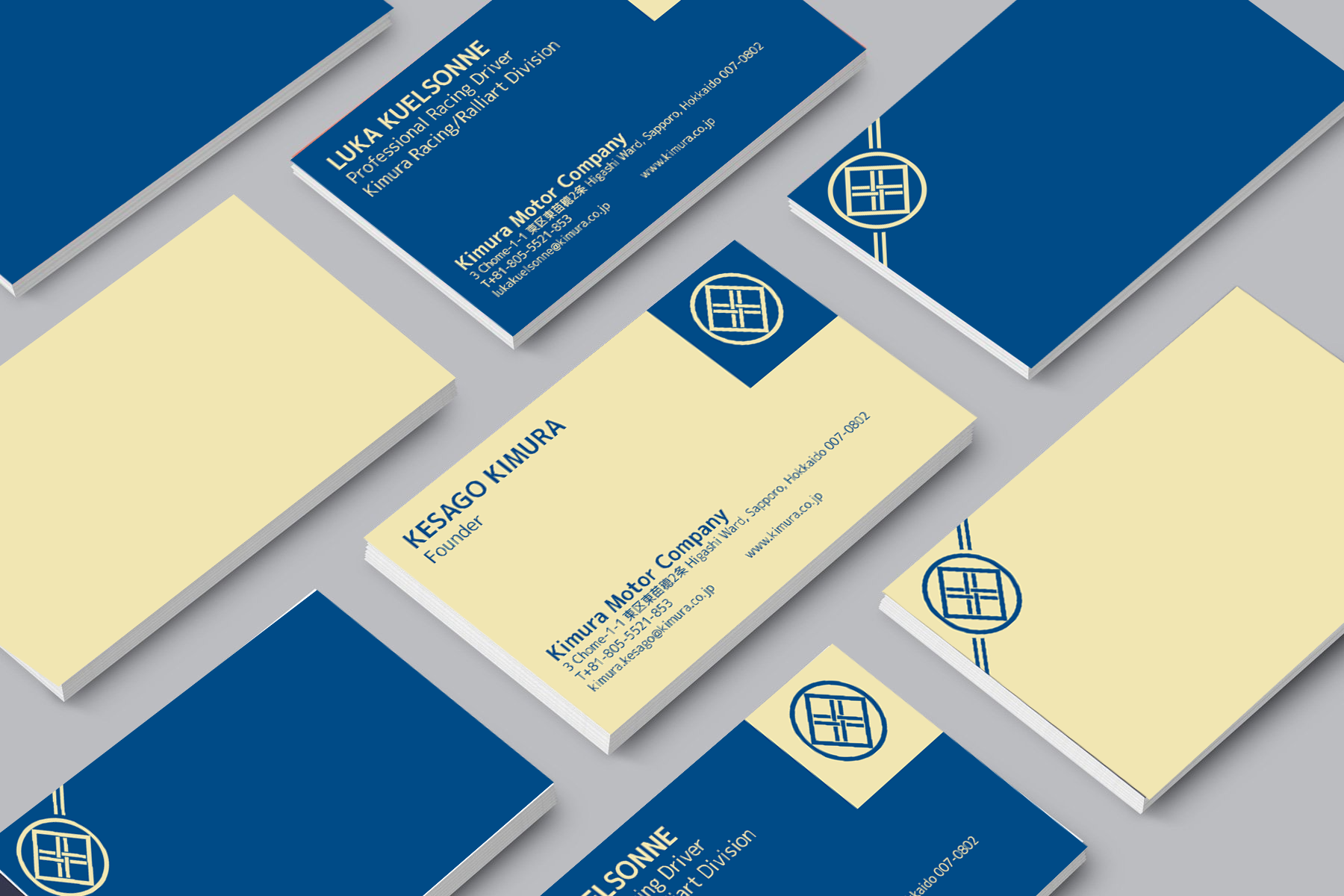 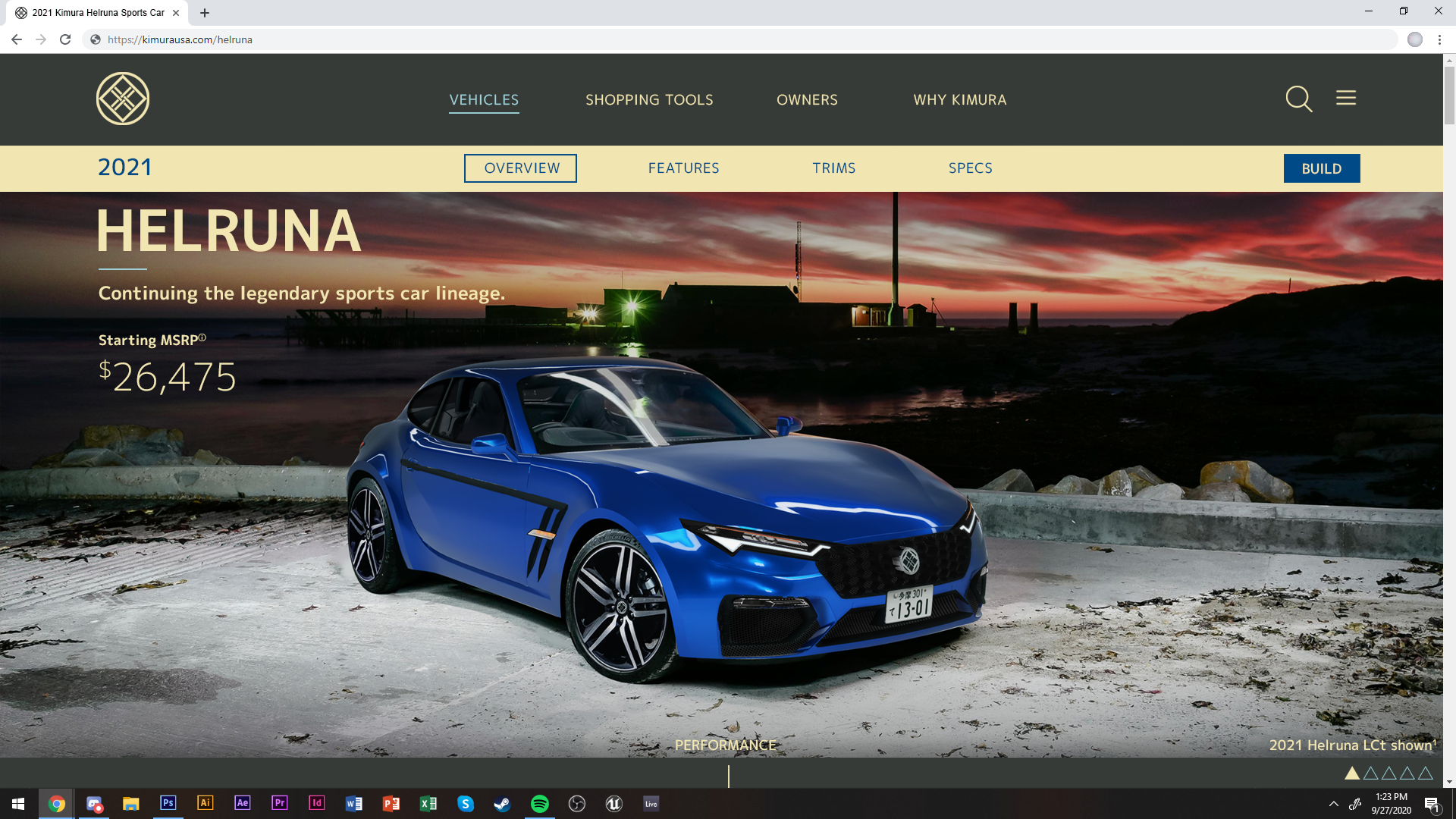 Finally, our logo has been tweaked in the slightest ways for balanced harmony. With uniform line widths and the new M+ font used for the wordmark, the Kimura of the future is clear, elegant, and adaptable.

Can you please stop being so amazing at this so we the lesser beings won’t feel so awkward?

Very pleasant design of that company visual image. That’s a kind of thing that I appreciate very much, yet quite often it isn’t done that well, and I mean real companies here. That grid in the OP nicely shows some family resemblance between various models. Why though are Vennela and Akegata only in the hybrid/electric section? I get the idea of some special models of this kind, like Prius, Ioniq or Bolt, but why two? Vennela on the first glance looks just like some variation of the Auburn. And why the new thread?

I get why you made yet another new thread specifically for Kimura - the new layout looks and feels far better organized, which makes it much more believable in my view. However, there is one thing that I cannot yet believe: You have raised the bar for formatting in any company thread. Besides, it’s given us a chance to know more about the rest of the Kimura range, not just its better-known models (Hana, Auburn, Auriga, Helruna), given time.

Why though are Vennela and Akegata only in the hybrid/electric section?

Vennela is a dedicated Hybrid, PHEV, and EV, with more upscale interior trimmings than the Auburn. Akegata is (currently) the only Kimura developed from the ground up as a pure electric vehicle. We will be unveiling a few more new cars so stay tuned!

I love cars like the Venella, cause you never see many people on here make dedicated Hybrid (base at least) Cars and I just love it so much! 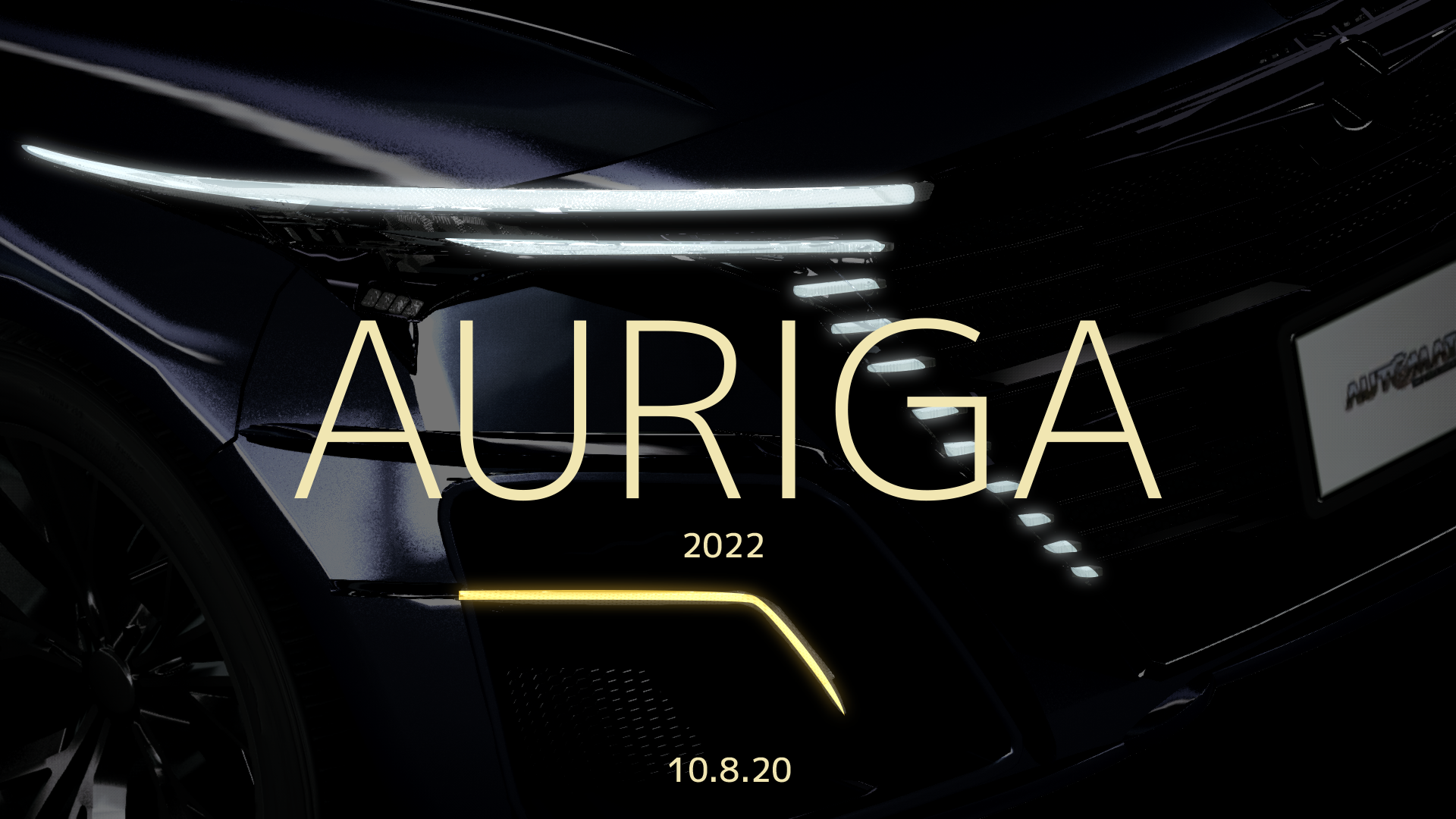 BRAWN TO MATCH THE BEAUTY.

The new 2022 Auriga comes standard with a 1.8 liter turbocharged engine for the first time, with a standard class-leading¹ 204 horsepower and 42 mpg highway. An optional 2.3 liter turbo pushes out 280 horsepower and, with an 8-speed automatic, allows for a 0-60 mph run of under 6 seconds² while maintaining up to 36 mpg highway. A plug-in electric hybrid is expected to debut in 2021.

With a standard rear 5-link suspension design and available adaptive dampers, the Auriga cuts corners with enthusiasm. The customizable drive mode selector has 3 presets - Comfort, Eco, and Sport - as well as an Individual setting which allows for the driver to control inputs such as throttle response, steering effort, and suspension stiffness, among others. Aluminum panels for the hood, roof, and trunklid lower the weight and center of gravity of the Auriga for a more agile driving experience. 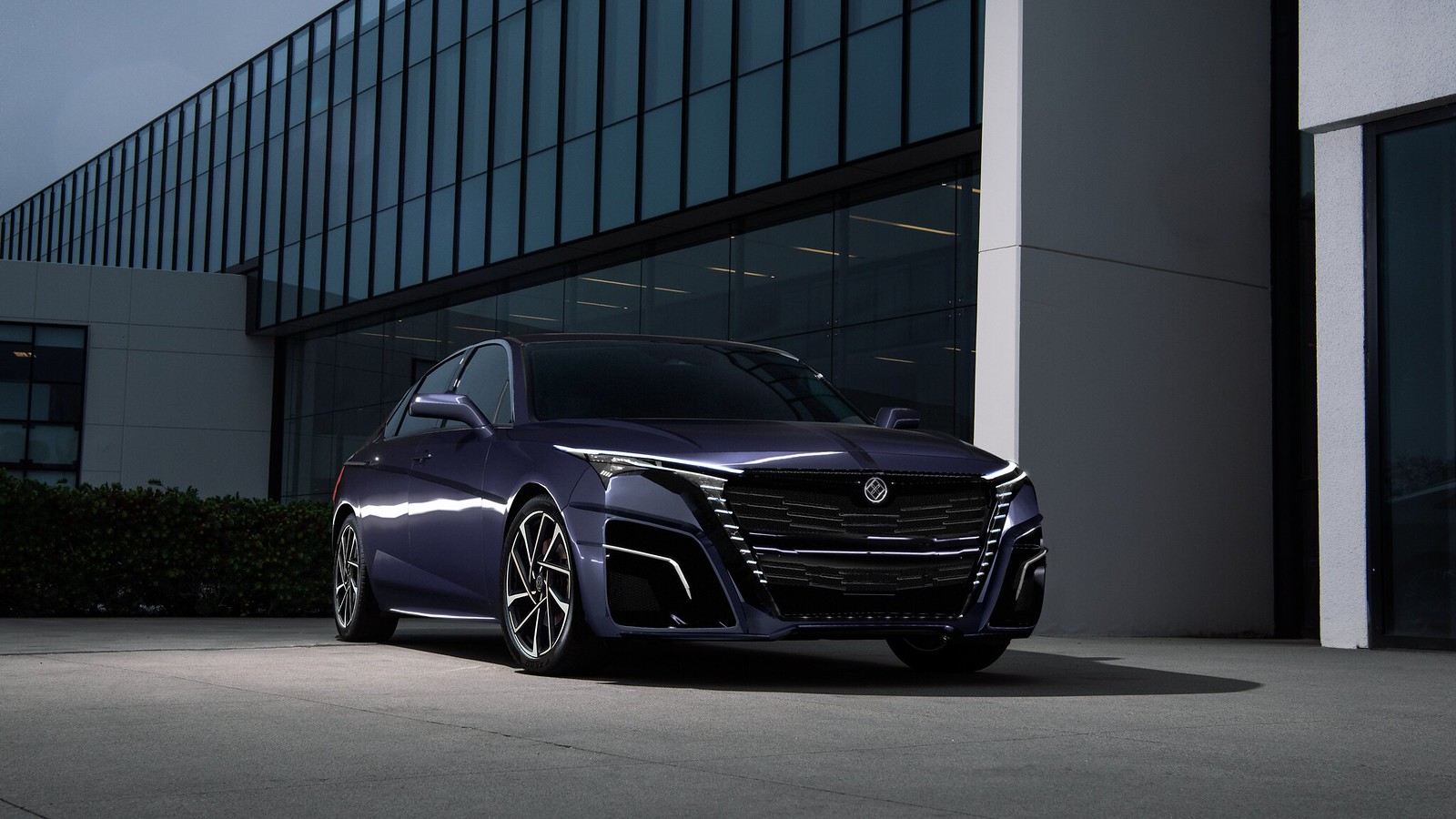 THE NEW STANDARD FOR DESIGN.

The Auriga’s bold new look for 2022 is the driver for the new Kimura design language - “HON’NE” {本音} represents a person’s true feelings and desires, the deepest human emotions and motivations. The new Auriga builds off of this by activating the every niche of human emotion - the intrepid design pushes the envelope of design even further, a trailblazing exploration of what a car can look like.

The LED daytime running lights integrate into the pattern of the front grille seamlessly, creating a striking appearance that can’t be missed. Angular vents create a single, unbreaking line that travels from the lower front fascia around to the wraparound taillights, which have an angled lip that echoes that of the front end. Chrome window trim begins at the base of the A-pillar and follows through past the greenhouse to accentuate the Auriga’s fastback-buttress shape. LED lighting comes standard on all Auriga models for this generation.

Enjoy sumptuous design inside the Auriga, which challenges convention in the midsize sedan market with its luxurious appointments unmatched at this price point. The optional digital driver’s display with available 3D eye-tracking is a next-generation touch that previews the future of Kimura. The sharp overall interior design is defined with unbreaking lines and high-quality material options. 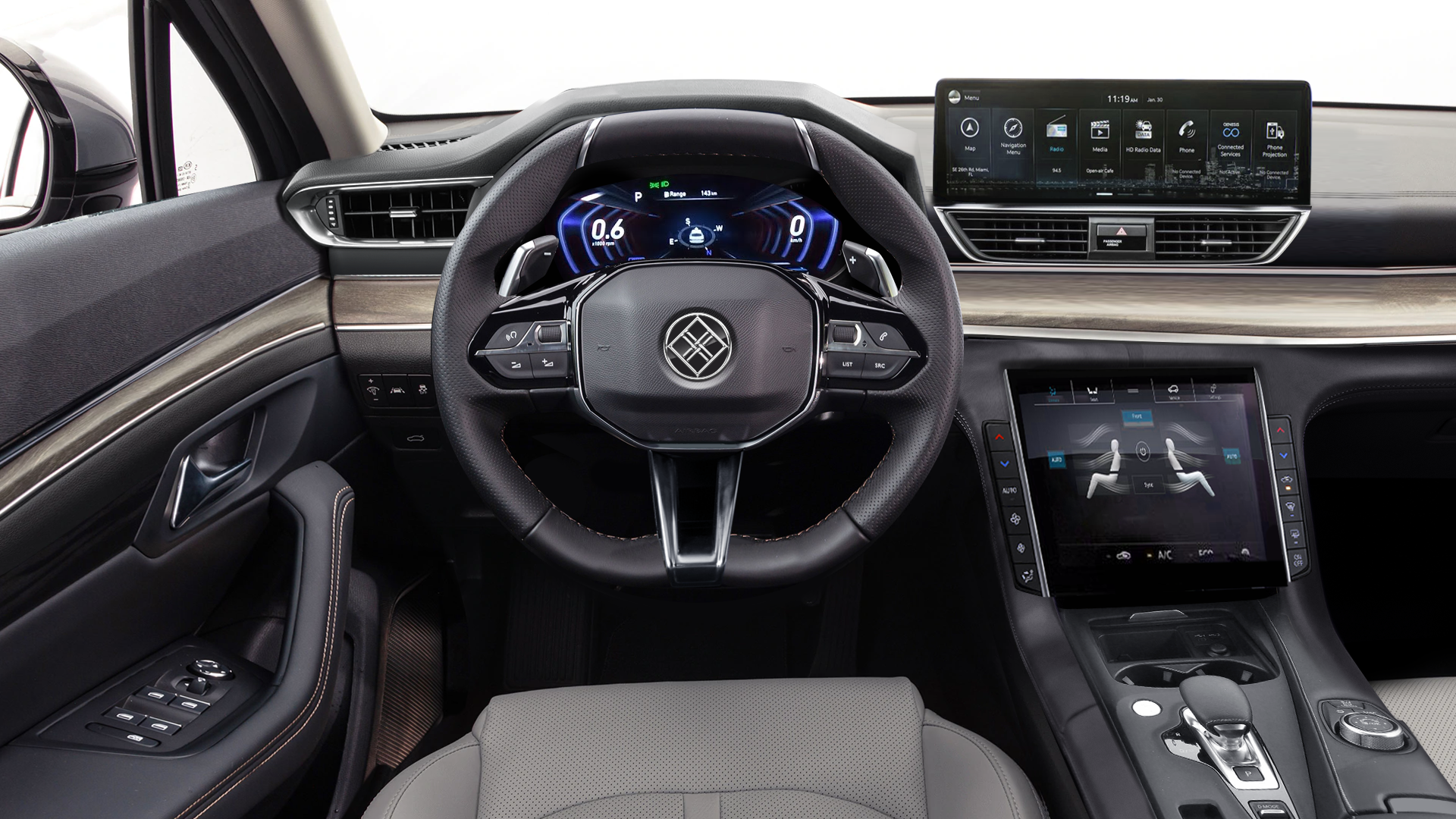 Standard Apple CarPlay® integration for your iPhone® and Android Auto™ for compatible Android™ devices means that you can utilize the power of your phone wirelessly. In addition, wireless phone charging is available, along with Amazon Alexa compatibility and SiriusXM® Satellite Radio. Everything is connected through the dual-screen infotainment system. As standard, this would be an 8.9" upper infotainment screen and 6.7" lower climate control screen, whilst the 11.2" upper infotainment and 8.5" lower climate control screens are available.

Every Auriga comes standard with KimuraGuard™, a suite of active safety features designed to keep you at peace of mind. Pre-Collision Detection System (P-CDS), Dynamic Radar Cruise Control (DRCC), Adaptive Road Departure Detection (ARDD), and others protect you and your passengers. 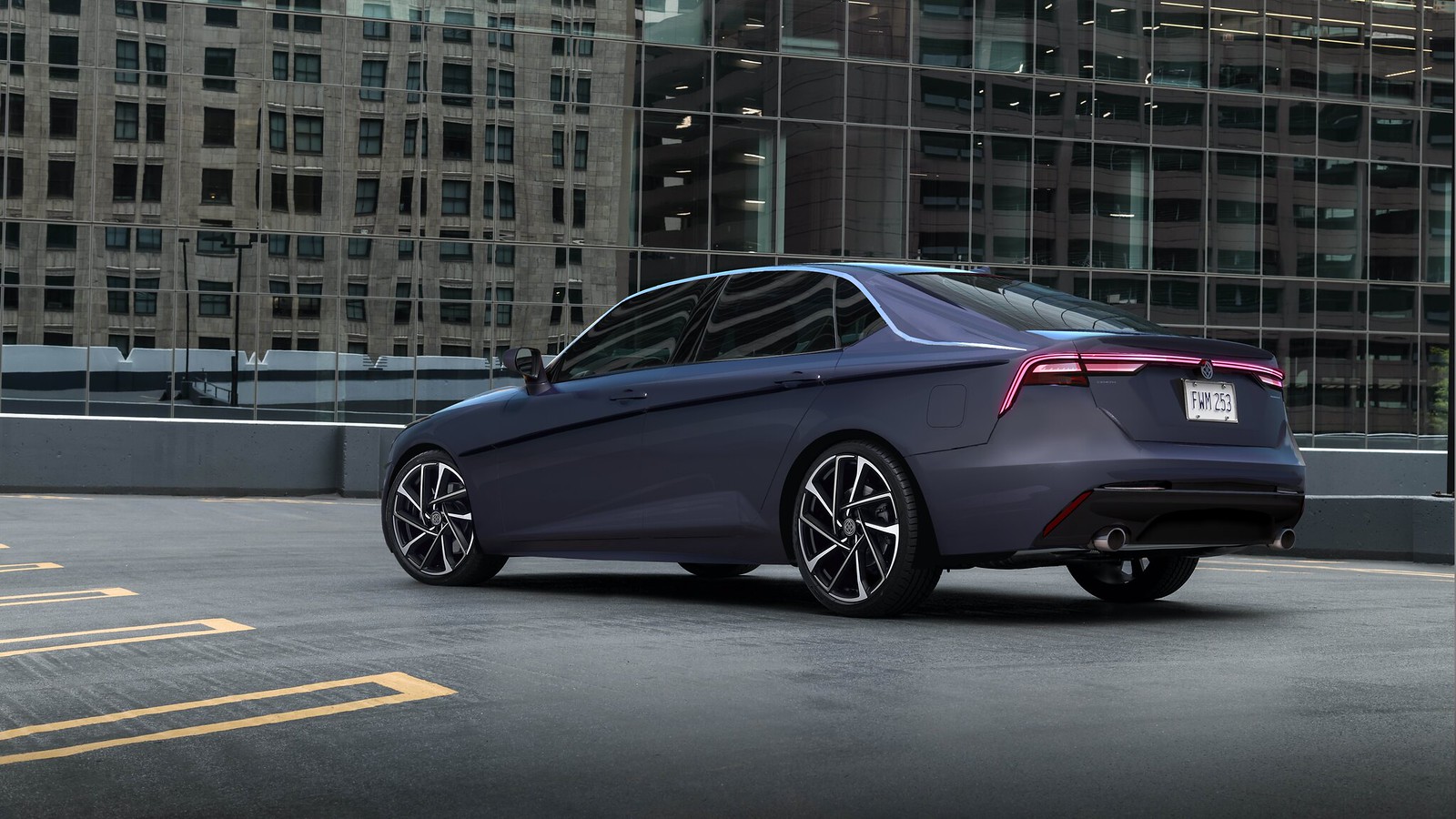 This is on a different level, outright unbelievable

The newest version of the Auriga is the best one you’ve made to date - the excellent presentation is icing on the cake. I’d spec mine in Mariana Blue Metallic with an Asahi Tan interior if I had the chance.

Mmm, that rear, just perfect. Out of curiosity, what’s the reason for using Beam acceleration times? I’ve seen it used in some posts by now.

It does change a lot, in some case - which happened to me - also by nearly half a second… surely has to do with manual or automatic gear changes