So I took out a small car loan to get a decent ride for my new job back in the middle of July.

And now i’m finally posting it

I needed a newer car that I could depend on because my new job, which is actually in the field that I studied in college (yes I graduated, yay me, yay student loans)
But it’s over 50 miles one way from my parents’ house (between an hour and an hour ten minutes away)

So of course fuel economy was quite important, as was comfort. And after about a month of driving it, I am still liking my newer red car. I havn’t named her yet, as I havn’t had any good name ideas yet.

(And yeah, i still browse the forums from time to time but now i have much less time i could spend.)

Hot damn, sedan and manual! Not much of these around anymore, so take good care of it and enjoy it

It’s great to see that you, @findRED19, finally found red

Love me some Elantras… nice pick!

If any other nickname for it fails, you could always call her Elanor… And this one won’t run out of fuel on you as it did to Nic Cage!

Joking aside, European markets don’t really feature Elantras (not mine at least). Closest thing size-wise would be the i30 sedan. So I don’t know much about them, although modern Hyundais are more reliable than ever.

Here’s hoping she is a capable helper for your new worker life!

Some of you have heard rumors… Lemme set them straight:

I got engaged to my girlfriend on December 22 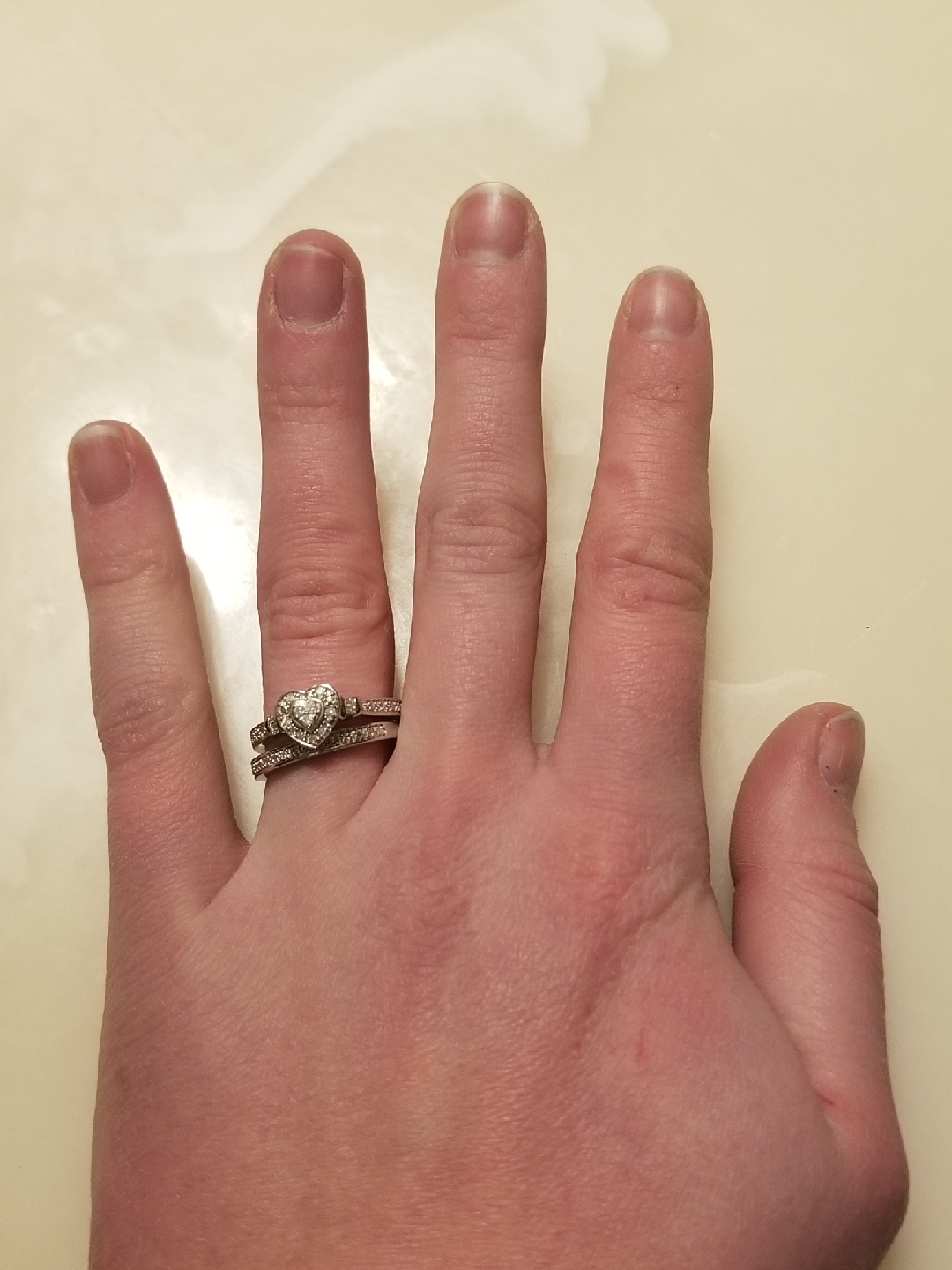 Ayyyyyyy, congratulations! I wish you two a happy life together for ages to come

Congrats on the engagement!!!

I’ve past the 60k mile mark on my Hyundai with absolutely no troubles (and just a few tiny quirks).
Regular oil changes have been done with full synthetic (to save time since I still drive everywhere quite a bit even though my commute is now only 25 minutes.) and the car has run flawlessly.

Little quirks would be the sunglasses holder sometimes decides to fall open on its own (fixed with blue painters tape lol) and the shifter handle can occasionally twist a bit on the stick (annoying but nothing serious).

So today, while on my way home, I was enjoying the great weather. Front windows down, stereo just loud enough for background music, I was leaving town on the 2 lane highway that I take every day.

I got behind a blue smaller crossover thing which was behind a bus (a coach bus I believe.) The bus took a right into a gas station, taking its sweet time to turn. The blue crossover and I were in no hurry. Waiting to take a right out of the station (to go the direction the blue crossover and I were headed) was some redish GM crossover thing pulling a small trailer with an ATV or something on it. As the bus finally got out of our way we drove past the GM crossover as it inched to try to see beyond the bus (typical to expect that.)

I was in a relaxed mood following the blue crossover, and the blue crossover was taking its time as well. We crested the hill right after the gas station, just finally getting to the 55mph speed limit. I kept my distance as to not rush the person ahead of me.

We go maybe 1/5 of a mile and the blue crossover signals to turn left. No big deal, I start braking early and lightly while downshifting.

I check on the red crossover behind me and think he’s coming a little fast, but should be slowing down soon. I come to a smooth stop, putting my shifter into first as the blue crossover has to wait for one oncoming vehicle. Then I checked my rear view mirror again… and notice the red crossover is NOT STOPPING.

There was a point at which the red crossover got to a point of no return, and my instincts kicked in.

The blue crossover is not even finished turning (only about half way, still getting through the oncoming lane) and I gunned it. With my foot on the floor, I aimed for the middle of the road, away from the red crossover and as close as I could squeeze past the blue one. At some point I shifted into second. Somewhere between second and third gear I was able to hit my horn, not sure exactly where the red crossover was, and I moved back into my lane. The red crossover was a bit closer than I expected when I moved back. I saw a car ahead of me turn left into the oncoming lane (opposite direction to me) and then noticed I needed to slow down. I was doing just over 65 when I finally glanced at my speedometer while applying the brake.

After that scare, the red crossover (with a trailer, just a reminder) had backed way off as I kept my speedo at 60 (where it usually sits) for the ride home.

There are no scratches or dents or dings on my car.

I will never buy another commuter car without it having equal or more kick-down power than this one, as this is the closest I ever want to come to being rear-ended.

Sooooo… I really love my car, but at the same time I don’t want to trust it anymore.

So, I was leaving work about 2 weeks ago on a Wednesday. It was between -1 and 1 degree F outside. I had sat in my car letting it warm up for about 5 minutes. I eased out the clutch as I drove to the exit in the parking lot. No cars coming down the road, so I proceeded to take my usual right hand turn onto the residential road.

And then the engine decided to play dead.

I instinctively pushed the clutch as I tried to keep the engine alive, but this was no blown fuse engine death, this was no fuel starved engine death… This was “oil pump failure - like” engine death. The oil light came on, the engine became rough, cranky, and like 2 cylinders had decided to drop out of existence.

I pulled to the snow-packed side of the road, baffled.

I tried starting again and was greeted with an engine that wanted half throttle to barely rumble up to idle while it knocked on death’s door. So I let it stop, and didn’t try again. I checked the oil level in the zero degree, wind-whipped weather. It was between the add and full marks and I couldn’t see any sparkly specs in it (given this is just after the sun had set for the night).

I got my AAA renewed that night, and had finally gotten my car towed on the following Monday after work (mind you I called them at 9am and didn’t get a tow truck until 5pm!). In the days between renewing AAA and the tow truck showing up I had gotten help getting the car back into the lot (had a coworker tow it in with their truck), I had to take my Fiancee to the ER (she turned out to be ok

), and had gotten a Saturn Aura form my dad to use until my car got fixed.

Fast forward to today, and I finally got confirmation my car made it safely to the Hyundai dealership I bought it from, as I expected it to have fallen to the ticking time bomb killer:

The 1.8L Nu engine has been ticking owners off with its constant ticks, connecting rod knocks, predispostion to engine bearing failure and problems with oil sludge. These problems all happen within Hyundai's 10-year / 100,000 mile warranty, but the...

But Here’s the Twist:

My car was looked at by the Hyundai service team at the dealership and it had zero error codes of any kind and started up right away! No piston slap or rod knocking of any kind!

IE: It’s apparently perfectly fine, not a single problem to be had.

I know what I heard, felt, and experienced on that Wednesday night. It definitely had a problem then, but yet it appears to be perfectly fine (for the dealership).

So… I will be picking it up sometime after Christmas this week, and I’ll keep ya all posted about it as I start driving it again.

Sometimes I wonder about Ellie [the car]. I think she’s the type that is sweet, a little silly, and occasionally will pull a prank that is way off the charts without realizing how crazy it is.

Had one of these come into the shop having made a similar noise. The owner also said it died on her, but it started immediately every time I tried.