[PDC] Political Design Challenge Round 7: Can't Give Up The Pickup [CLOSED]

The following challenge is set in an alternate history that is not intended for any political statement past or present, but simply as a thematic backdrop for this particular challenge.

Your task: produce a blueprint for a pickup truck fit for a new era of tightened regulations… and for the drivers who are scared of having to give up the pickup.

REQUIREMENTS (to avoid the

Pretty sure they have “pickup” status as far as Automation body type is concerned so yes.

Similarly, I note PDC4 had a “cat required unless you recreate a diesel” rule. I want to do similar but don’t know where the line between “you recreated a diesel” and “just a weird petrol engine” is.

I am not sure, BUT i THINK PDC - 4 (the one that was never judged if i remember rightly)
had some explanation in its ruleset at what would constitute a diesel-esque engine

This would most likely apply to each individual slider, not the whole trim or engine.

That’s my interpretation of this as well.

Can confirm that’s the interpretation. Every individual slider can be as low as -1 or as high as +3. Which leaves you with decisions on which slider points are worth investing in given the price/PU/ET limits and incentives for undershooting them.

In answer to the earlier question, definitely leaning towards no wings, not least because… well the Dodge Ram Daytona (from roughly this actual era) was an actual example of an Automation challenge

that literally made it into production 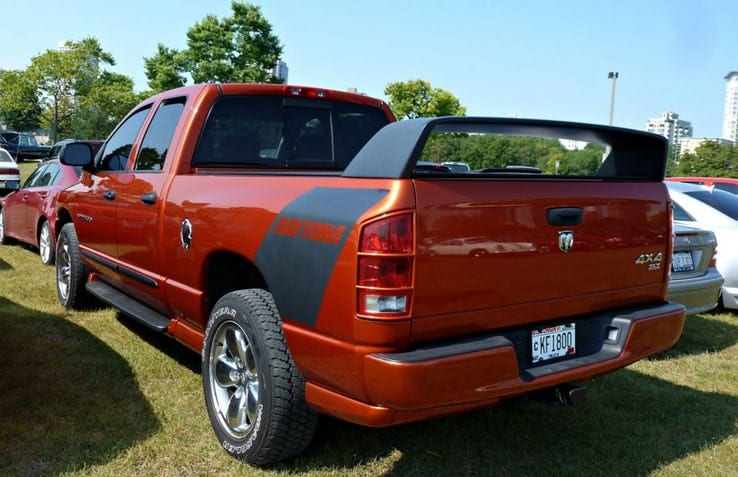 just don’t know quite how to draw the line. Help would be appreciated here.

Short on time here but, look out for:

Also maybe add a minimum load capacity or a minimum score for a utility market score so people don’t build conventional car like hypermilers that just happen to have a truck bed in the back.

And those Logans are a bit sturdier and have stiffer suspensions, so they’re not just a clone of their civilian counterpart.
Anyways, they’re not a full fledged heavy duty pickup, so

image.jpg720x480 95.1 KB
I shall bring your attention to the One Tonner
Way more capable of being a work truck than those, as for the fact these have driven wheels where the load is.
not at the front
and it’s technically more classic conventional car, Though it would be a Light-Truck Monocoque and not full Mono like the Logan, [I’m pretty sure anyway]
Fido 2020-03-12 22:49:13 UTC #14

Be careful, the Logan is still rated to carry 800 kilograms, and still manages highway performance with that with a mere 70 horsepower on tap. So it’s a pretty impressive amalgamation of “just enoughs”. 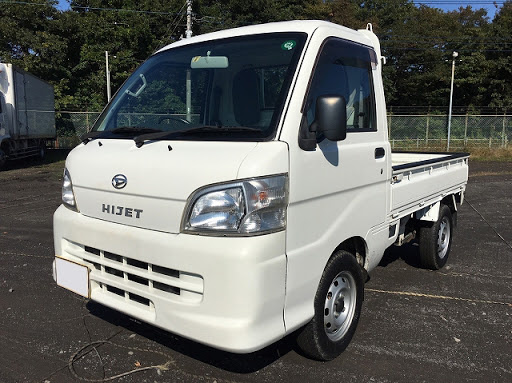 Thank you for the feedback, all! I was legitimately too nervous to read it until now. Apparently I was that desperate to worry less this week…

In answer to your queries:

@GetWrekt01 - thank you on things to watch out for with turbos. The lag issue will definitely be a killer in this context given how I’ve set this up, my main worry was actually that setting a really low boost turbo can actually reduce RON “for free” almost. I won’t set formal restrictions on turbos, but reserve the right to

@mgobla - I was actually thinking about scoring in the “heavy utility” category as a proxy for “functionality and meeting public demand” and backed out of it in the actual post! That will now go back in.

Chassis type will need to be either ladder or (probably more likely in this context) light truck monocoque.

Catalytic converters will also be required, clearing up that aspect.

Been sitting on this one for a little while…

What better way to placate congressmen than with an Independent Taxevasor?

Get yours today, and go anywhere! All at your local Independent dealer for the low, low price of 30,000!

Just as guidance, what heavy utility market score should it get approximately?

Heavy Utility really doesn’t care about comfort, so I’m not 100% sure that’s a good indicator for a US based truck.

Yeah I’m not entirely sure either, I didn’t list comfort specifically as a scoring category but I probably should account for it on some level. The emphasis is going to be more on the Proper Truck qualities anyway just because those are the ones that the target market is scared of being regulated out of existence.