now that is hot

a mod called negatape for removing the roof, the Roadster pack for adding seats and whatnot, and a lot of patience 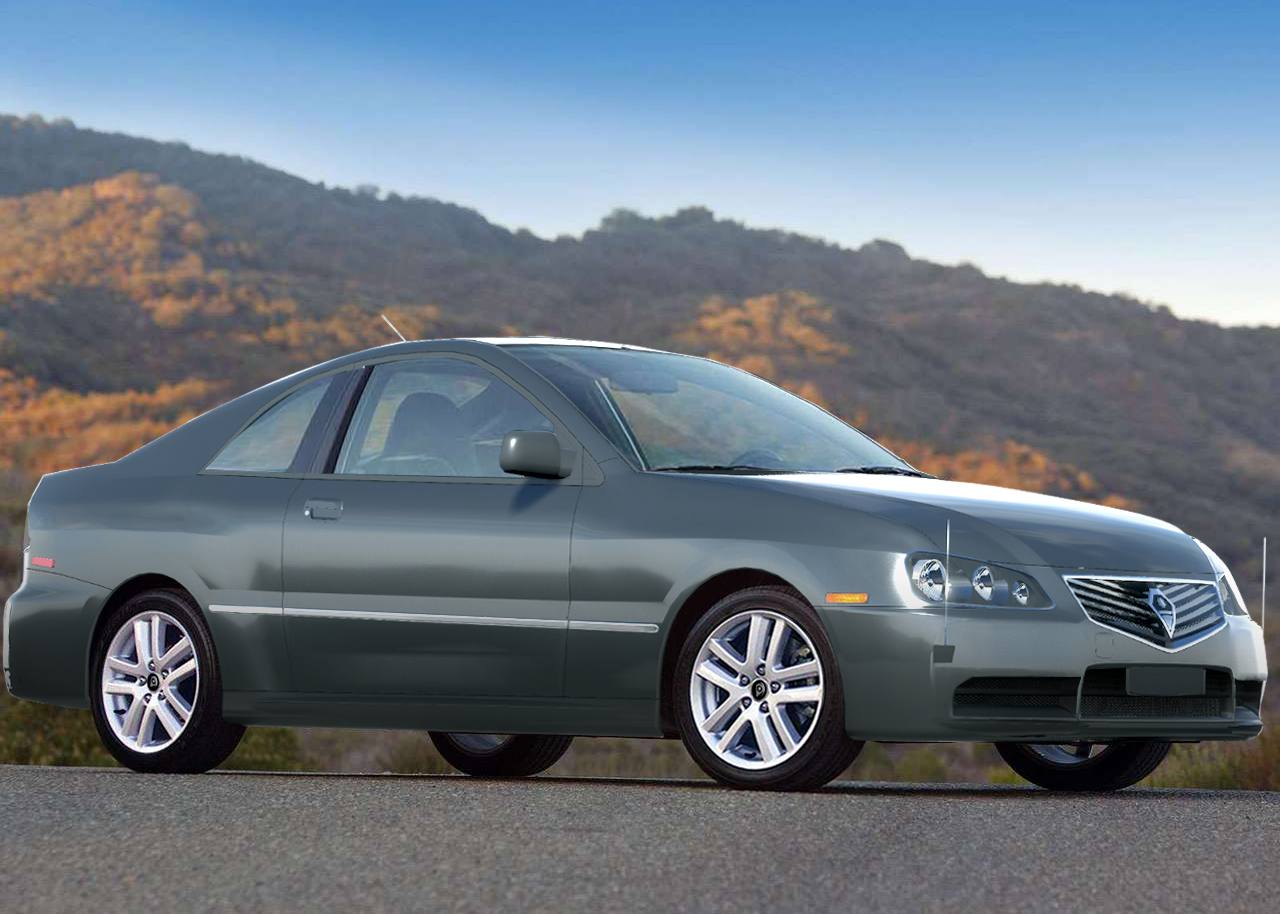 8xoOC4J.png1280x914
In the mid-2000s, the newly-revived Quezon Motors was looking into making a more mass market friendly vehicle, one different from the driver-focused, hardcore SR-2 that restarted the brand.

Potential competitors for this new coupe were the Infiniti G35 Coupe and the BMW 2-Series, cars that more or less dominated the compact executive coupe market segment.

And so in January of 2006 at the North American International Auto Show, Quezon introduced the Cordova to the world, a proof that they were to rise again like their glory days. what 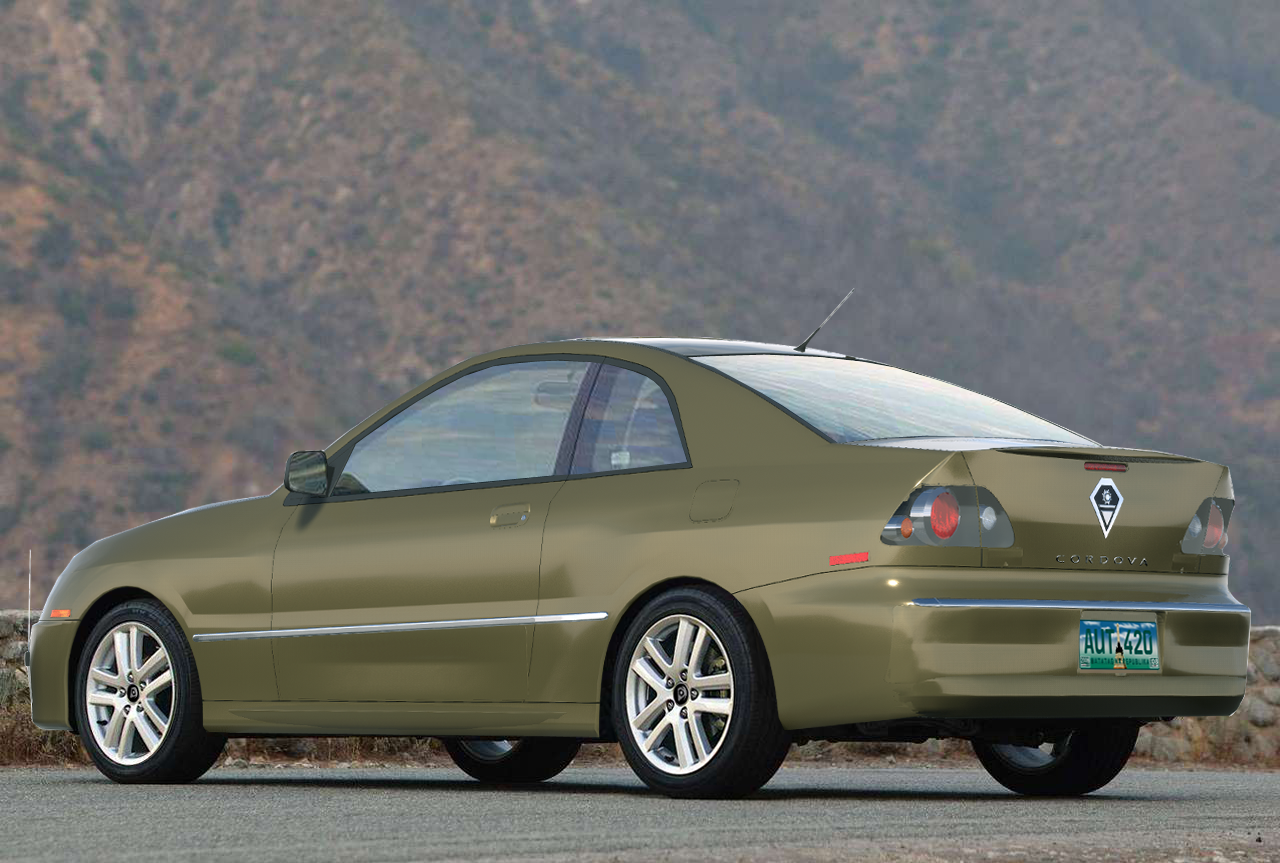 Both engines were mated to a Getrag 6-speed manual gearbox, with an Aisin 5-speed automatic transmission being available later in mid-2007 when the car went on sale internationally. The car came standard with a Limited Slip Differential.

The interior consisted of some premium leather seats and upholstery, as well as a fresh nice sounding CD player.

The Cordova utilized an all-new platform later used in many other cars that followed, and was also the first Quezon to feature the now-iconic “Pentagrille” design carried over onto many other Quezons. 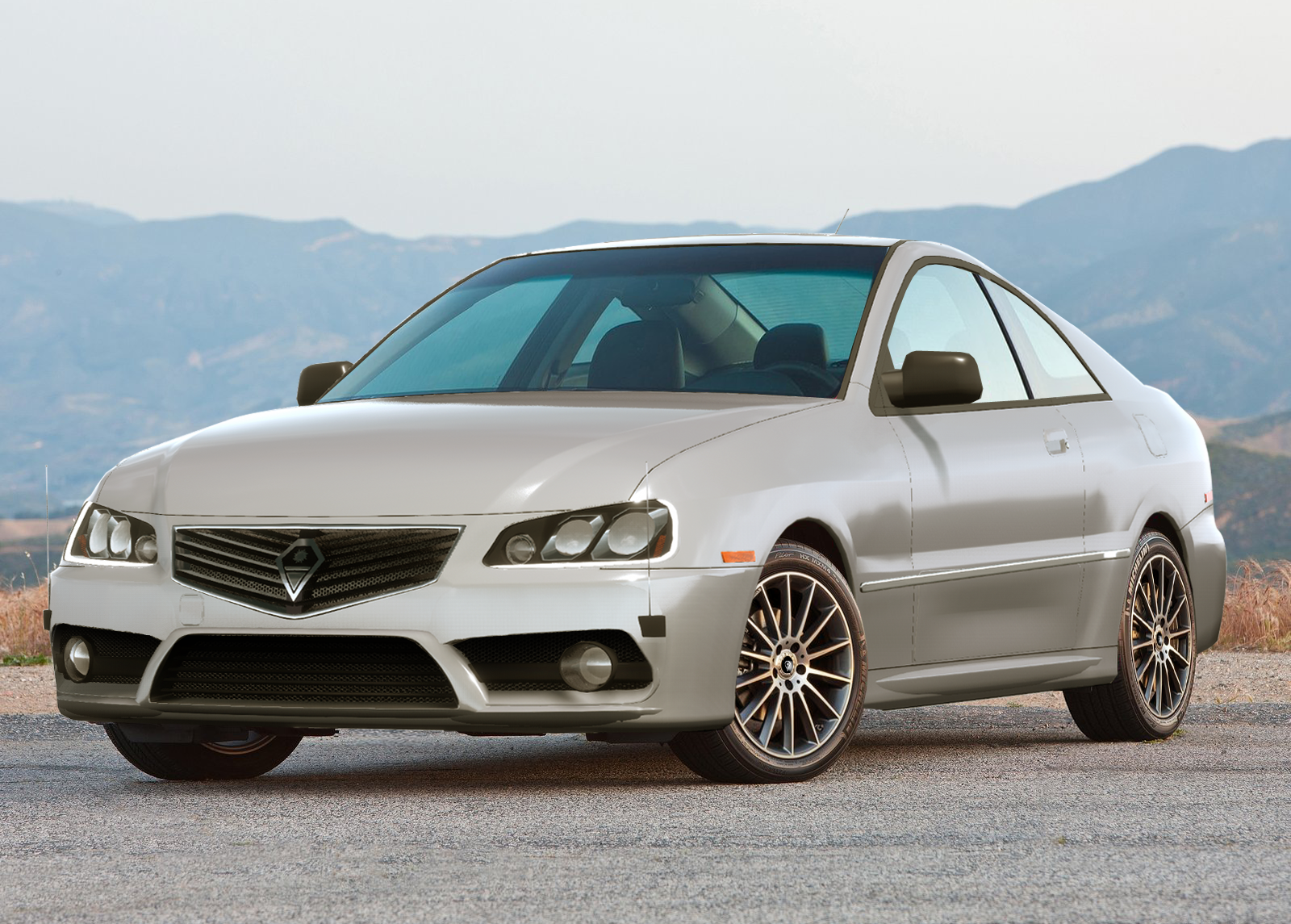 FS0ogoh.png1600x1145
In 2010 the car would recieve a facelift which featured a revised lower fascia as well as more modern headlights with DRLs and new taillights.

Both engine options would receive an updated ECU which allowed an increase in power to 258hp for the Inline-4 and 290hp for the V6.

A 6-speed Aisin automatic transmission replaced the old 5-speed auto, which allowed for better acceleration and fuel economy when equipped with it.

Production ended in 2012 to make way for the second-generation Cordova. 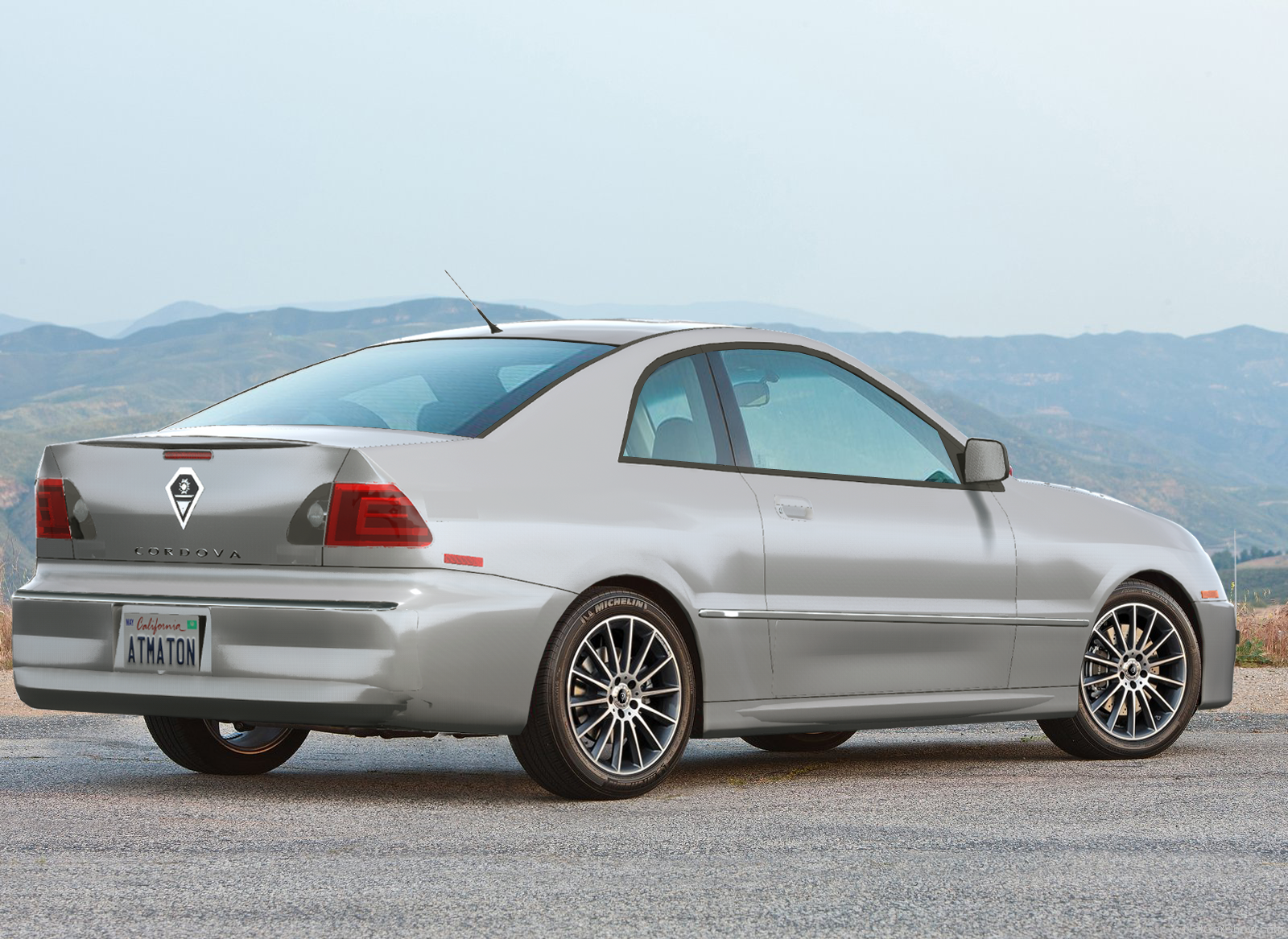 Not like I am complaining, it looks the part, and certainly does the job with beefy engine options (both the 2.4L Inline 4 and the 3.6L V6 pushing 200+ hp, a barrier that only more expensive sports car offered for the Philippine market at the time can do).

Quezon isn’t finished, I still have an entire model lineup to finish.
I’ve taken a break from Automation for a while until all mods are updated for the new engine, and once that’s done i’ll continue work on this.

The Philippines' most iconic luxury car has been brought back with modern looks, performance, and luxury.

The original Princesa's design cues, now brought into the 21st Century.
Its iconic "twin-bar" tail lights are brought back with modern design.

Powering the Princesa is a hand-made 10-litre V10 with design help from Quezon's Le Mans racing team.
With 678* hp and 699* lb-ft of torque. Available with a ZF 8-speed with either RWD or AWD.
Acceleration to 60 in under 4.6 seconds.**

Princesa in Supremo Red with optional 23-inch wheels and All-wheel-drive.

Designed and Built in the Philippines.*

For the first time ever, the Princesa's components were designed from the ground-up by Filipino engineers, and hand-made by skilled Filipino mechanics.

You can taste the rainbow.

That is a seriously impressive machine - it’s as much sports as luxury, and it’s powerful and opulent enough to make a Wraith or Flying Spur blush. I still wish there were more exterior colors available; a deep metallic green or blue would be nice to have at this price point. 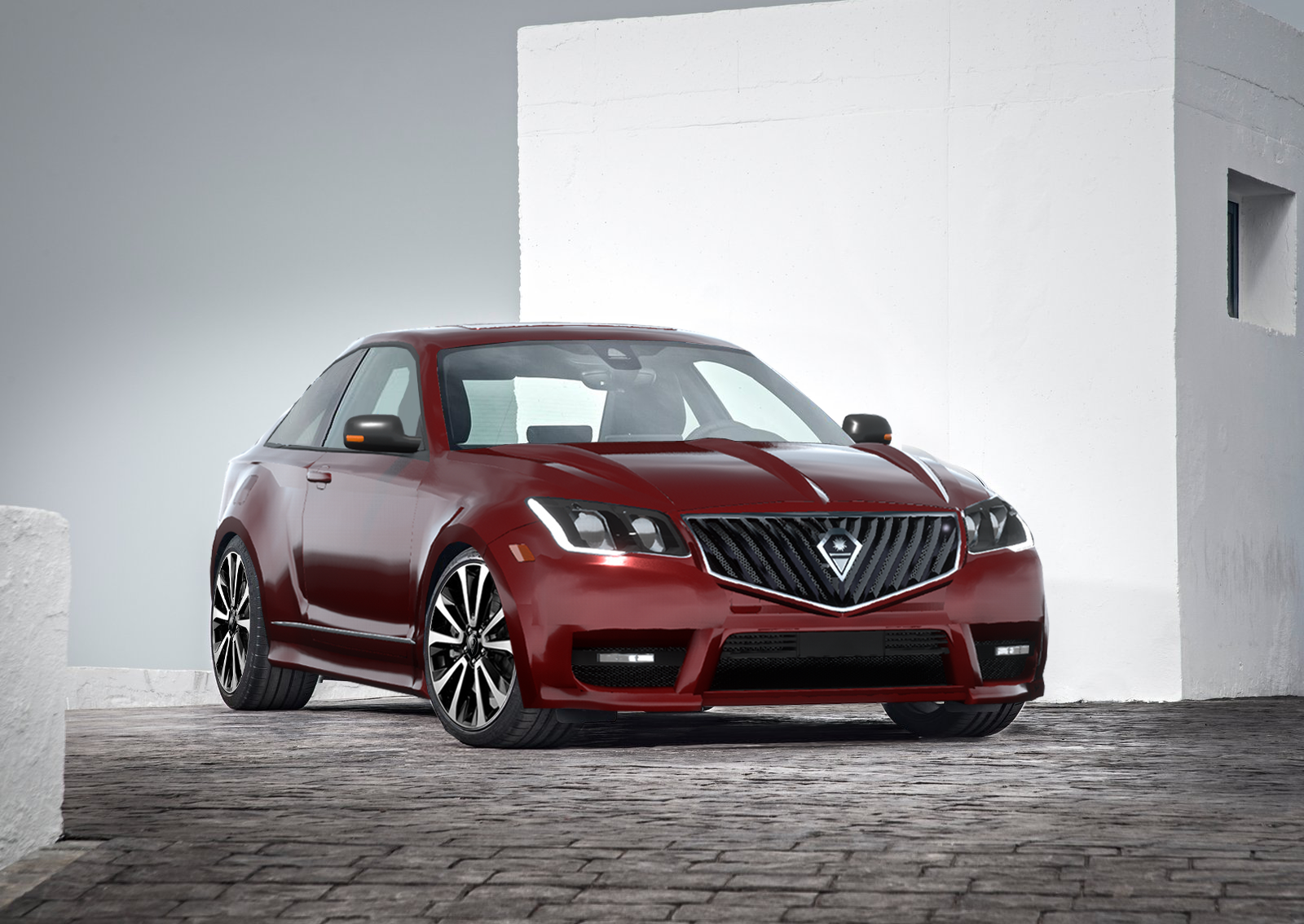 Proper looks for a proper sportscar.

Because what good is one if it doesn't look the part? 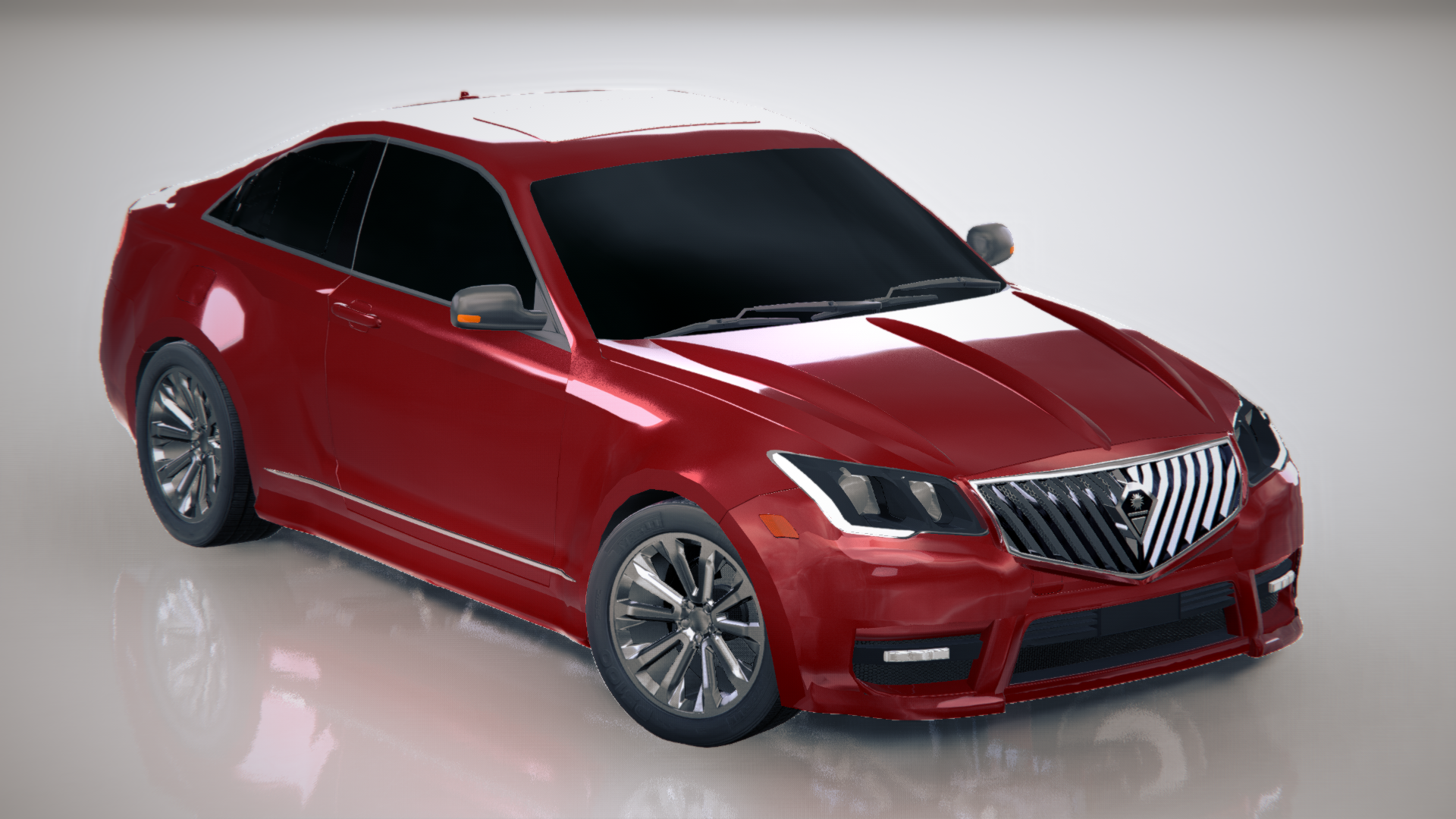 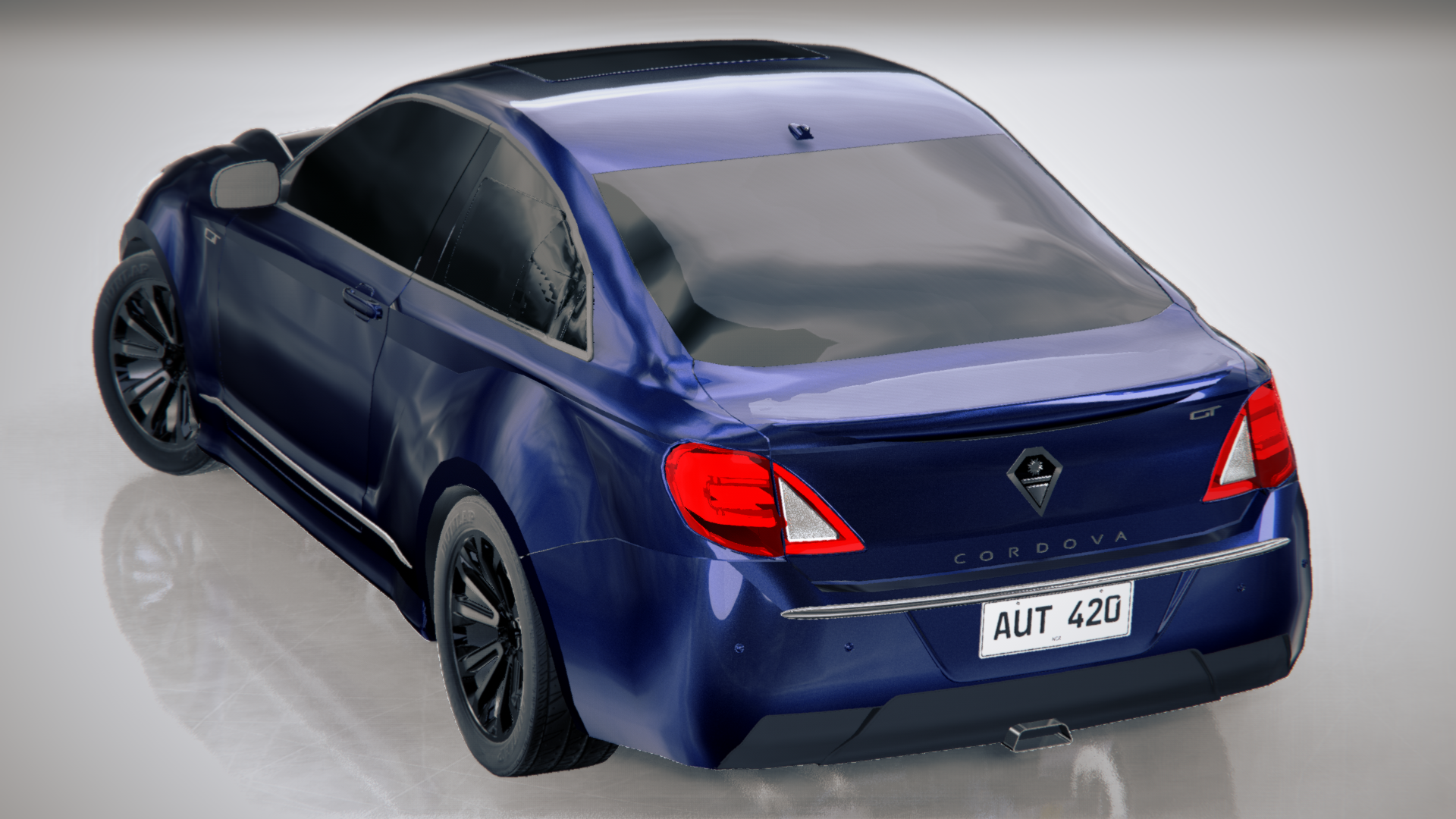 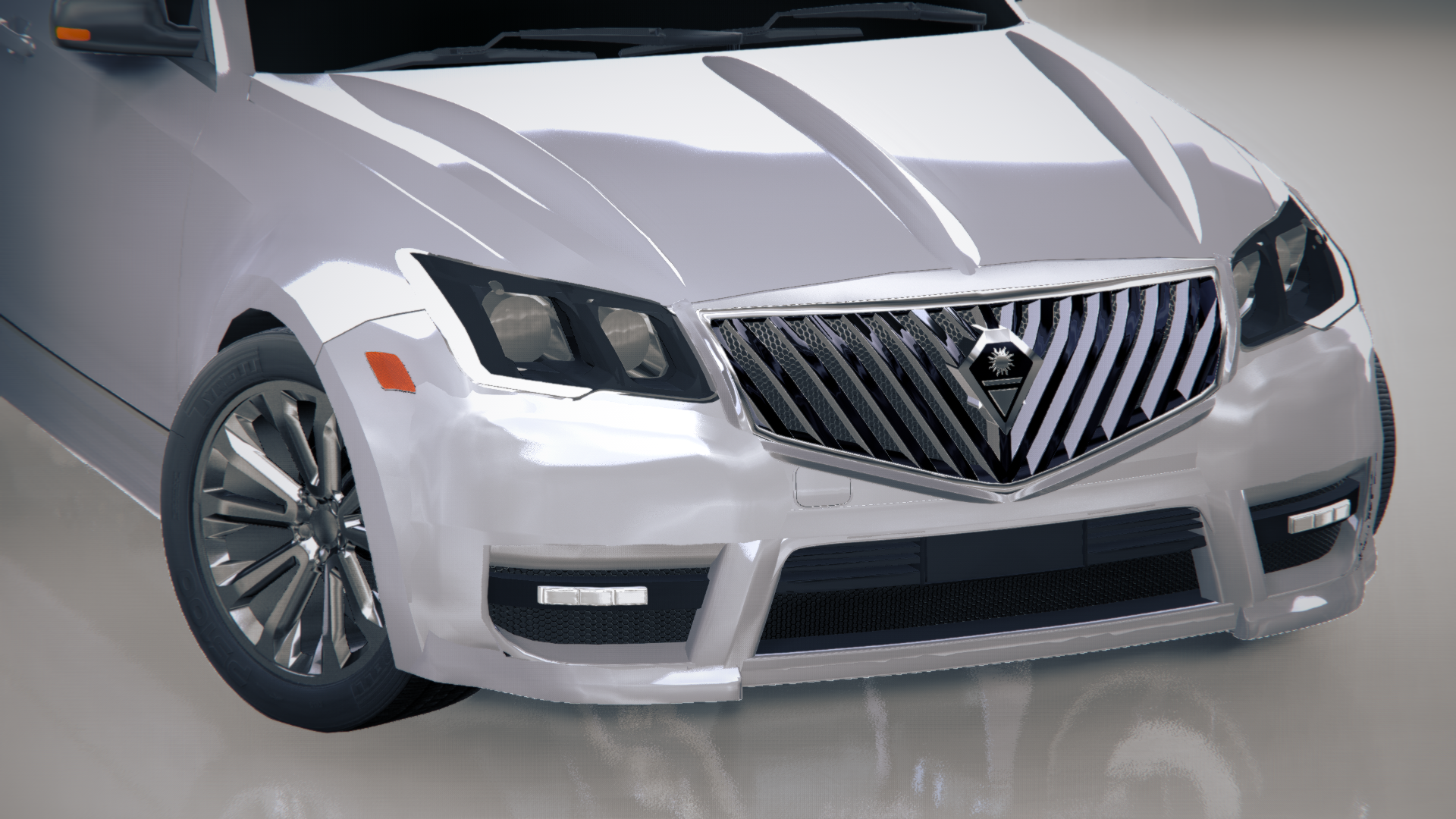 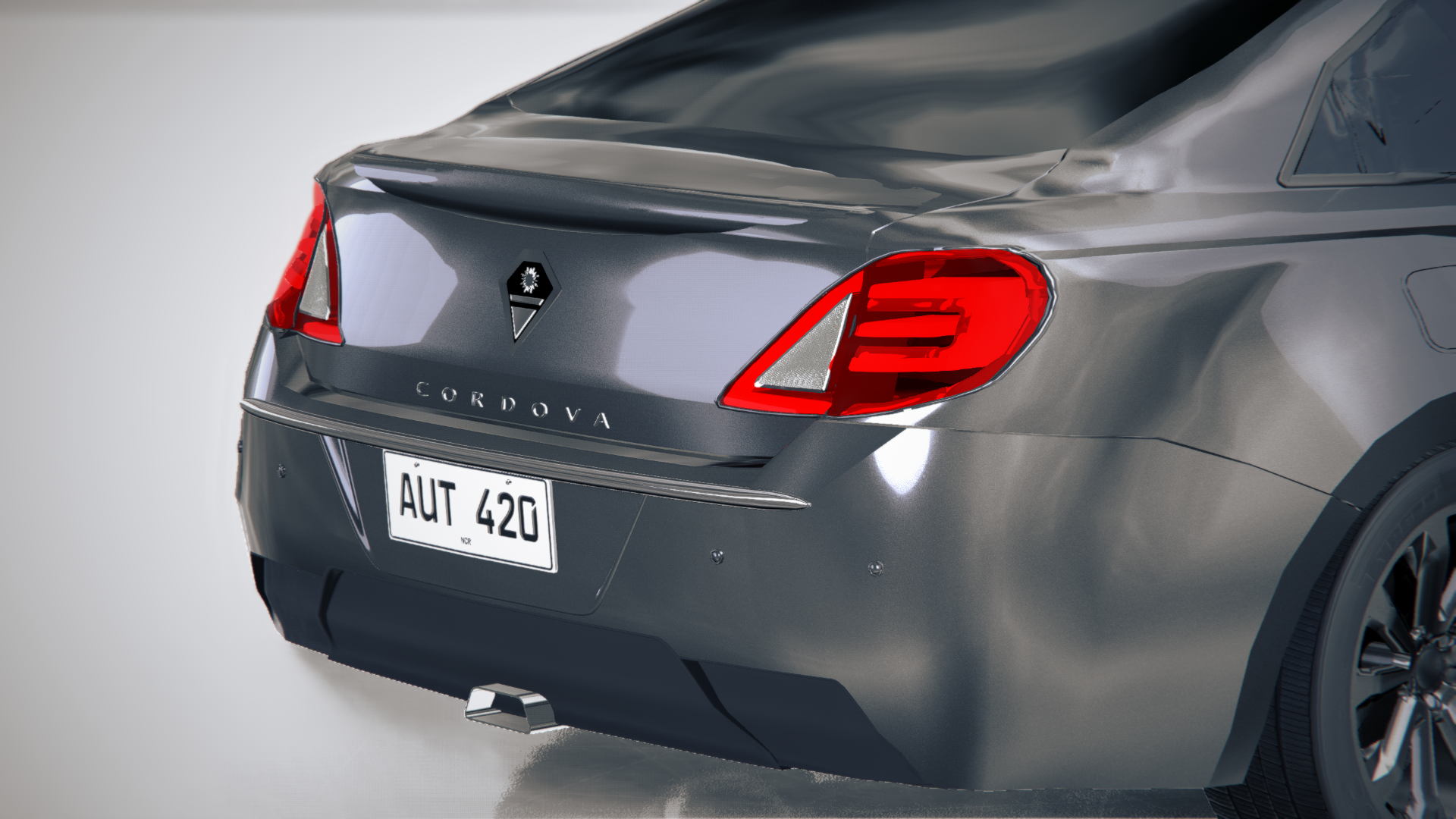 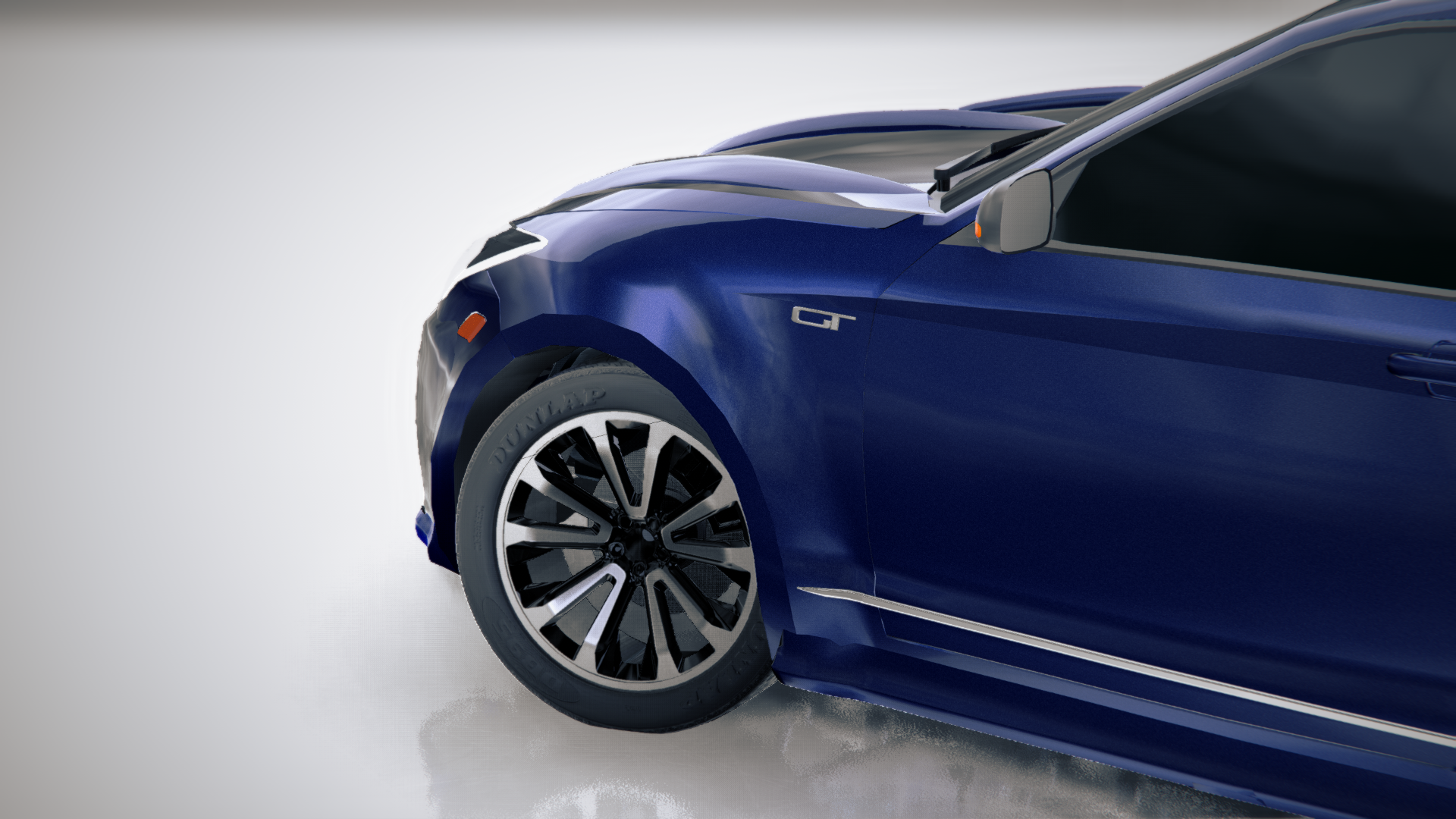 0M7QeJ1.png1920x1080
High-performance.
Born from Quezon's experience in motorsports, the Cordova takes much of what was learnt and applies it to here create as best of a driving experience as it can be. Available with either a 2.2-litre turbocharged inline four, or a high-performance 3.5-litre twin-turbo V6.

Also available with all-wheel-drive in the Cordova GT.
No compromises, we promise. 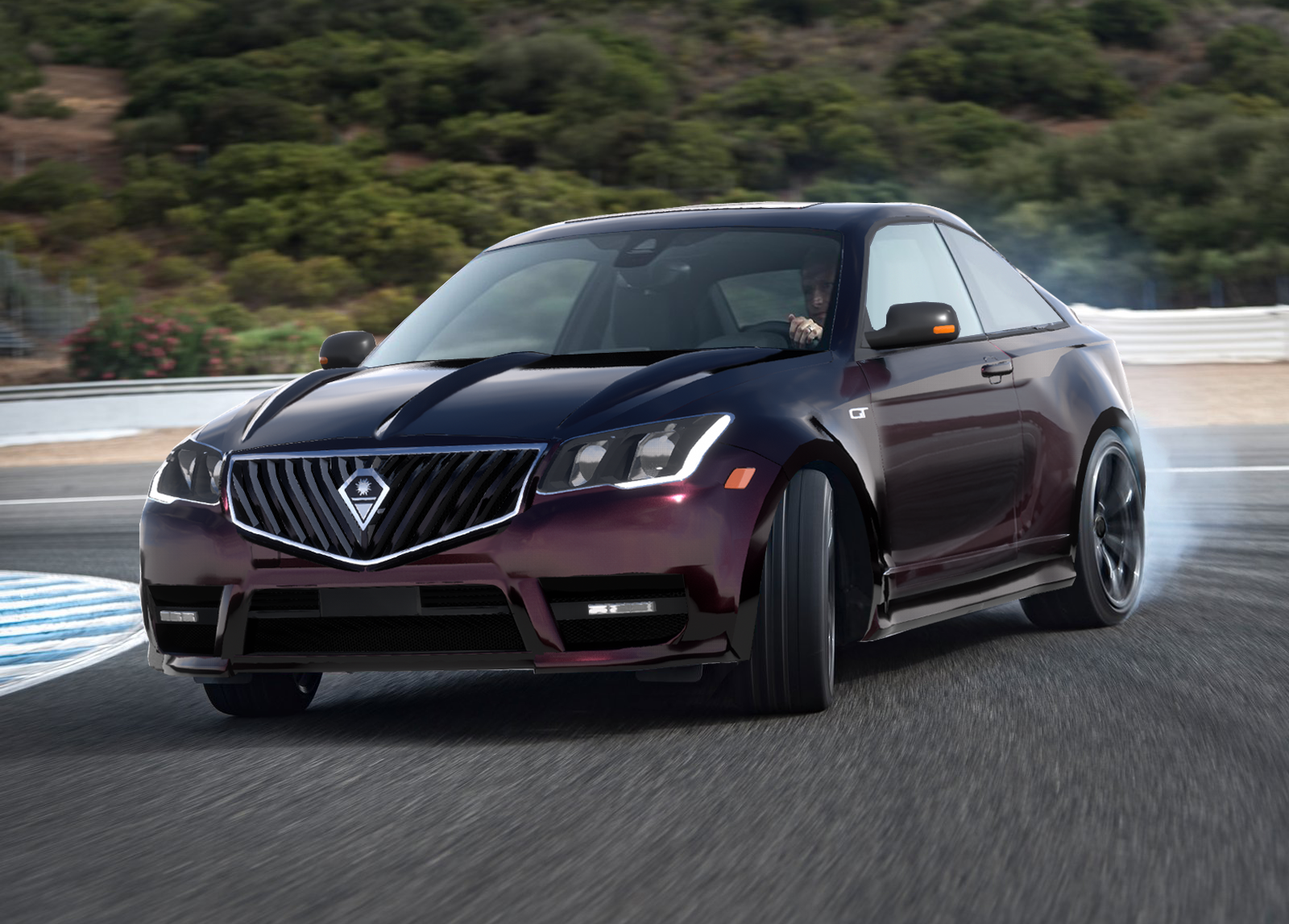 WJPbfS2.png1600x1147
Also available with 5-spoke Carbon Fibre wheels for those who desire just a little bit more performance and lightness. 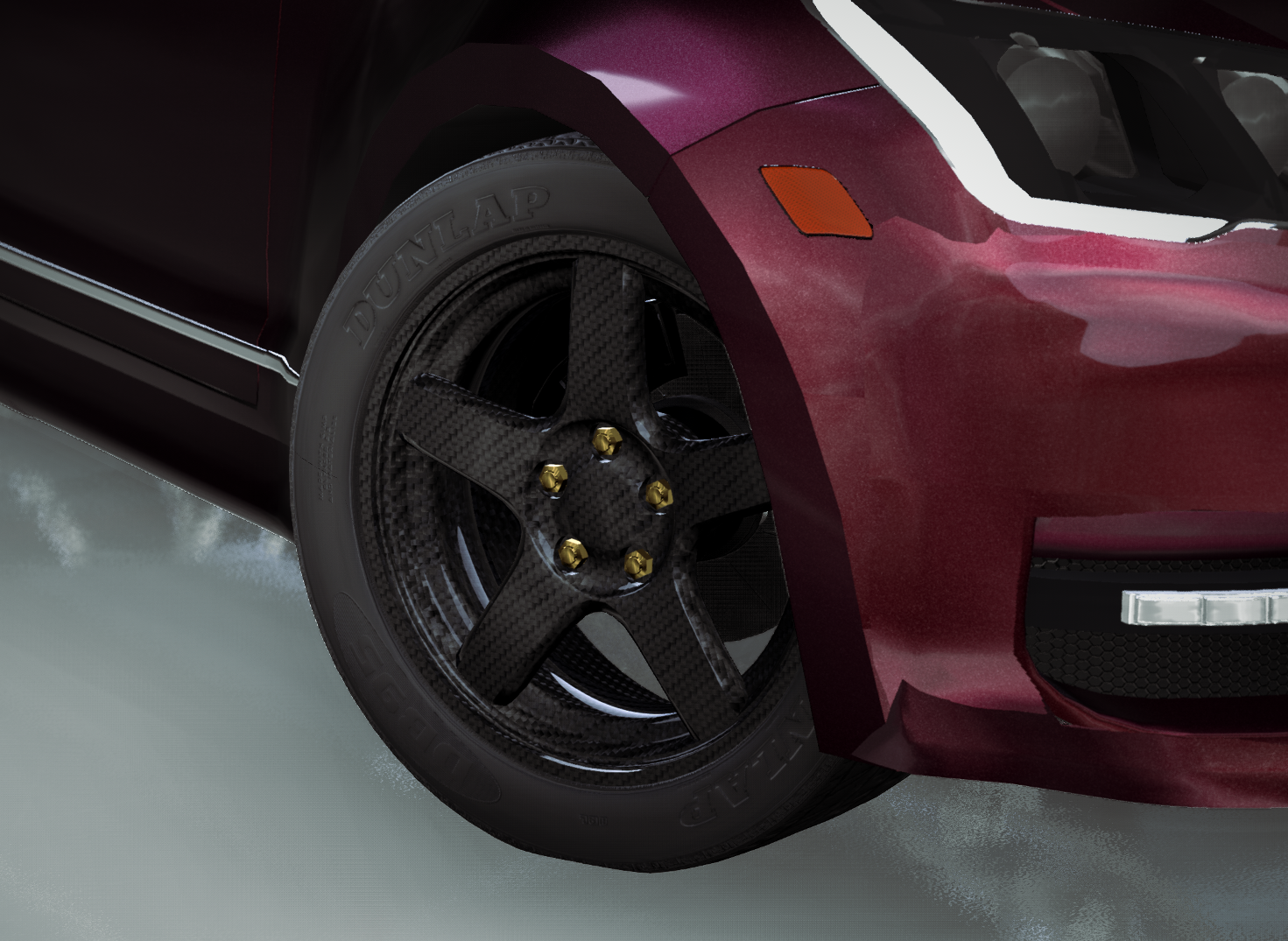 wfU5WxR.png?11471x1075
Designed for anything.
Quezon's all-new state-of-the-art AWD system was born from Quezon's efforts in the WRC, and has now been adapted for road use in the Cordova GT for performance and comfort that is as good as it gets. 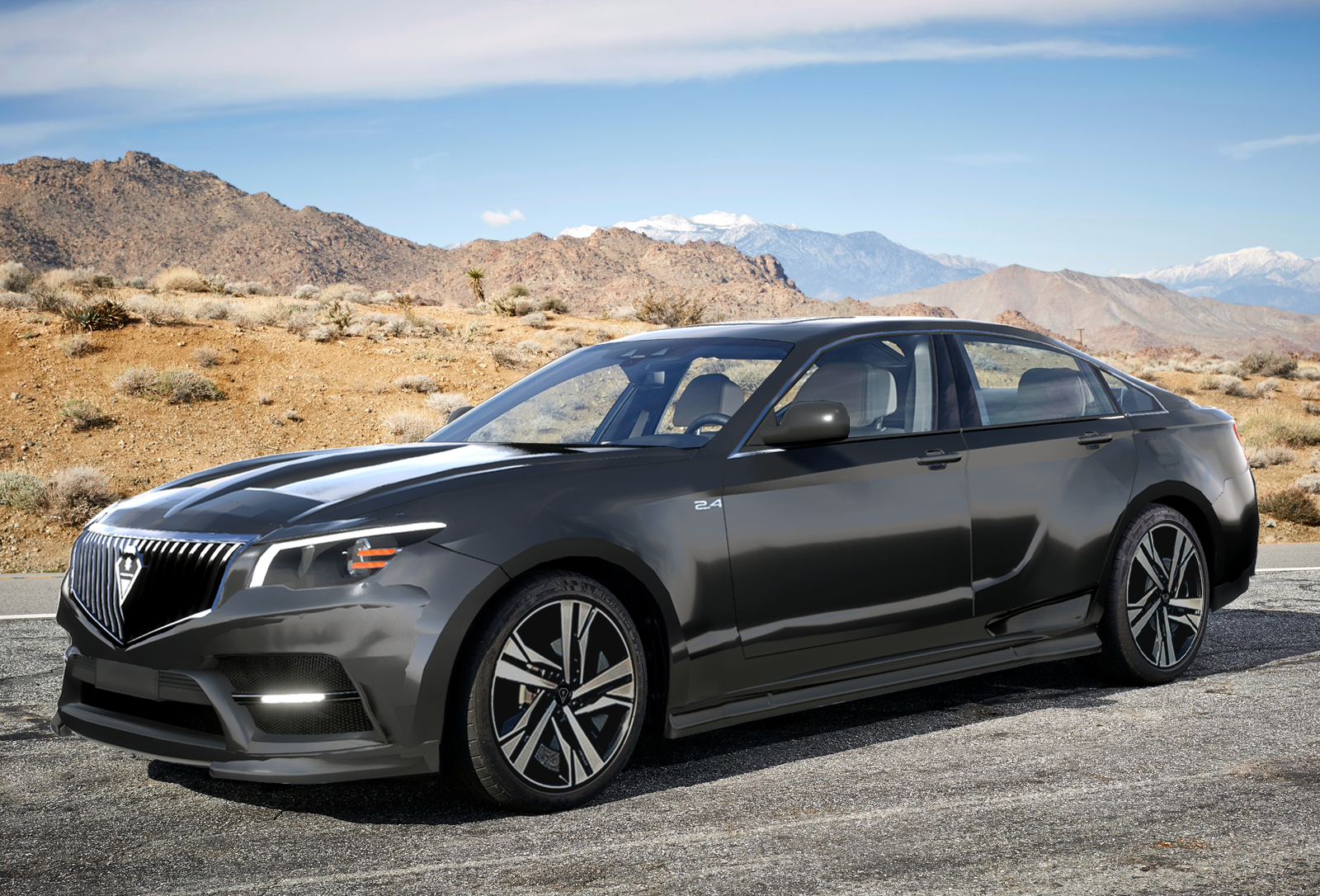 Drive with true style in the new 2015 Laguna.

New for 2015. With all the precious details one would want. From the dominating pentagrille to the sporty tail lights, the Laguna is guaranteed to impress more than any other car on the road. 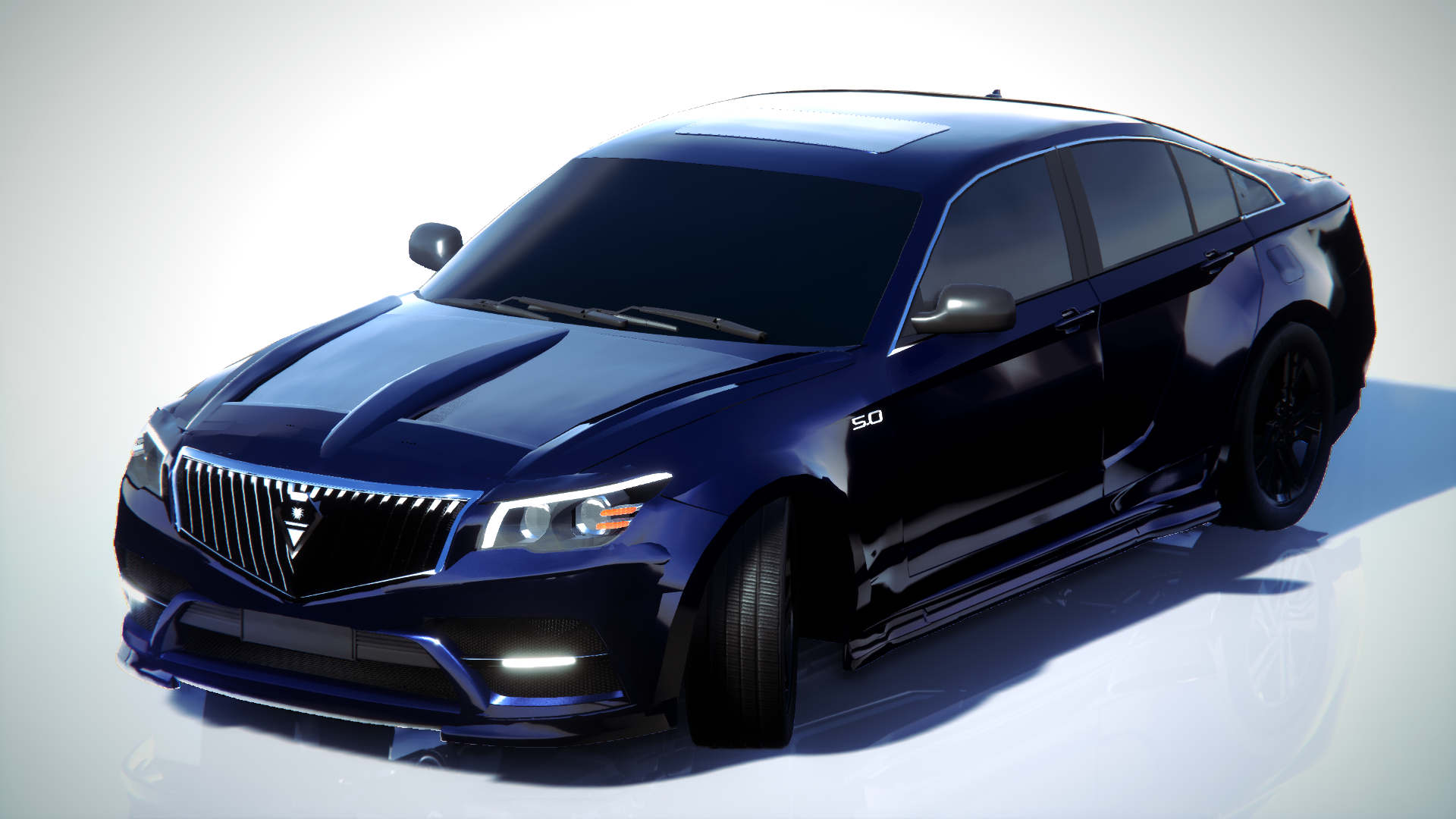 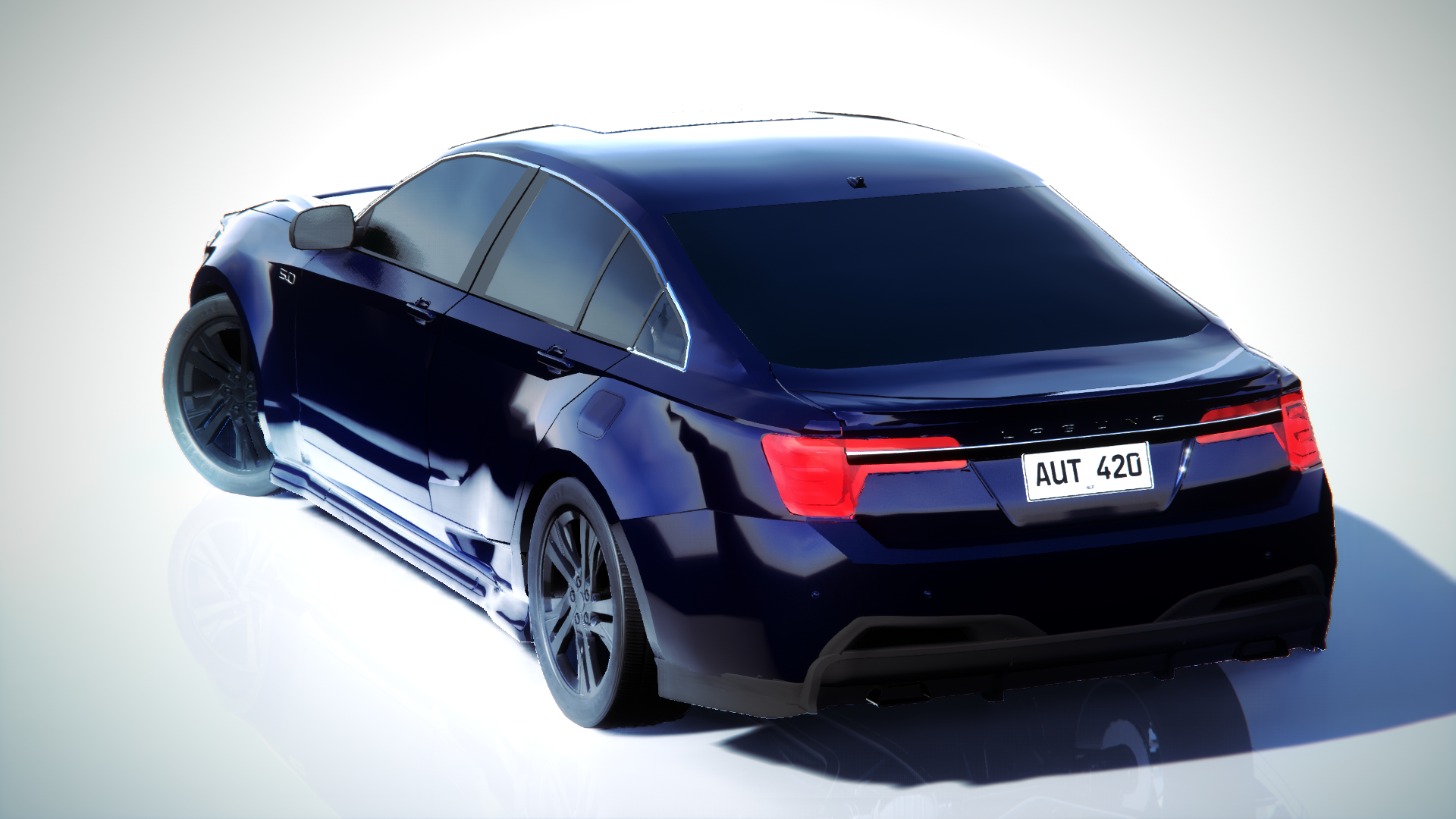 pHj75Su.png1920x1080
New performance.
Unbeatable power and handling from a sports sedan within its class.
Thanks to advanced new suspension geometry and advances in drivetrain technology, the Laguna 5.0 is now at its best than ever before. 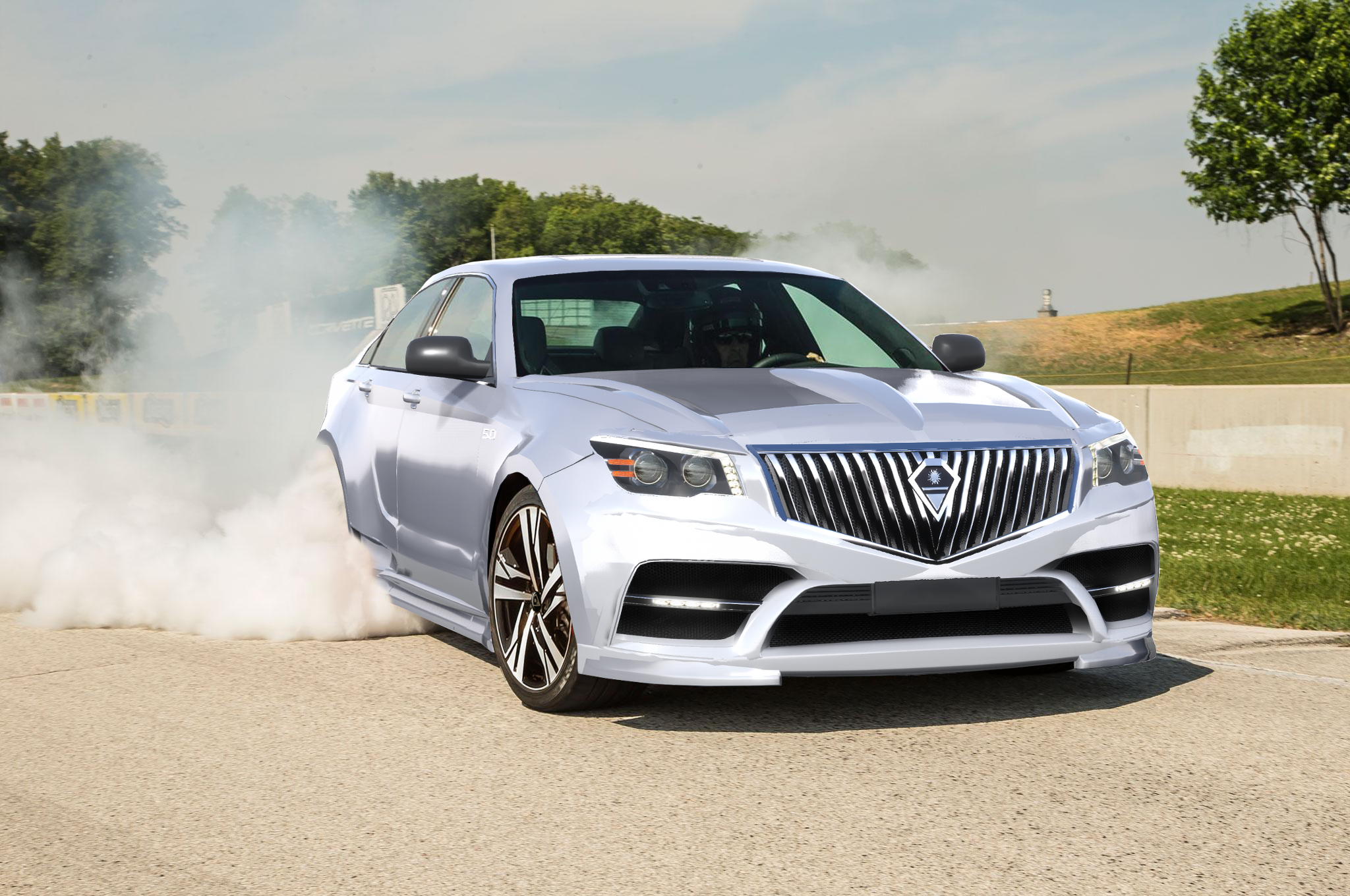 The return of the Eagle.
The iconic and beloved Super Eagle performance package is brought back with modern-day specs and performance.
Featuring the most powerful ever engine in a Laguna. A thundering and healthy 645 horses drive this sporty sedan package. 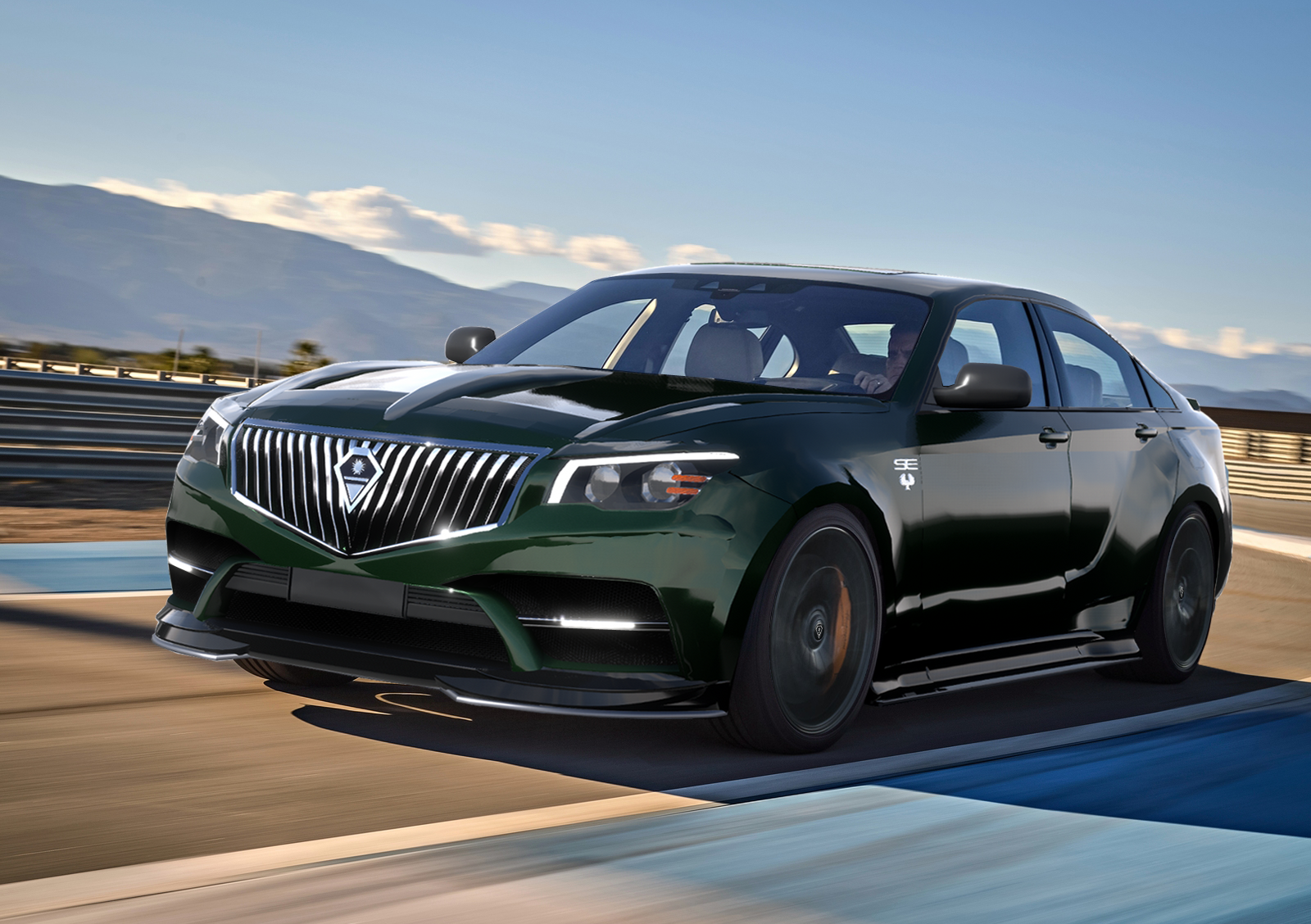 Unrivaled Comfort from a Luxury Sports Sedan
High quality interior assembly and fittings make the Laguna's interior stand out from the rest. From the subtle choices of Silver, Gold or Pure Philippine Pearl hints around the interior, to the comfortable Leather Bucket Seats, the Laguna is unrivaled with its best-in-class luxury interior choices. 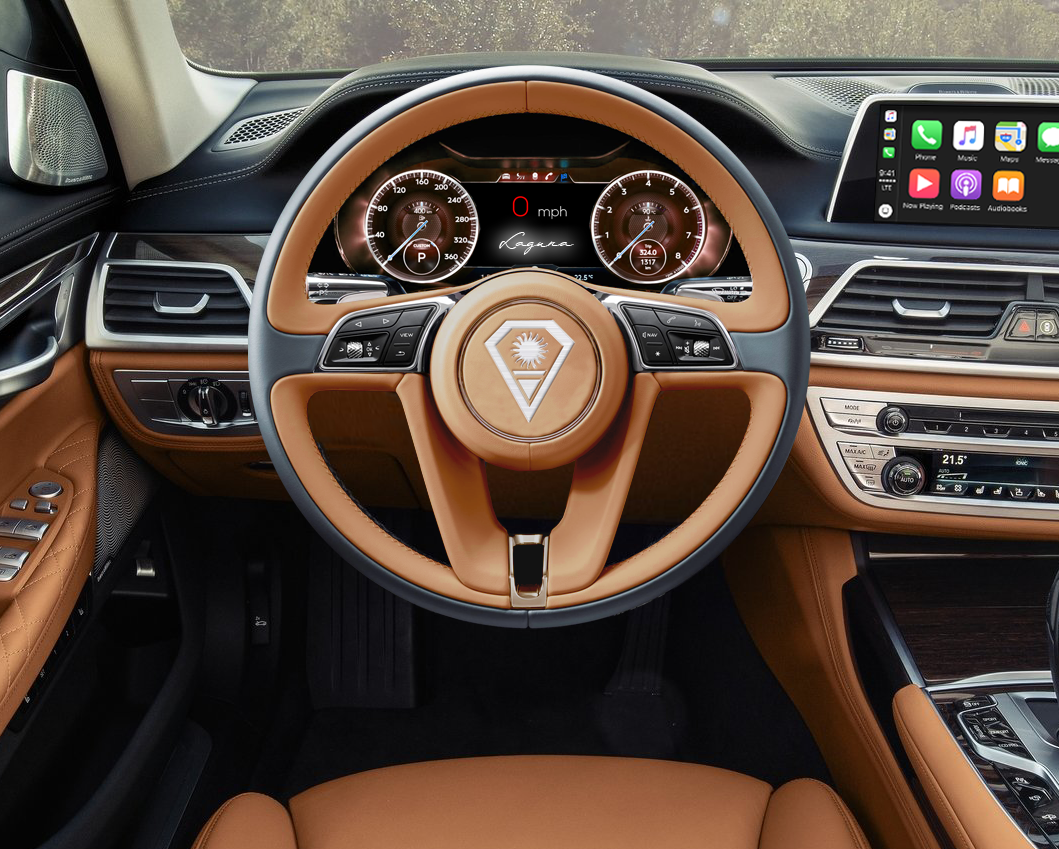 Advanced Design.
Built on the Quezon Universal Platform that has been refined by Filipino engineers since 2006, this new Laguna is guaranteed to last a lifetime while having the most advanced technology incorporated into it. 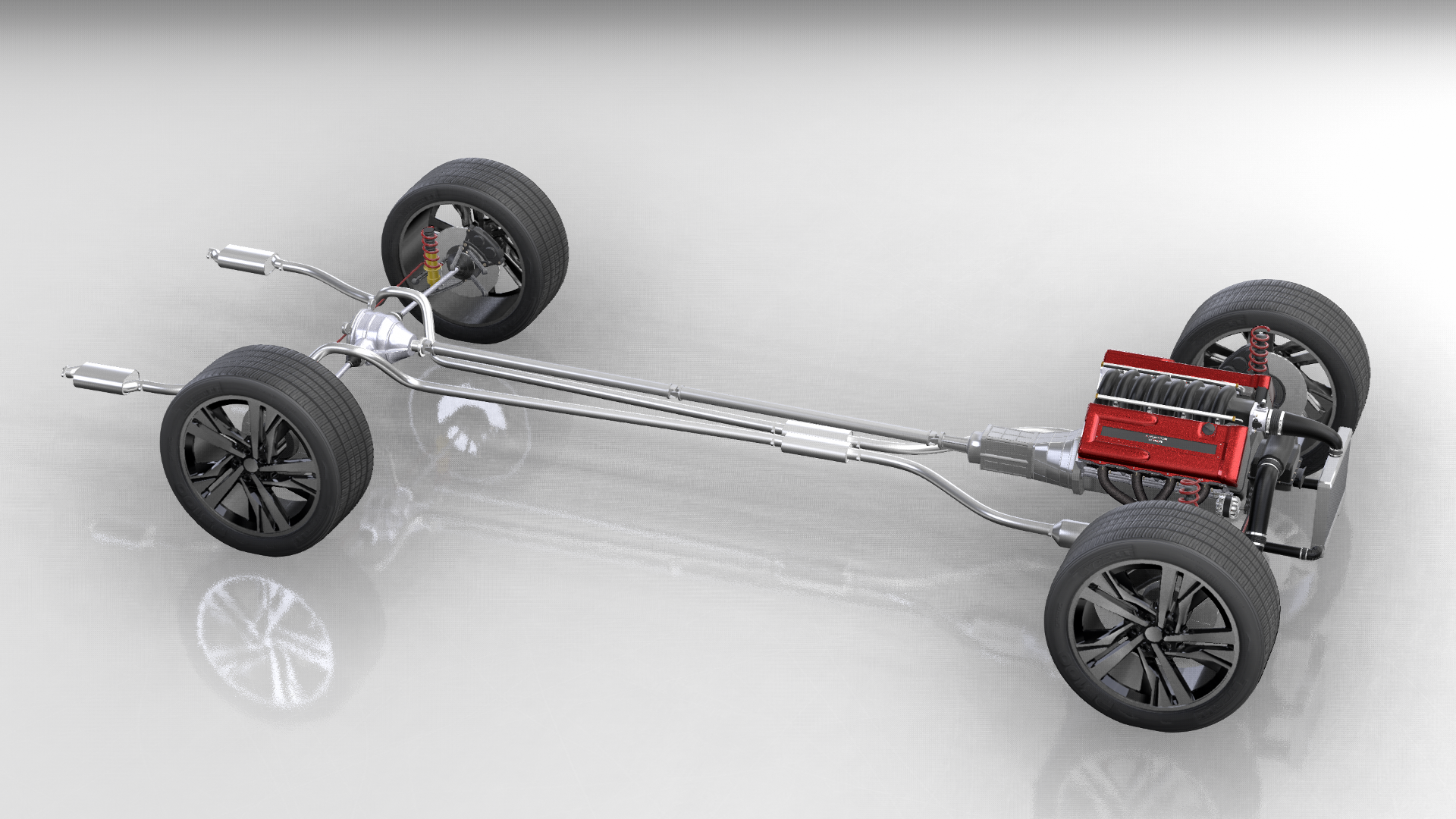 Add more color into life.
You will not be disappointed by our range of Signature Colour Choices, and Colours exclusively blended for the Laguna.

A familiar name, yet an entirely new machine.


For style and function


Detailed to perfection. Every little bit on the Princesa Coupe-GT has its function, yet continues to add to the style. Featuring new state-of-the art "Sun and Stars" tail lights inspired by the Philippine Flag, designed by top-notch designers from the University of the Philippines.

Filipino hand-crafted interior, with all the precious details and options you may want for prestigiously cruising at over 200 MPH.

The quickest Quezon yet.

A new generation of lighter yet more powerful handmade 10-litre V10 engines delivering a surprisingly smooth 918hp and 813lb-ft.
The Princesa Coupe-GT will go from 0-60 in less than 2.7 seconds, thanks to our new AWD system and advanced 8-speed transmission.

For ultimate driving confidence. Our most advanced design yet.

Color choices? We’ve got them.

More than meets the eye in the New Princesa.


A flurry of Déjà vu.


Retaining much of the same loved design features of the preceding generation, this generation builds upon what was already there and improves upon it. Now featuring new tail lights with historical Philippine landmarks designed by top-notch designers from the University of the Philippines.

The most opulent Quezon sedan yet.

Filipino hand-crafted interior, with all the precious details and options you may want for true opulence. 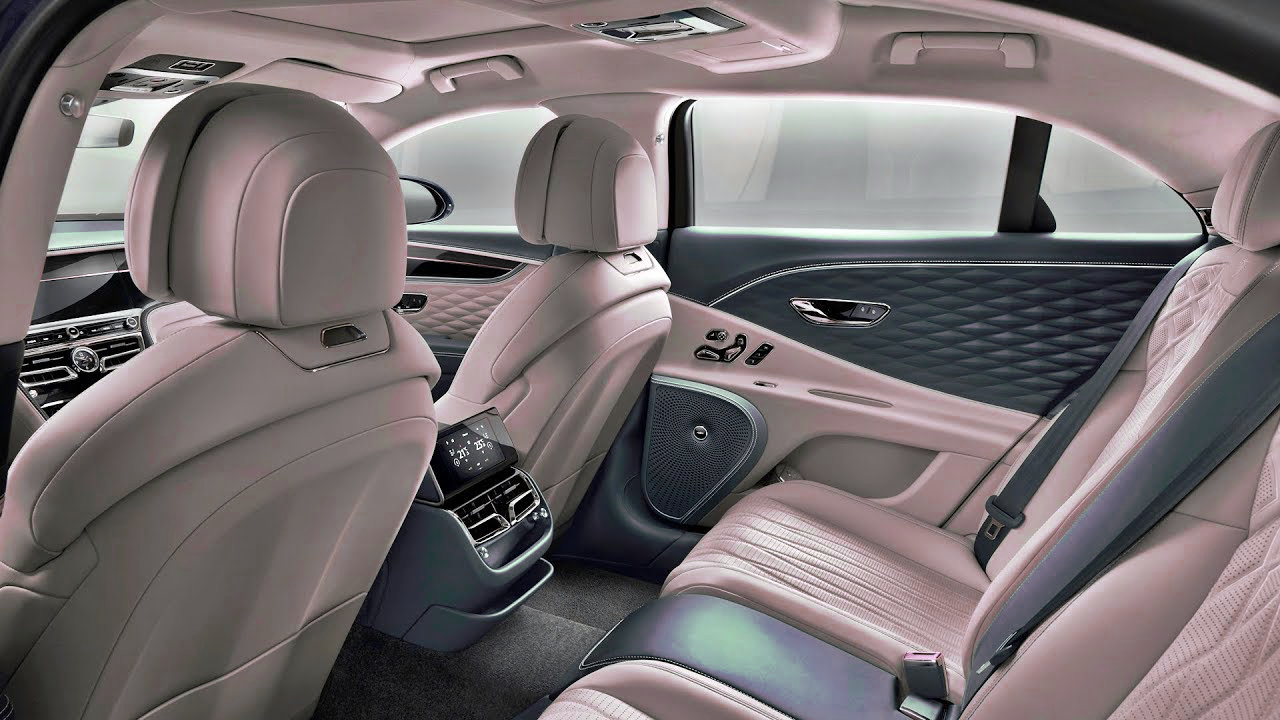 Unparalleled performance from a 4-door sedan.

The Princesa's new space-frame chassis and torque vectoring AWD allow for ultimate performance and comfort under even the harshest of circumstances. 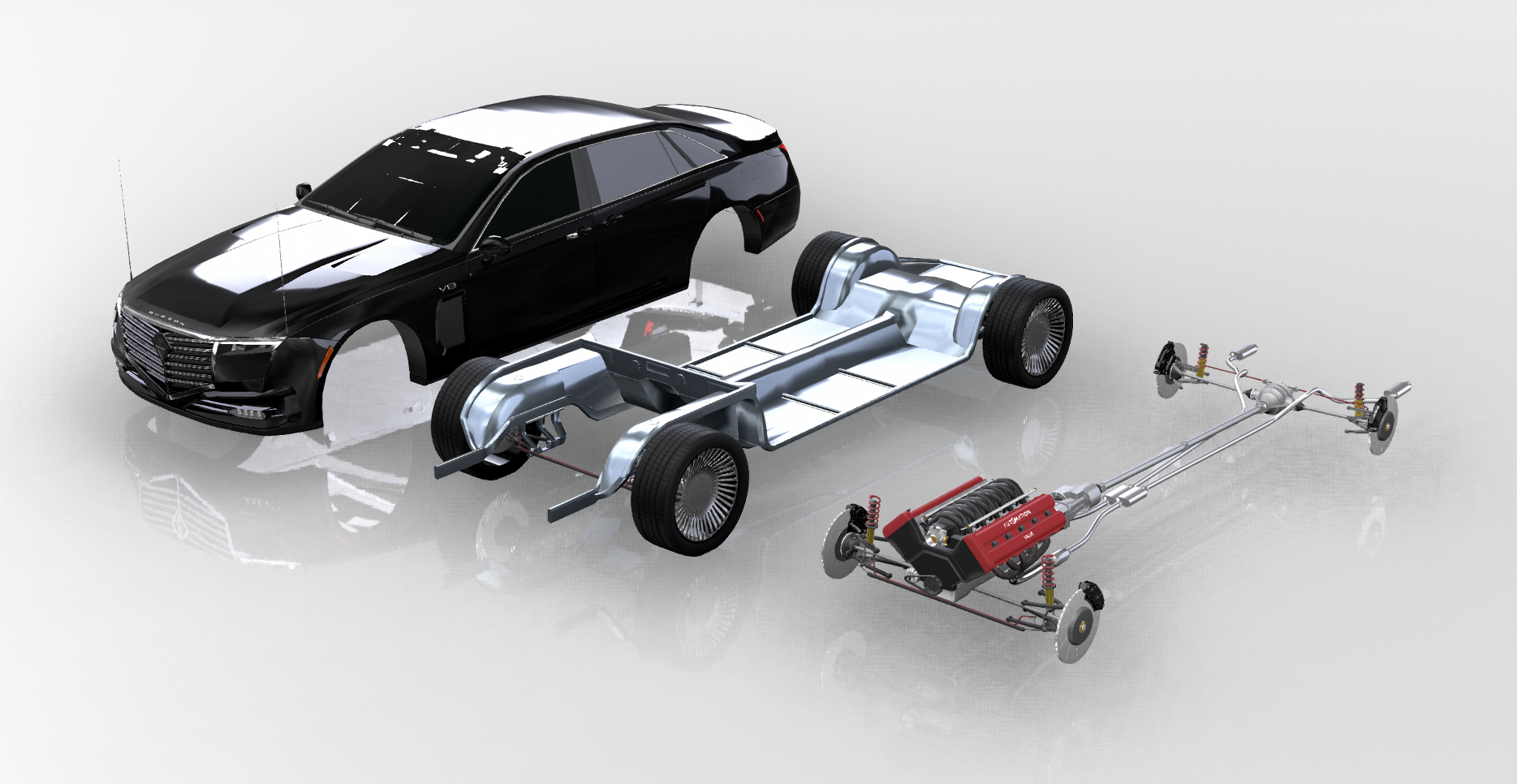 Somewhere, over the Quezon rainbow.

I never expected Quezon to make vehicles like the Princesa

. But the delicate and beautifully put together designs leave for an incredible result, and I cannot get over those taillights. Not to mention the insane and incredible engineering of these beautiful and ferocious vehicles are very realistic and give the cars much more personality than they already do. Good job I’ve been left speechless multiple times by these vehicles.

No problem I always enjoy seeing your cars! And decided to finally share my thoughts.

The way all of your cars fit together perfectly is incredible! I love how original your cars are and how they are always recognizable as a Quezon. The Princesa has a wonderful design and so much detail on the website, hopefully I can reach such levels of proffessionalism. Cant wait to read about the next one!