I made this so we can all have a look at our first cars and see how we can improve them and Then we post the improved versions of our first cars made in automation here.

I made this car online on discord with my friend from bengladesh; he was kind enough to make the car I requested. It’s a subcompact hatch-crossover*.

I remade the car but this time more lighter and simpler and I made it eligible to be in euro markets through design and emissions but this moonwalk is a special edition of the car that comes with a Tesla model 3 style infotainment and lacks buttons but it also comes with small and big gimmicks that relate to the space and moon as I also got my design inspiration from a LRV.

Oh, for a first car it was a really nice one
nice thread and nice “challenge” too

Quite a few years back, I made my first car in Kee engine build:

Just today I decided to recreate and improve on it in UE4… Here’s what I did:

Well, I have played the game since the Kee engine, but I haven’t photographed or documented many of my cars until the UE4 builds. The first car that I liked that I had photographed was something that I called:

It basically was a very sporty city car that was inspired by the Honda City Turbo II in its appearance and its performance. It also fetched a rather premium price tag.

I thought to myself, “Nothing is going to top this car regarding me loving building it.” Yet in retrospect while looking back at this car, it was basically a rookie attempt at making a car for an era that I loved making cars for.

Since it was long ago for me, its stats always remain a mystery and its year. I assumed I made this car for 1985.

And looking further back with detail, I started to notice things that I wanted to change. Firstly, the car looked a bit too much like it was trying to be a City Turbo II and not its own thing. The mirrors looked silly to me for a city car as well, since they added to the car’s width and impacting its mobility. Especially with those wide fenders. Some of the features also looked very slapped-about without cohesion with how unfinished some of the car looked. Windscreen wipers weren’t a thing as well in the build that I made this car in.

And so with more mods and more experience and a read at this forum having piqued my interest, I present the reworked version of the 1985 Kogou Mouse Turbo!

So the car has been freshened up after all of this time of me learning the game, and also adding my own touch to the car to make it look a whole lot more like a unique car of its own than just a City Turbo knock-off. This car has also been changed to follow a similar design to the City Turbo instead of the Turbo II, so the car has more of a thinner profile designed for the city. It has been fun redesigning the car with being mentored tips for the game even today!

this isn’t your first car you liar

Sorry to say, but…
I kind of do not care whether it was @Sir_Night282nd’s first design, it is still awesome.
You can try your luck with it here if you wish:
Ridge Racer: Ryan Barton Design Headquarters

Do this and you could win an Asaki 95 Vision GT (specialty vehicle)!

But, after awhile, the car received some minor changes, too insignificant to show.

wasnt a reply to him, sorry

No, it’s alright. I just want to encourage people to get creative with their car designs. Even you could win!

This was one of my first car designs back when the Unreal Engine version of the game was brand new:

And this is the 1987 Makina Spectra, its spiritual successor and my first ever entry in a Car Shopping Round (it unfortunately did not win)

The family resemblance is uncanny - and the remade version is a huge improvement aesthetically. It’s a shame the body used by both of them has the aerodynamics of a barn door (even though it looks sleek AF for the 80s), which limits its top speed and fuel economy.

Those of us who started making stuff from the Kee engine era from when the car builder first came out are gonna give you a shock lol. There wasn’t much to play with compared to now!

Take for example Nightfury (Gryphon Gear’s first original car), pretty much an exercise in attempting to break the game with ludicrous power and downforce using maximum tech slider spam (which is a recurring theme for me):

Literally did the Dunsfold Aerodrome track faster than an F1 car. And that was after I hit the handling limit in the game.

This was way before the Quotex Syndrome mod pack was available, I did the banner decal purely out of indicator lights and it lit up in Beam. But the crowning glory was the protruding intercooler, which was made of 101 pairs of mudflaps… 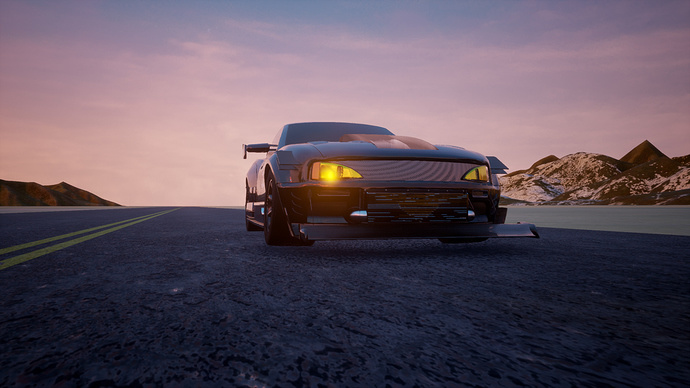 lol see what I did there

No amount of mod could actually replicate this widebody time attack bodykit now.

In fact why stop there? 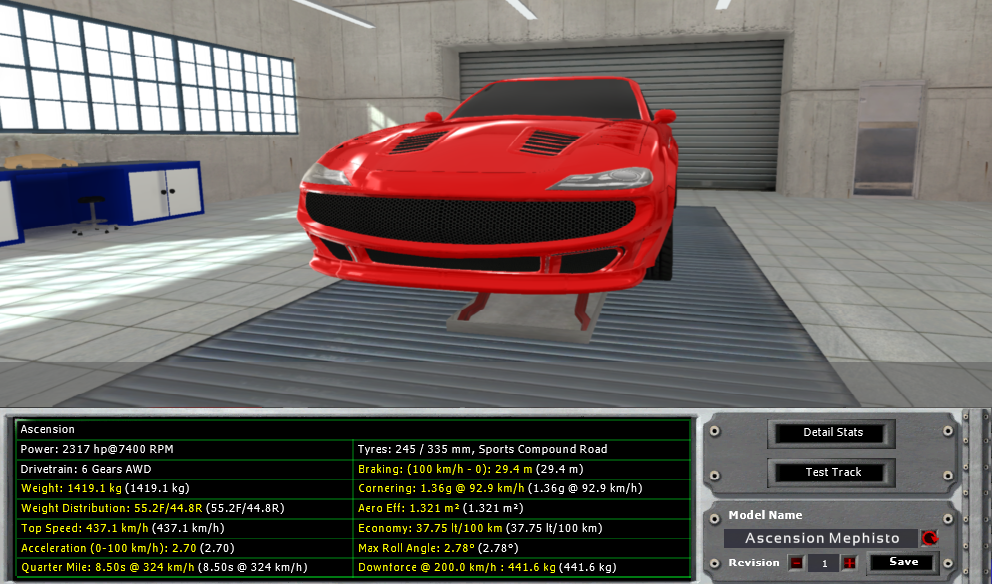 Oh god this was ugly. 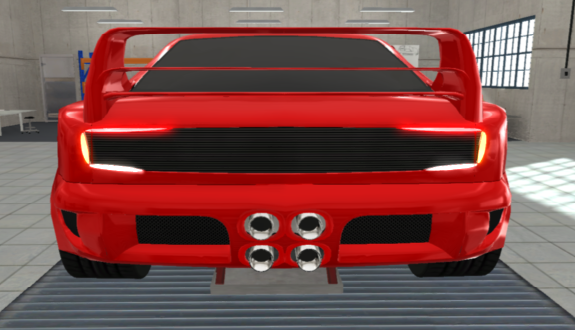 It got reworked but it was still ugly. Choices in body and fixture were… limited.

Reworked (back in July 2018 when UE4 just landed so most of the mods weren’t yet active): 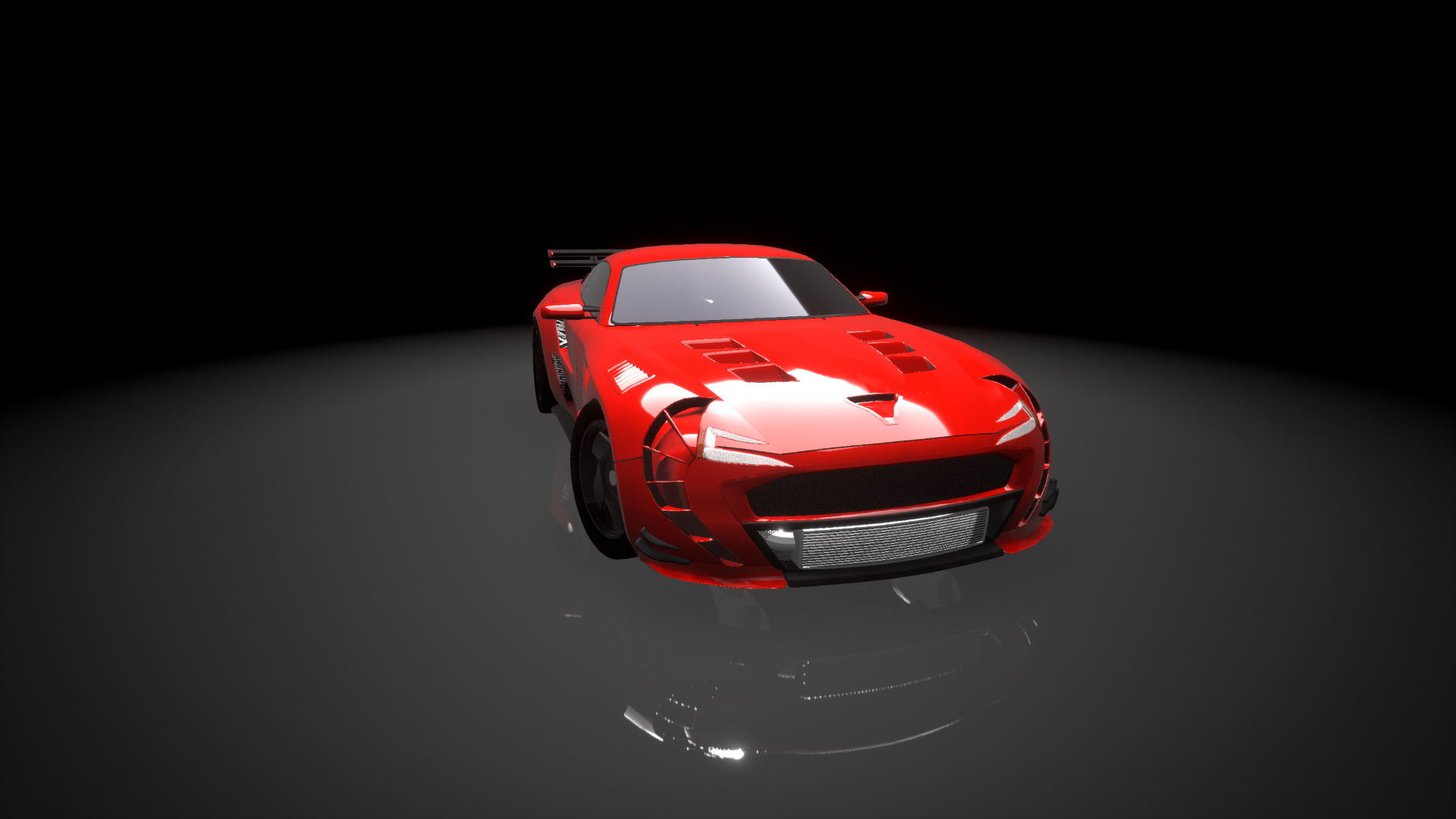 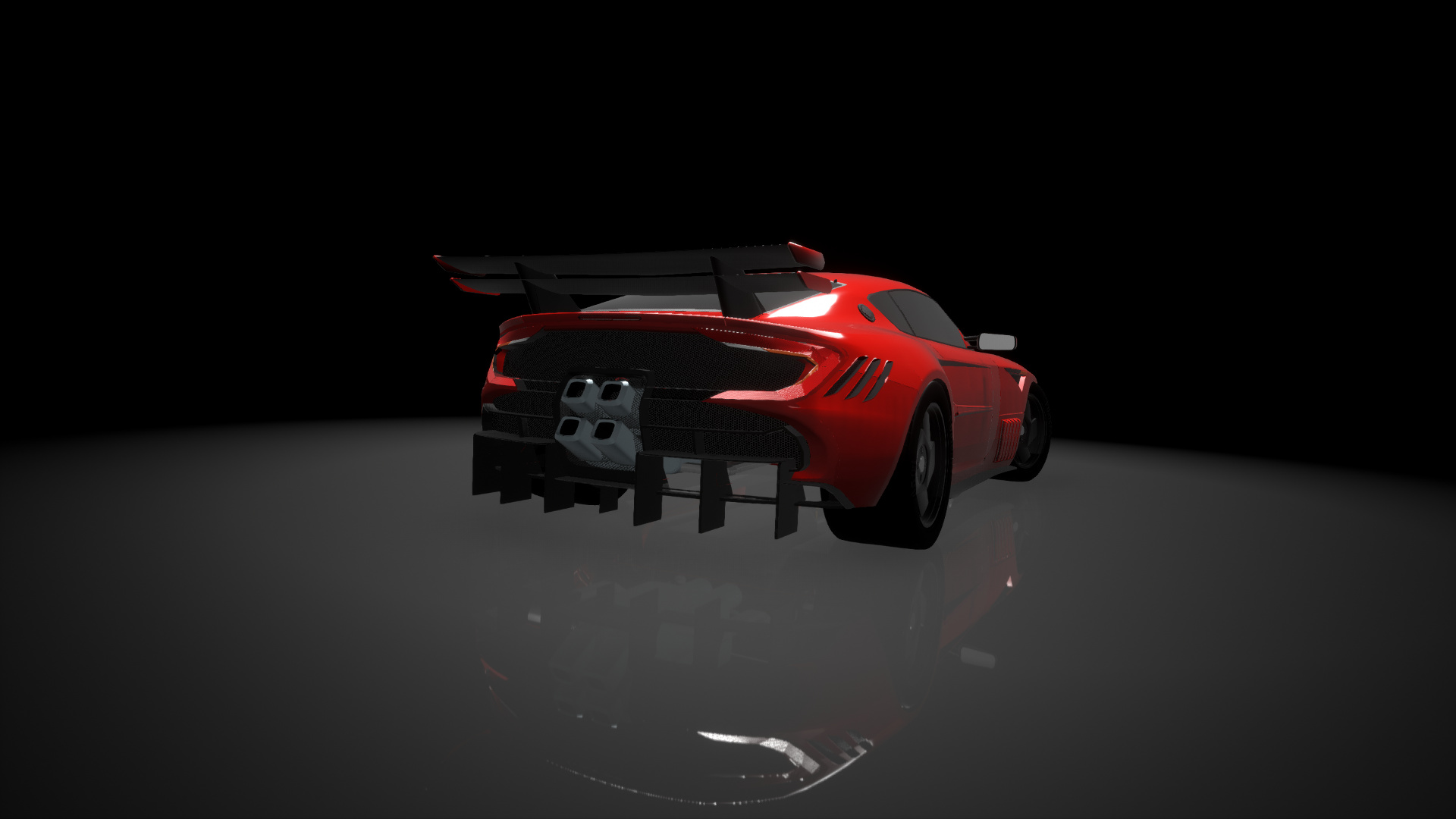 There were some cool mods that were designed specifically for use with this body so ofc I used them. Then there were mods that I also used in ways they were really not intended for lol. 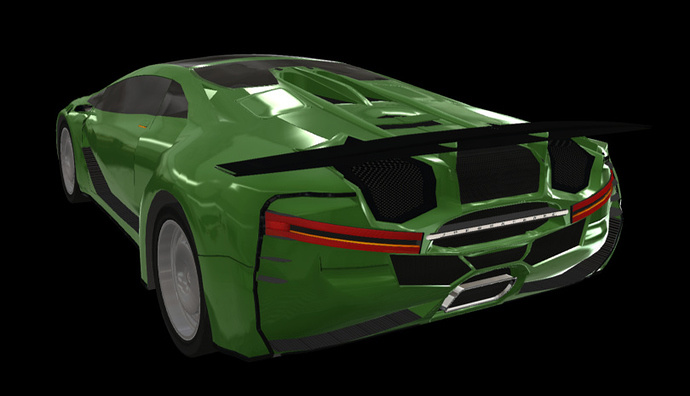 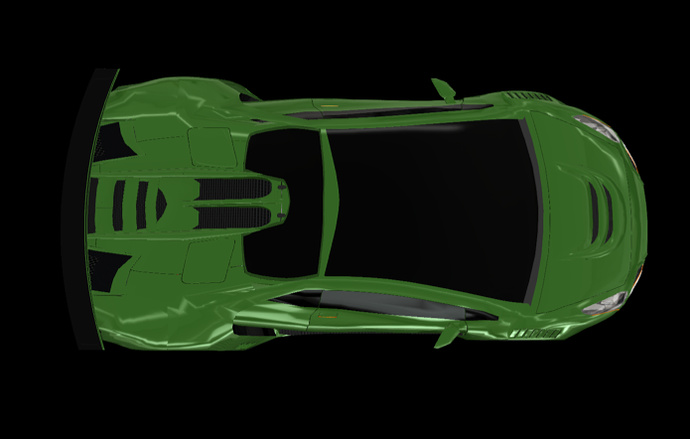 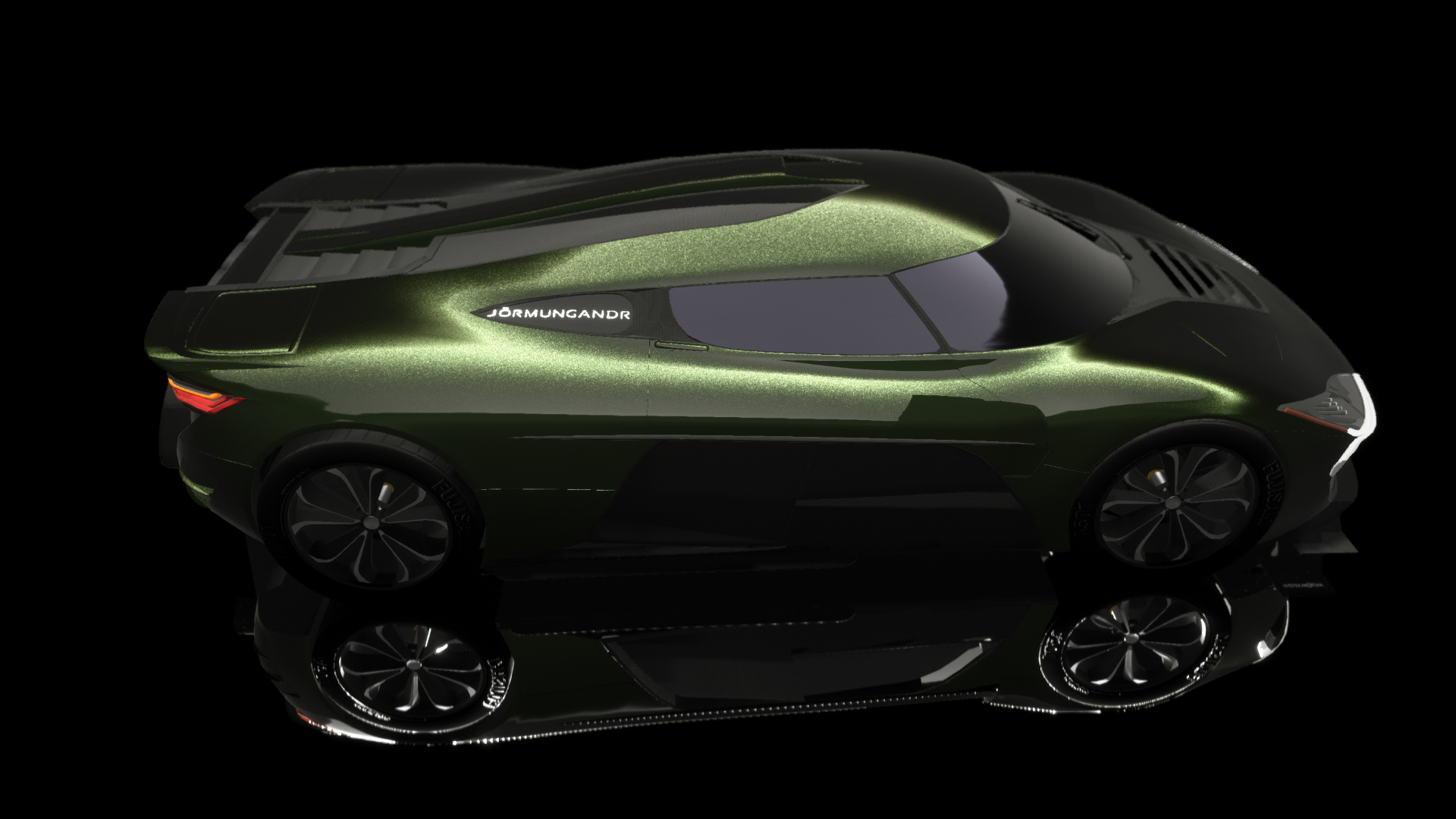 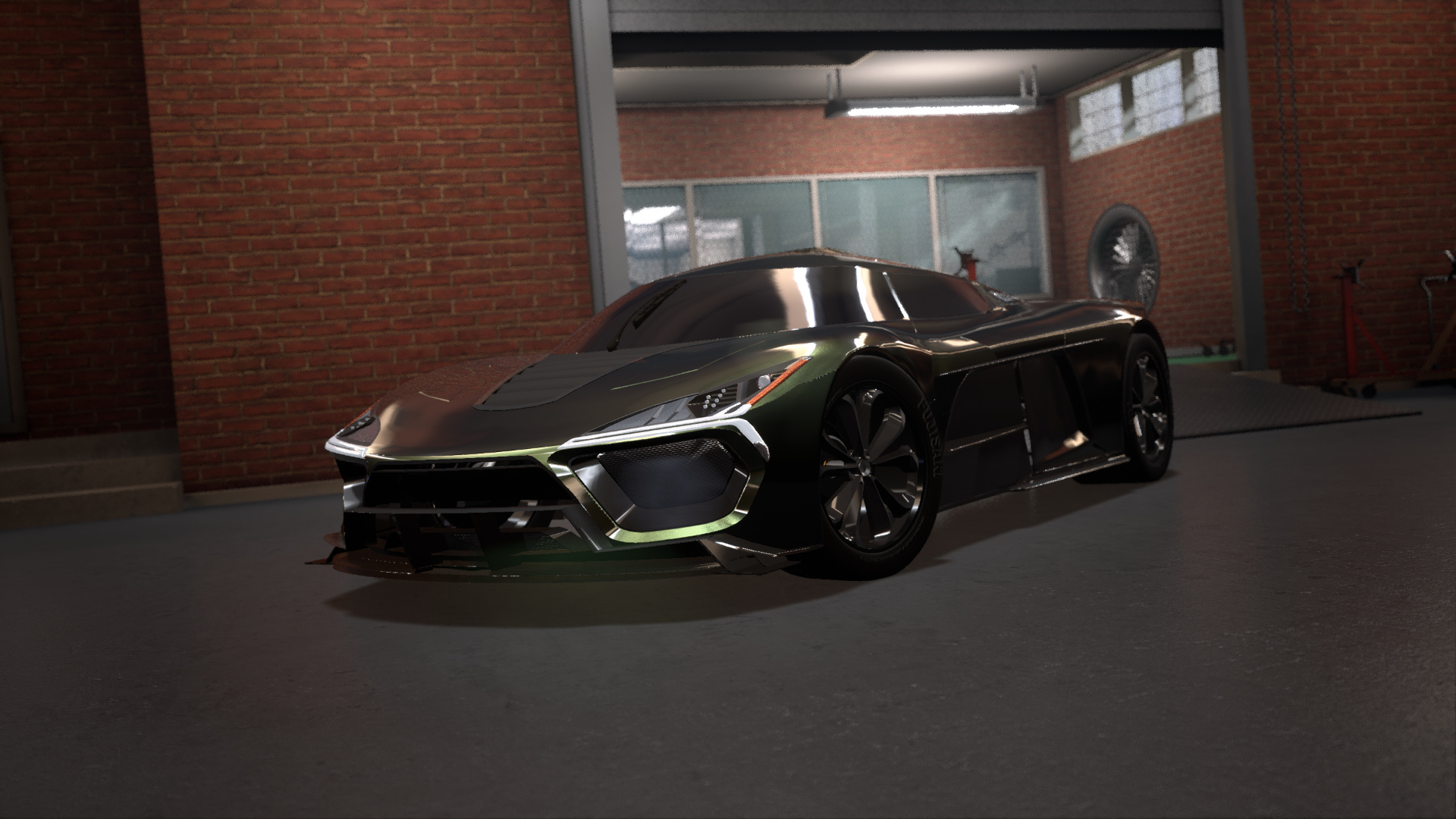 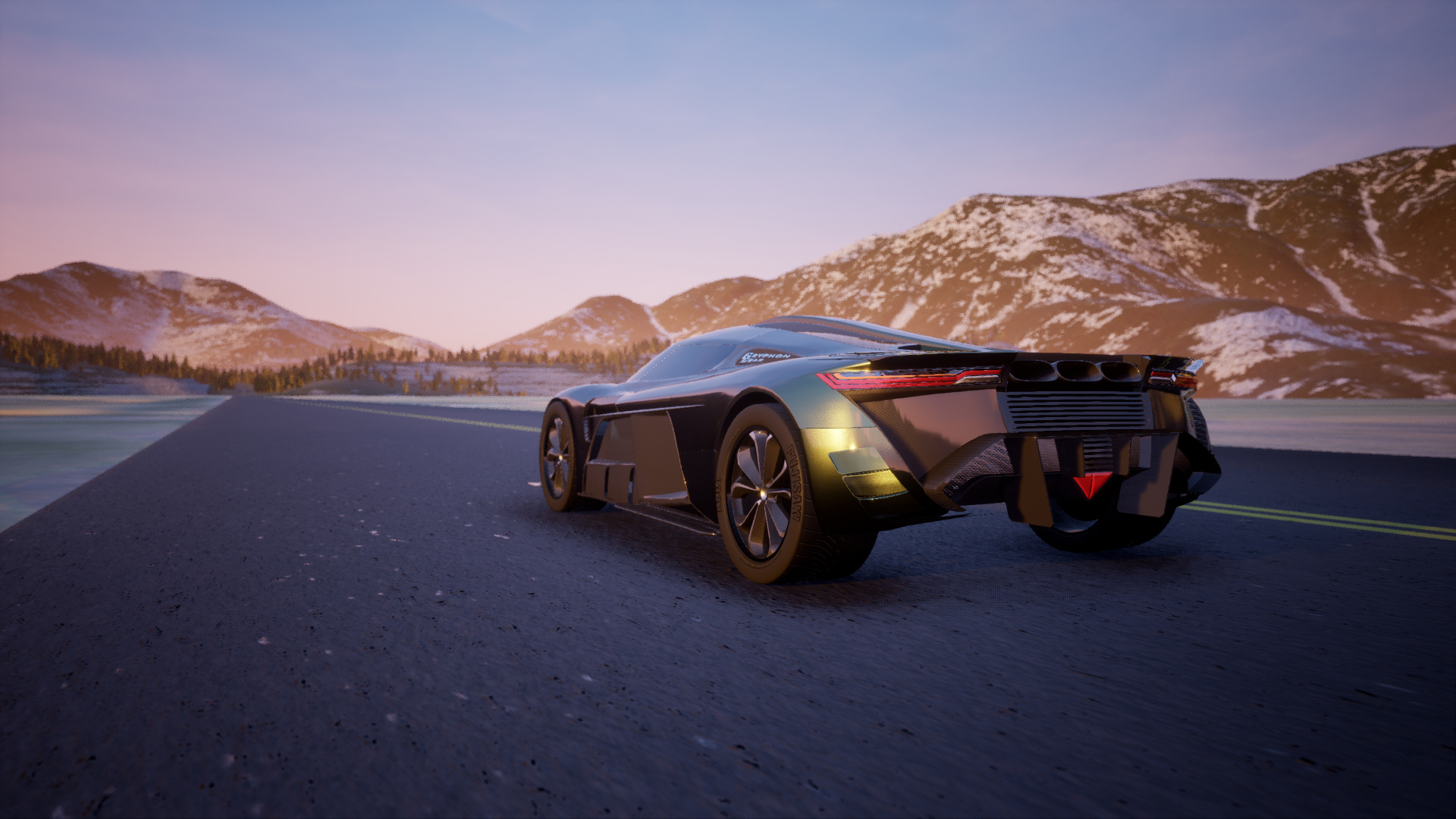 Spent about 2 months trying to get it to go right in Beam. Next time I tune this thing, I’m just going to edit the stupid .jbeam file to get it there haha. This was much more successful and to date my best result. 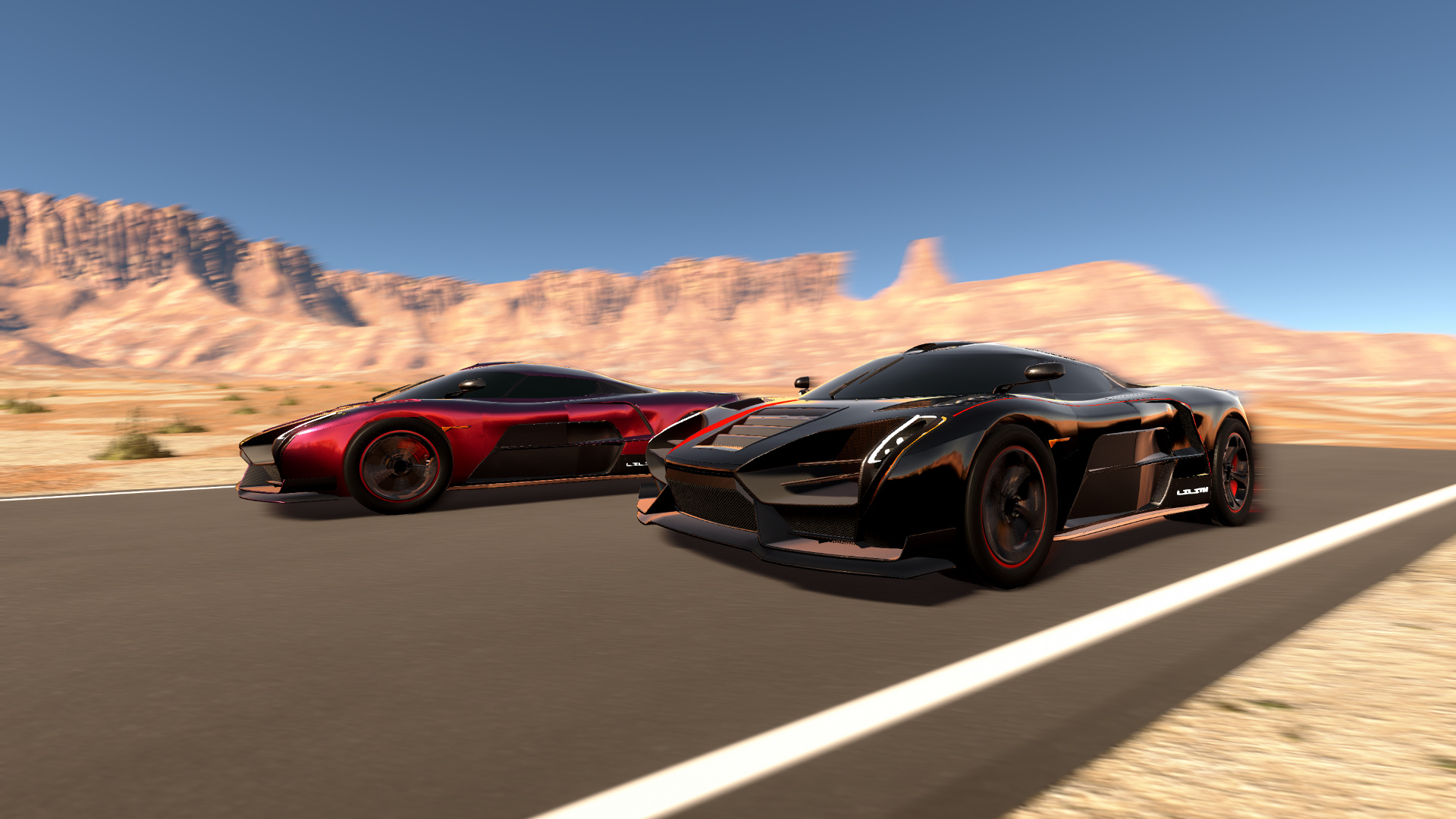 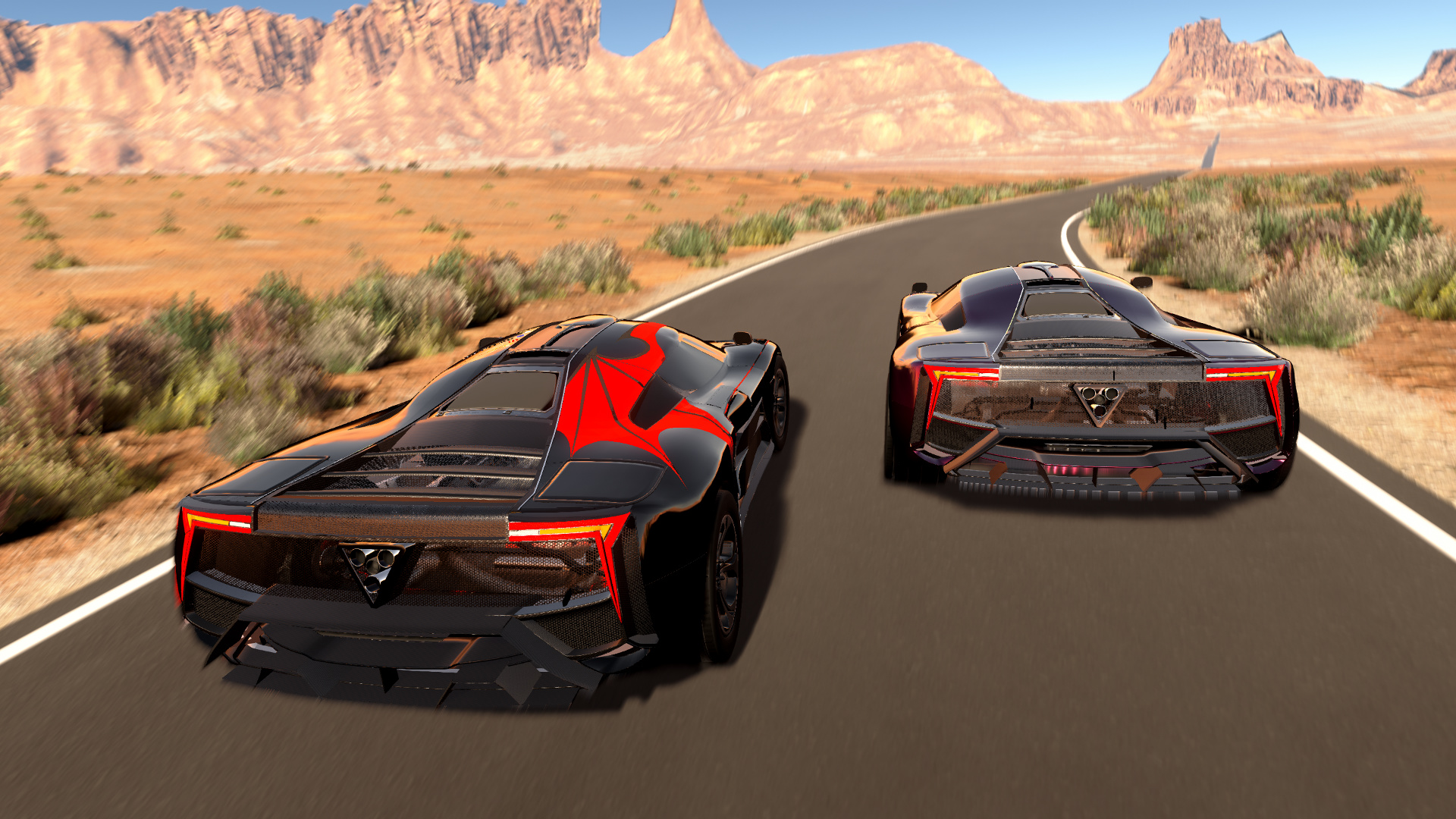 These days I don’t have much time so I pretty much am just constantly reworking my old models to try and at least spruce them up so they can be presented in final form… someday.

That doesn’t really bother me, I always prioritize aesthetics when I build my cars, If they then also happen to handle well, that’s a bonus.

I also made a Second generation for that car, which was one of the first cars I considered “Highly Detailed” (for my own standards anyway)

Rather than rebuilding it, this one has been constantly updated whenever new fixtures that worked well with the design were added.

The old version (Unfortunately I couldn’t find a picture from the front end. But it was pretty bad.)

@strop your cars are amazing! I would like to see something like that in my BeamNG.drive collection!

I remember that car - it was a Makina Spectra. When I realized the amount of work you put into it, my jaw hit the floor - no wonder I liked it so much!

At any rate, the overarching theme should be that as the game evolves, so do the cars we make as new fixtures become available over time through patches and mods.

While this isn’t my first car, this is one of my oldest from early UE4 back in 2017 - a sort of 1980’s police car. I only had this picture to go by, as the car itself is lost to cyberspace and I’m pretty certain the engineering was crap.

So I present the re-mastered Panther P1 police car, a very popular 1980’s action film prop, powered by a 5.1 litre V8, RWD, and all that fun retro Americana

@strop You have a good chance to win BIG on my thread. Besides, I absolutely LOVE the old and new versions of the Lilith. Call me crazy, but I am lovin’ it!

@strop I think @RidgeRacerRyanBarton wants you to design for him