As nonsensical as its content is, this is still a thread primarily about engines, so it would make more sense if this thread were placed in the Engine Sharing forum.

From the company that brought you the driving roadblock aka Omega HVY, here is another 16 Liter beast. This time you have hopefully been nice to the road because you really don’t want to hit a pothole shifting from 2nd to 3rd gear @ 288 km/h. With 335 mm rear wheels quealing all the way.
<<<—>>>
It doesn’t adhere to any safety standards, but then again, when you do accelerate at a steady 1.34 G up to 3rd gear they probably won’t catch you.
Be careful not to burn the clutch though with 3k horsepower tugging at the 4 speed manual.

The engine is the standard 16 Liter V12, I dunno if a V16 would fit (not that I’d have access to it)
The exaust regularly melts, but hey, then again the internals do too. Including you who’ll melt against the wall
<<<—>>>
It also weighs half of what the original one did. and has 10 times the power.
Oh and instead of any volatile fluid it only takes antimatter fuel, ~200 Liters in an Hour.

we don’t know how it even fits, blame the broken body

What’s the sticker price on that bad boy?

just the low low price of 8.64 mil
probably half of that went into those 4d reinforced wheels

Another reason why it’s so economical? The body installed in it (the newer Lambo body unlocked from 1995 onwards) has an absurdly low drag coefficient of just 0.21, as shown if you highlight its thumbnail.

Well, I can’t afford a tank of gas so I should buy this instead… Similar to one I made in the Kee version of the game. 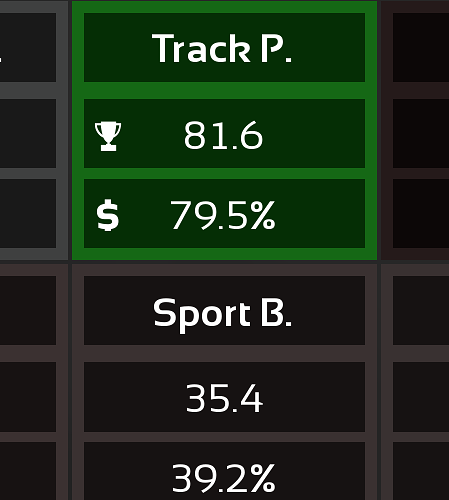 so… there are new 46’ limousine bodies… turns out, the biggest fits the legendary 16L…

It’s true, it’s damn true; We comfortably fit the biggest engine known to man without the v16 key into a 46 body that has the drag coefficient of a steam locomotive that gets sub 1.5s on the track.
Without the whale tail it would literally go airborne ._.
Also, it for some godunknown reason seriously tows

1946 w/o quality sliders, basically all the intakes can take

It weighs as much as an entire car lol

Guys I found the Gemera’s engine

say it with me: BOOSCHT