CEO - Over the last 4 years we have been focusing on our sports cars and not our everyday family cars, the quality has fallen and our market research suggests something needs to change. Any ideas?

Some Random Intern - I have one…

CEO - Well speak up then…

Intern - Well, why don’t we do both. We could make a sporty coupé yet still have enough seats for the average family, have good enough fuel economy to make it practical, but if wanted can be driven in a fun way

CEO - I like the idea. What’s your name son?

CEO - Well Jamie I want you to head the design team on this car.

Jamie - But, But sir… I have no idea where to start on this project, I’d need some design veterans to help.

CEO - Don’t worry about that, I’ll give you some of our best to make this car a reality. One thing though, your deadline is January 1990, I expect a production model by then

Jamie - Hello and welcome to the Launch event of the New LLA sports car.

Jamie - After 3 years of design we have revolutionised the idea of an affordable, sporty yet practical coupé. With a brilliantly smooth flat 4, All wheel drive and more importantly 5 seats we present…

Jamie - The LLA Comet Mk2 - a true successor the the original Comet with more power and seats.

The event ends as the car is appreciated by the crowd in Awe. The following month the marketing department releases the poster for sales:

Deadline is next Sunday, So essentially do what Luke did above ^

Maybe less of the terrible puns…

Since 1966, the IP Commuter have provided economical, reliable and practical transport, suited for people in the need for an economy car, not a cheap car. Millions of people have sworn by their Commuters, making it our most popular model ever. Because of that, we feel a great responsibility when it is time to release a new generation Commuter. Now for 1990 it is time to do it for the fourth time, and we can tell you, replacing a legend is not an easy task. But after years of research, development and testing, we feel that the new Commuter series lives up to its name. It is easier and more comfortable to drive, thanks to an all new rear suspension and power steering as standard. It is safer, featuring things like better engineered crumple zones, a more extensively padding of the interior, seat mounted belt anchors and an improved steering column. It handles better with a more refined tuning of the suspension and the new semi-independent torsion axle in the rear. It is more economical with all models featuring our advanced 3 valve per cylinder engines.

But the most important thing is still up to you to decide as a customer. Will you still like it?

We don’t want to brag, but judging by our experiences of making cars for over 40 years, we are convinced that you will like it even more than the earlier Commuters!

The Urback may be the lowest priced model in the Commuter series, but it is by no means a cheap car. One proof of that is found under the bonnet. The 1.4 litre engine is featuring things like 3 valves per cylinder, multi point fuel injection and a catalytic converter, making it a peppy, smooth, economical and clean powerplant. Contributing to the economy and the joy of driving is the 5 speed manual gearbox (4 speed computer controlled automatic is available at extra cost). Other features proving that this economical car ain’t just a cheap car is the power steering, standard cassette radio, contoured bucket seat with durable cloth and vinyl upholstery front and rear, adjustable front seatbelts, sporty 3-spoke leatherette steering wheel and crash resistant bumpers.

But the greatest reward of owning an Urback is what we are hinting about in its name. Its short overall length and standard power steering makes it a joy in crowded urban areas. And despite the short overall length, with the rear seats folded flat, the square and upright shape of the back almost makes it into a little van that can carry amounts of cargo that would make some bigger cars jealous. And if you want to carry some cargo but still needs room for one passenger in the back, you can make one of the rear seats stay in place while folding the other one. It’s a flexible, nimble, economical, fun and clever car for the modern urban resident. And speaking of modern, the proven reliability of the Commuter means that there is a chance of you keeping it into the 21st century. Maybe that’s the most clever part of them all?

The history of IP Automotive LTD. [bild] In the country of Mamaya, IP Automotive LTD was originally formed in 1932 as Dao Thang motor trucks. Since the Mamayan economy was experiencing a steady growth in the early 30s, there was an increasing demand for trucks and the Dao Thang brand actually was slightly succesful, providing a locally built alternative to the imported brands. The sales was strong enough to keep the company alive, but yet they were still looking into other markets as a source …

Bridgell is one of the leading popular vehicle manufacturers in Europe. For entering a new decade, in 1989 the third generation of the Joy is presented. Boasting a revised version of the known and loved Lamp 1300 engine, on probably it’s last iteration, and driving dynamics sure to surprise even the most exigent driver, bringing, as it’s name inplies, lots of driving joy. Starting at only 8744$, it will sure be able to bring joy and independence to even the thinniest walleted citizen. A new torsion beam rear suspension is presented on this generation, making it the best handling Joy ever. Come feel the Joy at any of the thousands of Bridgell dealerships though Europe!

EcaMobile is a in the 1980’s established brand located in Germany.

After the fusion with Pfeil in the late 1970’s the main markets are luxus vehicles and light sport cars.

The Chipleader is the first SUV made by EcaMobile and was released 1990. 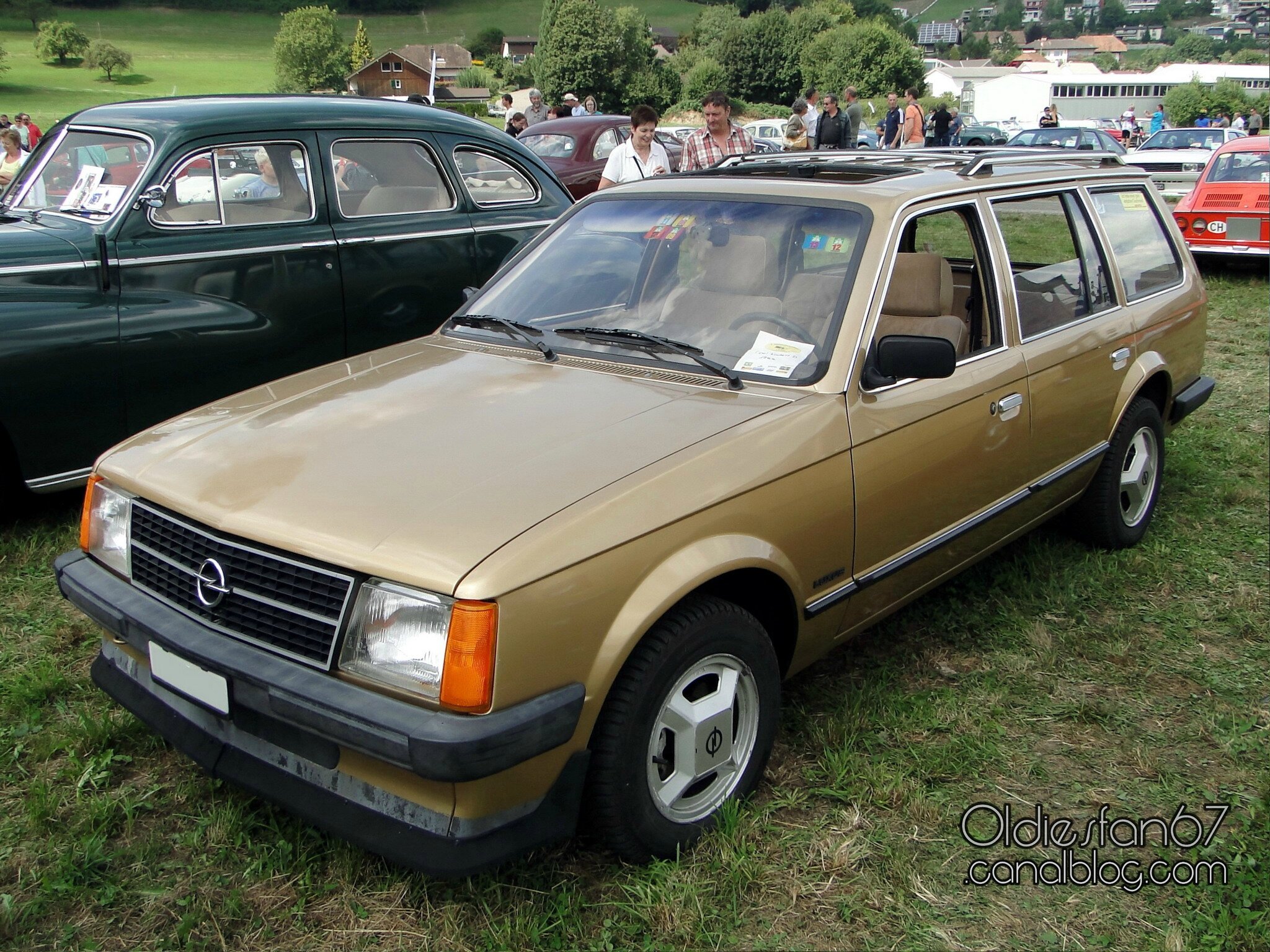 Slightly offtopic but for some reason I can’t stop thinking of your car as a crossoverized Kadett…not that it would be a bad thing or something but they do look related.

Hm, deadline coming close and I only see four cars presented, I hope this competition isn’t forgotten, since I think it can become interesting…

Hm, deadline coming close and I only see four cars presented, I hope this competition isn’t forgotten, since I think it can become interesting…

You actually just reminded me. I’ll get a car going!

Not too sure whether I should extend the deadline. I will be judging the cars live on my twitch channel over at https://twitch.tv/coreys2000 if that interests anyone, I wont be able to do any judging until Wednesday anyways so I dont mind extending the deadline till Tuesday night if that is what people needs

Yes you need to send him the car file and post an advert with a picture of the car and it’s price at a minimum, although some lore is preferred and will score you more points when being judged.

Stupid question… What is a lore?

Not a stupid question at all. “Lore” is background story. Usually filled with details about the company, it’s there to help readers understand who the important people in your story are, why they made that car, etc. Check some of the other company threads (in Sharing/Car design sharing) for inspiration, there are some VERY good stories on this forum.

Closing Date is 10pm BST Tonight! I really do need some more cars, quite a few inactive companies

February 1986:
Vinod Krishnan was a mechanic running his own workshop with wealthy profits. He used to sell after market upgrades and also repairs and services cars. He always had good reputation for fixing the cars with utmost care and attention. People always praised him for his work and the quality. He was always fascinated by car and engine designs and decided that the will create a chart with car and engine design. He took it to the most reputed motor companies in the city. They laughed at him. They said what he was trying to achieve is impossible. He can’t even get close and kicked him out. Vinod was frustrated and upset as he knew it is possible to achieve the spec mentioned in charts.

January 1987:
Of course people were laughing at him. Vinod then realised that this needs to proven to the world. He founded the company Krish Motors, and then started to hire the best of the talents available. Explained them the car and engine designs. He said this should target the luxury market as they can’t mass produce at the start. The team started working on it, there were frustrating moments, staffs quit, production had flaws, quality issues etc. Vinod did not give up, he invested a lot and went on with the goal.

September 1990:
Vinod invited automakers and public for a global conference. He started off with the introduction of the company and what it plans to produce and details on important people in the company.

He said this was achieved. Everyone applauded. Then he revealed the car.
Stunner V12 DOHC

The price? He said 41999 GBP. Waved his hands to the people thanking them for attending the conference.