Saminda Motor Co - Japanese workers in Wuhan to come back to Japan, factory to shut down

The all new Brilliant MPV, A family mover with Characteristic. 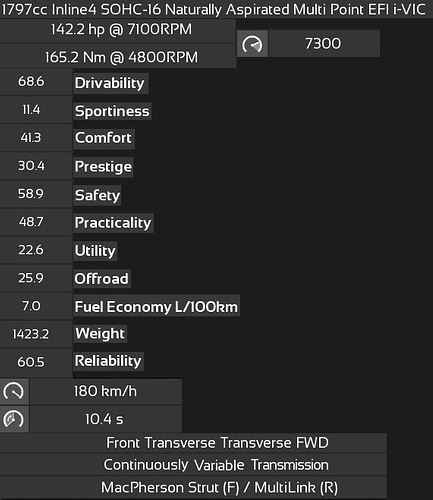 The Saminda Brilliant (Japanese : サミンダ- ブリリアント Saminda Buririanto) is a compact MPV manufactured by Saminda Malaysia for the South East Asia market, it’s the first Saminda to be designed in Malaysia. The Brilliant currently is not available in Japan but it’s not certain in the near future.

Design
The Brilliant design seems to be derived from Saminda’s current design language, making it instantly recognisable as Saminda’s work of art.

The Brilliant MPV proves that it continues to deliver what generations of Saminda drivers have come to know and love - performance and reliability.

TOKYO, JAPAN - Saminda Motor Co. have been suffering from quality issues since late 2014, the Japanese company have since strengthen it quality controls worldwide.

“Saminda manufacture some of the best engines in the world, with a failure rate of 1 in 289 but due to quality issue, stats shows that it had down to around 1 in 192, the failure rate is still low but they could do better” said Consumers Report.

Just yesterday, American Saminda Motor Co. have announced that they are recalling all models that are equipped with the 1.5-liter turbocharged engine from model year 2015 onwards that the piston may misfire due to cracked valve seal if the vehicle is parked under the hot sun, this is the 4th time Saminda have recalled it turbocharged engines.

“Saminda still sees 10% gain in sales on 2018, it cars still recieve many accolade and they are still a good brand, but not just what they used to be” says a editor in KBB.

The sport car killer is here, introducing the new CZ5.

The second-generation CZ5 is assembled alongside the Sachiuri Sagitta in Alabama, United States

Design
With agreement by both Saminda and Maesima, Maesima allowed Saminda to have it own redesign CZ5 but without any aerodynamics sacrifice, the CZ5 was designed by Saminda Japan and approved by Maesima factory in Alabama.

Legend is back
‘‘The first CZ5 represent Saminda in the racing world, reviving CZ5 shows that Saminda is and always is committed to performance and driving experience’’ said Nako Yashimita, project leader for the CZ5.

Availability
Currently only in Japan, future plans not yet to announce

I was going to say, by “sport car killer” do you mean kills itself when the engine commits die and the model has to be recalled?

Then I had to revise that comment because I realised this is a rebadge of another brand.

Then I realised that brand was Maesima, so my original question probably still stands

The sport car killer is here

More like a killer sports car - it’s hard to go wrong when Maesima has a hand in its development - and the result will certainly give the opposition sleepless nights for quite some time.

Saminda response was “Our initial test of the 1.5-liter on a 48 hours basis shows that the turbo sometimes can cause the engine pressure from getting too high, more than it can tolerate since we tried to make the engine as compact and light as possible”.

The 1.5-liter turbocharged engine is currently part of RE series while the redesign will be an all-new series.

The upcoming 2020 C3 will be the first to recieve it redesign engine.

The Saminda Pittari is the latest SUV lineup which is also the smallest.

Practicality
Saminda says they are targeting customers who want to drive an SUV, who want to load their cars with a lot of luggage, but also need the car to be compact and easy to drive. In an effort to meet this brief, the Pittari comes with a 365-liter boot space and 60:40 split folding rear seats.

Engine
Power comes from a 1.1-liter turbo engine with CVT which combined with newly developed light-weight, highly rigid body and suspension, help the Pittari deliver better handling stability and ride comfort, as well as the stellar torque, fuel efficiency, and driving joy that 1.5-liter engines are known for. All trims come with an 4WD drive option.

The new CR4 minivan (North America), Travel with your family in style.

For the North American market CR4, it’s a minivan manufactured and marketed by Japanese automaker Saminda since 1992, now in its fourth generation. Since model year 2000, Saminda has marketed a larger CR4 in North America and a smaller CR4 in Japan and other market

Saminda has been building one of America’s favorite minivans for decades now, and the 2020 CR4 pack just about everything the company has learned into one car.

New platform
The new nS platform, introduced in 2018, is lighter and stiffer. The result is a vehicle that while sharing a platform with an SUV and a truck, it still rides with stability, confidence, and smoothness. The CR4 receives a rear stabilizer bar that helps keep things tidy across uneven and curvy road surfaces making the CR4 more connected to the road than other competitors

Engine
The 2020 CR4 is powered by the same trusty 3.5-liter SOHC V6 you may find in various other Saminda vehicles. It produces 271 horsepower and 240 lb-ft of torque, plenty enough to get the whole family up the highway speeds along with some cargo. Power is driven to the front wheels via a eight-speed automatic transmission.

Safety
The 2020 CR4 remains one of the safest vehicles on the road, having earned the IIHS’s prestigious Top Safety Pick+ award even after the criteria was toughened up. In federal tests, it received a five-star overall score. In other words, this is a vehicle that has proven it can be trusted with your family.

TOKYO, Japan - Automakers Saminda and Maesima have announced a partnership during Tokyo Auto Show that covers a number of areas, including autonomy and collaboration on development of electric vehicles.

The Saminda-Maesima Global Architecture is a big bet by both Automaker. The idea behind these platforms is that they are modular and flexible enough to cover a range of different vehicle types, while ensuring that there’s enough of a repeatable core that the cost of redevelopment from model to model is greatly decreased. 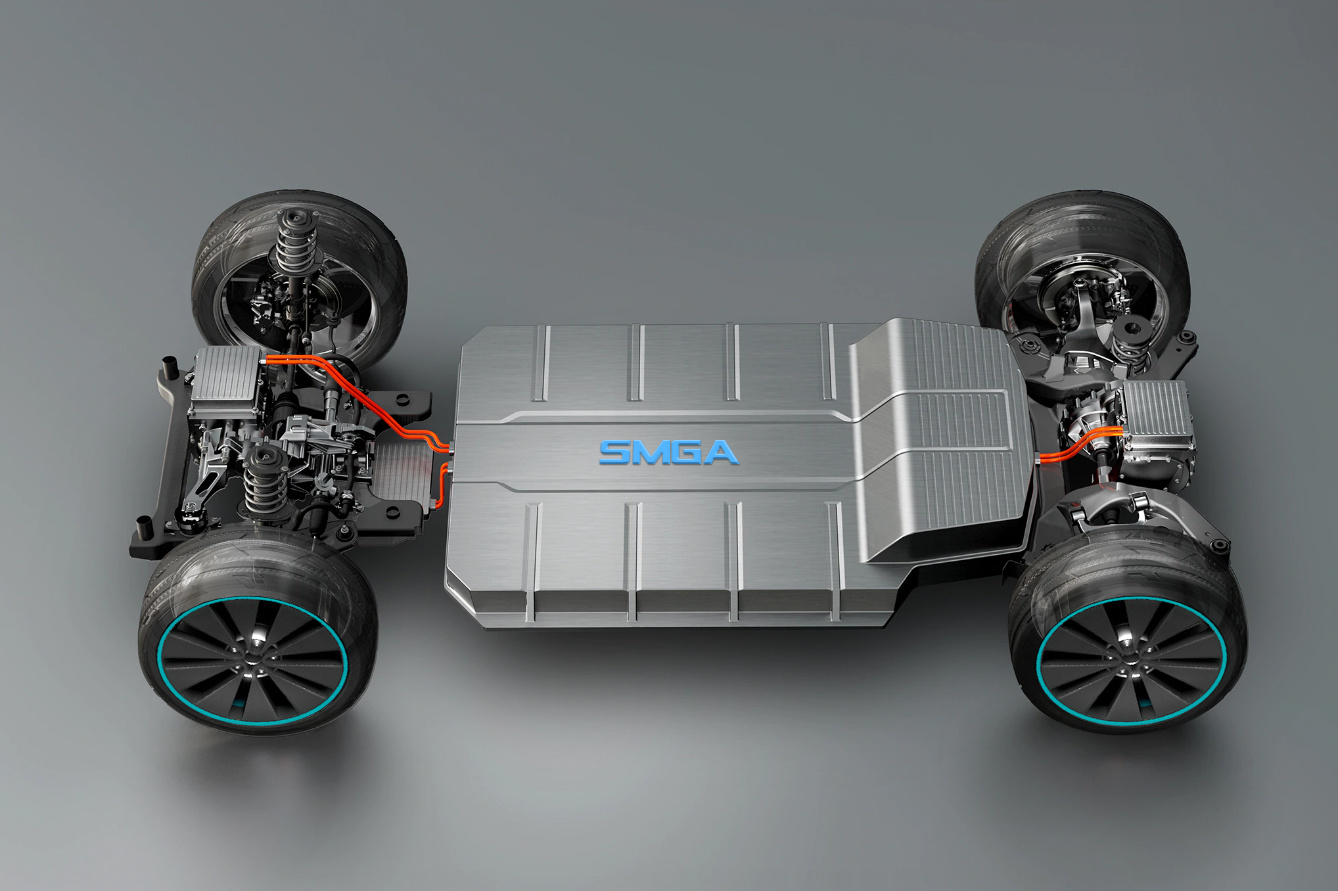 Saminda also plans to deliver more than 300,000 cars for the European market based on the SMGA architecture over the course of four years for the iXE alone, and the automakers note in a press release that there are considerations for a second model to be developed based on the platform. Saminda says in the release that this is just part of its overall, ongoing commitment to EVs. Both automakers will also remain independently and separately owned.

DETRIOT, US (BBC News) - Saminda is recalling 2.89 million SUVs and Sedans in the United States, Canada and China in order to fix a problem with it CVT transmission.

Saminda says it required software update in all affected vehicles, and will alert owners as soon as it is ready to make those updates

Saminda’s CVT is designed to save fuel by making sure the engine works as efficiently as possible. The optimal engine speed is around 5,000 revolutions per minute (RPMs), and traditional five- or six-speed automatic transmissions may have to clumsily shift between gears to try to maintain this engine speed.

Saminda said that it software is not in it optimal and the transmission will get “confused” which will not recieve the correct information.

With its reveal of the Tonaro Baja Race Truck, Saminda has given us our first look at the body shape, as well as some design elements of the 2020 Saminda Tonaro.

The race truck uses a twin-turbocharged inline-4 that pumps out more than 500 horsepower. While a 500-hp production Tonaro is unlikely, Saminda says that the block, cylinder heads and crankshaft are all borrowed straight from the production engine.

“We’re excited to share some of the styling direction for Tonaro and to celebrate this race truck that signals the return of SRD power to Baja,” said Arthur Ray president of Saminda Racing Development. “While this race truck is unique and different from the production Tonaro, it does a nice job of expressing not only our styling direction but also the fact that the Tonaro has been and will continue to be a pickup with true truck capability.”

Come to think of it, the Tonaro Race Truck would also look like it could conquer the Dakar Rally - it wouldn’t take much to adapt it for such a brutal endurance raid. As for the livery, it looks nice, but I prefer all of the decals being white or yellow, both of which look much better than red or black against the blue background color.

DETRIOT, US (BBC News) - Saminda Motor Co. has been forced to shut down it Wuhan factory amid it ongoing corona virus, the Wuhan-Saminda factory is the largest factory for Saminda in China which produced around 70% of it models there.

Saminda says the factory will remain closed until further notice by the Chinese government. “However, Saminda-Guangzhou will still be operating and we will shift some of the production from Wuhan to Guangzhou for the mean time” said Takahashi Nagara, Managing director of Guangzhou Saminda.