Why that does not surprise me?

Not that I’m bashing on your company, just some laugh about Saminda’s situation.

How is that possible? By the metrics most of the current lineup has an average reliability of over 70 which isn’t at all bad by any stretch.

Saminda isn’t really about the game anymore though is it.

I still remember the last time Yamahafazer did a comparison between the Adenine Cadence, Maesima Prova, and Saminda C3… the Saminda had the highest reliability 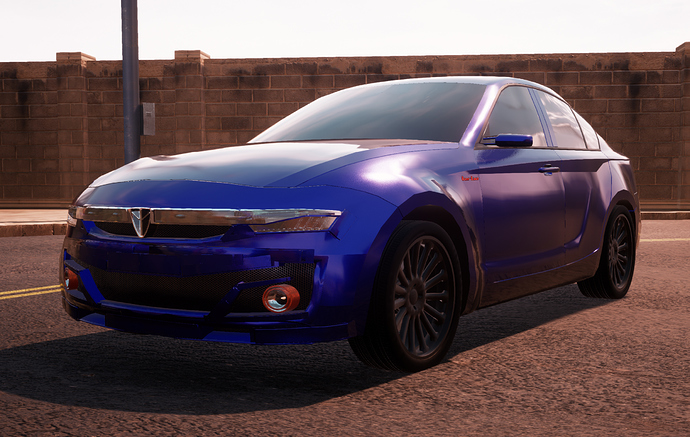 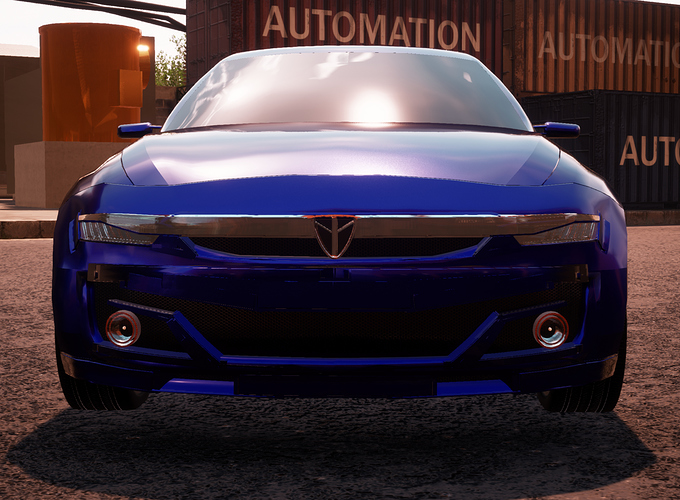 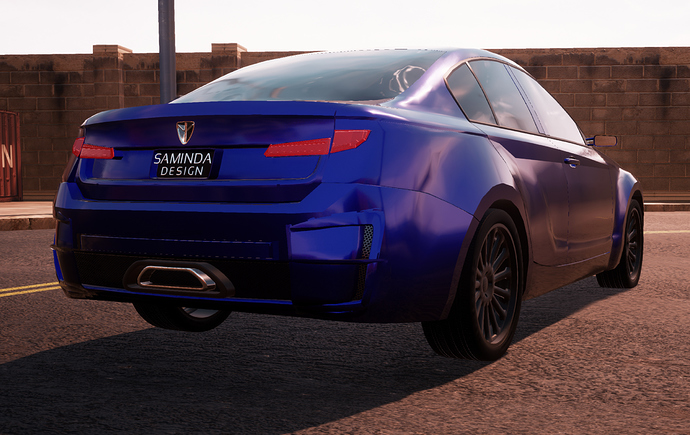 Recent Saminda’s has occasionally struggled to grasp the enthusiast market, but it soon going to be a history with the up-coming CThousandR and the ultra sporty C3.

Japanese automaker Saminda unveiled a new concept model of the 2018 C3. The model lacked an engine and an interior, but the redesigned exterior got Saminda enthusiasts very excited about what was to come for the 9th generation C3.

Saminda says the new car was redesigned top to bottom, with U.S. engineers and designers taking the lead.

Nice. Now just give it an engine, not a half of it.

The worlds greatest normal car is back.

Half an engine and half a battery. How is this not a fair trade off

Saminda boldly being bold as ever.

I can see a hint of F80 3er in the rear, but the front-end design exhibits much more originality. Let’s hope the C3 lives up to its promise when it enters production…

Saminda has just released sales record for 2017, sales have increased by 8%, thanks to China and United States (Excluding Auxuras)

China
Saminda recorded their highest-ever volumes in China in 2017, seeking to overtake United States as it biggest market for the Japanese automaker by 2022

Europe
Saminda has been long struggling in Europe since the 00’s, however in 2017 things are still not that smooth with a 6.7% decline of sales, Saminda only sell a little over 2000 cars in France.

Saminda UK said it has sold 49,255, down by 9%, people blame it on the CR1’s and C4’s which is to expensive compared to it rivals like Erin and Maesima.

Japan
Saminda Domestic Sales has not been great since 2008, with quality problems of it popular C1, sales decreased by 3.8%

South East Asia, Asia and Oceania
Asia Saminda Motors Region the regional headquarters for Saminda vehicles in the Asia & Oceania region have recorded its best-ever automobile sales record in 2017, with total sales in the of 711,733 units.

Saminda Motors Malaysia Sdn Bhd did the best this year with a record breaking of all time highest record ever at 98,845

Africa
Saminda has see a decline of sales in Africa seen 2014, sales has down by 1% compared to 2016

2018 Saminda C1 will be released in UK first, follow by Japan, North America and rest of the world.

Saminda expect the new C1 to be even more successful than the previous model in UK, in hoping to gain more market share as it has hit a high low 1%

The C1 will be powered by a 1.3-liter i-VIC engine produces 103bhp, a new addition to the range is the C1 SPORT which comes with a 1.1-liter i-VIC TURBO petrol engine which produces 130bhp, first turbo C1 for the UK market.

Michael Brown, Head of Sales in Saminda UK, commented: “The C1 is has always been our best selling car in UK and with the introduction of the SPORT edition, the 2018 C1 is the best C1 yet"

TOKYO, Japan - in the high-stakes, high-cost battle among global automakers to develop ever more efficient vehicles, Saminda is looking to introduce it latest technology.

Saminda Motor Co. said it would become the world’s first automaker to introduce a engine with different bore/stroke on the cylinders.

It has called its engine i-VIC-e and said it would be 15 to 25 percent more efficient than its current i-VIC.

How Does i-VIC-e work
2 of the cylinder would not have the same top dead, in order to counter it Saminda has created new types of camshaft and valves with different size and length, let’s say a 2.0-liter inline-4 engine would have a 200cc, 800cc, 800cc and 200cc, the engines uses 1 of the smallest cylinder to idle, the engine can go from different displacement (up to 7 varies) to give either efficiency or exceptional power, it’s combined with Intelligent Variable Intake Control.

In order to counter vibration, Saminda sits the larger cylinder in the middle of it. 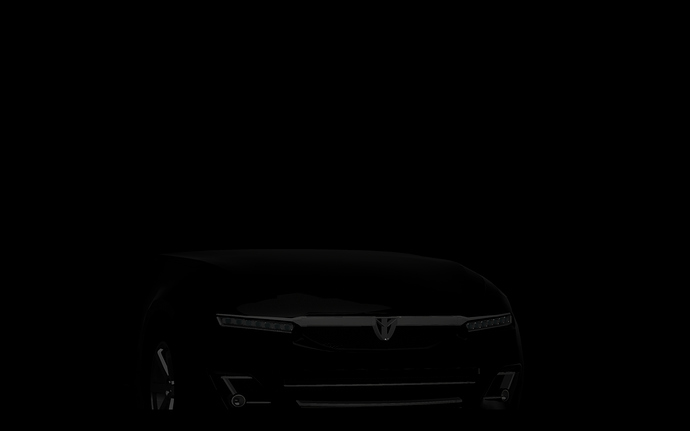 Saminda has released a teaser image of the C3 sedan

Powertrain details are yet to be revealed by Saminda but the previous model was available with two engine options: a 1.8-liter i-VIC engine and a 1.5-liter turbocharged (i-VIC ProAIR) engine, which probably would be the same unit

Spec-V variant has been axed last year to not confuse with Auxuras Spec-V models so there would be no performance variant for the C3 anymore. 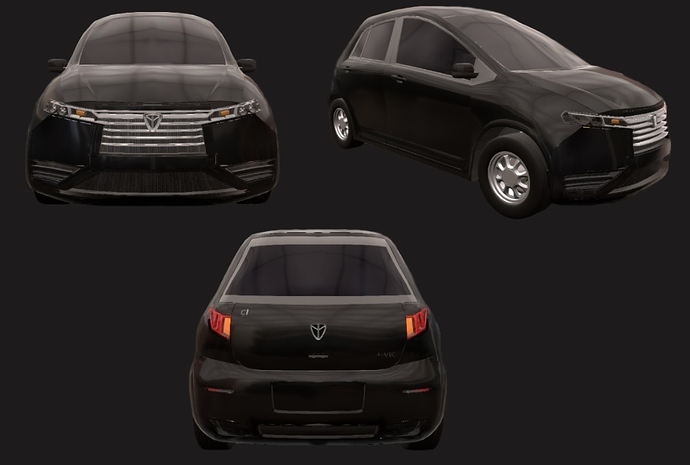 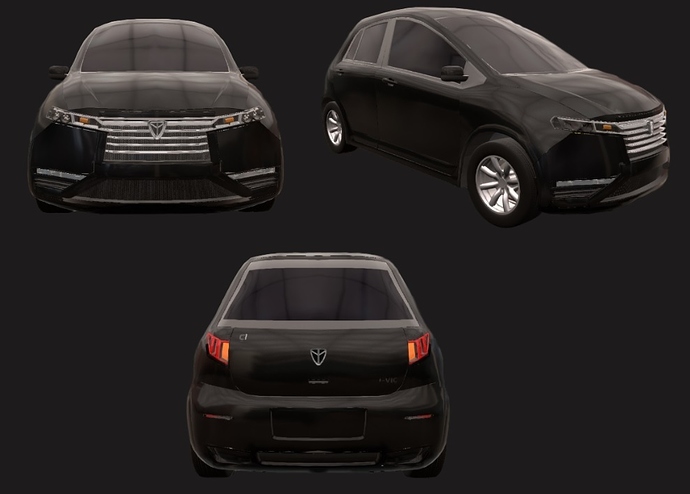 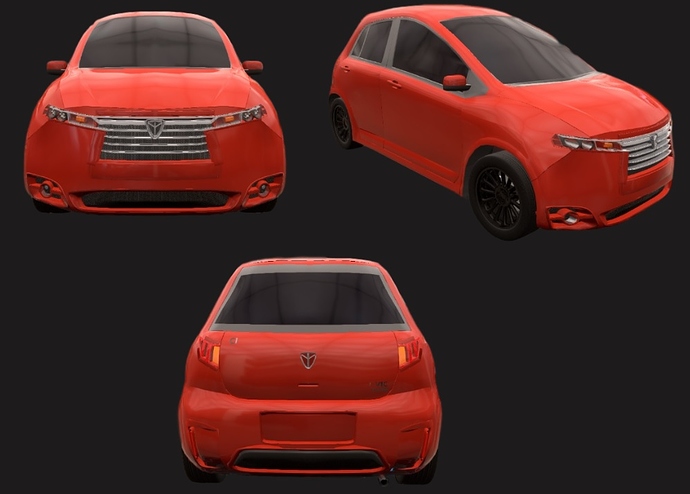 The 2018 C1 will be released in Europe first before Japan, making it the first C1 to be released outside of Japan first.

A 93bhp 1.3-liter i-VIC petrol engine will continue to be available across all C1 trim levels, apart from the new Sport grade

The C1 (Europe Version) is designed by : Naoyuki Suzukl

TOKYO, JAPAN - Saminda Motor Co. R&D head Kaito Haruto says that it is extremely pleased to be able to take charge of the up-coming C1000R. “We would like to try new things, something we have never created before and will give everybody a ‘wow’ impression when they look at it, kei car are usually boring and we would like to change that perspective.” Haruto added

Haruto also added that the C1000R will have a all-new developed 660cc turbocharged engine with electric motor powering the rear-wheel, CThousandR are more unique to Saminda’s due to it RWD layout than a FWD layout that Saminda’s usually are.

A concept version will debut near end of this year at Tokyo Motor Show.

Born to track, Born to race…Introducing the long waited C2000R 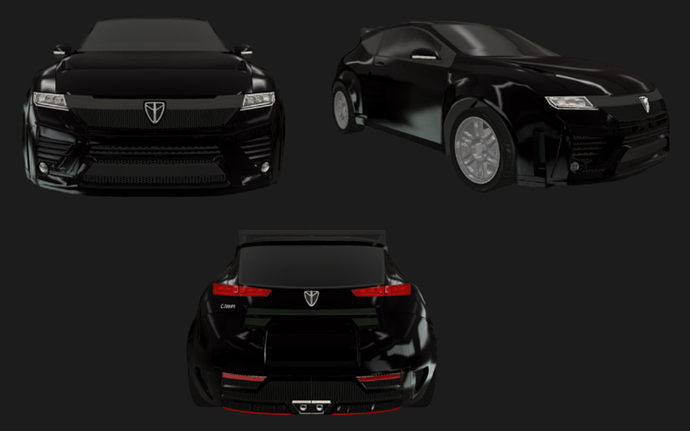 On 2016, the pre-production C2000R achieved a lap time of 7:56s on the Nürburgring Nordschleife, making it the fastest 4 cylinder hatchback under £38k.

The C2000R engine is a 2.0-liter i-VIC ProAIR(Turbocharged) engine mated to 2 electric motors , the battery contribute around 58BHP making a total of 368BHP

Kamper added ''Making a fast car is technically very easy, you put in the four wheel drive system, you increase the power, you make a bigger engine, you make a bigger car, but whether it would be quicker around the Nurburgring or any track is a big question mark, the C2000R is bulit in a way that it would go fast in both straight line and in a track."

Design of the C2000R serve purpose
The styling might be too extreme for some, but it’s there for a purpose and it works, try getting it on a track, and it’s a superhero.

Availability
Europe and Japan, UK in Q1, rest of Europe in Q3, Japan in Q4

On 2016, the pre-production C2000R achieved a lap time of 7:56s on the Nürburgring Nordschleife, making it the fastest 4 cylinder hatchback under £38k

The Armada Fore GTi (which retails for about £25000) has a message for you:

which, more politely put, is a request for other details like fuel, tyres and engineering time

Pssst, for just £1700 more you can have about as fast premium sports compact with two cylinders more

Seriously though, marketing aside, finally!

Good to see the most crazy car of the most wonderfully ordinary company back, at last on the road. I’d love to see some sports compact shootout, @DeusExMackia or @ramthecowy interested maybe?