Interested both in sending a rival car and in reviewing it. Perhaps even a collab with MotorNation?

There’s no denying the all-new 2018 Saminda C2000R is an excellent and an enthusiast dream car.

But there’s one bad thing, it’s not selling as expected according to Saminda.

Saminda expect to sell around 100 units for the first month in UK, but it sold only 33 units of them which is more than 50% less as it expected sales.

Before the C2000R is here, the hype is all around the world, everybody wants one, but when Saminda finally start to sell it last month, the interest on the car seems to die down.

Some are blaming it that Saminda take too long to release it, too expensive or look “outdated” since it was designed back in 2014.

That said, the future of CThousandR line up might have trouble continuing.

DETRIOT, USA - The i-VIC-e which e stands for ‘‘Efficiency’’ according to Saminda, currently the technology is only applicable in it 4-cylinder variant, the engine is so smart that 2 of the cylinder will have different displacement than the other 2, it would go like 200cc, 800cc, 800cc and 200cc.

The engine will run one of it smallest cylinder for idle, and it can go different displacement when accelerating which can go up to 7 varies depending on your needs.

Despite that, the engine still run and idle smoothy, the way to counter it was pretty simple, Saminda said it will always put it heaviest cylinder on the center for stability.

It was announced in Feb 2

Saminda new engine technology promises better efficency TOKYO, Japan - in the high-stakes, high-cost battle among global automakers to develop ever more efficient vehicles, Saminda is looking to introduce it latest technology. Saminda Motor Co. said it would become the world’s first automaker to introduce a engine with different bore/stroke on the cylinders. It has called its engine i-VIC-e and said it would be 15 to 25 percent more efficient than its current i-VIC. How Does i-VIC-e work …

Okay that is a really, REALLY cool idea.

I’d love to see the actual Engineering behind this…

The valvetrain design to make that work must be pretty insane!

That tech could be perfectly be applied on real life!

Saminda cancel it plan for AWD C2000R, it will be also recalling all C2000R for faulty ABS

SWINDON, UK - Saminda UK is recalling all C2000R that has been bought before May for faulty ABS sensor and urge owners to immediately repair it at their nearest Saminda dealership free of charges.

"Saminda UK reiterates that all its current selling C2000R are not affected and will continue to uphold transparency and stringent controls to ensure customer safety,”

AWD version C2000R cancelled
Saminda also announced that the AWD version of C2000R has been cancelled.

Managing Director of Saminda UK, Robert Christopher said “The AWD hot hatch is too competitive over here, we don’t think Saminda has to follow the trend.”

Introducing the ALL NEW ZORO, The new Era.

Wuhan Saminda launched the China-only Zoro for it Chinese consumers, It is based on the tenth generation Saminda C3 with a redesigned front and rear, Aimed for younger generation, the Zoro is a cheaper alternative of the C3.

Engine
The Zoro uses the older YB Series engine which features a SOHC with Intelligent Variable Intake Control (i-VIC), there are two engine choices available, a 1.6 or 1.8-liter.

Features
The Zoro comes standard with 6 airbags, ABS, Traction Control as well as a 5-inch touchscreen.

The Zoro is designed by : James Lee

We uses the older drivetrains to keep the cost low, fret not it still maintain our reliability and fuel economy.

Torsion beam in a small saloon - it compromises comfort but also keeps costs down.

Honestly, I think considering the market and price point, everything looks fine. Honda, for instance, is still using a SOHC V6 family that is now 22 years old I think for the Odyssey. Torsion suspension is still very commonplace for cheaper FWD cars. 5 speeds were still around not 10 years ago in big mainsteam brand cars like in Mazdas and Toyotas in the US. And hell, even the Corolla had (has?) a 4 speed auto in the E170.

That’s why I said “kind of.” But apart from maybe that Honda V6’s, the only cars without DOHC nowadays are American muscle, and even they’re transitioning. (Looking at you Mustang.) And even econoboxes have 6 speeds.

Saminda C5000R to debut it production form in Paris Motor Show, everything you need to know about it upcoming latest CthousandR range 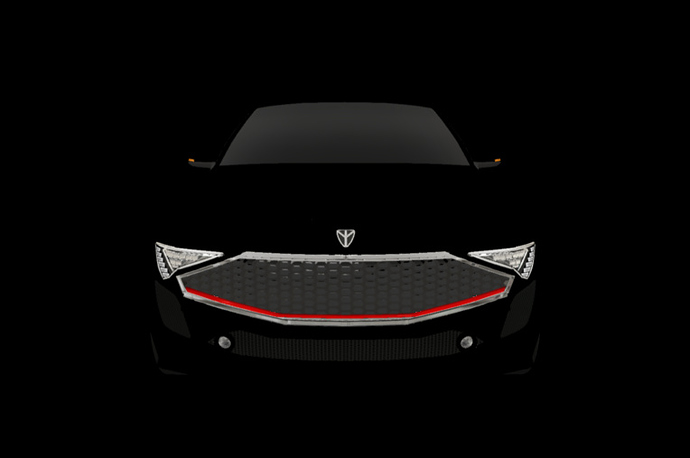 DETRIOT, US - There’s not been a CthousandR on sale since 2006, but the Japanese giant has promise it comeback on 2014 that a new version will be here soon, few months ago the C2000R was finally sold after nearly 10 years of developing.

Engine will be shared with the C2000R(Rumors)
No official announcement from Saminda about the engine yet until the debut from Paris Motor Show, however, it has been confirmed that it will have 2 electric motors too, so we wouldn’t be suprise if it had the same engine as the C2000R

ALL-NEW RANDIS! untuk kenyamanan Anda sekeluarga (Comfort for you and your family)

Saminda just released the all new Randis in South East Asia, it is very popular in Indonesia, Phillipines and Thailand, the Randis is significantly taller then the CR10 MPV but shorter in wheelbase.

Known for it cheap, reliable and fuel efficency, the Randis is a very popular choice for Grab/Uber drivers in South East Asia, more then 50% of private taxi in Indonesia are Randis.

Seats
The Randis sit 2+3+2, The adjustable second and third row seating make it possible for owners to configure the interior layout to suit their requirements, offering various combinations of passenger versus cargo space.

Engine
Driving the new Randis is a 1.5-liter RE15A1 DOHC four-cylinder engine with i-VIC(Intelligent Variable Intake Control). It produces 104 PS at 7000 rpm along with 141 Nm of torque at 4100 rpm. It is then mated to five-speed automatic transmission.

But yeah, many brands (mostly Japanese, if not all Japanese) have factories in Indonesia to cut import cost… Very realistic, and also Indonesia wants MPVs. Everywhere I see, MPV…

The CZ’s range is officially dead

It’s official, Saminda has admitted it has killed of the CZ’s range sliently after it ended the CZ6. The CZ’s range serve Saminda as it flagship for high performance and supercar.

Yuko Nagoya, CEO of Saminda, has confirmed that plans to reintroduce a CZ’s into it range is pretty much dead.

Instead of developing a halo car, Nagoya wants it company towards fuel efficiency and low emission vehicles, which turn the company by introducing the upcoming i-VIC-e engine and more hybrids vehicle. “By 2030, 70% of Saminda vehicles will go hybrid or electric” said Nagoya