Sicilia is one of the great lost automotive companies, having only produced 5 individual models over its 24 year life span. Andrea Parrino formed the company in 1953, having seen the success of manufacturers like Scagliati ride the wave of success and prospherity after the war left Italy in ruin. Living on the isle of Siciliy, he designed and comissioned a luxurious sports car, with his own bespoke engine pushing nearly 170 horsepower.

This car would become known for its awe inspiring beauty, and upon initial reactions to his beautifully crafted drawings, Andrea named his first car the “Artigianato Sfolgorante” in reference to the words uttered by his critics.

1955 - Artigianato Sfolgorante
The first car released by Andrea and built by hand in its first form, it took the thoughts of beauty, style, and finesse and brought them into reality. Parrino loved his creation and was happy to see it sell not only in italy, but with interest from those in Switzerland and France. None made it to England, and there was no market for RHD variants. Of the 73 built from 1955 to 1959, only 15 are known to still exist, with some thought to be lost to the fields of mainland Italy. Model no.1 is supposedly hidden in a barn somewhere on Sicily, but no-one has found it so far.

1959 - Strada Aperta
After the relative success of the Artigianato, Andrea Parrino took to work retooling his workshop and hiring a few of the engineers from Milan. Together they restyled the classic coupe, converting it into a stylish and desirable Cabriolet. The Strada Aperta took the same basic chassis, and continued the advances made by the young Italian with is start up car, producing something the Italian people were proud to call a Sicilia.

Over 160 were made between 1959 and 1966, with 31 still remaining in the world today. They are a precious collectors car and are valued highly by Italians and Frenchmen alike. Some have passed through the legendary Monaco in their time, but as of now none have stayed.

1965 - Tramonto Marsala
Widely considered to be the best car ever produced by Sicilia, the Tramonto Marsala took all of the knowledge of style and beauty that Andrea and his small team had gathered over the previous 12 years and poured it into their new mid engined supercar. The 3.8 litre V8 pushed out 265bhp, a good amount for the time. It was a quick car by any standards and it was pretty enough to capture the hearts and minds of every man and woman who lay eyes onto it.

140 Tramonto’s left the workshop in Sicily between 1965 and 1973, and of them, 6 made their way outside of Europe. Currently 28 are known to remain and 1 of them is due to appear at the Paris Motor Show as part of the Evanham Collection.

1971 - Bellezza Assoluta
The successes of the Tramonto left huge shoes to fill for the next generation of Sicilia. The company was now bigger than ever, and by 1971 was at the peak of its history. The release of the Bellezza gave the company one of its most common, and unfortunately least valuable cars, with an incredible combination of visual features borrowed from all Scicilias from the past 18 years. The classic grille saw it’s return to the face of the Bellezza and the new stylish headlight mechanism was modified.

Over 300 Bellezza’s were constructed at the workshop, and 54 are known to still be in existence. Whilst the least valuable Sicilia, the car is still well sought after through Central Italy and Switzerland and beloved by those who also fell for the styling of the previous Tramonto.

1976 - Ragusa Incrociatore
Less than a year before the collapse of the company, Sicila released their final car; the Ragusa. In order to save money, it used the same now woefully underpowered engine that guided the Bellezza to it’s commonplace amongst the Italian Market. The fancy chrome trim had been demoted to mere plastics, and the headlight mechanism was recycled from the Bellezza. It was in no way a bad car, and was an incredible feat for the small Sicilian company, but it marked the end of Andrea Parrino’s dream, sending him out of business.

Only 23 Ragusa’s were ever completed, and only 3 are known to remain. One is owned by a higher-up in Rome, and the other two are also privately owned.

And with that, the story of Sicilia ends. The location of the warehouse where the parts and designes were stored has been lost with the death of Andrea Parrino in late 2004. His son Michele Parrino has been searching for this warehouse with hopes of restarting the company, however no company nor the National Bank will invest in his ideas. It seems that Sicilia will never see the factory floor again. 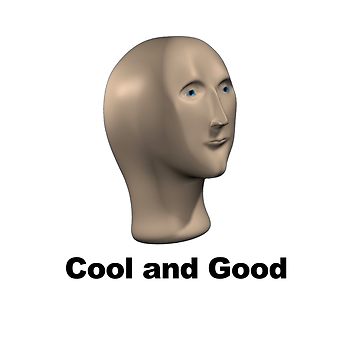 I demand to see its ass now

I want so see the rear of Aperta (like “Where’s my burrito”).

only 3 are known to remain

With so few examples left, it would not be a surprise if the survivors all fetched high prices at major collector car auctions today.