Haha I like the license plate bracket. Curious as to a 0-60 time…

The virgin one was originally a Virginia one. A friend of mine cut the ia as revenge for a prank I pulled on his car. We have a bet going to see who caves first and removes it.

As for a 0-60 time, I’ve never gotten an official time, but my amateur attempts yielded low 7 second numbers. Granted there’s usually 100 pounds worth of tools in the trunk and it still needs new plugs, wires, and tranny fluid. Only mod so far is a resonator delete. I am gonna open the exhaust up to 2.5 inches after I replace the timing belt. I think the 1MZ is one of the better sounding V6s. Also gonna get some sports tires once the cheap ones on there now wear out. And gonna do some suspension upgrades once I replace the steering rack. I’m definitely changing the bushings. Might do the sway bar too.

Edit: In my defense on the weeb flair, Takumi also drove a battered old Toyota.

Changed the Camry’s transmission fluid today. I don’t know when (or if) it was last changed, so I’m gonna let the fluid run for a week or so and change it again. My plan of slowly building the car up to being better than it was is working. Also ordered a new fuel filter for it. Not sure if that was changed either. Also ordered a couple parts for the Neon. It’s also gonna need a new starter.

Ordered the new starter and a new solenoid for the Neon. That should be here sometime next week. Also the Camry has had some electrical gremlins over the past couple of days. I had half the dash apart trying to diagnose it. Turns out it was the dome light fuse (there are 2. 1 in the cabin, 1 in the engine bay. The engine bay one was kinda blown. I initially thought there was only the one in the cabin). Even my headaches with this car aren’t so bad in the grand scheme of things. 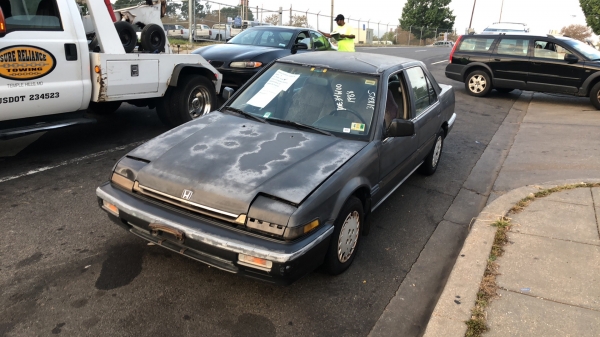 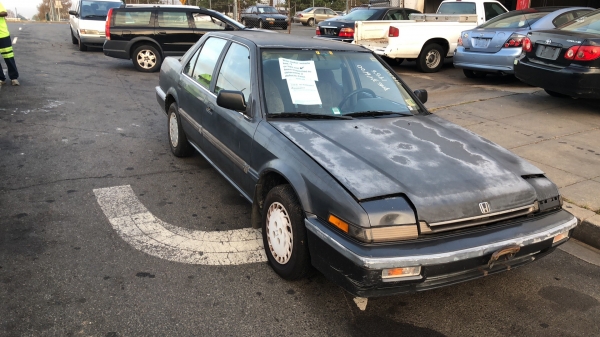 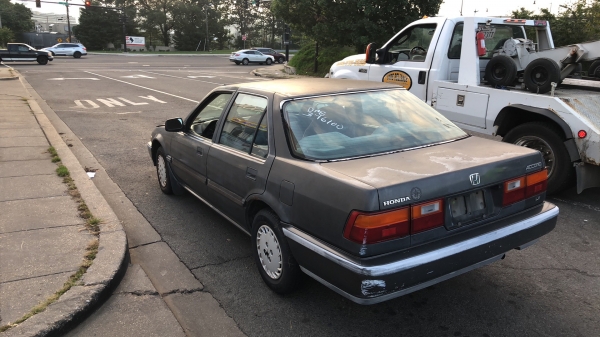 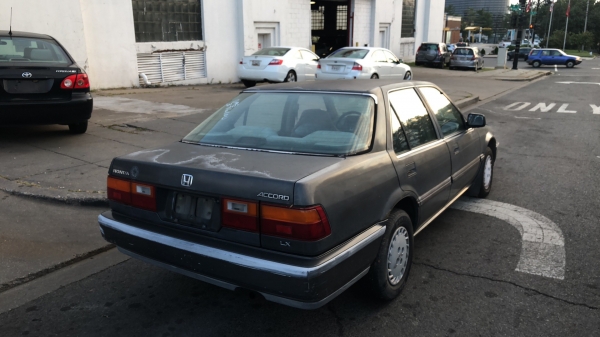 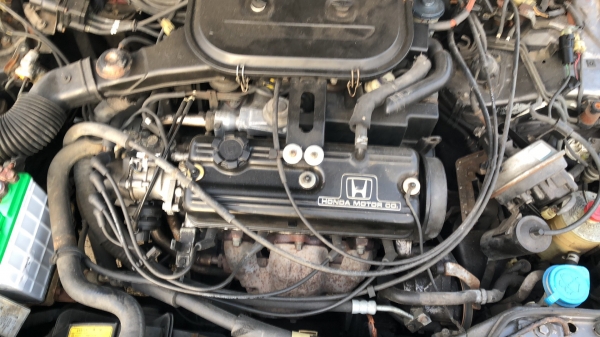 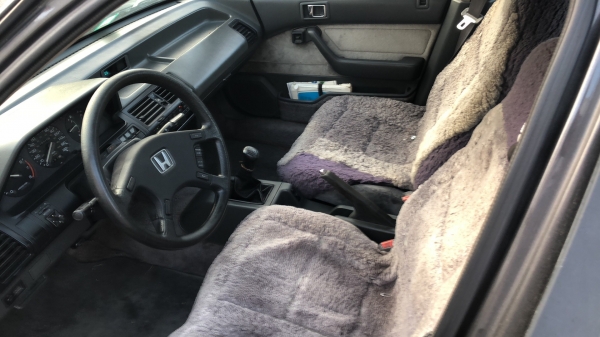 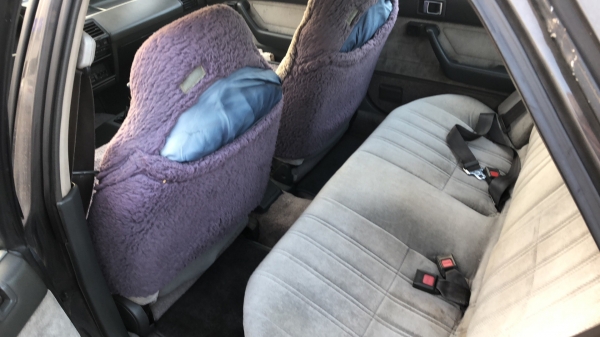 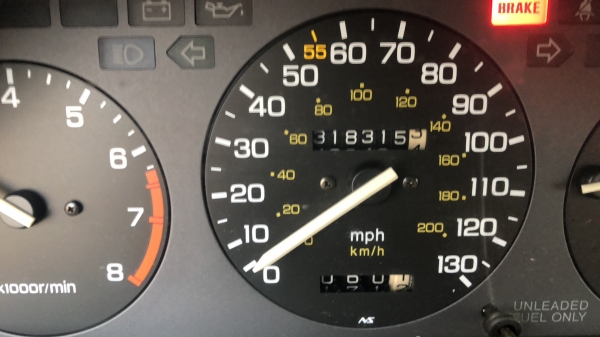 (note: these are the pictures the auction took. But it looks the same as it does here)
It has the A20A1 2 liter I4 making a whopping 98hp and a 5 speed manual (yes, the clutch is good).

If cars could tell stories, I’m sure this would have many. Fine shitbox, sir.

It’s so beaten but it still looks happy. Full of life even after such great an odometer. I love it, congratulations on your new car!

Carbureted in 1988? Puts the “shit” in shitbox! Surprised it doesn’t have a 4-speed! Seems like it’ll be a lot of fun to beat up. Congrats good sir.

This is my 1st proper shitbox. And yeah, this was the last generation they offered with a carb (they did offer fuel injection on the higher trims). The USDM ones only had a 5 speed manual or a 4 speed auto. I’m going to pick it up this tuesday, so I’ll comment further on it then.

Picked up the Accord yesterday. I mentioned an issue with the popup headlights on discord. That went away on its own. The issues it does have are:
The synchro on 4th gear is weak
The radio doesn’t work
There’s an exhaust leak causing it to run rough at idle (the idle mixture is electronically controlled via the O2 sensor)

Got the Neon up and running again. It needs a positive battery terminal badly, but it starts if I hit it a couple times. Also began the a/c delete on it. Had the refrigerant removed and took the lines and condenser out. Gonna be getting a new serpentine belt to bypass the compressor completely soon.

Also decided to do something similar on the Camry. Since the power steering system doesn’t retain fluid at all, I’m bypassing it. I’m already used to driving it without it (the Camry is still my daily).

Replaced the battery cable on the Neon. It now reliably starts and moves under its own power again.

Haven’t updated this in a while, but I’ve been driving the Mazda a bit more lately. Although the Camry is doing just fine.

Title Lists a 99 Geo Metro, no mention of the 88 Accord, I love the plate cover/holder on the back of the Camry, where did you get it or did it come with the car?

Indeed, finally found a 99 Metro. Just doing some work to get it legal. It was only $200, but the brakes don’t work at the moment,

As for the Camry’s plate, I just put Akina Speed Stars into Amazon

The Camry’s starter solenoid gave out. I opted to order a replacement starter as well since I’m pretty sure it’s the original one. Plus it’s cheaper. And it saw over 15 starts a day up until last month. Should be here sometime tomorrow.

As for everything else, I won’t be able to fix the Metro until I finish up the application process at my new job just in case something happens. The Neon still runs just fine, but I can’t find the source of that water leak for the life of me.

The Camry got a brand new starter and solenoid. I think the old one was original. Surprised it lasted 22 years and 220,000 miles, especially when I used to start it upwards of 20 times a day for several months.

The Camry’s clutch hydraulics have a consistent leak. I already tested everything for leaks and I can’t find anything. I think it’s the master cylinder, which I’d have to take apart the dash to remove. And I can’t be bothered to do that. I mentioned this on discord, but I’ve listed the Camry for sale and I’ll use some of the money to buy a cheap truck.

Haven’t updated this in a while, but I sold the Camry a few weeks ago. Had to heavily cut back my fleet to pull myself out of a little financial slump I only just recently got out of. Still on the hunt for a new daily. In the meantime, perhaps I’ll post about the car I’ve been driving in the interim.