This, boys and girls, is called “Truth in Advertising”.

Keika Automotive prides itself of being truthful. With stats like best handling, 0-62, and the best dealership to cemetery time of any car within our price range, we believe the positives outweigh the negatives!

For 1966, the Brigadeer from the Mamayan manufacturer IP Automotive LTD is updated with the new overhead camshaft engine, actually sourced from the sporty Celestia model, which makes it not only a great performer off the road, but also on the road. To prove a point, IP have decided to enter the 1st Great Archanian trek with its factory team. So confident are they in the updated Brigadeer model that they enter with a bone stock Brigadeer 1900 DX2 4x4, only special equipment is a CB radio for communication, back seat delete for space to carry fuel, tyres and spares, and of course, a paintjob in IP Racing blue. Not a colour available on the Brigadeer, but being the official competition colour for the IP Motorsports division, the shade was a no-brainer. Inside the car we will find Chandawang Sangwat as the driver and Pawoon Khaodai as a co-driver, known for many rally victories in their home country. Now our only question is if the manufacturers confidence in their drivers and their bone stock 4x4 will be enough to survive the rough Archanian desert? One thing is for sure, we will follow this with great interest.

(So yeah, I’m entering as a professional team if it wasn’t clear enough)

Sinistra Motors unveiled the Savage in 1965 as a concept, to be produced in 1966. A revolutionary new 464 cubic inch V8 with three valves per cylinder powers the Savage, and a trusty 4 speed manual meant everyone already knew how to drive it.

When Luke Sinistra, the company founder, heard rumors of a rally in 1966, he knew exactly what he wanted to do. As a factory-backed team, they’d have a higher budget, and they had this concept car taking up floor space. “Cars are meant to be driven” after all, and so Luke and the Sinistra Performance Division turned the FWD muscle car into an off-roader to be proud of.

The car was given a stout lift-kit, mostly to fit their Military Surplus off-road tires under the car, the rear seat was removed, and the front buckets replaced. A communications radio was installed in the dash, and the car was given a fresh coat of wax. After all, it won’t do for our concept to be seen looking disgusting before the racing starts. The soft-top was also checked over, and verified that it will go up, and down, under its own power.

Driving for the team is none other than Luke Sinistra himself, and his co-driver is Mark Jasper, an amateur rally enthusiast with 3 races under his belt. There were a few… concerns about the driveline earlier, but Luke insists that they’ll be fine, and that he’s not afraid to show everyone that FWD can handle about as good as RWD offroad. But most importantly, he’s aiming to knock a few of the 4x4 guys down a notch or two.

(Obviously, professional team. Might be amateurs, but they’re factory backed and reusing an old concept car.)

Sorry for any confusion here. The Basic seats are a requirement, as is the basic radio.

You can have more than 2 seats if you really want to. But I don’t see why.

Being unclear was my mistake here. 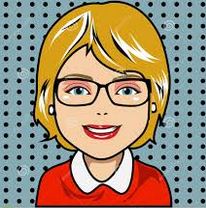 Co-Driver – Elizabeth Harcourt-Entwhistle, mother and housewife.
Age – Late 30s.
Driving experience – Driven tractors from a very young age and then progressed onto cars.
Other notes – Adept with finding her way around both a map and a toolbox.

Rebuilt 1945 Franklin Rhino. George found the car in a storage shed whilst stationed in Germany. Army agreed for him to take possession of the wreck and allowed him time to rebuild it. The vehicle was stripped down to bare metal, cleaned up and then repainted in the original DDG (deep dark green). In the process of rebuilding it was deemed necessary to bring it up to date.
Model designation is the G&EHE1966.

Only reason I asked was that I alreay had a 4-seater in my lore ready for this, but then I started to wonder what I was thinking since nothing is keeping me from making a clone of the trim and entering it in this competition after removing the back seats… I can think backwards sometimes I guess.

2 bits of wood for seats Good quality seats because Elizabeth was NOT sitting on tat!

You can role play that this and the reinforced limited capacity fuel tank are the only safety measures the organisation takes. The seats are simply uncomfortable early bucket seats. Worse than a bench, but at least with some head support.

I’ll adjust the build and send it through tomorrow.

Type: Amateur
Composed of: Xavier Müller & Jean-Martin Müller. They’re not related or anything, it’s just that half the people in Alsace are Müllers. They’re not here for fame, they’re mainly here for the lulz and to challenge themselves rather than other competitors.
Car: 1965 FAAL Mesaia 152. An ex military police vehicle with all the options: Factory offroad tyres, utility spec gearbox with a very short first gear, and that neat little manually locking diff for extra motricity, as well as two powerful extra projectors up front. All those options were only available on Mesaias used by the French Gendarmerie

And the Müllers added on top of that:

They stripped the car down of anything it didn’t need, mainly, safety features <_<

And they kept the original Gendarmerie livery for the show, because why not?

At least you guys don’t have to worry about rolling over. Well, you might, but at least you’ll have fiberglass between you and the rocks. We’ve got a rag-top.

The Pride of Ohio

I’ll make sure to trade paint with you, a friendly factory-to-factory rivalry. After all, that’s looking very much like the kind of competition the Savage was meant to tangle with.

Sure… but we might have to make a Bogliq sandwich at some point.

I can agree on that. Leave a little Red and a little Blue on either side of it.

What’s a Bogliq if not blue? I mean, Marine Blue Metallic isn’t the right shade, but still…

Crimson Sky Metallic High Gloss isn’t the right shade, either, but at least they’ll have gifts from the Americans. All they’d need is white at that point and they’d look rather patriotic.

Well, I’m not rolling over the top of them to give them a taste of Pure White. Gotta find someone else for that.