Yes, I did… Its… very painful process to say the very least…

Let’s start at the beginning. This is the Yorvik T-57, a purpose-built race car for GT1. Featuring a ground-breaking carbon fibre monocoque with a massive 6 litre engine from a Bramble group C project, the T-57 should have been a success. Indeed, it was…. when the engine worked. However, what usually happened was the T-57 shot off the starting line….and then the conrod would go. Or the pistons. Or the injection system. Or the…you get the idea. As a result, only seven of these ‘glass cannons’ were ever produced.

This is chassis number 6, found by amateur racer Simon Polter (GB) in a warehouse in Bologna on a business trip. After spending 3 years restoring it to race-worthy specification and adding more modern touches where needed (including upgrading the conrods so they don’t, y’know, spit themselves all across Eifel) it is finally ready to run. The car will be run by Retech Scuderia Bologna, driven by Polter and co-drivers Andrea Landi (IT) and Riccardo Deisler (DE).

HiResPhoto4.jpg3840x2160 1.01 MB
Original spec Group 5 car. Detuned to “only” 650hp, this flame spitting monster slurps fuel like no tommorow. Feared by both drivers and spectators alike, this machine has been known to explode in a shower of hot oil. Slow off the line, once the twin JJJ turbos spool up this car will almost snap the neck of the driver when the torque more than doubles in the space of 800rpm, reaching 43psi. The car features the original fiberglass body, glued aluminium chassis and 4 speed manual transmission.

Featuring the classic Gasol livery straight from the 1977 1000km of Monza.

Edit:
I can’t upload a .car file, (not here or in a PM), and I can’t send a PM to Simmer so how did everyone submit their entry?
'Nother Edit: Sent via Discord

There were a lot of negative internet rumors about the longevity of Celestial V12 replacement so they took the damn thing endurance racing with the car showing up in the Sp10, Sp9 and class V. the engineering Teams took the existing SP10 and 9 cars and Dropped the V12 out and slotted the V8 units in there place Dieling in the performance appropriately for each car. For the Road car class the engineering team literally took one off the production line and made the bare minimum modifications to it to enter. Celestials’ only goal from this is to make it to the line at the other end of the Green Hell.

Team RETECH will be bringing the first SVS-07 Gr. 3 to the Green Hell, entering in the SP9 / FIA GT3 Category with the following drivers:

This one in particular is the CometBar-PolyFuel Backed Marksman Sabre, acquired for use by Comet-Bar by the end of the 2019 V8 Supercars season and modified for use in VLN SP8, and to be seriously behind the pack.

Rikuto Ken - Super GT driver (other driver unavailable, so we asked for one in the Marksman-Suisei Alliance)

You’re not a regular user yet, but after a few posts, you will become one and be able to upload .car files via PM.

Don’t let that cute little face fool you, this is a monster of a car. In fact, what you’re looking at could be viewed as a Indy Lights car with clothes. Running a mere 690kg will certainly help with that image; the turbocharged midship four-cylinder will reinforce it, with 450 HP leaving quite the impression. Top it off with enough downforce, and whatever reasonable doubts existed before, well, don’t. Our selection of drivers would have to agree as well, with most of them having braved the fine art of open-wheel battle.

Feel free to laugh at it though. Whether it be the big ol’ eyes at the front, the comically large scoop up top, third driver’s name, the terrible Tetris plays on one side, or the wall of eyes on the other side, we know this is a goofy proposition. Though when you find a casual game of Puyo Puyo Tetris being played in front of you, take some time to appreciate the art while we check you out through the dual rear camera.

Hopefully we’ll demonstrate this car is no joke.

The 2020 RetroniX-Zacspeed L1GP. Now waging war in SP4T and beyond.

Made in collaboration with @yurimacs

If you have submitted a car, you can continue making a showcase post on this thread. Thanks everyone for your entries, if I counted correctly, there are 26 entries!

There will be two parts to the conclusion, a grid walk, and then a fairly simplistic race overview. 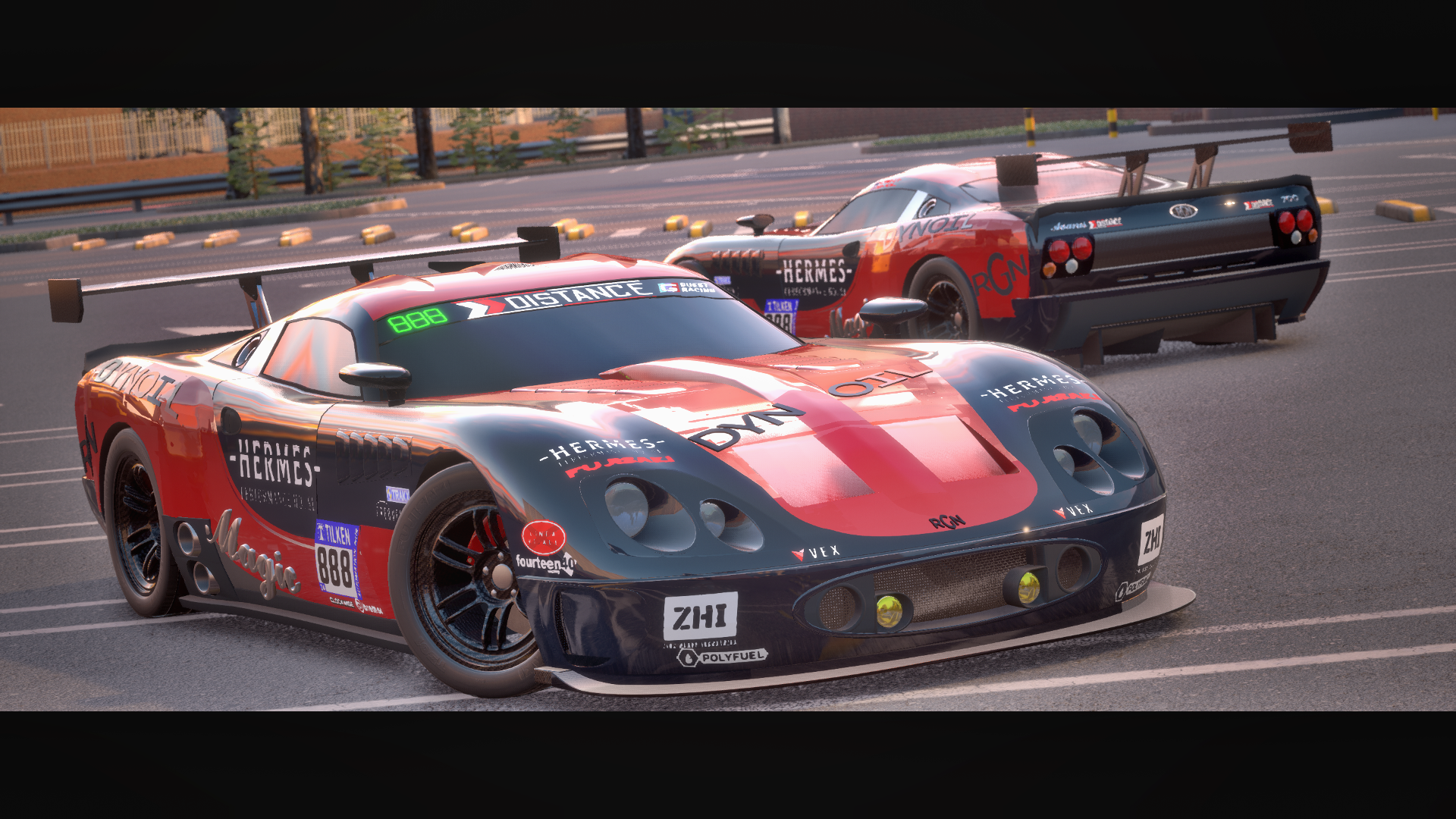 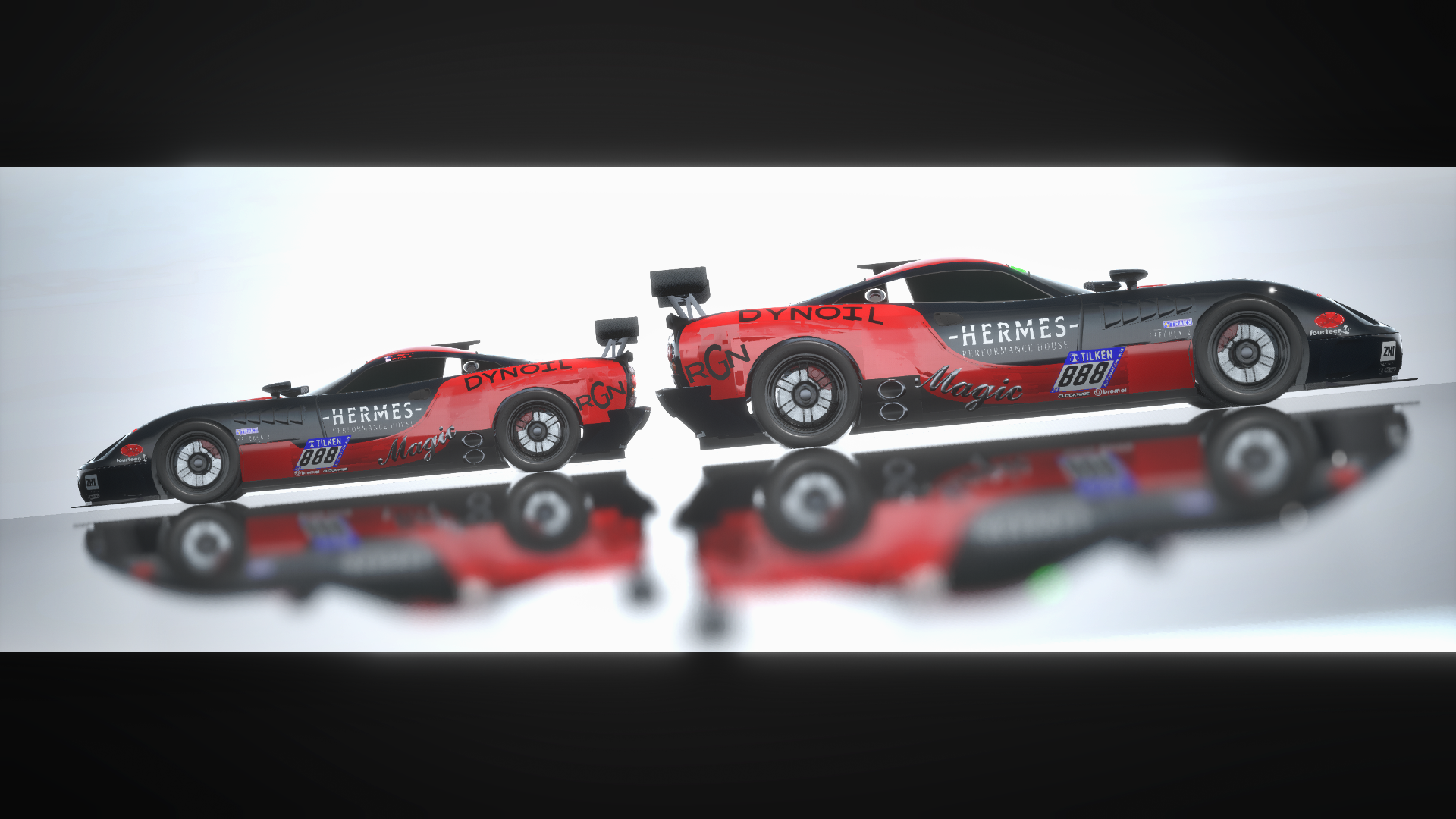 Designed by Centurion_23, Livery by Dorifto_Dorito

…and heres a showcase vod