Does this mean we can go wild with the quality slider for weight adjustments, or “within reason”?

Go wild. My rationale for including an ostensibly contradictory set of clauses is that WRC cars had mandatory safety including roll cages but were also able to go to extraordinary lengths to reduce weight towards the minimum. However physics only goes so far and if you pick an overly large body you’re stuck with it!

A bit of both but more the former than the latter. Certainly it would be impossible to match the claimed >500Nm at 3500rpm with the restrictions I’ve given.

I can however reassure you that given my testing so far, the exact number figures is only a small piece of the puzzle. I have tested entries with barely 300hp and entries over 350hp and with a combination of other factors everything came into play and peak power definitely isn’t the deciding factor.

I just included that real life guide to cluster the entries up a bit because I already know from experience what works.

How severe is the points docking?

A bit absolute, a bit contextual. You’re going to have to guess a bit here because it depends on what your competition does. Just like how you’re technically not supposed to spy on your competitors.

Would this translate to a ride height of say, 250 mm?

but my normal, liveried trim does, causing it’s reliability to be 0.0. I could easily reduce downforce but that would make it different from the fixtureless one

How many lips do you have on that thing

In this case I am not hugely fussed about the trim reliability (I am quite interested in the engine). But in this case I might just go off your plain trim for the stats just so other dependent stats aren’t stuffed.

This challenge is making me desperately wish I had a SSD. Load times are killing me.

The rest of my car is ready to go, but I just can’t seem to find a suspension setup that works well in the dirt.

using a rear-mounted wing is too unproperly?

Here comes a idea: Why the hosts dont compile all the entries that go into the game and some tracks that he want and turn it into a beamNG mod, like it was a real game. If the host have time it would be roleplay awesome. The other ones wouldnt be that nice, but in a rally game where you take time by yourself and not on a run, it could lead to some kind of racing challenge(knowing it would be a beamng challenge)

(Its just a idea)

Bosses want us to use the new wagon this year? Well okay then…

Why the hosts dont compile all the entries that go into the game and some tracks that he want and turn it into a beamNG mod, like it was a real game.

This was an idea I was already toying with hence my pitching this for an AGC. However for that what I would like to do is somehow make it that between stages the suspension and tyres can be tuned.

It’ll take some work but in essence the shortlisted cars will be in the pack and I’ll create a scenario list or something. I’ll need some help to figure out how to organise it allas I’ve never tried such. 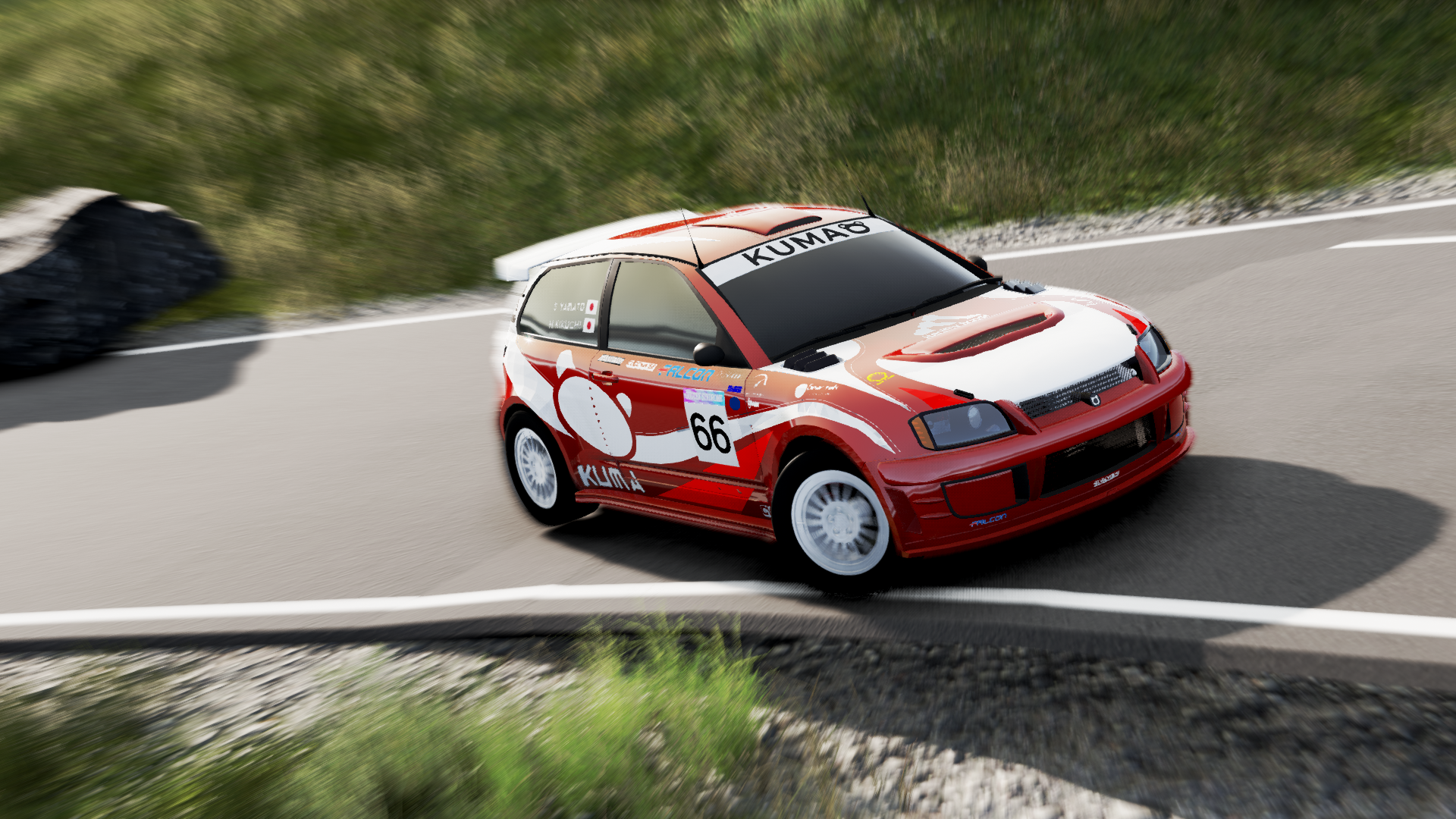 Wait, what? ‘TD4RS’ is a legitimate name for a car.

@Crash77 oh, no, I meant myself. I couldn’t figure out a name for my car. XD
Sorry for the confusion.

Trying to keep up with things as they come, though tomorrow will be a struggle!

Also, I have uploaded a video of my own shakedown lap in a test mule of uncertain specifications. But would revealing that now, halfway through the week, provide an unfair advantage and therefore I should wait until Saturday? Keeping in mind that I also recorded the video attacking the course at 100% (and so the time is ridiculously fast) whereas in all the entrant cars I dialed it to about 95 to make it a bit more realistic…

Is there any problem if my car looks like a hillclimber?

Hillclimbers and WRC specs are a bit different. Just look at the references. For the most part most everybody else has done a decent job of it (the styling scores are really close) so don’t shoot yourself in the foot.

In road car guise, the Explosion really lives up to its name with, erm, explosive performance - but the Rally Car version turns it up to 11, like comparing C4 to a thermobaric warhead.

Just to be clear, the “shakedown stage” is Italy Mixed and that’s the only course you’ll be using for judging, right?

Correct, it works pretty well to judge the major characteristics all in one.

Of course for those of you who do have Beam that should have been a pretty big hint as to how you should tune. For those without beam I acknowledge it is harder hence the driving part is only one of three equally weighted segments.

Whew, good. That means I don’t need to worry about Automation saying my car has 15% brake fade.