The Automation Gamer Challenge [ROUND 12]

It would certainly give you plus points if you would. Slap some sponsors on that bad boy too, to make it look more like a offical League vehicle

Ay, so something like this, but reinforced and stickered

i have no idea what im doing

Unrelated but wow does your car look good. @Sky-High

Maybe I’ll see if I’m free sometime this week to enter this round…might have a crazy idea that can work somehow…and maybe I’ll break the streak of being eliminated in prelims. XD 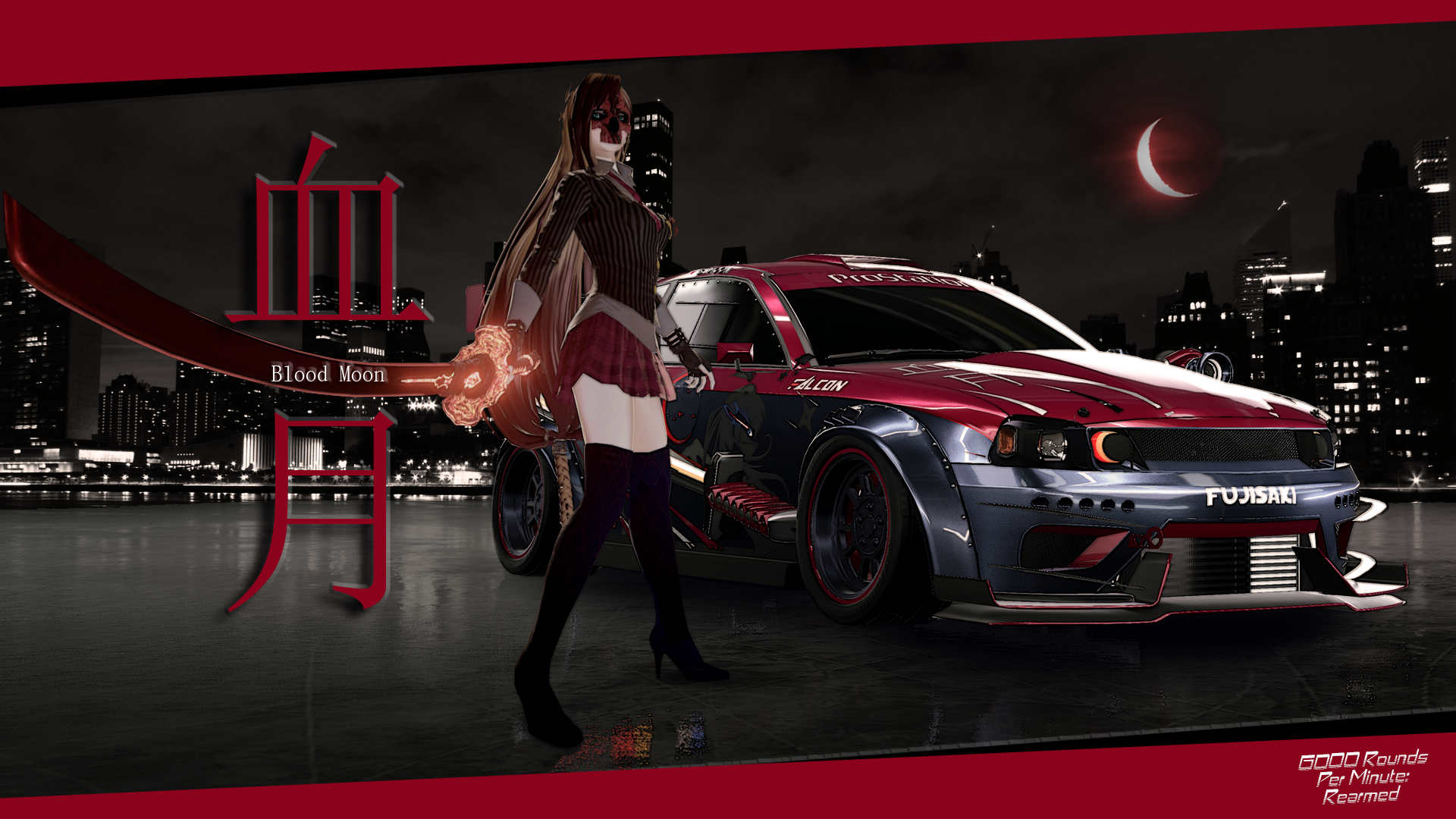 WEEBS IN (feat. the edge)

The Car: The Bulldog 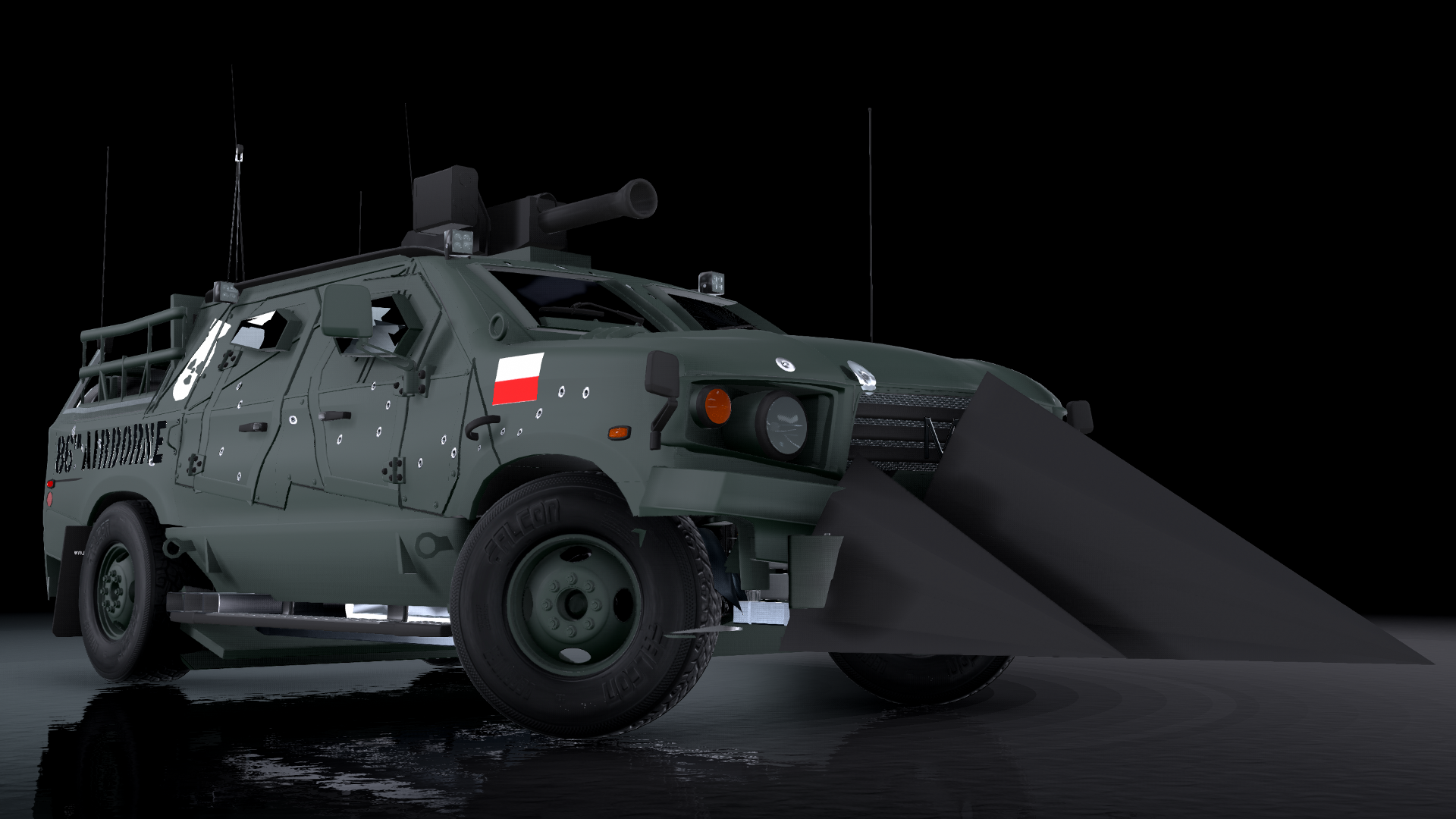 A modified MEN Bomb Resistant Armor Protected (BRAP) used by the 86th Airborne Division of the Polish Military. Fitted with a 400hp 4.6L inline 5 Nishima Heavy Industries Multi Fuel System Engine, the BRAP can still move if heavily damaged. The BRAP is also fitted with a manual gearbox for a true drivers experience.

…its a big battering ram…

The Bulldog is able to shrug off critical damage. This ability only activates once per match.

The Bulldog gains invulnerability for a very short period of time and any vehicles that collide with the Bulldog take get stunned for a short duration. Has a very long recharge.

The Bulldog gains a monumental speed boost propelling it forwards with a sonic boom. Anything in the path of the Bulldog is dealt massive damage and knockback. Any vehicle not directly in front of the Bulldog , but caught in it’s wake will be stunned for a short duration. Long recharge.

While the Bulldog is slow to accelerate, it is by no means a slouch. Use it’s sheer size to muscle opponents out of the way. In the Race mode, use “Bayonet Charge” to gain a quick speed boost either to move up the field or to gain a considerable lead. Drifting is important to maintain speed as the Bulldog will lose much more speed without it. In deathmatch/battle royale, use the Bulldog’s large health pool to face tank opponents. Be careful to not be flanked or surrounded otherwise expect to take lose health quickly. Using “Reactive Armor” with “Bayonet Charge” is a good way to escape from a dangerous situation, however be aware of your surroundings since charging straight into a wall is a surefire way to get killed.

The Driver: “The Big MEN” 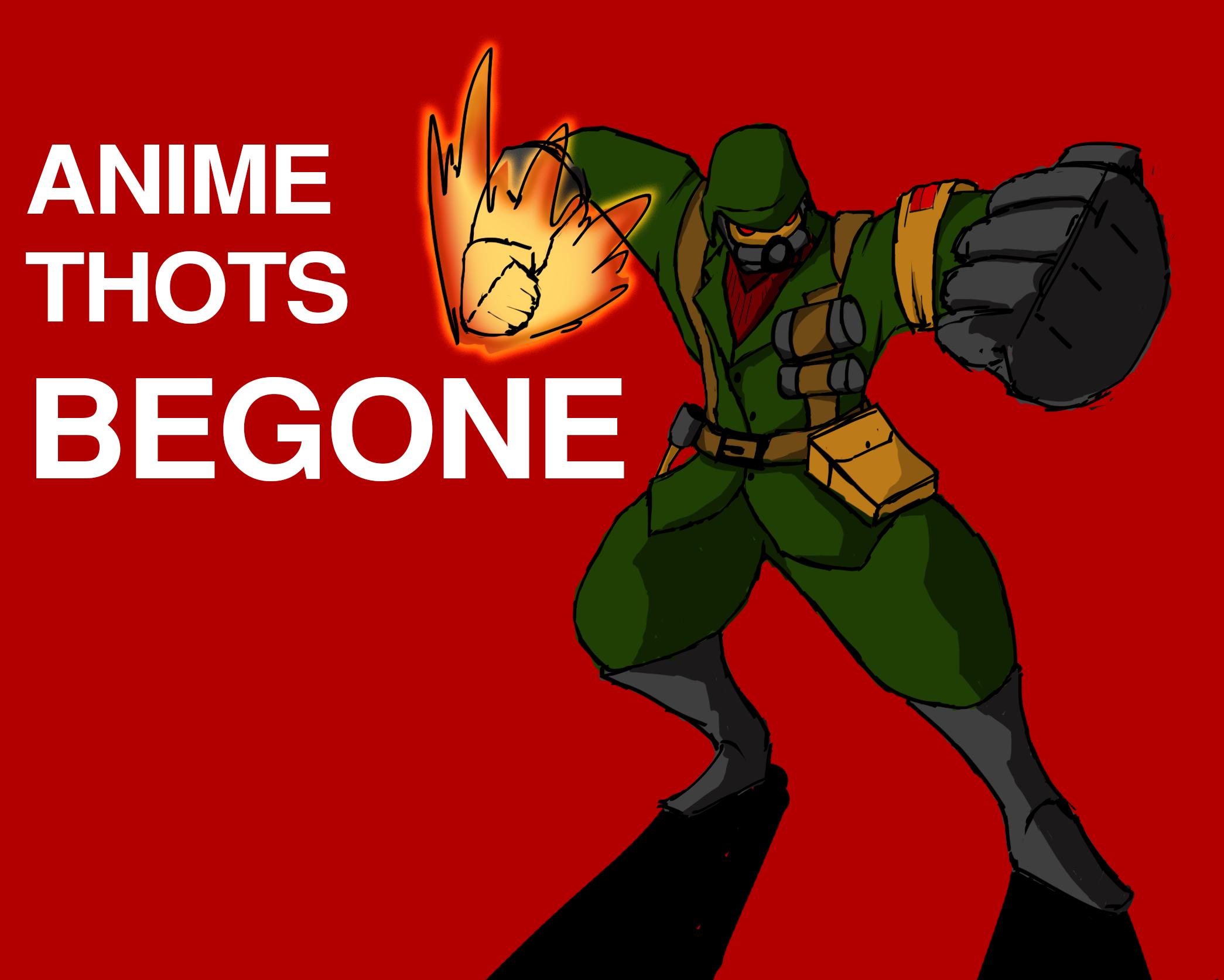 So I drew him properly…

It was leftover code. We think. Something.
It has become a tribute to a fallen driver, a fan favourite, an anomaly.
This is the Tributary, a Heavy, Hard to turn, but fast on the line Truck.

How Does it play?

The Tributary is a Shield class vehicle, with a very, very low handling rating, but a high top speed, and high acceleration. It is all about rocketing it's way down a fast straight, and hoping you stop in time for the corner.

What are the Abilities?

Active: Dead Stop When activated, The Tributary increases the force of it’s braking power by 100%, allowing the speed of the stop to become a dangerous offensive ability, dealing damage to anyone who collides with The Tributary.

Ultimate: Ram Charger When activated, The Tributary launches itself forwards for a very brief time. Any vehicle struck takes massive damage, however The Tributary also takes 25% of any damage dealt at the end of the Ability. 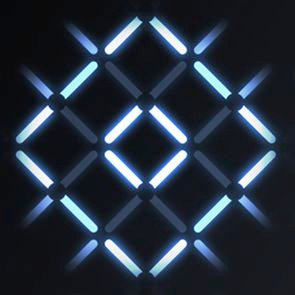 D.i.f.D is a robotic system created by REAPER TECHNOLOGIES INCORPORATED

to drive and behave like NASCAR legend [REDACTED]. The System is being trialed here to see how the System handles adverse circumstances, and if it passes required checks, will be implemented into other series. Now, to hear from D.i.f.D themselves.

“Greetings, I am D.i.f.D, an Artificial Intelligence created by R-REAPER TECHNOLOGIES INCORPORATED, I have been designed to Race, and D̷̰̰̺̹̜͆͗̽̿͋͌̇͑̕̚É̷̡̡͓̻̺͕̙̝͈͇͉̗͕͖̰͍̬̄̋̏̅̃̒́͂̃̕Ṥ̴̢͕̗̲͔̙͇͖̳̗̪͙͔̣̎̆̏̈́̄̀́̚͜T̴̢̨̟̻̻̺̬̣͇̗̣͍̗̞̜̿̏̈́́̅̔̄͋̐͘̕R̷̛͔̠̲̠̯̦͍͍̬͖͖̂͑̂̈́͒͂̑͐̃̈́̑̕͝O̶̼͖̦͔̩̔̑̽̌̃͋̔͠Y̸̨̺͇̺͓̮̻͕̰͕̗̊̀̏̑̂̾̓͆̈́͛̿͊̇̈́͝ ̴̡̢̢̙̺̥͚̩̜̙̹͖̱̌͛́͒͗̃̈́͑͜͜ͅT̶̡̛̛̮̰̬͇̟̬͈͚͔̠̭̞̹̲̙̀̈͒̈́͑̓͝͠͝Ḫ̶̨̨̤͓͍͈̣͖͉͕̭̫̮̓͌͂̃̈́̍̀͘͜ͅẺ̵͇̞͖͖͍̈͗͛̀̀͑̂́̄̚̚ ̸̡͍̯̤͍̘̘̤̻̹̜̑̔̎̓̒̀ͅͅĆ̶̨̨̨̛̥͎̲̖͈̬̣̓̋͆̈́͌̕͝ͅO̴͕͚̟̫̱̙̼̹̤̫̰̠͇̗̣̒́̀̔̽̒͂̌̔͑̕̕̚͘ͅM̸̡̞͙͋̑̈́̈́̈̒̃͘P̸̧͕͕̠̩̹̘̙̦̪͉͚̳̍̄͒̽͂͠E̴̡̛̹͌̀́͌͘T̶̡͔͔̠̦̹̞̫̼̜̥̟̼̓͛̓̓͐̾̽Ḯ̵̢̖̥̦͚̳̘͈͖̝̙̬̲͕̺̝̐̈̄͂̈́̃͂̅̿̅͘̕͝͝T̸͕̻̰̀̈́̄̎͌̐̐͌̉̈́͐̋͝I̷͙̞͎̯̥̲̖̽͂̈͌͋̽͂̾̾͘͘͜͜͝Ơ̸͙͚͎̰͍͓͕̗̜̥͖̠̿̀̋̀̎̾̓͌̓̈́͌̿̃͝Ņ̶͚̖̱̫͚̩̯̱͈͍̰̤̠͈̍͘͠ ̸̧̛̥͔̲̦͕̮͔̙̿̒͆͜͜W̶̡̛͇̘̜̯͕͈̯͋͋͜Ì̸̢̧̛͕̜̭̳͉͊̀͋̿͛͝T̷̡̨͓͔̜͚̭̘̭͖̙̯̠̰͂̉̃͐̄͌̓͛͌̈́̈̍͒͂͜͠H̷̨̦͕̻͚̩̗̭̹̗̬̹͑ͅ ̶͕͗͊͑͂̄́̋̓̍̍͆͊͒͊̃̚̕N̶̢̜̙͈̪͉̮̝͔͉̼̤̖̥̻̳͆̊̓̅̃͂̽̈́ͅÔ̷̥̤͕͚̩̦̲̼͂̔͂̀̏̈́̅̌͘ ̴͔̞͉̮̦̼̦̠͈̞̻̽̐́̄̓̅̊͐̔̆́͘͘͝͠Ȑ̸̡̬̜͎͈̥̻̯͉̜̫̼́̋̀͐̄̓͜Ȩ̶̧̨̩͔̖̭̯̽̊̐͐̕M̶̡̛̖͎͈̱̠̫͉͔̼͗͘ͅͅO̵̢̺̮̟͔͆̎̉͗Ȓ̸̡͈̮̟̩̥͚̣̞̜̝̦̞̅͐̆͌͌͐̋͘͠͝ͅͅS̵̗̱̱̭͆̊̓͐̈́́Ḛ̵͎̾̂͐́̇̐̄̄̂͛̕͝. Thank you for understanding, I hope we may fight fairly on the field of Chaos.”

I cba to draw him properly

What does “cba” mean?

In all seriousness cba means “can’t be assed”

Vehicle Summary
A modified Yama Yosan Heavy Duty Lorry from the 90s, applied with reinforced frames and body with some of the thickest areas being 60mm thick being able to resist any 50cal and with metal bars for the 40mm bullet resistant glass. The truck has been modified to have a GAU-8 Avenger 30mm and with wireless controlled auxiliary 7.59mm miniguns at the rear. The truck retains the original engine but modified to modern standards with a 8.1L I6 Turbo producing over 1800NM of torque to haul the heavy truck with a modern advance auto transmission. An metal armored tank able to tank and push through heavy fire.

Gameplay Overview
The truck is mean armored beast, the ability to haul and pull with heavy objects is unmatched as well as the ability to accelerate swiftly, contrary to its weight, in less then 7 seconds and reach over 300kmph. However, the grip and handling is lacking and being the biggest target.

Passive abilities
"The Yama" The Raptor Yosan is able to handle any punishment with a ridiculous vitality added onto its already high HP being activated upon gathering the required armoring package.
"Repair" The mechanical repairs will be done throughout the match slowly gaining hp
"The Immovable" The truck weighs more then 4 tons, the weight is both its saving grace and its down fall…60% reduction in any physical melee damage and 40% reduction on negative effects.

Active Ability
"Auto Defened" The GAU-8 Avenger and the 7.59 miniguns can be activated to auto defened either passively or aggressively
"Blind" Using the lights all over the Raptor to blind and see through smoke and gas. As well as the main spotlight being able to auto target the enemy, be that inaccurately blinding them.
"Smoke" Using the stored up exhaust gas, it is able to release it after a certain build up to the right side of the vehicle.

Ultimate Ability
"Bio-Angriff" When obtaining the gas and chemical canisters, it is able to release the gas from the left exhaust fan to increasingly damage the opponents close to the truck and can create a trail to block off certain areas with the gas and chemicals.
"Last Stand" It will temporarily increase its agility and will detonate the gas and fuel to self destruct, a last resort.

Tactics
The definition of a beast it can easily move opponents and even budge other tanks. Combing “Blind” and “Smoke” it can easily overwhelm small targets and even tanks and combined with “Auto Defend” can easily pin down enemies in a CQB situation. Sliding the truck is inevitable with such power and it being RWD the truck will slide, however utilizing “The Yama” it can body slam the enemy and crush them, without losing HP, with a 80% resistance to ram damage. The one downside is its inability to swiftly escape from the enemy as the truck cannot turn well but if played correctly can easily escape with its top speed and acceleration, if properly driven. If the truck does not escape “Last Standf” well be available after passing >10% of its HP

Okay because many people asked me to:

An early prototype robot used for emergency response calls gone rouge. Stealing internal parts of other cars to create a flashy beast of a car that only a non human could control, Gamma 10 -33 is the perfect driver behind the wheel of this machine. A scavenger at heart, and that’s exactly what this car is good at. Fast and small this vehicle can run circles around it’s opponents, until it gets hit. Then you’re in trouble.

If you think a situation is getting a bit sticky then you can use the ultimate ability! This ability gives a sudden boost of speed, allowed you to either run away, or ram the opponent. The only downside of this ability is that opponents can see when you are about to use it as the side “charge” display lights up.

If increased surfaces to mount weapons onto is a thing, I’ll take it. I totally want to see like 1 million common teir weapons on this. Passive ability I guess.

With minimal protection the trade off between speed and armour is good, creating an excellent early game vehicle. Works well with a healer on the team just like anything tbh

dont judge my terrible photoshop, also reee writing is not my strong point

Okay new Deadline is the

Now I just gotta get my mojo back

as if this poll wasn’t done exactly for you

Yes. I broke my promise, just because I genuinely wanted to join this competition. Actually, scratch that statement I did a while ago, since SCC is kinda paused and I need some use for my free time despite all those stuff I’m having, I’ll decided that I announce my official return to competitions. But not for much, as I’m not as free as before due to a shitload of stuff going on.

The Memelord of the Silicon Valley

Hailing from the Silicon Valley, Oliver J. Braid is a self-made billionaire that owns Vectron Inc, a company known for eco-friendly EV motoring solutions, alongside with a bunch of random companies. He is a quirky, brilliant, hilarious, ambitious, yet cocky person. Not only that, he is also known for his knowledge of memes and is often seen shitposting on Twitter. When he heard of the news about the race, he do actually joined it just to showoff, while improving stocks, fame and meme status.

About Vectron Inc.
Vectron Inc. is founded in Palo Alto, California in the year 2012 by Oliver J. Braid and 2 of his friends, Jacob Dawson and Frank Hendrik-Miller. The company started out as a battery energy storage from home to grid scale specialist but in 2015 the company announced it’s first car, the Vectron GS electric sedan, which was praised due to it’s speed, luxury and safety. The company went on to sell more electric vehicles to cater more buyers, while investing in methods to implement electric vehicle infrastructure to eliminate the need of range anxiety. Because of that Vectron became the largest automaker in the world at the year 2025. 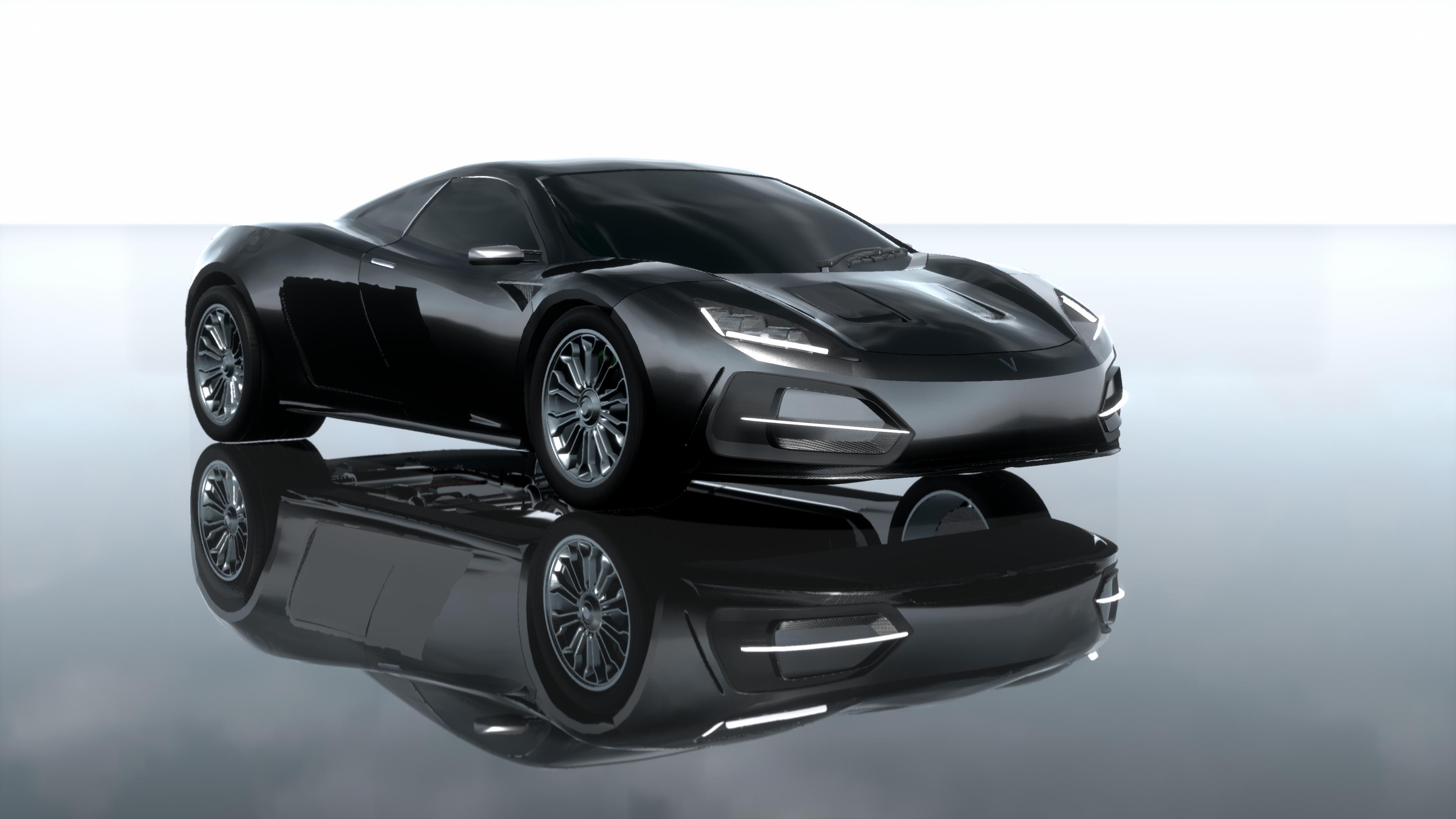 It’s the creation of the future. The liberal use of future technologies such as graphene batteries and carbon-fiber shell, keeps the vehicle light and zippy on corners. With four 1000-hp electric motors stacked on each corner, alongside improved handling-optimized technologies, the vehicle provides near-instantaneous accleration, robust control and superb stability without generating any noise. But these perks comes with a cost. It’s top speed is sadly limited to a mere 310 km/h due to modern-day tyre limitations, and the design of the vehicle means terrible durability and loads of oversteer. The vehicles characteristics may prove useful at shorter routes with plenty of curves and less obstacles. Seasoned players may find this a easy to learn but hard to master. 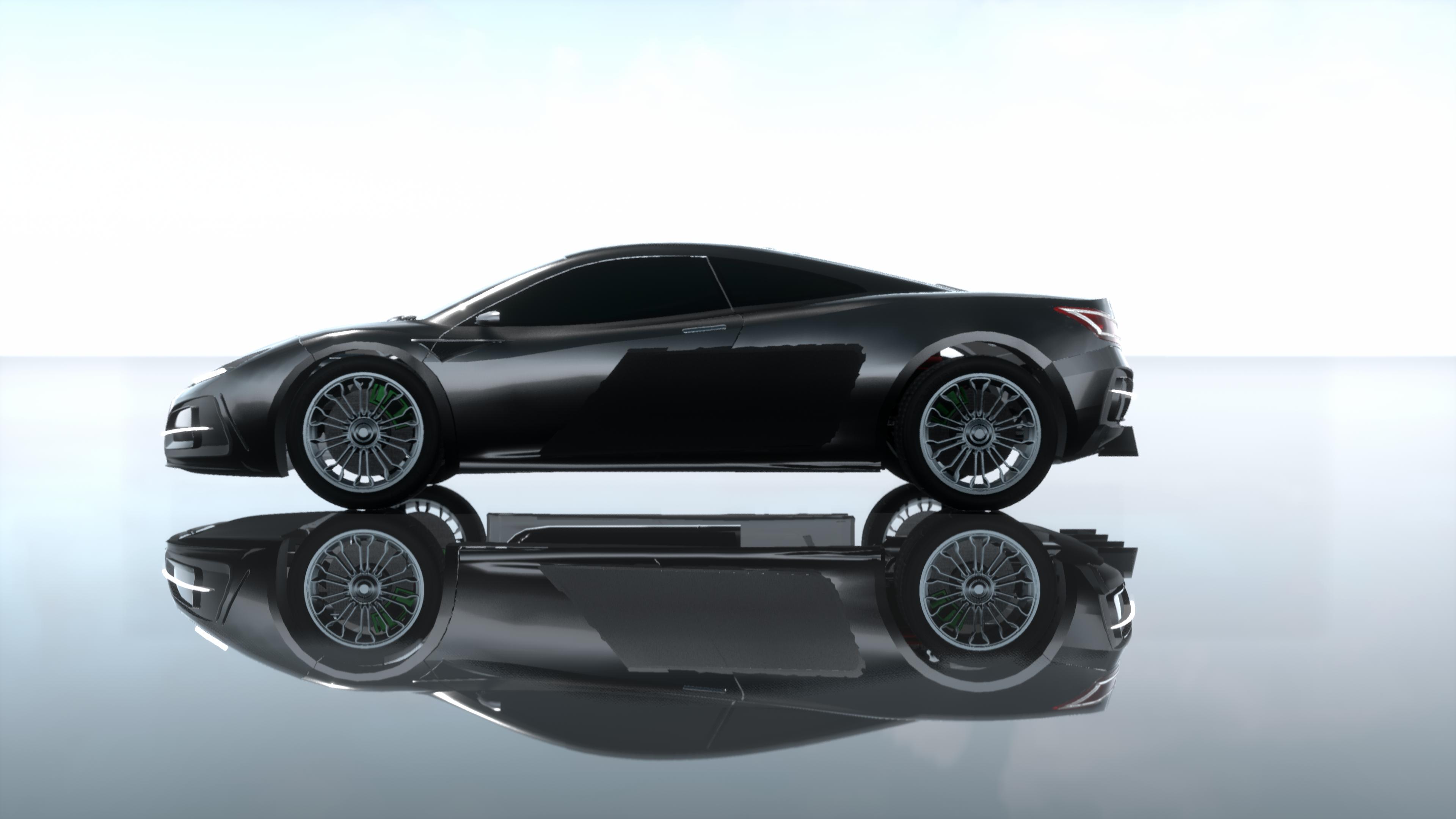 Ludicrous Mode: A slient boost that gives the vehicle that gains speed instantly and improves stability for a short time.

Supercharger: Gains 10% attack damage while attacking people with minimal speed loss and no damage to the player. Only useable for 3 crashes.

Meme Time: Distracting the racer in front of you with random memes appearing everywhere nearby to make them lose control to their vehicle for a while.

CYBRBLST: Gains more handling and speed while disables every other obstacle at the front. Only works in 20 seconds.

A S C E N D E D: All drivers at the front of the player will suddenly have a blasts of random memes, leading to driver confusion, loss of control to vehicle and of course, slower top speed and acceleration. 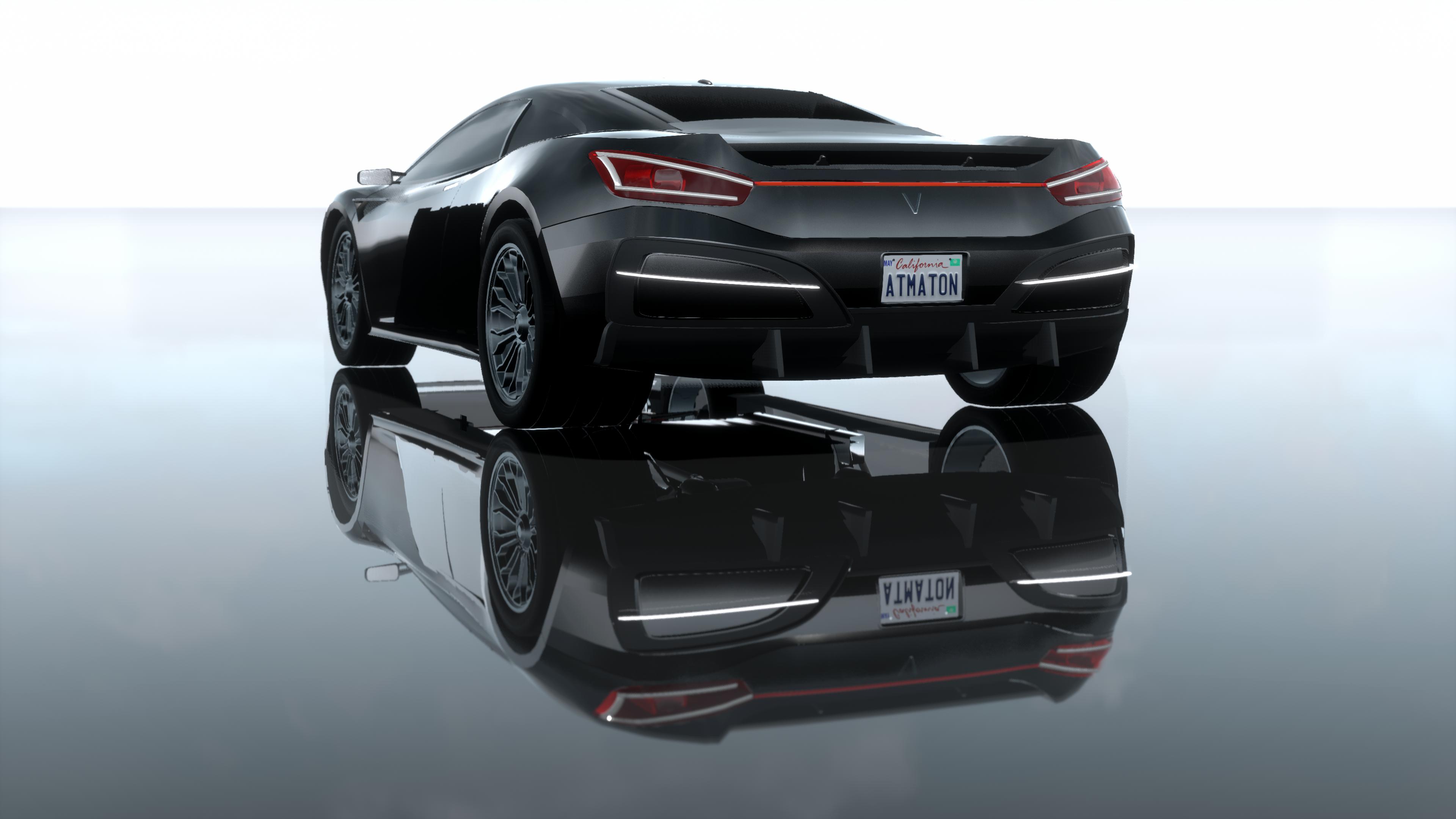