The Automation Gamer Challenge [ROUND 13]

Well…
It’s acceptable…
if it’s just a improved version of the colour you have/a minor update in design, it should be fine.

Black and red would be preferred 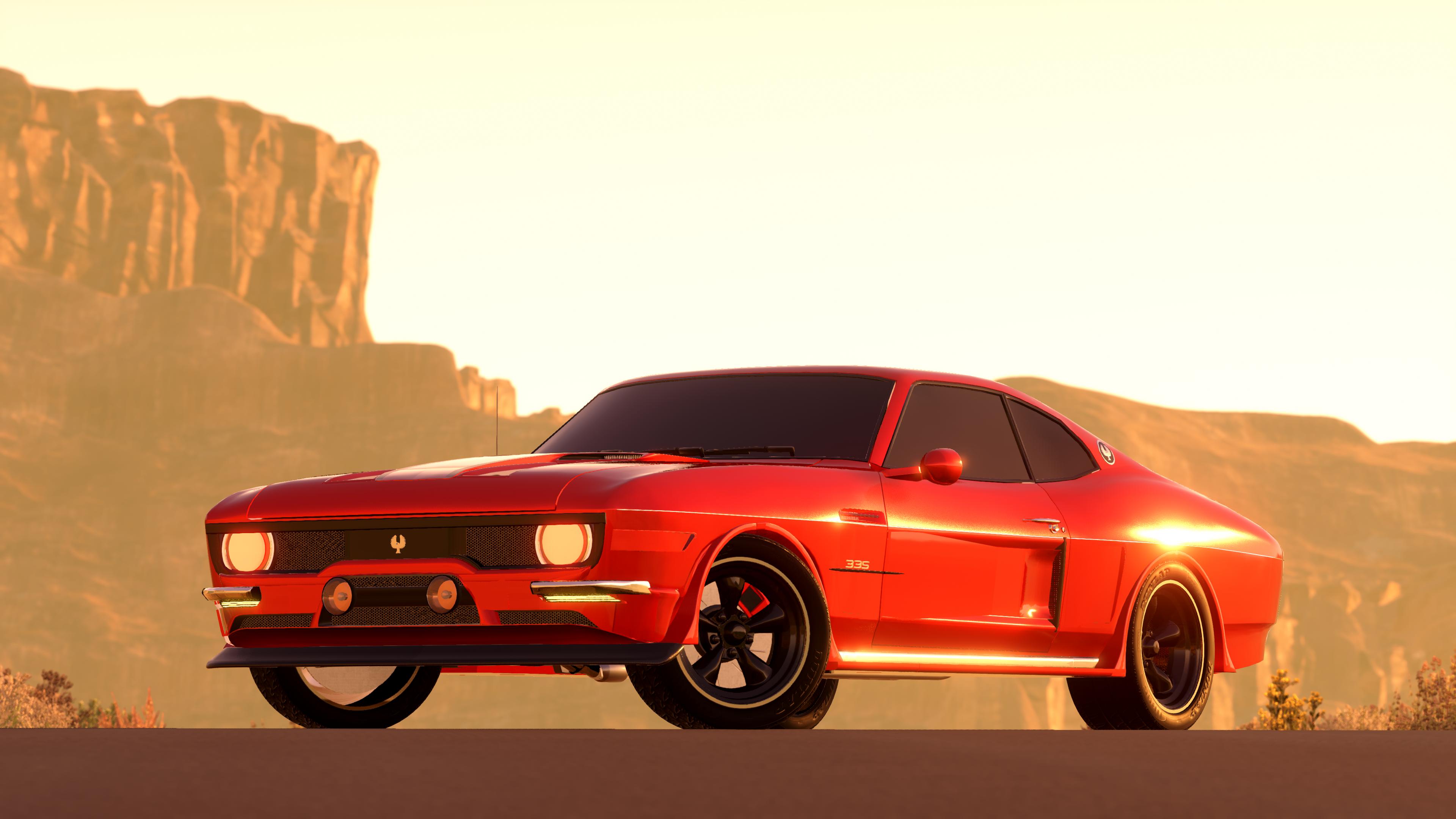 They say that legends never die.

For the 2013 model year, Athena Heavy Steel Industries presents the Dreadnought in the spirit of the original,

with a heart of American steel, the blood of high octane exhilaration, and wings of handcrafted sport compound rubber. 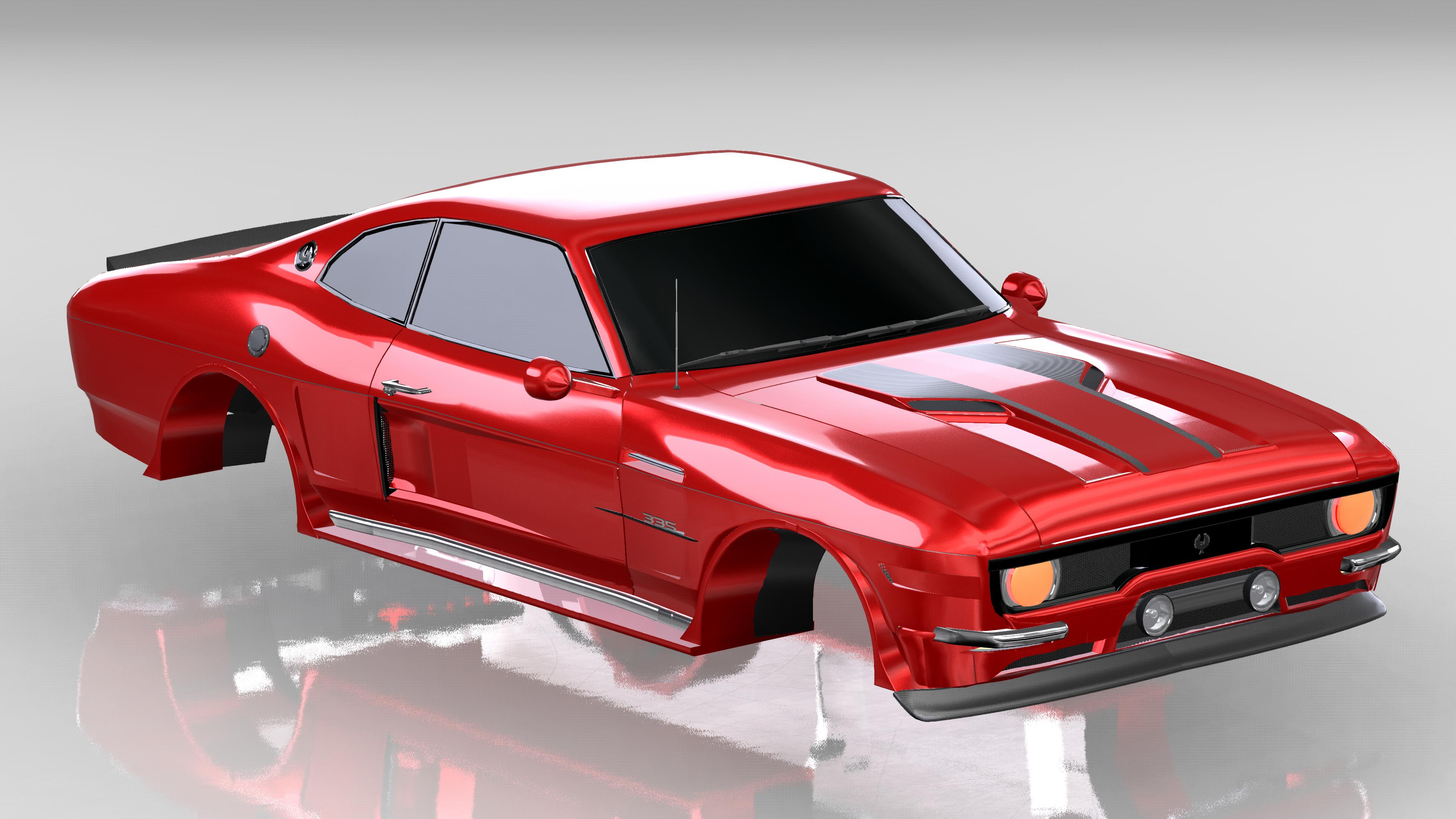 The AHSI Dreadnought is a name that is not forgotten, and bears an image that is forever remembered.

Like the phoenix reborn from the ashes of its previous self, the Dreadnought returns in its same form, but refurbished to modern standards and structurally optimized with computer-aided design.

Main body panels are hammered and forged by hand out of the finest steel from Damascus, while certain elements such as the bonnet, trunk, and door panels are composed of lightweight aluminum. 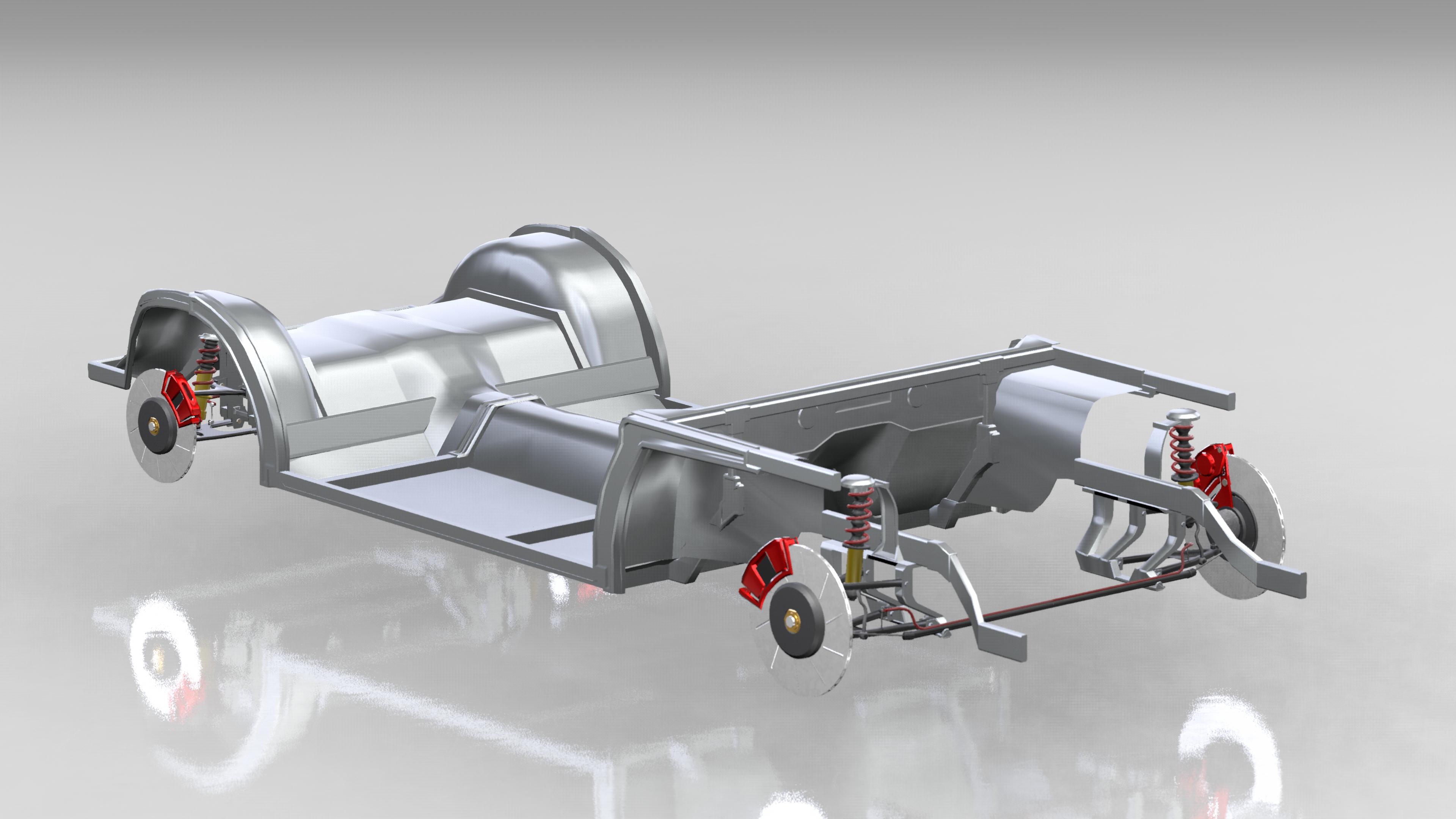 Don't be fooled by its classic and timeless design; the new Dreadnought is based on AHSI's proven SIGMA platform, granting it the stability, agility, rigidity, and comfortability of a modern sports machine.

Although the Dreadnought is not a light vehicle, it punches well above its weight class, outhandling other contenders of the same weight and even those lighter than itself. An aluminum sports-tuned semi space frame chassis ensures structural integrity under the harshest and most demanding driving conditions.

Fully independent suspension consisting of double wishbones at all four corners provide optimal traction and control at all times. Its consistent acrobatic handling inspires a fine confidence in its driver; after all, the Dreadnought is capable of more than just going fast in straight lines. Speaking of going fast... 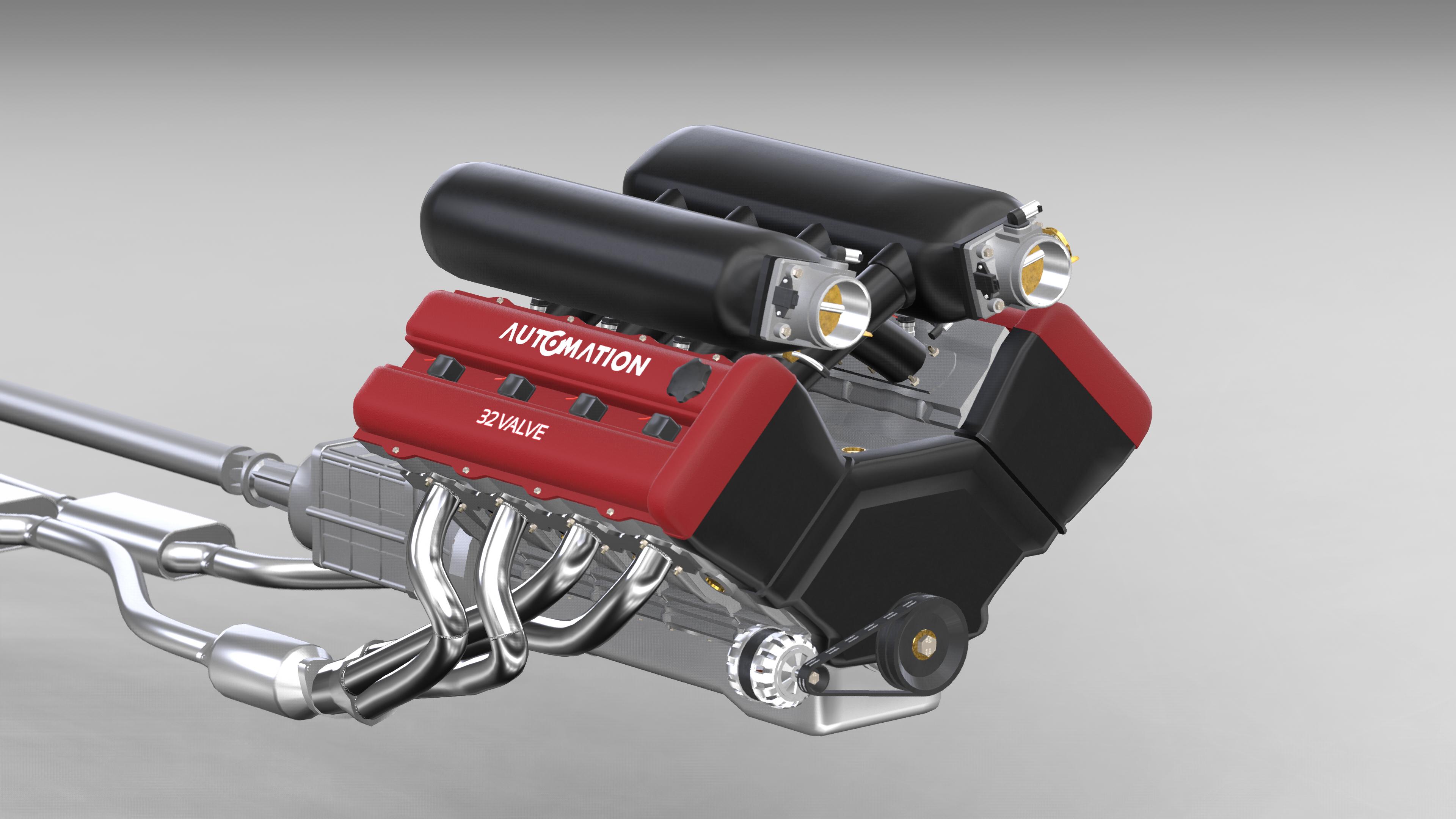 ... the heart of the beast is a magnificent example of what a true muscle car should have. The fifth bloodline of AHSI's "Brimstone" family of twin overhead cam V8 powerplants makes its debut in the Dreadnought.

The engine is hewn from fire and sulphur gathered from the ancient pools of cosmic creation. Glistening white-hot steel and aluminum is hand-forged into the engine block by masterful craftsmen with eons of experience behind their fingertips. Eight cylinders, no more, no less, are bored with thunderous Mjölnir, while the tubular exhaust is hammered into shape using the snakes of Medusa as a mold.

Sitting under the foot of any soul brave enough to pilot the Dreadnought is 527 horsepower and 427 pound-feet of torque, which burns with the heat of a thousand hells and rumbles with a force so great that the skies tremble in fear. 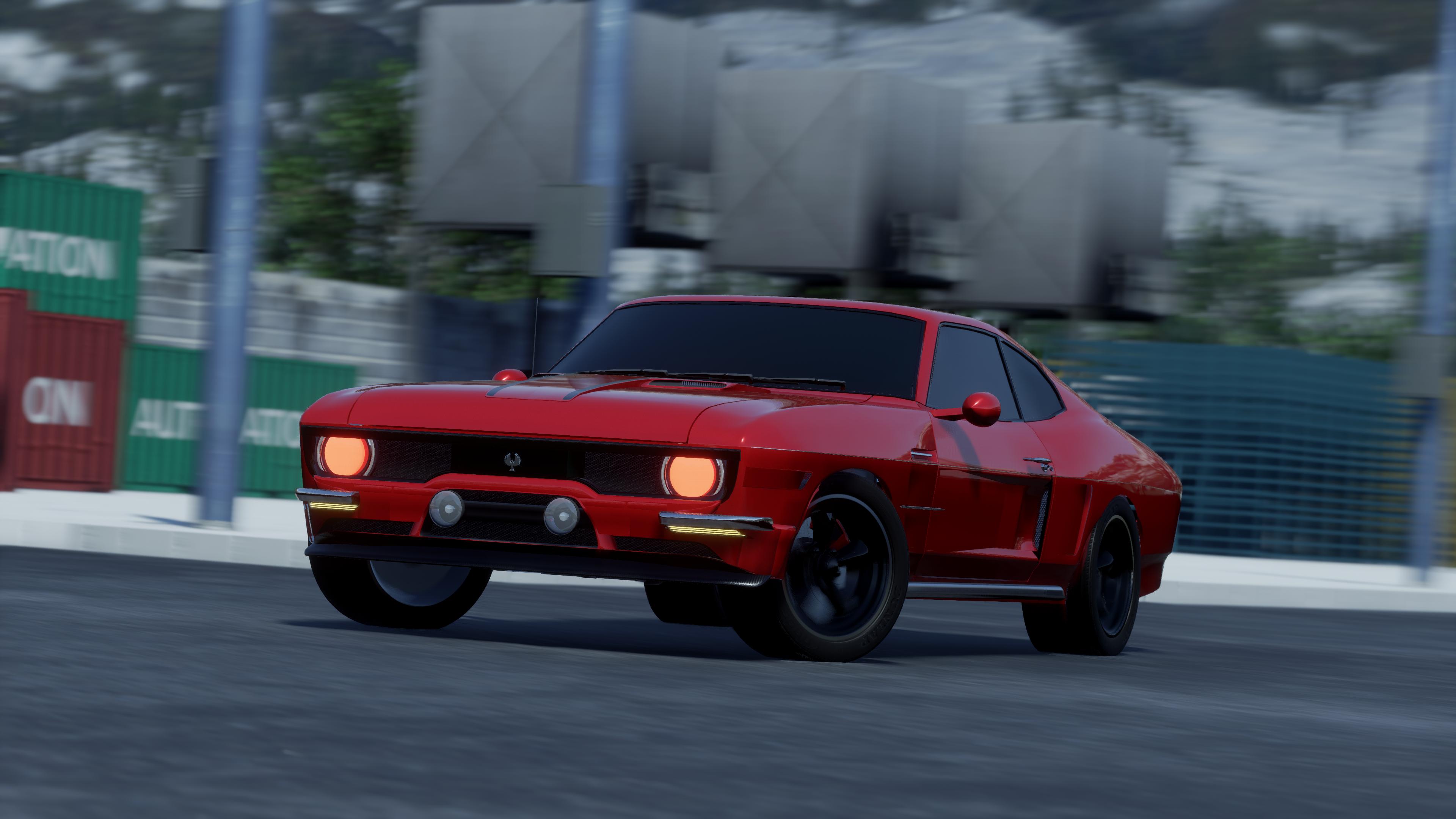 When the Dreadnought first stepped into the light of day in 1967, it sent bolts of fear throughout the performance car world. This time is no different.

At 12.19 seconds to the quarter mile, the Dreadnought is no slouch. But as previously established, it can go fast around corners as fast as it can go in straight lines; with its ability to sustain 1.15Gs through corners, the Dreadnought is more than capable of keeping up with lighter contenders.

So what's stopping you? Classic American style, heaps of raw 95-octane power, and an unexpected swiftness that embarasses Corvettes. Why settle for one of these when you can get them all with the 2013 AHSI Dreadnought? 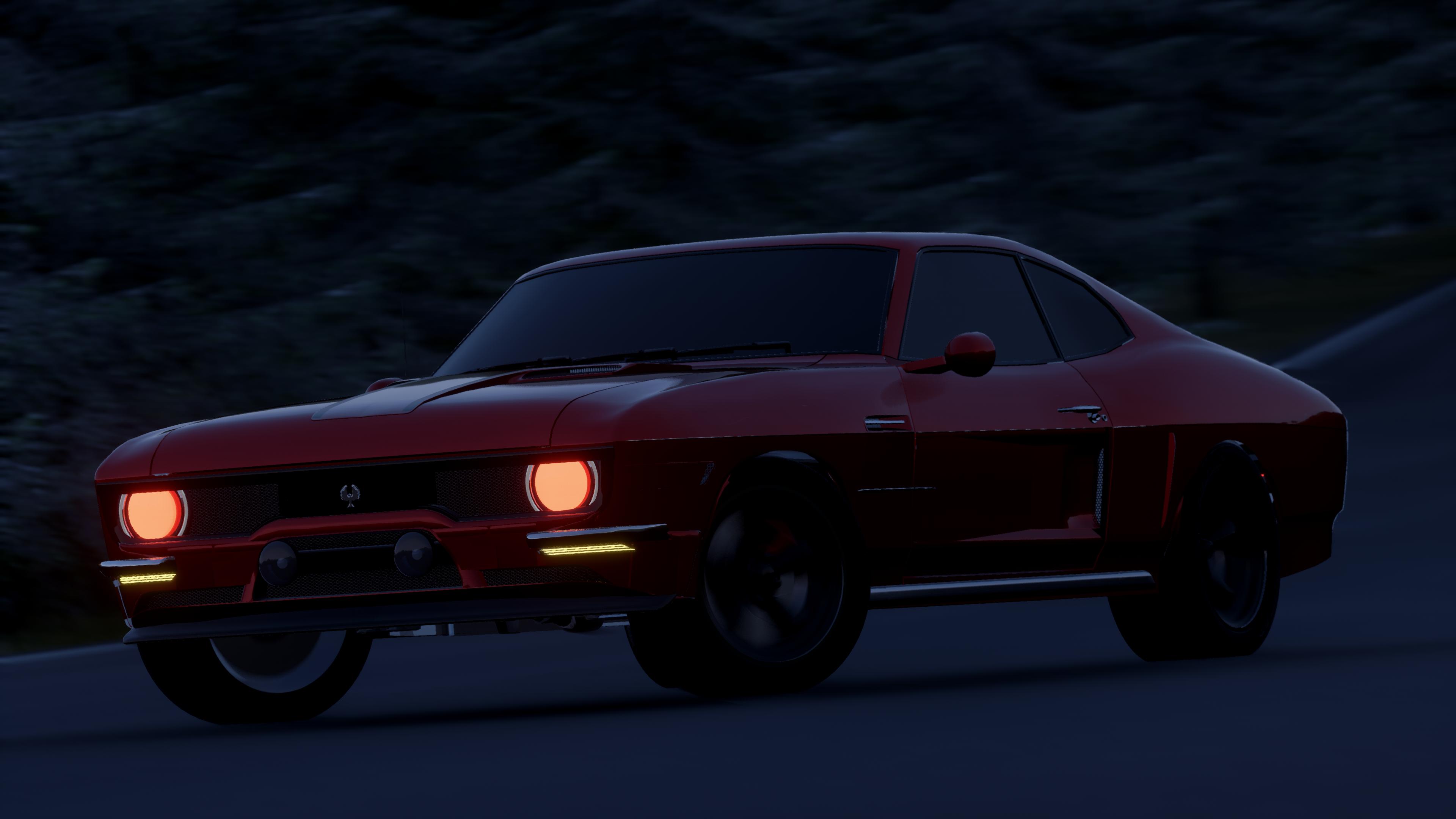 grafik.jpg2160x3840 781 KB
Dark and moonless night
Has never felt so right
An empty mirror only shows what's left inside
Lost in the city street
Electric tapestry
The neon becons me beyond its ghostly light
No longer I pretend
The staircase I decend
Will lead me anywhere but my unscripted end

Because there are certain individuals wishing to submit something for this but seemed to have lacked time due to a certain global pandemic;

I shall be extending the deadline for another week to 23:59 March 20th Hawaii Time.

Following a 43 year hiatus, Centurion brings back it’s pure American muscle car in style, upgraded with it’s 6.2 liter Nightwave V8 engine, pumping out all 620 horsepower and 500 lb-ft of torque straight to the rear wheels, guaranteeing the smell of burning rubber. 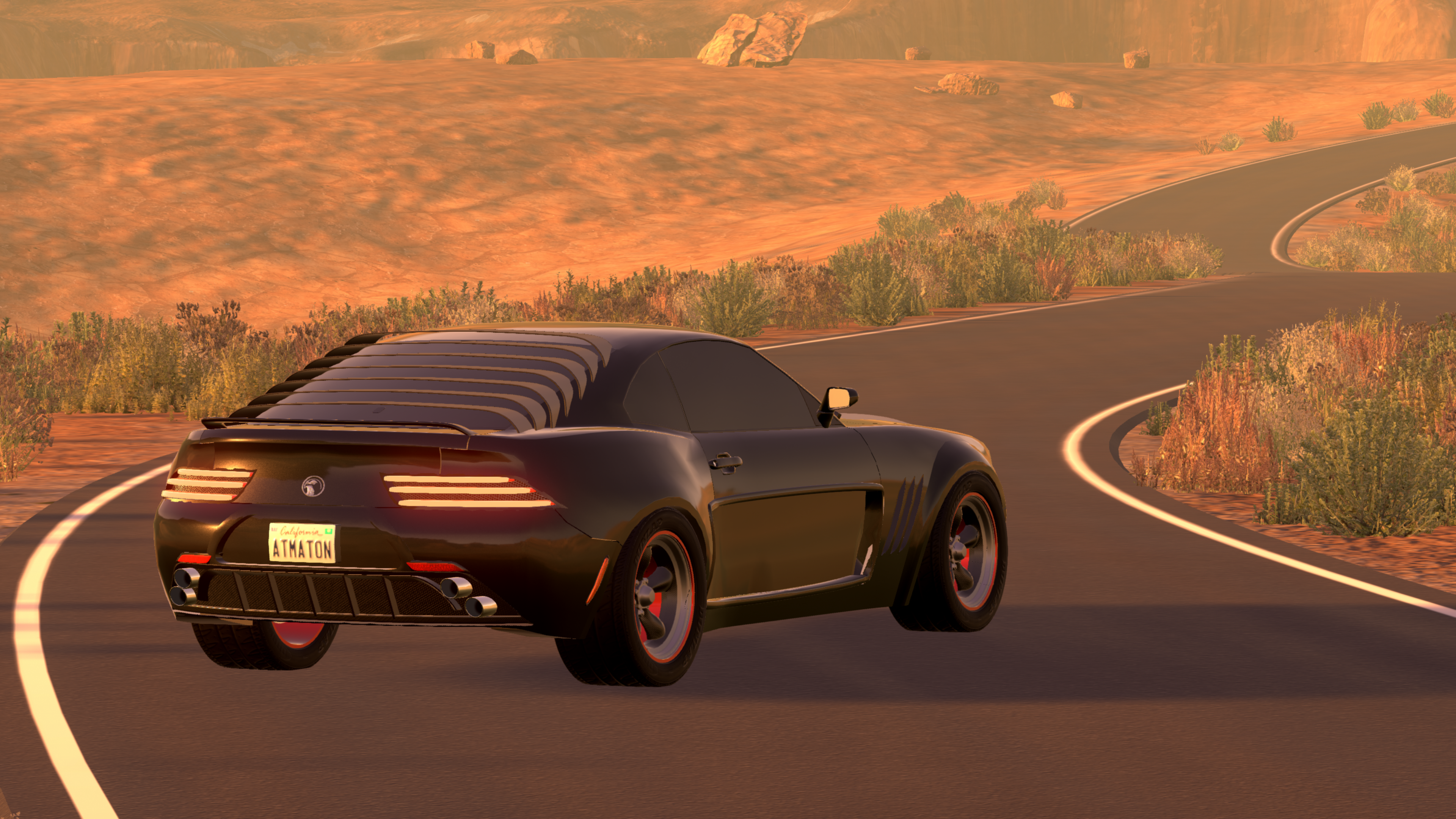 Although baring styling similarities to the mighty 1964 Centurion Thunder, the newest iteration is anything but the same inside. An all-aluminum chassis is aided by independent double-wishbone suspension at all four corners, making this the lightest and most agile model yet.

Under the hood, it’s no slouch either. The new 6.2 liter Nightwave V8 is forged by metals that can only be found through the depths of the underworld. The OHV N/A V8 redlines at 7900 RPM and runs on pure 95 octane. 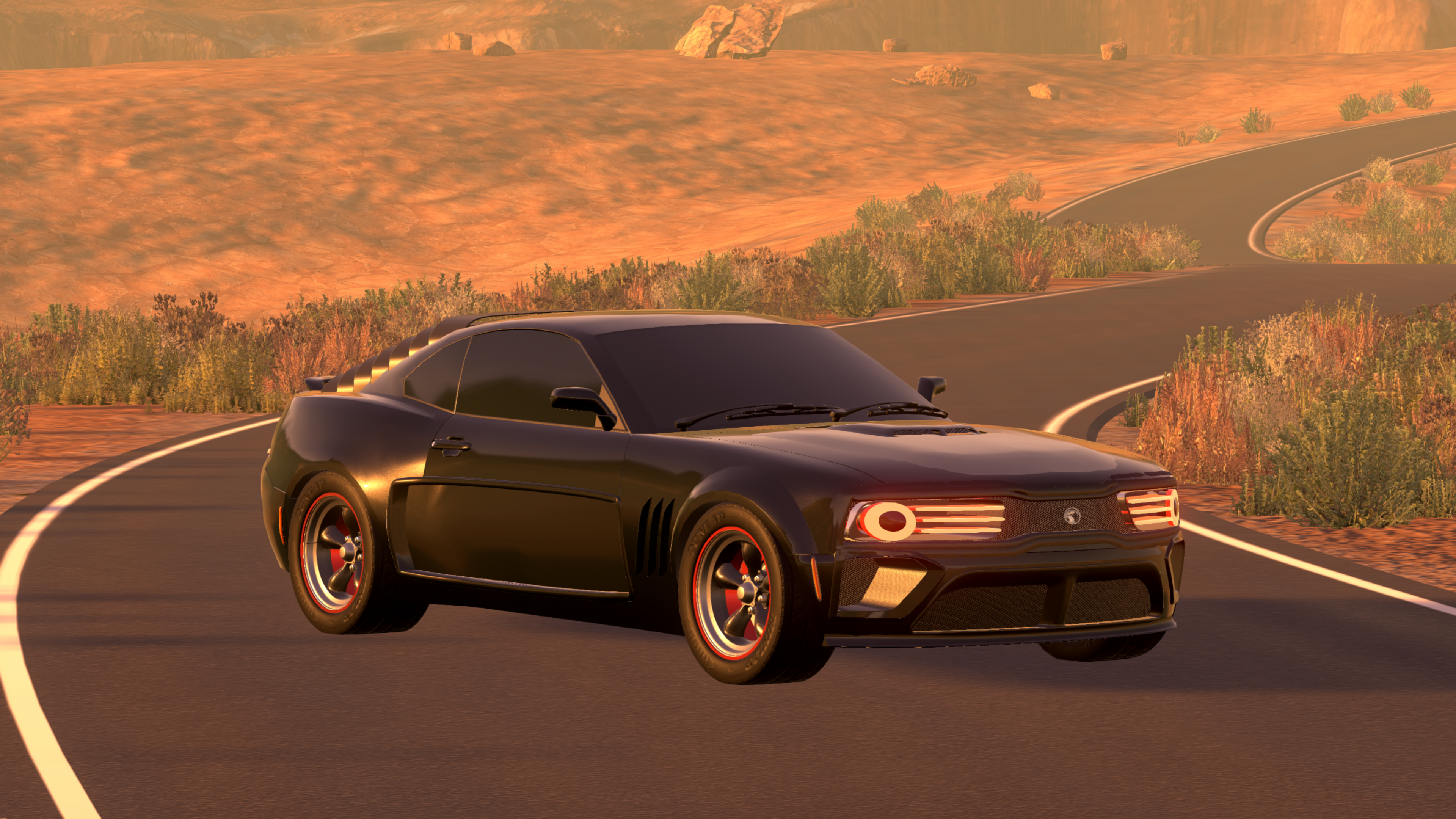 I know it’s not over the top or anything but eh, It’s a convertible

Progress doesn’t contradict tradition; Packing just the electronics it needs, coil live axle rear and the correct (60°) V8, the Orion is the last of the true performance cars, uncorrupted.

Totally intentionally out of focus

By definition, this is a Coupe, a Coupe Utility.

Big engine, Big Power, a sizeable Boot and doesn’t handle until you have sizeable Front tyres.
So it’s also Muscle

American… urh nah, it’s named after an Aussie Snake, it’s Australian in Concept, and has a Comet-Bar, which is Australian, But people liked the El-Camino right?

Also totally don’t mind to addition to the Snake eyes, some Kiba 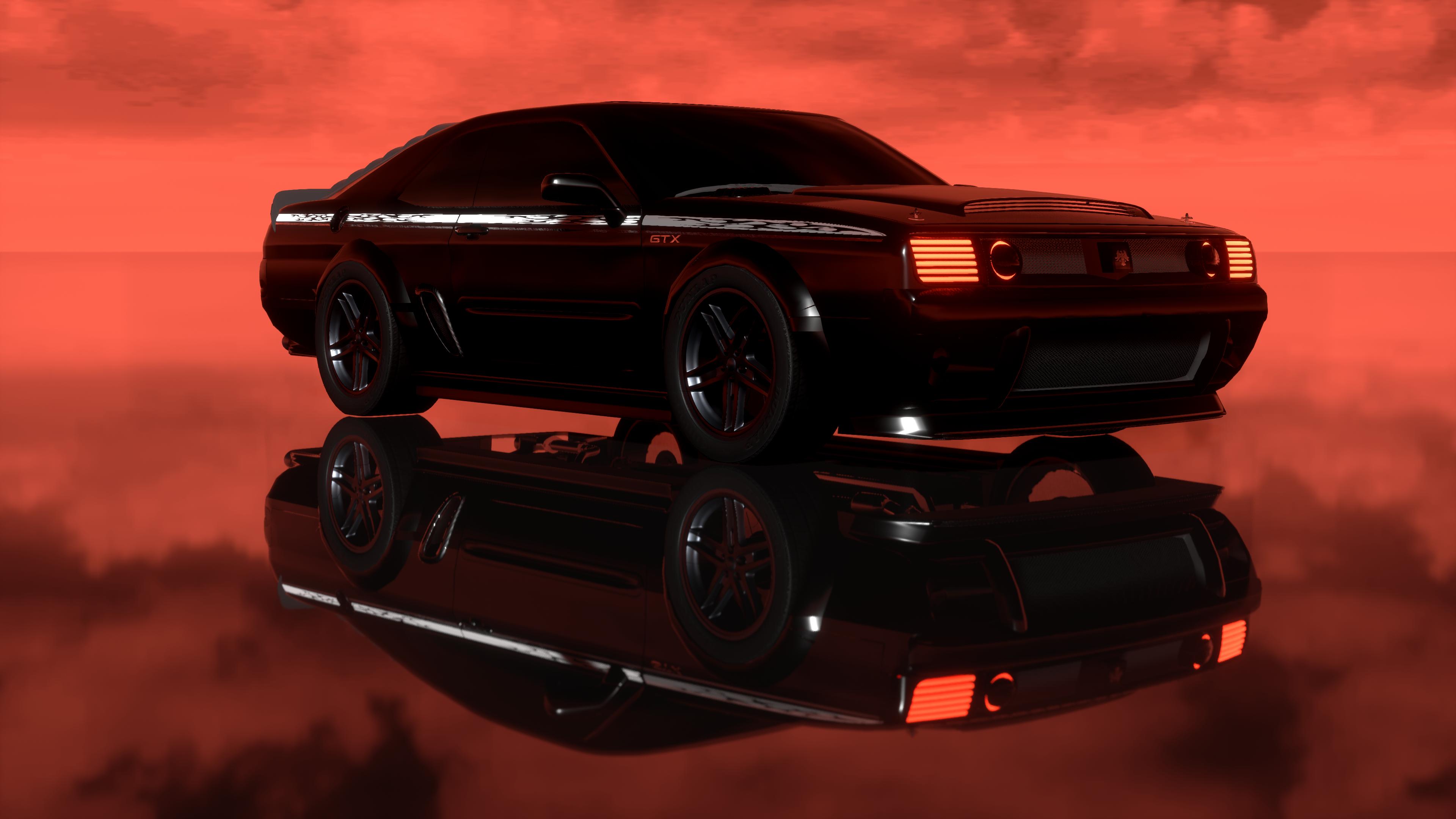 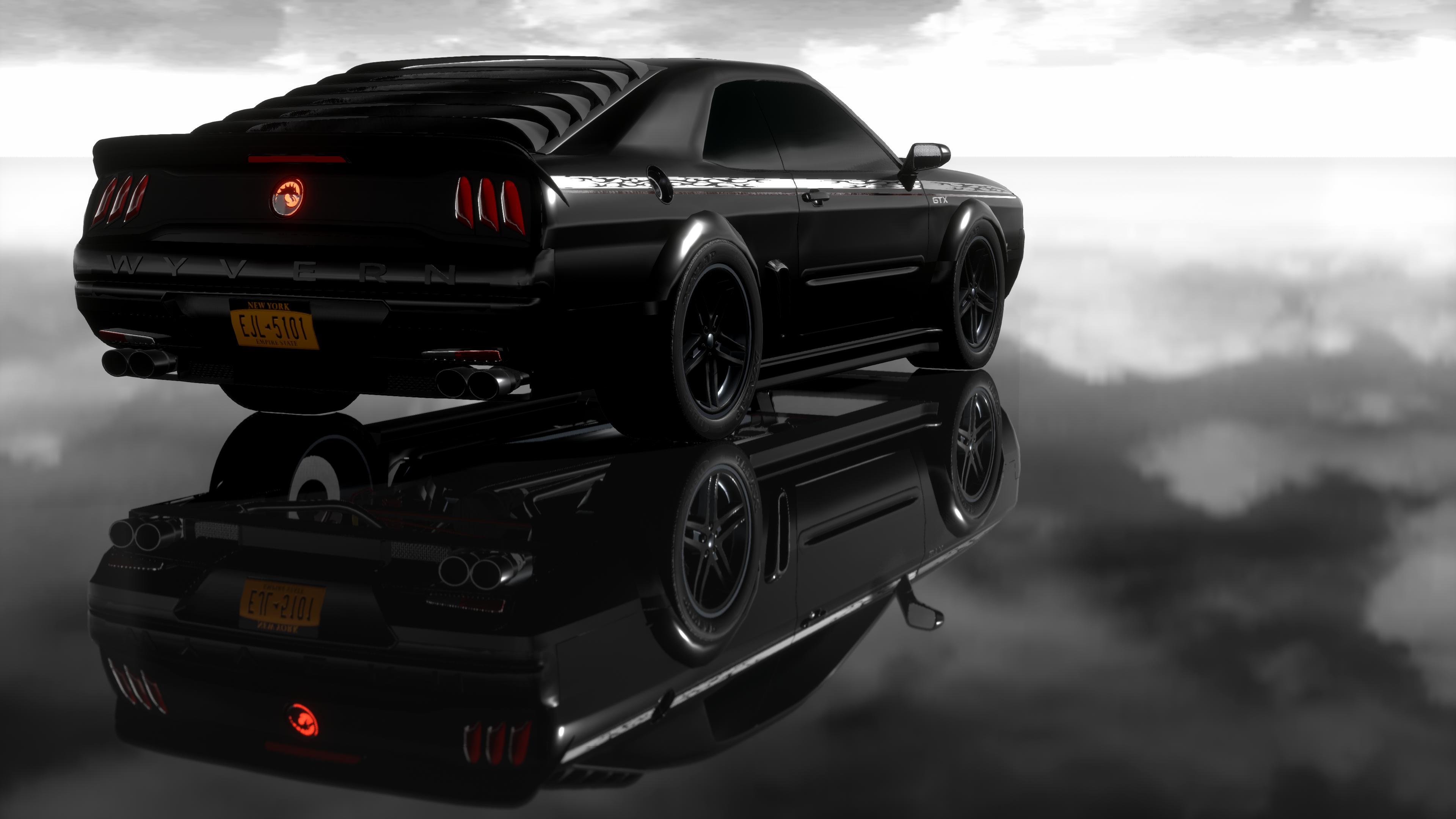 One more hour till Deadline

Judgement Day, about 2 weeks after.

or at least that's what the Boss says

The top developers of KOMPAK assembled in a meeting room yet again to discuss the final plans for the game before release.
They have received the designs from the indie artists that they reached out to.
Boss stands in front, and with the snap of his fingers, the lights switch off and the Television in the middle displays a collage of all the cars they’ve recieved - six different designs from six different designers.
The boss looks at everyone, and with the “manliest” voice ever -
“Sa~a, hajimeyou!”

A “woah” sweeped the room as the images of the first car flashes onto the screen. And one by one, the developers took careful looks at the cars and thus gave their opinions.

“I like the look of it.”
“It has an aggresive stance. I can see this being rather popular with fans.”
“It’s like it is staring into my soul!”
“I love how it just feels like something a demon would drive!”
“It’s engine is a 5.5L, I haven’t seen the others yet but that sounds fairly large!”
“We should use this one!”
“Would a car like this really match a demon like Durante? It is cool but it looks rather…?”

And with that sentence, everyone went silent.

“M-Maybe we should see the rest before deciding on this one!”

And so, came the next car.

A “woah” swept the room yet again as the images of the second car flashed onto the screen.

“The front end looks reminiscent of a certain car…”
“Yeah! I think this car’s front end looks like a modern rendition of it!”
“The wheels don’t really match it if you ask me. It looks like what my American friend’s dad would do.”
“Aren’t we marketing this to Americans?”
“Not those Americans!”
“The exhaust placement matches the car rather well, however the rear lights might look a bit dated…”
“It’s also pretty slow… Despite having a larger engine than the first one. A whole 6 litres yet it accelerates…”
“… not very quickly?”
“Yeah…”
“M-Maybe we should move on to the next one for now…?”

With everyone agreeing, the next car flashed onto the screen.

Opinions inside the meeting room were mixed for this car.

“That’s a rather long name. Can’t they just call it Durantemobile?”
“I like how aggresive the lower front fascia looks.”
“The front fascia reminds me of my fish.”
“The lights are sticking out, even the rear ones…”
“It doesn’t look very pleasing, but I think we could add some sort of power with it?”
“That sounds stupid. You’re stupid.”
“It’s got a 6.2L, and its way quicker than the previous ones too…”
“The side vents make it look more like a fish.”
“Can you shut up about fishes already?”
“Maybe we should skip this one…”

And so, the next car flashed onto the screen.

Again, opinions inside the meeting room were mixed for this car.

"Oh, no glowing lights?
“I love the front! It reminds me very much of that one car-”
“Okay no more comparisons, please.”
“Engine is a 6.5L, yet it makes less than the previous one.”
“Acceleration times seem decent enough, there isn’t too huge a difference.”
“The sides look rather empty.”
“The body seems weirdly proportioned. It looks like my auntie’s car almost.”
“Yeah, and the wheels look like they belong on my son’s car.”
“It looks like its blushing, doesn’t it?”
“Don’t bring your sexual fantasies onto our game!”
“Y-yeah, lets move onto the other one…”

While everyone was rambling about, the next car flashed onto the screen.

“Hey, didn’t we ask for coupes?”
“This is a coupe utility. So it still is a coupe.”
“We’re supposed to cater to Americans! Not Australians!”
“Durante is Italian-American, wasn’t he?”
“I’m very much confused.”
“T-that aside, we should talk about the car a bit more.”
“Its a beautiful design, everything just seems to work, doesn’t it?”
“Yeah! From the way the lights match the snake design, to the intakes sticking out of the hood!”
“It’s engine is the largest out of all we’ve recieved. A whole 7 litres!”
“It makes 1000HP as well, apparently. But its acceleration times aren’t as quick as I’d hoped.”
“We can’t keep it, sadly. Its slightly too Australian for what the game is supposed to be.”

And with that, they moved onto the final vehicle.

As the TV screen flashed to the final vehicle, everyone calmed down.

“Hey isn’t that-”
“We’re throwing you out of the room.”
“The name is really long… Why can’t we just call them Durantemobiles?”
“Anyway, this one seems very nice looking.”
“Yes, yes! The louvres really add to the vehicle!”
“The tail lights look rather weirdly proportioned, don’t they?”
“Nah, its just you… I think?”
“Something interesting is going on with the fender flares.”
“Engine seems to be on the larger end, a 6.5L.”
“Acceleration times are as quick as the other long-name car!”
“Do we use this one? Or are there any more?”

In the midst of all their rambling, the Boss snaps his fingers, and everyone silences themselves.

There was a long pause.

“Based on your opinions and reactions to the cars, I think I’ve managed to pick exactly the car. This meeting is concluded.”

A “woah” is heard throughout the meeting room, before the lights switch on and everyone leaves.
The Boss sits back on his chair.

“Let’s see if people will enjoy it.”

This is the only reason I joined
I did not come to win
BUT I’M GLAD I DID
I think I come up with an idea sooner or later.

You, yes you!!! Have been contracted to design the primary promotion vehicle/one of the vehicular Power jumps for ‘Comet-though: 2Anarchy’, a Side Scroller obstacle dodging game for Mobile Platforms A Jetpack Joyride game, Design any car or bike that will look the part dashing through a Lab causing anarchy as our Hero Grant Cilantro rushes through gathering distance in seeming endless labs with a JetPack. 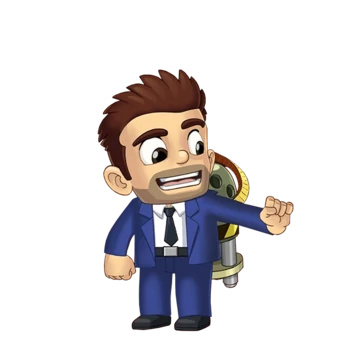 Basically any car will work… Just as long as it seems right dashing through the halls, going too big may be an issue with jumping,

Not much I can do about this, but if somone wants to convert my entry into the correct naming format and year that would be very apprieated (since im running OB) We can call it a joint effort if you want.

Quite a lot of mods of this one, so make sure it loads correctly I don’t want to be submiting a broken “car” spoiler, it’s a bike
Zephorus_-_Sportivo_MK2.car (30.5 KB)

No one complained… so off to build eh?