Damn this is actually pretty dang inventive. My only concerns relate to the year and the scoring system. This is clearly a mid 2000s themed round, yet the year goes all the way to 2019. That’s not necessarily problematic, but the large emphasis on how the car drives in Beam does raise a few eyebrows. If it were me, I’d limit the new cars to, say, 2006 or so, as well as make it so that somehow older cars are more competitively viable as well, if that is what you’re going for. I’ll be making something either way!

will look into it

or for each decade older than 2019 you gain bonus points

That’s fair if that’s what you want but you could also slide the balance a little more in the style favor, so if somebody manages to make an old car look cool it would receive a higher priority instead of just being higher placement by default?

changes to the description soo far

Any futher concerns I would be glad to sort out.

Quality points max 5/-5 for both cars and engines

Is this an overall limit (i.e. for the entire variant/trim) or does this apply to each individual slider?

for every slider in existence for both cars and engines.

Are these tuned for pure racing? If so, are we allowed slicks, and aero part in excess or is it just sportstires and one wing?

And do we have any regulations on cats and loudness?

Ah, i totally forgot about that
Yes, no race parts and tires, but you are allowed a wing and lips

There is no regulation on cats and noise

*final last minute rule change, older cars gain a multiplier on their design score, the older the car the higher the multiplier!
it ranges by decade instead of individual year so a car set in the early 60s will earn the same mulitplier as a late 60s car

Good Luck and have fun most importantly

My entry is the 1984 Courageux Courchevel GTX

Do we get bonus points for using the glowstick fixtures as neon? XD
Very inventive competition though.

i’ll make sure to appraise neons during judging

This will affect how i tune my car. 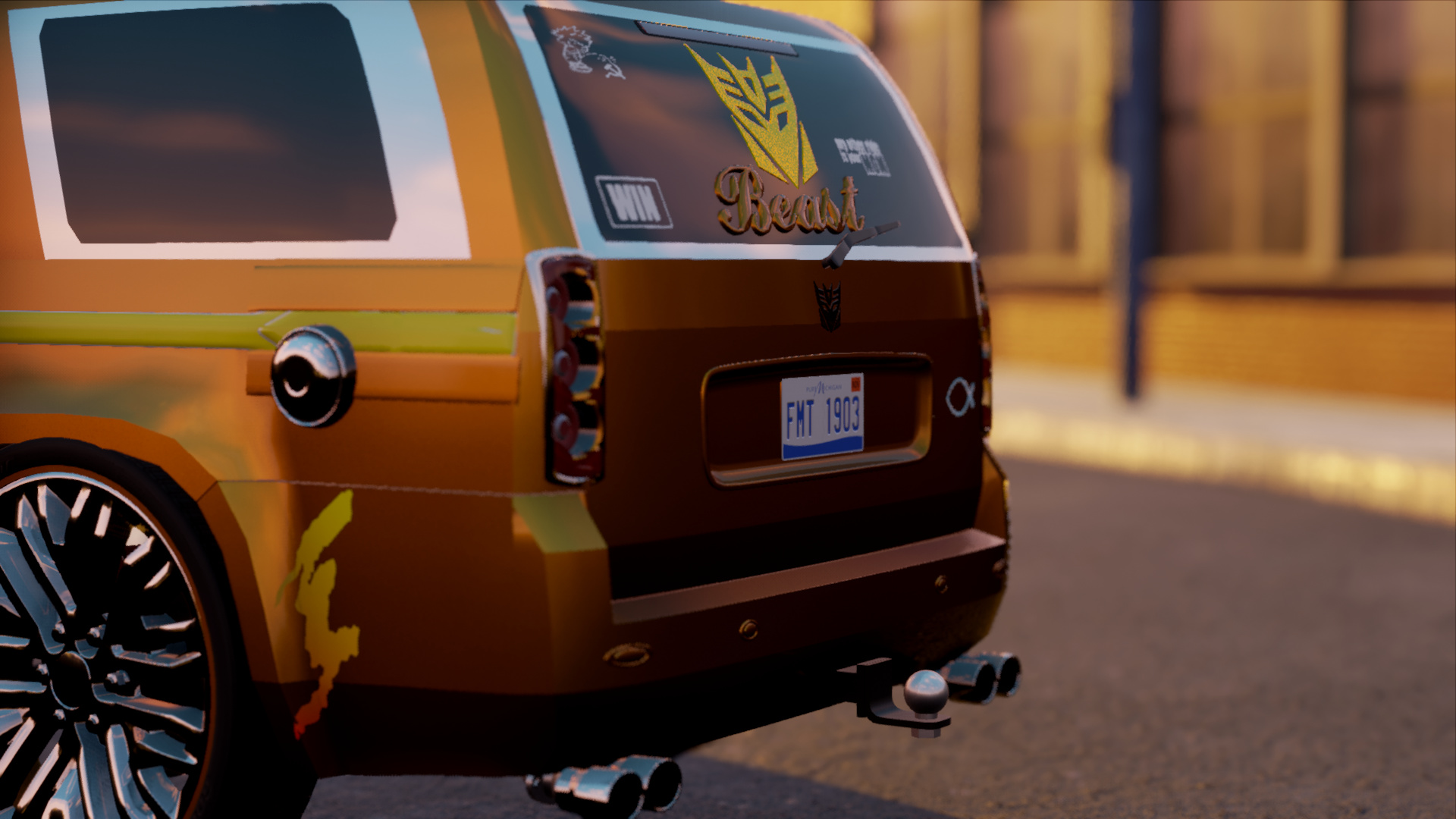 The Turból Miami was introduced in 2008 as premium GT car to compete with BMW’s 6 series and Jaguar’s XK. A 5.8 liter, 400 hp V10 was the most powerful engine available on release.

But this DUB Edition shows what the model is capable of with mostly bolt-ons. Aesthetically, it is lowered on 23" rims, and given a modest body kit including a re-styled front bumper and lip, side skirts, and a rear wing.
Mechanically, the only upgrades are stiff, low coilovers, 6-piston big brake kit, stiffer swaybars, and, most importantly, a TTR turbo kit. A big turbo kit. Along with the included turbo-back exhaust upgrade and a ECU re-tune, power is increased to 1,007 horsepower.

Can you handle it?

HiResPhoto123.jpg3840x2160 1.18 MB
Fitted with a 5.8 Litre Cast iron V8, a Vinyl Roof and some snazzy hideaway headlights, be slightly more distinguished from the rest. with just enough power to question if you need more or not.
Totally not a Ford LTD Rip off

HiResPhoto125.jpg3840x2160 858 KB
Same 5.8, Vinyl roof and Headlights, However modified with a few off the shelf parts for optimal Tyre destruction The Australian way such as a Carbon Bug catcher, a Supercharger (In reality Turboed), mechanical injection conversion, some nice Cannons round back, a 4 speed sequential Gear box (No 2 speed powerglide), and some Speedmaster parts to monitor the Racket under the cut hood.
Some aesthetic changes include a Purple Flake Paint job, 28 inch Rims, and some cut fenders to accommodate, and some minor sponsors.

These gentlemen have gladly allowed us to take pictures of their cars for Comparison, and some nice shots in general at this carpark.

Enjoy 2 plys on the ground and 1 on the tyre