The Crowd Sourcing Competition [Round 25]

Thank you for the excellent round @titleguy1 and the kind words @Rk38, I’ll pass to @Mikonp7.

I might have an idea. I will cook something up

A man and a boy are sitting in a luxurious living room. The man is wearing a nice suit while the boy is wearing normal clothes. Both are sitting on a nice leather sofa, watching the TV. The man is smoking a big cigar and puffing big smoke clouds. “Seems like a quiet day, Mister Smith.” The boy says. “Don’t praise the day before the evening George. Megapolis never sleeps.” The man answers while exhaling big clouds of smoke.

Suddenly the program on the TV changes. A woman in with voluminous hair and a pastel colored dress stands before of a bank. In front of her is a microphone while behind her the blue and red lights of the police cars light up the bank façade. She speaks into the microphone:

“I am here live, at the scene of an active bank robbery. Police are at the scene and have surrounded the building. There are alleged reports of hostages being taken inside the bank. Also…” she looks past the camera “We just got the news that the ‘Laugher’ is also present in the building. For more news keep on watching on Channel 2”

“Have you seen that George?!” “Yes Mister” “Its time to get to the stallion!”
With that Mister Smith presses a red button hidden underneath one of the arms of the couch. With an instant the sofa starts lowering, with both men, into the ground.

The sofa lowers itself into a big room filled with straw, wood pillars and many computers which buttons are lighting up in random. On the couch both men are already in costume.

The man is wearing a brown spandex with a darker shaded cape. His face is covered by a brown horse mask with features a long mane which flows in the wind. Next to him the boy is wearing the spandex, but in white. He also has a horse mask on, but instead of a long mane it features a horn on its forehead. Both jump up the couch

“Horseman ready to trap the evil outta this city!” the man in the brown costume says.
“And his sidekick: Uniboy!” the boy adds.
“Quick Uniboy! Sattle up in the Horsemobile!”
Both run around the corner where a roof light lights up the ground
“Horseman the car is not there!”

“CUT CUT.” A man screams from his elevated seat. The crew instantly floods the stage and hand the actor’s cigarettes and touch up their makeup. The man on the seat screams again “WHERE THE FUCK IS THE CAR.” A visible freighted boy in his early 20’s comes up to the seat. “Ummmm the firm we ordered it went bust and…” “IT WENT BUST!? WHY DON’T I KNOW ABOUT THAT” “… Well Sir, we…”
“I DON’T CARE! YOU, INTERN! BRING ME A COFFEE!" A speckled young boy scurries in search of coffee.
“Well Sir. The firm went bust, and we don’t have a replacement for it…”
“WHY DID NOBODY GET A NEW ONE THEN?!” “Well we are on a tight deadline and…” The intern comes back with the coffee and the director takes a sip. “WHAT IS THIS SHIT” he throws it on the intern who tries his best to not scream from the pain of getting hot coffee poured over him. “YOU! Bring me a new Coffee! AND YOU!” he points at the assistant which was talking with him,” TO THE RV. We need to make some calls”

Suggestions
-The car should represent the character of “Horseman”
-Even though it is a Live Action Movie, it is based of a comic book, so the car should look more cartoonish
-The use of gadgets is highly encouraged (Weapons, Turbines etc.)

Naming is as always:

I will only accept files send per DM here.

Deadline will be the June the 5th 3am UTC+1

Are reliability and workplace health&safety, concerns at all?
I have something in the works, looks like a nightmare so far and only gonna get worse.
This guy is my inspiration, which may or may not be helpful.

This is only for looks. Performance doesnt matter.

Also. I havent received anything yet…
Soooo

This is only for looks. Performance doesnt matter.

Also. I havent received anything yet…

In the words of William Cosby:
Fourteen inches diameter PIPES!!! 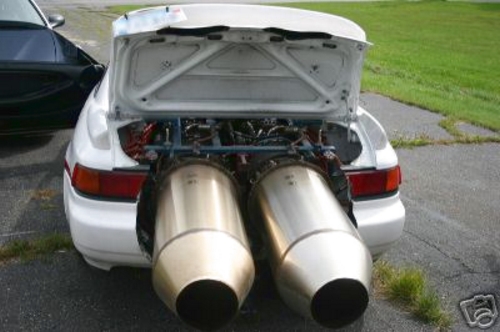 Ummm… Thats kinda the spirit of this competion

Give it a lick, it tastes just like raisins:

No cause for concern. The heroic Horseman will show you where the lemonade is made.

HighresScreenshot00183.jpg1920x1080 949 KB
Yes, I enjoy making ugly cars.
No, I did not listen to that stupid song. Real Horsemen stand in the rain, and listen to this.

It’s a functional car, with 322 angry horses reined in a straight six configuration. It will not turn into a plane if you stroke on its mane, but the right pedal will make it fly all over the place. For dispatching horse haters, it carries a 7.62 turret and double .50 machine guns at the front. Warning: do not tug on its Winkie.

Built on a truck chassis and designed by an overworked and underpaid designer you get what you’re given.

Does it look anything horselike? Hell no, but neither did the old TV Batmobile so all’s fair right?

if this doesn’t win i’ll be disappointed lol